Carol came to us at a time where films about acceptance and “taboo” issues seemed to be dominating the market.  This film in particular seemed to be made knowing full well that it would be Oscar bait.  The story of Carol is something unfamiliar to what I have experienced in this particular genre subset which can and does serve as a breath of fresh air in what is becoming an oversaturated market.  What sells this film perhaps more the anything else is actress Cate Blanchett.  Her presence on screen at this point in her career is so commanding that is hard to ignore a film where she is attached.  The relatively young and upcoming Rooney Mara is also attached to the film and being such, it was one I did not run out to buy right away. 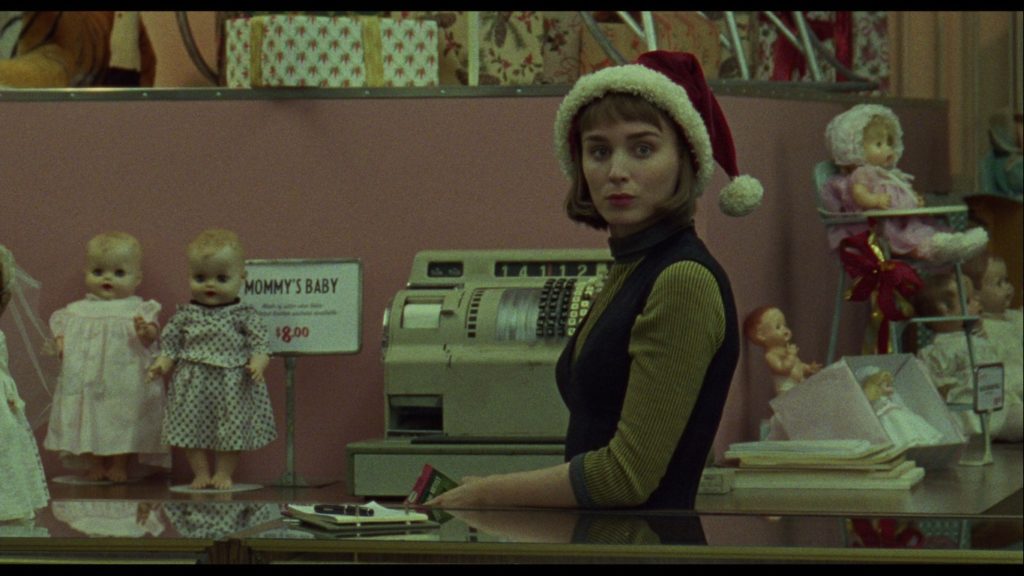 The film follows Therese (Mara) a young woman trying to make it by as a photographer (although, only sort of, we see no actual effort until Carol is introduced) in New York City in the 50’s.  She is currently seeing a young man who seems all but perfect for her and carrying a job at a department store which has left her unfulfilled overall.  Enter Carol (Blanchett), whose interaction is so brief with the young Therese but there is some electric between the two right away it would seem.  As the film progresses so does their relationship blossoming into something unexpected and semi-poisonous to the both of them.

The story of Carol, at its core, is one of love in all its many forms.  There are numerous problems with the film and the plot it chooses to follow.  Therese as a character does not seem to change on a drastic level yet everything around her seems to adjust in a rather dramatic way. I find this not only hard to believe but as a whole, unconvincing. I find that the metaphor of love at its different stages does well, yet is not approached well enough to carry the movie to a better level.  This leaves the film feeling cold, and unsure of what experience we were left with. 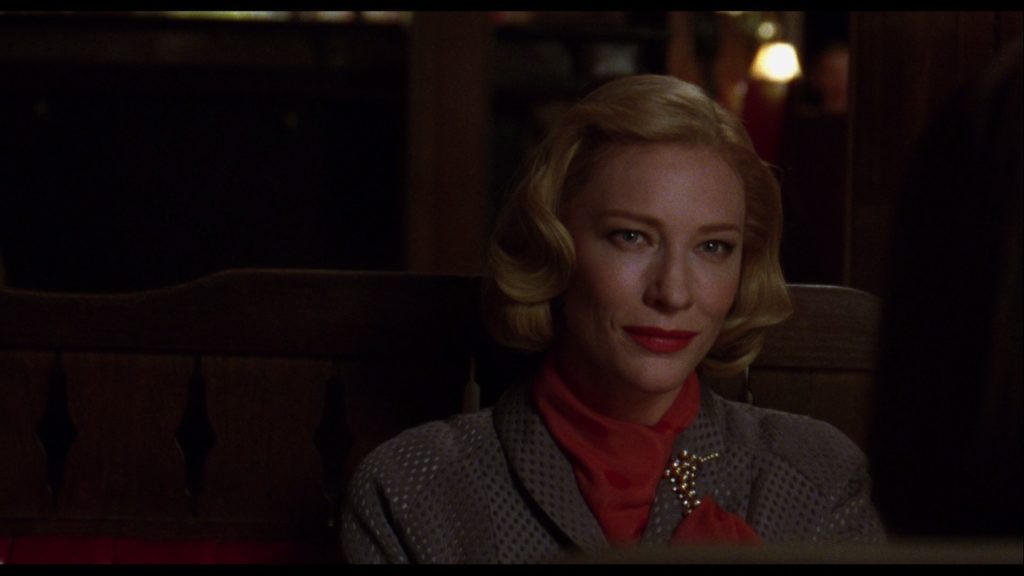 The film simultaneously feels old and new.  Strange to those of us who never experienced the time period yet I’m sure the opposite is true for those who did. Director Todd Haynes along with help from cinematographer Edward Lachman was able to capture a distinct time period to a very real degree.  Focusing on everyday patterns and habits managing to capture the lives of real people rather than coming off gimmicky.  There is a lot happening from one scene to the next and as such we are drawn to the characters and the scenery which plays well into the time period. 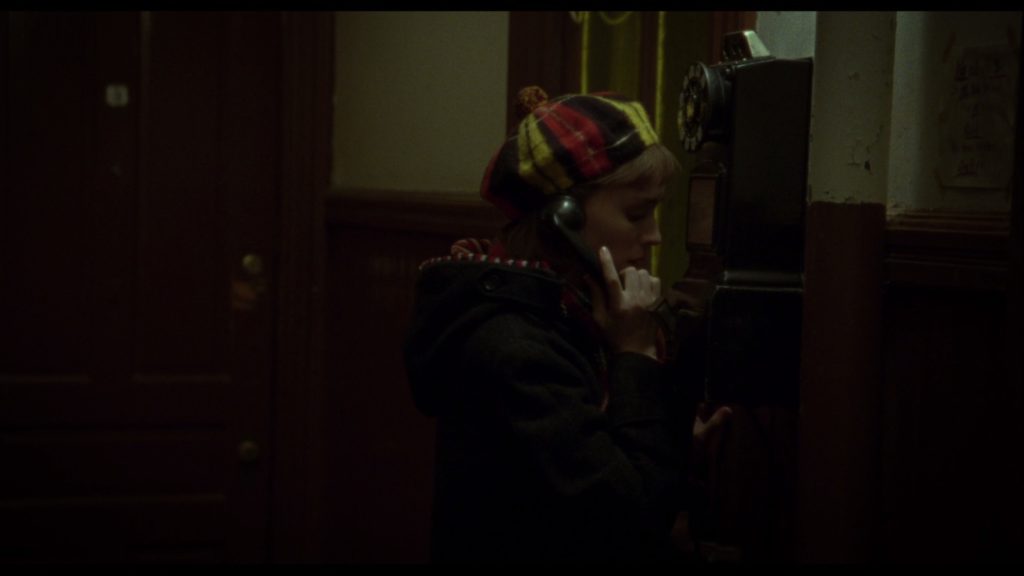 The film as a whole feels quiet. The air that weaves throughout the story is void of too much noise to distract from the characters. Whether it’s the score or the the the story itself I cannot be sure, but everything seems slow going.  Like the story is simply taking its time.  Beyond that, we are given a beautiful score and music accompaniment, one that is fit for the unique story underneath. 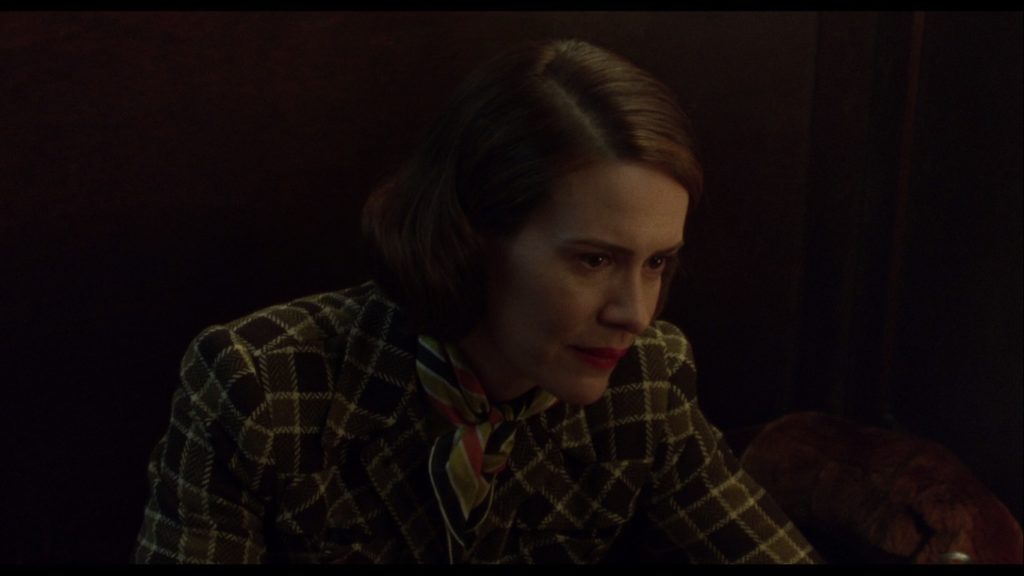 The edition I purchased, well past the original time of release, features a typical eco-case and a single disc inside. I did not purchase in time for a slipcover although you may be able to find one at your local resale/used movie shop if you happen upon it.  The artwork is distinct and just memorable enough that seeing it you can immediately associate it with the film.  Although the artwork does set a slightly different tone or the film and just continues to play off the Oscar bait vibe. 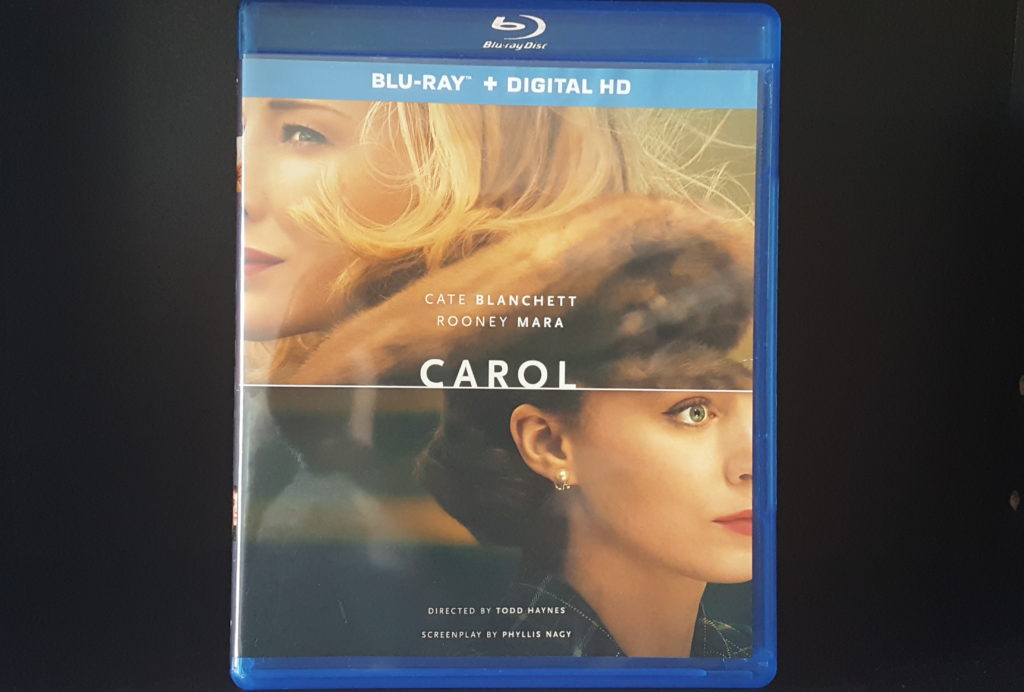 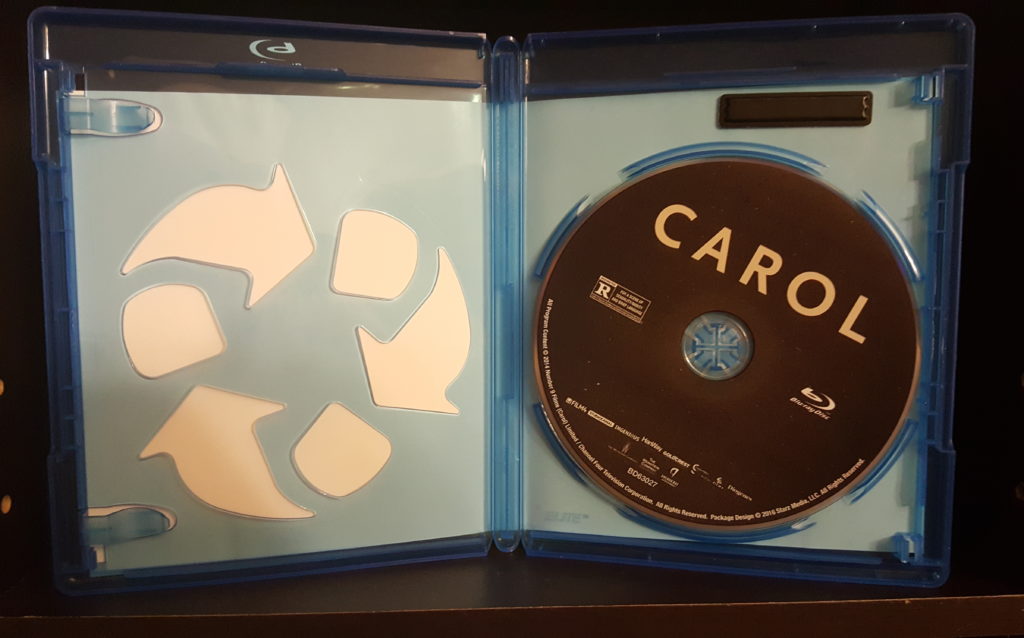 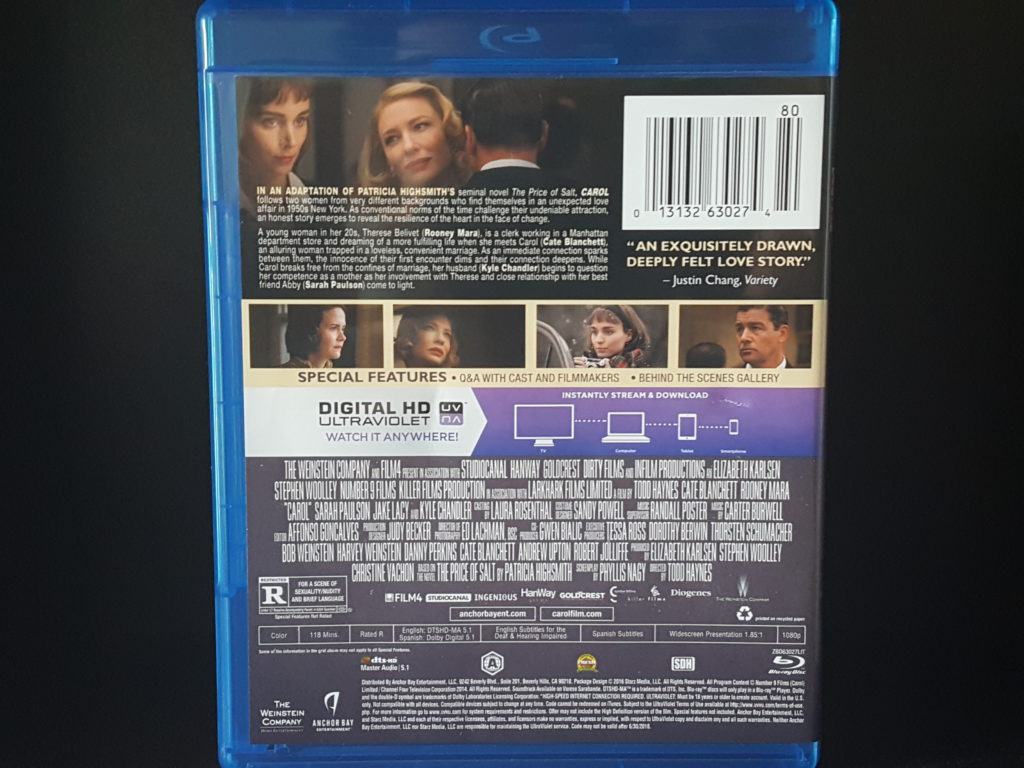 I am actually kind of shocked on this one.  Loading up the disc ready to binge through some bonus content and the menu tells me there are two things which if you are like me really only means one thing.  It is rare that I spend too much time going through the added galleries on a release. The other feature included for this one is a Q & A Highlight reel with the filmmaker and cast.  Not that this isn’t appreciated but it just adds to the whole general feel of the film that it has an air of “Oscar worthy” written all over it.  The Special Features included are as follows: 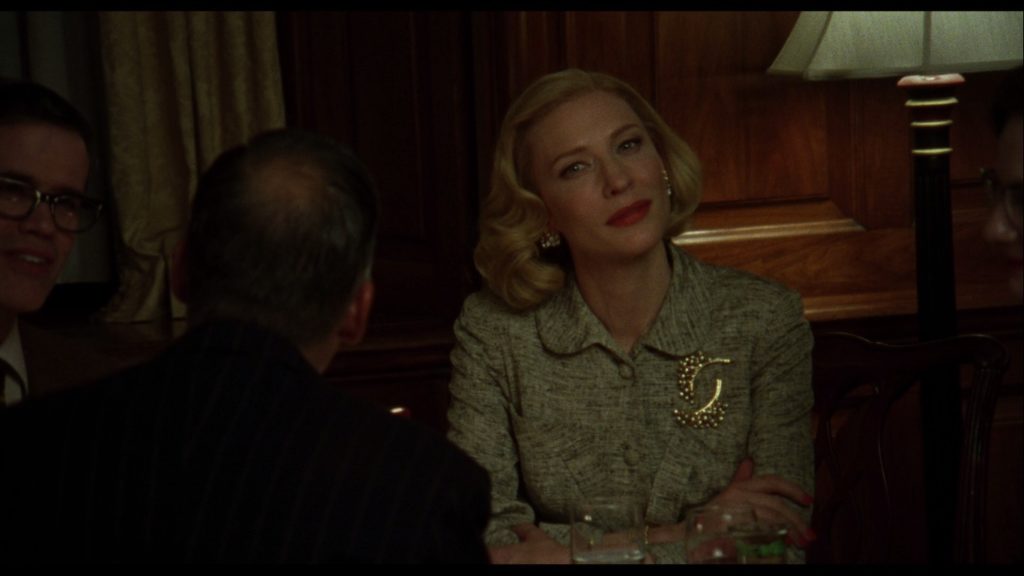 Carol is a unique film that came at a time where movies of this particular subject matter were getting a lot of attention.  The movie itself comes off cold and is slow to progress anyplace that changes the characters outwardly.  By the end of the film everything has changed yet the change the two main characters have gone through can be measured in strides and not volumes. Blanchett is wonderful which comes as no surprise her consistent ability to capture a character is unparalleled by her commanding presence.  Rooney Mara, on the other hand, does well opposite of Blanchett however it feels empty as far as a performance goes for me.  This could be more about the character and the way she was written than Mara herself.  I cannot help but think that this film had more to offer and I do not wonder why it didn’t ultimately take home the Oscars.