Odds are you may have missed the little-known release of Cardboard Boxer earlier this year. It did not have a grand advertisement that was all over the place and if I’m being honest I don’t know if it was even in theaters.  I’ll be the first to admit that with a name like Cardboard Boxer I really did not have high expectations for what I would see. It has been a long time, I feel, since I have seen Thomas Haden Church really in anything and the idea of him carrying a movie did not really set the bar very high. Combined with co-star Terrence Howard, whose film career has been spiraling out since he asked for too much money and was booted from Iron Man 2, it was hard for me to really expect great things.

That being said I have a rule that has served me well, time and time again, and that is to give every movie a chance and yes I mean every movie. So here I am sitting down hoping for great things. 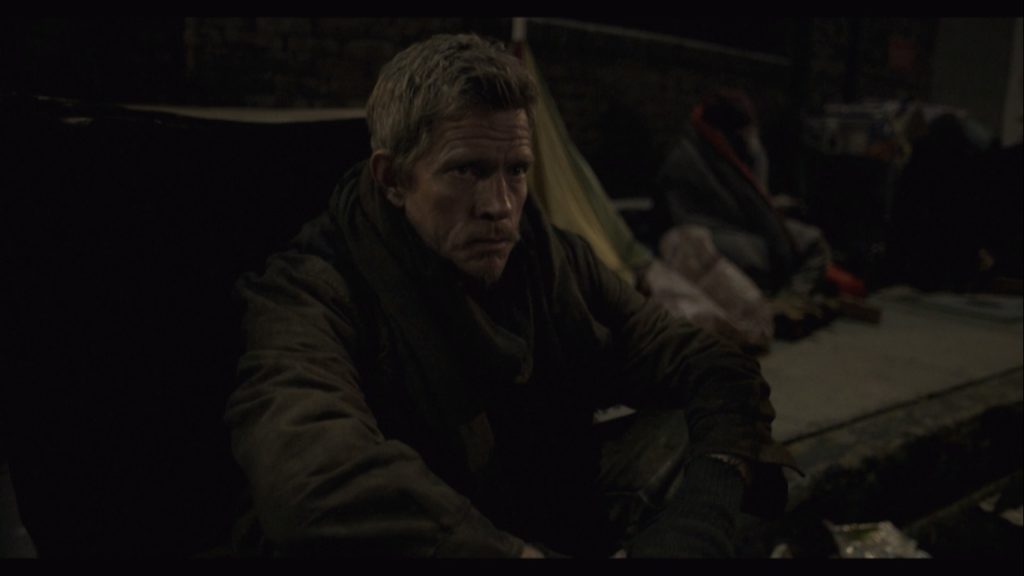 Our story follows Willie, a homeless man trying to find something in himself that has been lost for a very long time.  After discovering a child’s diary everything starts to change.  He begins to hope, and try, and change, valuing friendship above everything else – seemingly something he has not experienced in a long time.  As things start to turn and he starts making some choices for himself, he gets looped into a “bum fighting” scam for some young punks that convince him that he has more friends.

The plot sounds promising on paper but it’s just too slow to come to any sort of conflict or major event that it doesn’t really carry the audience through with it.  Make no mistake, it is not even the performances that are lacking, it’s more of the way the film is executed and how there just isn’t much going on.

Cardboard Boxer  makes some unique choices when it comes to filming, although fails to reflect well in the home environment.  There are far too many scenes spent in darkness that is far too dark to make heads or tails of what is happening.  However, as a whole, the movie is filmed well, with a clear picture transfer for home viewing with or without the proper direction. 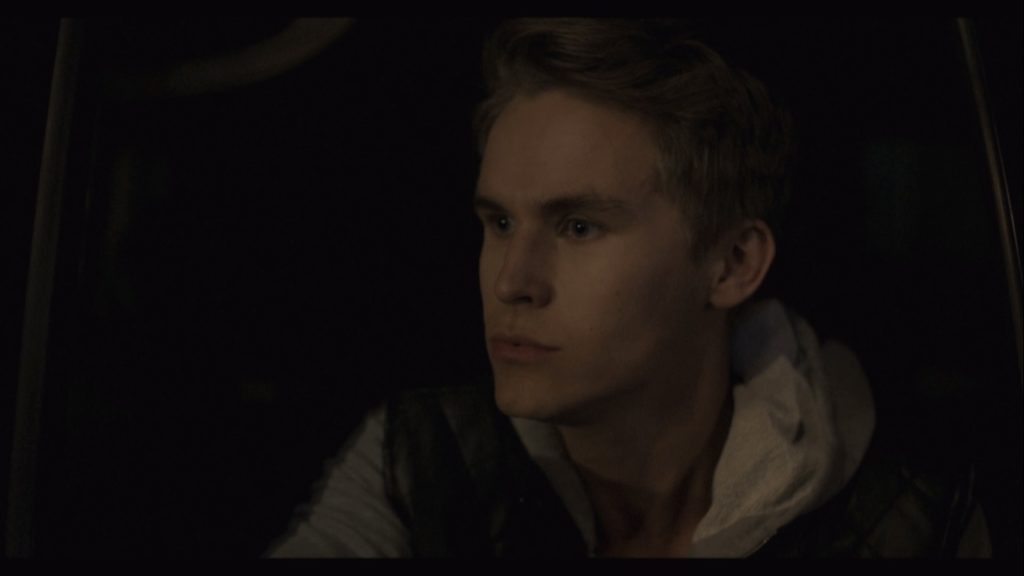 The film does its best to create a genuine tone of emotion via a consistent score throughout.  If there is one thing that this film does well it is the audio levels. Not once did I notice any issues with the volume or troubles from scene to scene.  If this film was in theaters the transfer to home viewing on the audio front is flawless. 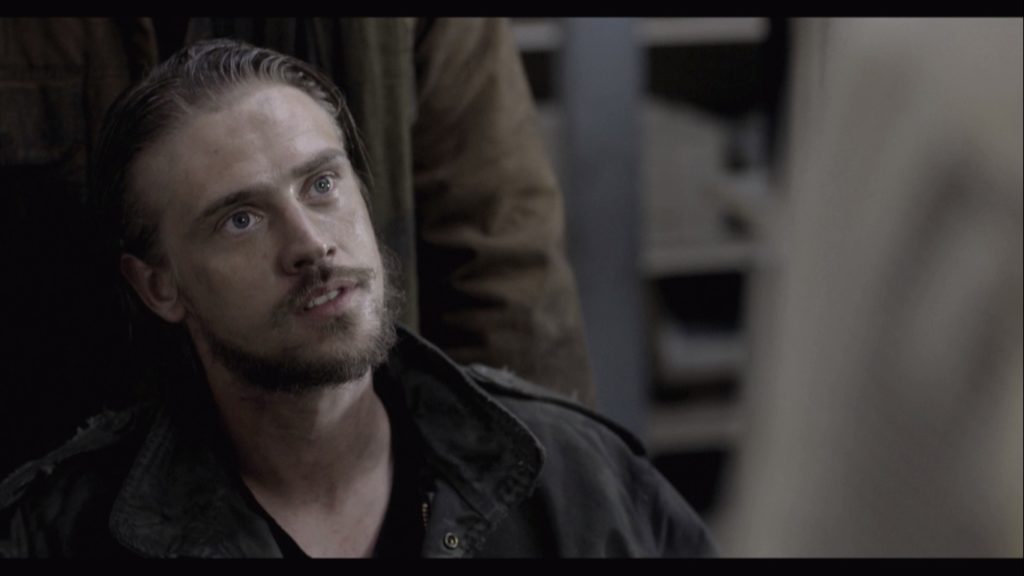 The packaging for Cardboard Boxer is a rather standard blue eco-case the clip on the side that still seems confusing (just me?).  I do want to say that the artwork for this release is terribly misleading and underwhelming.  With Terrence Howard prominently laden on the front, I thought for sure he would be a prominent feature in the film however he is barely in the film.  The cover (without context) would have you believe the film is about some sort of underground boxing, however, the title of the film does not have much bearing on the majority of the actual content but that is neither here nor there.  I will say that overall creativity seems lost on the cover and it carries the resemblance of some of those straight to Redbox releases we see so often. 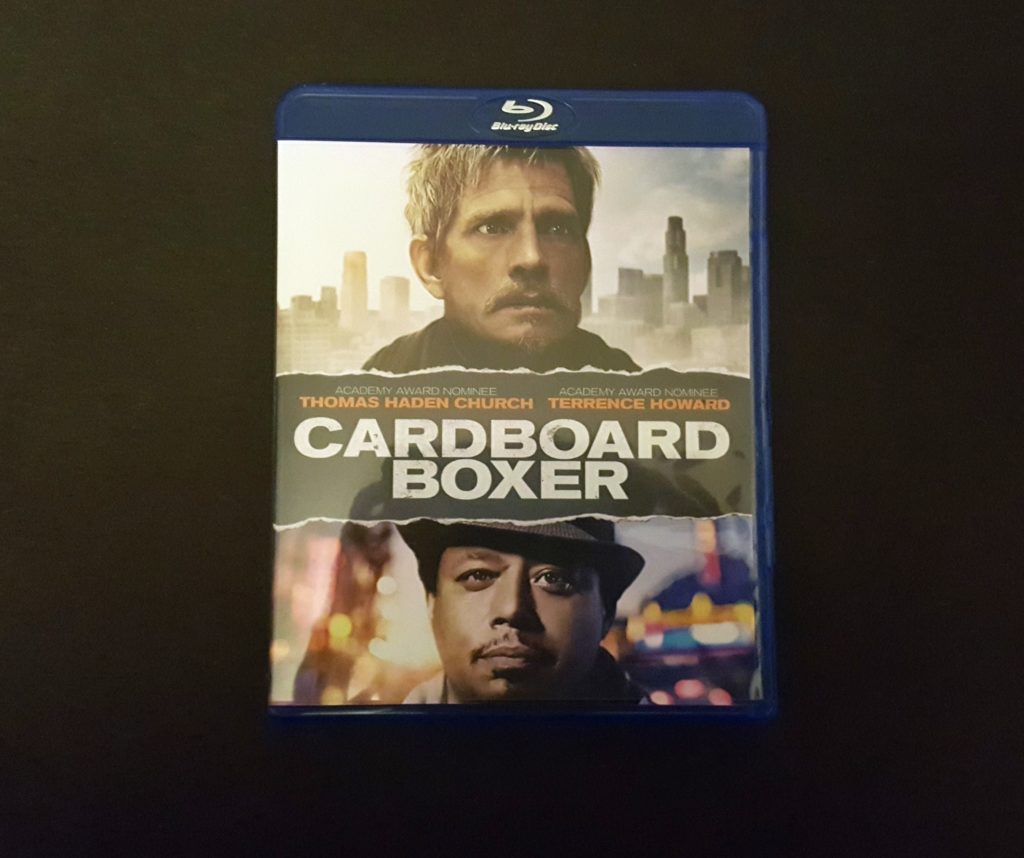 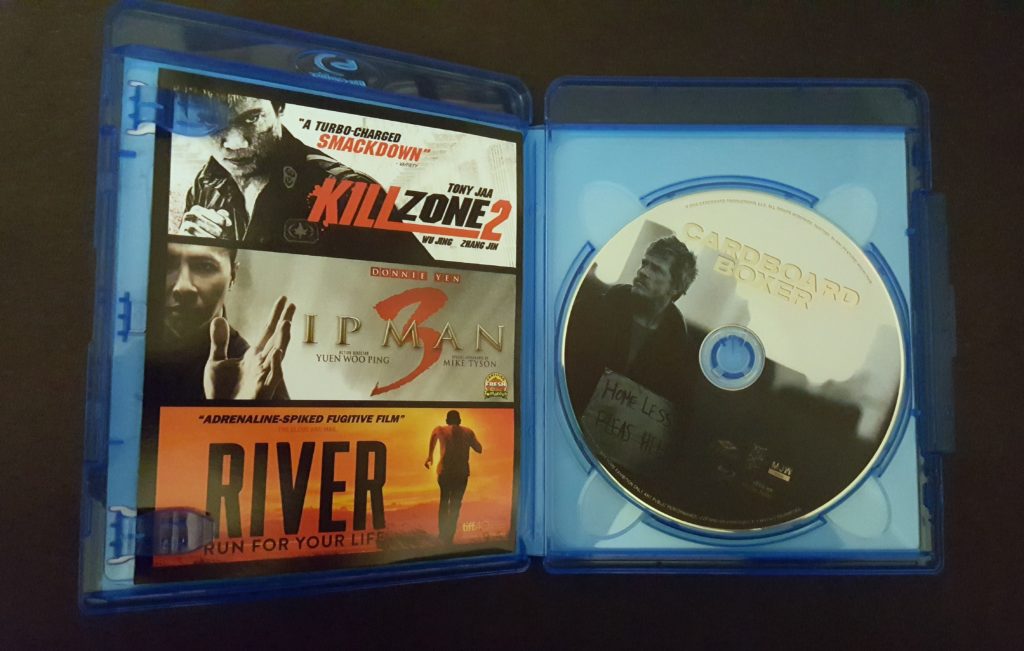 Cardboard Boxer does not come with any special features to speak of and I feel I must comment on an odd issue with the menu where the text does not get highlighted all the way, I have never seen anything like it from a final release and doesn’t come off very polished.  You do get access to the trailer and the previews you get to watch before watching the film. 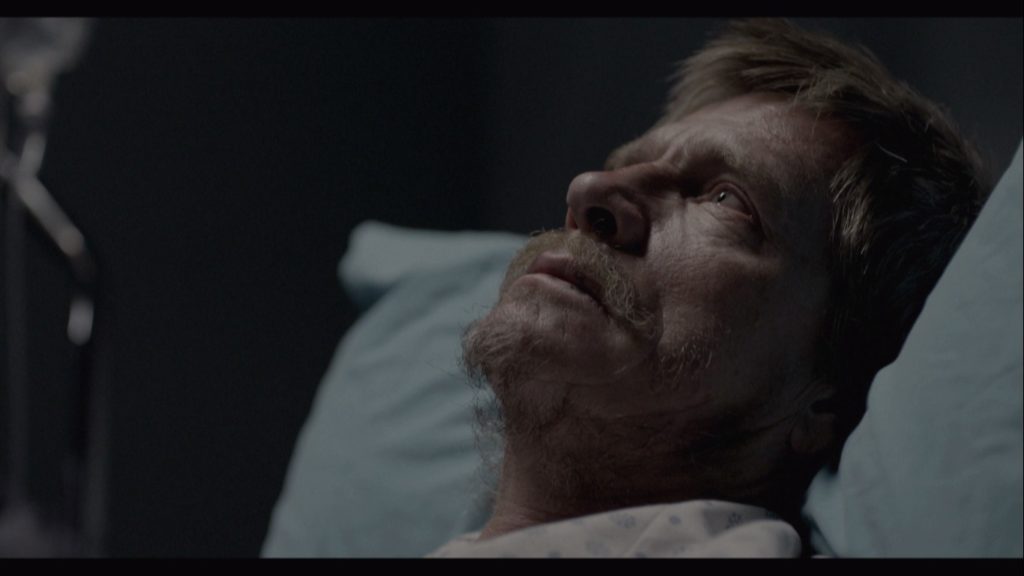 This film tries so very hard to accomplish an emotional response but fails to bring the plot and performance a vehicle to do so.  In nearly every category we see this film come just short of resembling the film it set out to be.  There are too many things going on and not enough in congruence with what the story is supposed to be about for this film to work.  The performances are lackluster and in large part due to the poor writing.  Separately, I have seen great performances from Howard and Haden Church and I think they indeed did their best to make this film work. I feel at the core this film lacks identity, the trailer, and the cover give the impression of nearly an entirely different film, yet the film we end up watching is one trying to gain access to the heart via the diary of a little girl.  The storyline of the fighting plays little into that and seems to take away from what is trying to be accomplished.