Captain Underpants: The First Epic Movie is a 2017 American computer-animated comedy film that is based on the children’s novel series that operates under the same name by Dav Pilkey. It was produced by DreamWorks Animation and Scholastic Entertainment, with animation production provided by Mikros Image Montreal. It was directed by David Soren from a screenplay that was written by Nicholas Stoller, and features the voices of Kevin Hart, Ed Helms, Thomas Middleditch, Nick Kroll, Jordan Peele, and Kristen Schaal. The plot follows two imaginative elementary school pranksters named George Beard and Harold Hutchins who hypnotize their mean-spirited principal, Mr. Krupp, into thinking that he is Captain Underpants, a superhero who fights crime while only wearing undersea and a cape who George and Harold write comic books about.

Originally making its premier on May 21, 2017 at the Regency Village Theater in Los Angeles, California, it was later released to the United States on June 2, 2017 in 3D and 2D. Overall, the film received generally positive reviews from critics and has grossed $116 million worldwide against an operating budget of $37 million; making it the lowest-budgeted computer-animated feature of DreamWorks Animation’s history. This was the last DreamWorks Animation film that was distributed by 20th Century Fox, before Universal Pictures will take over distribution in 2019 with the release of How to Train Your Dragon 3. 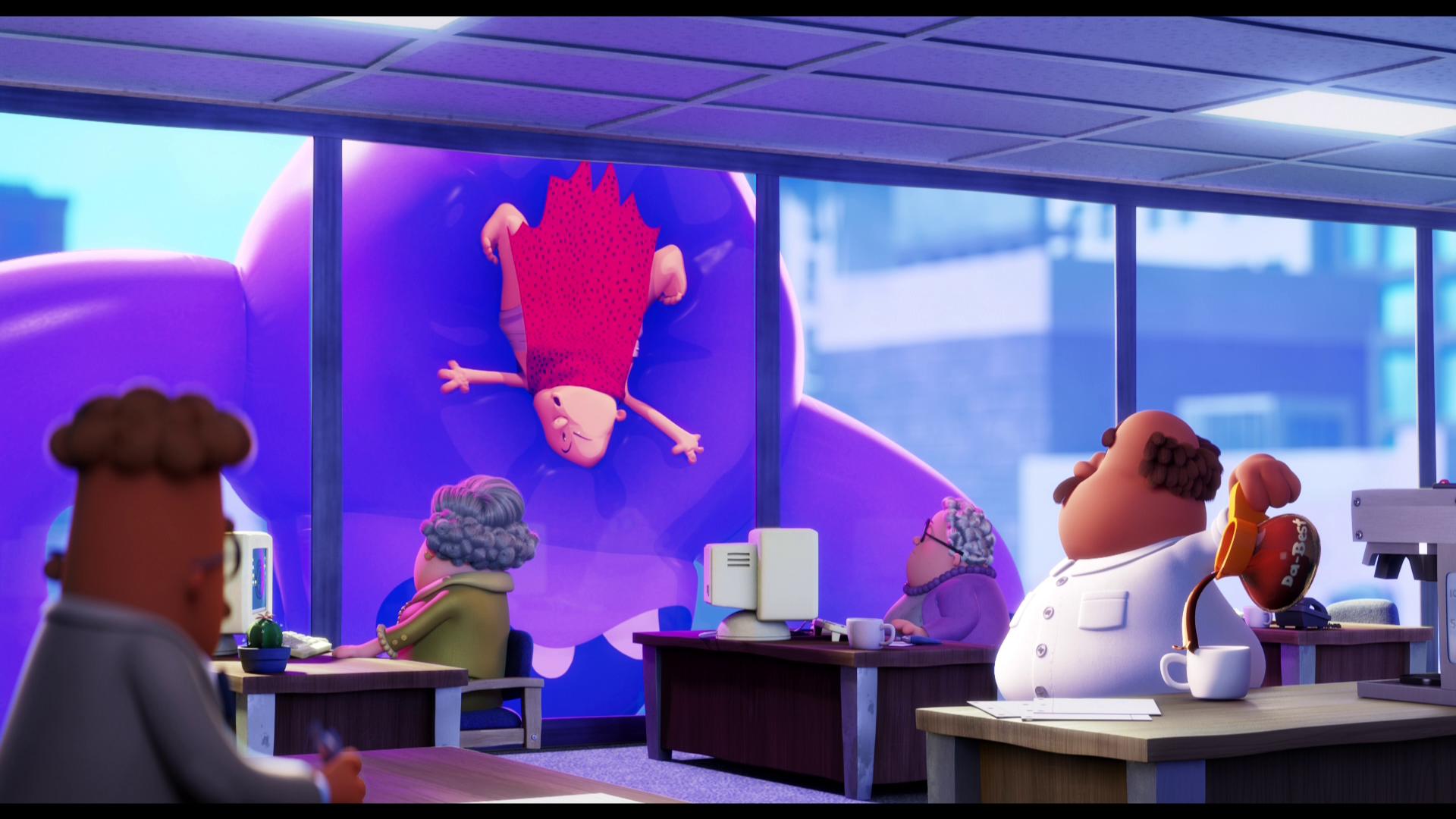 I was a little hesitant going into Captain Underpants: The First Epic Movie because I’m very selective with my movies that are more directed toward children.  However, after reading a lot of positive reviews about this film, I decided to pick it up to give it a shot.  And after watching through it last night, I am beyond glad that I decided to grab this movie.  While the story is geared more toward kids, there are bits that include subtle pieces of humor that are geared toward the adults that are watching this too.  Not to mention, the occasional fart joke that would allow kids and adults to laugh together.  The story itself is really nicely done and one that holds up very well as the movie progresses, and I have absolutely no regret about giving this movie its chance. 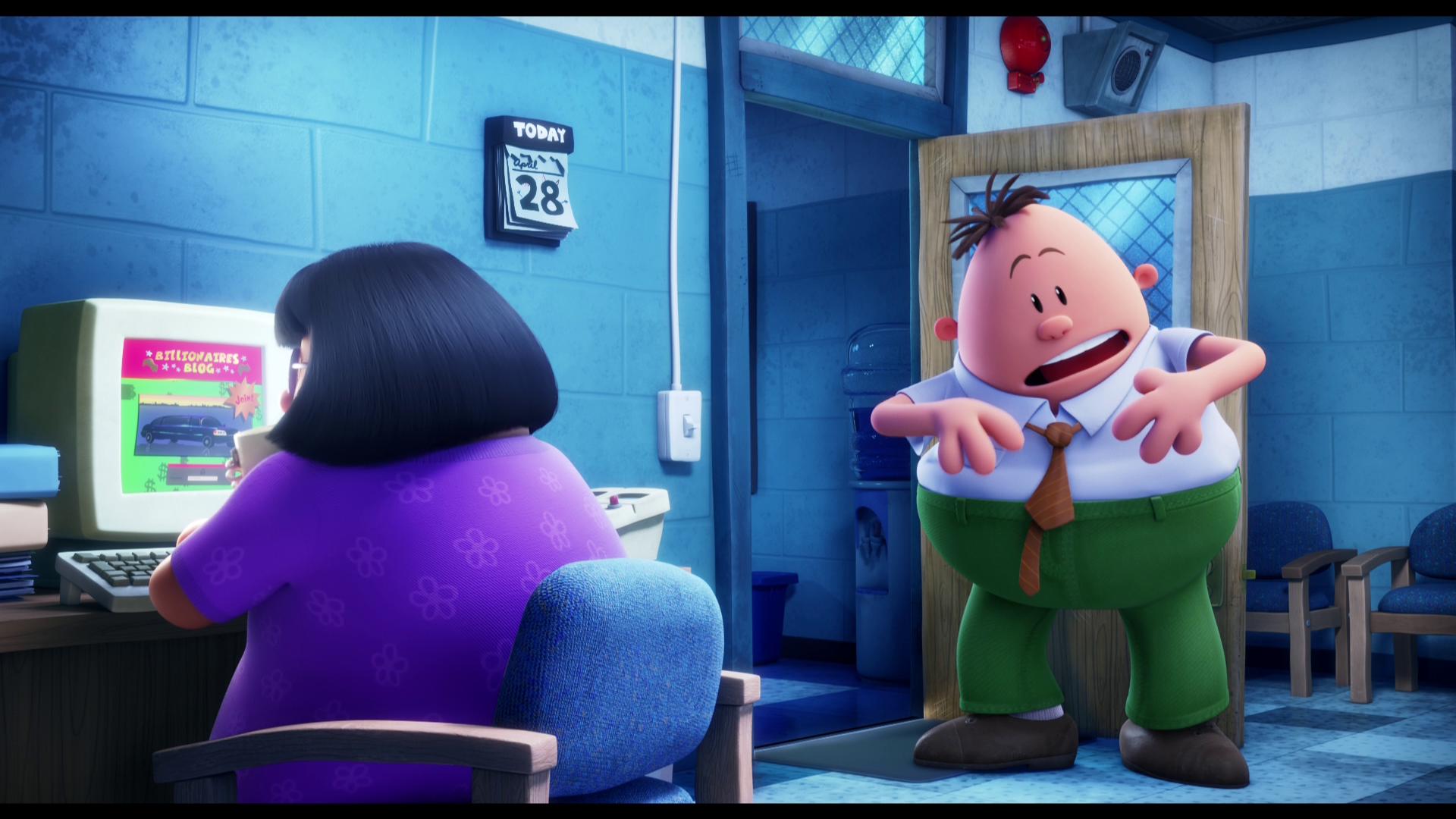 While Captain Underpants: The First Epic Movie is an animated feature film, the CGI itself is all done in 2K.  But, the inclusion and use of HDR throughout the 4K UHD release does an absolutely great job at offering a beautiful presentation to viewers.  The animation is beautifully done and the overall colorization of the film is so vivid that my wife and I were in complete awe as we watched through this. 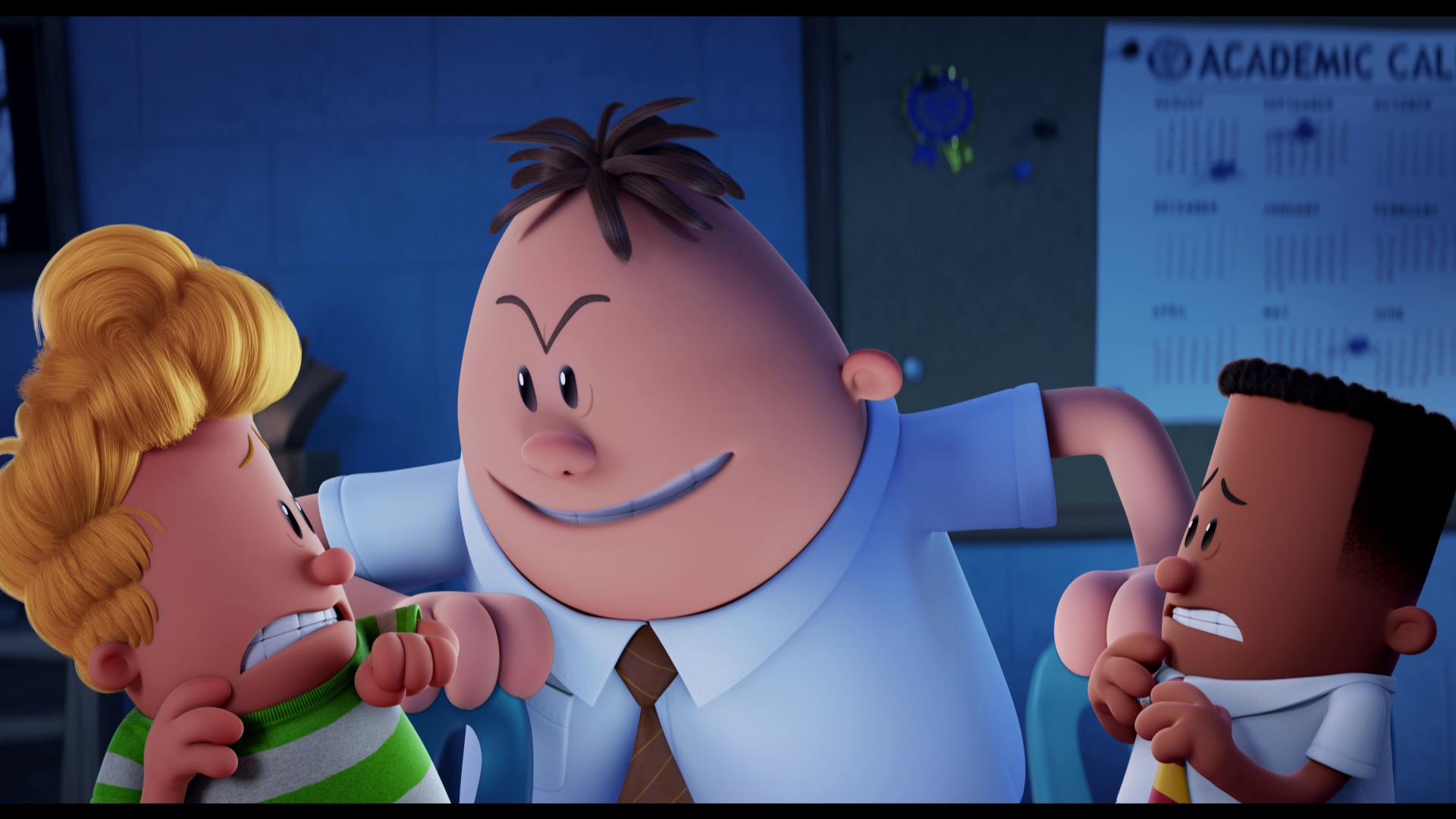 Packaged with a Dolby Atmos audio track, Captain Underpants: The First Epic Movie offers an all out immersive experience for viewers.  Making full and complete use of all of the available tracks, it does a great job at putting audiences right in the middle of the action.  The elevation aspect of this release is notable as it does a great job at accentuating the experience.  Some of the other nicer aspects of the audio track were the inclusion of the bass during some of the more intense sequences, as well as the songs musical accompaniment. 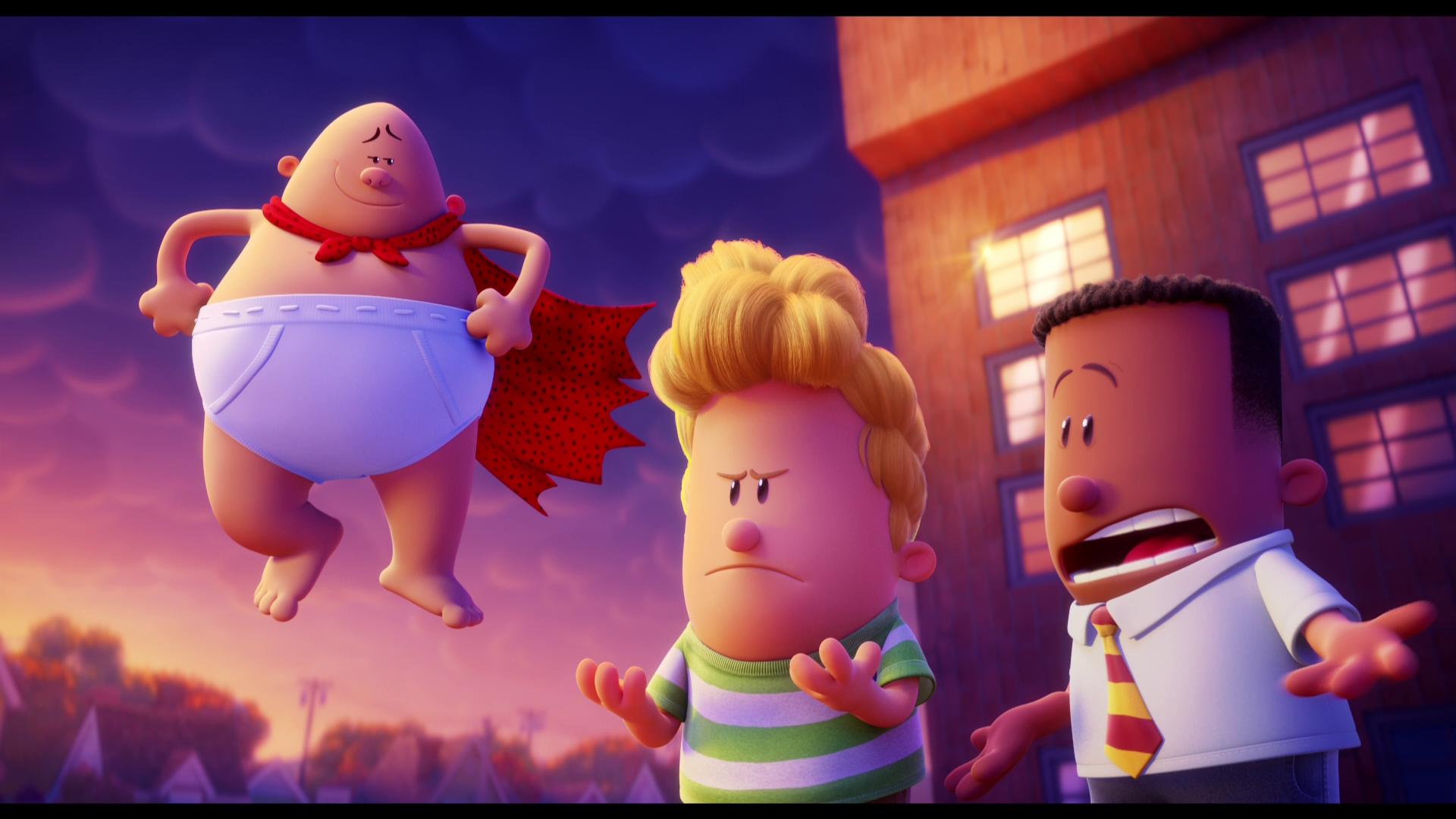 Captain Underpants: The First Epic Movie comes packaged in your standard two-disc 4K UHD amaray case.  Within that case is the standard 4K UHD disc of the film as well as the standard Blu-ray copy of the film.  Each of the discs do feature a different piece of artwork that is relative to the film and differs from the overall case art.  There is also a digital copy redemption pamphlet that’s been included as well as a slipcover that’s been made available during the initial pressing of the release.  The 4K UHD release also includes, while for a limited time, a Captain Underpants: The First Epic Movie cape so the children at home can feel more immersed in the film and allow them to follow alongside Captain Underpants as he works to take down Dr. Poopypants. 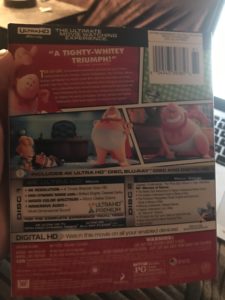 I was surprised to see the amount of additional content that was made available with the 4K UHD release of Captain Underpants: The First Epic Movie.  There is a decent amount of content that allows audiences to explore the film further as well as various elements of the movie itself.  I do wish that there were more “behind the scenes” featurettes available because you can tell that the production crew put a lot of work into giving us a solid release like this.  Included with this release is:

Like I said, I was really glad that I ultimately decided to give Captain Underpants: The First Epic Movie its fair chance.  While I wasn’t completely sure before grabbing it, I was really happy with the overall experience that the 4K UHD release provided.  The story was great, the jokes were good, the film is an all-around great release.  The overall audio and video presentation of this release were exceptionally stellar, and should be considered a feature piece for ones home entertainment system if they are fully equipped to make use of all of the available technologies.  There’s a lot of additional content that’s been provided, however not too much of it really shows the behind-the-scenes work that went into the release from the production crew.  If you’re on the fence about picking this movie up, I would absolutely hands down recommend that you grab this movie for your collection.  Especially if you have kids and are unsure of whether or not they would enjoy this.  Captain Underpants: The First Epic Movie is available now, so go get it! 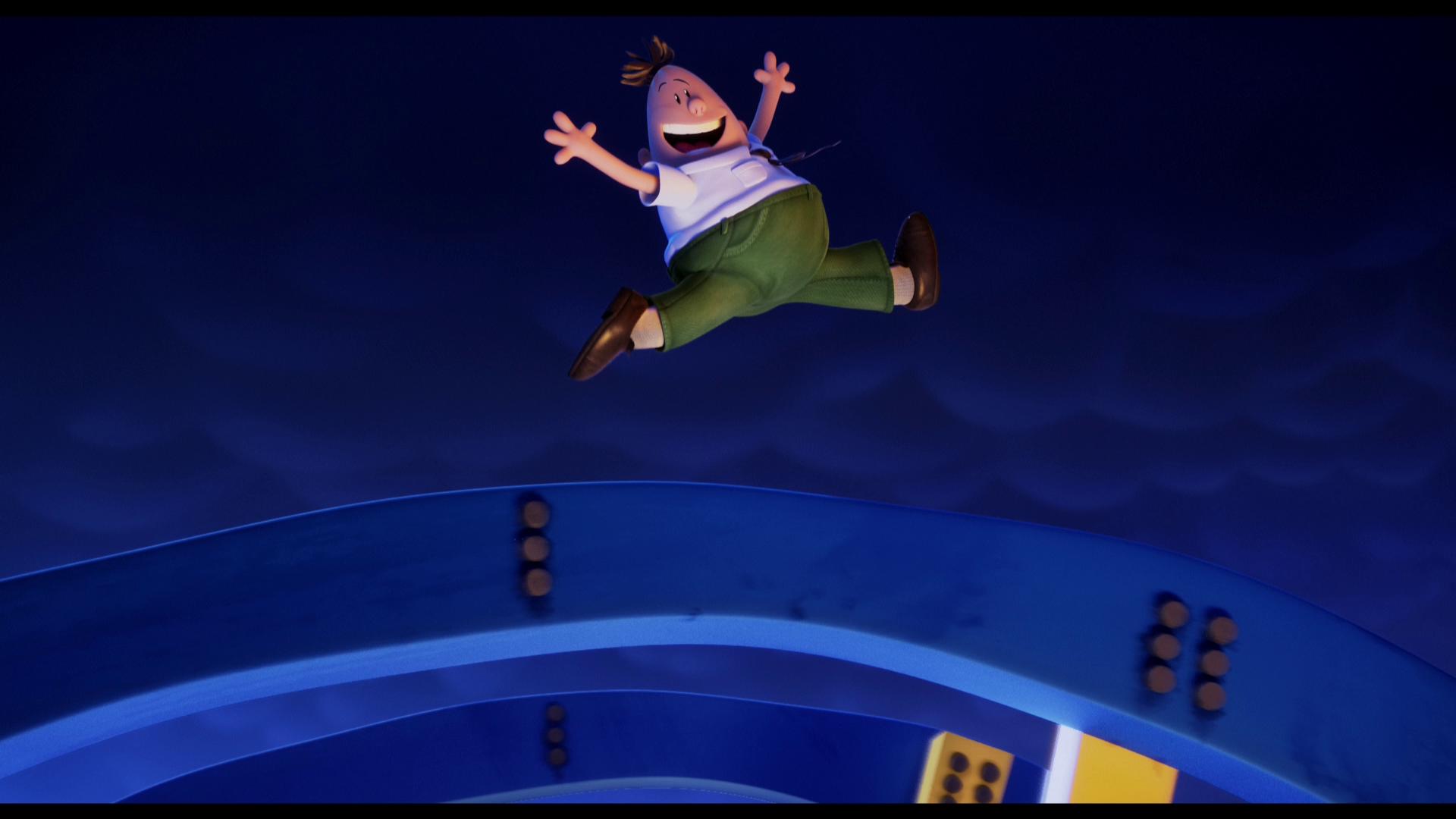