In the middle of 2016, well-seasoned actor Matt Ross tried his hand at the directing wheel for the fourth time.  This time around he directed a story about a family that is living in the wilderness under the care of their eccentric father.  One thing is clear from the get-go that this film has a one of a kind story to tell and will do so without compromise.  Captain Fantastic may very well change the way we see Viggo Mortensen as an actor.

The first few moments set the tone for what could be a spectacular film full of unique perspectives.  The film takes a stance that might strike many as an odd, unacceptable lifestyle. One that is not only glorified but surprisingly structured and embedded in the children’s lives.  This drives the story into the different facets of problems that arise, most of which have to do with acceptance. 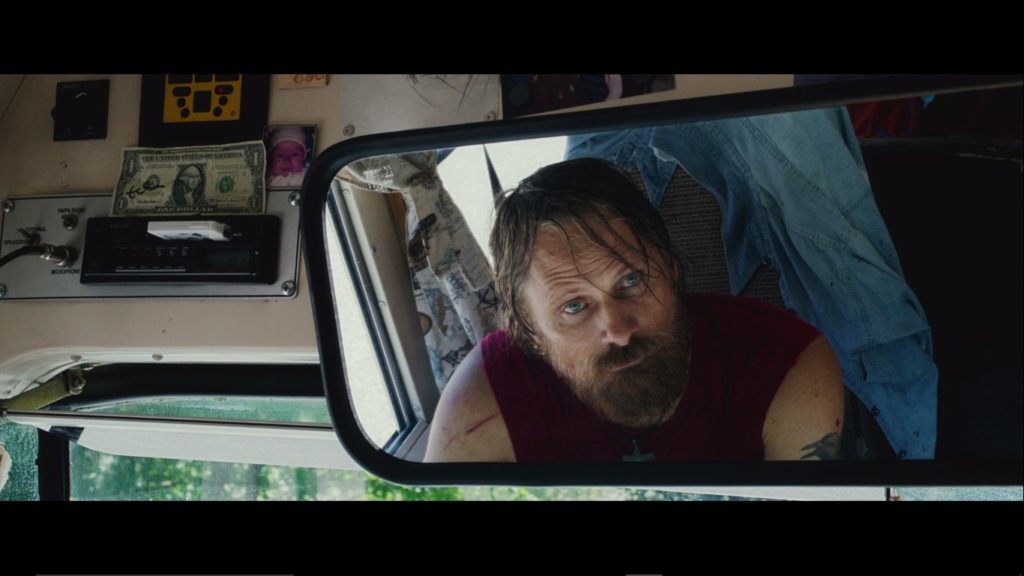 Our story follows Ben (played by Mortensen) and his troupe of children who are living off the land. Their days are structured with high-intensity physical training and intense education that borders that of college level academia.  The lifestyle in which they are living is clearly out of the norm and that seems to be the point of it all.  On the surface we see, for the most part,  the children are much better for living this way and their lives are enriched by it all.  The absence of their mother (Mary) drives the plot right along as we soon discover she has committed suicide.  Ben and the children start to make their way to the funeral much to the dismay of the villains of our story, Mary’s parents.  Specifically, our villain seems to be the father- in-law (played by Frank Langella who is already classically villainous) who blames Ben not only for the death of his daughter but for the endangerment of his grandchildren.

The biggest gap in the lives of the children seems to be purely social.  Their education appears to be an overwhelming priority and tends to supersede the need for socialization.  This may very well be the underlying message of the whole story — whether or not the ability to socialize successfully is worth the absence of knowledge.  As the story progresses, Ben learns that it’s possible that parenting as a whole may be far more complex than simply changing where you raise your children and the type of education they receive.  At the root of it, all human beings are more complex than that. Every child has different needs. In the end, it would seem that balance and compromise is what parenting requires even if it takes some hard changes to get there.

Ross, along with Director of Photography Stéphane Fontaine, is able to create perspective.  The film manages to capture the essence of the lifestyle Ben and his children have chosen so well that the “normal world” seems jarring and quite abnormal in comparison.  Fontaine is able to capture his share of the big, beautiful moments filled with color and, in contrast, the occasional scene that is rather still and absent of movement at all.  The transfer to Blu-ray is spectacular.  Lots of detail and bright colors jump off the screen into your home.  One thing is for sure, this is a good time for all and has its fair share of visually memorable moments. 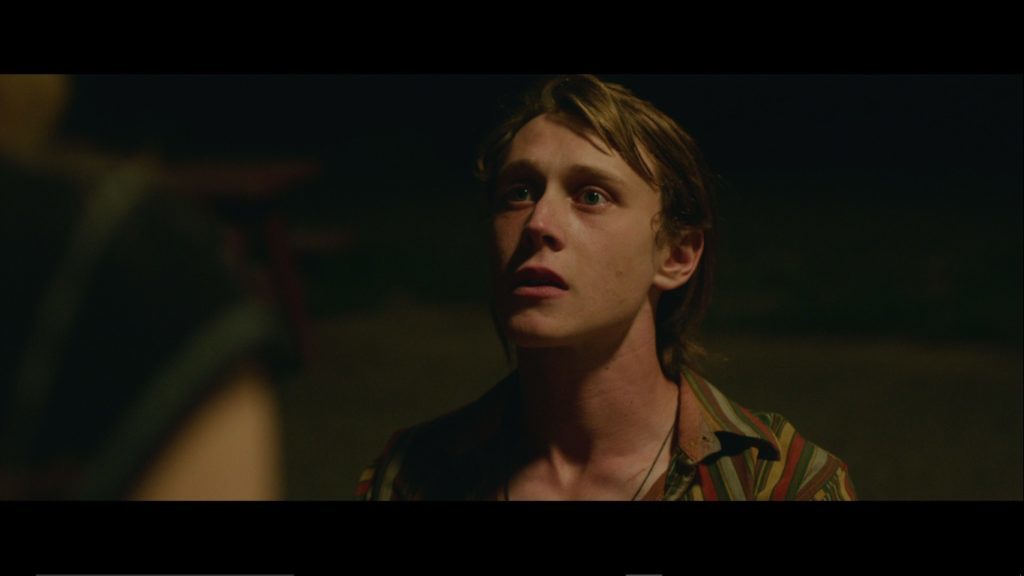 If there is one thing absolutely unique about this film, besides its plot, it is the score.  The score is light and consistent throughout.  There is an abundance of moments where silence tends to carry the moment through, forcing a certain perspective on the scene. Even the most dramatic and heart-wrenching scenes have only a lightly sprinkled score in the background.  The sound of which is immediately reminiscent of the music of Sigur Rós, which makes sense because Alex Somers (heavily involved in that band) himself did the score. This also reminds me of Into the Wild where the soundtrack was done solely by Eddie Vedder of Pearl Jam and Kaki King, it has that same unique quality that makes the score one of a kind.  The one major audio exception for the film is the beautifully presented rendition of “Sweet Child of Mine” toward the end of the film. 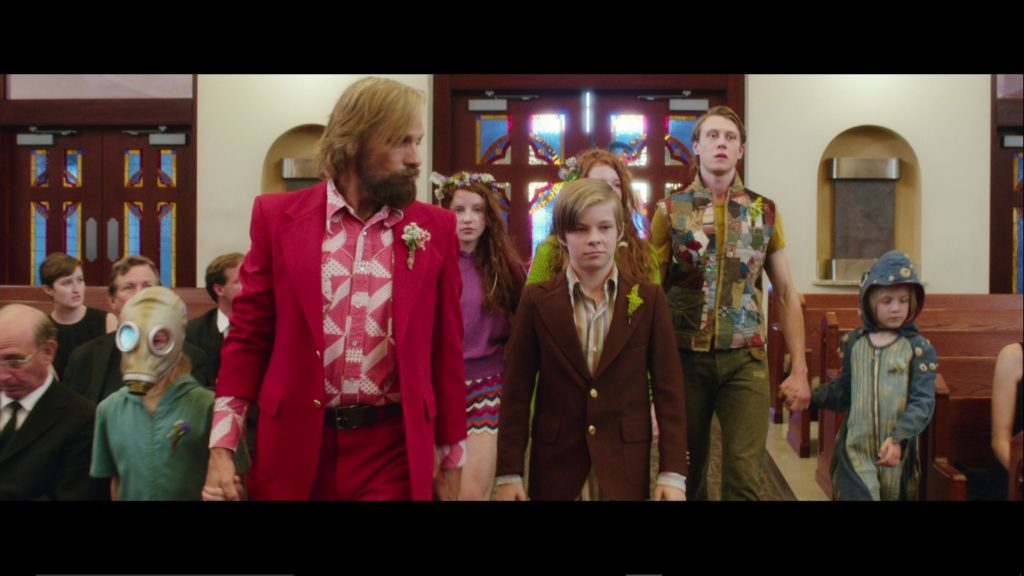 I rather enjoy the packaging for this release.  On the outside slipcover we have rather fitting and unsaturated cover art. The title itself on the front and the spine are raised and come across as unique. The version I picked up had two stickers on the outside one for Rotten Tomatoes and one to advertise the digital copy both of which came off rather easily without leaving a residue which is always a plus.  I also really like that this edition came with Blu-Ray + DVD + Digital Copy.  Even the backside of the packaging is neatly presented with stills from the film and easily readable text.  Once we open the case up, however, we see two discs one on either side.  The DVD is bright greenish-yellow that matches the color of the title lettering. On the opposite side, we have a plain disc with blue lettering that is ultimately disappointing. 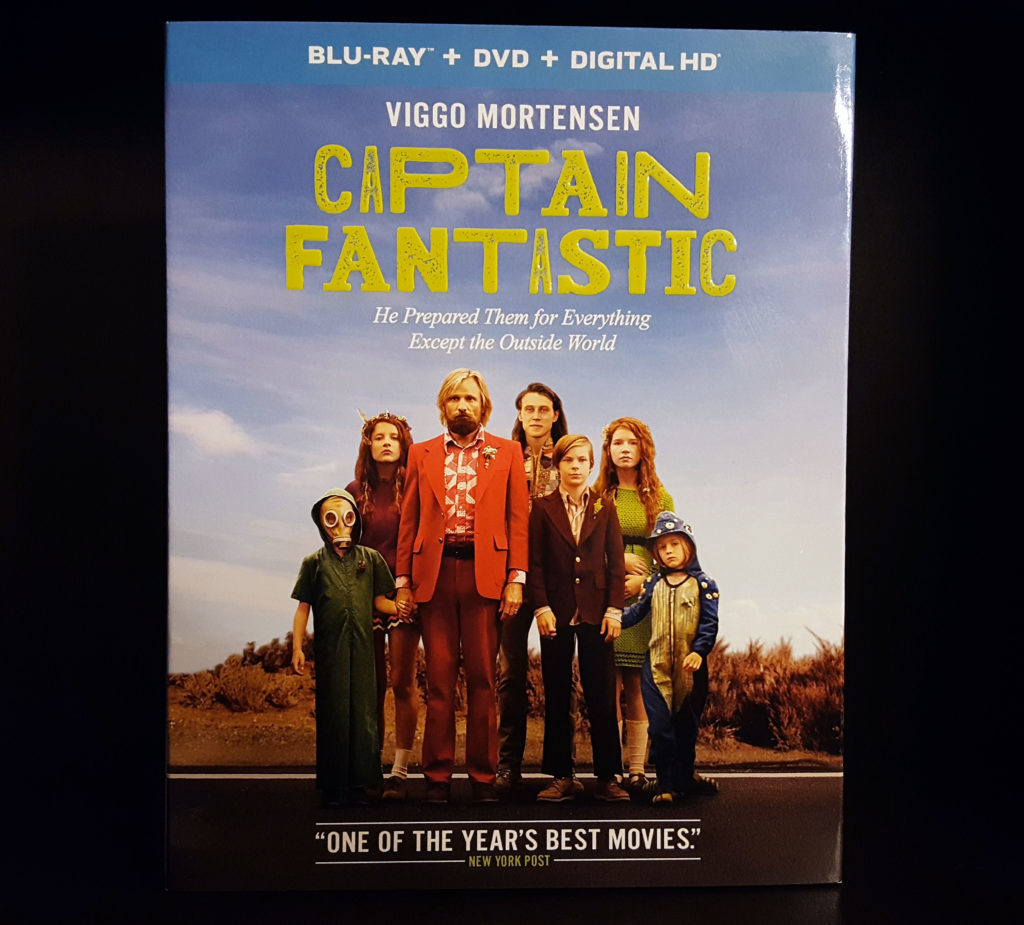 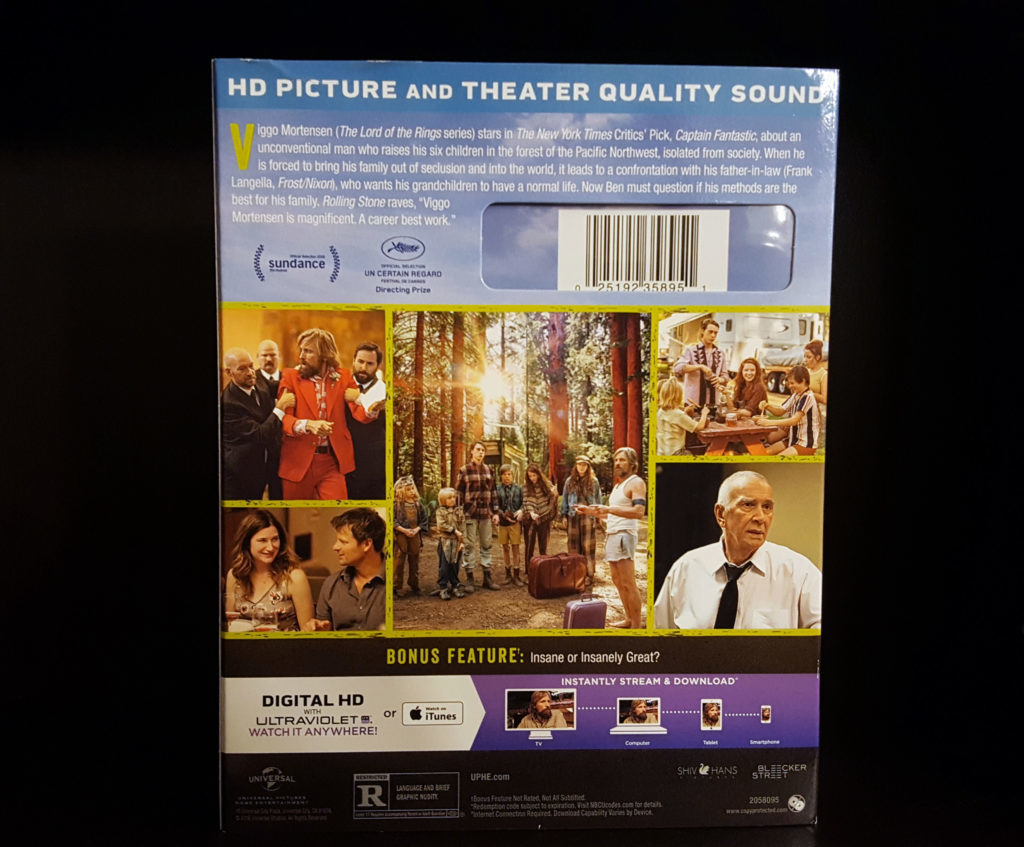 When you get a completely unique film home, one known for its eccentricity and raw emotional value, you kind of hope for some great extras.  Especially for a film that has already received so much acclaim.  What you don’t expect is one – one extra.  What has been included is one four-minute long extra entitled “Insane or Insanely Great?” that is a short featurette led by Director Matt Ross on what the motivation for the film was.  He speaks about parenting and fatherhood being his biggest motivator to write this story.  Don’t get me wrong it is a great little featurette but it seems more like an IMDb featurette than something you want on your release. 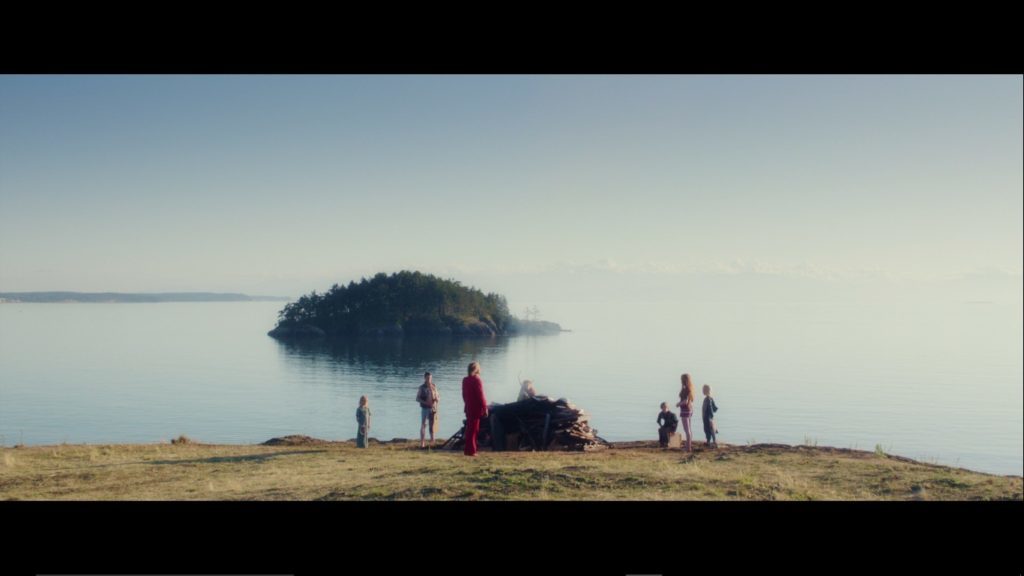 The film is written like a persuasive argument. It’s pervasive and convincing.  You find yourself involved in this process in a rather real way. Much to your dismay, you find it to be ultimately flawed no matter how much you are rooting for its success. The film has a way of holding a mirror up to the lives that we are all living (for the most part) and making you root against it! For me, the film invokes a similar reaction I had to the film Into the Wild.  We get that same call to the wild (pun intended) and nature that forces you to re-examine things in your own life.  The real problem with Captain Fantastic is how preachy it can feel upon multiple viewings (this was my second) and how intelligence seems to dictate success and is the primary driver of the whole lifestyle.  This leaves a major part of the film feeling merely surface deep as a whole.  Beyond that, we have a film that hits hard and deep emotionally.  You are, for better or worse, involved in the lives of this family.  I would argue that more than one of the actors/actresses playing the children have breakout roles here and we can expect great things from more than a few of them. This will make a great addition to any collection and has well earned the Oscar Nomination.  You can purchase this edition HERE.