Marvel Studios almost lost me last year. After being disappointed with the over-hyped release of Iron Man 3 (it just wasn’t good guys; The Mandarin was lame) and skipping the latest Thor movie, I went into Avengers: Age of Ultron with high hopes for a return to glory previously seen in Captain America: Winter Solider and the first Avengers movie. Unfortunately, Ultron was the worst one yet, recycling plot points and offering lackluster attempts at comedy and a runtime that was at least 20 minutes too long. Sure, Hawkeye’s farm is cool. Also, we didn’t need to spend more than 5 minutes there. 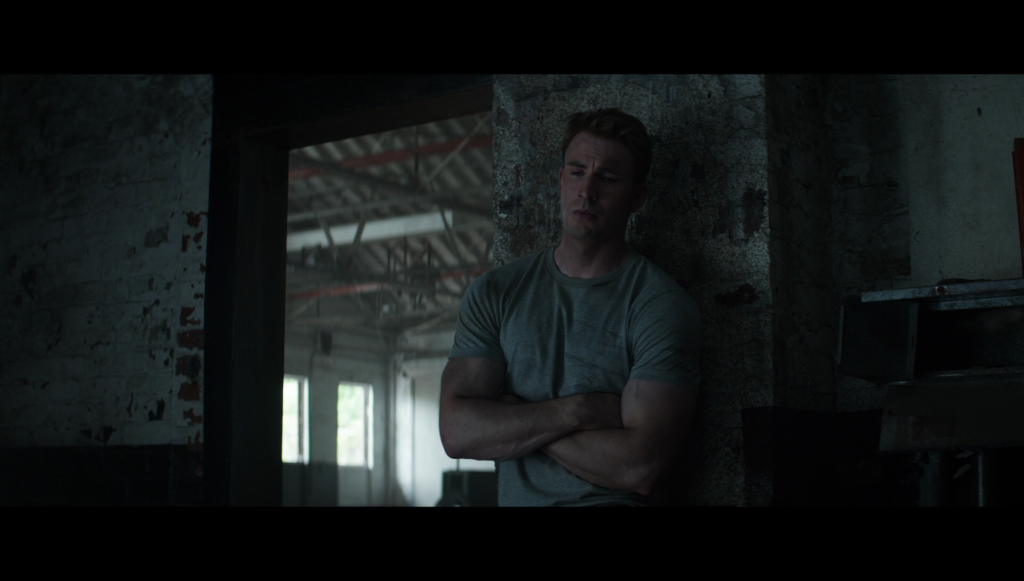 Thankfully, those at the helm of the Captain America franchise have always been the most consistent creators in the Marvel Studios catalog, and Captain America: Civil War has sucked me back into the Marvel Universe by providing the best experience since Winter Soldier. In fact, Civil War could easily be regarded as a third Avengers film, with the sheer amount of characters and storyline, and it made me forget how awful Ultron was, which was no easy task. 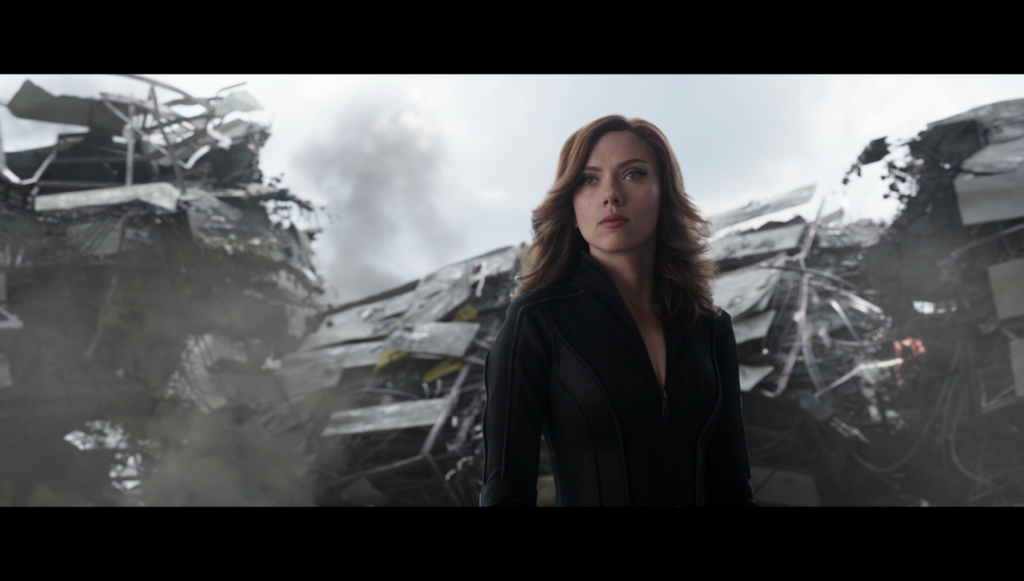 After the events of the first Avengers movie. Winter Soldier, and Age of Ultron, the world has decided that these “enhanced” individuals known as the Avengers will need some oversight. After an opening scene in which more destruction is caused at the hand of our heroes, the United Nations has created the “Sokovia Accords”, which will make The Avengers a public entity, much like a police force, that will be controlled by the UN, and will render S.H.I.E.L.D. useless. The “civil war” comes from the rift caused in the group between those who feel supervision and oversight is necessary, led by Tony Stark/Iron Man, and those who feel like it will limit their abilities and do more harm than good, led by Steve Rogers/Captain America. 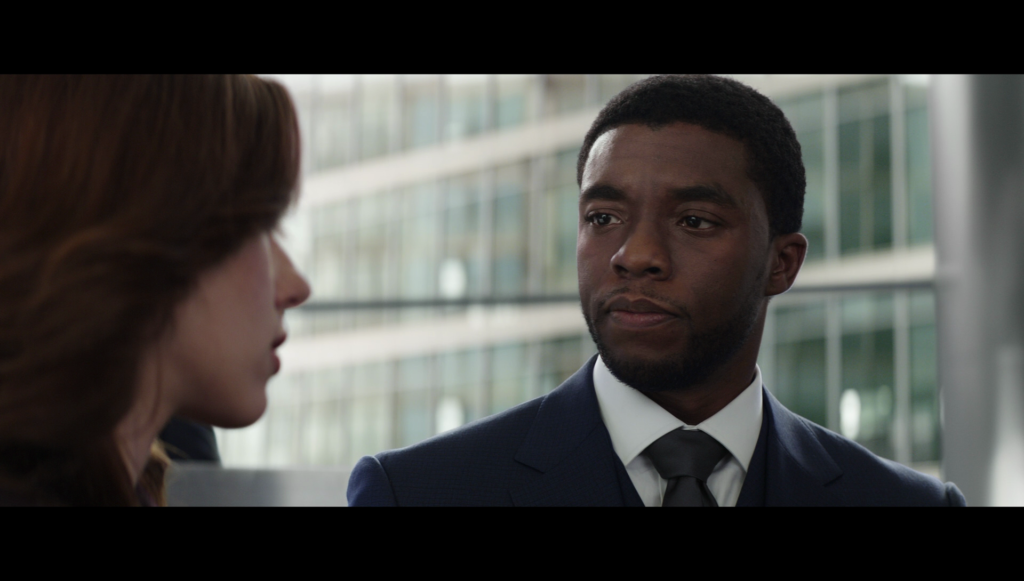 I enjoyed the conflict very much, and I thought that, much like the previous Captain America film, that this movie touched on some important current events and political issues in its own “Marvel” way. The introduction of a few new characters and the inclusion of just about everyone but Hulk and Thor made for a great experience for Marvel fans. Paul Rudd is amazing in his limited time as Ant Man, and he consistently made me laugh anytime his character was on screen. Newcomer Tom Holland, who plays the newly introduced Spider-Man (no spoilers, it is in the trailer), is also an excellent addition to the cast and had some quick wit and attitude that made him another fun to watch character.

I have high hopes for the direction Marvel is headed after Civil War, and hopefully the next few films leading up to Avengers: Infinity War will keep the ball rolling and help them get past their rough stretch of the past few films.

Has there ever been a disappointing Marvel Studios release when it comes to picture quality? If you come across one, let me know. Civil War is an absolute stunner on Blu-ray. The colors pop off the screen, and the penultimate airport scene, where all of the Avengers meet, is an incredible visual experience. Every suit and special effect is flawless, and the visual acuity is never lost even in the fastest moving moments. 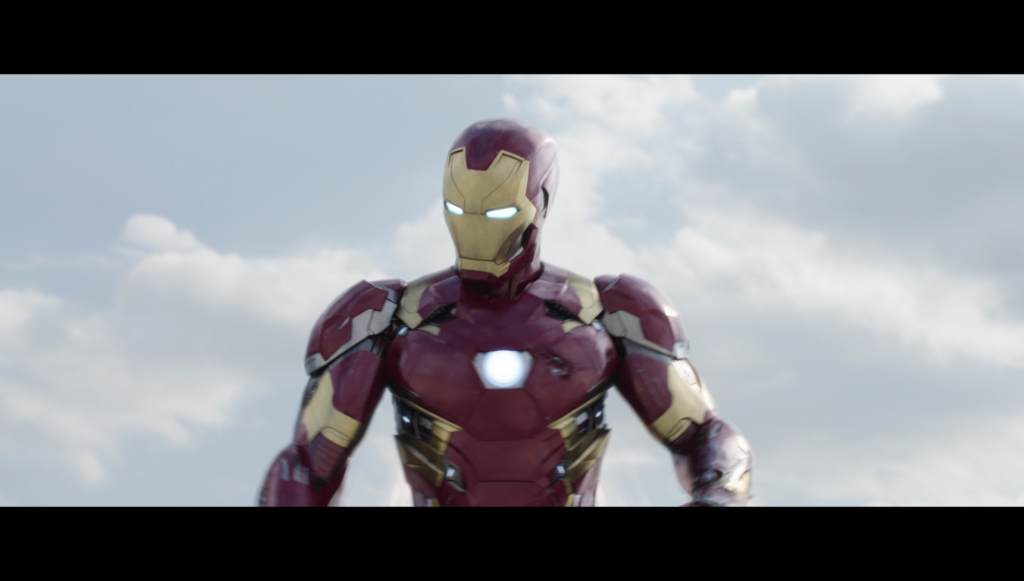 Captain America: Civil War could easily be regarded as a reference quality Blu-ray to show off a new display, and those with upgraded 4K sets should be very pleased with this Blu-ray; the true benefits of 4K and UHD technology might not shine, but this release will still make early adopters happy. Disney has shown no signs of producing any 4K UHD movies as of yet, so this is as good as it will get, and it is damn good. Some of the CGI-laden shots can look a bit soft, but it is to be expected. We have come a long way with CGI, and more often than not, your eyes will not flinch at the sight of some of these fantastic visual effects.

As great as the picture was on Civil War, the audio surprisingly suffered. Even sporting a DTS-HD Master Audio 7.1 track, the audio mix seemed quiet. Dialogue was oftentimes hard to decipher, and I found my hand constantly on the volume button to try and find a happy medium between Iron Man’s rockets and Black Widow’s conversations with the team members. Not since upgrading to my SVS Prime Home Theater have I experienced these issues, so it is disappointing for sure, and leads me to place blame on the audio mix rather than the equipment. 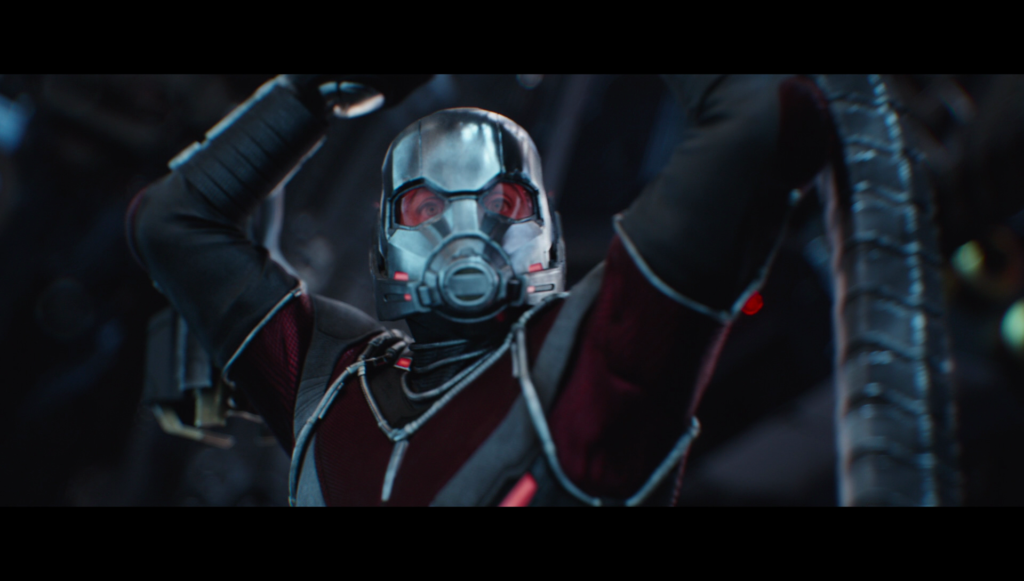 Also, being a brand new release from one of the most prominent studios, an Atmos or DTS:X track for this release would have been incredible. The surround sound experience had some great moments that genuinely shocked me, where an item would fly from the back of the fight across the screen, or an explosion would take place off-screen. These moments were incredible, but not consistent enough to warrant a higher audio score.

Captain America: Civil War comes packaged in an Amaray Blu-ray case with just a single Blu-ray disc and a Disney Movie Rewards and Disney Movies Anywhere code that can be used on iTunes or other digital providers. The slipcover seems to be limited to the 3D Collector’s Edition, which isn’t great for the majority who won’t buy the 3D version, but this is typical of Marvel releases for the last few years. It is disappointing because a regular Disney or Pixar movie will almost certainly come with their highly coveted slipcover even on 2D Blu-ray, but it is what it is. Best Buy does feature a sure-to-be limited steelbook with some nice artwork, so you do have that option as well. 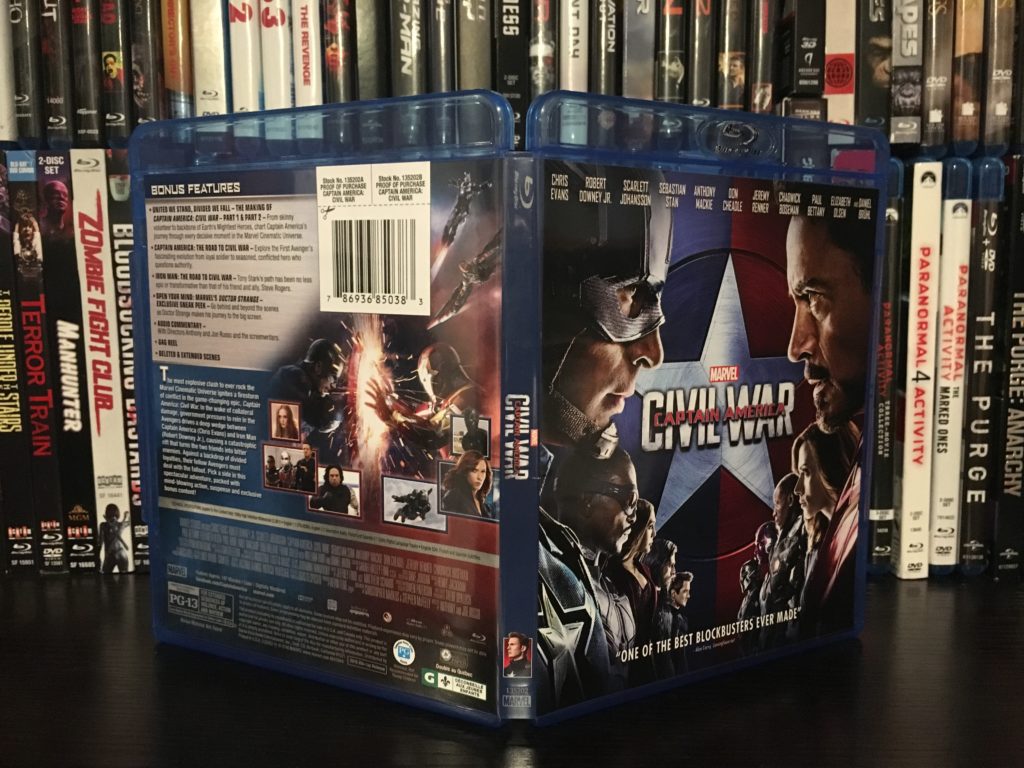 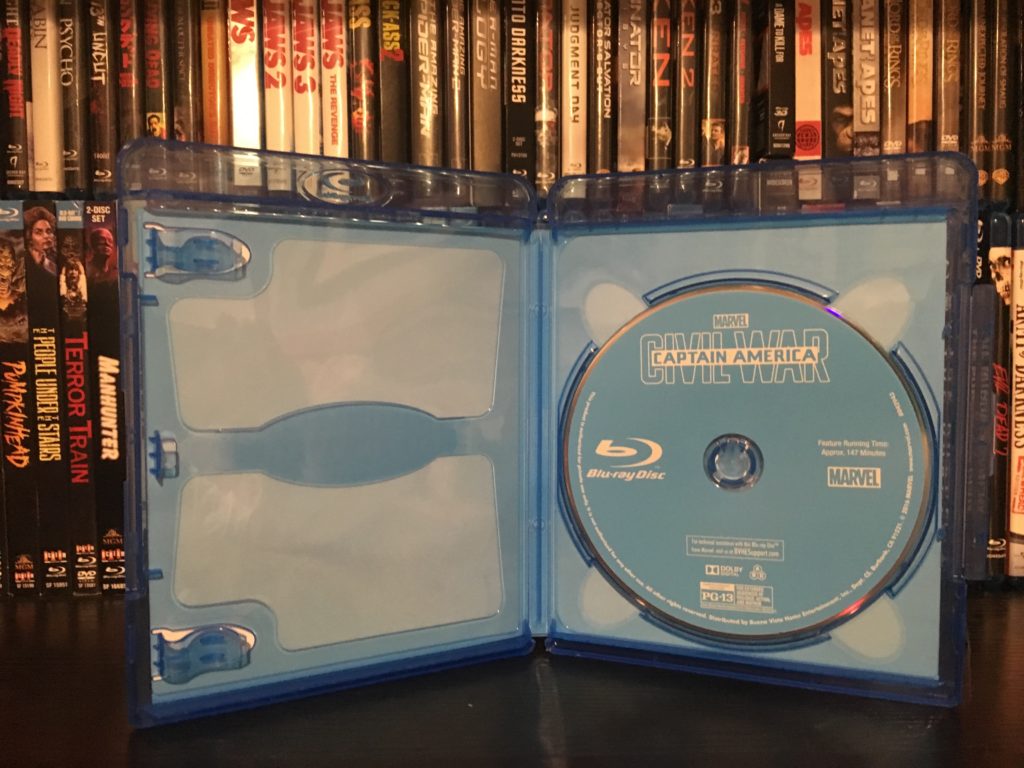 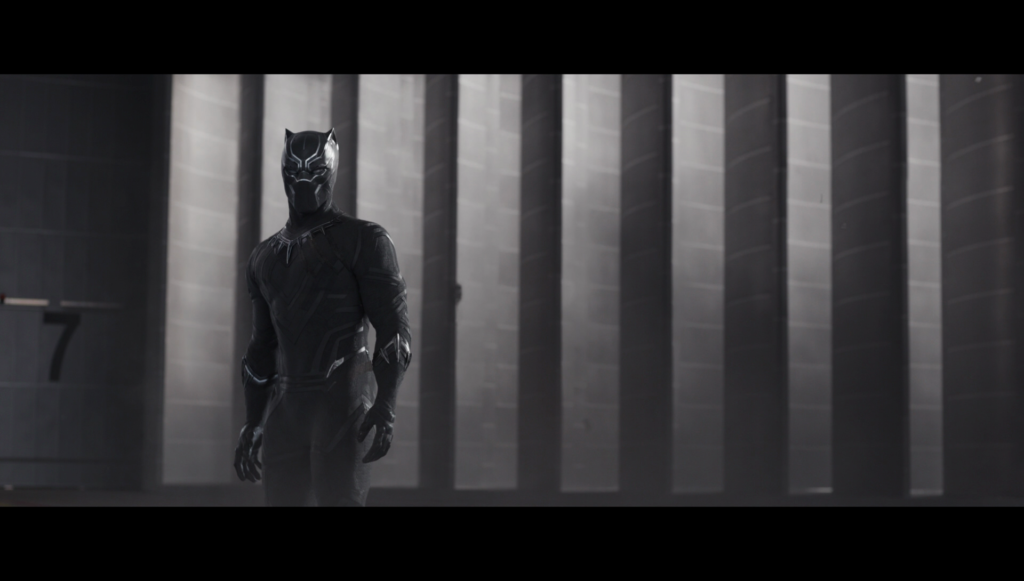 From a visual standpoint, Captain America: Civil War is a marvel (cheesy pun, sorry), with the video being one of the best of 2016 to this point. The audio suffers a bit with its levels and scale, causing the need for some volume adjustments, but they were minimal, although annoying. The special features are excellent, and although the packaging is sort of bare-bones, you know you are going to buy it anyway. If you want the premium packaging, grab the 3D Collector’s Edition or the steelbook from Best Buy, but if not, you can grab Captain America: Civil War on Blu-ray from Amazon or your favorite retailers.