“I remember seeing that box on the shelf whenever we went out to rent movies.” – My brother; December 4th, 2016.

Before the glut of movie poster aficionados created the ever-booming boutique poster market that Mondo owns heavy stock in, film fans relied on box art to bring in the all-important rental revenue. Numerous world-class stinkers made their way into the VCRs of renter after renter based almost purely on the strength of a catchy and provocative piece of box art. Cannon Films notoriously convinced financiers to back their films based solely on commissioned art for a script, using the money to actually shoot the film. In the grand old days of movie rental stores, box art wasn’t the fine wine to accompany the viewing, it was the carnival huckster screaming “step right up” with the film in hand to the counter. By the time director Douglas Cheek’s C.H.U.D. hit home video in 1985, the film had already gone to recoup its $1+ million dollar budget more than three times over, but the film would really hit its stride in the glut of late night rentals that dominated so many Friday and Saturday nights in the 80’s. I’ll maintain to this day that the poster/box art for C.H.U.D. was the direct inspiration for a much more prominent film that would debut a few years later: Teenage Mutant Ninja Turtles. Just compare: 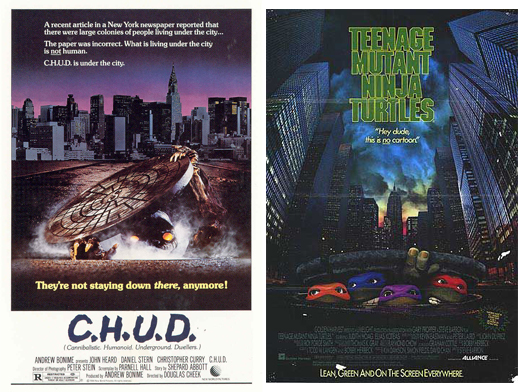 Now, Arrow Video delivers C.H.U.D. to home video in its first high definition presentation. Beloved by many despite its innumerable shortcomings, the film continues to hold a place of affection in the hearts of those who made regular pilgrimages to their video stores during the 80’s and 90’s. Does Arrow give us a presentation that will help rekindle the love of those lost days huddled around our tube TVs? Let’s take a look. 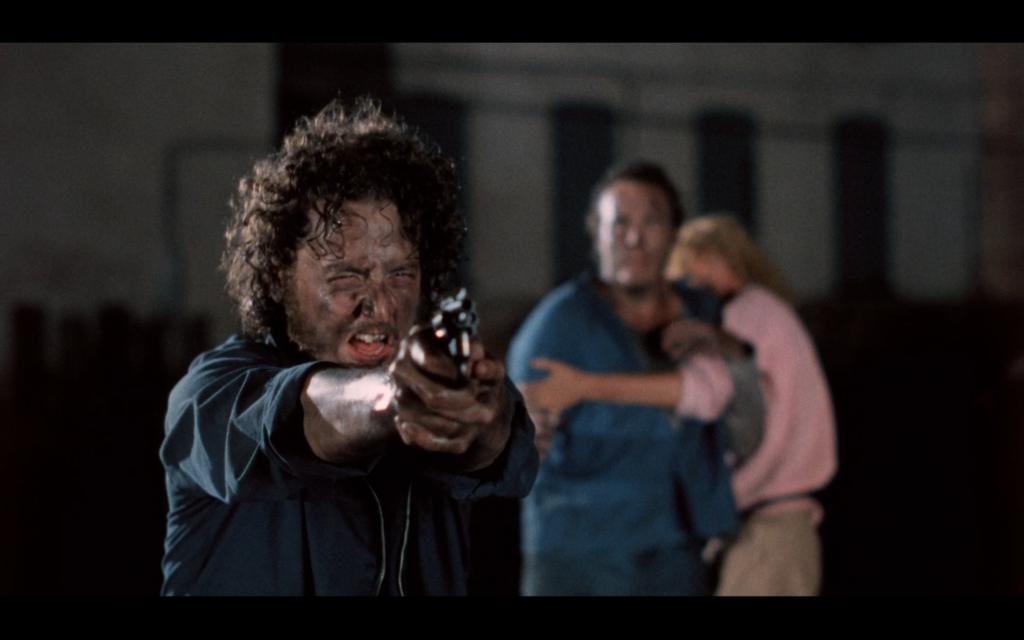 C.H.U.D. begins with photographer George Cooper (John Heard) detailing his ongoing project photographing the homeless who live underground to his girlfriend Lauren (Kim Greist), the two set-up an appointment for a modeling shoot but George’s heart isn’t in it. Meanwhile, Captain Bosch (Christopher Curry) of the NYPD is increasingly alarmed by a rash of missing persons cases hitting his precinct, the latest victim being his wife. He seeks out AJ Shepherd (Daniel Stern), who is the de facto leader of the city’s underground homeless. Shepherd reports that many of his friends have gone missing recently and that there’s some sort of government testing going on in the sewers. Incredulous at first, Bosch begins to believe Shepherd as events become stranger than they could imagine. Eventually, all of the characters will converge as they realize the danger facing them aren’t sewer alligators, but the rampaging menace of Cannibalistic Humanoid Underground Dwellers (C.H.U.D.)! 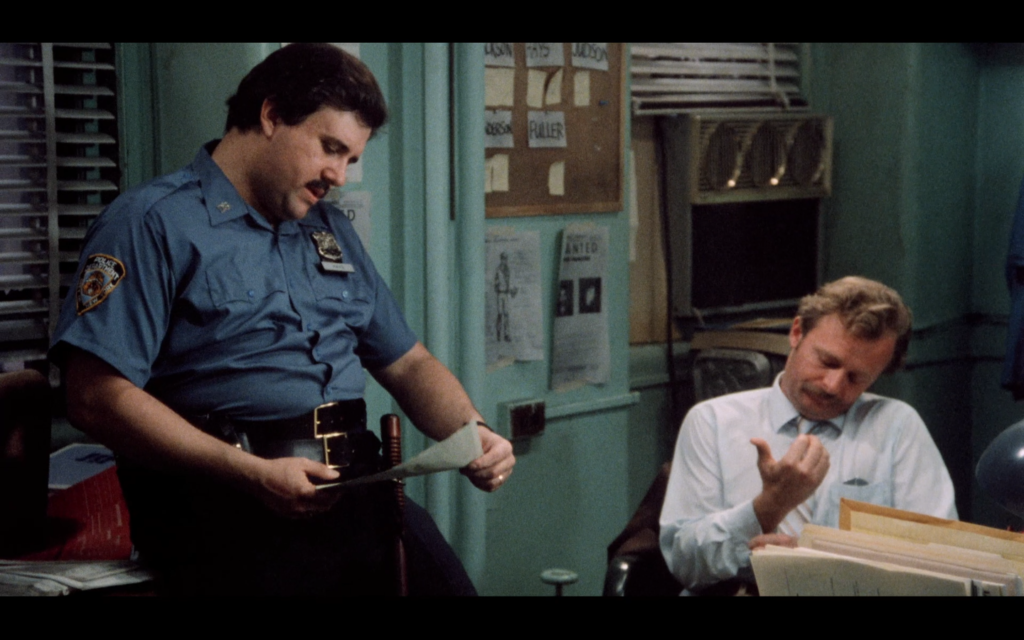 C.H.U.D. performed dismally during its theatrical run, although a few critics here or there did champion its odd, disjointed narrative as suitable to the subject matter, but the film really found its legs on VHS. A B-movie through and through, the film was all but designed for late night showings with friends. These days, there’s an added element to the joy of a viewing of C.H.U.D., a look at the New York City of yesteryear. These days, NYC is a paradise of tourism, but for many there’s a longing for the grit, character, and off-beat charm that came from a city that traded some safety and kindness of true character. Snapshots of that city still persist in film, and C.H.U.D. gives a viewer a great look at what was and will never be again. 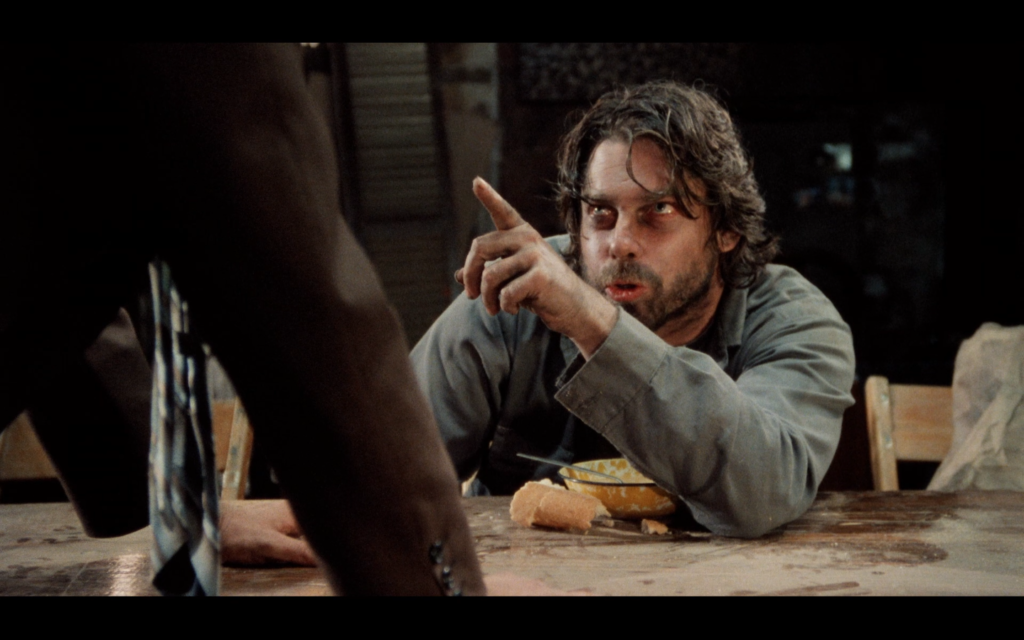 Fresh out of the sewer, Arrow Video brings us C.H.U.D. in its HD debut with a stunning 2k scan prepared especially for this release. A 35mm print was lovingly restored on behalf of Arrow specifically for this release, and the results are absolutely stunning. The title credits suffer from the same minor wobble that afflicted Shout Factory’s recent release of Dead Ringers, but it’s an isolated incident. The picture itself relies on a slightly blown out color palette relying on brighter tones to help flesh out the darker set pieces in the film’s numerous sewer scenes. That being said, it’s not egregious and fits in well with the overall presentation of the film. Despite an attempt s to brighten up the picture as a whole, blacks are rich to the point of being stark, sucking the eye towards them in many of the scenes so definition still suffers to some extent. This two disc release actually features two different cuts of the film, an “Integral Cut” preferred by the cast and crew and the original, theatrical cut. Both appear to use the same 2k scan as their source material as no difference could be detected. On a whole, this new presentation is absolutely gorgeous and far more than fans of the film should have ever expected. 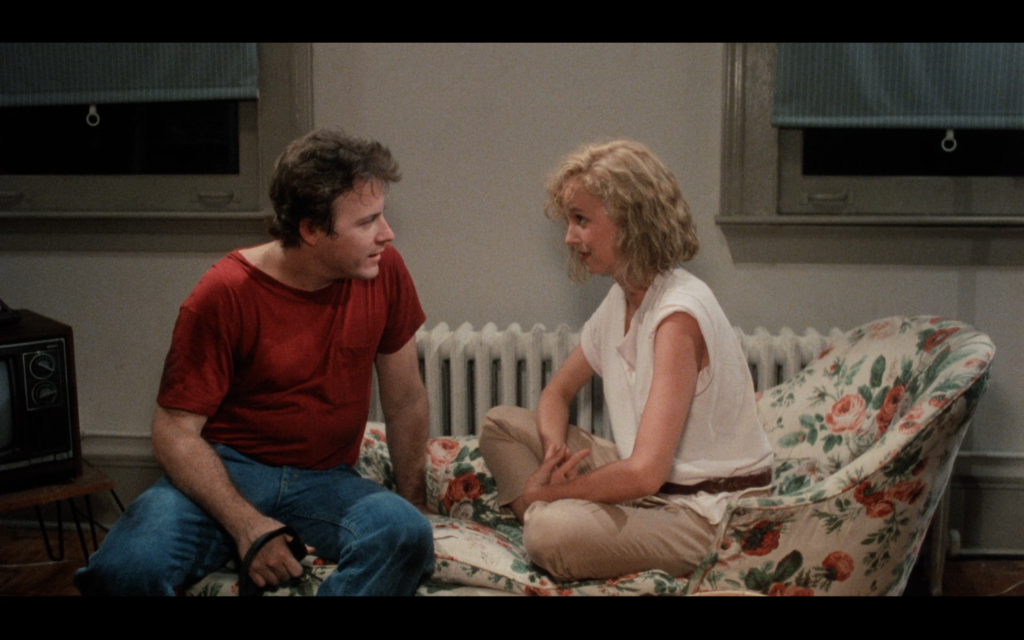 Compared to the stunning rehabilitation of the film’s visual presentation, C.H.U.D. comes to home video on this release with only its original mono audio presentation available. While folks like myself are gravitating to these releases largely for their improved visuals, it’s always a bit of a disappointment for some of these films not seeing any attention paid to a new audio track. That being said, the mono track is serviceable with no clarity issues or mishaps. Selections from the score are also made available in isolation as a feature on the first disc. 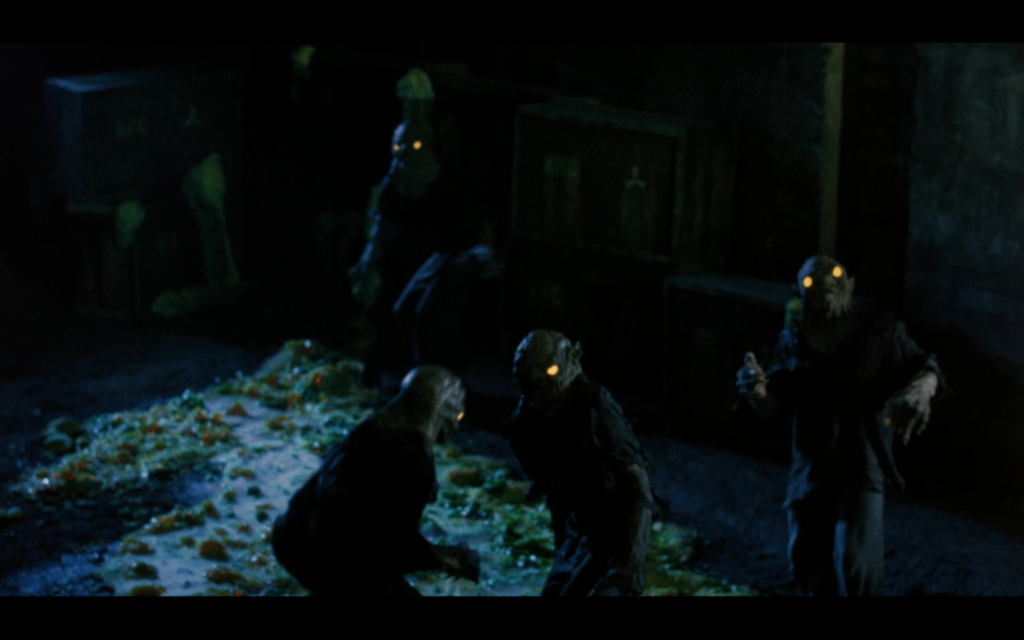 C.H.U.D. emerges from the sewer with a bevy of special features for the devoted midnight movie fan. As mentioned above, this two-disc release features two different cuts of the film: the “Integral Cut” is the preferred cut of those involved in the making of the film, featuring an improved ending and some additional character scenes to flesh out our protagonists. The Theatrical Cut is roughly ten minutes shorter and the majority of the cuts seem somewhat confusing and haphazard. I can heartily recommend the “Integral Cut” for your primary viewing of the film, with the Theatrical Cut as a curiosity more than anything. In addition, the first disc houses all of the additional featurettes and add-ons Arrow assembled for this release. Alongside brief production design and special effects mini-docs is the fascinating “Notes From Above Ground” feature where Michael Gingold of Fangoria fame takes the audience through some of the lower Manhattan locations used during filming. The first pressing of the film also includes an additional booklet From Arrow’s database: 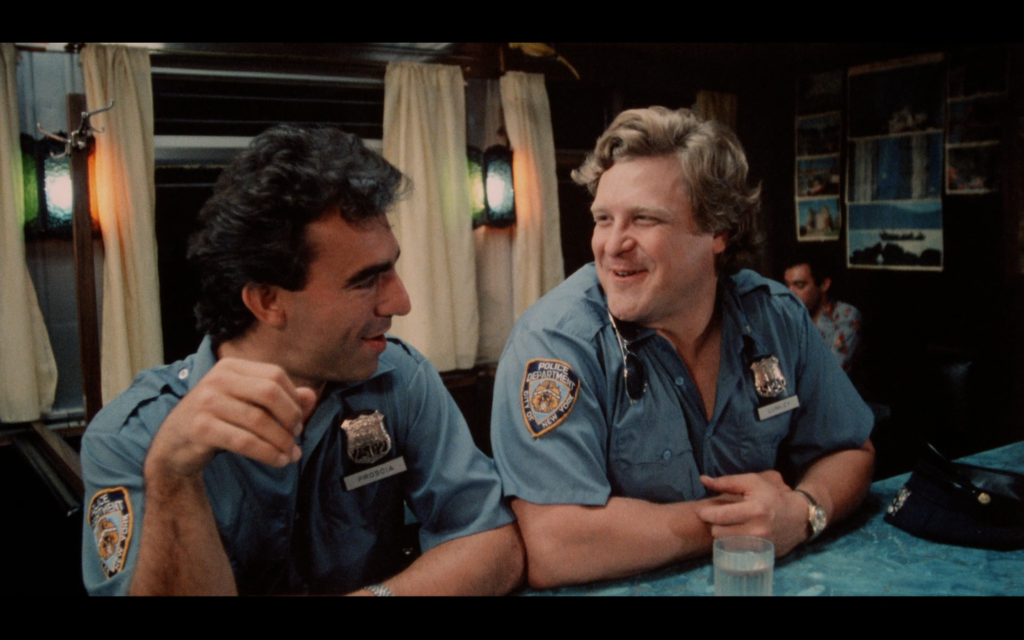 Arrow has really hit it out of the park with this one. C.H.U.D. is one of those films that brings me right back to the days of my youth, traipsing through the halls of the video store to find the next cheap thrill. Films like C.H.U.D. came alive on those long-forgotten Friday and Saturday nights when friends would gather with a stack of just-rented tapes to stay up all night with. Emerging from the sewers, this treatment of C.H.U.D. is more dynamic than I ever thought the film would get, with a sharp and noteworthy restoration that gives this creature feature fangs it may have never really had before. Tack on a solid audio track and a wonderful selection of special features and audio commentaries you’ve got a sure fire winner. Grab the popcorn, it’s time to be a kid again.