On March 4, 2015, it was announced that Jonathan Milott and Cary Murnion would be directing the disaster action thriller film. Jane Levy was attached to play the female lead role of Lucy. On September 9, 2015, Dave Bautista also joined the crew to play the war veteran Stupe, both Lucy and him meet during a military invasion of Brooklyn where they decide to cross five blocks of Bushwick to get home. On November 4, 2015, Brittany Snow was cast in the film replacing Levy in her role as Lucy. Principal photography for Bushwick began in early December 2015 in Brooklyn, New York City.

Will they be able to reach the DMZ and successfully get to safety? I mean, the entire city of Bushwick is surrounded by mercenaries and helicopters as the nation is going through what is labeled as a second Civil War. We shall see… 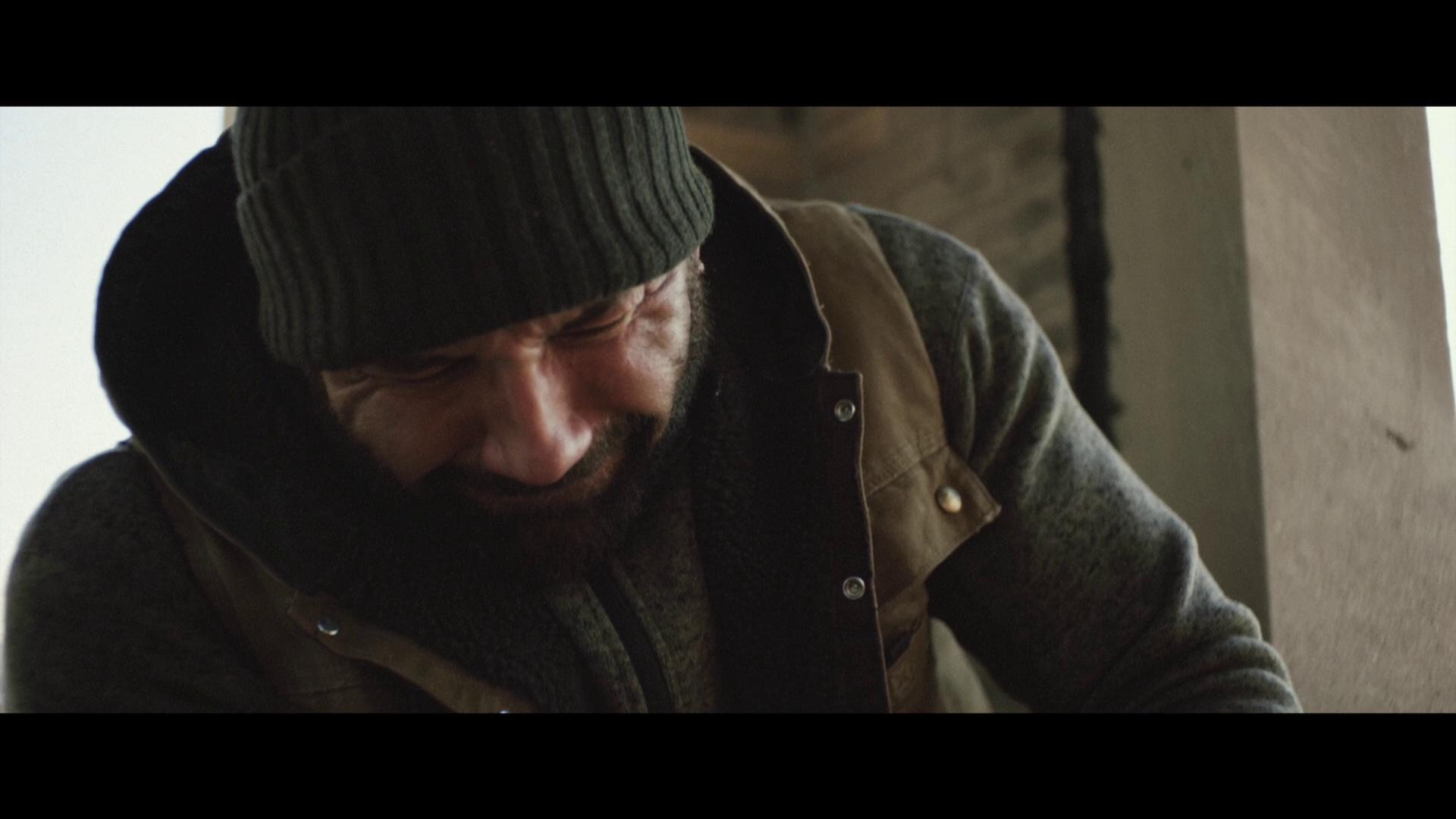 Bushwick is a film that I wasn’t completely sure about going into it.  With limited information about the synopsis being available, the little bit of reading that I had done prior to watching it had just slightly grabbed my attention.  Imagine a high-octane, fast-paced experience as soldiers have taken over your city or town and the fact that you have to basically fight to go anywhere without the risk of being shot on site.  I know that if I were stuck in that situation, I’d definitely not be able to do so.  The story that we’re given with this film is pretty solid and very well maintained up until the last fifteen or twenty minutes.  At that point, the story, for lack of a better term, comes to an end.  As much as I wanted to see just a little bit more as my wife and I reached the end of the film, I couldn’t help but find myself saying “that’s it?” as the end credits started to roll.

Available in 1080p, Bushwick offers a crystal clear view into this semi-dystopian period.  Allowing home viewers to see every nook and cranny in the now distraught landscape.  One thing that was definitely appreciated as we watched through this movie, was the very well maintained clarity in the picture as some of the more fast paced action sequences played out.  They offered no visible distortion, allowing my wife and I to visually feel the intensity of everything that was happening. 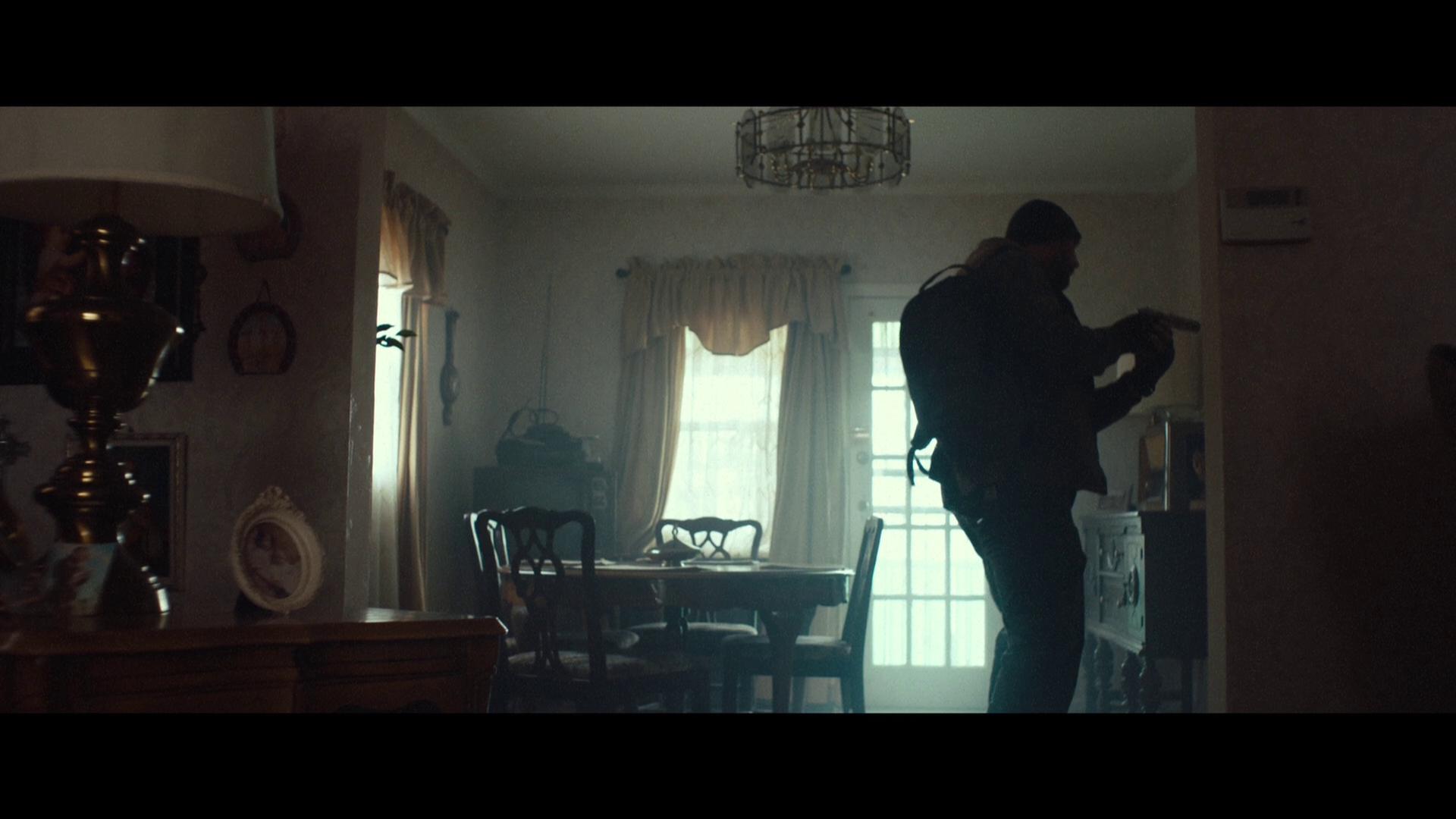 Packaged with a Dolby Digital 5.1 audio track, Bushwick makes absolutely every effort to offer an all out immersive experience for those with the ability to make use of the technology.  While it’s not nearly as immersive as a DTS or Atmos track, the overall audible presentation of this release was really well done.  Hearing every aspect of the ambient noises coming from the surround and rear speakers respectively, this Blu-ray did a really solid job at making my wife and I feel as if we were right there in the middle of everything. 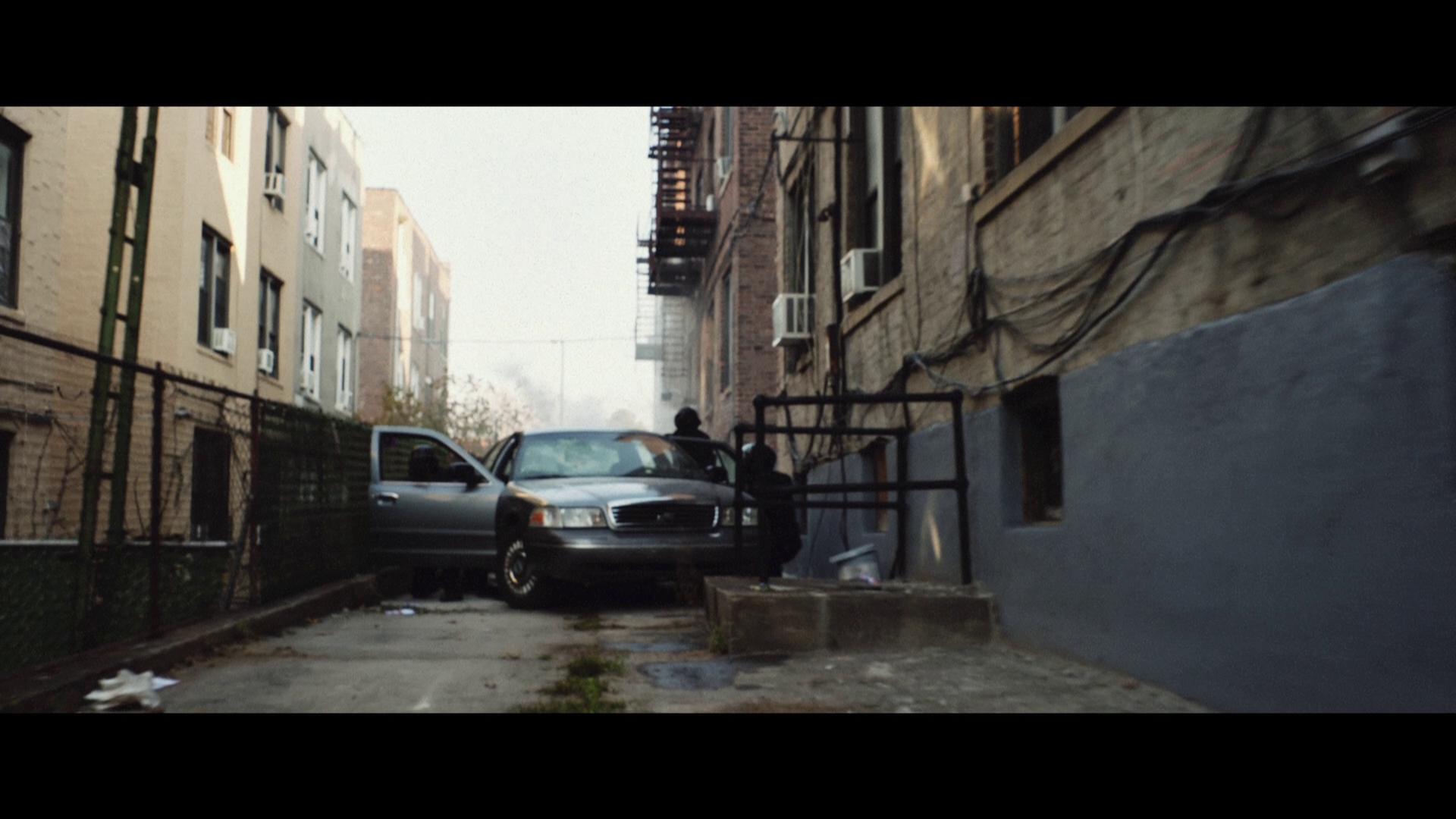 Packaged in your standard two-disc Blu-ray amaray case, Bushwick comes bundled with the standard Blu-ray copy of the film as well as the standard DVD copy of the film.  Each of the two discs feature a different piece of artwork that is related to the film.  The Blu-ray discs art does match that of the case art, while the art on the DVD is slightly different.  There is no digital copy redemption pamphlet included, however there is a slipcover that’s been made available during the first print of this film. 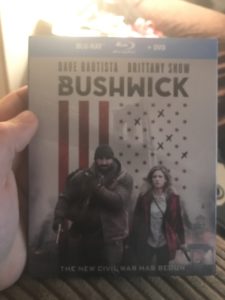 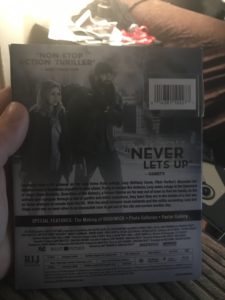 Bushwick surprisingly offers just enough bonus content that allows viewers to not only explore the film itself further, but to explore the work that went into making this release available.  Included with this release is: 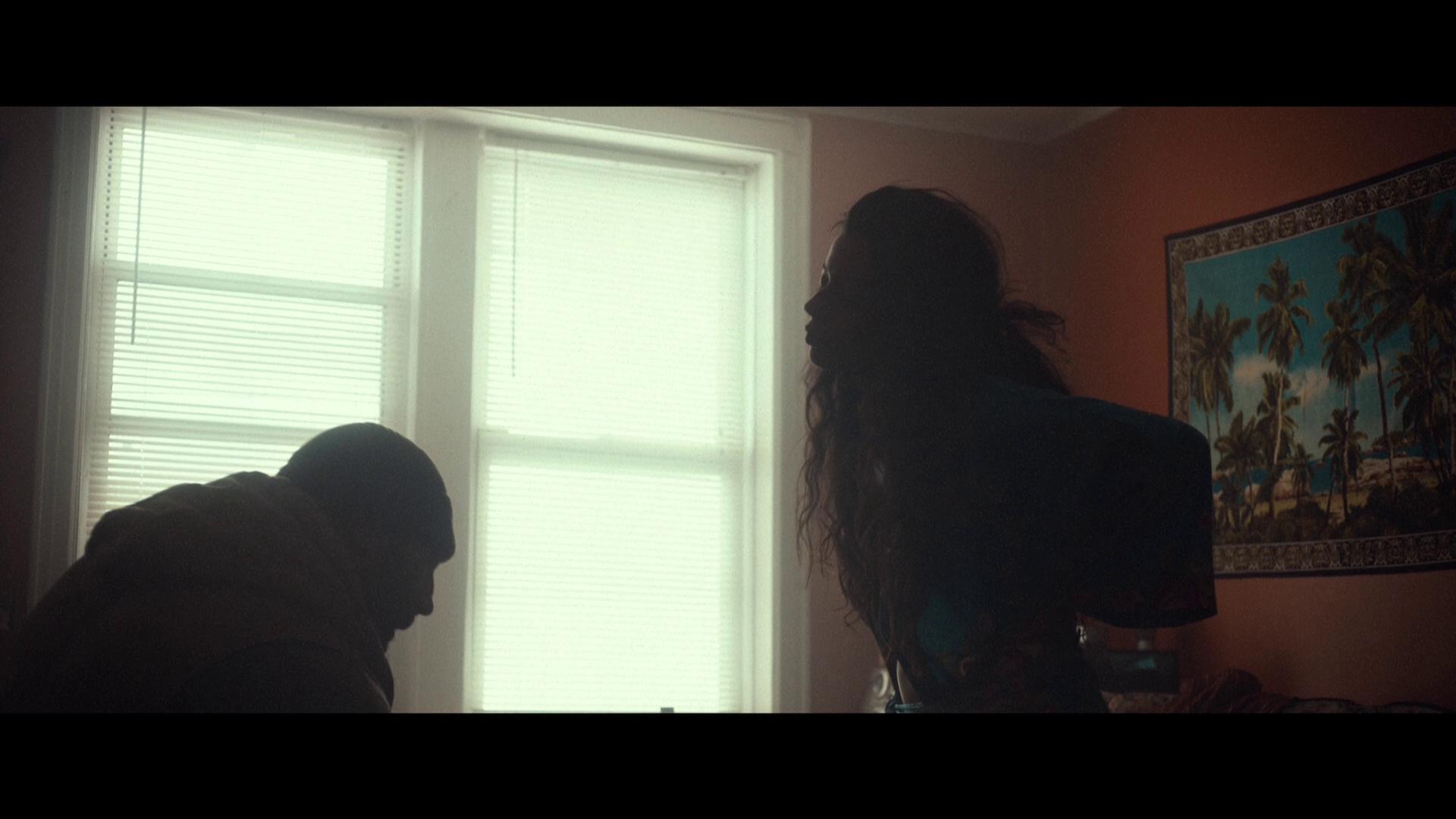 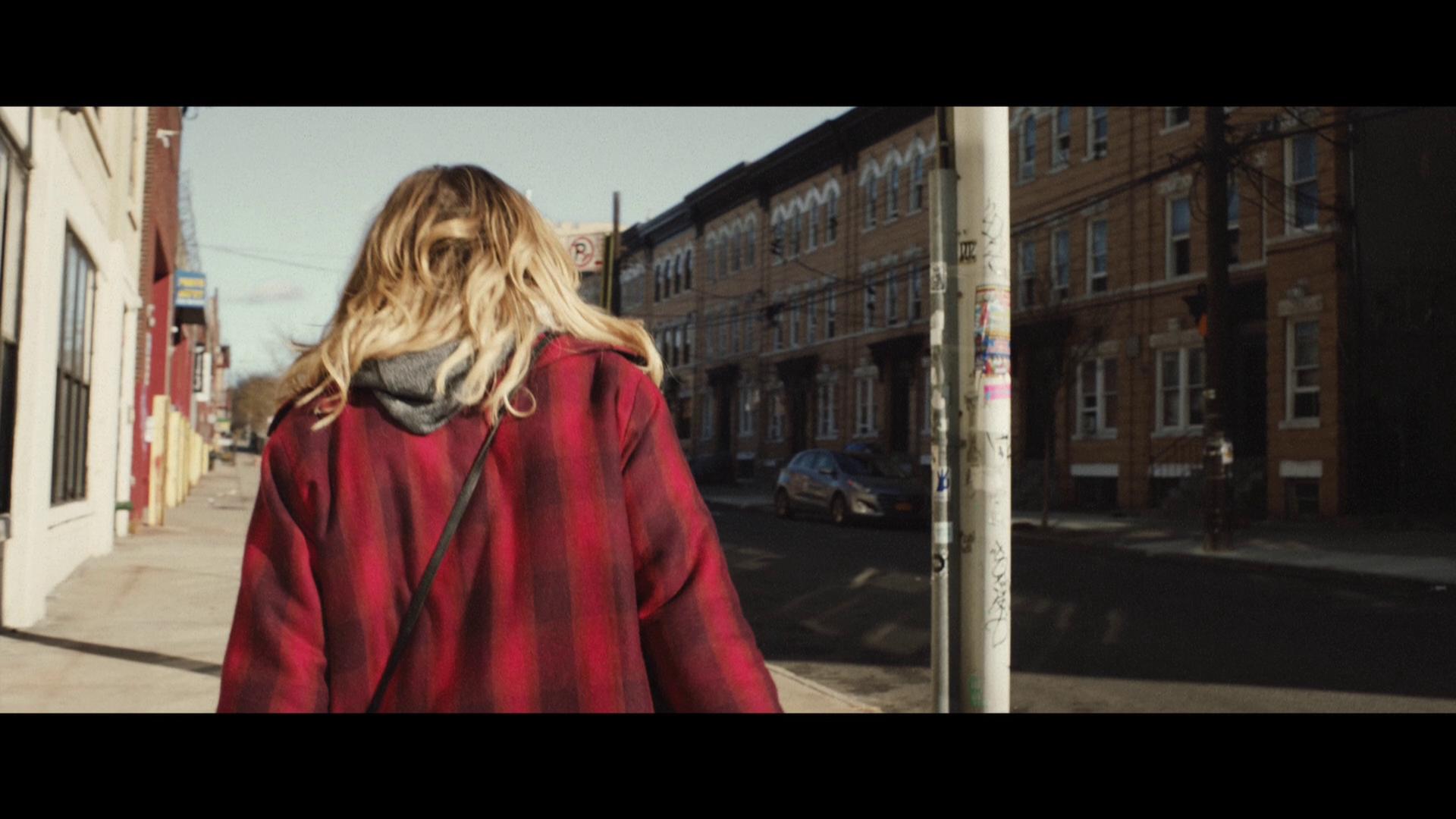 Overall, I was genuinely surprised with Bushwick and the experience that it had to offer.  Going into this film with minimal knowledge of the story, I didn’t know what to expect at all.  We are given a fast paced story, that somewhat feels similar to the story line of The Last Of Us for the Sony Playstation, but not quite as extensive.  The overall visual and audible presentation of this Blu-ray was really well done and offered a great experience for my wife and I.  There’s a decent amount of additional content that’s been made available to allow consumers to explore the film further.  If you’re on the fence about this movie, I’d definitely consider picking it up.  Bushwick is available on Blu-ray now! 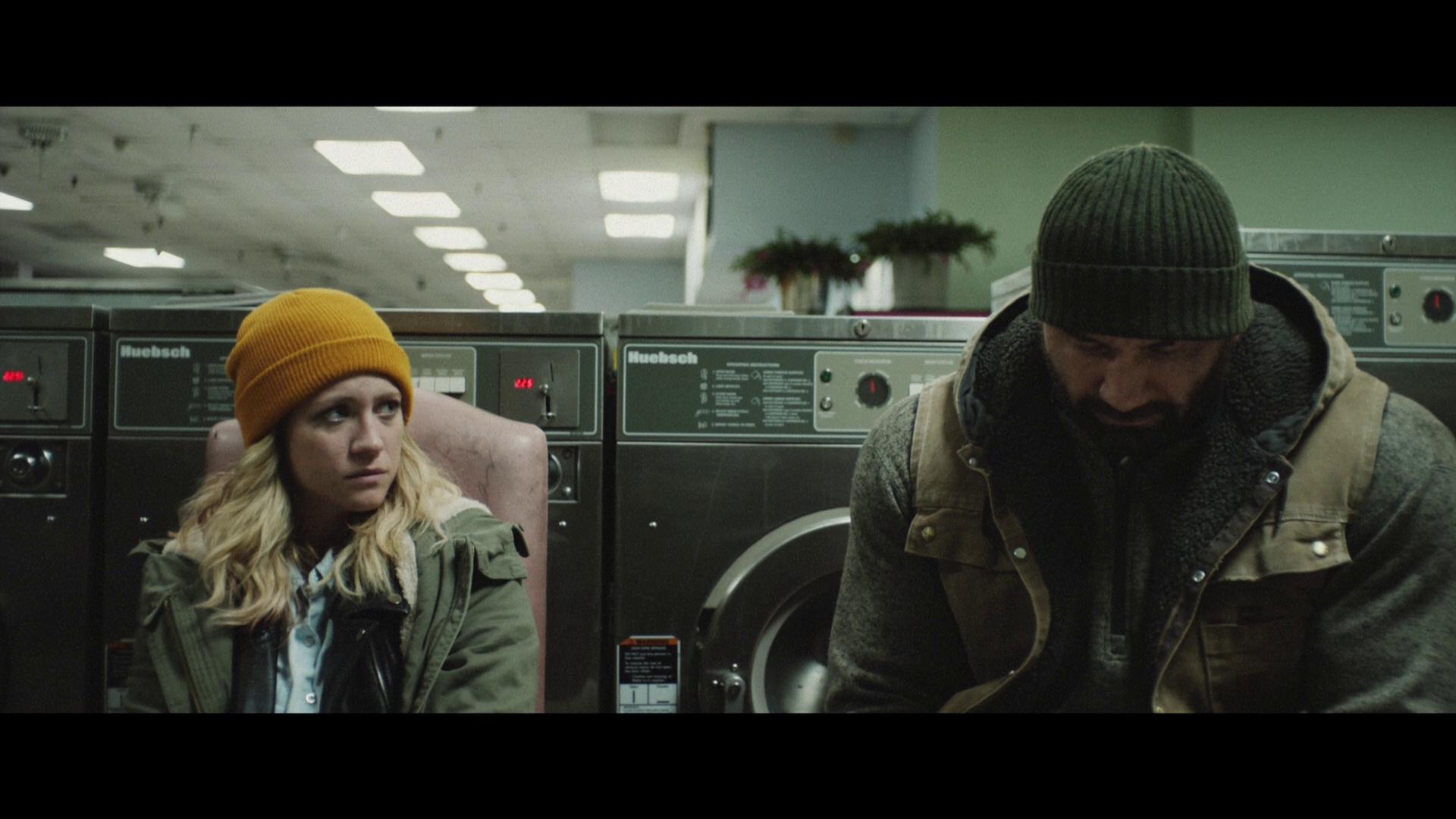