High concept films are almost strictly in “boom or bust” territory. Some are so wildly successful that their particular brand practically creates its own subgenre (I’m looking at you The Wages of Fear and the inexplicably great remake Sorcerer), while others never manage to deliver a solid film on a concept that sounds promising (Gus Van Sant’s Psycho). To deliver on an idea so unusual and so demanding is, to put it simply, a feat few are capable of, but Don Coscarelli isn’t just anyone. Don Coscarelli is not a prolific filmmaker by any stretch. Widely known and celebrated about horror fans for the Phantasm series of films, Coscarelli can count numerous celebrated directors as fans of his work. J.J. Abrams, for example, has undertaken the bulk of the costs and labor in remastering the original Phantasm in 4k for a theater re-release and home video set. However, his story of an elderly Elvis Presley (or is he?) and his best buddy, a man who believes he is actually JFK, on the run from a homicidal mummy has always held a special place in the hearts of those lucky enough to see it. Now, after years of anticipation, Coscarelli’s true masterpiece finally makes the leap to high definition thanks to the fine folks at Scream Factory. Is the resurrection of Bubba Ho-Tep on HD worth the wait? Let’s take a look. 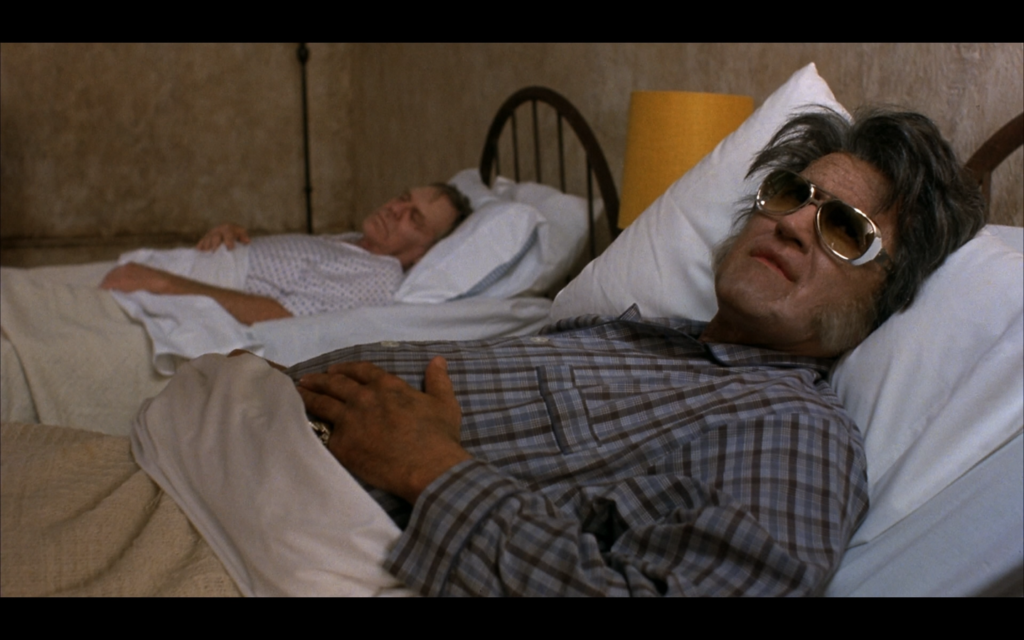 Coscarelli’s Bubba Ho-Tep tells the story of Elvis (or is he?). Far from deceased, he’s been holed up in a nursing home with a plethora of health problems and a serious case of mistaken identity. While the King (played by the ever popular Bruce Campbell in the finest performance of his career) insists he’s the real deal, the rest of the world knows him only as Sebastian Haff, an Elvis impersonator gone too far. Coscarelli has fun with the truth, or lack thereof, of our hero’s past. This Elvis, however, is at the end of his life, failing to even get out of bed for the first twenty minutes of the film. His only real friend at the facility is played by Ossie Davis. Jack, as he likes to be called, insists that he is in fact John F. Kennedy. His wheelchair bound condition and suspicious race difference, he explains, is the result of a conspiracy led by Lyndon Johnson. With a truly wacky set-up in place, Coscarelli pushes the envelope by introducing a murderous mummy into the mix. Escaped from a bus that crashes with its sarcophagus inside and disguising itself as a cowboy, the mummy begins to stalk the rest home where Jack and the King spend their last days. Determined to not go down without a fight, the two band together to make one last stand. 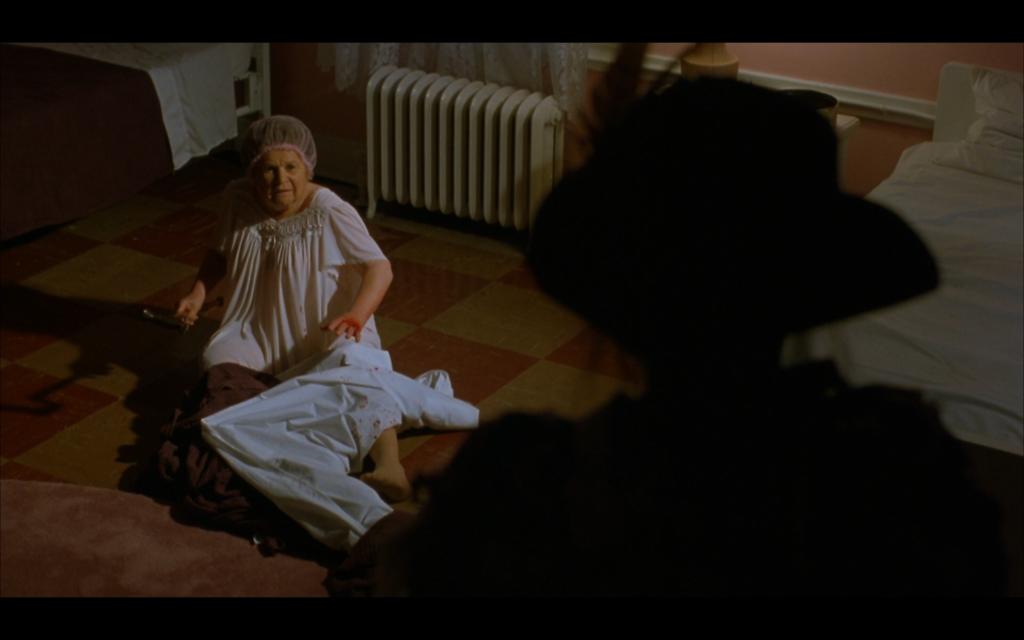 There’s a quote from Cheryl Eddy at io9 that exemplifies this film: “Bubba Ho-Tep is that rare cinematic combination of totally unique story and near-perfect execution.” Truer words have rarely been spoken. Coscarelli coaxes multi-dimensional performances out of his two leads, each giving real depth, sadness, and comedy to their easily laughed off roles. Feeling for these men and their imagined(?) pasts could easily fail, but with deft direction and committed actors, the film pulls it off. While the pay-off may not fully match the strength of the set-up, the climax of the film does go a long way in bringing each character’s story to a satisfying, if inevitable, conclusion. With little in the way of a theatrical run, Bubba Ho-Tep’s popularity has grown almost strictly by word of mouth and the strength of Coscarelli’s reputation as a filmmaker. While he will always be best known for the Phantasm series, Bubba Ho-Tep is his masterpiece. 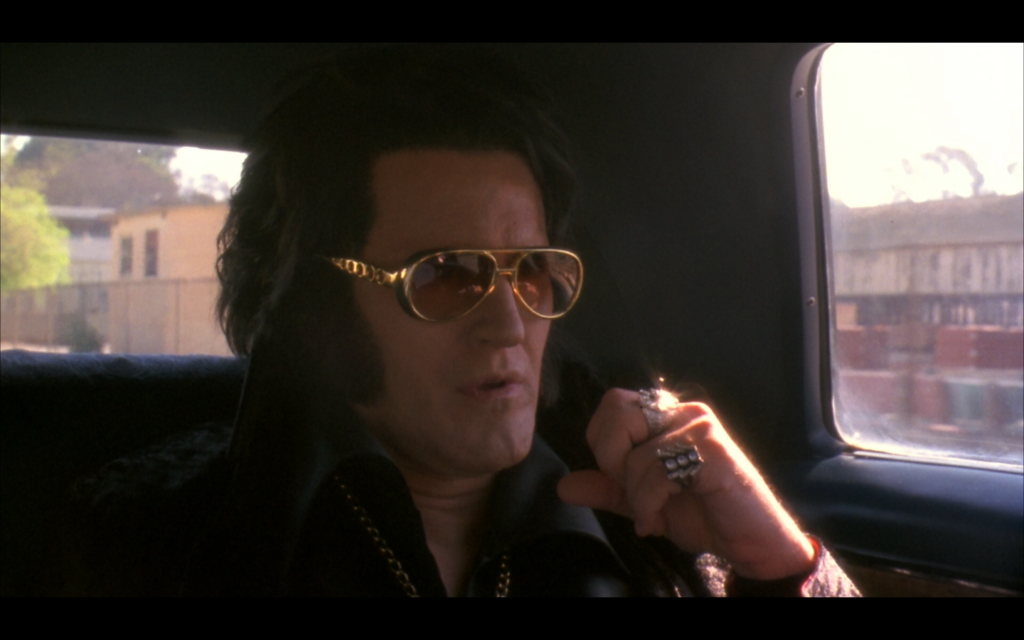 Shot on an Arriflex 535 (the favorite of Roger Deakins), this is the film’s first time in the U.S. on high definition home video and I’m sad to report that I’m very underwhelmed by the presentation. A persistent and all encompassing lack of definition on fine details is omnipresent in the transfer we see here, accompanied by a light haze on brighter shots. Black levels tend to be strong and wide shots fare slightly better than close-ups in terms of clarity, but this film lives on close-ups so the issue is never out of mind for long. Shout makes no mention of a new transfer of any kind being prepared for this release, so I’m moving off the assumption that the similarly problematic DVD releases of the film were used as the source material for this presentation. Sadly, this film’s record on home video continues to be substandard, especially for a film with such a rabid fanbase. 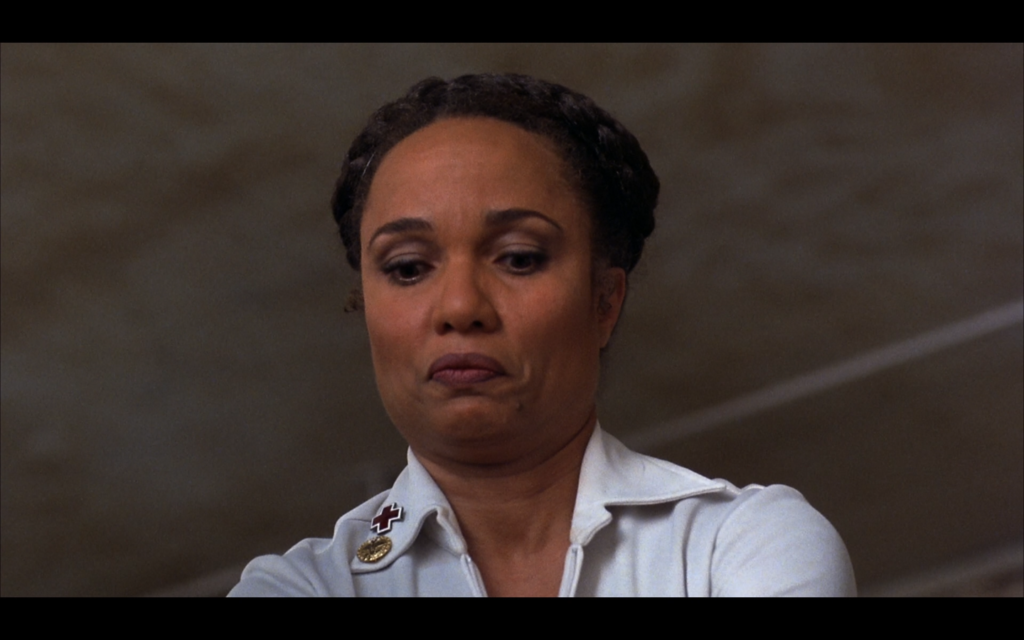 Shout! Factory delivers Bubba Ho-Tep with a DTS-HD Master 5.1 mix that delivers a satisfactory, if not spectacular, audio experience. Bubba Ho-Tep is a film that doesn’t make extensive use of a score, and certainly not a particularly memorable one. Guitar twangs accompany certain set pieces and comedic moments, but by and large the film’s audio will succeed in making sure that the characters are clear. In this respect, the audio is successful. The mix doesn’t often use the full range of the mix in a dynamic way, presenting a more front-focused audio experience, especially when it comes to the conversations. That being said, the score when present, does occupy the full range. Sweeps and shifts from side to side are less utilized. 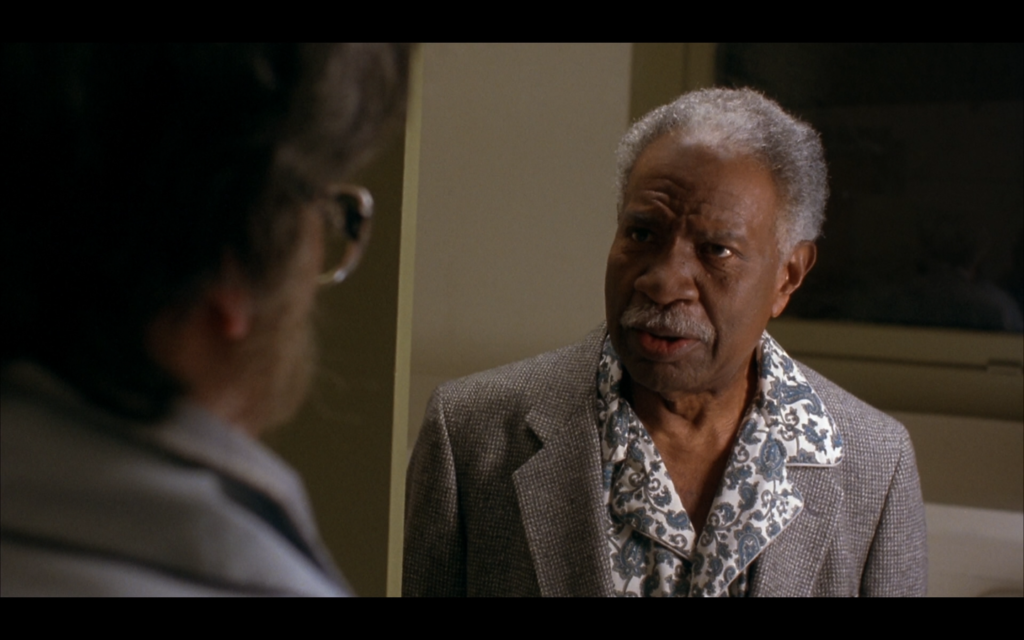 Bubba Ho-Tep arrivntees in a pleasant presentation from Shout! Factory. Featuring new artwork from Joel Robinson, the disc is accompanied by reversible artwork and a slipcover.  The disc itself features a large collection of special features, including four new features that are exclusive to this release: three new interviews with Bruce Campbell, Don Coscarelli, and sfx artist Robert Kurtzman, as well as an audio commentary with Jon Lansdale, the author of the short story that inspired the film. In addition, previous special features from the DVD releases have been included, of note is the audio commentary by “The King”, where Bruce Campbell gives his commentary in character as Elvis/Sebastian Haff. As always, Shout! Factory delivers on a strong variety of special features. From Shout! Factory’s database: 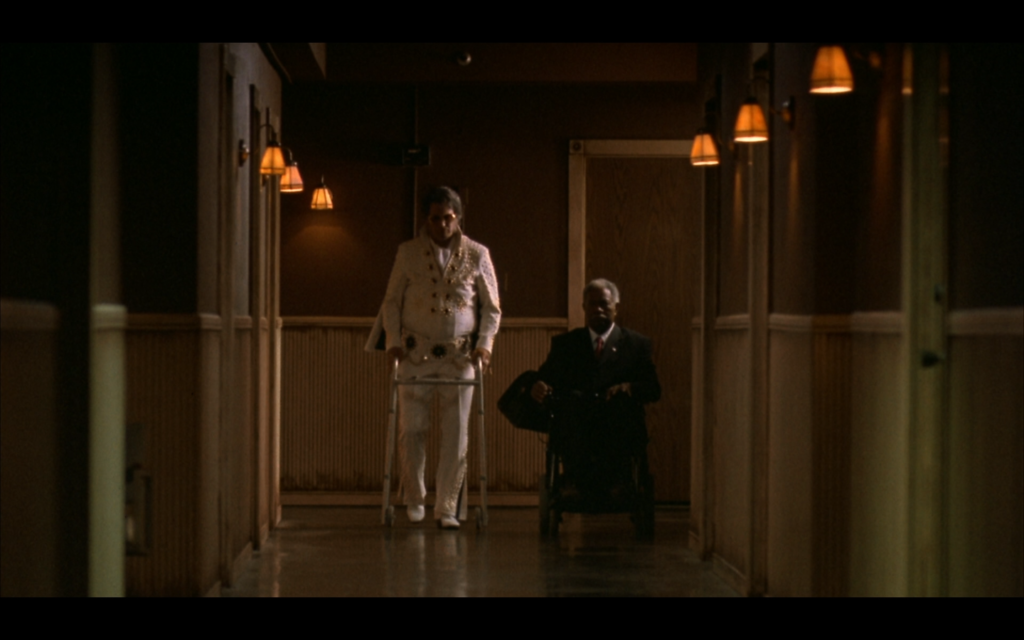 Don Coscarelli’s Bubba Ho-Tep is a masterstroke. Endlessly funny, impeccably acted, and presented with a wonderful script, Bubba Ho-Tep is a high concept film that delivers on nearly every level. Unfortunately, when it comes to home video, this release from Shout! Factory continues the rough road the film has walked. The original DVD and its re-release were plagued with issues of visual clarity and fidelity. Without a new scan of the negative or interpositive, Bubba Ho-Tep will continue to be plagued by problems which are part and parcel with the scan that has been used time and time again. While Shout! provides a strong 5.1 presentation to accompany the visuals, on a whole I can’t help but feel disappointed by seeing this film’s release fall short yet again. If you do not presently own Bubba Ho-Tep, as many fans were holding out for a high definition release, then picking this up is a reasonable proposition as the special features both new and old are strong and diverse. However, if you’re a current owner of the DVD, I can’t give a strong recommendation. Upscaling from the DVD won’t provide a drastically different presentation from this Blu-ray.