Bound is a 1996 American neo-noir crime thriller film that was written and directed by the Wachowskis in their feature film directorial debut. Violet, who longs to escape her relationship with her mafioso boyfriend Caesar, enters into a clandestine affair with alluring ex-con Corky, and the two women hatch a scheme to steal $2 million of mafia money.

Bound was the first film to be directed by the Wachowskis, and they took inspiration from Billy Wilder to tell a noir story filled with sex and violence. Financed by Dino De Laurentiis, the film was made on a tight budget with the help of frugal crew members including cinematographer Bill Pope. The directors initially struggled to cast the lesbian characters of Violet an dCorky before securing Tilly and Gershon. To choreograph the sex scenes, the directors employed “sex educator” Susie Bright, who also makes a cameo appearance in the film.

Overall, the film received positive feedback from film critics who praised the humor and style of the directors as well as the realistic portrayal of a lesbian relationship in a mainstream film. Detractors of the film found its plot to be superficial and criticized the violence as excessive. The film has won several festival awards. 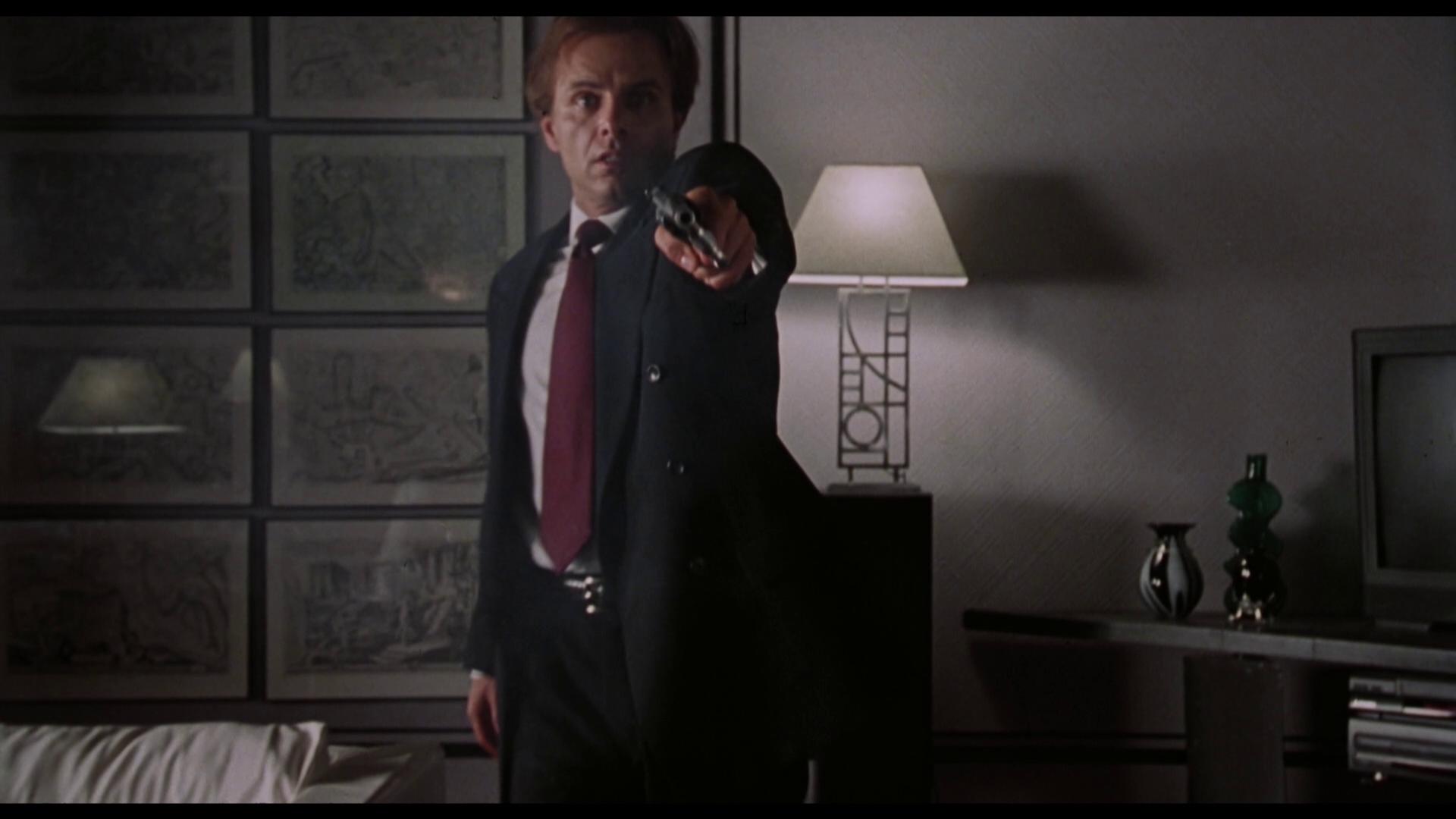 Bound is a movie that I had previously never heard anything about, and when the opportunity to check it out came to my doorstep, I was excited to see since it is the directorial debut of the Wachowskis. This movie gives its viewers a wide array of tantalizing elements that suck you in right from the get go. However, the more artistic direction, the performances of the cast embers, and its neo-noir caper storyline really make for this to be an enjoyable experience. 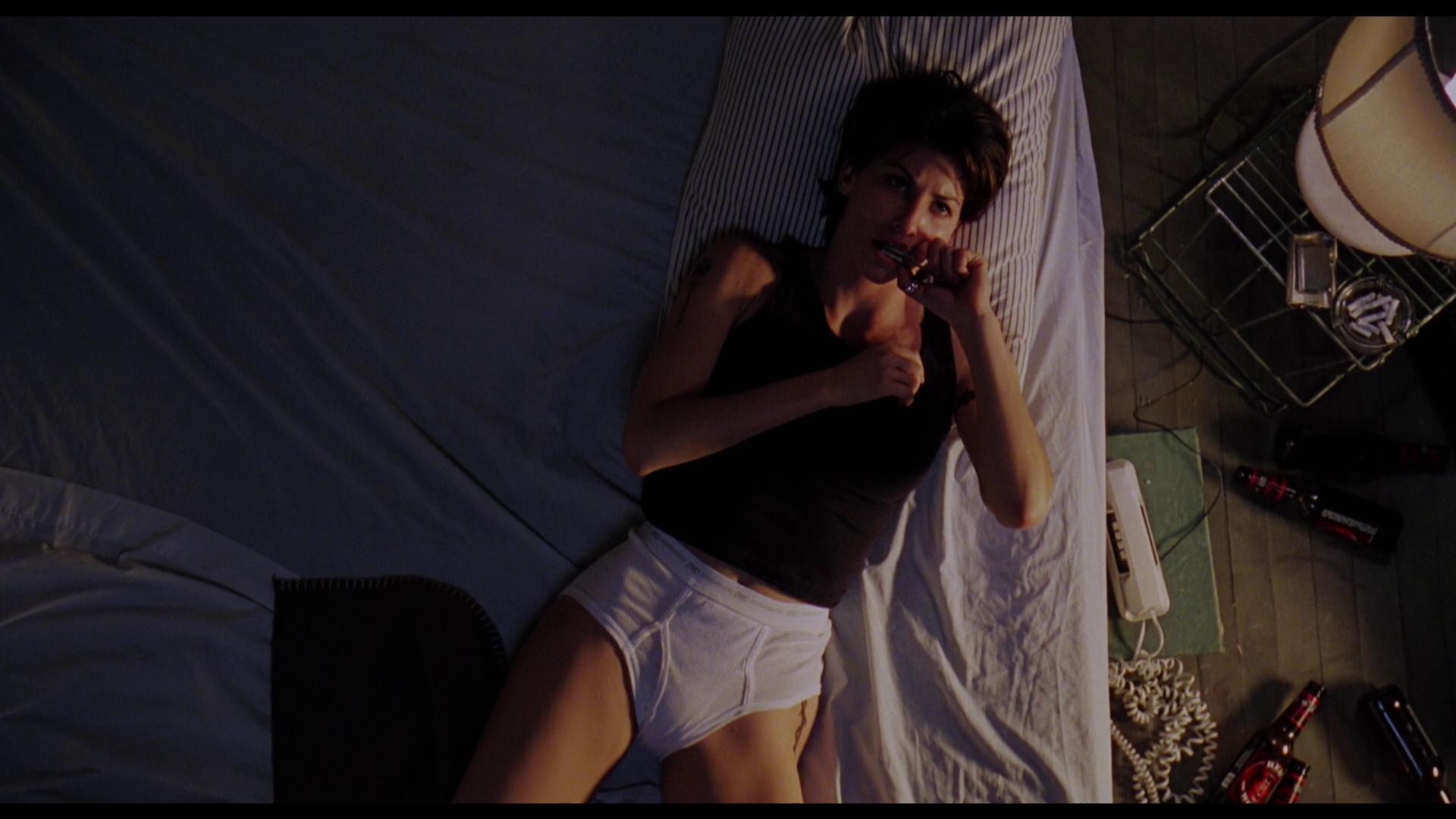 Providing audiences with a freshly rescanned version of this film, Bound looked absolutely amazing as it played out across my living room television.  Offering what felt like an original experience that would have been had when this movie had first been released, the entirety of the movie was smooth, clean and allowed absolutely no visual distortion whatsoever.  Unfortunately, there really weren’t any scenes that stood out more than others, but I can certainly attest to the visual presentation of this release being comparable to that of your standard Criterion release. 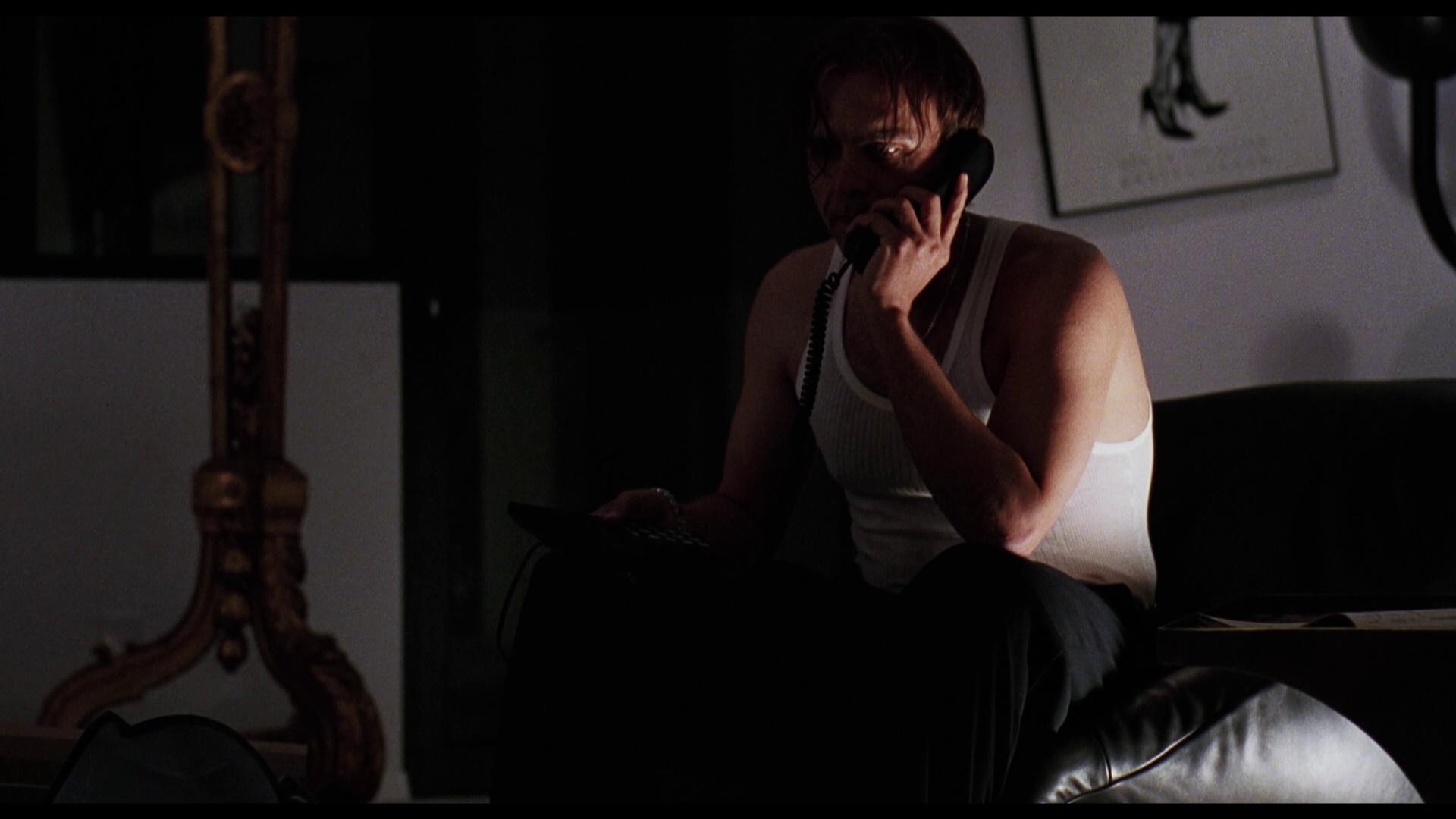 Packaged with a freshly remastered DTS-HD Master Audio 2.0 mix, Bound takes the original presentation and adds a significant amount of power behind it.  While it’s not as immersive of an experience that it could have been; you can definitely tell that there was an attention to detail as they were working on the remastering of this release.  Boasting its powerful presence, the dialogue was spoken cleanly, allowing for the cast and characters to be heard and understood without having to manually adjust the volume levels as the movie plays onward.

The Olive Signature release of Bound comes packaged in your standard single-disc, clear colored, special edition amaray case.  Within that case is the standard Blu-ray copy of the movie, the disc featuring a pretty simplistic color presentation that is similar to that of the overall case art, but not a complete match.  There are no DVD copies nor are there any digital copy redemption pamphlets.  There is also a thicker cardboard slipcover where the amaray case slides into the side that features the same piece of artwork that’s been provided on the case art.

There are a handful of special features that have been included on this release of Bound.  Most of the content offers some insight on the work that went into the making of the movie, and the extreme attention to detail.  Included with this release is:

NOTE: There is an error on the review packaging that may be reflected on retail.  The packaging indicates that a special feature titled “Hail Ceaser” featuring Joe Pantoliano that was to be included.  This particular feature was omitted from this release, and there are no plans to re-release it with this feature. 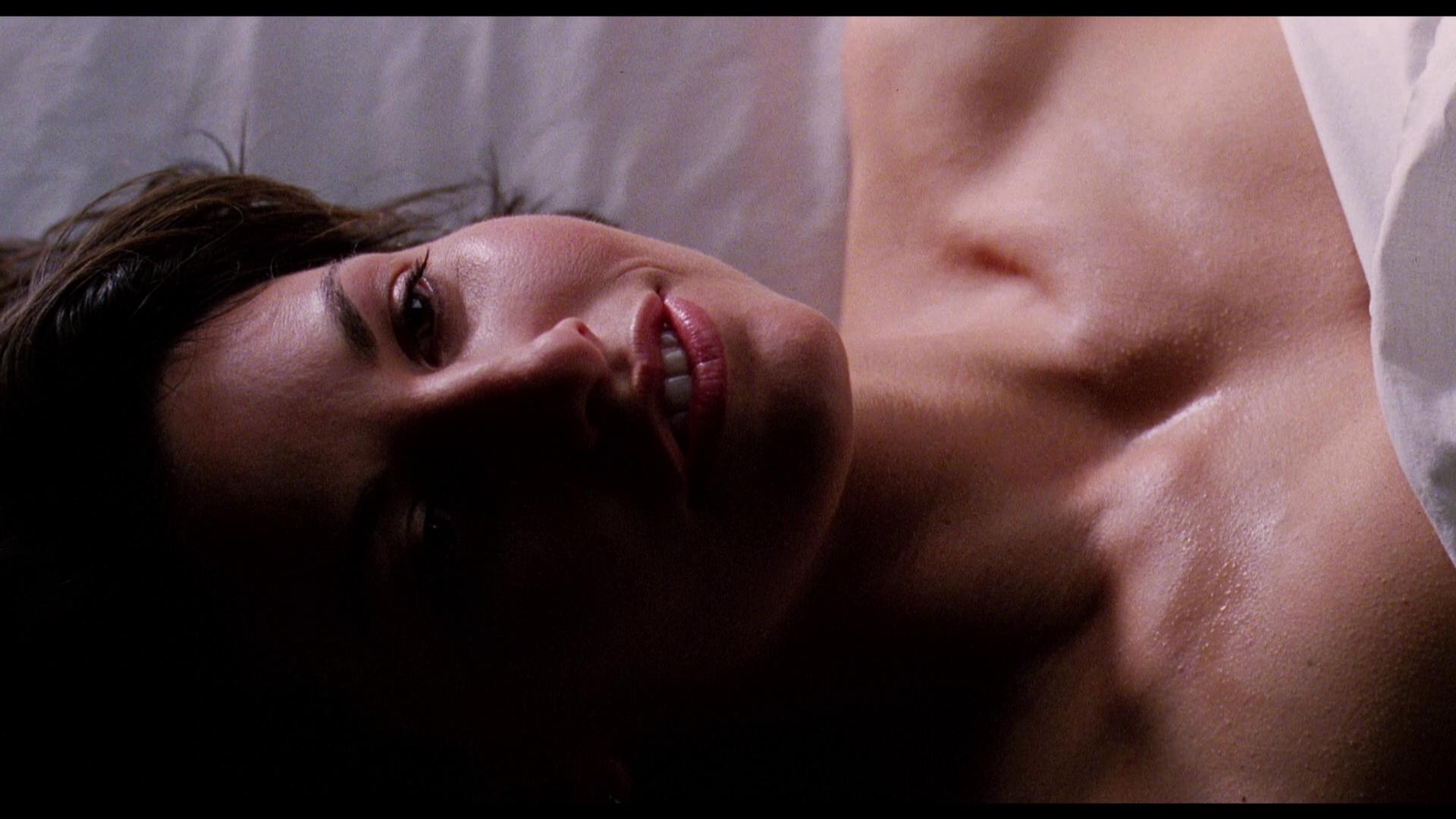 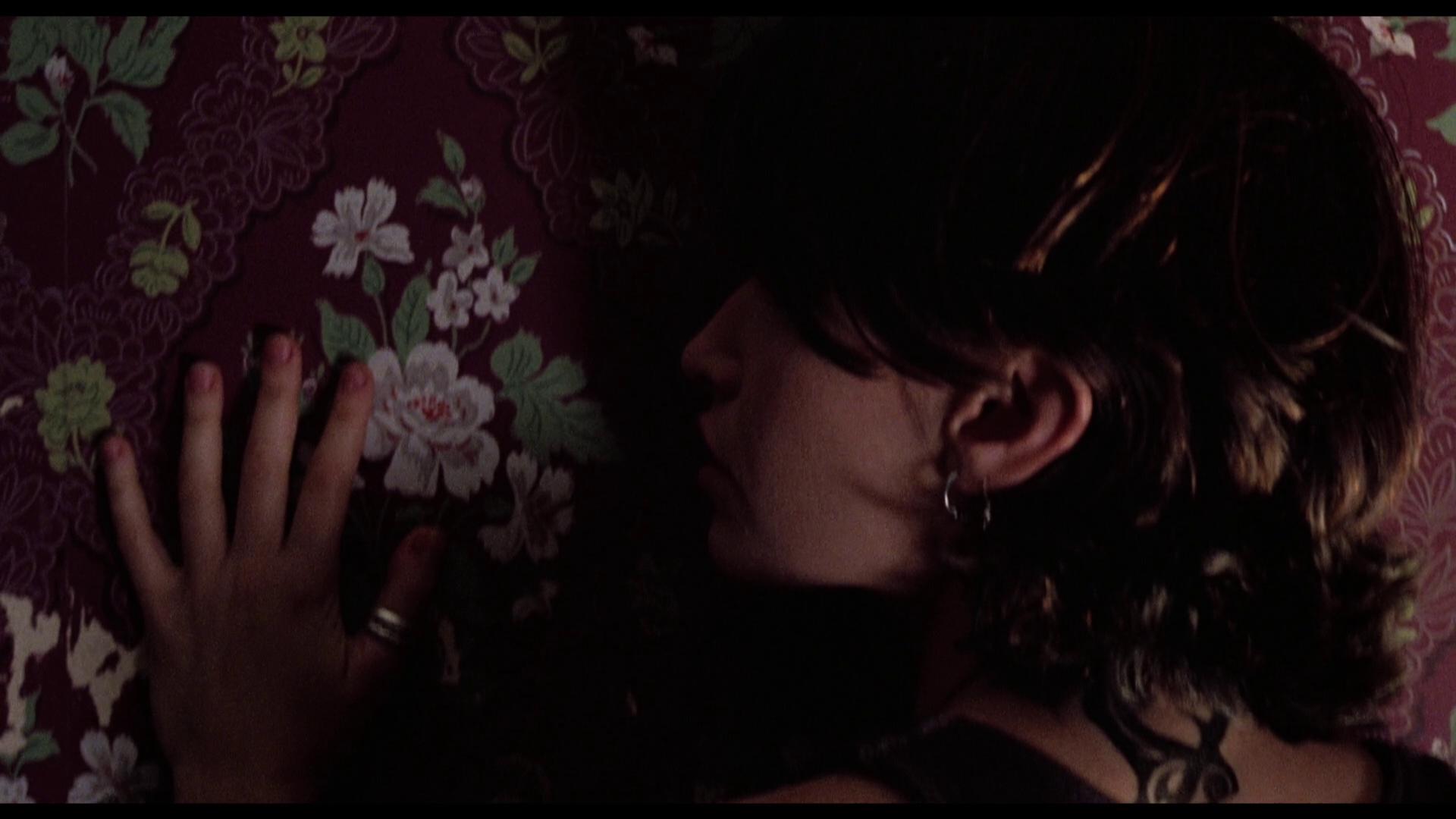 Overall, Bound was not at all what I had expected going into it.  Of course there was the little bit of lesbian action that was mentioned in all of the research articles that I’d read going into it; but, we’re given a story that grabs your attention right from the beginning and manages to maintain it straight through until the end.  The audio and video presentation of this release is one of the absolute best that I’ve personally seen from the Olive Signature line, as it is quite apparent that there was a lot of attention to detail as they worked on remastering this film.  The special features are, for the most part, all encompassing and offers a nice, in depth look into the film and the work that went on behind the scenes.  If you’re considering this release for your collection, I would absolutely recommend it.  Bound will be available on Blu-ray beginning tomorrow.  And I wouldn’t hesitate because this release is going to be limited to 3,500 copies, and is surely going to go fast. 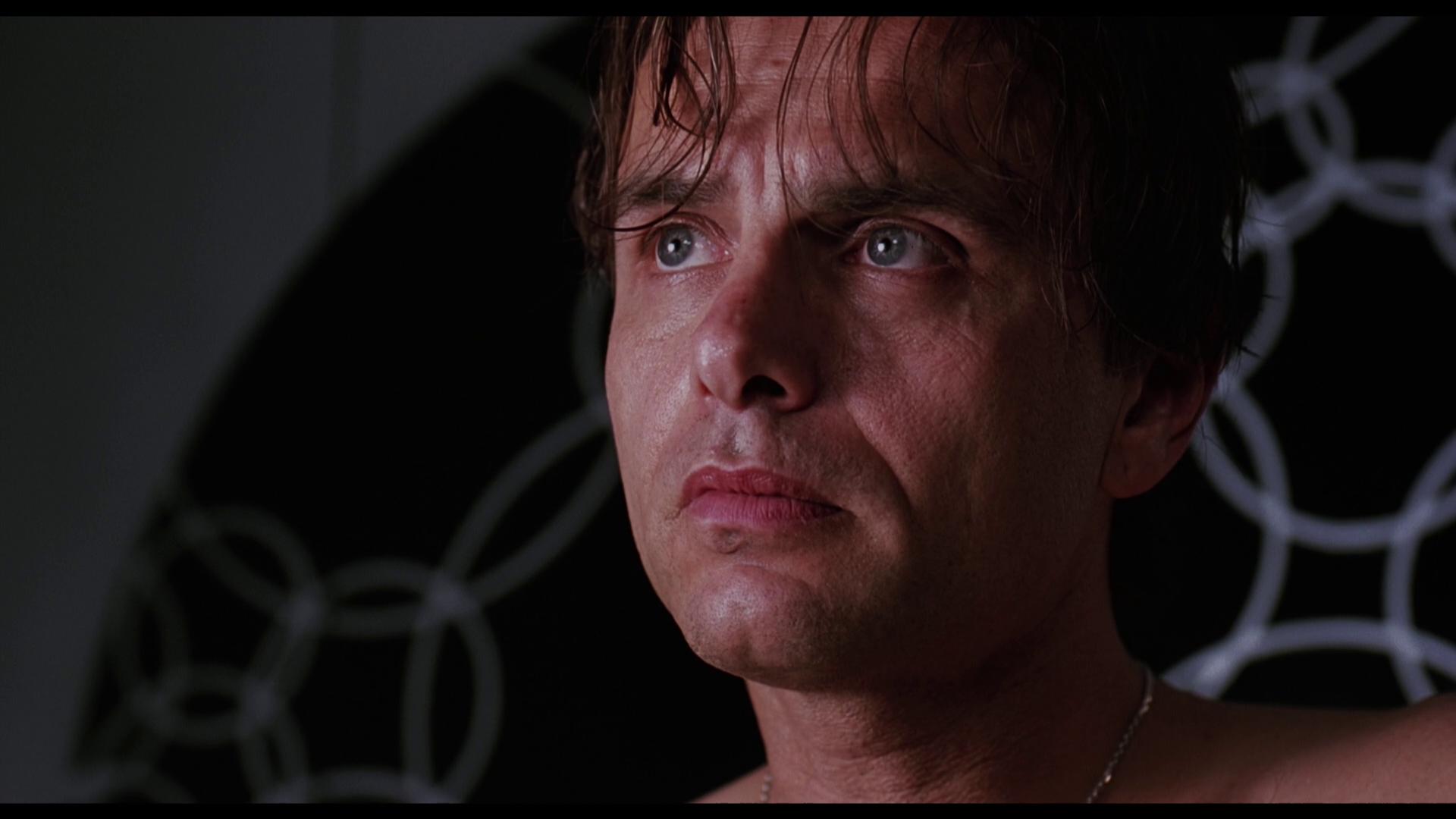