Bohemian Rhapsody is a 2018 biographical film about the British rock band Queen.  It follows singer Freddy Mercury’s life from his joining the band in 1970 to their Live Aid performance at Wembley Stadium in 1985.  A British-American venture, it is produced by 20th Century Fox, New Regency, GK Films, and Queen Films, with Fox serving as distributor.  Directed by Bryan Singer, it is written by Anthony McCarten, and produced by Graham King and Queen manager Jim Beach.  It stars Rami Malek as Mercury, with Lucy Boynton, Gwilym Lee, Ben Hardy, Joe Mazzello, Aidan Gillen, Tom Hollander, Allen Leech, and Mike Myers in supporting roles.  Queen members Bryan May and Roger Taylor served as creative and musical consultants.

Bohemian Rhapsody was announced in 2010, with Sacha Baron Cohen set to play Mercury.  After he left the project in 2013 following creative differences with producers, the project languished for several years before Malek was cast in November 2016.  Principal photography began in London in September 2017 with Singer as director.  In December 2017, Singer was fired for absence and clashing with the cast and crew, and Dexter Fletcher was hired to complete the film.  Singer retained sole director credit as per Directors Guild of America guidelines, while Fletcher received an executive producer credit.  Filming concluded in January 2018.

The film was released in the United Kingdom on October 24, 2018, and in the United States on November 2, 2018.  It received mixed reviews from critics; its portrayals of Mercury’s life and sexuality and of other band members were criticized, but Malek’s performance and the music sequences received heavy praise.  The film contains a number of historical inaccuracies.  It became a major box office success, grossing over $844 million worldwide on a production budget of approximately $50 million, becoming the seventh-highest-grossing film of 2018 worldwide and setting the all-time box office records for the biopic and drama genres. 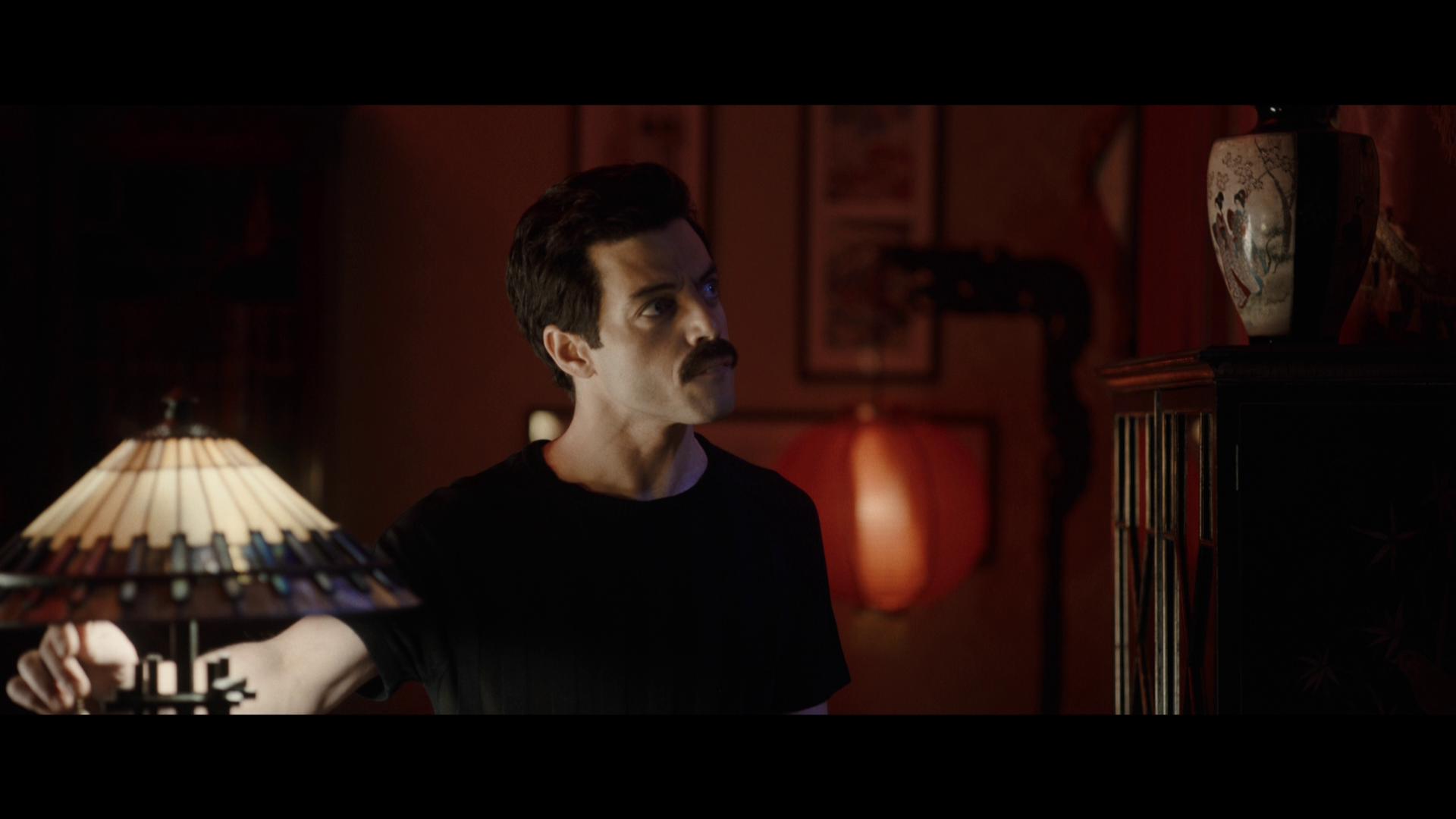 Bohemian Rhapsody is one of those movies that I’ve personally been looking forward to since the initial release of the promotional material. Being a fan of Queen’s music since I was a kid, I immediately began to be interested in this film simply from its premise, and then when Malek was brought on board as the lead, I knew I had to see it. Regardless of the reported inaccuracies in the storyline, my wife and I both found this storyline to be very endearing, and pretty well in-depth in terms of its coverage of the band, and the work and effort they had originally put into making themselves known. The performances from all of the cast members were excellent, absolutely hitting on all of the key points in the bands career, and ultimately allowing this release to be one of the best ones that I’ve had the pleasure of sitting down to in quite some time. 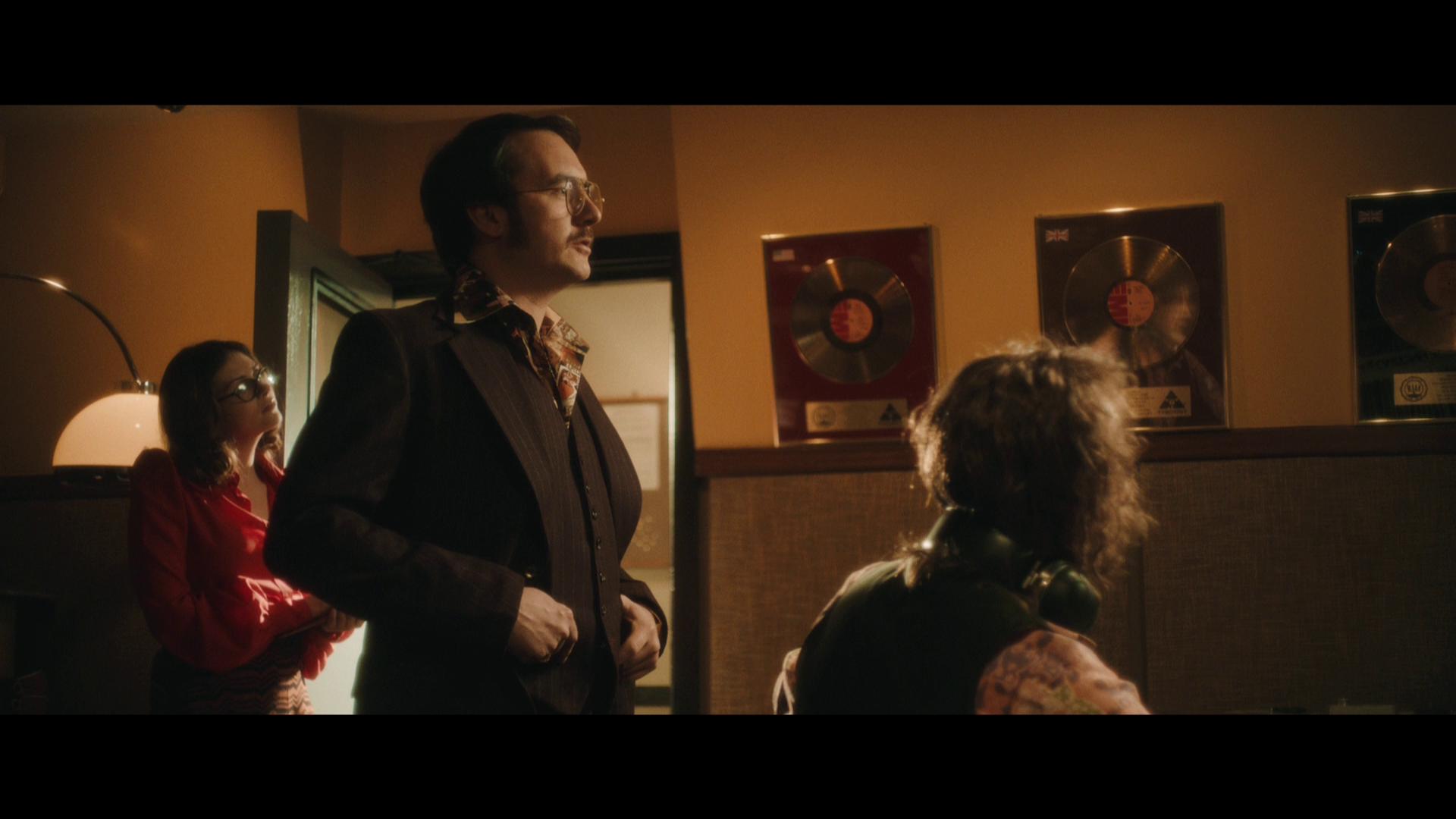 Brought to us in 1080p courtesy of 20th Century Fox, Bohemian Rhapsody is available with a 2.30:1 presentation. Overall, the majority of the movie was shot digitally on the Arri Alexa cameras, with some of the archival footage sprinkled in, footage that would have obviously been recorded on film. Overall, the presentation is considerably detailed, and offers a beautiful reproduction of the variety in palette that the band went through during their career. The finer details, being presented in more of an artistic manner didn’t really overpower the overall experience that was to be had, making sure that everything about this story could be seen and understood without any hesitation whatsoever. 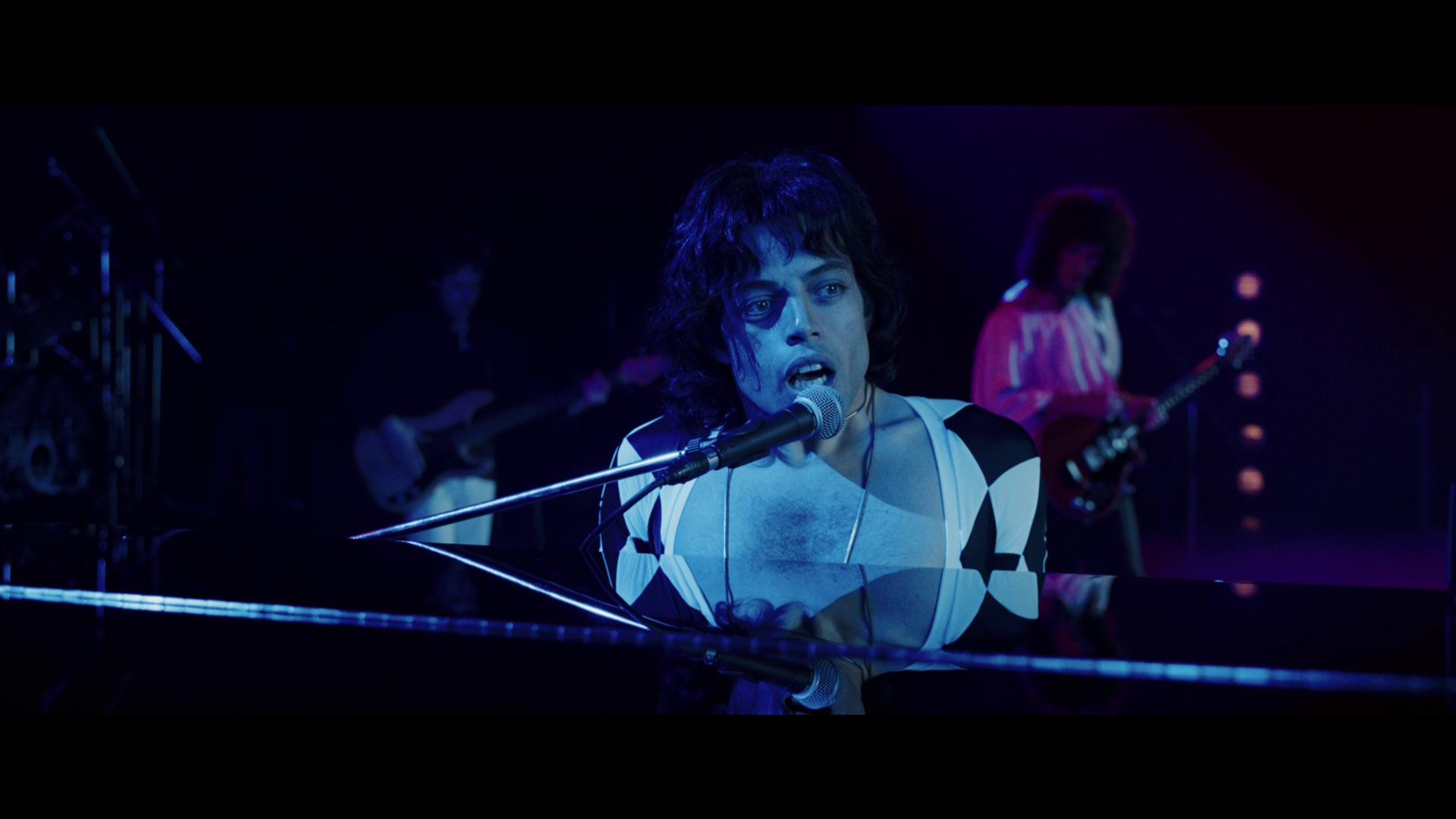 Packaged with a DTS-HD Master Audio 7.1 mix, the Blu-ray release of Bohemian Rhapsody absolutely packs one hell of a punch, and offers one of the absolute best immersive experiences that I’ve seen with the standard 7.1 mixture. With its excellent surround activity, one certainly can’t help but feel as if they’re right there in the middle of everything as you follow along with the band. Almost feeling a bit of empathy during their lower moments; but, when things take a turn for the better, you can almost guarantee that you’ll be peaking right up with the band as they find themselves living in the moment. Overall, the dialogue is presented in a clean manner, allowing for every character to be heard and understood without any need to adjust the volume levels. And of course, that final Live Aid performance is one that will let you showcase your home theater system as the recreation of that moment absolutely stood out from the remainder of the movie. 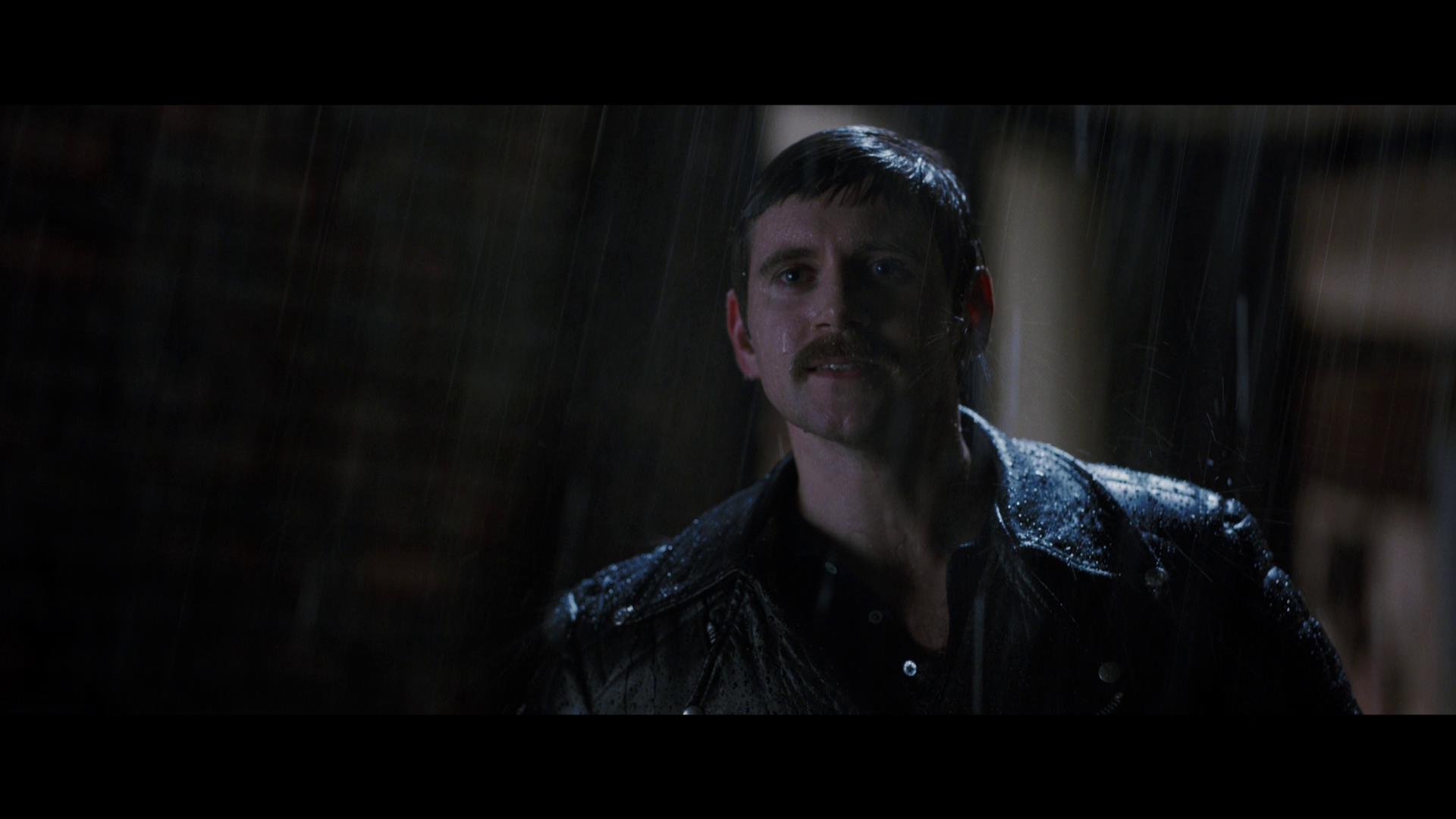 Bohemian Rhapsody comes packaged in your standard two-disc Blu-ray amaray case.  In that case, the standard Blu-ray copy and the standard DVD copy, both discs feature artwork that make them appear like they’re vinyl records, each in a different color.  There’s a digital copy redemption pamphlet that’s been included for the various streaming platforms and a slipcover that’s been made available during the original pressing of the release that features the same artwork that’s provided on the case. 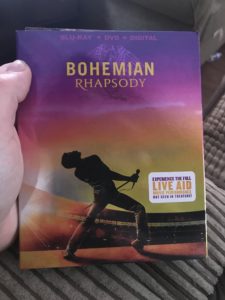 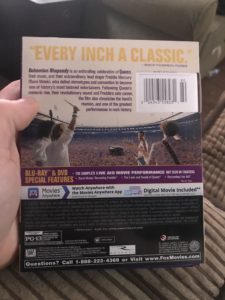 There are a handful of special features that come packaged with the Blu-ray release of Bohemian Rhapsody. The content included offers more of a look at the work that went into making the movie, and I can definitely appreciate the efforts that went into recreating a lot of these iconic moments in the bands history. Included with this release is: 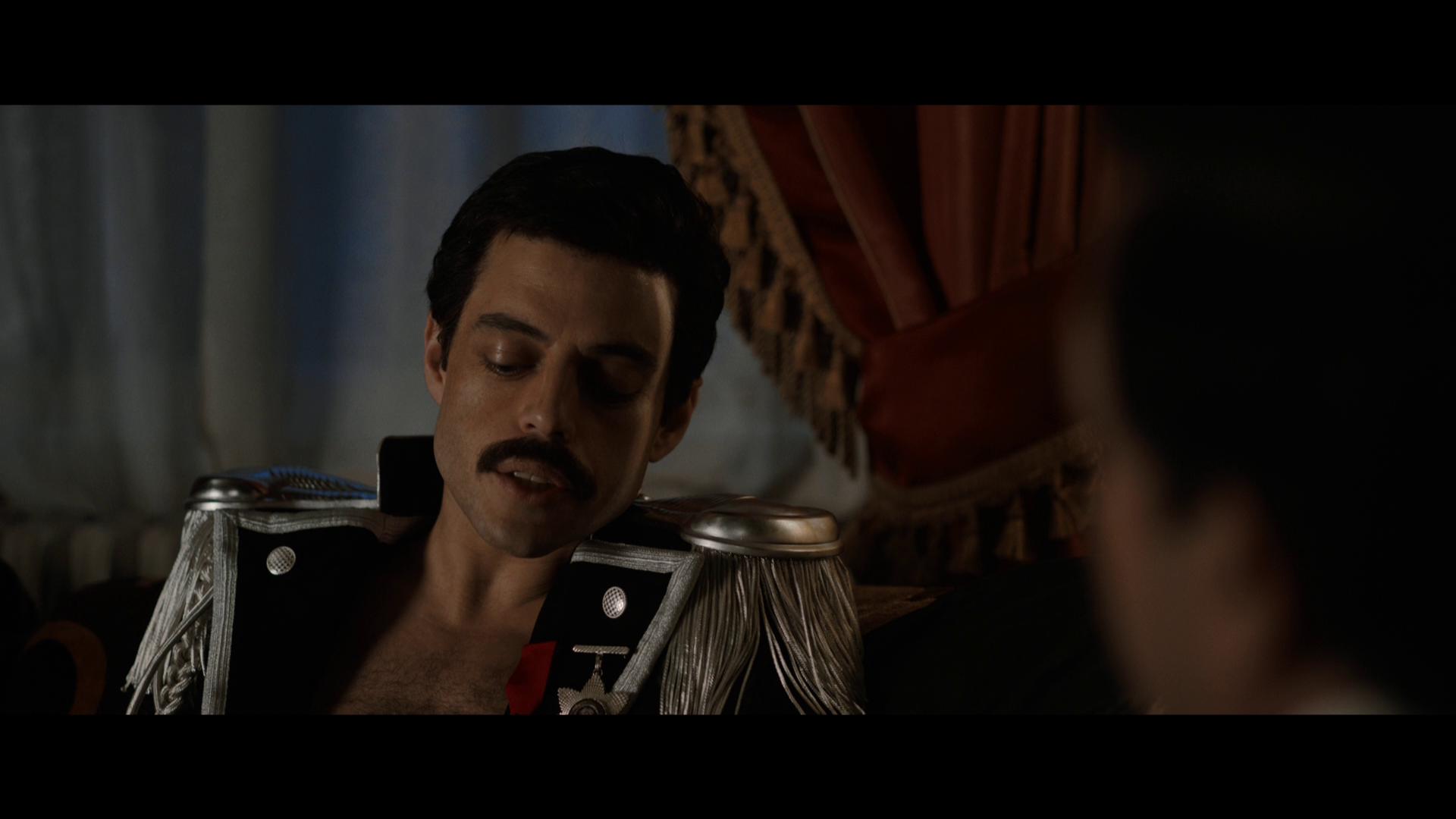 Overall, I was absolutely pleased with the story and the experience that Bohemian Rhapsody provided. Being one of my favorite groups personally, I was obviously looking forward to this release, and I can certainly attest to the fact that the cast and crew delivered on this release.  The visual and audio presentation of the Blu-ray release was absolutely spectacular and really offered one hell of an experience that has me wondering what the 4K UHD release will look like with its implementation of HDR. If you’re considering this release, I would absolutely recommend picking it up. And if you do, definitely crank that surround sound system up during the performances and enjoy the show. “Bohemian Rhapsody” is available on 4K UHD, Blu-ray and DVD. 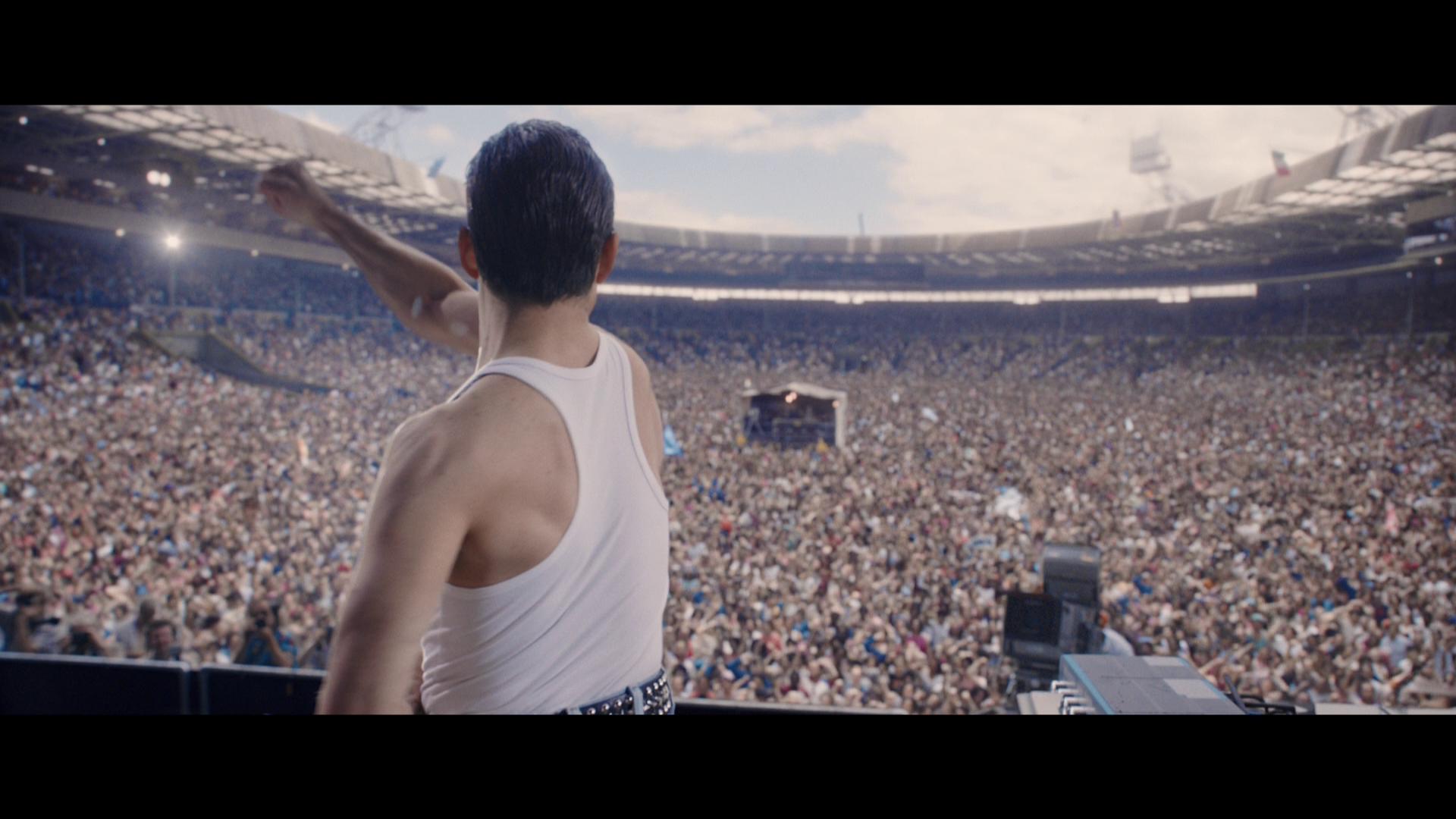