Invasion of the Body Snatchers is a 1956 American science fiction horror film that was produced by Walter Wagner, directed by Don Siegel, that stars Kevin McCarthy and Dana Wynter. The black-and-white film, shot in Superscope, was partially done in a film noir style. Daniel Mainwaring adapted the screenplay from Jack Finney’s 1954 science fiction novel, The Body Snatchers. The film was released by Allied Artists Pictures as a double feature with the British science fiction film The Atomic Man.

The film’s storyline concerns an extraterrestrial invasion that begins in the fictional California town of Santa Mira. Alien plant spores have fallen from space and grown into large seed pods, each one capable of reproducing a duplicate replacement copy of each human. As each pod reaches full development, it assimilates the physical characteristics, memories, and personalities of each sleeping person placed near it; these duplicates, however, are devoid of all human emotion. Little by little, a local doctor uncovers this “quiet” invasion and attempts to stop it.

The slang expression “pod people” that arose in the late 20th Century American culture references the emotionless duplicates that are seen in the film.

Invasion of the Body Snatchers was selected in 1994 for preservation in the United States National Film Registry by the Library of Congress for being “culturally, historically, or aesthetically significant.” 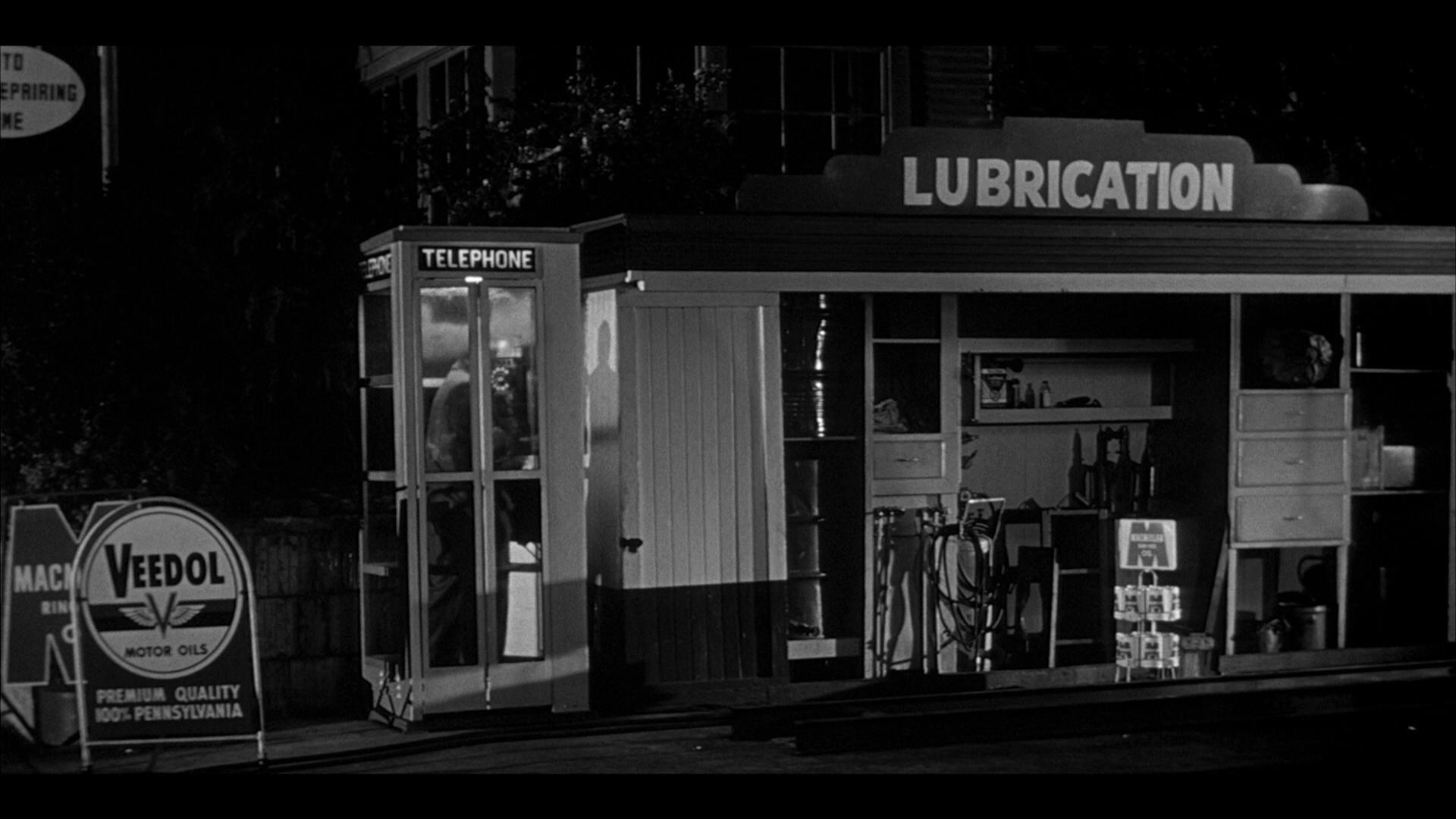 The original Invasion of the Body Snatchers is a film that’s not only resulted in a handful of remakes, but it is one that has set the foundation to a significant number of science fiction thrillers to date! Being that it’s one of the best political stories of the late 1950s, this movie gives its audiences a considerably chilling blend of science fiction with horror. Slightly difficult to follow, mostly due to the awkwardness to its scientific part, the overall experience gives its viewers a tense and exciting experience that should be seen by all film enthusiasts.

Surprisingly enough, the Olive Films release for Invasion of the Body Snatchers was derived from a remaster of the old master that was created when the first release of the movie came out in 2012. With this, there are some obviously inherited limitations that make it harder to upgrade the quality; but with that taken into consideration, the overall visual presentation was solidly done. The blacks of the film were far more distinguished, the grain feels natural, and overall the release looks extremely pleasing to the eye. 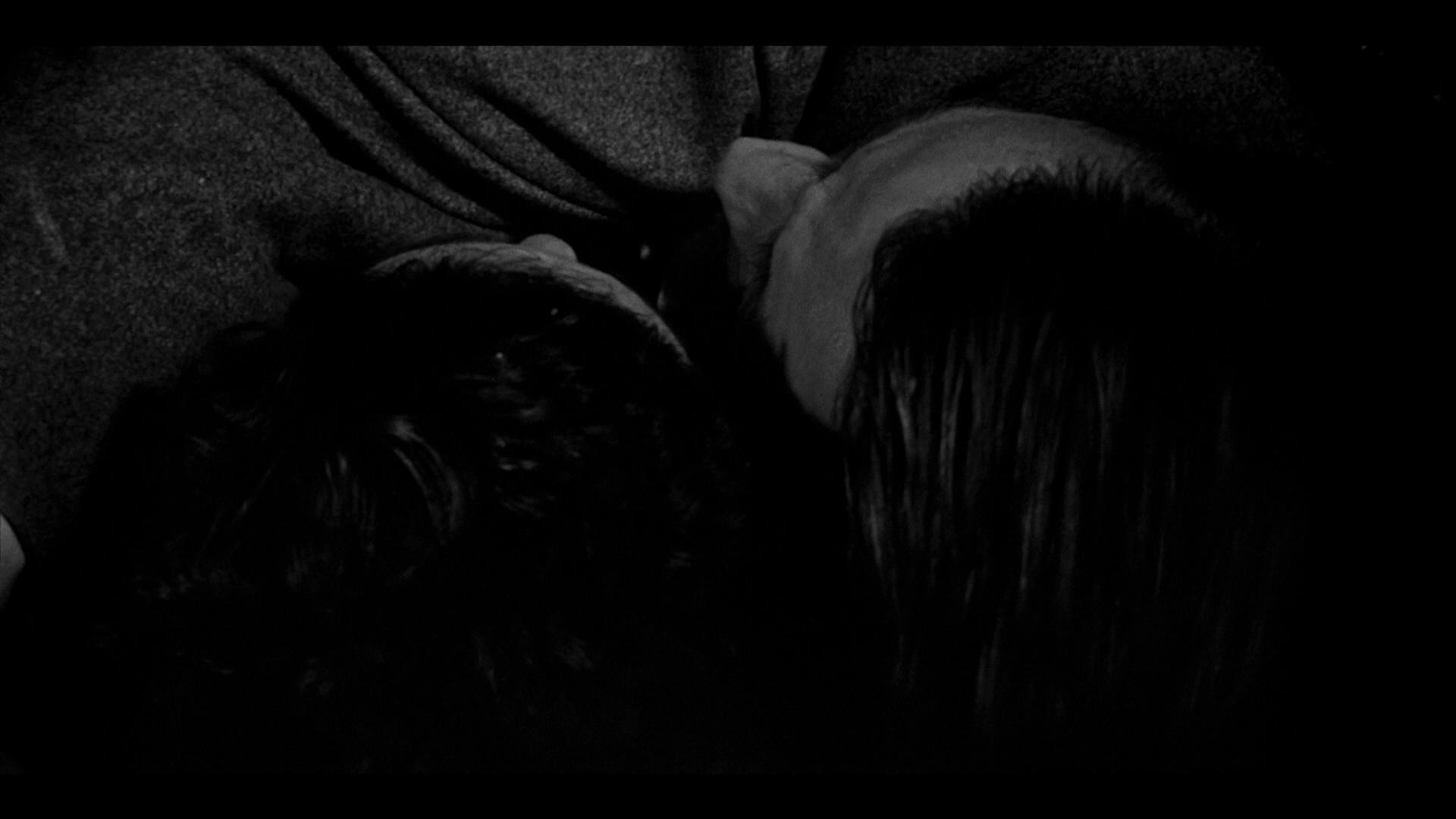 The Blu-ray release of the 1956 version of Invasion of the Body Snatchers comes bundled with a single DTS-HD master audio 2.0 mix. The overall experience it provides is cleanly done, provides excellent depth, and a very stable presentation that goes very well with the movie. The dialogue is presented very cleanly, allowing for everyone to be heard and understood without any sort of additional adjustment to the volume levels. 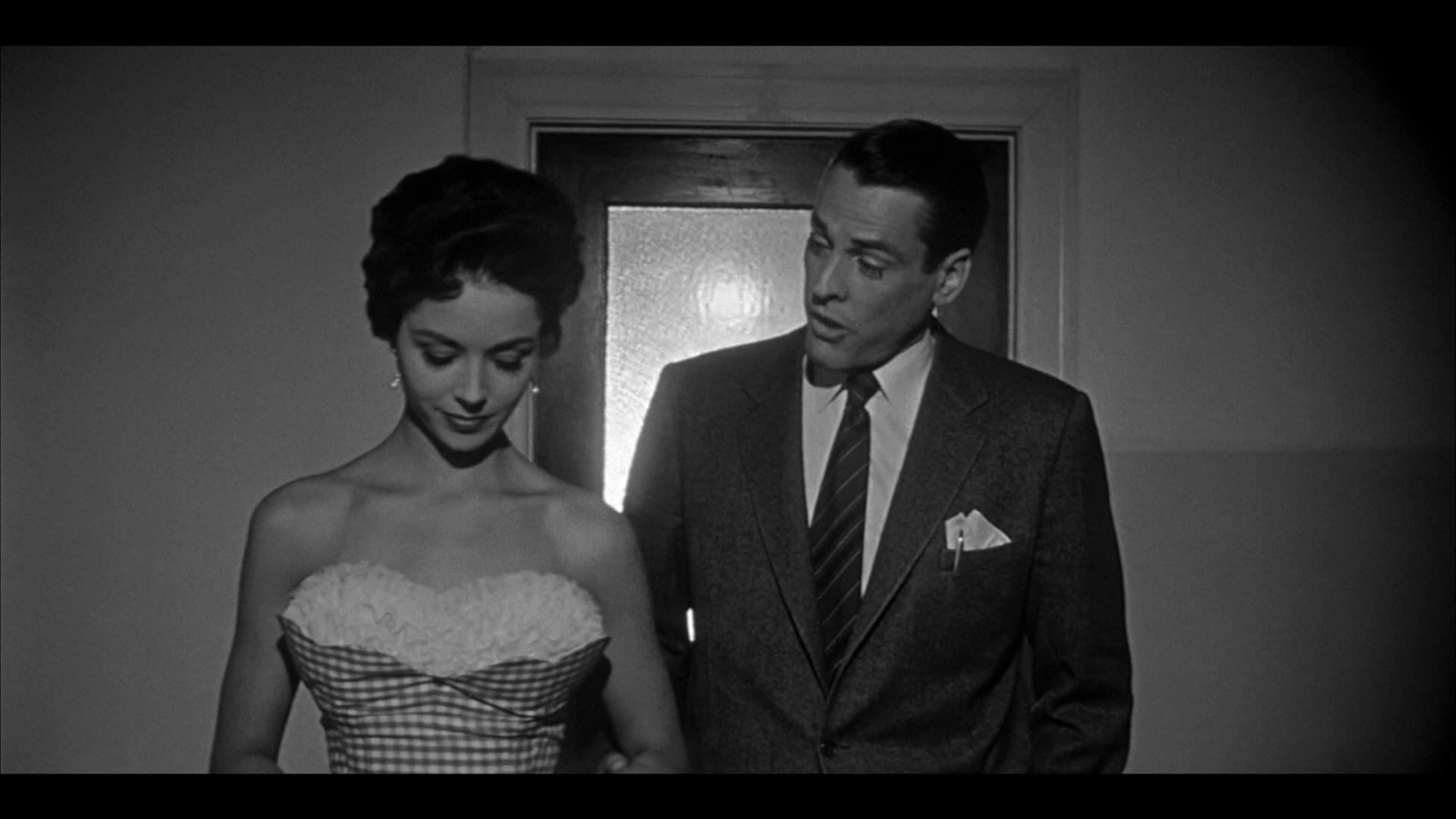 The Olive Signature release of Invasion of the Body Snatchers comes packaged in your standard clear, single-disc Blu-ray amaray case. Within the case is the Blu-ray copy of the movie, the disc featuring artwork that’s related to the movie and completely different from any of the other pieces of artwork that’s included within the release. While there are no DVD copies or digital copy redemption pamphlets included, there is a copy of the essay that was written by author and film programmer Kier-Lo Janisse. There is also a thicker cardboard, side sliding slipcover that’s been included that offers some additional protection to the case and features the same artwork that’s been included on the case. 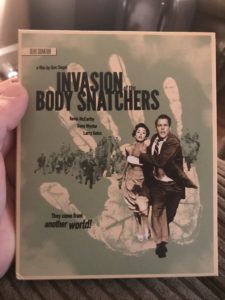 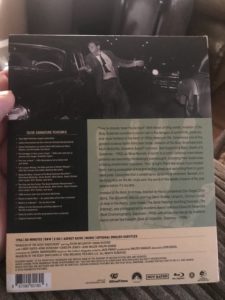 Holy cow, does this release of Invasion of the Body Snatchers comes packed to the gills with special features. Not only content that explores the film further from the production crew, and film historians; but really takes a look at the production work that went into making this movie. Included with this release is: 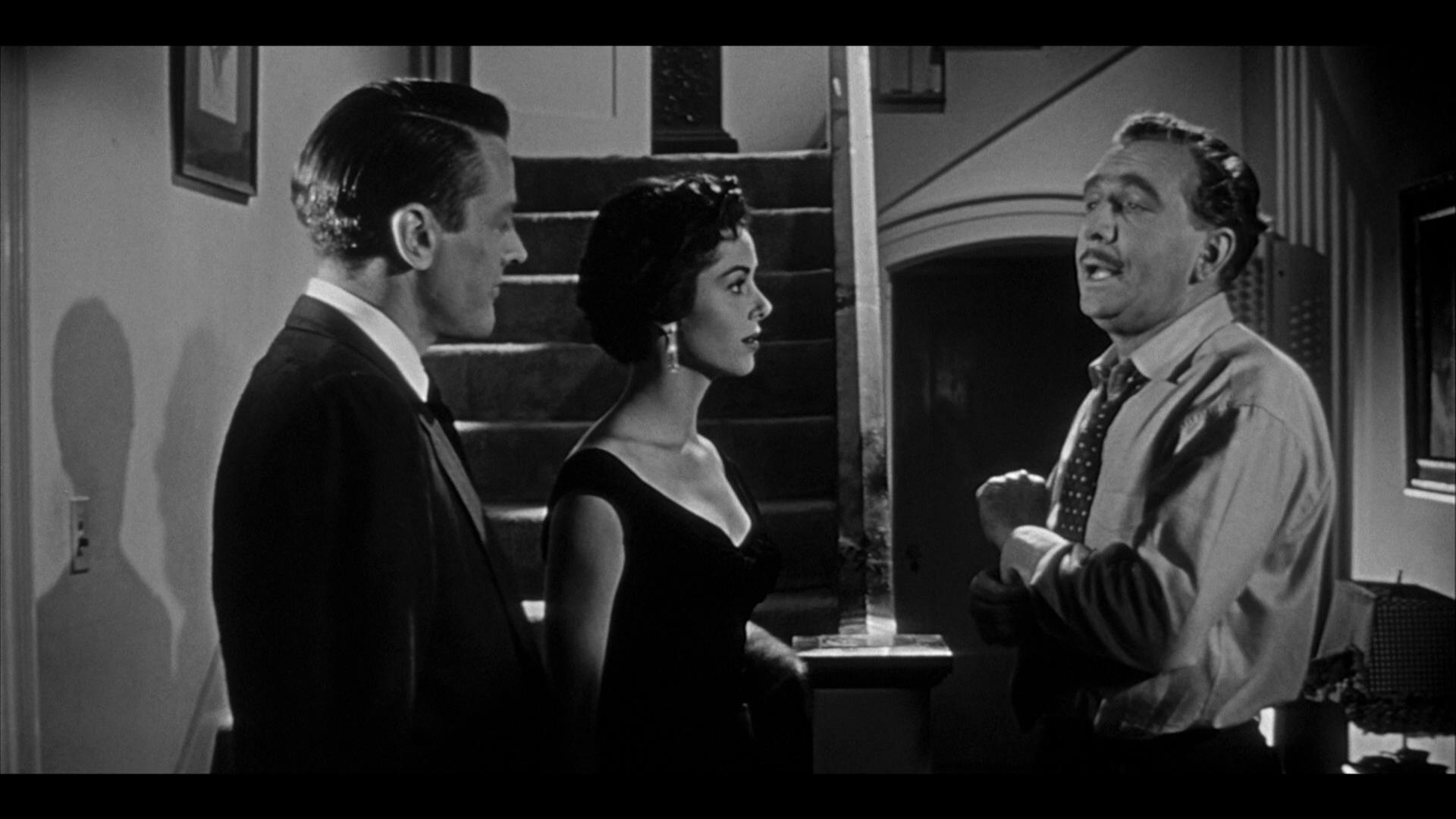 Overall, I was very pleased with this release of Invasion of the Body Snatchers. Olive Films seems to have gotten a nice grip with these signature releases with the fact that they’re really putting in some quality work with the visual and audible presentations, and the fact that they’re including some absolutely phenomenal special features. If you’re considering this release for your collection, I would absolutely recommend it. Invasion of the Body Snatchers will be available on Blu-ray from Olive Films today. 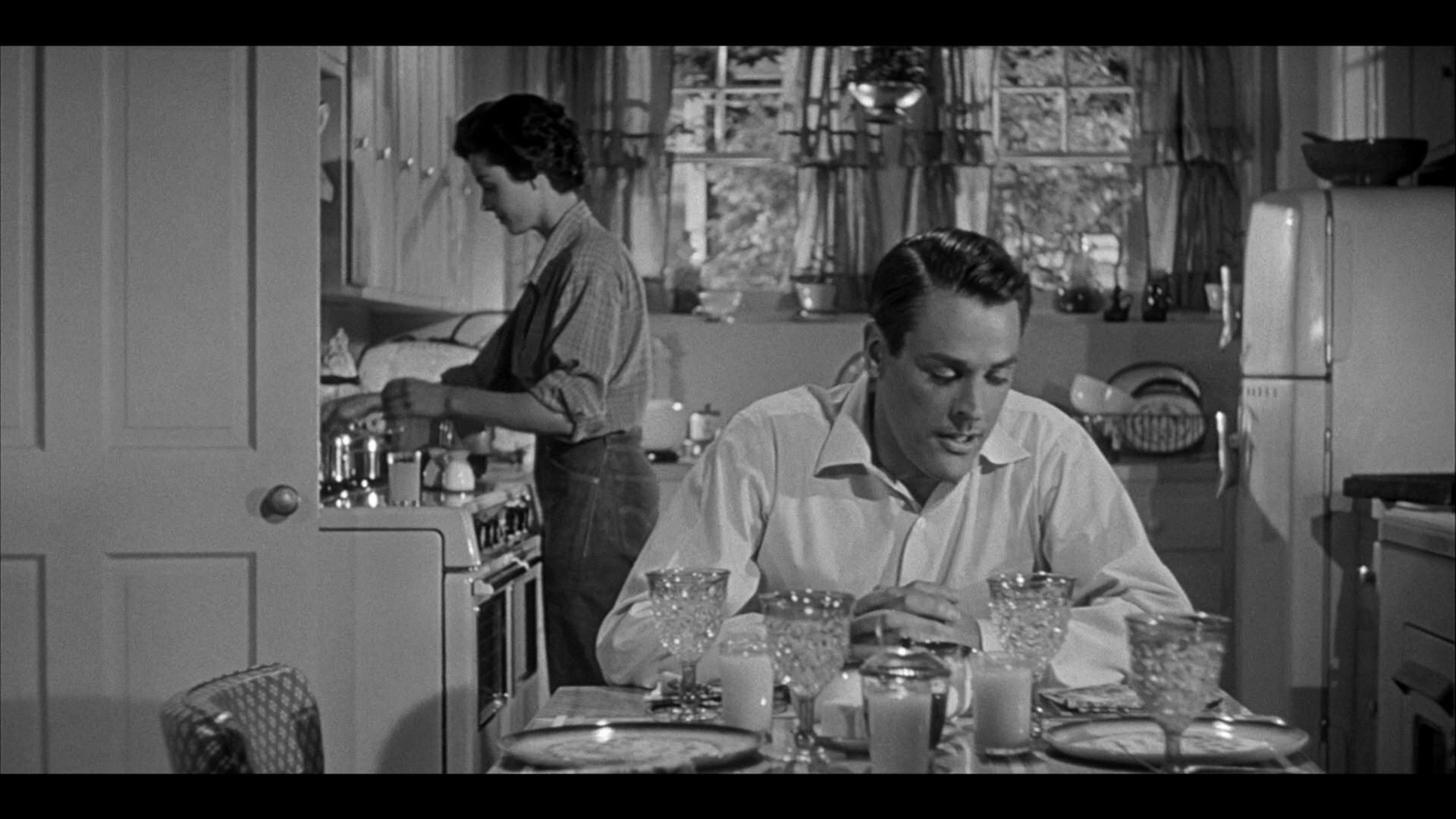