Blood Father is a 2016 English-Language French action thriller film that was directed by Jean-Francois Richet, and was written by Peter Craig.  Based off of Craig’s novel that operates under the same name, this film features Mel Gibson, Erin Moriarty, Diego Luna, Michael Parks and William H. Macy.  Making its premier at the 2016 Cannes Film Festival in May 2016, and ultimately released theatrically on August 12, 2016 by Lionsgate Premiere; Blood Father has received a surprising amount of positive feedback.

This film tells us the story of an ex-convict who is reunited with his estranged teenage daughter who had recently ran away from home and gotten herself way in over her head with some of the decisions that she’s made.  After realizing that his daughter had gotten herself involved with drugs, we quickly learn that there’s a cartel who’s after her, trying to end her life for some wrong that she’s committed against them. This forces Gibson’s character to take matters into his own hands in effort to try and protect the only family member he has left.  Will they be able to get the drug ring off of her back? 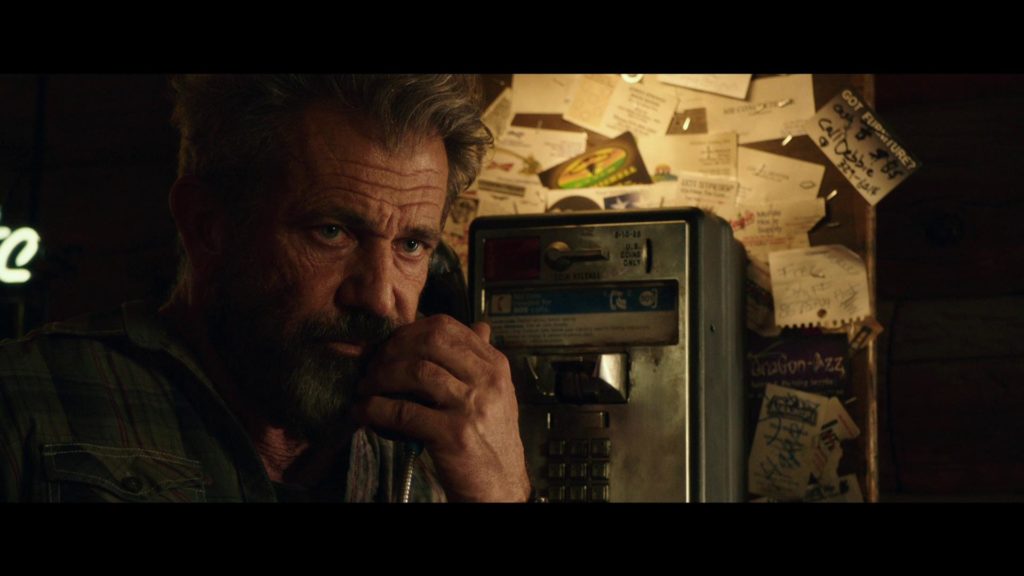 Holy shit, was Blood Father a wild ride.  It comes fully packaged with action that will definitely keep you on the edge of your seat.  Admittedly, I went into this film completely blind as I hadn’t seen any promotional material for it.  In fact, my only knowledge of this films existence prior to it showing up on my door step was the preparation work I did for the month of October’s new release posts for this site.  Outside of that, I knew nothing.  It was great to see Mel Gibson back at it again, seeing that he still has his humorous wit and quirky behavior; the man definitely still has it.  Sure he went through a period there when we all considered him to be insane, but I will say that after watching Blood Father, I am excited to see that Gibson is back in action. 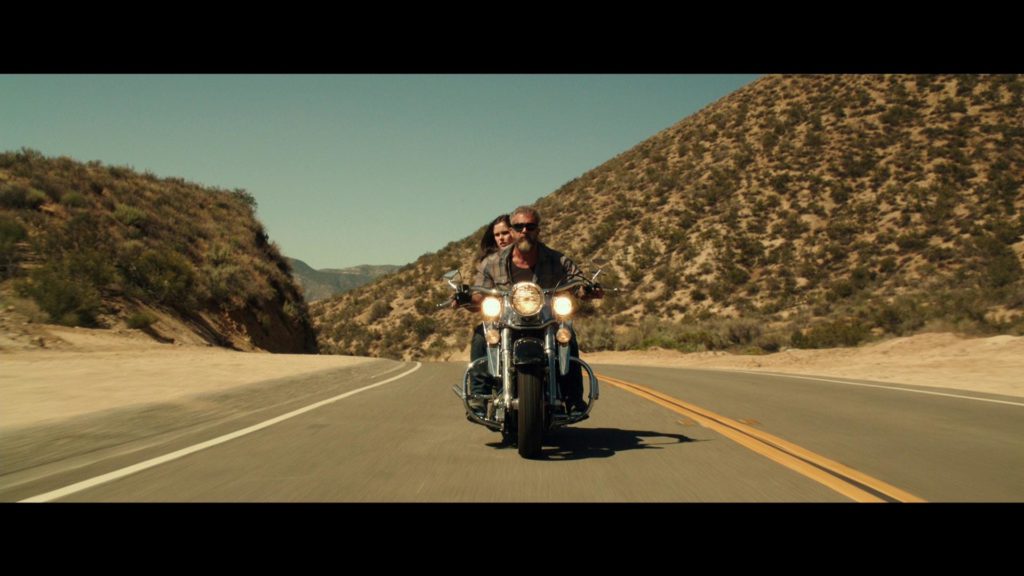 Coming at us in 1080p, Blood Father looked phenomenal on my home television.  Maintaining crisp, clear colorization, keeping true to the western desert style scenery, it allows the audience to feel right there in the middle of the old sandy path.  Another great aspect about this film’s picture is the fact that it does an absolutely fantastic job at maintaining lighting all throughout.  There are various nighttime scenes that take place, where it’s often difficult to see and understand things as they go on; however, this release isn’t one of those.  I was able to make out everything and understand without having to put my glasses on or adjust the lighting in my room while we watched this film. 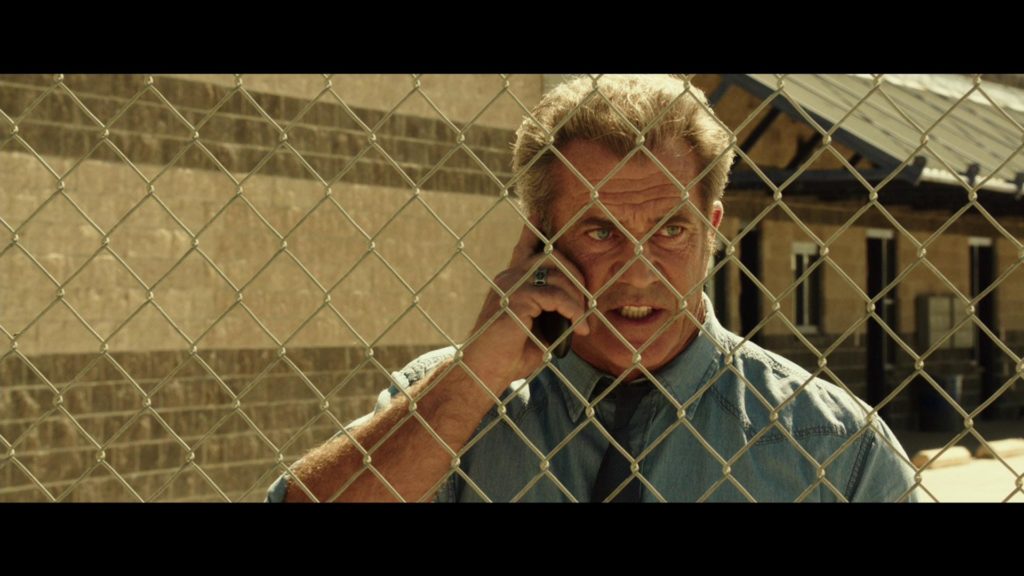 Blood Father comes at us featuring a DTS-HD Master Audio 5.1 track, which does its best at trying to allow for an immersive experience for the audience. However, there are some aspects of it that draw away from permitting such an experience.  Overall, the audio quality wasn’t horrible, but there was some definite distortion that came through the speakers during the high-action sequences.  Putting a lot of focus on the two front channels, and not having much of a surround sound during those scenes, the gunshots that echoed through the speakers sounded really bad.

Considering they made use of the DTS technology, I would’ve loved to have seen at least a 7.1 mix with this film.  Having the sound coming from more angles, and having an overall stronger mix would have made for a much more enjoyable experience with this film. 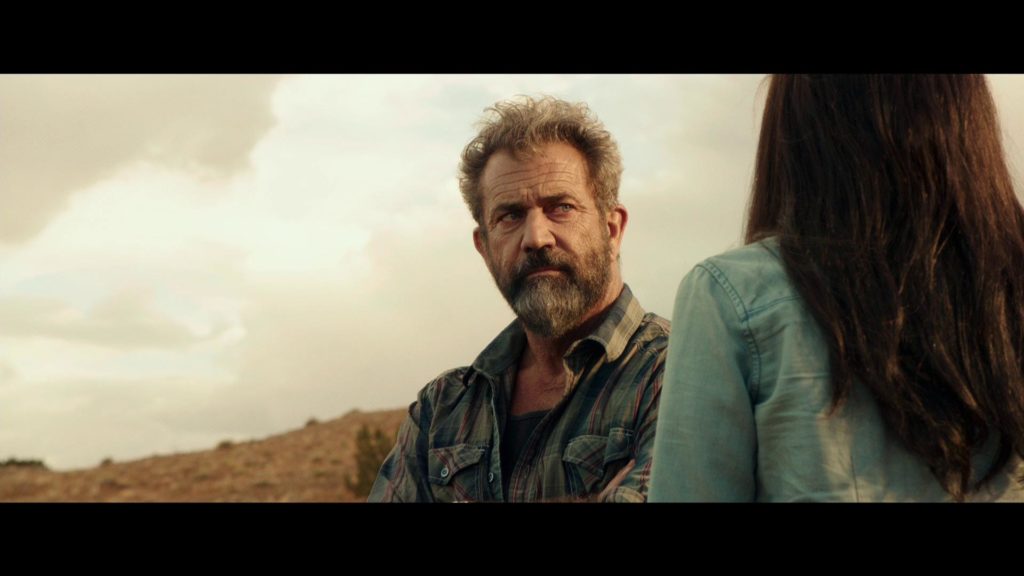 Blood Father comes packaged in your typical amaray eco-style Blu-ray casing.  It seems that manufacturers are going with the eco-style case as a means to cutting costs.  While something like this is annoying for those of us who prefer quality casing to protect the films we collect, I can’t complain too terribly much because it still comes packaged in a standard sized Blu-ray case.  I’m personally an advocate towards the lifespan of your discs are more reliant on how you handle the discs and as long as you handle them with common sense, your discs will last you a good while.

Included within this release is your standard Blu-ray disc, as well as a digital redemption pamphlet allowing you to add this film to your personal digital library.  There is no included DVD copy of the film, so you are indeed stuck with having a single disc.  Also included with the initial pressing of this film is a slipcover that has artwork that matches that of the Blu-ray case.

Blood Father is pretty barebones in terms of additional content.  Included with this release is a small featurette titled Lost Souls: On The Road With Blood Father.  Since there is minimal bonus content, I’d be willing to bet that the executives didn’t want to dump a whole lot of money into this release as they were testing the waters with bringing Gibson back into film. 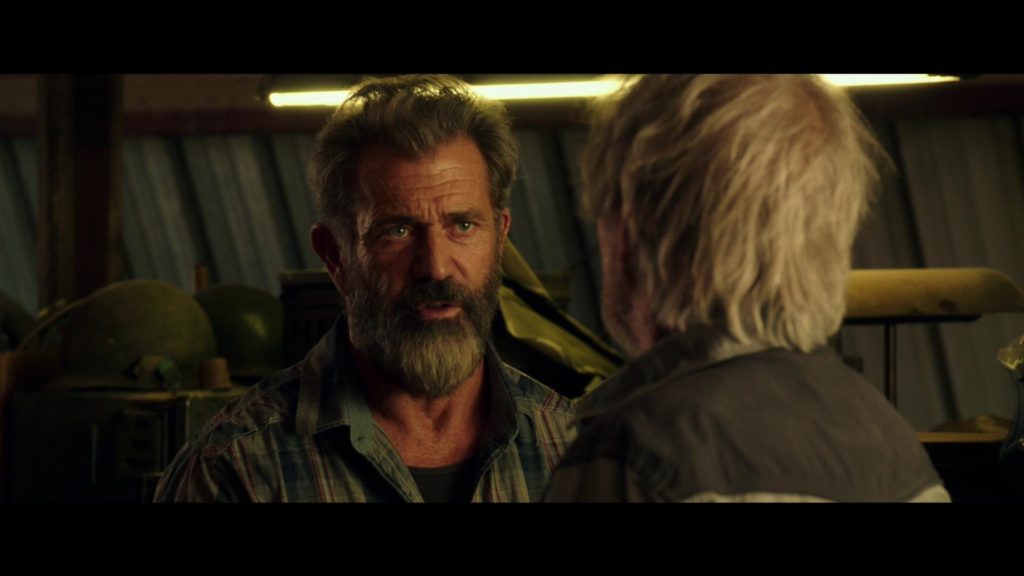 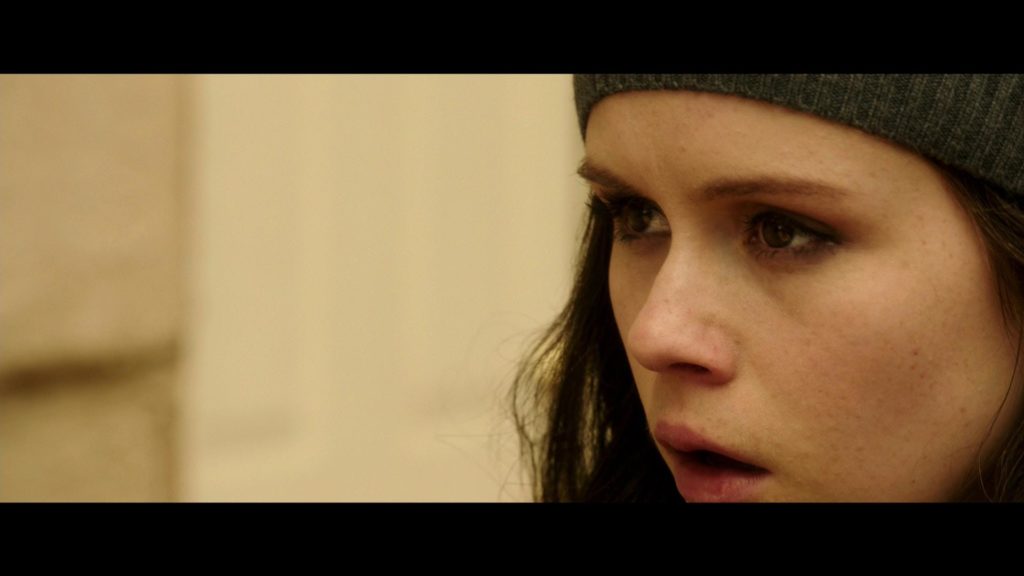 Boy was it great to have had the opportunity to review Blood Father.  With absolutely no preconceptions going into this movie, I found myself on the edge of my seat as the story had progressed.  The fact that Mel Gibson is back into film is great, regardless of the insane anti-semitic ramblings that he had made in the past or the fact that he’s often referred to as a black mark on Hollywood.  Seeing this man in film again has gotten me excited to see what the future holds for him in film, and according to early reviews, his next directorial effort, Hacksaw Ridge, is going to be a classic. Gibson is back, and Hollywood forgives again.

The overall presentation this film has to offer is what I would consider to be above average.  Giving us a really great image quality, we’re able to visually understand everything.  However having what was a sub-par audible experience with the included audio track, I felt that there could’ve been more work done on that front.  I’m not completely sure of what the budget was for this film’s release – hell I’m not even sure if the audio issues I experienced were limited to the copy that I received or not – but this film is definitely one that’s worth checking out.  Hitting shelves here on October 11, I would definitely recommend grabbing this film for your home collection! 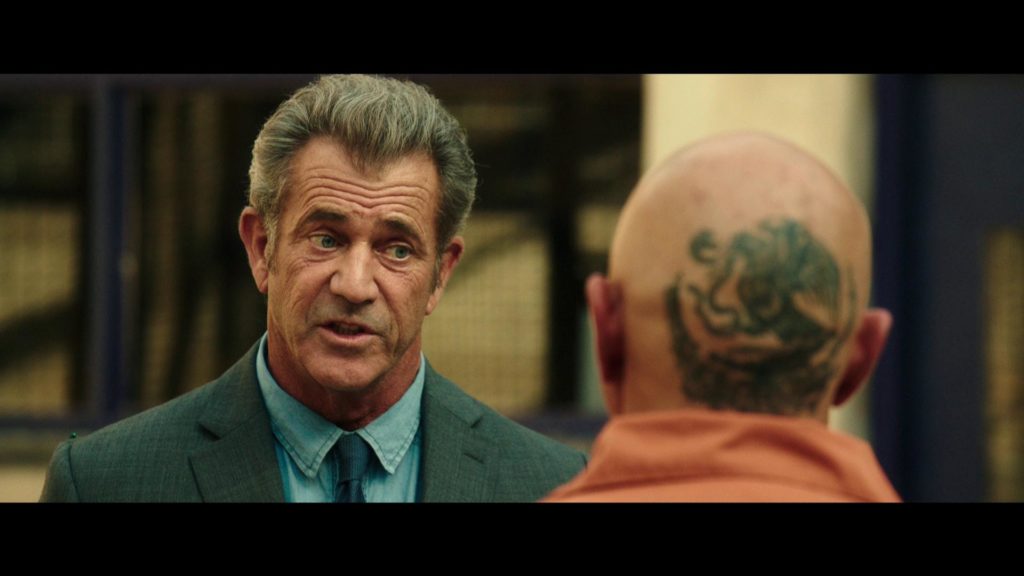