Lionsgate Home Entertainment has released their first two Blu-ray releases from their new Vestron Video Collector’s Series with Chopping Mall and Blood Diner, which will be the focus of this review.

Blood Diner threw me for a bit of a loop. I had never seen this movie before heading into the review, and I was expecting some cheesy horror movie about a couple of cannibalistic diner owners. Boy was I wrong. Right from the start, Blood Diner establishes its tone, and it never relents. It is violent, sexual, extremely cheesy, disturbing, and at times, funny. Blood Diner is actually even more ridiculous than I could have imagined, and actually a bit more violent than I thought. 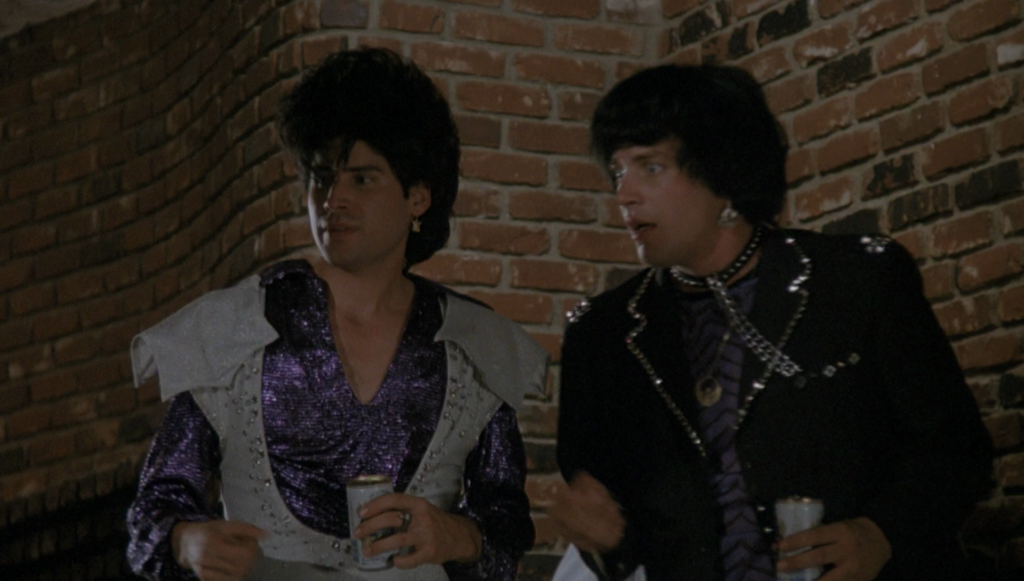 The story follows two brothers who, at a young age, saw their crazed and murderous uncle killed by the police in front of their home after he went on a violent killing spree. The brothers pledge to never forget their uncle, and 20 years into the future, we are reintroduced to the brothers while they dig up their uncle’s grave and remove his brain. Before you say, “Well that’s not possible!”, I didn’t think it was either, so I Googled it, and apparently a brain can remain solid without decomposition for decades after a body is buried inside a coffin. Props to the filmmakers and the fact-checking team on Blood Diner for that one.

The rest of the film follows the two brothers and their talking, brain of an uncle, as they try to collect various severed body parts to summon the Goddess Sheetar. There are plenty of great kills, dismemberment, and just bloody, bloody fun. Blood Diner is unrated, but probably would have pushed the limits of the MPAA’s “R” rating with its content. I really enjoyed my time with Blood Diner, and even though it went in a different direction that I thought, I can see why it has achieved such a cult status over the years, as it is a lot of fun.

Lionsgate fully restored Blood Diner from its original source materials, in a fully uncut HD remaster for this Collector’s Series release. I imagine that the source materials were very rough, but this Blu-ray transfer is actually pretty nice, especially considering the way Blood Diner has looked on previous home media releases. The image is grainy, but not distracting, and although the colors are muted, the HD presentation is pretty smooth. 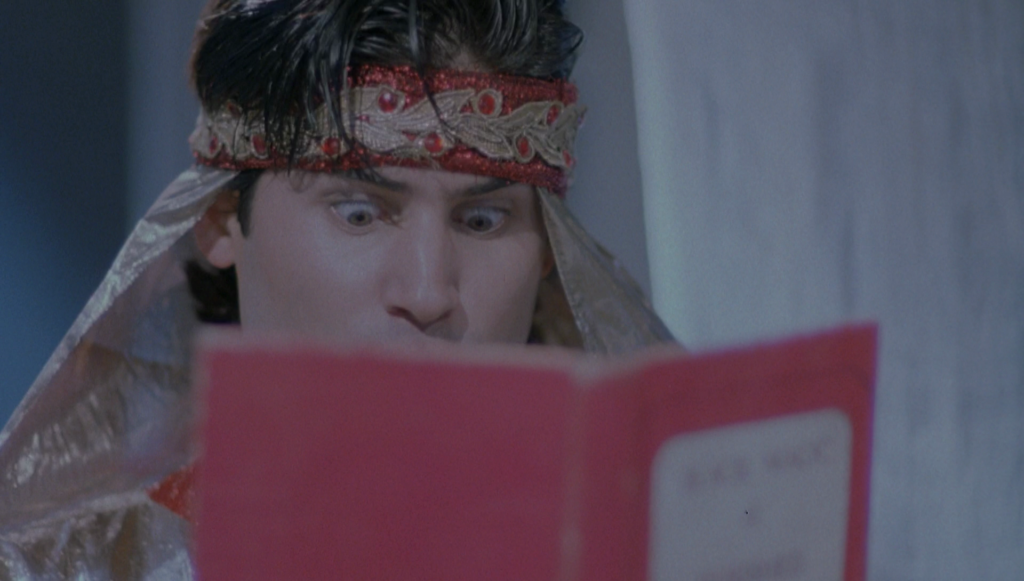 There were a limited amount of artifacts in the transfer, with very few bubbles, scratches, or tears in the source. Honestly, I expected this to look a lot worse, but Blood Diner actually looks about as good as any other horror movie from its era. Props to Lionsgate for the work they put into this HD restoration; you will not find a nicer looking version of Blood Diner anywhere, so this is a must-have for fans of cult horror movies.

Blood Diner features a simple DTS-HD Master Audio Mono Track, but compared to various other Mono Tracks I have experienced, this one was lacking. The volume was extremely inconsistent, and at times, it seemed as if the person speaking was actually recorded over in post-production. This very well may be the case (judging by the production value of the rest of the film, it wouldn’t surprise me) but it is distracting and adds to the volume inconsistencies. 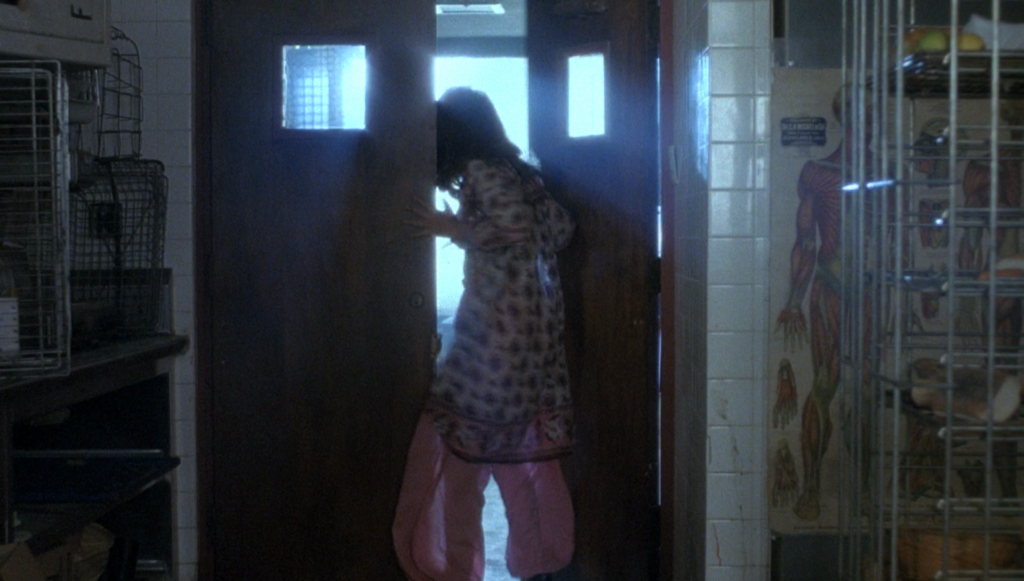 My Prime Center speaker from SVS performed as well as it could, but the audio track simply was not good enough for a single speaker. I may recommend playing with your receiver to get the Mono track to play simultaneously over the left and right speakers, as that may help with the quiet volume and inconsistencies. As nice as the picture was, the audio simply did not get the same level of attention, and it struggled. Source materials were probably rough, so I do not blame Lionsgate for the issues, but it is a fact that the audio here is not very good.

The Vestron Video Collector’s Series comes in decent packaging, although in comparison to its closest competitor, the Scream Factory Collector’s Edition, it falls behind. Blood Diner has a nice slipcover, with the classic Vestron Video logo on the top, and a spine number, which is nice for completionists. However, the slipcover is glossy and a bit lightweight, which was disappointing. In fact, my copy came dinged up. The Blu-ray case is a single disc eco-case, with no reversible artwork and featuring the same art as the slipcover, so it is not quite as nice as most of the Scream Factory releases. For the high price tag on these Vestron Collector’s Series titles, I expected more. 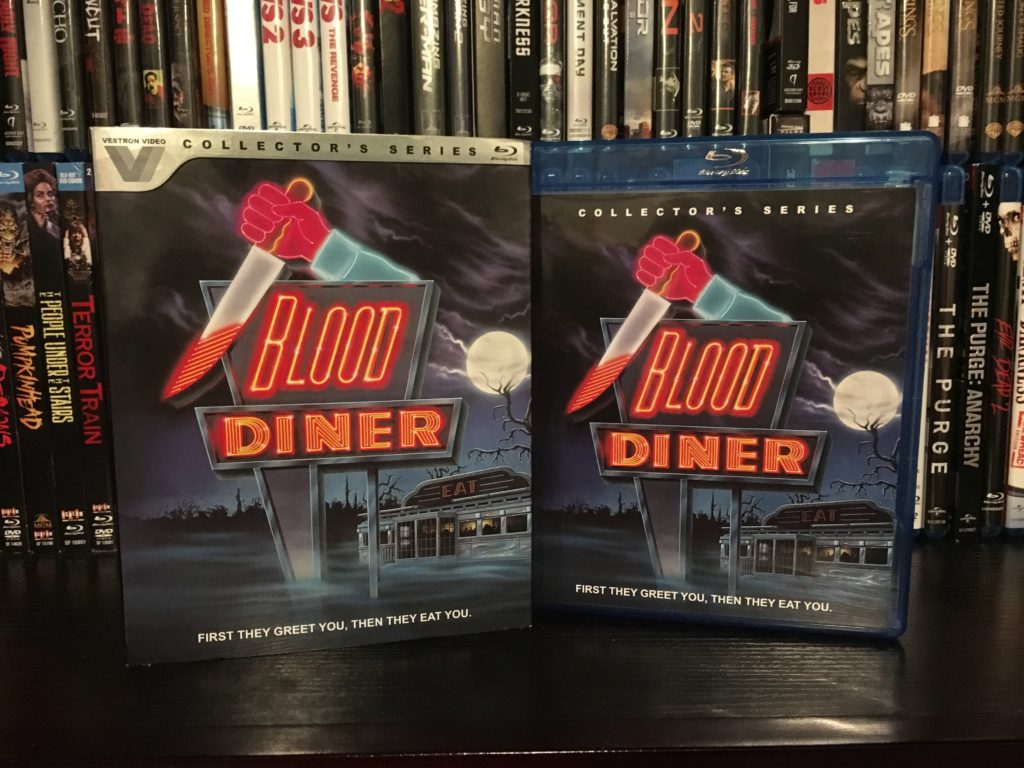 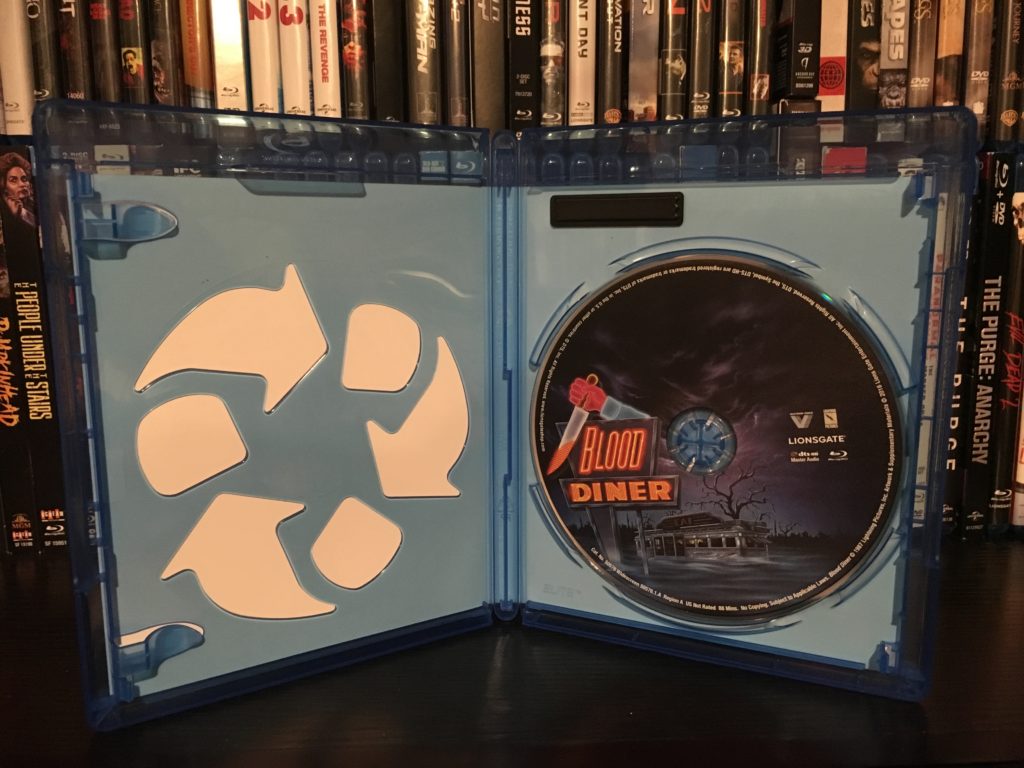 The special features are great, right on par with a premium “Collector’s Series” release like this one. This bodes well for future Vestron Video releases from Lionsgate, and it will surely make horror fans very happy to have another competitor to Scream Factory, and another distributor bringing little-known horror movies to Blu-ray. The special features are as follows. 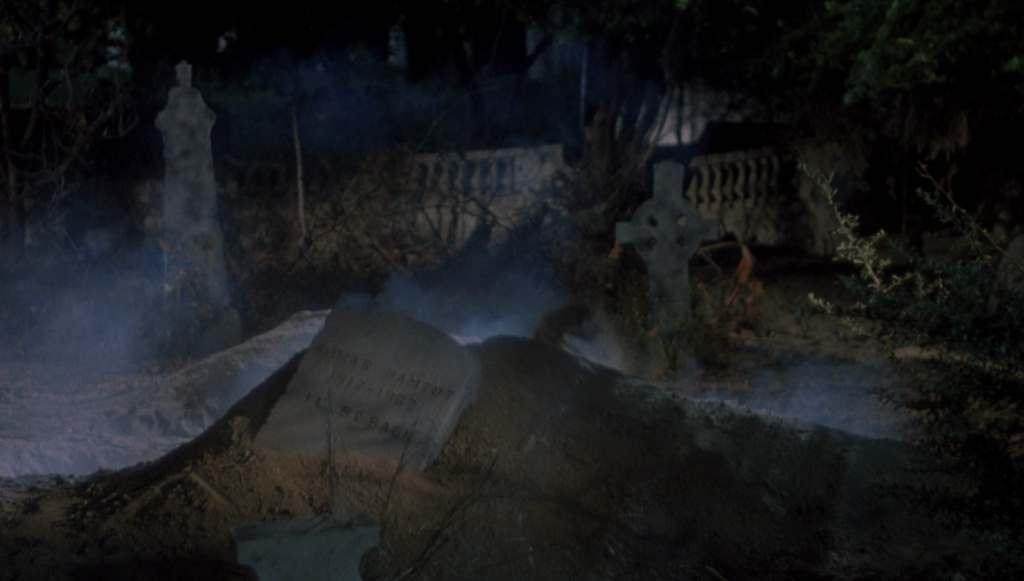 My first impressions of this new Vestron Video Collector’s Series were positive ones, and I really enjoyed Blood Diner. The packaging could use some work, especially if Lionsgate wants to continue chargings upwards of $25 for these releases, but the visual elements were very well-done in an impressive HD restoration. The audio struggled, although I place the blame for that on the source materials, and the special features were excellent. Horror fans need to check these releases out, and Blood Diner is an excellent place to start. I recommend a purchase, for the right collector. Blood Diner isn’t for anyone, but if you think you might have an interest and know your tastes, this is a great release. You can grab Blood Diner from Amazon or various other retailers, including my favorite, Bull Moose, which also happens to have the best price around. Check them out!