BlacKkKlansman is a 2018 American biographical comedy-drama film that was directed by Spike Lee and written by Charlie Wachtel, David Rabinowitz, Kevin Willmott, and Lee, based on the 2014 memoir titled Black Klansman written by Ron Stallworth. The films tars John David Washington as Stallworth, along with Adam Driver, Laura Harrier, and Topher Grace. Set in the 1970s in Colorado Springs, the plot follows the first African-American detective in the Colorado Springs police department, who sets out to infiltrate and expose the local chapter of the Ku Klux Klan.

The film is produced by Lee, Raymond Mansfield, Shaun Redick, Sean McKittrick, Jason Blum, and Jordan Peele. Redick purchased the film rights to the book in 2015, and Lee signed on as director in September 2017. Much of the cast joined the following month, and filming began in New York State.

BlacKkKlansman premiered on May 14, 2018 at the Cannes Film Festival, where it competed for the Palme d’Or and won the Grand Prix. It was theatrically released in the United States on August 10, 2018, coinciding with the one-year anniversary of the white supremacist Unite the Right rally. The film received acclaim from critics, with many praising the performances (particularly of Washington and Driver) and timely themes, as well as noting it as a return to form for Lee.

Taking place during the 1970s, when racial tension was rampant throughout the United States, Spike Lee’s latest project brings us an extremely vivid depiction of a series of events that walks everybody through some tense moments as the investigation into the local chapter of the KKK is underway.  BlacKkKlansman is a story that combines the seriousness of racial profiling with the commodity of friendship among everyone in an ultimate showdown for equality.  The performances of both Driver and Washington were absolutely phenomenal to the point that I personally enjoyed Adam Driver’s performance here more than his performances as Kylo Ren.  Tying itself into some of the more recent affairs that have been happening at rally’s, this movie does a damn good job at making everything feel much more real and simply presents it as serious as it could be. 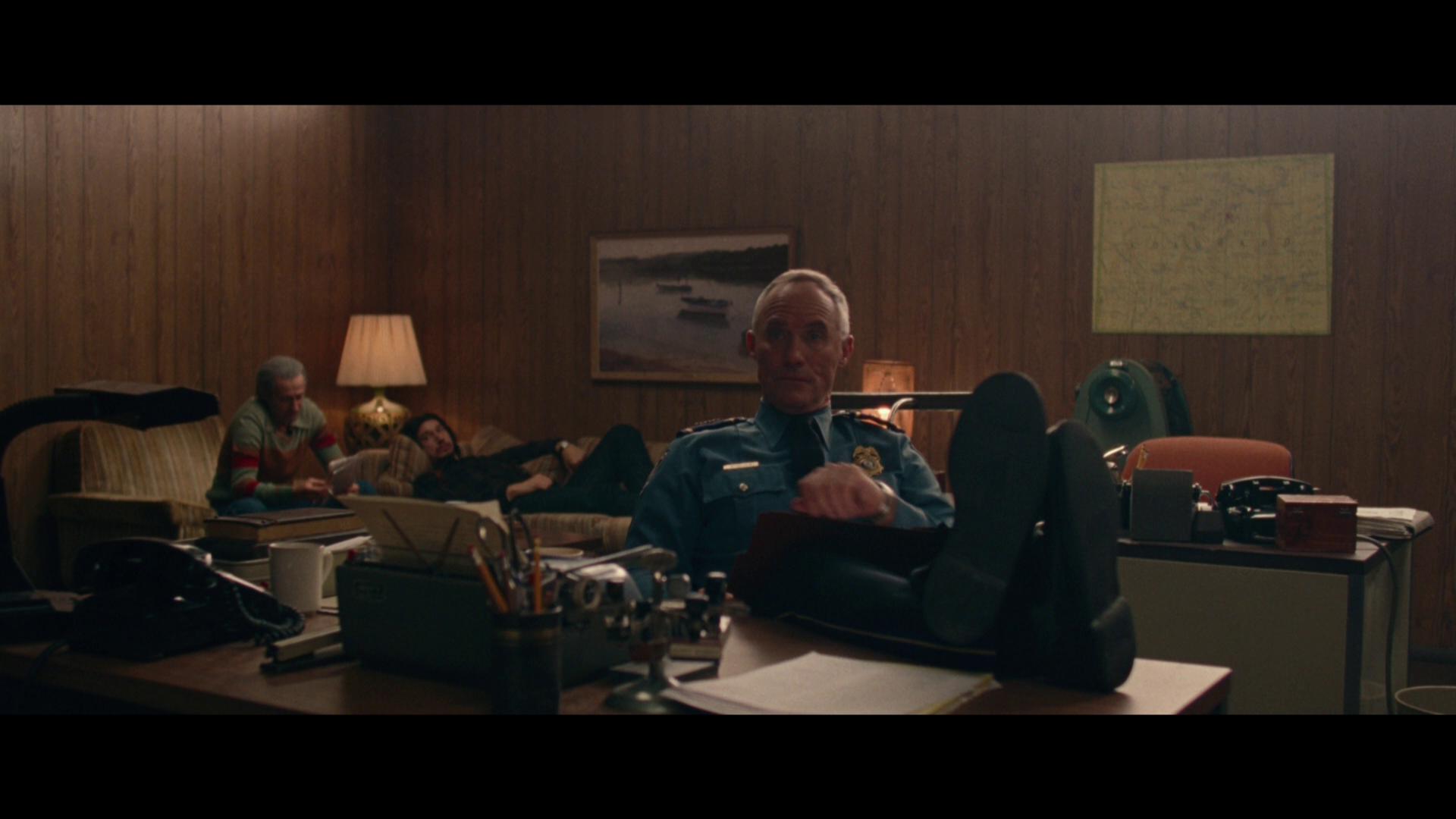 The 4K UHD release of BlacKkKlansman gives its viewers an absolute and all natural native 4K presentation, and really brings it’s A-Game with its utilization of HDR.  With the visual queues helping with the presentation of the era, coupled with the more natural visuals, the overall experience to be had with this release is one of the best I’ve personally seen to date.  Even in the parts of the story that took place during the nighttime hours, there was more than enough ambient lighting to ensure that everything could be seen and understood without any kind of eye strain.

Packaged with an English Dolby Atmos audio track, the UHD release of BlacKkKlansman gives its viewers an absolutely all out immersive experience, assuming they have an Atmos setup.  Everything from the powerful fronts to the use of the surround and elevation aspects of the movie, my wife and I ultimately felt like we were sitting right there in the middle of everything as it happened.  The dialogue is spoken cleanly, and there was no issues in understanding what was being said or any need to adjust the volume levels throughout. 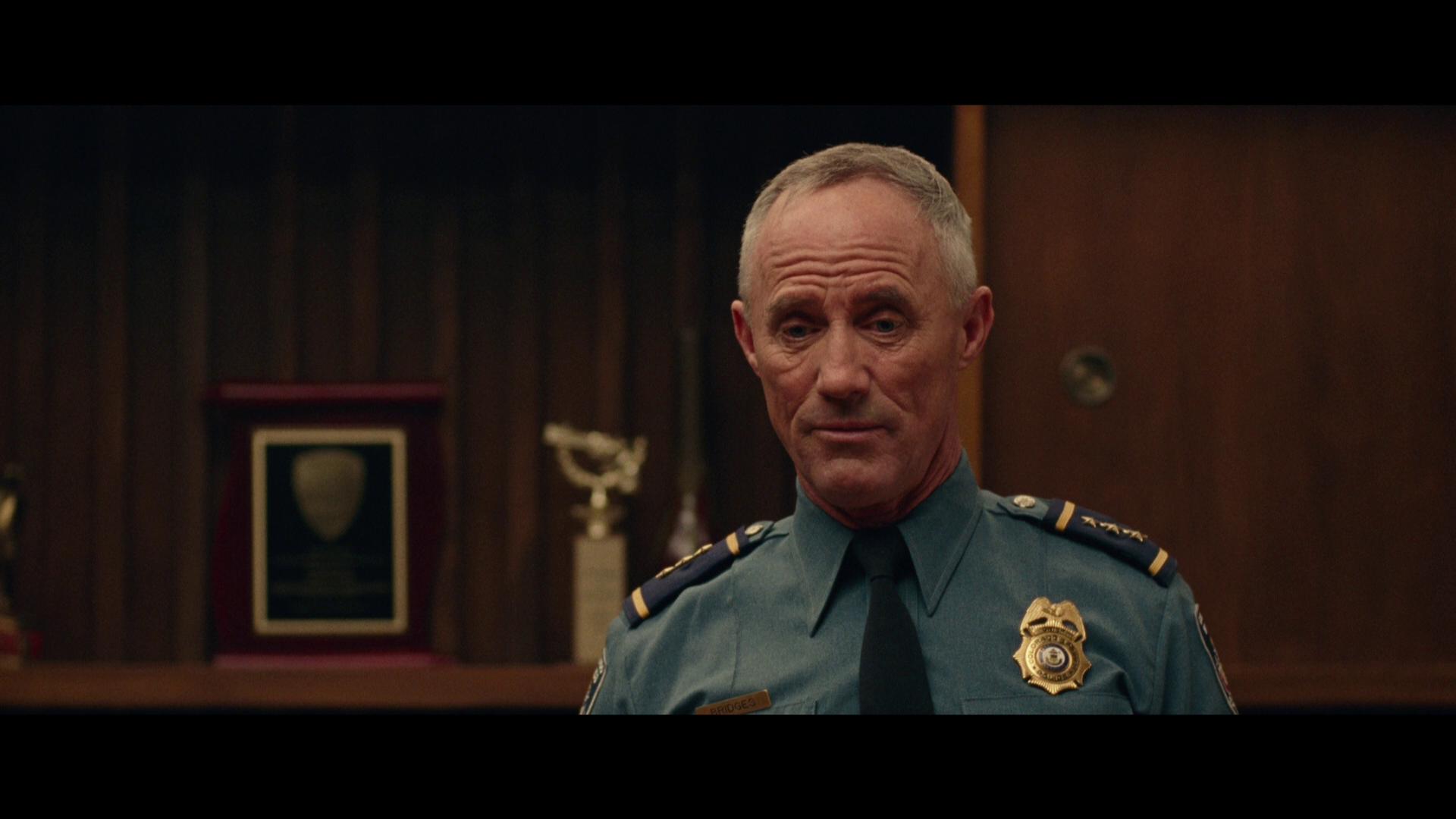 The 4K UHD release of BlacKkKlansman comes packaged in your standard two-disc 4K UHD amaray case.  Within that case is the standard 4K copy of the movie as well as the standard Blu-ray copy.  The 4K disc does include the same piece of artwork that’s been provided on the case, while the Blu-ray only bears the standard release text and solid colored background.  There is also a digital copy redemption pamphlet, as well as a slipcover that’s been included in the original pressing of the release that features the same artwork that’s been included on the case. 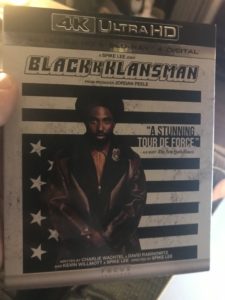 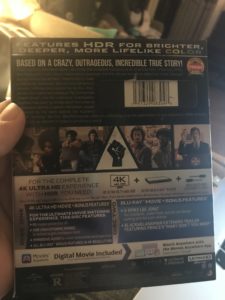 There are only a couple of special features included with this release of BlacKkKlansman.  The UHD does include all of the same content that’s been provided on the Blu-ray, but in a 4K presentation.  The content that’s been included offers a really nice look at the work that went on behind the scenes, with not so much of anything directed at an expansion on the story.  However, I think with this particular movie, that if someone wants to explore the story further, there’s a lot of published information out there that will fulfill your curiosity.  Included with this release is: 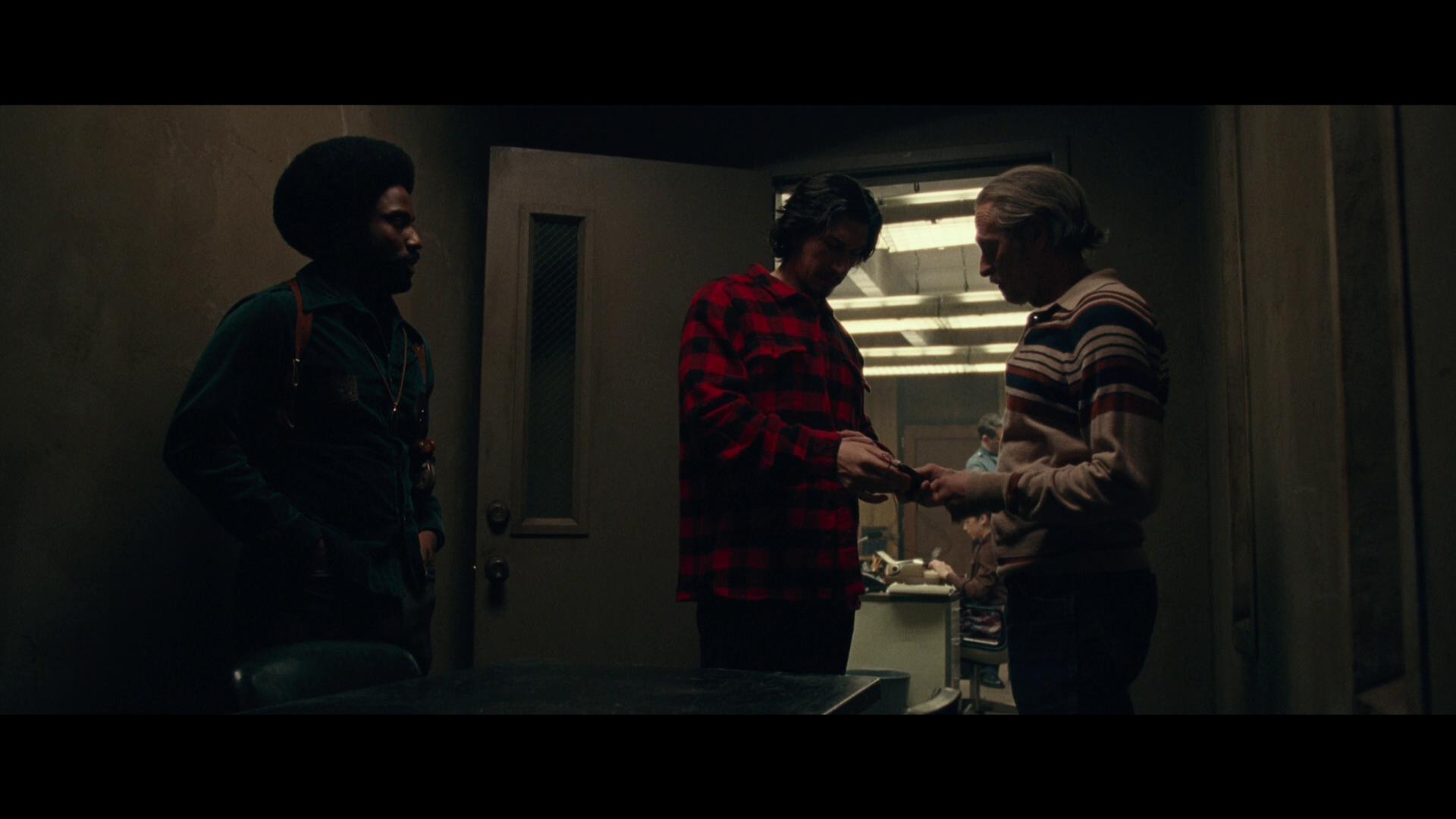 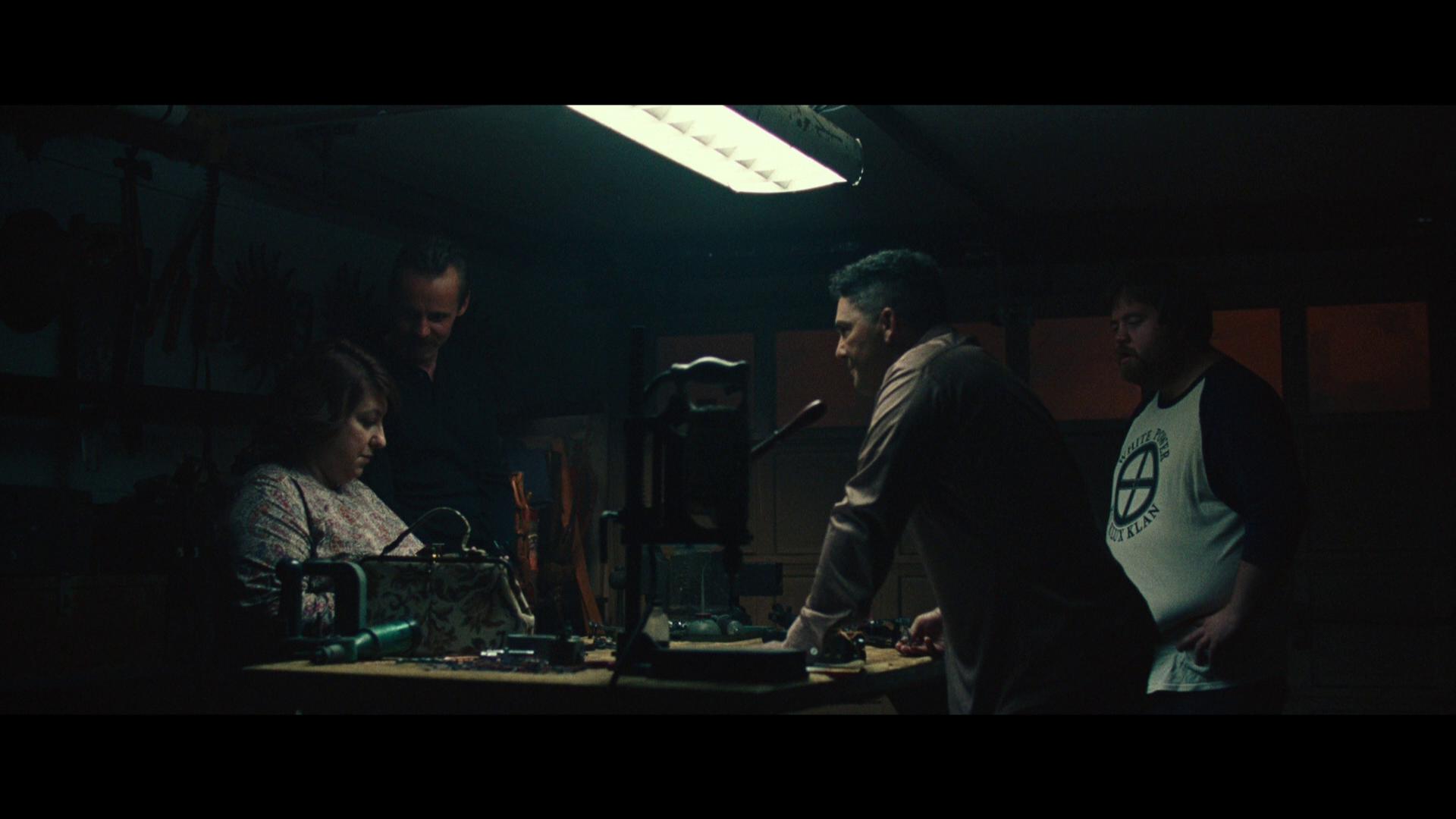 Overall, I was absolutely surprised with BlacKkKlansman.  The performances of the cast and crew were absolutely phenomenal and despite taking place during the 1970s, is somewhat relatable to the events that have been going on in society today, especially with that footage reel that happens at the end of the movie.  The presentation of this release was simply stunning, and made this release one of my favorite 4K releases to sit on my shelf now.  There’s a couple of special features that will let you explore the work that went into making the movie.  If you’re on the fence about picking this release up, I would hands down recommend grabbing it, especially the 4K release.  BlacKkKlansman was released to 4K UHD, Blu-ray and DVD yesterday. 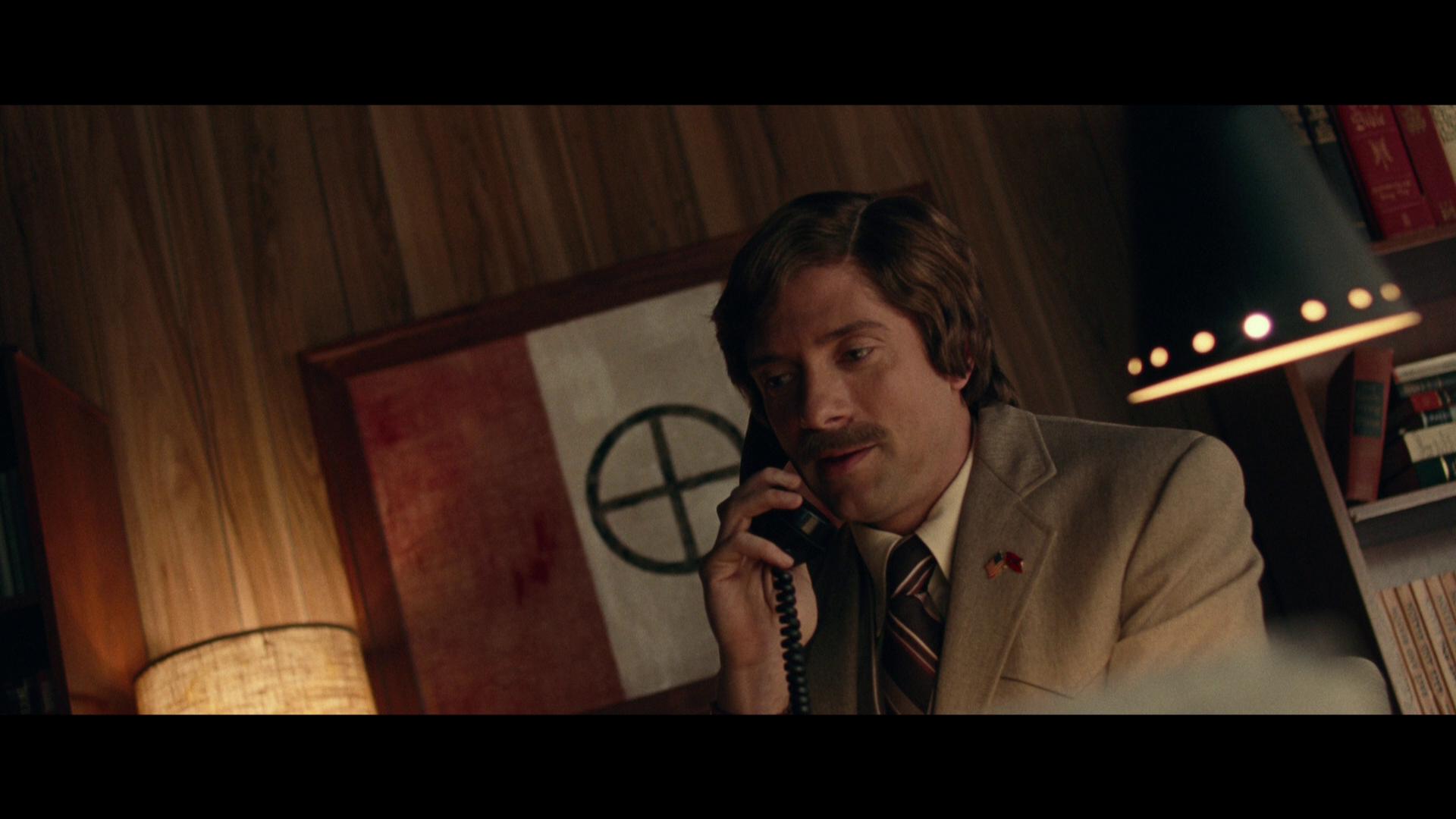