Black Hawk Down is a 2001 war film that was directed and produced by Ridley Scott from a screenplay written by Ken Nolan. It is based on the 1999 non-fiction book of the same name that was written by journalist Mark Bowden. As an embedded journalist, he covered the 1993 raid in Mogadishu by the US Military, aimed at capturing faction leader Mohamed Farrah Aidid. The ensuing firefight became known as the Battle of Mogadishu. The film features a large ensemble cast, including Josh Hartnett, Ewan McGregor, Eric Bana, Tom Sizemore, William Fichtner, and Sam Shepard.

Following the ousting of the central government in 1993 amid the civil war in Somalia, the United Nations Security Council authorizes a military operation with a peacekeeping mandate. After the bulk of the peacekeepers were withdrawn, the Mogadishu-based militia that’s loyal to Mohamed Farrah Aidid declared war on the remaining UN personnel. In response, the US Army deploys three of its special operations forces — 75th Rangers, Delta Force counter-terrorist operators, and the 160th SOAR – Night Stalkers aviators – to Mogadishu to capture Aidid, who has proclaimed himself as president.

Black Hawk Down won two Academy Awards for Best Film Editing, and Best Sound Mixing at the 74th Academy Awards. In 2009, an extended cut of the film was released onto DVD. The cut contained an additional eight minutes of footage increasing the running time to 152 minutes. Black Hawk Down had a limited release in four theaters on December 28, 2001, in order to be eligible for the 2001 Oscars. It earned $179,823 during its first weekend, averaging $44,956 per theater. On January 11, 2002, the release expanded to 16 theaters and continued to do well with a weekly gross of $1,118,003 and an average daily per theater gross of $9,982. On January 18, 2002, the film had its wide release, opening at 3,101 theaters and earning $28,611,736 in its first wide-release weekend to finish first at the box office for the weekend. 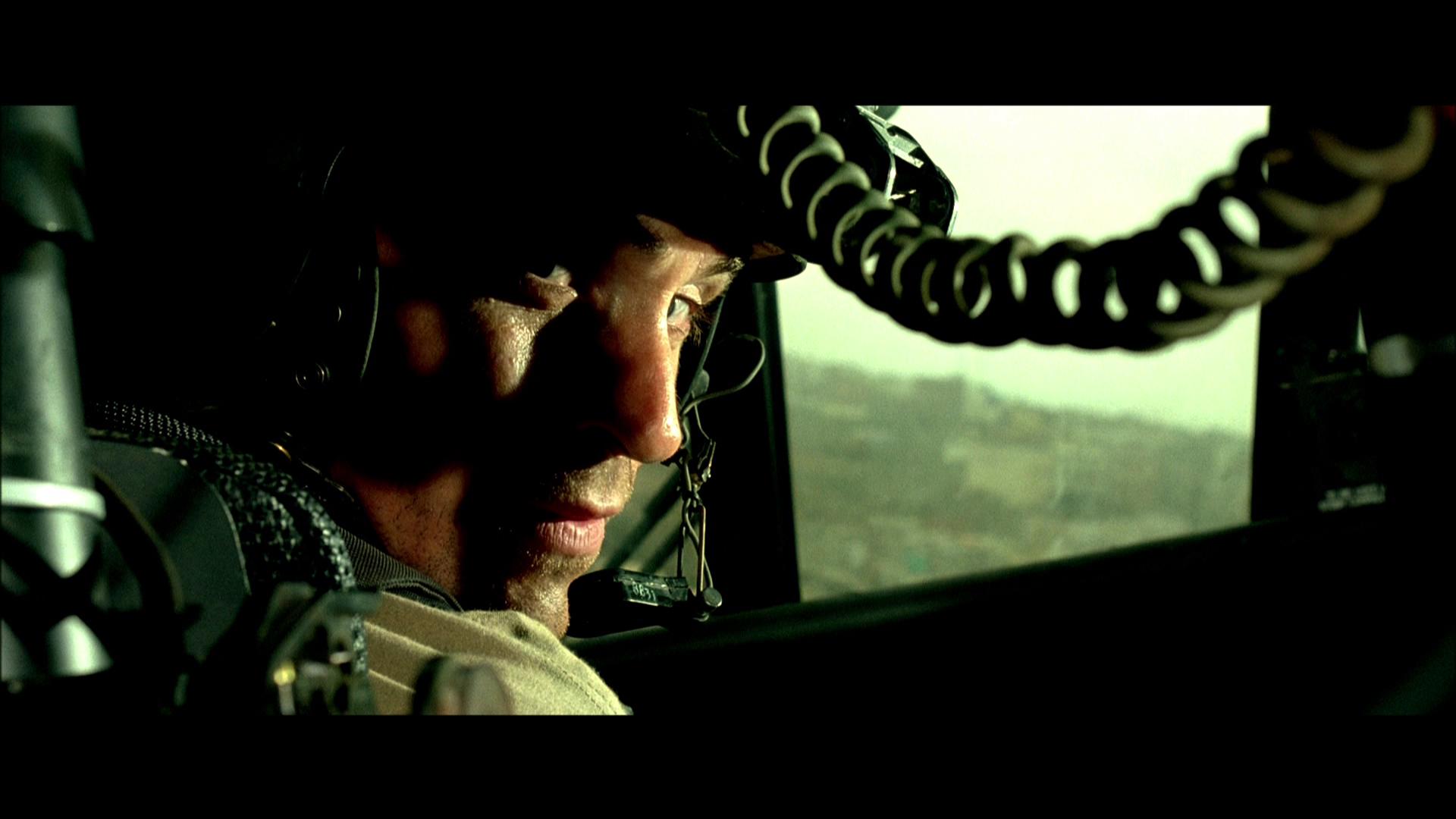 Black Hawk Down manages to stay on top of my personal list of iconic war films with its depiction of post-Vietnam era warfare that’s been produced into film. The story and experience that we’re given with this movie is one that should be seen by anyone that’s even had a slight interest in the genre, and the performances of those within are simply stunning, and really do a great job at capturing the hardships that are endured in modern warfare. 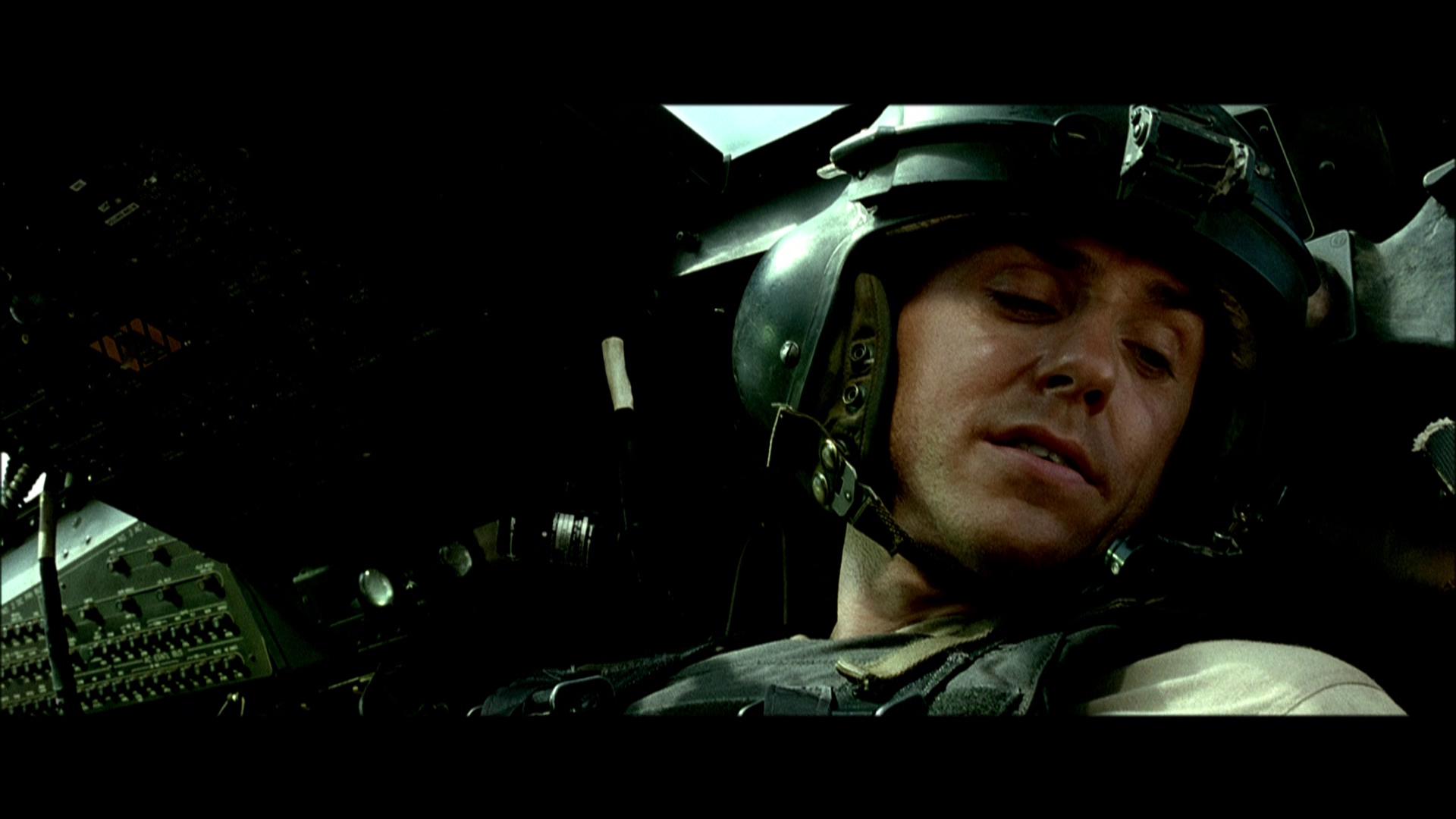 The 4K UHD release of Black Hawk Down offers a significant improvement over previously released Blu-ray copies of the movie. The more refined image of this release gives its viewers what I would like to call a picture perfect look into the events that happened in Somalia. Regardless of whether or not it’s completely accurate, one can certainly appreciate the efforts put forth in this military order as these men put their lives at risk, and the presentation of this release does a great job at conveying those risks. The colorization is hands down one of the best I’ve personally seen with the format, with extra attention paid toward the finer details of the scenery, the gritty details of being in the battlefield, and the intensity that’s attributed to the explosions. Overall, there weren’t any blemishes to be had when sitting down to this release, as the image quality simply just shined, leaving both mine and my wife’s jaw on the floor as we watched along. 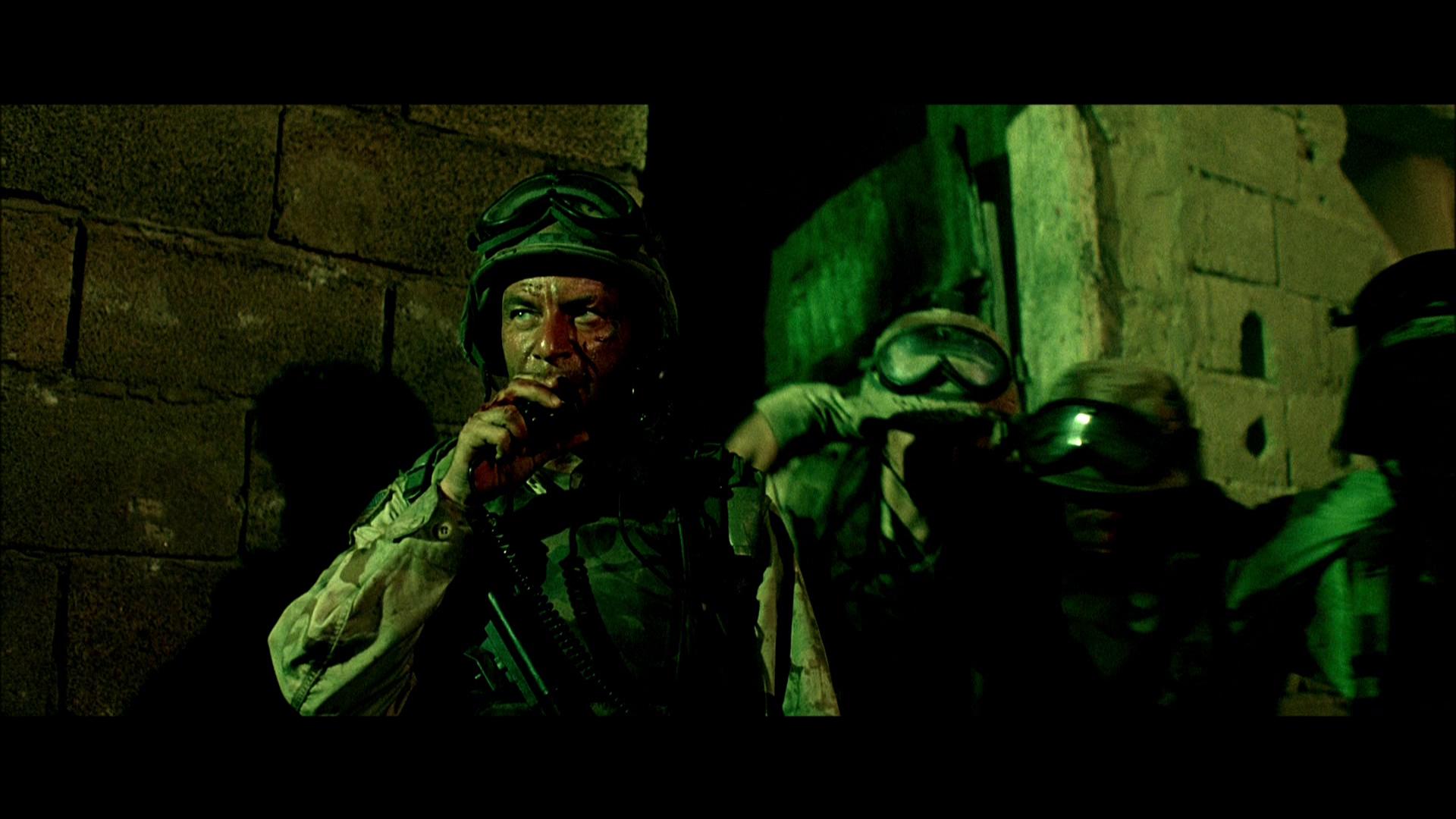 Packaged with an English Dolby Atmos audio track, the 4K UHD release of Black Hawk Down packs one hell of an immersive audio experience. While it’s not nearly as revolutionary as other Atmos audio tracks, the quality that rips through your home audio system with clarity, action, and depth and puts you smack dab right in the middle of everything. The intensity of the chopper blades as they spun, to the insanity of the explosions did a great number to my living room as we watched and experienced the overall amount of chaos that unfolded in this story. The transitions between the channels were effortless, allowing for a truly immersive audio experience, and the dialogue is spoken cleanly, and everyone is able to be heard and understood with absolutely no strain or issues whatsoever. 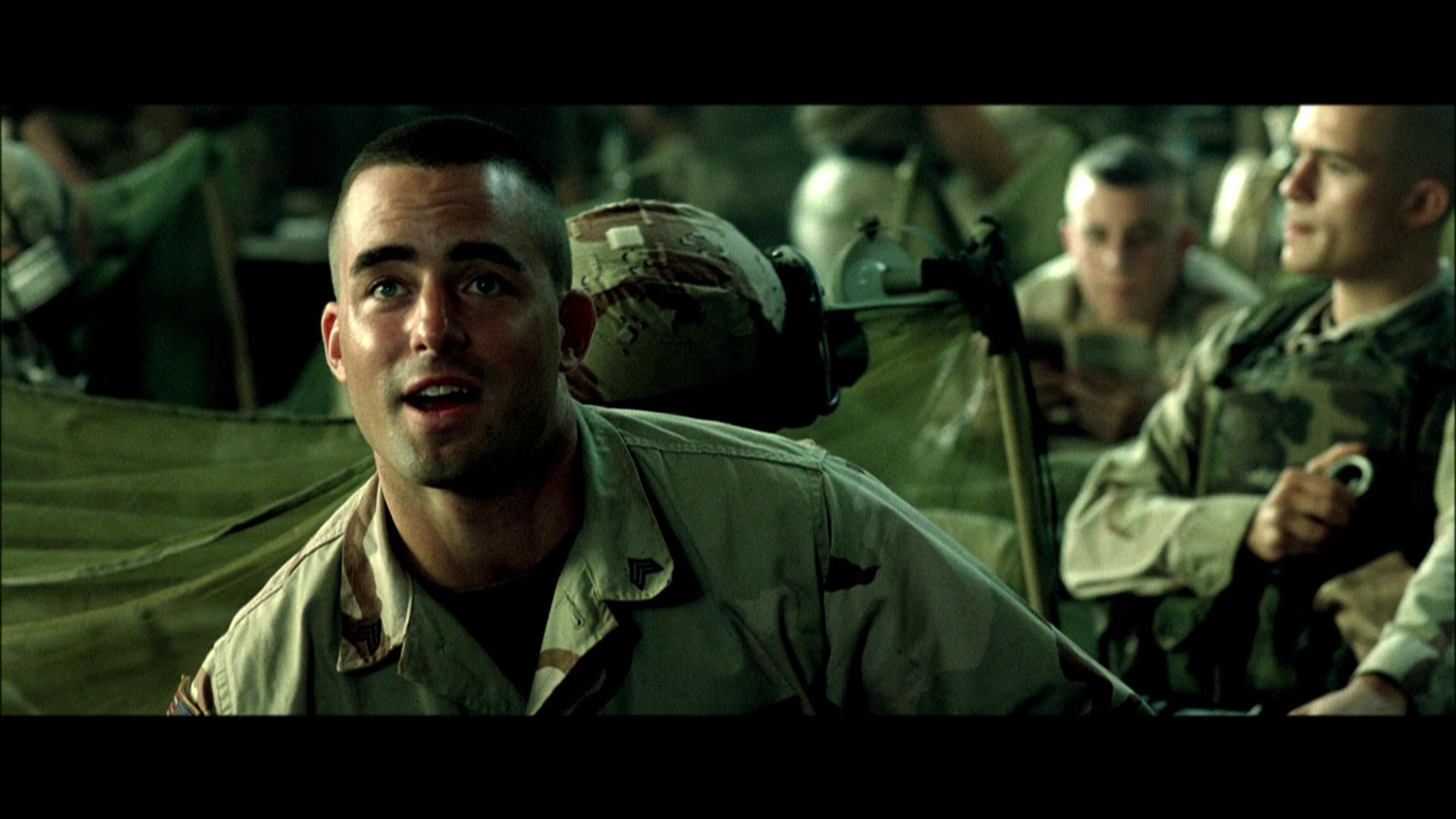 The 4K UHD release of Black Hawk Down comes packaged in a thicker 2-disc amaray case.  In that case, the standard 4K copy of the movie, the standard Blu-ray copy and the extra Blu-ray disc containing all of the special features.  None of the discs feature any artwork that’s related to the movie and only has the standard release text.  There is a digital copy redemption pamphlet as well as a slipcover that’s been made available in the initial pressing of the release that features the same artwork as the case. 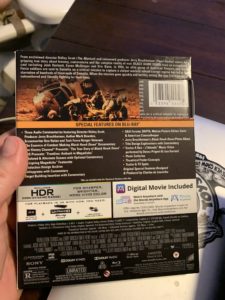 Much like any other standard 4K UHD release, Black Hawk Down doesn’t really include any supplemental material on the UHD disc. The disc does include the extended version of the film, and all additional content is made available on included Blu-ray discs. There’s a significant number of features included with this release that features a look at the production work, shared experiences that were had by cast and crew, and a number of other pieces of information that’s related to the story at hand that covers the real life events that occurred. Included with this release is: 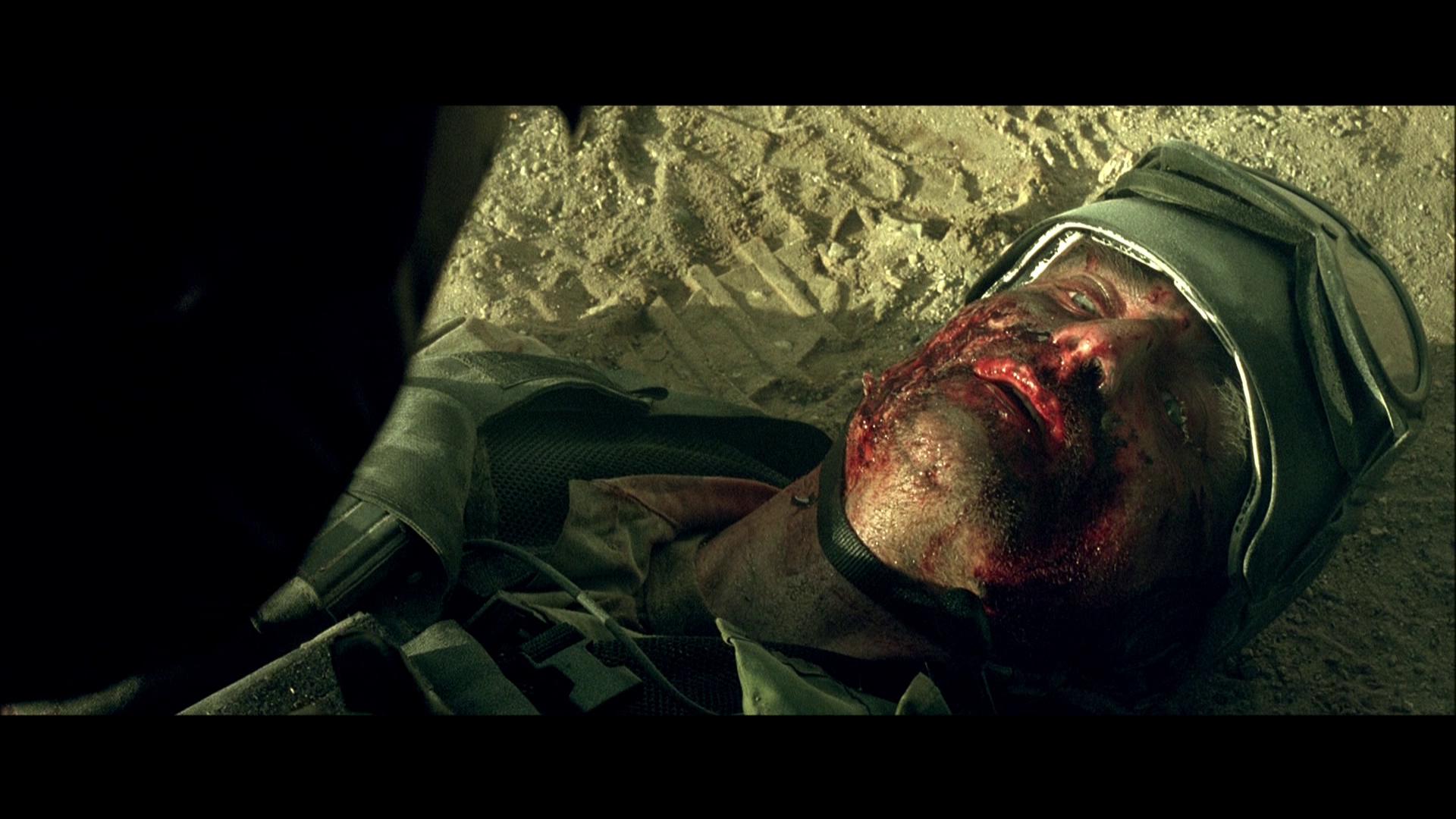 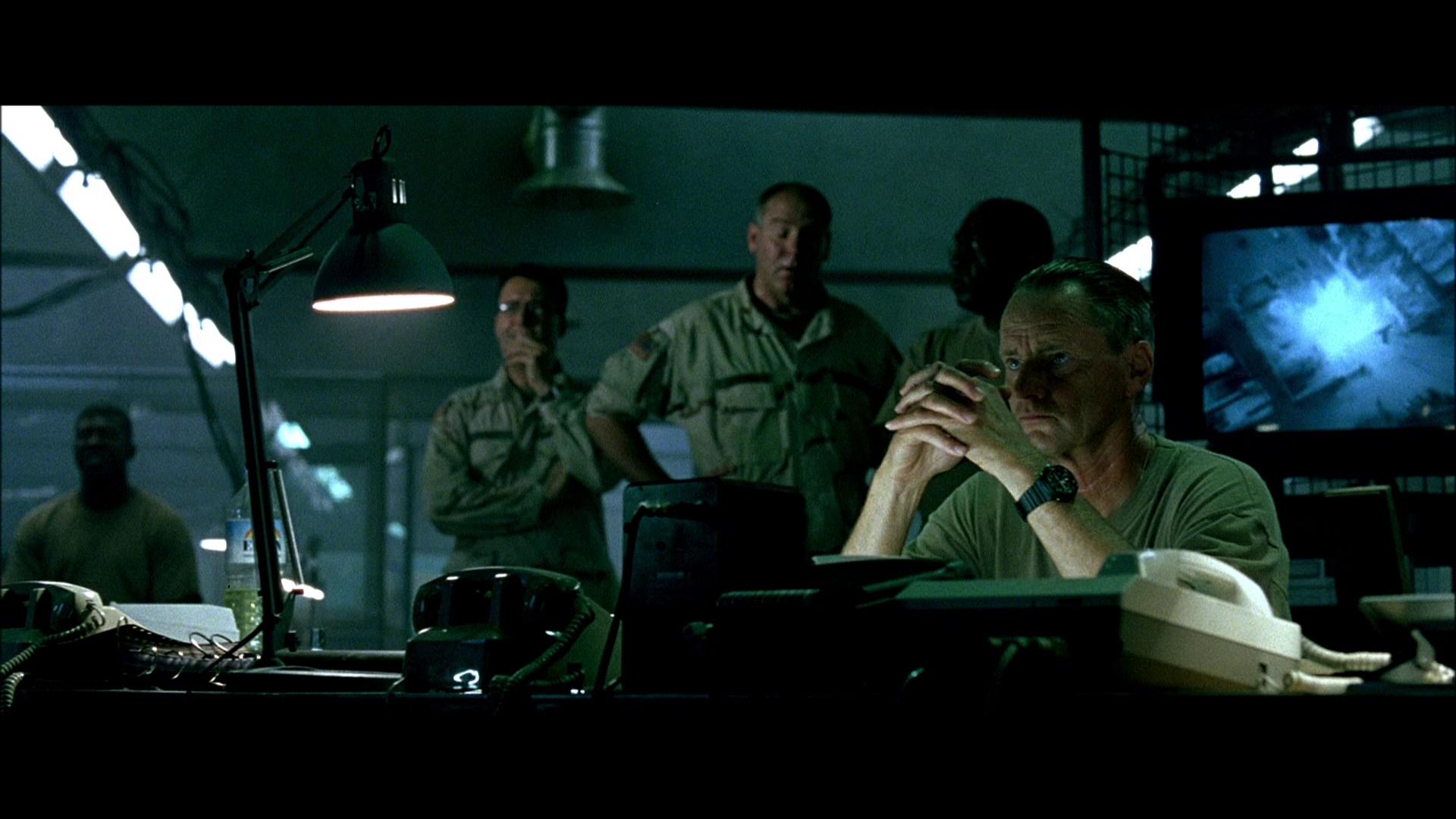 Black Hawk Down is a fantastic film, and one that does a phenomenal job at relaying the experiences of modern day warfare. The visual and audio presentation of this particular release is one of the best that’s been released to date, and the Dolby Atmos audio track certainly adds a whole new level of immersion to this great film. There’s a large number of additional features included with this release that should definitely be explored after watching through the movie. If you’re considering this release for your collection, I would without a doubt recommend picking it up. Black Hawk Down is available on 4K UHD today.