I’ll be the first to admit the Western genre is an acquired taste.  Sometimes people can struggle with films set in strange and exotic locales and the slow drawl of John Wayne can be off putting if you’re in the wrong mood.  I get that.  It wasn’t until the 1960’s that Italy took the previously and uniquely American Western genre and turned it on its ear, giving us squinty-eyed antiheroes and charismatic and likable villains.  Everyone knows Sergio Leone’s classic Dollars Trilogy, at least by reputation if it hasn’t been seen, but there are quite a few hidden gems out there as well, and Sergio Sollima’s The Big Gundown is one of the best.

The Big Gundown is your classic tale of a ruthless, yet honorable bounty hunter named Jonathan Corbett (Lee Van Cleef) who agrees to take on last bounty before stepping into the world of politics.  His prey, Cuchillo (Tomas Milian) is accused of the rape and murder of a 12 year old girl, and is making a bee-line to the Mexican border, making Corbett’s job a race against time.

More than just a cookie cutter Western, The Big Gundown isn’t afraid to play with conventions of the genre.  This becomes very apparent during the chase scenes where Corbett manages to catch up to Cuchillo, but because of his charm and resourcefulness, Cuchillo outwits his would-be captor.  Building a unique rapport, the audience actually wants both sides to come out ahead…Corbett to make the capture and Cuchillo to escape.  It’s very much an unappreciated gem, and one of the best films to come out of Italy by far. 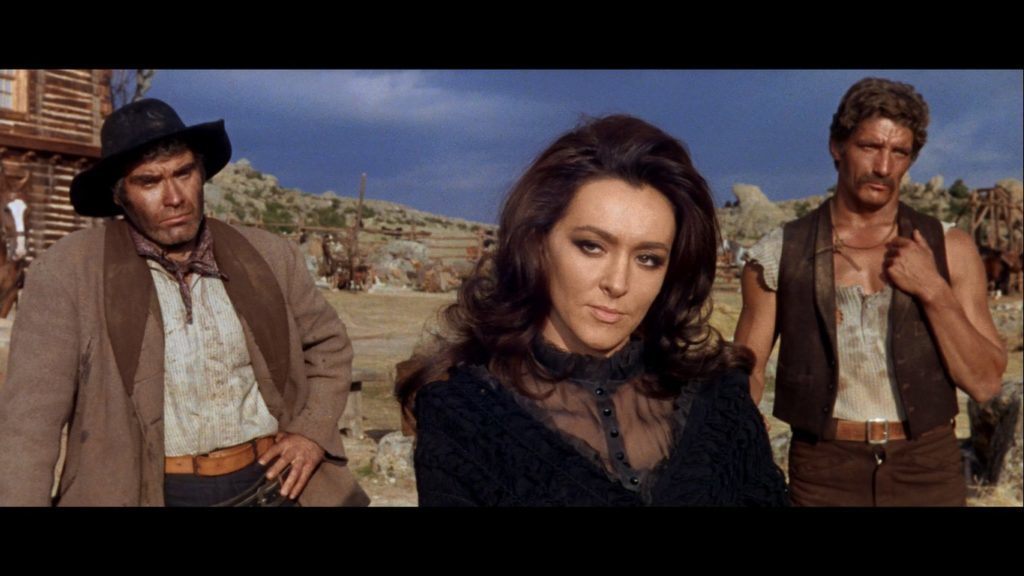 The Big Gundown Blu-ray comes along sporting a new 2K digital restoration of the English language version of the film, and it’s never looked better.  It retains a certain amount of grain, and certainly looks to be a product of its time, but when you’re speaking about a Spaghetti Western, that’s a compliment.  Visually, you’ve got everything you could ask for in a Western; vast, expansive landscapes, extreme close ups revealing finer details like dirt and sweat, and over the top violence.  No compression artifacts were noticed, and the color levels were on point.

If you’re a fan of film scores, this one’s very hard to beat.  Ennio Morricone presents another incredible score with iconic themes that will stick in your head for days.  At the risk of sounding a bit pretentious, the sonic landscape presented on this Blu-ray is fitting for an epic film of this scope and magnitude.  The music swells to a peak in all the right places, and is complimented by subtlety or silence when needed, and is punctuated by the roar of gunfire or the clopping of horse hooves.  Beautiful stuff here. 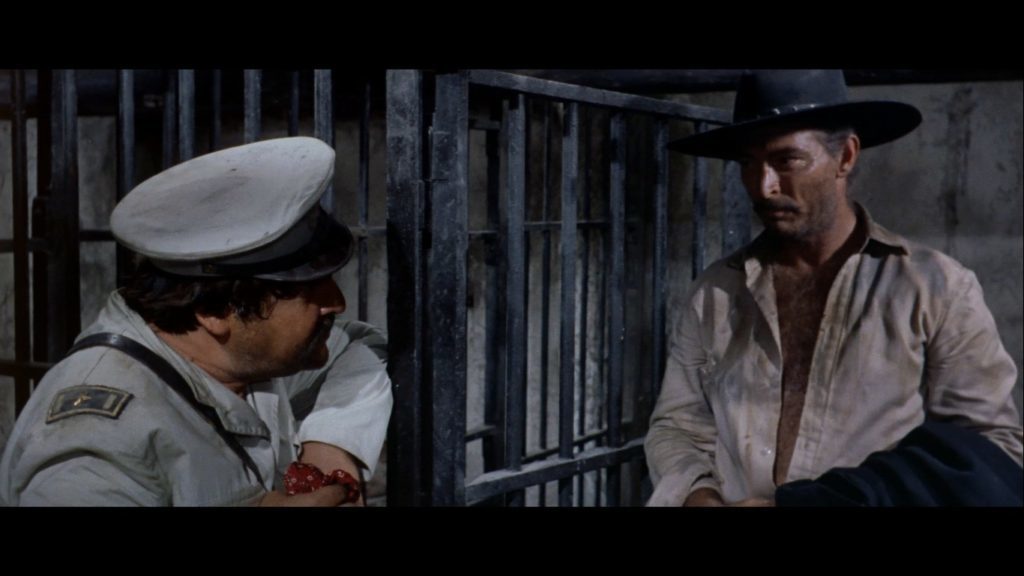 The Big Gundown is a Grindhouse release, and they don’t pull any punches when it comes to special features.

First, the English language version of the film has been expanded with three additional scenes previously unseen.

We’ve also got a second Blu-ray of the longer, 110 minute Italian cut of the film, which is presented in Italian with English subtitles, a standard DVD of the English language version, and a soundtrack CD featuring Ennio Morricone’s score.

We’re given an audio commentary on the English language version of the film by Western experts C. Courtney Joyner and Henry C. Parke which was highly informative and enjoyable.

Closing out the special features we’ve got still galleries, trailers, and TV spots. 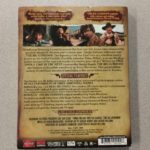 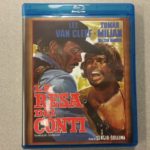 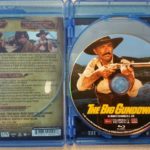 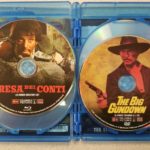 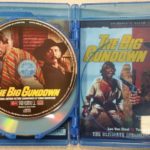 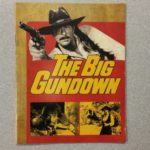 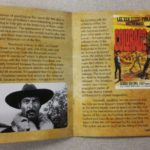 This is a beautiful package.  We’ve got an embossed slipcover, an insert with reversible cover art (the original Italian poster or the new artwork) and the liner notes on thick, heavy paper.  It’s almost too much to fit comfortably in the case, but it still works. 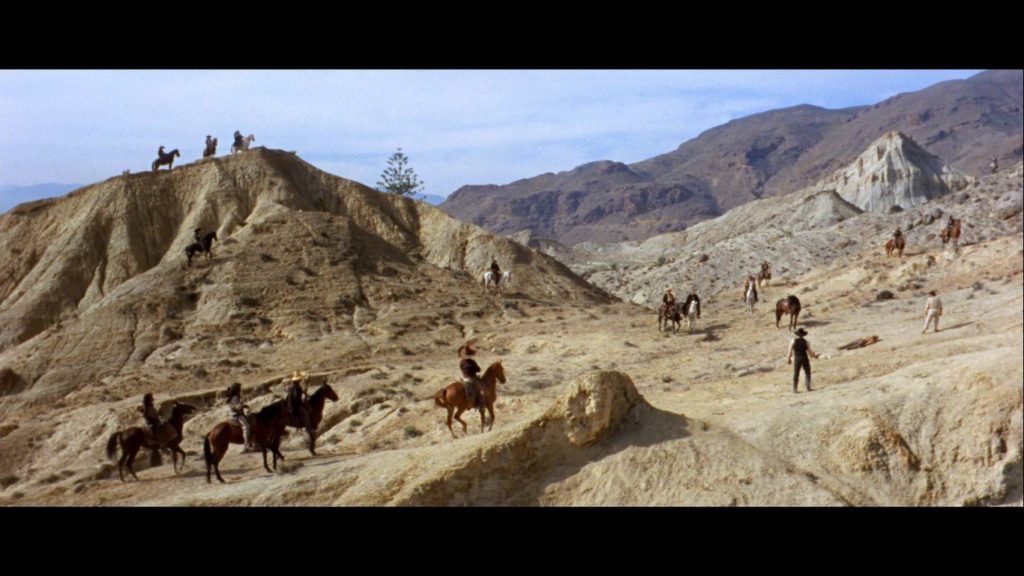 The Big Gundown will probably forever be in the shadow of Sergio Leone’s Dollars Trilogy, but it’s a solid film that deserves to be judged by its own merits.  Offering up an Italian perspective on American justice, this one shouldn’t be overlooked, even if you’re not a fan of the genre.