Ben Is Back is a 2018 American drama film that was written and directed by Peter Hedges, starring his son Lucas Hedges, Julia Roberts, and Courtney B. Vance. The plot follows a mother who is trying to help her addict son after he returns home from rehab.

The movie starts right off during Christmas Eve as Holly Burns is driving home with her children as her son, Ben, is standing in the driveway. Ben had been in rehab for the past few months and is not supposed to be released yet. He tells them that his sponsor said that a trip home would be good for him. Despite her wariness, Holly is happy to see him and says that he can stay for 24-hours on the condition that he does not leave her sight.

The project was originally announced in October 2017, with Lucas Hedges and Julia Roberts set to star. Filming took place in Yonkers, New City, Sloatsburg, Larchmont, Garnerville, and Haverstraw, New York. The film had its world premiere at the Toronto International Film Festival on September 8, 2018, and was theatrically released on December 7, 2018, by LD Entertainment, Roadside Attractions, and Lionsgate Films. The film received generally favorable reviews from film critics, who praised the performances of both Hedges and Roberts. According to the review aggregation website, Rotten Tomatoes, the film holds an overall approval rating of 79% based on the 145 reviews that have been submitted, with an average rating of 7/10. The website’s critical consensus reads that it’s “refreshingly understated. Ben Is Back subverts family drama stereotypes — and provides a forum for terrific performances from Lucas Hedges and Julia Roberts”. 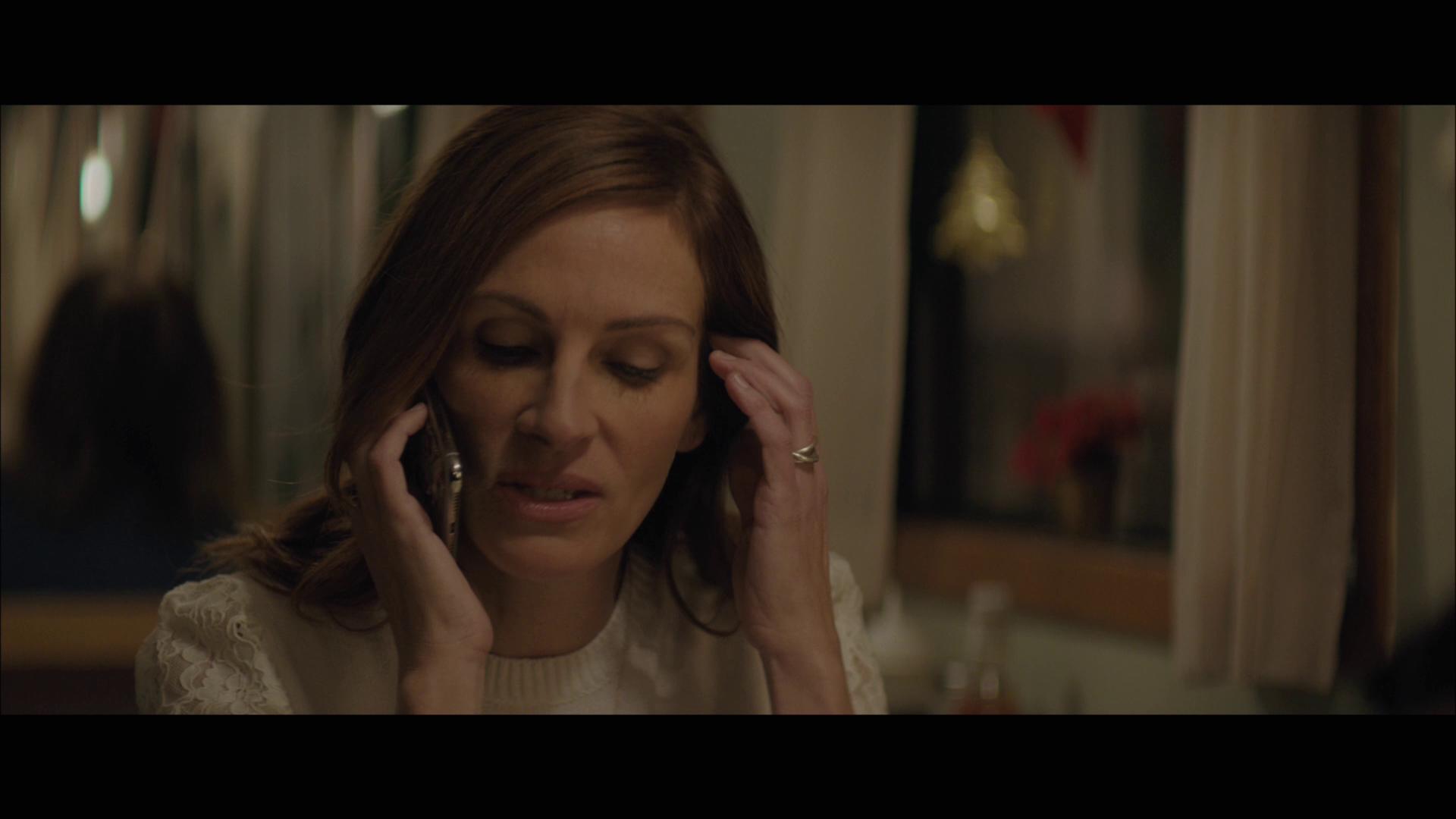 Being exactly what you would expect it to be during the awards season, Ben Is Back provides audiences with a storyline that is certain to hit close to home as the heroin and drig epidemics are at an all time high across the country. As Julia Roberts’ character and her son are working together, aiming for his sobriety and getting his life back together, the fact that he was sitting at the end of the driveway when he should be in rehab is surprising. With its breathless editing, audiences are able to fit right into the mold that came with this story as they perfectly capture the struggle that comes with addiction. An absolutely strong story and experience that is coupled with superb acting from everyone, this movie is definitely going to be tugging on the heart strings of many who do decide to end up watching it. 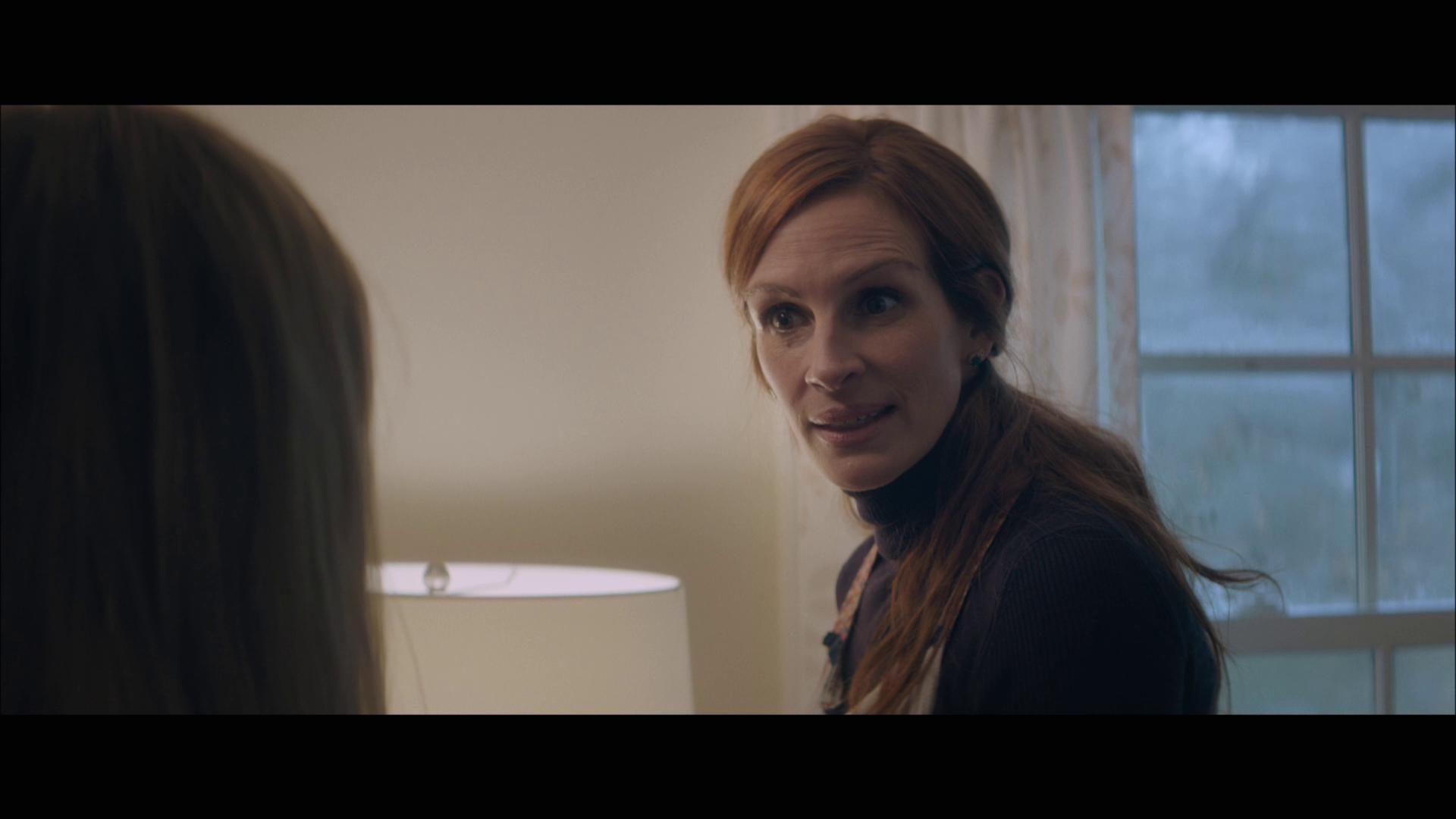 Made available in a 2.35:1 presentation courtesy of Lionsgate Films, the Blu-ray release of Ben Is Back gives audiences an extremely vigorous and down to earth representation in what it’s like to have somebody in your life that’s struggling with addiction. With the emotions setting in, and the somewhat dreary visuals that accompany this fight, the experience that is to be had is on point, crisp, and cleanly shows that it really isn’t an easy job. As the opportunity to get back on that wagon presents itself, and the feeling of needing to take something, Lucas Hedges absolutely does a great job at conveying those experiences, and giving audiences one of the better performances that I’ve personally had the pleasure of seeing in recent times. The scenic views that came with their home town were some of my personal favorites, with those environmental elements adding to the story, and the experiences that Ben was going through.

Packaged with an English DTS-HD Master Audio 5.1 mix, the Blu-ray release of Ben Is Back does an insanely proper job at making audiences fit into the storyline, and cleanly presenting the experiences that were had by the two main characters. While it’s not really as immersive as it could have been due to the lack of use of the surround channels, the movie doesn’t really call for the inclusion of them, and is able to properly convey everything right from the front and rear channels. The dialogue is spoken cleanly, ensuring that everybody can be heard and understood without issue, and the emphasis on the audible emotion that the characters had really help to add to the experience at hand. 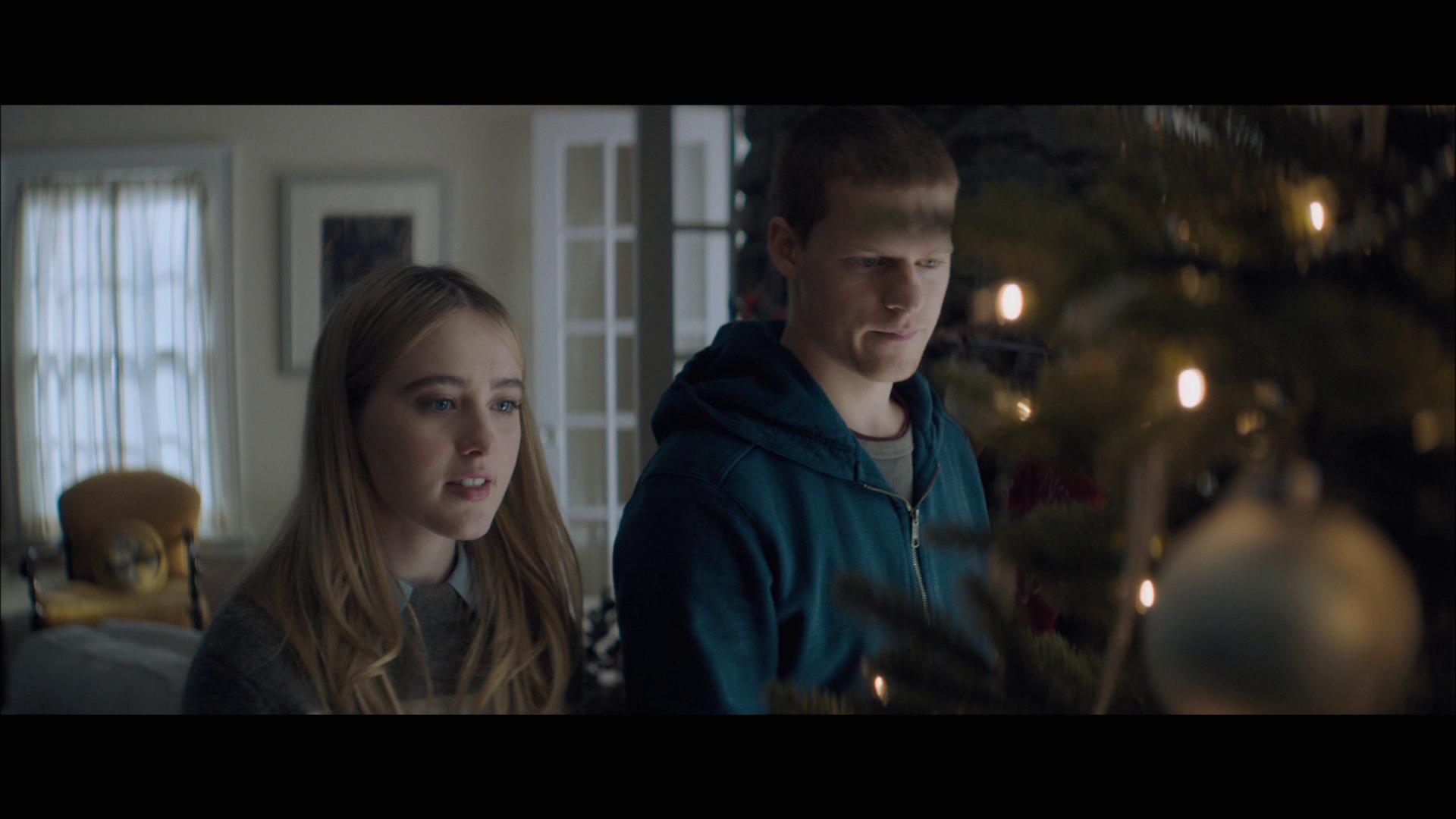 Ben Is Back comes packaged in a standard two-disc Blu-ray amaray case.  In that case, the standard Blu-ray copy and standard DVD copy of the movie, neither discs featuring any artwork outside of the standard release text.  There’s a digital copy that’s been included, as well as a slipcover that’s been made available in the original pressing that features the same artwork as the case. 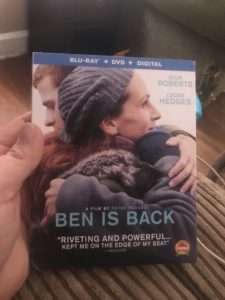 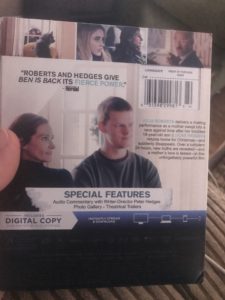 There’s a few additional features that have been included with the Blu-ray release of Ben Is Back. The content mostly surrounds itself around the experiences that were had with the writer and co-director as they work to find a way to effectively convey the struggles that come with having somebody through their fight against addiction. Personally speaking, while I did appreciate the information that was included, I would have loved to have seen more content centralizing itself around the storyline, and an inclusion of the various resources that are available to people who may be going through this fight. But, I digress. That said, included with this release is: 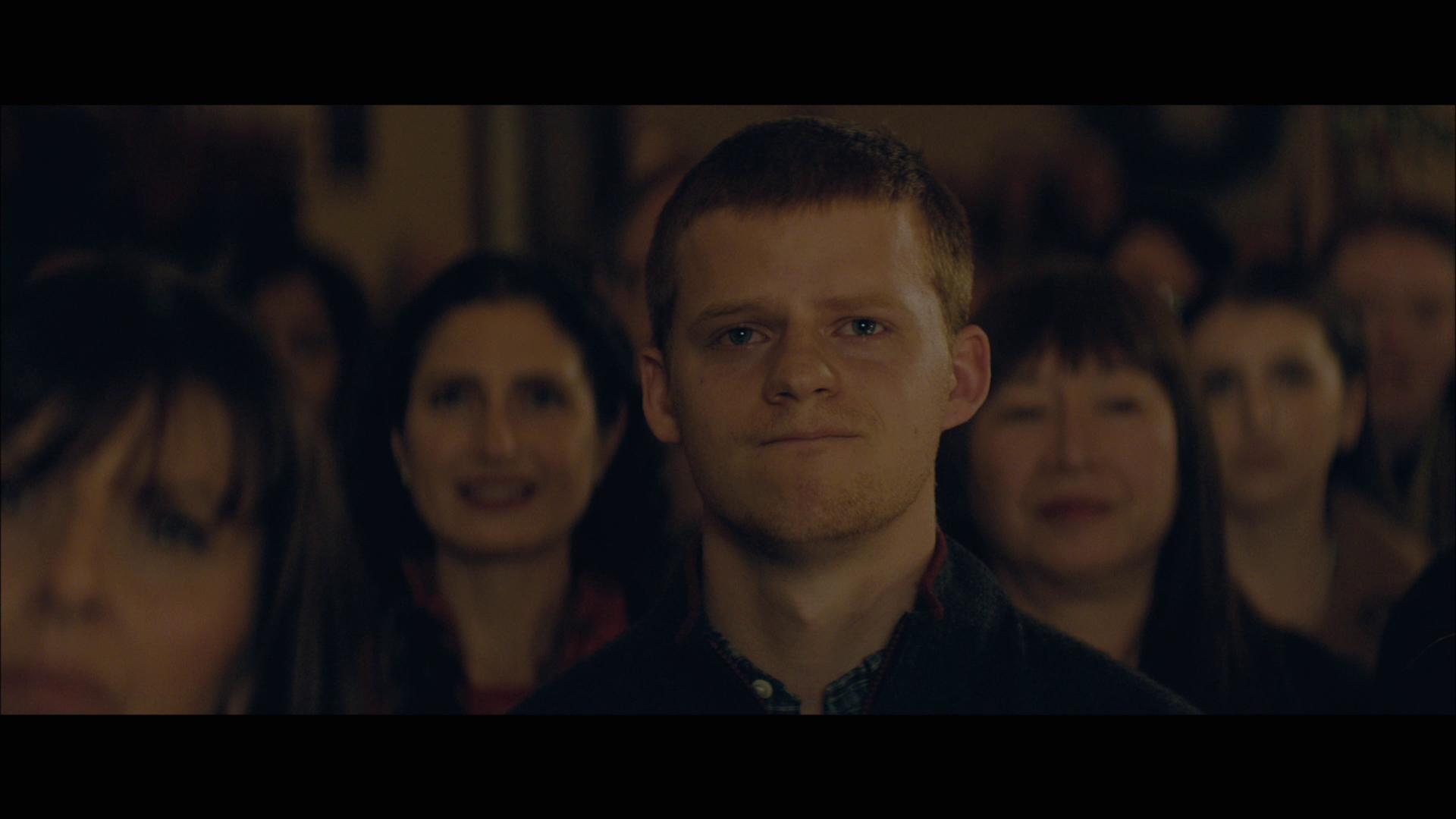 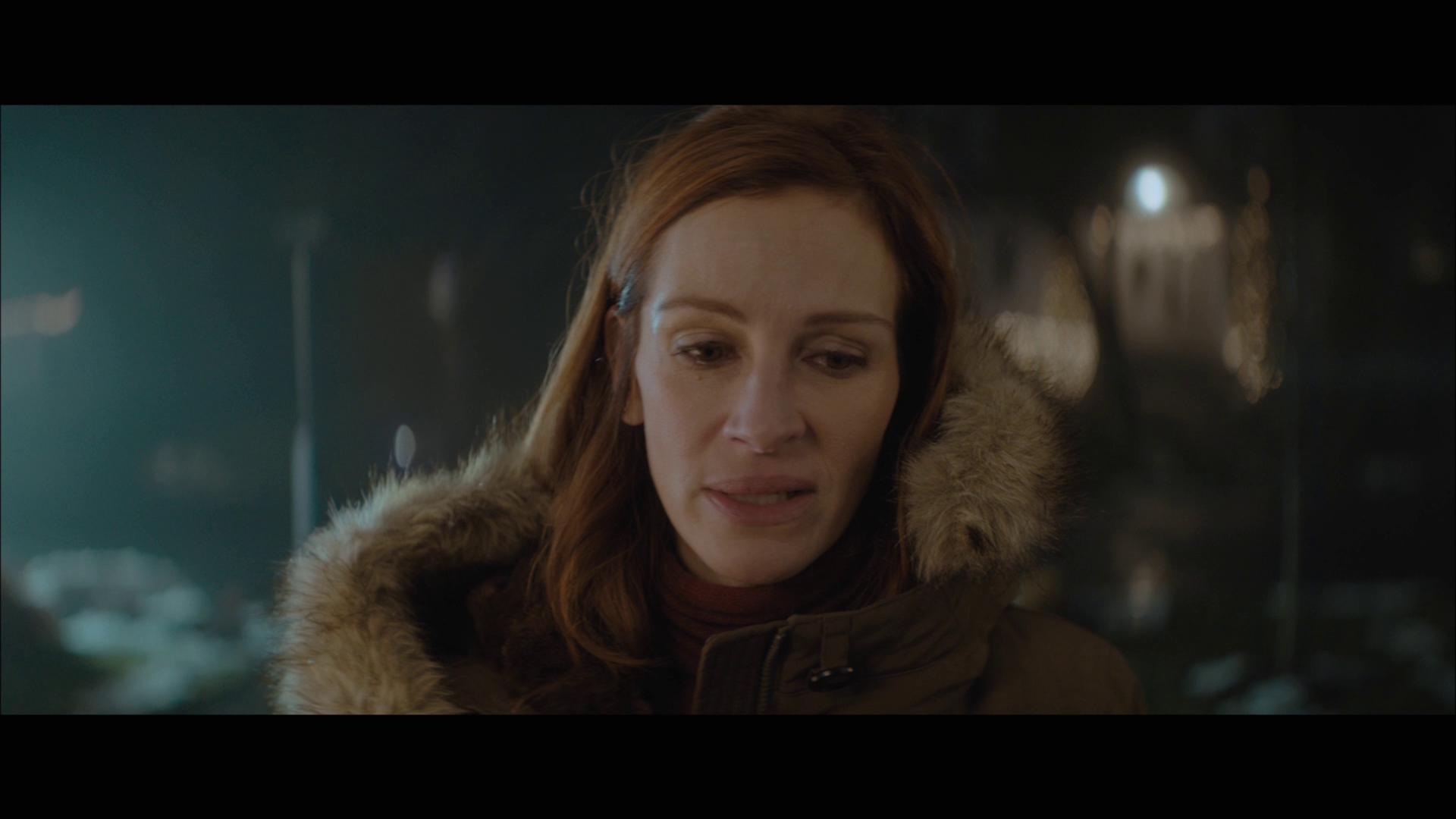 Overall, my wife and I absolutely enjoyed Ben Is Back as it’s an extremely dramatic series of events that develop, and you follow along as Julia Roberts’ character will do whatever she needs to do to help her son win this fight. The story was pretty solid, and the performances of everybody involved were stellar. The visual and audio presentation of this Blu-ray release were really well handled, and offered no issues in seeing, hearing, or understanding everything as it’s happening. I did enjoy the optional audio commentary that came with this movie, but I do wish there would have been more included. If you’re considering this release for your collection, I would absolutely recommend picking it up. Ben Is Back will be available on Blu-ray and DVD beginning on March 5. 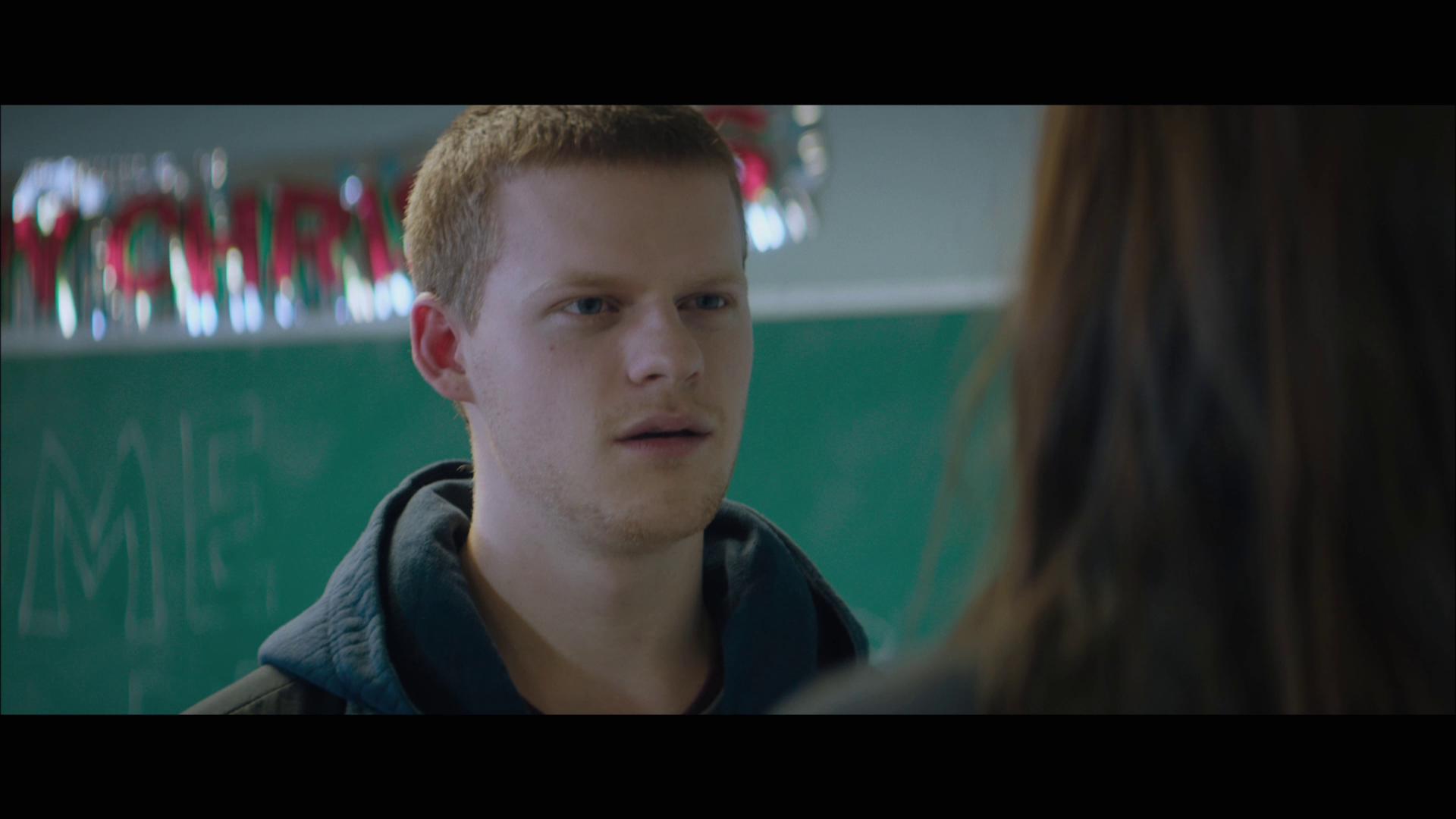