The Before Trilogy finally arrived on Blu-ray this week from the always excellent Criterion Collection, and we are excited to check out this three film box set for our latest review. If you didn’t get a great deal on the pre-order (I managed to get my copy for $35 way back when), there is still a chance to grab this set for cheap during a Criterion Flash Sale or the Barnes and Noble 50% off sale.

Wow. I thought I knew Richard Linklater well, as the owner and lover of his other Criterion releases like Boyhood, Dazed and Confused, and Slacker. I also enjoyed his latest effort, Everybody Wants Some!!, which I reviewed earlier this year. Prior to pre-ordering this beautiful set from Criterion right when it was announced, I had never seen any part of The Before Trilogy, so it was a complete blind buy based on Linklater’s reputation. There is only one word to describe The Before Trilogy, and that is “masterpiece”. All three films are an excellent example of the minimalistic style that Linklater has perfected, and they essentially tell us the story of Celine (Julie Delpy) and Jesse (Ethan Hawke) in one day at a time, set 9 years apart from each other. Linklater loves telling these sprawling stories across years of these actors and actresses lives, creating some of the realest cinematic experiences ever put on film. 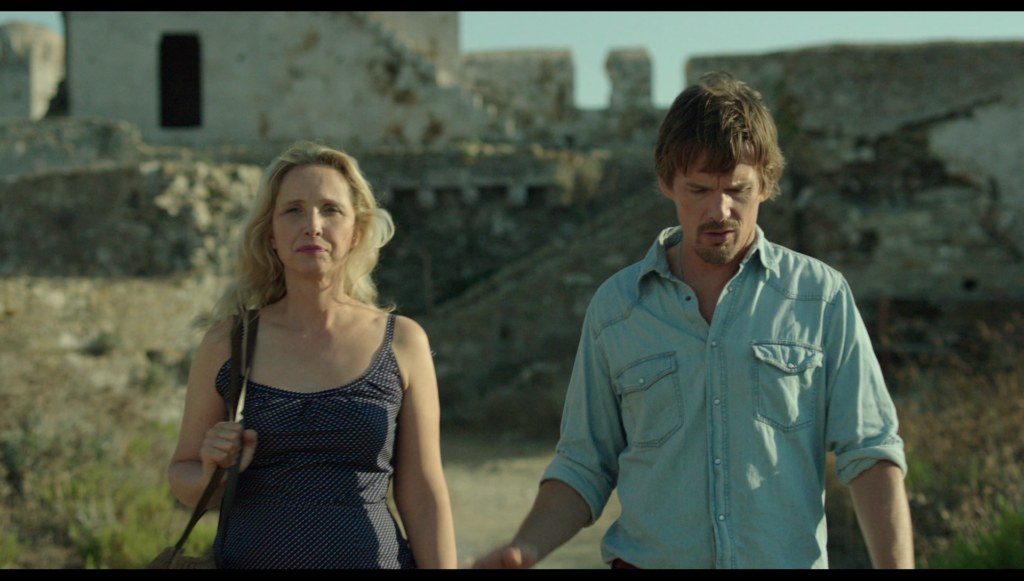 Ethan Hawke and Julie Delpy are both excellent in their roles. Even with a nine year break in between each shoot, full of new characters, scripts, and life changes, both of them manage to slide seamlessly back into the roles of Jesse and Celine. Delpy was born in Paris, but she is still so authentic in her role as Celine and is the highlight of the trilogy, although Hawke is right behind her. Ethan Hawke has incredible range, as evidenced in his roles in Boyhood, Predestination, Training Day, and The Before Trilogy. These roles are all so different, and yet, he handles them with ease; he truly is one of Hollywood’s most underrated actors. The pairing of these two is so perfect, that I am not sure any other actors could have pulled of this incredible run and still maintained the same level of quality. Even as the characters change from film to film, the chemistry between the actors remains top notch, even if the chemistry in their fictional relationship is strained. So often in Hollywood, sequels that take years to produce after the original films are a total bust, as the magic is lost. Thankfully, Linklater is a master of his craft, and Delpy and Hawke are perfection, so no such issue is present in any of The Before Trilogy. 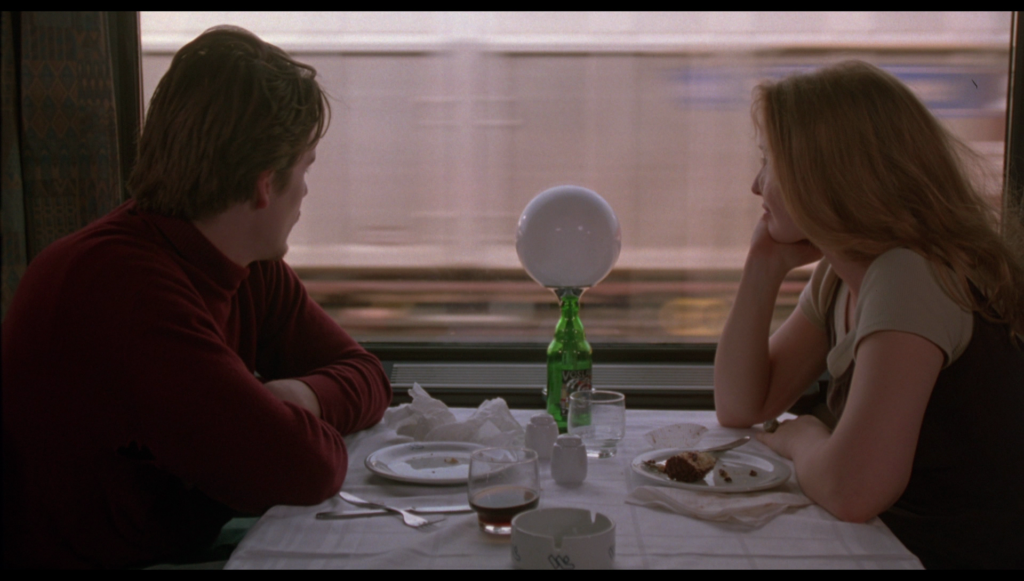 Linklater is an incredible storyteller, and these three films are one of cinema’s best examples of romance on film. In my opinion, The Before Trilogy is the best romantic series of all-time. All three entries are solid, getting even better over time, and the themes and characters are never lost, even with 18 years separating the trilogy. The writing is outstanding, with Linklater, Hawke, and Delpy all sharing screenplay credits, and earning Best Original Screenplay Oscar nominations for both Before Sunset and Before Midnight, and the simplistic cinematography and set design is beautiful. Using locations like Vienna and Greece only adds to the beauty of each film. It feels very much like a traditional European romance story, but the simplicity of each film is what makes them so compelling. Quentin Tarantino may be the master of conversation in films, where so many simple conversations and banter drive his eventually hyper-violent stories, but Linklater can take that single conversation and turn it into a 90 minute masterpiece, and that is what sets him apart as a storyteller. There is no real flashiness to any of the three films, but they still leave you with a lasting effect long after you are done watching them. I am not one for romantic films, but it is hard to ignore the brilliance on display in The Before Trilogy.

Thankfully with Criterion releases, we are often given an excellent inside look into each video transfer, and they have provided us the following information that appears within the booklet included with this release.

Before Sunrise and Before Sunset:

These new digital transfers were created from 35mm interpositives and scanned in 2K resolution on a Lasergraphics Director film scanner. Thousands of instances of dirt and debris were manually removed using MTI Film’s DRS, while Digital Vision’s Phoenix was used for small dirt, grain, and noise management. 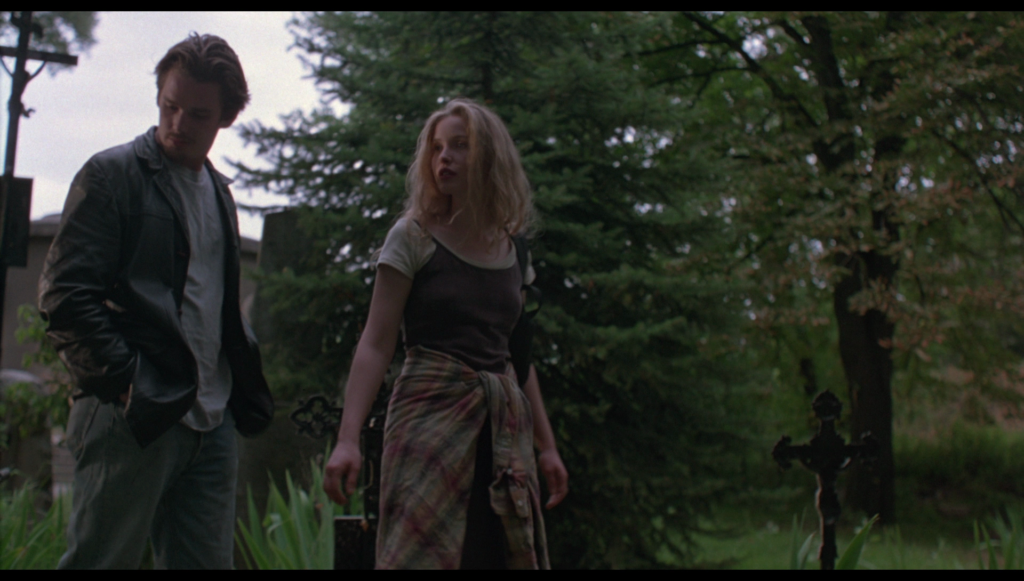 It was shot in 2K resolution on an Arri Alexa camera. The film features a fully digital soundtrack. The 5.1 surround audio for this release was mastered from the original audio master files using Pro Tools HD. 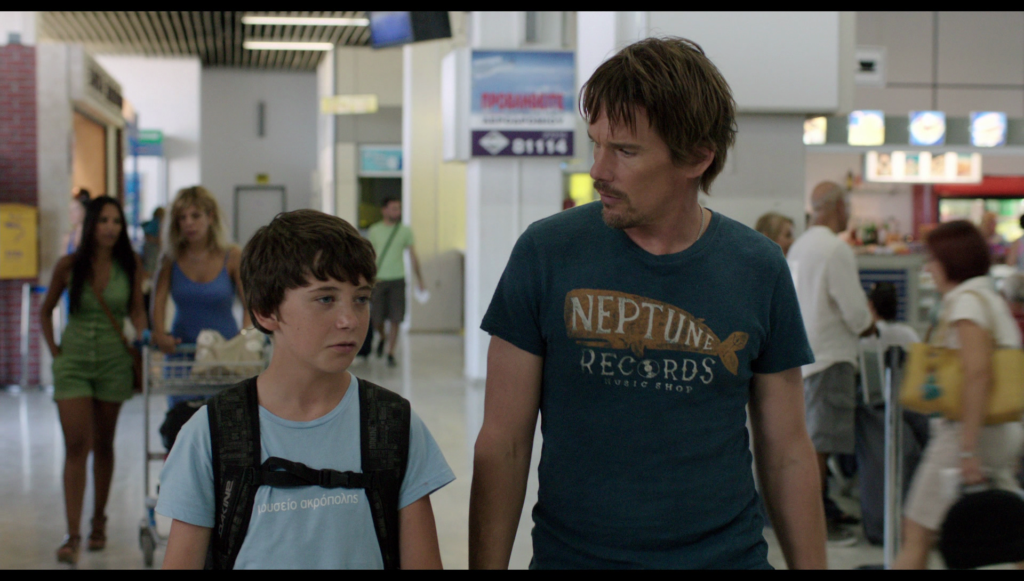 The first two films obviously have a pretty decent film grain to the image, coming from a 35mm interpositive compared to the digitally shot Before Midnight, but I enjoyed their aesthetic more than the series finale. The simplistic movies simply feel right on 35mm film, but by no means does that detract from the beautifully shot Before Midnight, as the image on the finale is excellent; it is a very clean and smooth image, with great clarity and coloring in nearly every sequence. Before Midnight excels in darker scenes that the previous two entries struggle with, as the depth of the digital cameras offer better focus and lighting in dark rooms or evening exterior shots. You can see the way Sunrise and Sunset struggle with lighting in the first screenshot in this section. Overall, Criterion has done an excellent job restoring the first two Before films, and it seems as if they have used the same 2K master that Sony released previously for Before Midnight. All three look great in 1080p, and the clean up job on the first two films is a huge improvement over the previously available DVD copies.

There are two different audio tracks available with this release: a DTS-HD Master Audio 2.0 track for Before Sunset, and DTS-HD Master Audio 5.1 tracks for Before Sunrise and Before Midnight. The 2.0 track on Sunset is subtle but effective, as the film is essentially a 101 minute conversation between two new lovers, and there is a limited amount of surround work that would have even been available on a 5.1 track. Sunset was made cheaply, and thus everything is simple, from video to audio, but that is part of what makes it such a beloved film. Both of the DTS-HD Master Audio 5.1 tracks on Sunrise and Midnight are effective as well, but unimpressive. The score sounds great, and of course the dialogue is excellent, which is such an integral part of the experience, but there really isn’t much to be said for the additional channels. Things certainly sound better and more balanced on a 5.1 track when compared to a 2.0 track, but I honestly think that any of the three films could be effective on a simple stereo setup or a high-end soundbar. I don’t recommend these lesser options, as a full 5.1 system will still give you added depth, but you could get away with it. Again, and I stress this often, make sure your center channel is your strongest speaker, especially for these dialogue-driven films. 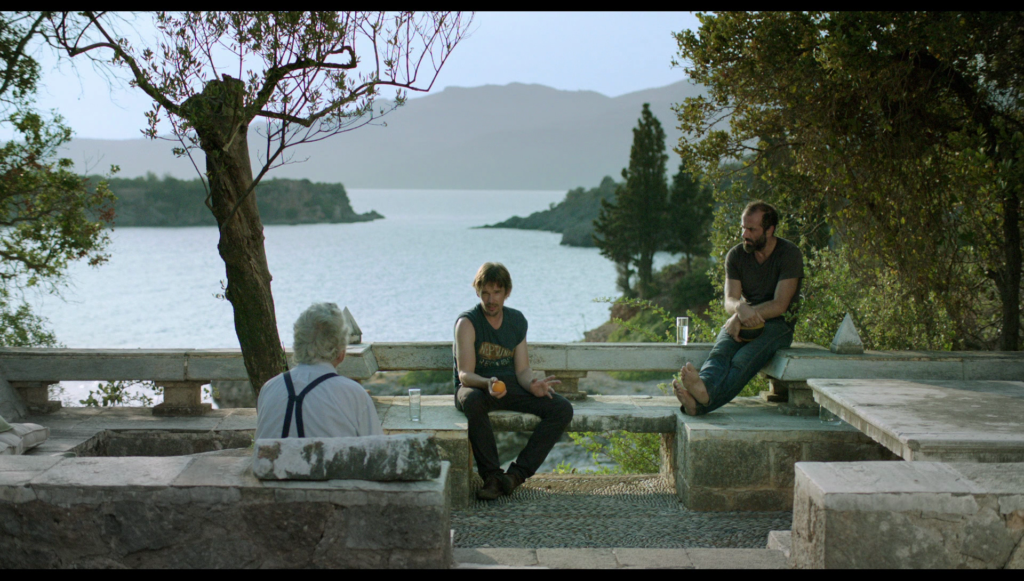 The Before Trilogy comes to Blu-ray in a high-end Criterion digipack, with beautiful art work on the box, and equally excellent artwork on each of the individual releases, which are packed in cardboard foldouts with a single Blu-ray disc in each. There is a booklet that talks about the films and the restoration that is included in the cardboard foldout for Before Sunrise. 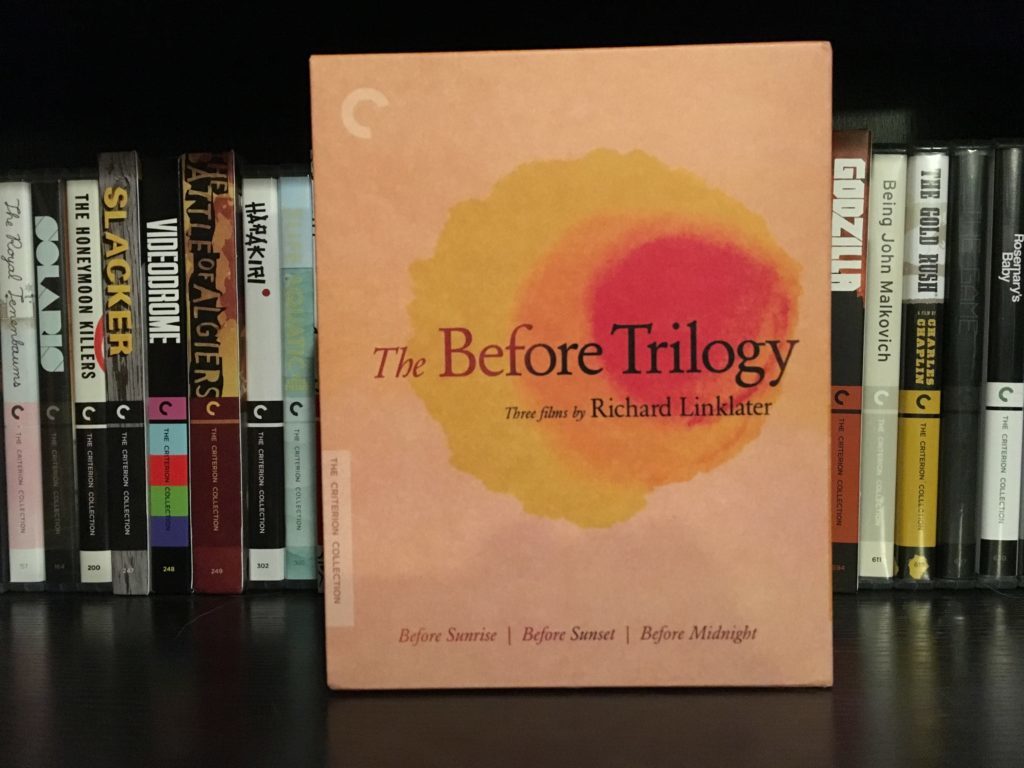 In total, you get three Blu-ray discs, one for each film with special features included, and the booklet, which includes an essay by film critic Dennis Lim. The set is simplistic and minimalist in style, which is perfect, as it mimics the style of the films. It is definitely one of the nicest box sets available from the Criterion Collection, right up there with Zatoichi, The Del Toro Trilogia, and The Hitchcock Collection. 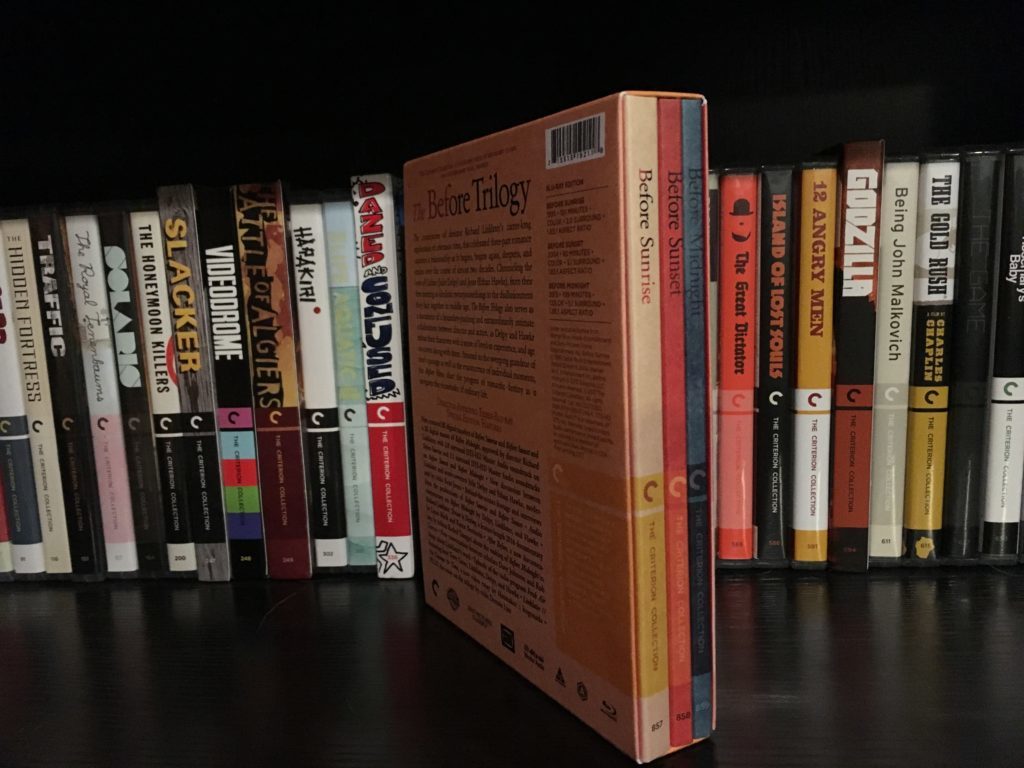 As for special features, all three discs are loaded with them, so I will give a breakdown disc by disc of what is included. Features range from interviews and behind the scenes snippets, to a full length PBS-produced documentary on Richard Linklater, all presented in either 1080i or 1080p HD. As you will see, The Before Trilogy is an impressive Blu-ray release from a features standpoint as well, hence the perfect score. 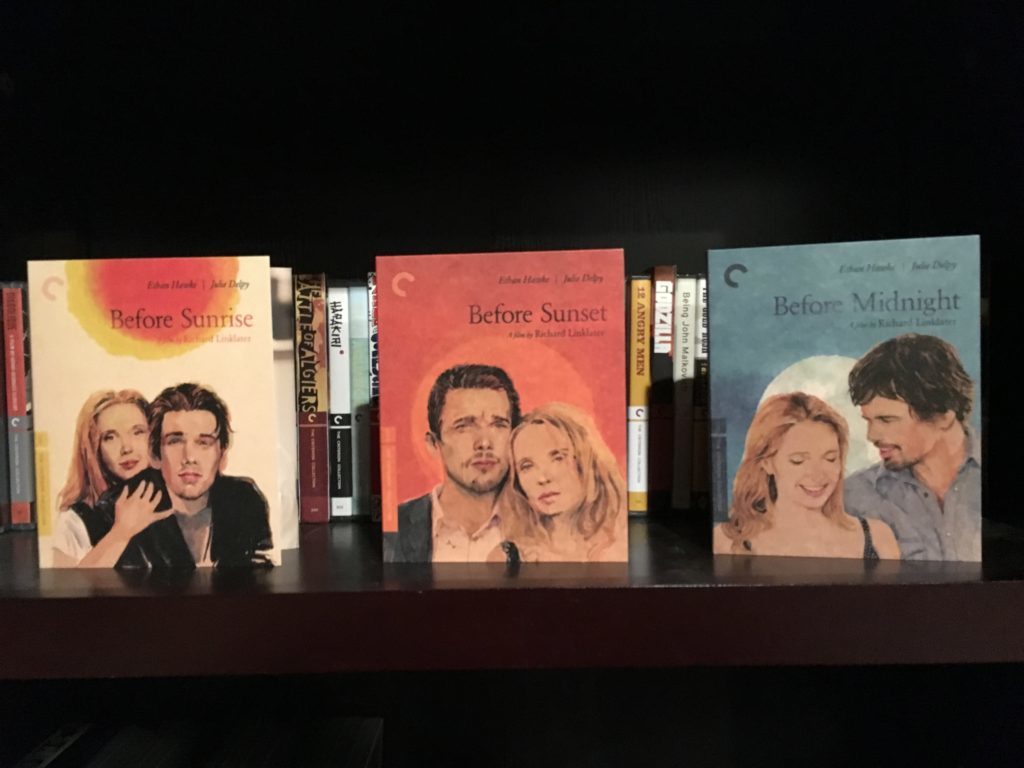 An excellent box set certainly deserves an equally impressive set of features, and the Criterion Collection has delivered again with these incredible additions to the films.

Video (all three films the same) 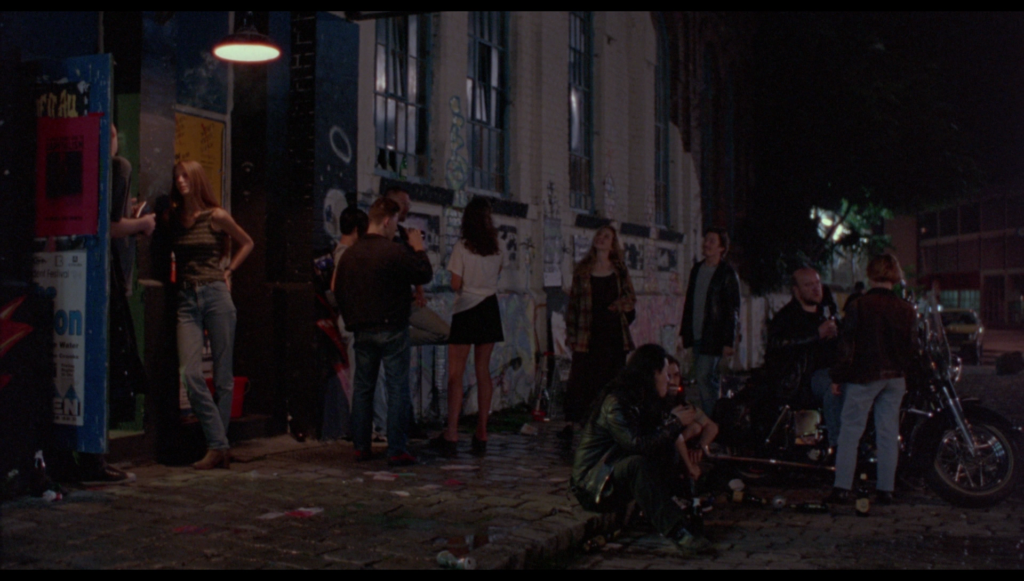 What more can be said about this set; it is damn near perfection. The packaging is beautiful and study, the audio and visual merits are strong, and the films are of course excellent. The bonus features add to the experience, with hours of extra footage, allowing you to get lost in the story of Celine and Jesse all over again. This set looks fantastic on a shelf, and will surely be a centerpiece of many collections.  You can grab The Before Trilogy on Amazon, available now, or find it on the Criterion website, as well as at retail stores, although stock is likely limited to places like Barnes and Noble. I highly recommend grabbing this set whenever you get a chance, and if you can work the 50% off sales to your benefit, that is even better. This is simply a must-own Blu-ray release, and another excellent addition to the Criterion Collection.