Grab your Kangols, Hammer Pants, boombox, Nikes, and a flat cardboard box and sit down and enjoy Beat Street, presented in a new HD transfer from Olive Films.

Beat Street was before it’s time, and it never got the respect or recognition it probably deserved. A hip-hop comedy/drama that was released in 1984 was made for an America that was not ready for such a film. Today, we get movies like Straight Outta Compton, 8 Mile, Notorious, Get Rich or Die Tryin’, and Step Up which embrace urban culture and music and do well at the box office and in popular culture. However, Beat Street was released 7 years before Boyz n the Hood (1991), and 11 years before Friday (1995), two movies which brought hip-hop culture and urban life to the forefront of cinema. 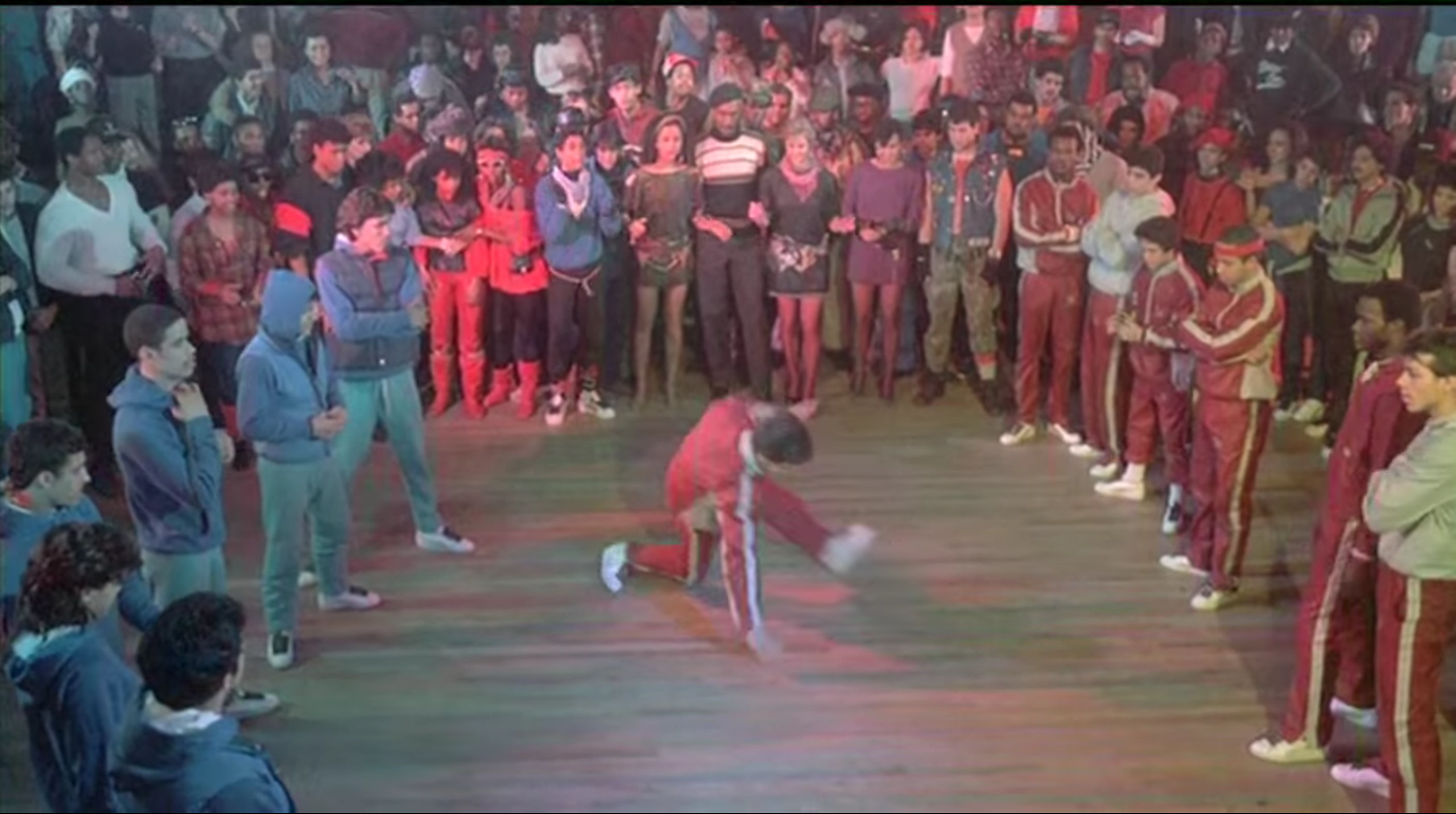 Beat Street follows a group of young urban hip-hop enthusiasts who enjoy dancing, breaking, rapping, and DJing in underground clubs and abandoned warehouses of the Bronx. In an effort to break into the mainstream hip-hop game, they meet up with a well-known choreographer and composer from New York City College who works with them to achieve their dreams and break into show business.

Like many hip-hop/urban films that followed Beat Street the basic theme is centered around trying to break out of a bad situation and a tough neighborhood and make it big. That isn’t the reason you would watch Beat Street though, You would watch for the hilarious 80s attitudes, outfits, and the excellent music. It is an interesting time because hip-hop was not gold chains, baggy jeans, and guns at this point. It was denim jackets and track suits, spraypaint was the only weapon anyone carried, and the pants were as tight as the rhymes. How far we have come since then, and how funny it is to watch popular culture and hip-hop revert back to many of these same styles today once again. We have come full circle.

At the time, this music was fairly new and unheard of anywhere outside of the major cities. Hip-hop had not made it to the suburbs yet, Bon Jovi was too busy keeping them occupied. To look back on it now, this truly was one of the first films to feature hip-hop music, breakdancing, and urban culture on screen. Featuring music and cameos from Afrika Bambaata, Grand Master Melle Mel, and many other important hip-hop pioneers, Beat Street never disappoints,

This is a film that certainly inspired filmmakers like Spike Lee, F. Gary Gray, and John Singleton to create their signature films in the 1990s. For that reason, this is a seminal film in the “Urban” genre, and I believe it is somewhat of a modern classic for the genre as well. Overlooked and unheard of by many, Olive Films has done us as all a service bringing Beat Street back. I enjoyed it very much, and I would recommend it to anyone.

The picture quality was above average for a film from this time period. It is certainly grain heavy, and you can tell that it was shot on film and had no digital noise reduction, but I appreciate that. Older movies should look old, they should not look like the perfect, glossy images we get today from digital cameras. In fact, I would have given this a lower score had the grain been missing, because it would not have been a true representation of the film in its original form. 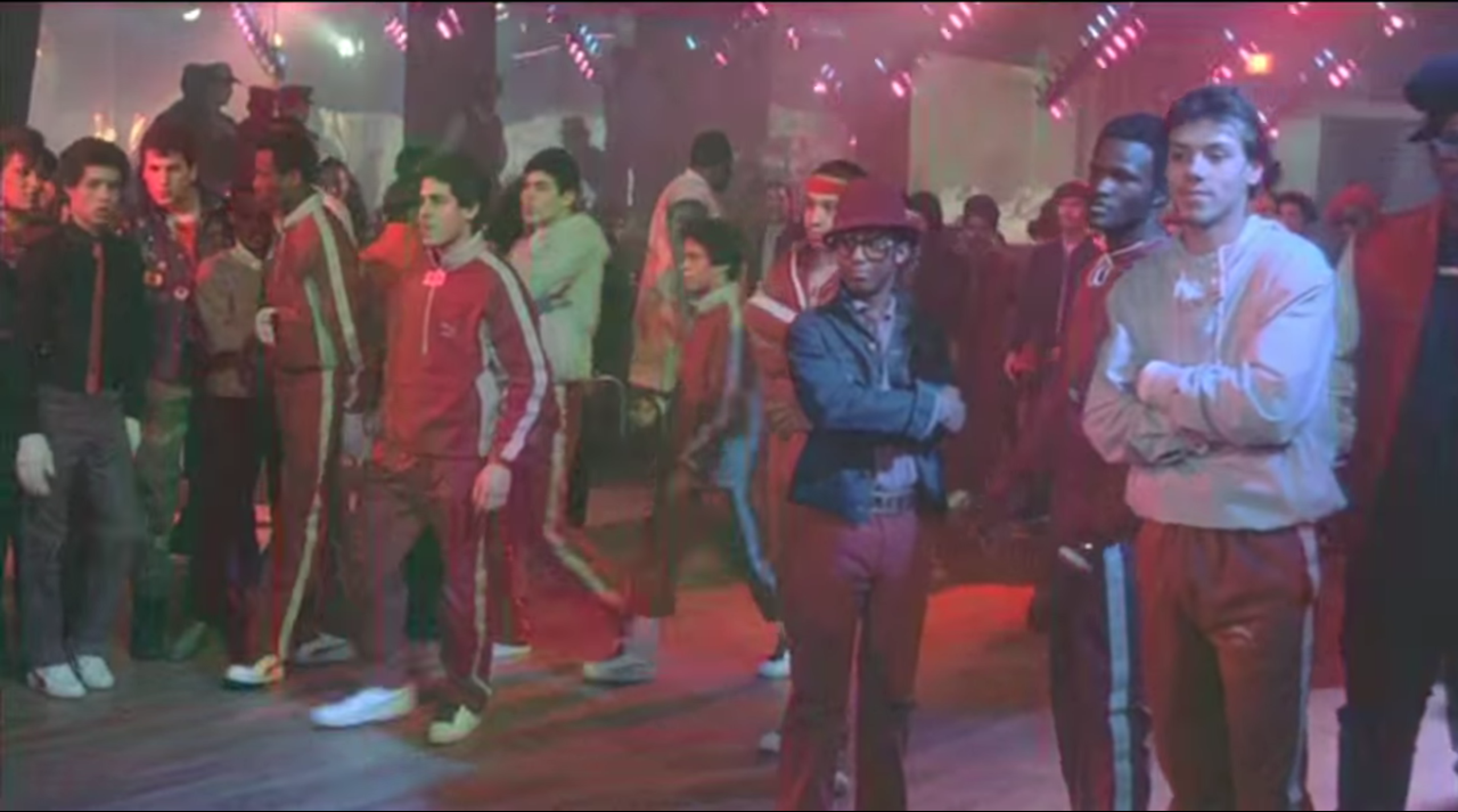 That being said, this is still an extremely smooth transfer, and the grain is really only present and noticeable in darker scenes. The colors are great, and all the vividly colored track suits and pants stand out on screen.

I will note that there are a good amount of artifacts in the presentation. Some show as black marks, and some as white. It is all a product of transferring and older film that probably did not have a greatly preserved transfer like some more popular movies. I do not mind artifacts like this in my movies because it simply shows age and feels authentic, but it is worth mentioning.

Beat Street does not come with Dolby Atmos, DTS-HD, or even a 5.1 track. Without any information on the disc online or on the case itself, I cannot be 100% sure which company serviced the audio for this release, but I do know that it is a 2.1 track, meaning it only makes use of the left and right speakers and subwoofer in a typical 5.1 system. 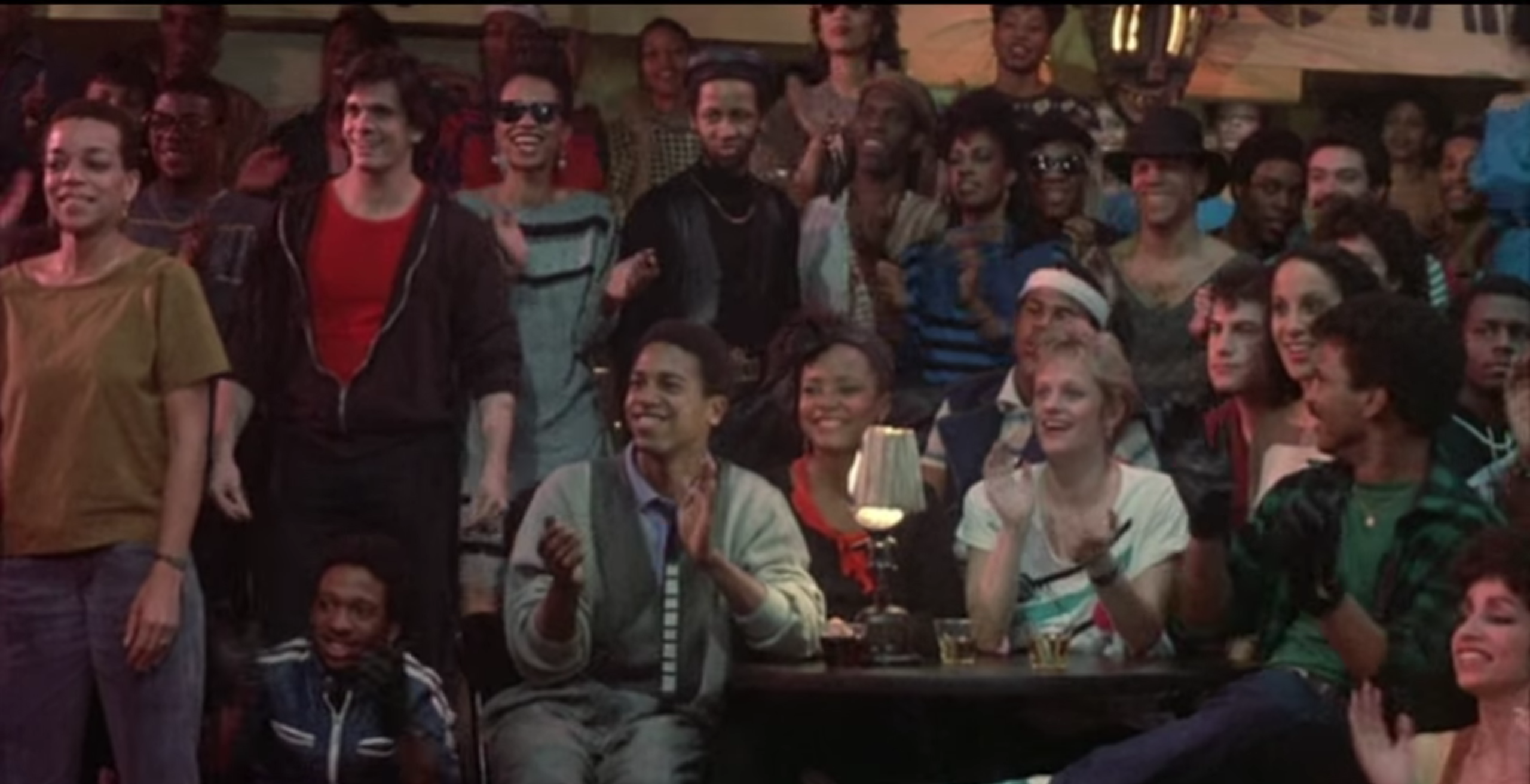 However, please do not let this take away from what is the best part of Beat Street which is its amazing soundtrack and excellent audio mix. Since most music is transmitted historically via a stereo (2.1) mix, the 2.1 mix for Beat Street is perfect because it is music-heavy. Dialogue and action comes secondary to dancing, DJing, and rapping, so there is no real need for a massive 5.1 track with this release.

I take a half point for not making use of the center speaker to help with dialogue and providing a better overall mix for the scenes which do not feature heavy music, but it still does come through fairly well even on a 2.1 track.

The packaging for Beat Street is very basic, coming in a standard Blu-ray case with some nice cover artwork. 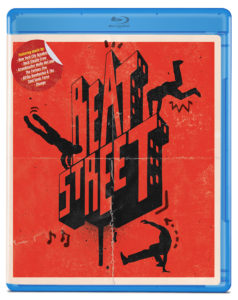 Special Features consist of only a theatrical trailer, so do not buy this release expecting any behind the scenes looks, commentaries, or short documentary pieces. It would have been nice to have these, especially featuring some of the musicians involved in the project, but I am sure there were limitations or financial reasons for the absence of them.

Beat Street is a great movie for music fans, but if you are not into music and the urban hip-hop scene of the 1980s it may not be the best choice for you. Personally, I enjoyed it and found it fascinating considering I had never heard of the film prior to receiving it. I would recommend it to anyone interested in this genre.