Beast is a 2017 British psychological thriller film that was written and directed by Michael Pearce, and stars Jessie Buckley, Johnny Flynn, and Geraldine James.

Following the story of a trouble woman who is living in an isolated community as she finds herself being pulled between the control of her oppressive family and the allure of a secretive outsider that’s been suspected of a series of brutal murders.

The film had its world premiere in the Platform section of the 2017 Toronto International Film Festival. According to the review aggregator website, Rotten Tomatoes, the film has an overall approval rating of 92% based on the 61 reviews that have been submitted, with an average rating of 7.4/10. The website’s critical consensus reads, “Beast plays like bleak poetry, unfurling its psychological thrills while guided by its captivating leads and mesmerizing, visceral visuals.” 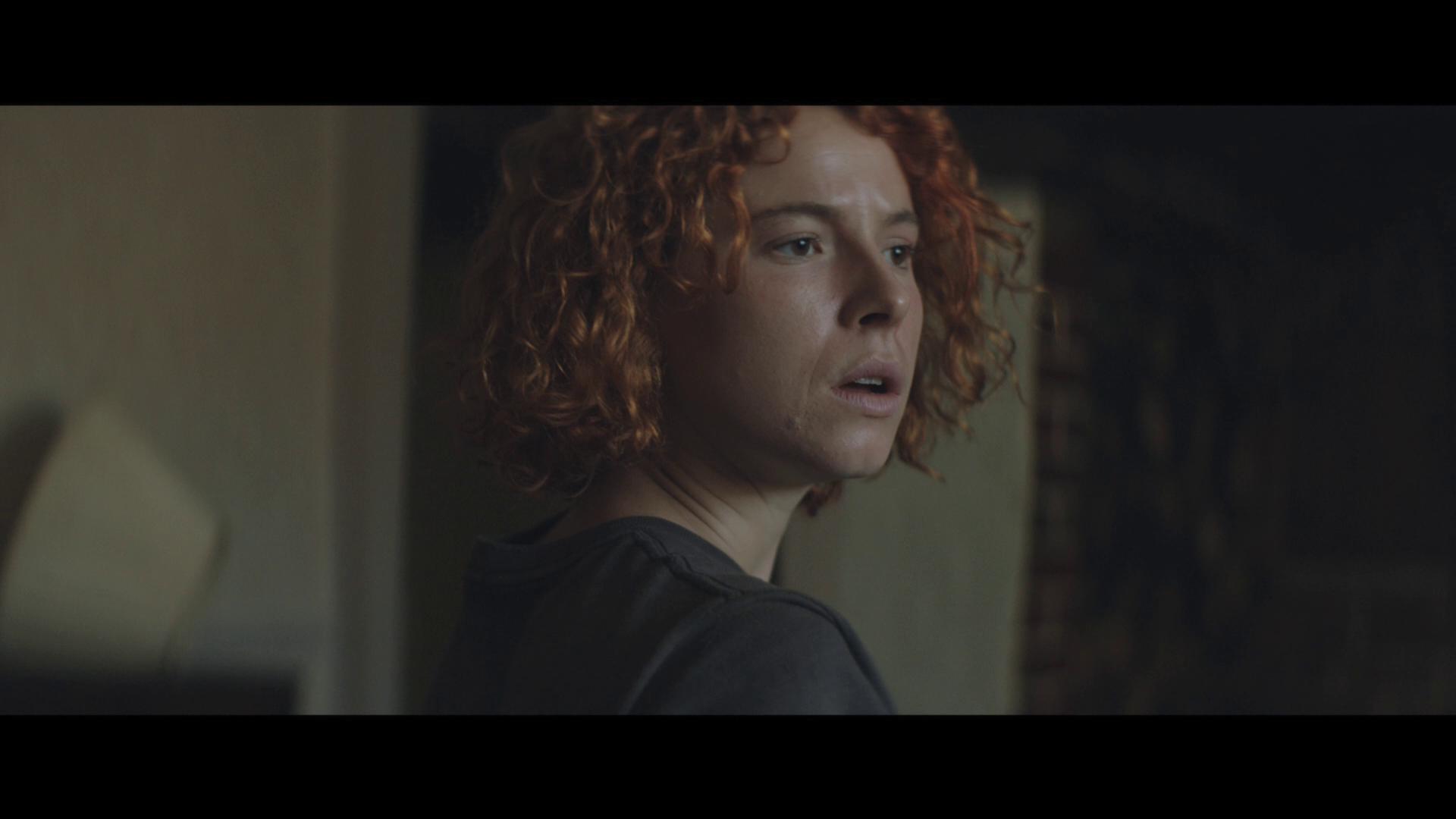 Beast is a movie that gives its viewers a very jagged, but memorable experience that takes us through the ventures of the young female lead as she offers her heart, hear soul, her absolute everything to the dark livelihood of the homicidal maniac that’s played by Buckley. Completely destroying the expectations that my wife and I had with this film, we found that the movie as a whole was edgy, visually impressive, and very well put together, for the most part. The only problem we had was with the overall pacing as it felt to be a little on the slow side. But, other than that, this movie offers an experience that hasn’t been seen since the 1973 classic Badlands. 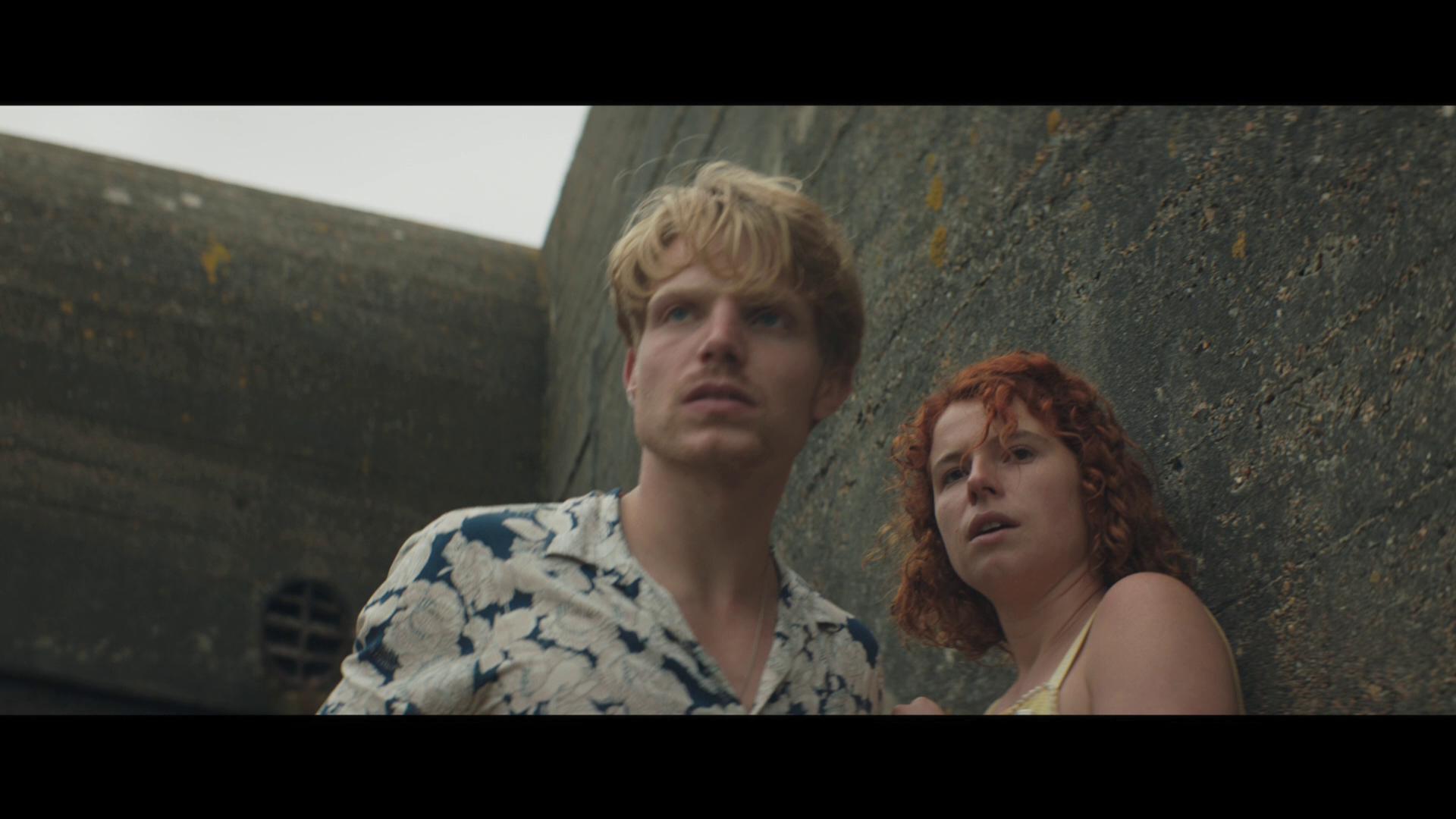 Overall, Beast looked absolutely fantastic as it played out across my living room television.  Providing audiences with a clean, and clear visual representation of not only the emotional tie-in between Hilary and Moll, but a distinct visual presentation of the details and general investigation into the brutal murders that seem to be going on.  Unfortunately, there really weren’t any scenes that looked better than the others; but, this movie was visually stunning and should be experienced by anybody who has a slight interest in it. 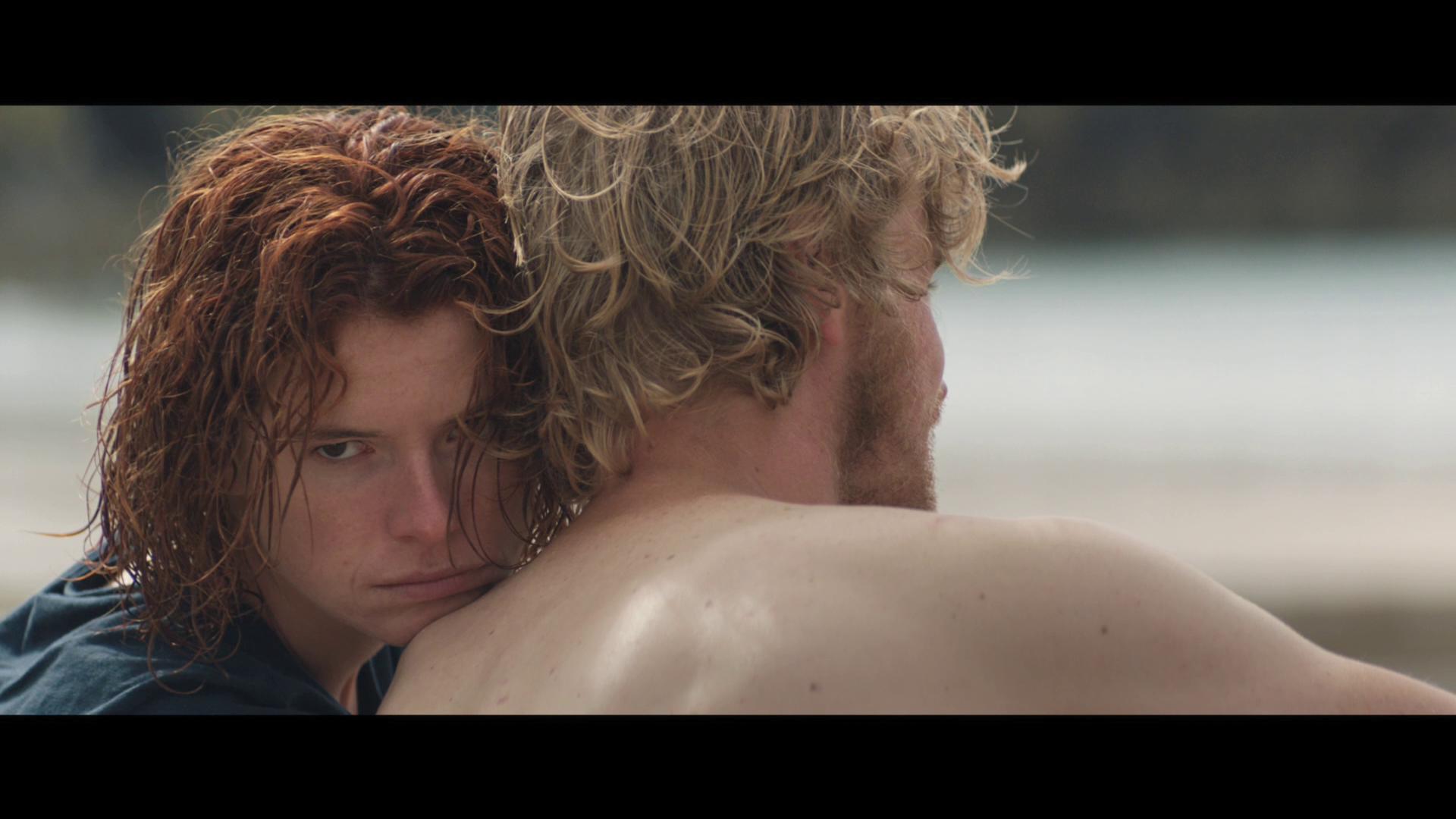 Packaged with a DTS-HD Master Audio 5.1 mix, the Blu-ray release of Beast offers a really clean audible experience as its viewers are able to make use of the technology behind the track with their home theater system.  Normally, I would show some distaste for the lack of the surround channels and general lack of immersion.  However, this movie doesn’t necessarily call for the inclusion of those channels, and offers a really powerful experience for those channels that are utilized.  The transitions between the channels, and the overall recognization of the position of the audience was smooth, and the dialogue was presented cleanly, allowing for everything to be heard without having to manually adjust the volume levels as it progressed. 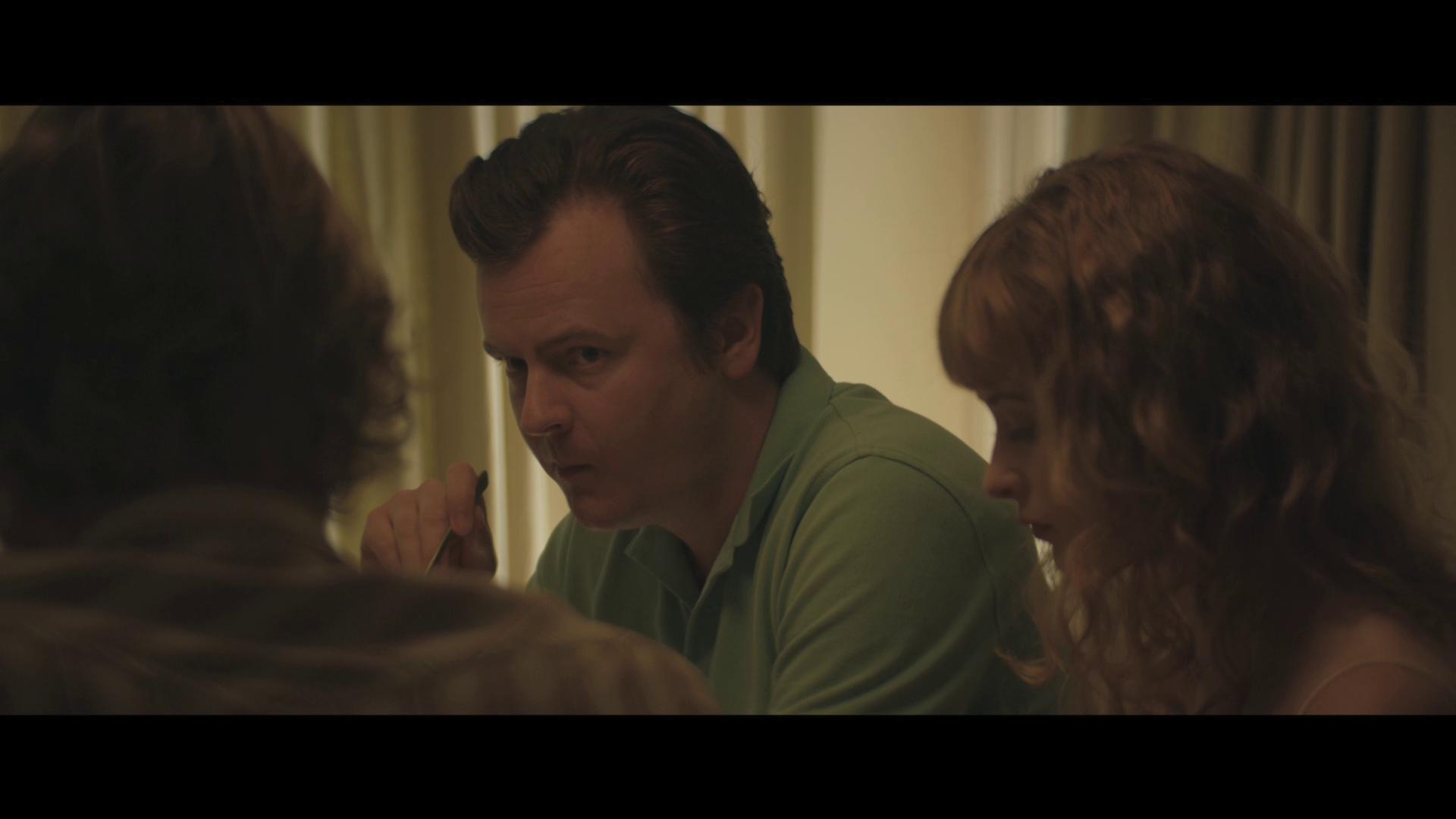 The Blu-ray release of Beast comes packaged in your standard single-disc Blu-ray amaray case.  Within that case is the standard Blu-ray copy of the movie, the disc featuring absolutely no artwork that’s related to the movie outside of the standard release text and generic blue background.  There are no DVD copies of the movie included with this release; but, there is a digital copy redemption pamphlet that has been included for the various streaming platforms.  A slipcover has been made available during the original pressing of the release that features the same artwork that’s been made available on the case art.  The “Certified Fresh” logo on the front is printed on this release, and cannot be removed. 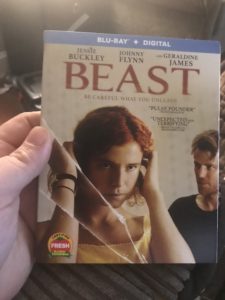 There are a few additional features that have been included with Beast.  Unfortunately, the content is considerably minimal, and offers very little in terms of the work that went into making the movie or any kind of extended look at the storyline.  While what has been provided is definitely appreciated, there really should have been much more detail provided if they were only going to include a couple of features.  Included with this release is: 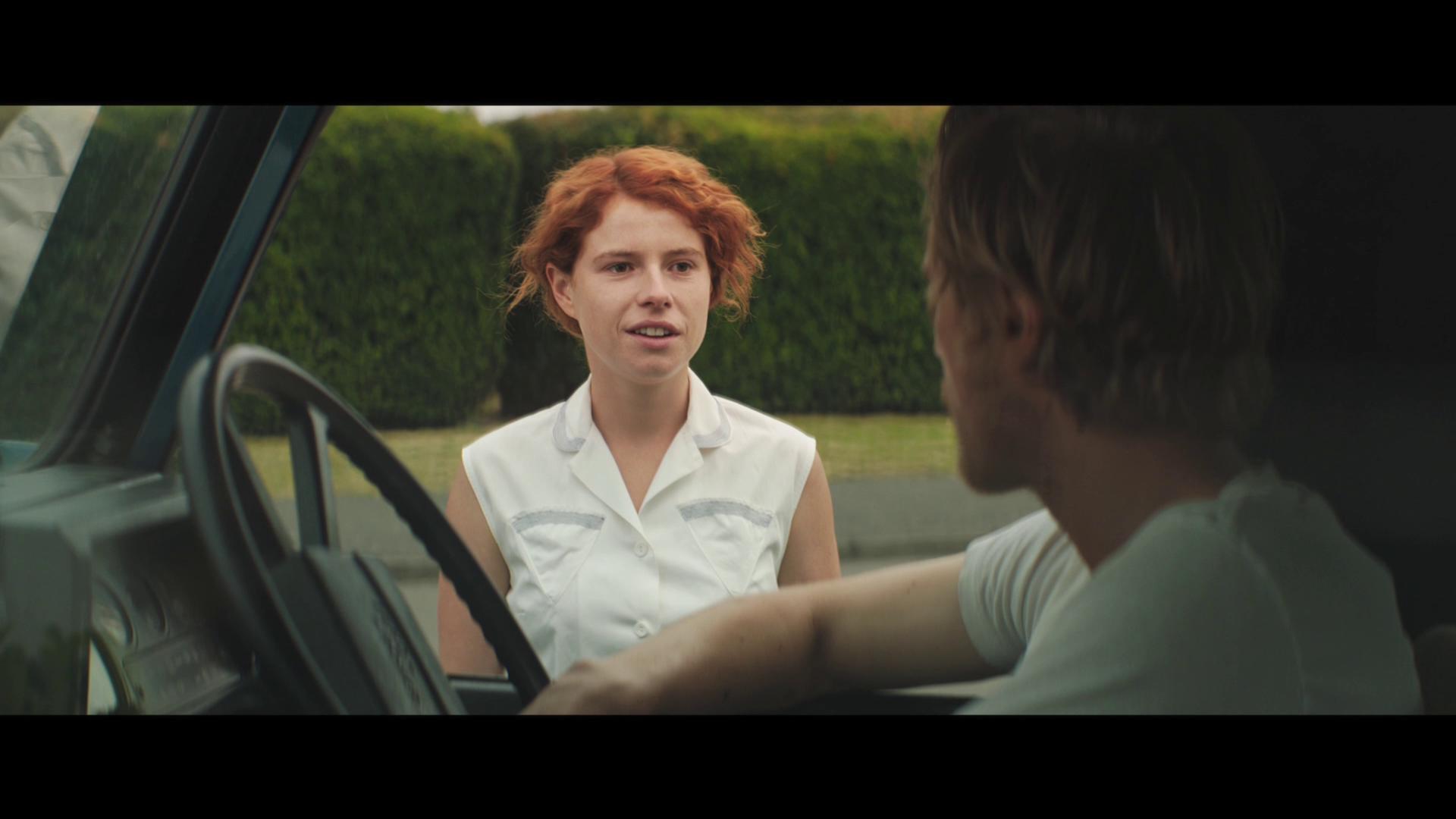 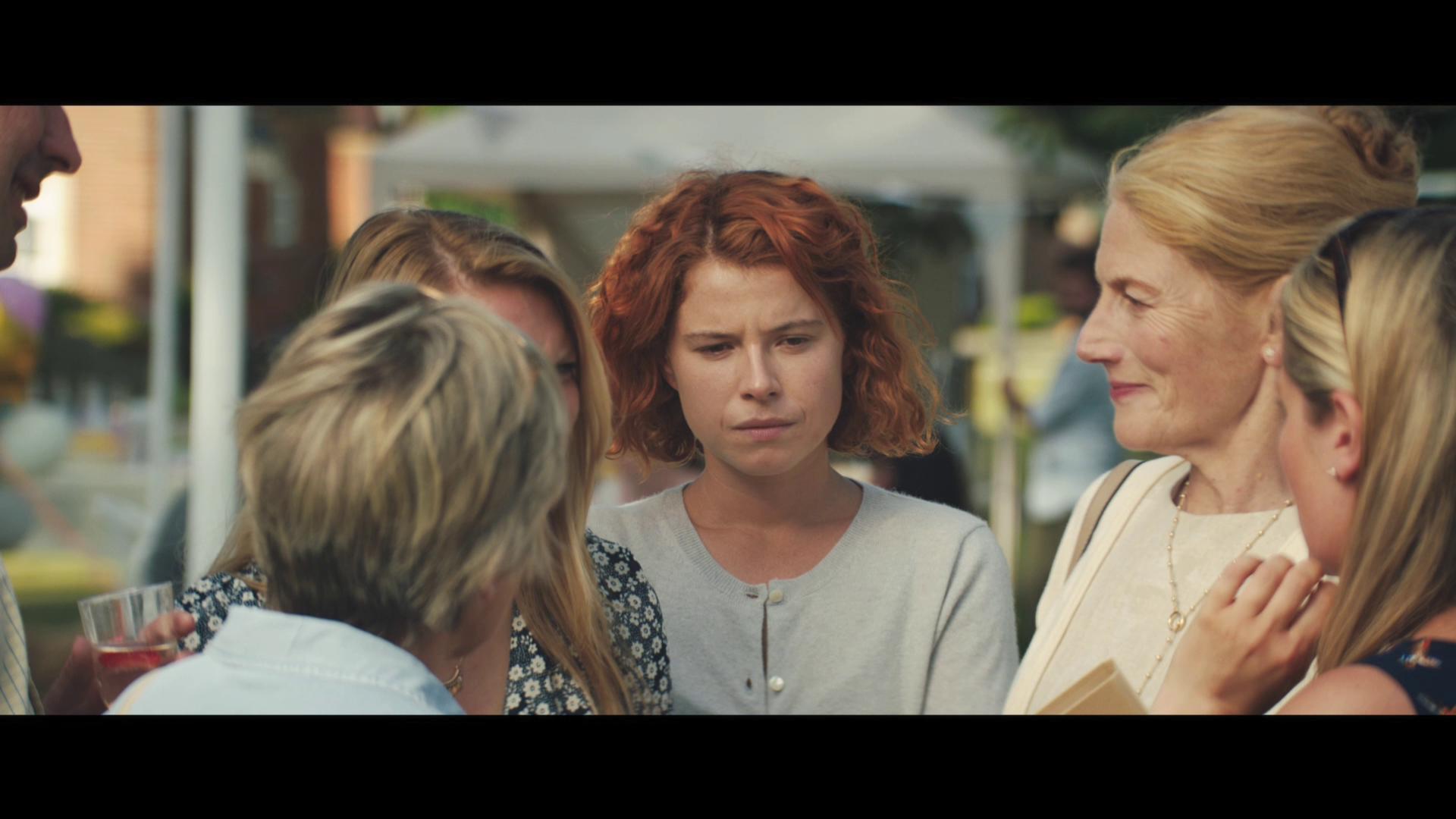 Overall, both my wife and I found Beast to be an enjoyable experience.  Sure, the pacing was a little slow, and at times offered some discomfort with what was happening on screen, welcoming distractions.  But, as a whole, the movie was pretty intensive.  The visuals of the Blu-ray release were pretty stunning, and a really unique experience that I know I haven’t seen in quite some time.  The audio track, despite its lack of use of the surround channels, was excellently produced, powerful, and offered a really clean experience that had no distortion in it whatsoever.  Special features are considerably lacking in this release, and should have had a lot more attention directed at them.  But, the content that was provided was “okay” and certainly appreciated.  If you’re considering grabbing this release for your collection, I would, without a doubt, recommend grabbing it on release day.  Beast will be available on Blu-ray and DVD beginning on Tuesday, September 4, 2018. 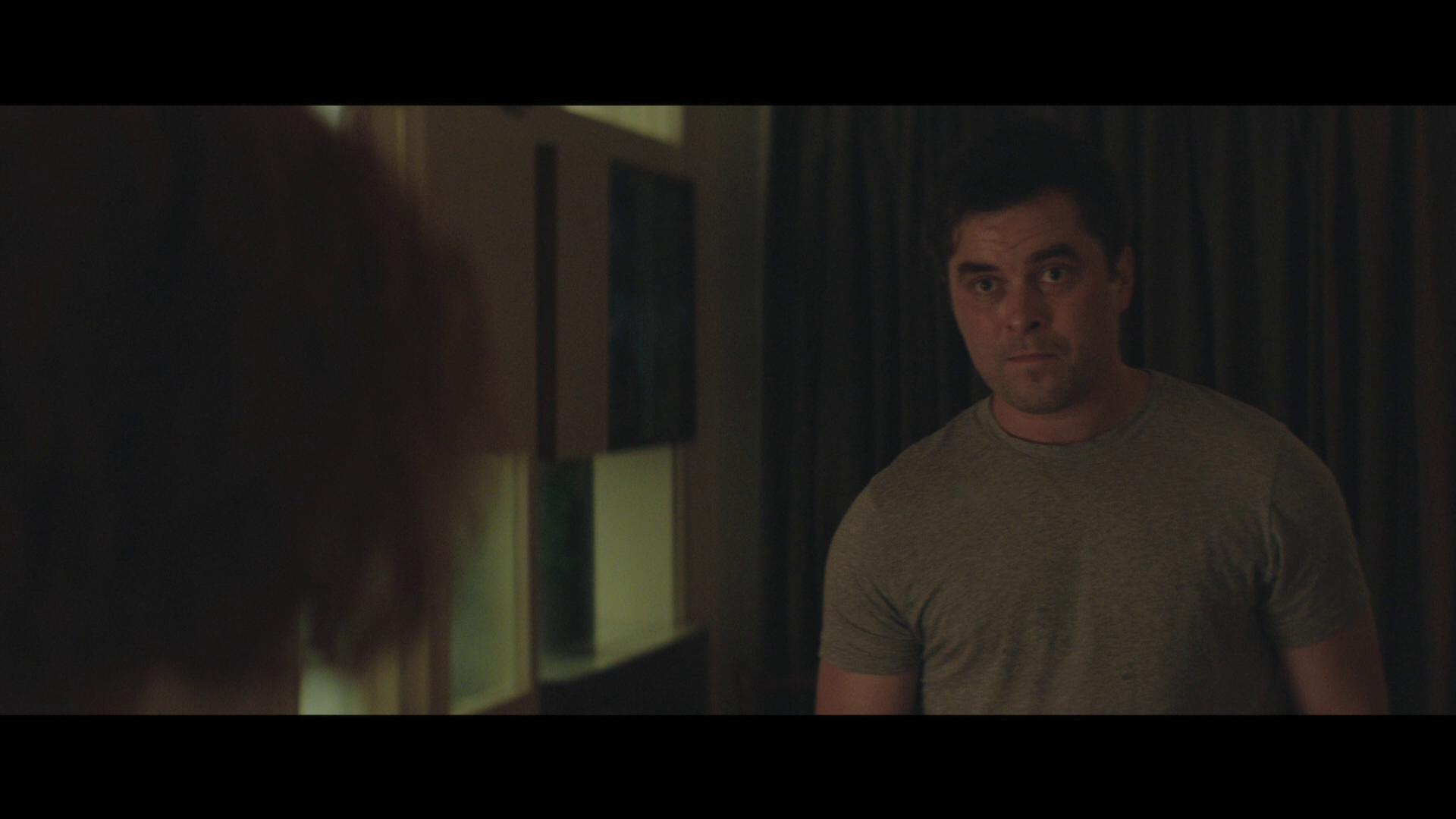