Batman & Robin is a 1997 American superhero film based on the DC Comics characters Batman and Robin. It is the sequel to the 1995 film Batman Forever and the fourth and final installment of Warner Bros.’ initial Batman film series. The film was directed by Joel Schumacher and written by Akiva Goldsman. It stars George Clooney and Chris O’Donnell as the titular characters, alongside Arnold Schwarzenegger, Uma Thurman, Alicia Silverstone, Michael Gough, Pat Hingle, and Elle Macpherson. The film tells the story of Batman and Robin as they attempt to prevent Mr. Freeze and Poison Ivy from freezing all mankind to death and repopulating the earth with mutant plants, while at the same time struggling to keep their partnership together. It is also to date the only live-action film appearance of Batgirl, who helps the titular characters fight the villains.

Warner Bros. fast-tracked development for Batman & Robin following the box office success of Batman Forever. Schumacher and Goldsman conceived the storyline during pre-production on A Time to Kill, while Val Kilmer decided not to reprise the role over scheduling conflicts with The Saint. Schumacher had a strong interest in casting William Baldwin in Kilmer’s place before George Clooney won the role. Principal photography began in September 1996 and finished in January 1997, two weeks ahead of the shooting schedule.

Batman & Robin premiered in Los Angeles on June 12, 1997, and went into general release on June 20, 1997. Despite it performing moderately well at the box office, making $238.2 million worldwide against a production budget of $125 million, the film was a critical failure and is often considered to be one of the worst films of all time. It is also the lowest-grossing live-action Batman film to date. Due to the film’s negative reception, Warner Bros. cancelled a sequel, Batman Unchained, and rebooted the film series with Batman Begins in 2005. One of the songs recorded for the film, “The End Is the Beginning Is the End” by The Smashing Pumpkins, won a Grammy Award for Best Hard Rock Performance at the 40th Annual Grammy Awards. 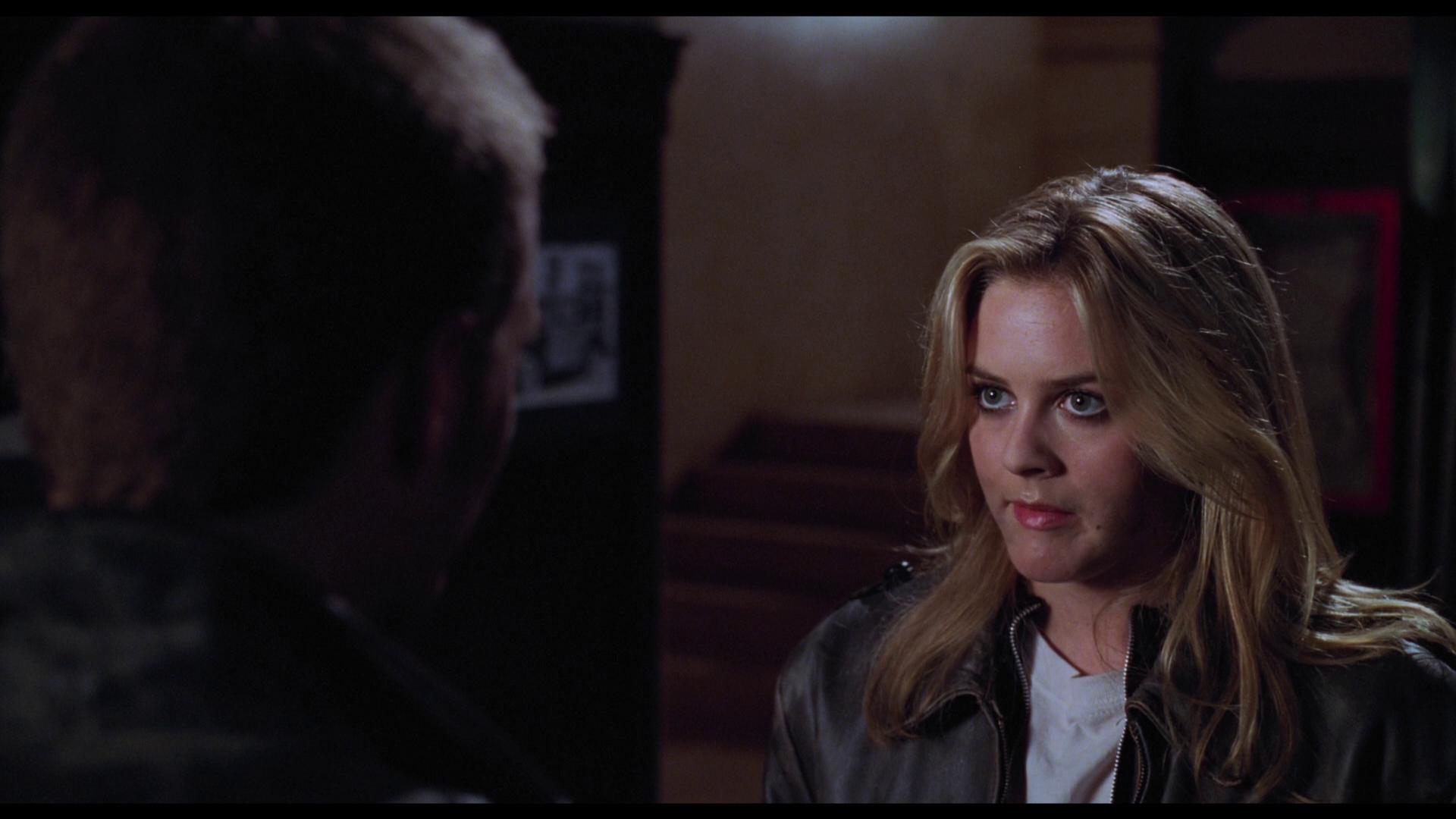 Taking things into a much more goofier tone, Batman & Robin adds a good amount more off-the-wall craziness to Gotham City. With the lack of a deep or dark storyline, the folks at Warner Bros were obviously more concerned with the marketing schemes at trying to promote the film to younger audiences, that it strayed away from the ultimate possibility of greatness. I will say that the movie is fun, despite its awkward moments. The inclusion of Robin, Mr. Freeze, Batgirl and Poison Ivy made for a really nostalgic feeling with the animated series I grew up with, and my wife and I both had a semi-enjoyable time with the movie. 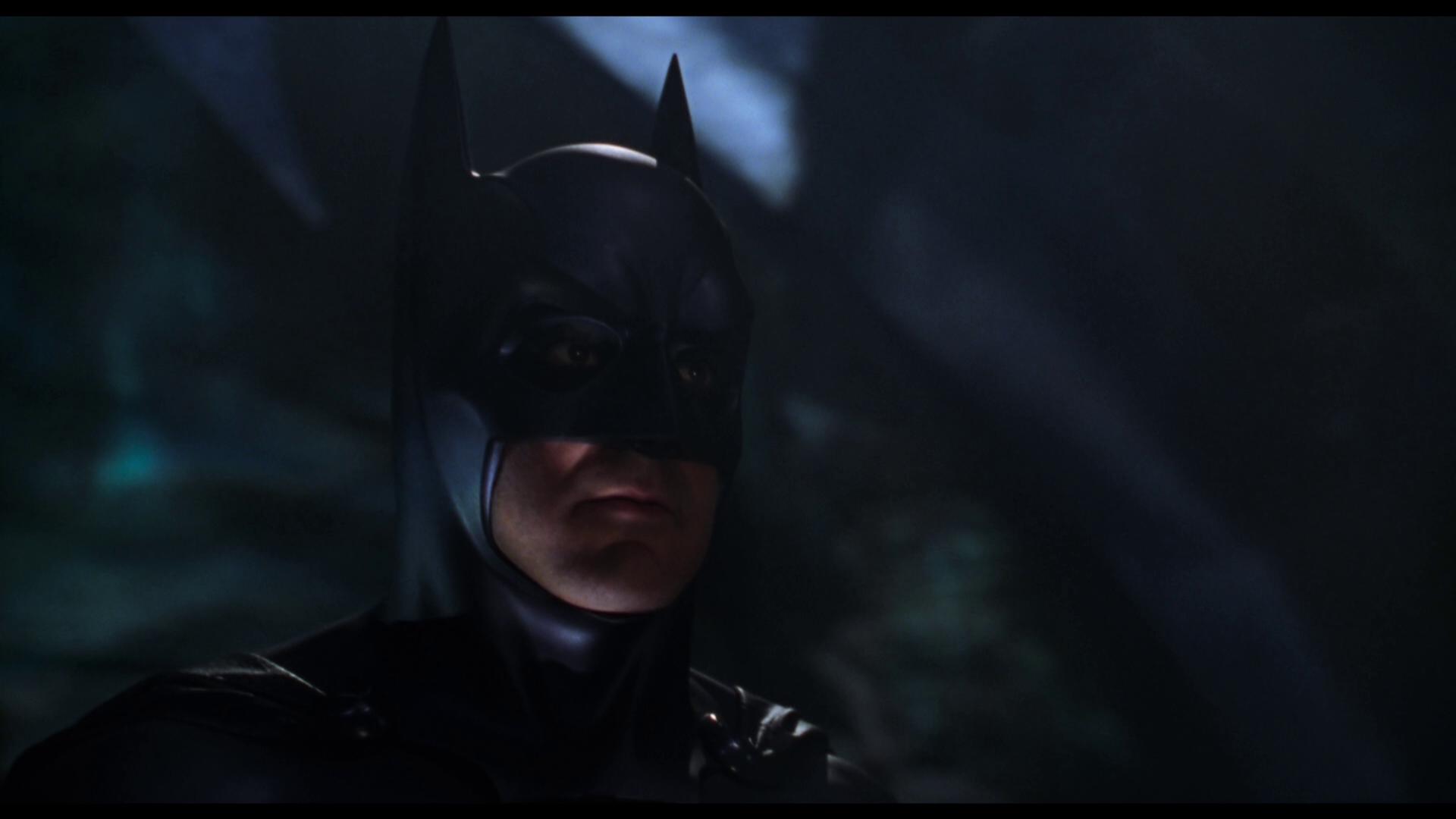 Just like the other three releases, this 4K UHD release of Batman & Robin packs an insanely clear and precise look into the character and the foes that he’s going to be facing off against. The colors are significantly deeper in this movie, and much more verbose. The faces and costumes are much more resolved, showing the finer details of things, like their pores really stand out with this release. Sure, things don’t look as nice as the Burton films, but the representation that Schumacher brought to the story is rightfully represented with this release and packs one hell of a visual punch. 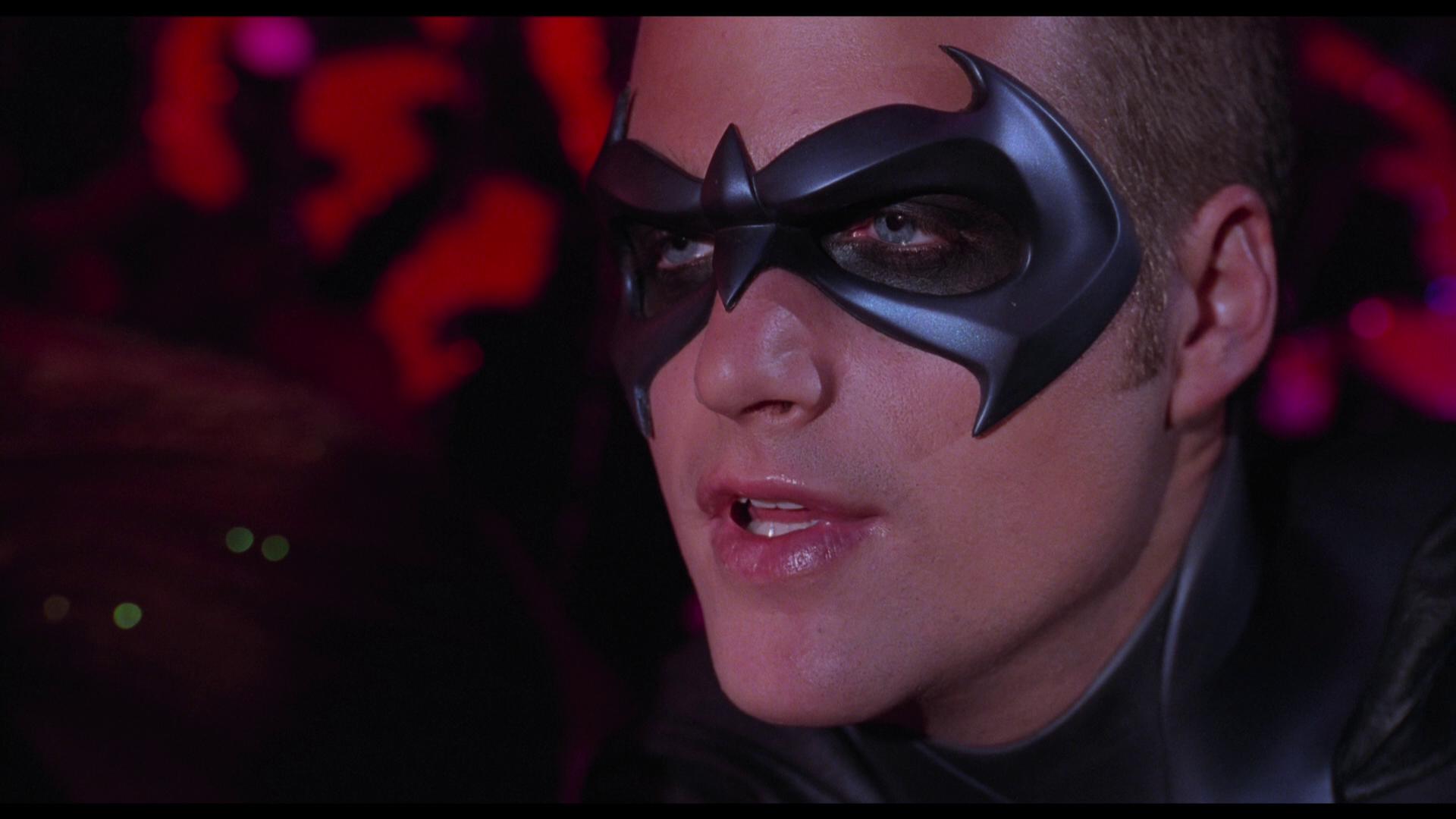 Featuring an all new and fresh Dolby Atmos audio track, the 4K UHD release of Batman & Robin backs an insanely built immersive experience if you’re setup to use Atmos at home. Even with the darker undertones the film has, the audio track boasts a very exciting experience that does a great job at balancing itself between all of the channels. The attention to detail to the finer elements like the sound of the motorcycles racing down the street, or the accompanying explosions that occur as an attack is being carried out on the city are much more refined and do a great job at adding emphasis to the seriousness of what’s happening. Lastly, the dialogue is spoken cleanly, and the characters are able to be heard and understood without any need to manually adjust the volume levels as it progresses onward.

The 4K UHD release of Batman & Robin comes packaged in the typical two-disc amaray case.  In that case, the standard 4K copy and Blu-ray copy of the movie, both discs featuring different pieces of artwork from each other.  There is a digital copy included, as well as a slipcover that’s been made available in the original pressing of the release with the same artwork that’s been provided on the case. 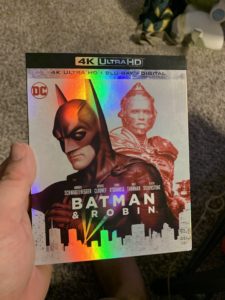 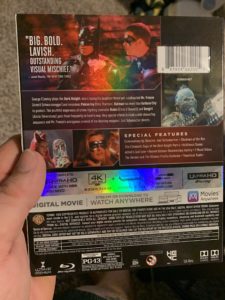 There are a few special features included with the 4K release of Batman & Robin. The included UHD disc only contains the optional audio commentary with Tim Burton, while all other additional content is made available on the Blu-ray disc. Included with this release is: 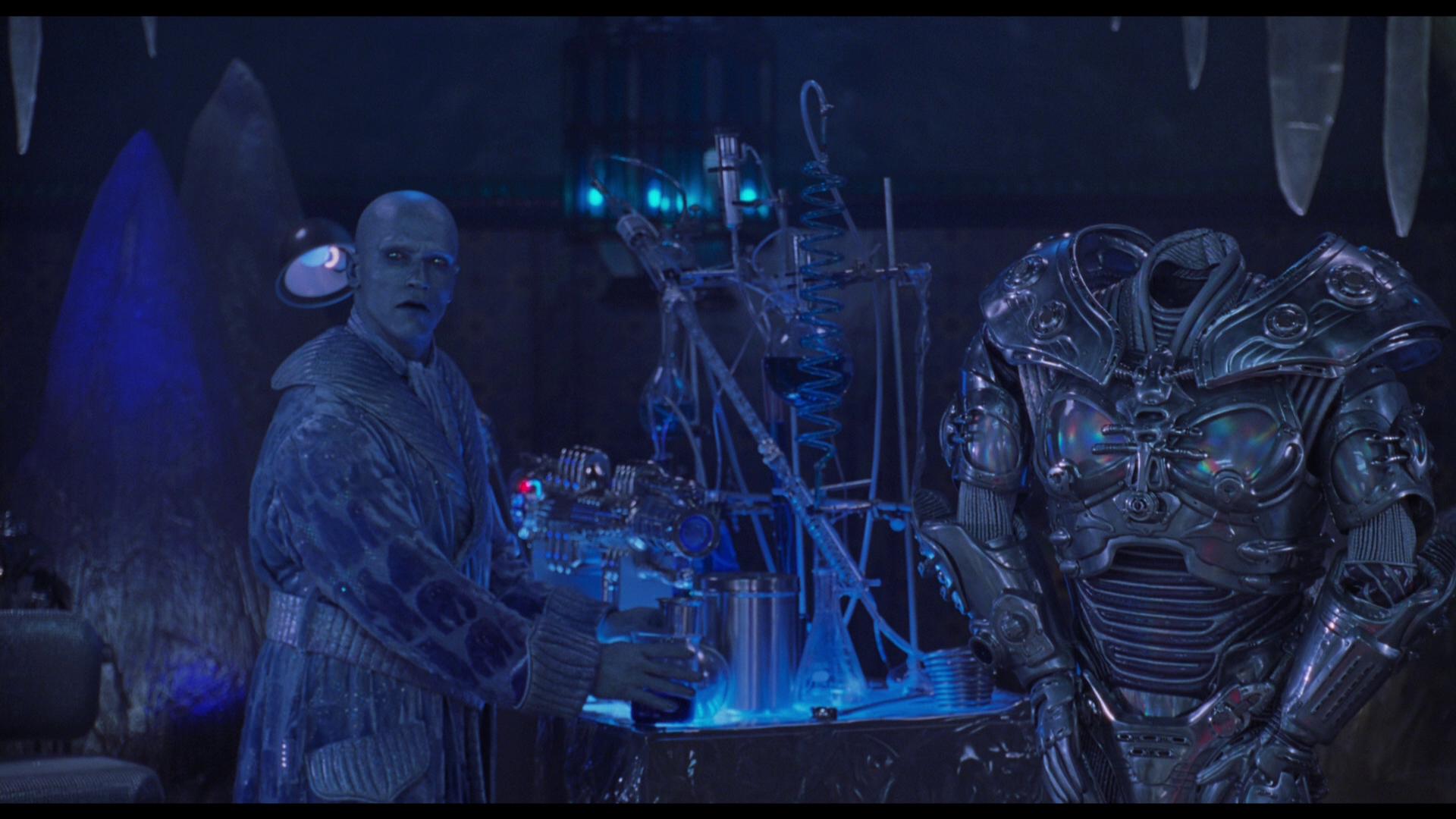 I was genuinely surprised to see that Batman & Robin was getting the 4K treatment, and was overly excited to see it arrive at my doorstep. The visual and audio presentation of this release were absolutely stellar, and one of the best I’ve seen for a catalog title like this. The special features were a nice thing to sit down to, and definitely welcomed as my wife and I watched along. If you’re considering this release for your collection, I would without a doubt recommend grabbing it, even if you’re upgrading from one of the previously released Blu-ray copies. Batman & Robin is available on 4K UHD today. 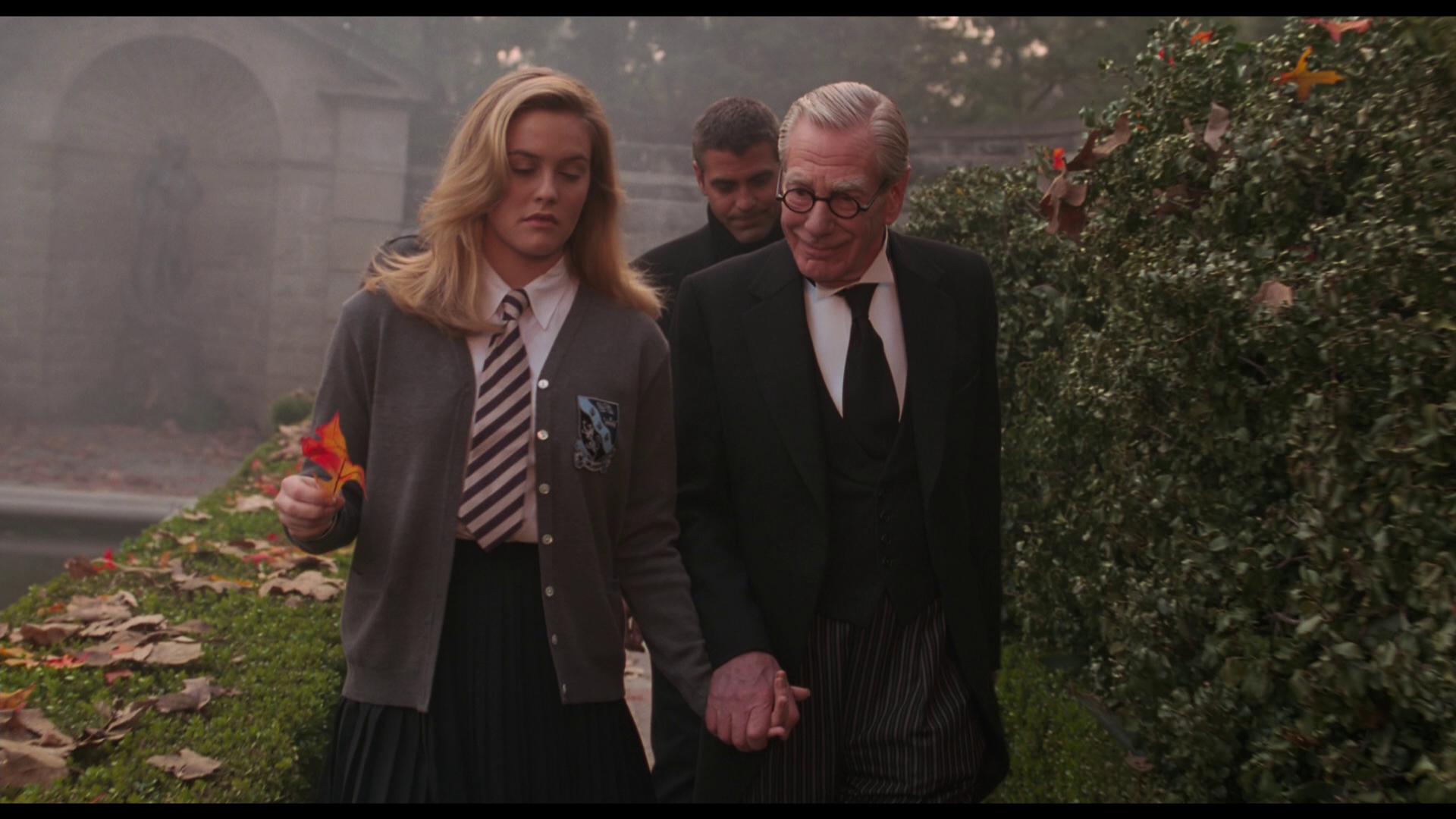