The film was written by Alan Burnett, Paul Dini, Martin Pasko, and Michael Reaves and stars the vocal talents of Kevin Conroy, Mark Hamill, and Effrem Zimbalist, Jr. (all reprising their roles from The Animated Series), in addition to Dana Delany, Hart Bochner, Stacy Keach, and Abe Vigoda. Its story follows Batman as he deals with his reconciliation with a former lover, Andrea Beaumont, and pits against a mysterious vigilante who is murdering Gotham City’s crime bosses. The film’s plot line was inspired by Mike W. Barr’s Batman: Year Two comic book story arc, but features an original antagonist, the titular Phantasm, in place of The Reaper.

Originally planned for a direct-to-video release, Warner Bros., ultimately decided to give Mask Of The Phantasm a theatrical release, condensing its production into a strenuous eight-month schedule. The film was released through the studio’s Family Entertainment division on December 25, 1993 to widespread acclaim from film critics, who praised the animation, voice performances, storyline and music. However, due to the decision to release it in theaters on short notice, Mask Of The Phantasm failed at the box office.

After its release on home video, the film has since developed a cult following. Its eventual success led to two direct-to-video sequels, Batman & Mr. Freeze: SubZero in 1997 and Mystery Of The Batwoman in 2003. Until the limited release of Batman: The Killing Joke in 2016, Mask Of The Phantasm was the only animated Batman film to be given a theatrical release. 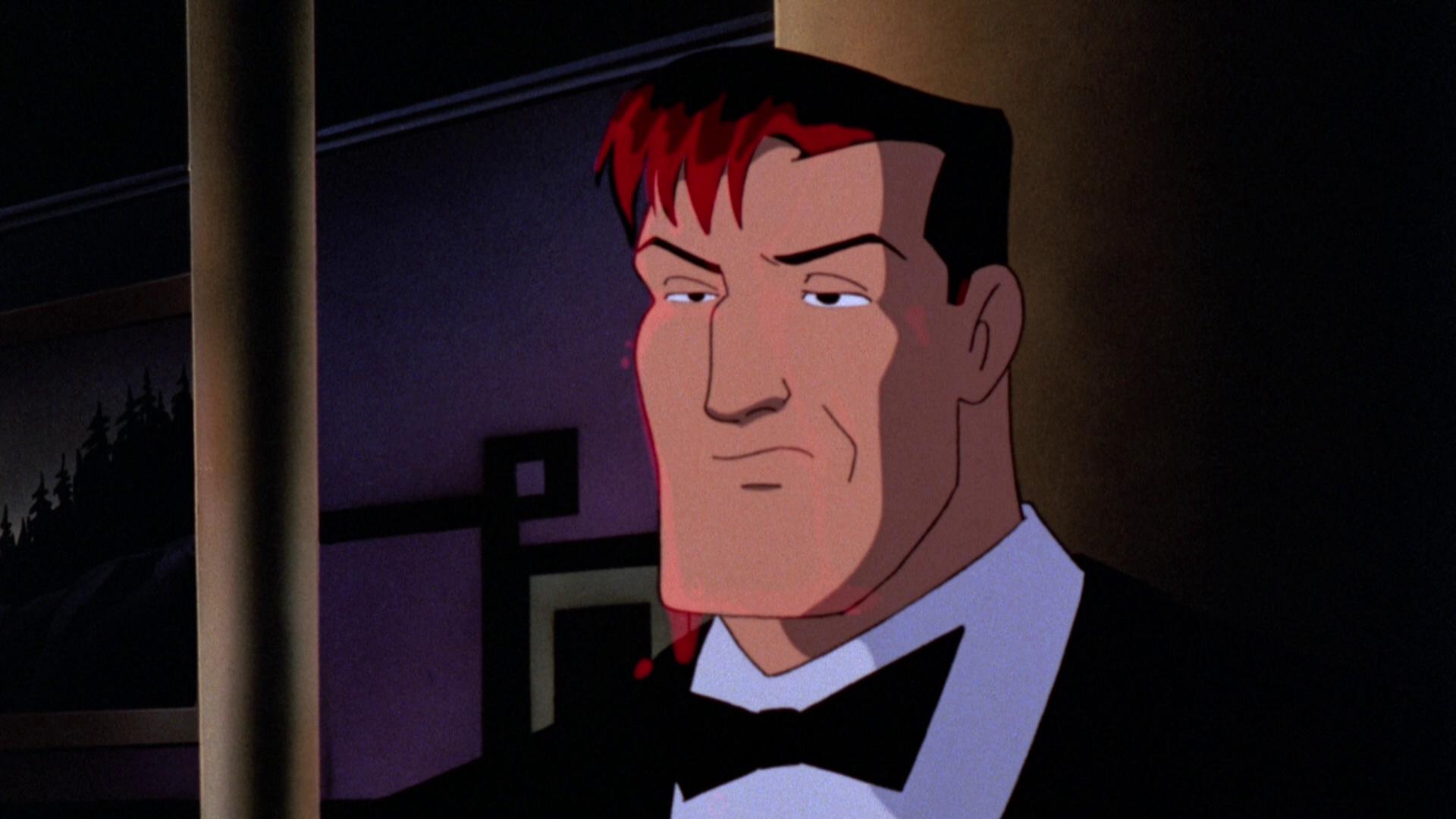 After deciding to expand my collection some and explore the DC animated features, I knew that I wanted to start off with Batman: Mask Of The Phantasm since it’s continuation of the animated series that I enjoyed as a child.  That said, with this movie, we’re given a much more brutal experience than we previously had as the violence that occurs feels a bit more realistic.  The story of this film is one that really takes itself seriously as there’s minimal direction geared toward the youth.  It does feel almost as if they aimed this movie toward those of us who grew up with the television series, only to be an older demographic; however, the animated series aired from 1992-1995 so it doesn’t really capture that aspect at all.  Overall, the story was pretty solidly done and does a really great job at maintaining itself throughout and offers minimal distraction away from what it had set out to tell. 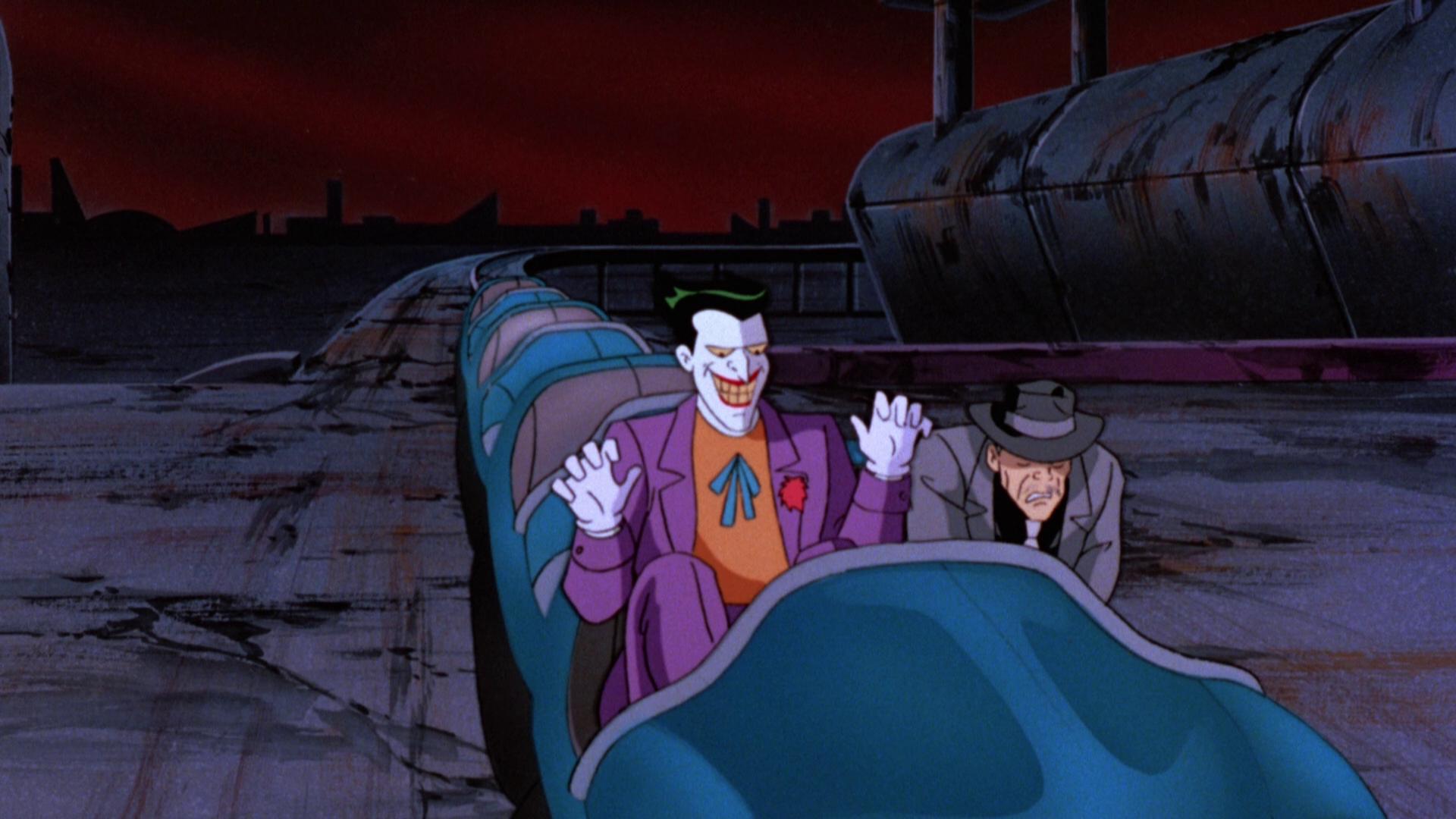 This Blu-ray release of Batman: Mask Of The Phantasm looked absolutely beautiful as it played out across my living room television.  Offering a completely remastered visual experience for those who are familiar with the visual styles of the animated series or even the film as it was originally released, this release gives audiences an extremely crisp and clean picture that allows them to truly appreciate the work that the animation team put into the creation and running of the show and its accompanying films.  With this remastered image, the colors really stand out and offer a sometimes dark, yet bright and distinguishable look into Gotham City and these latest ventures of the hero we need.

Packaged with an English DTS-HD Master Audio 2.0 track, Batman: Mask Of The Phantasm surprisingly boasts an all out powerful experience for those of you with a home theater system.  While it’s not as immersive as it could have been, the overall experience has enough impact that it really does a fantastic job at grabbing your attention from the start and making sure your eyes are glued to the television to see exactly what is unfolding.  The musical accompaniment hits the nail on the head perfectly for each given scene as it plays out, and the dialogue of the Blu-ray release is clean and able to be heard and understood without having to manually adjust the volume levels as it plays onward. 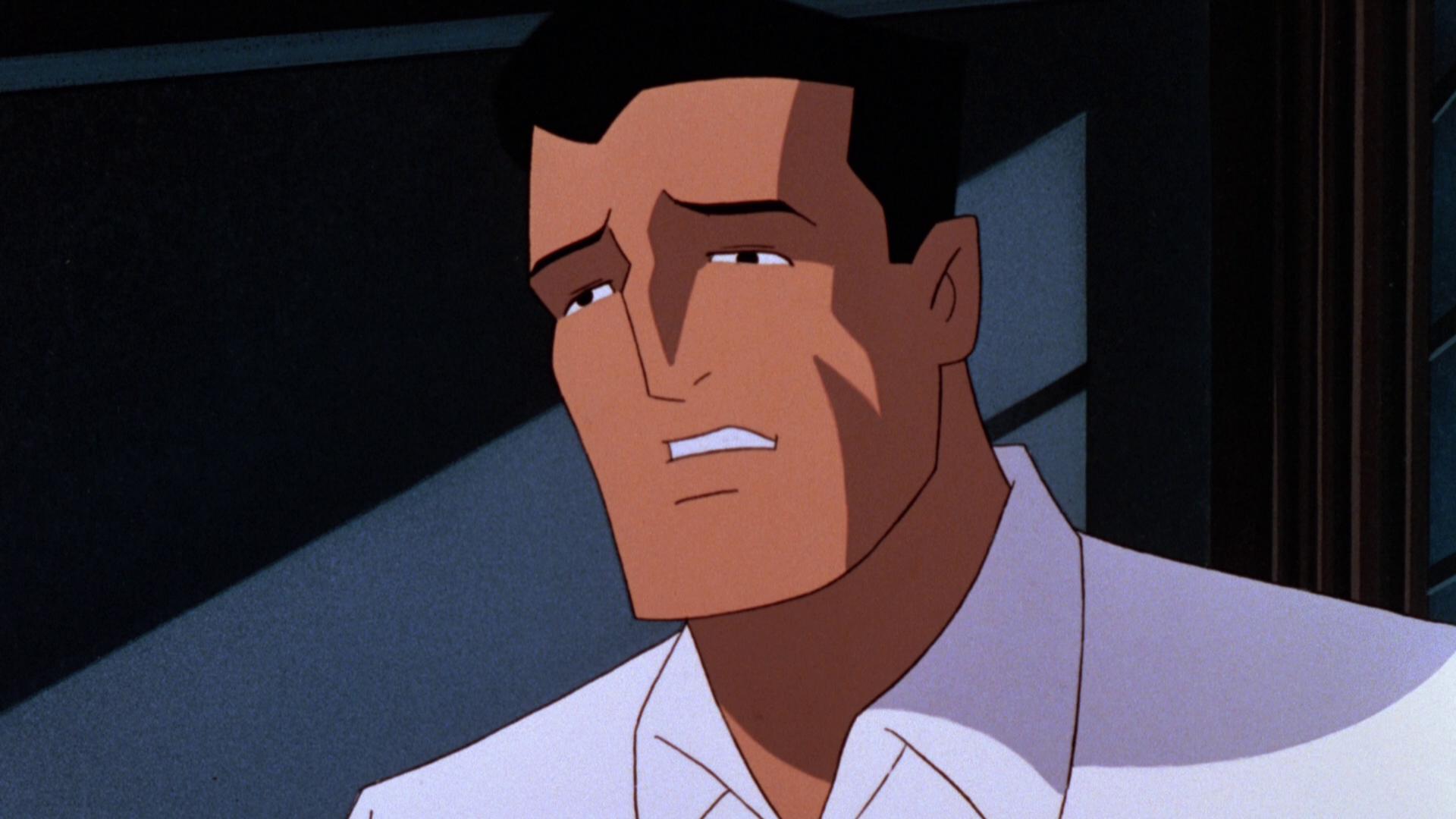 The Blu-ray release of Batman: Mask Of The Phantasm comes packaged in your standard single-disc Blu-ray amaray case.  Within that case is the standard Blu-ray copy of the film, with the disc featuring no artwork that’s relative to the film whatsoever.  There are no DVD copies of the film included, nor are there any digital copy redemption pamphlets.  There is not a slipcover available for this release. 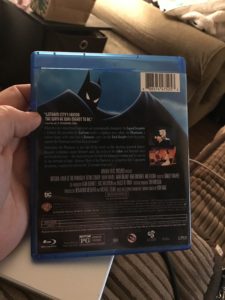 Unfortunately, in standard Warner Archive fashion, this release of Batman: Mask Of The Phantasm is considerably minimal in terms of additional content.  The only additional feature that’s been included is the Theatrical Trailer for the film.  There are the two different cuts of the movie on the disc, and the disc is confirmed to be Region Free, which are nice things to have.  But, there should be more additional content available with these releases, even if they have to put them on their own disc. 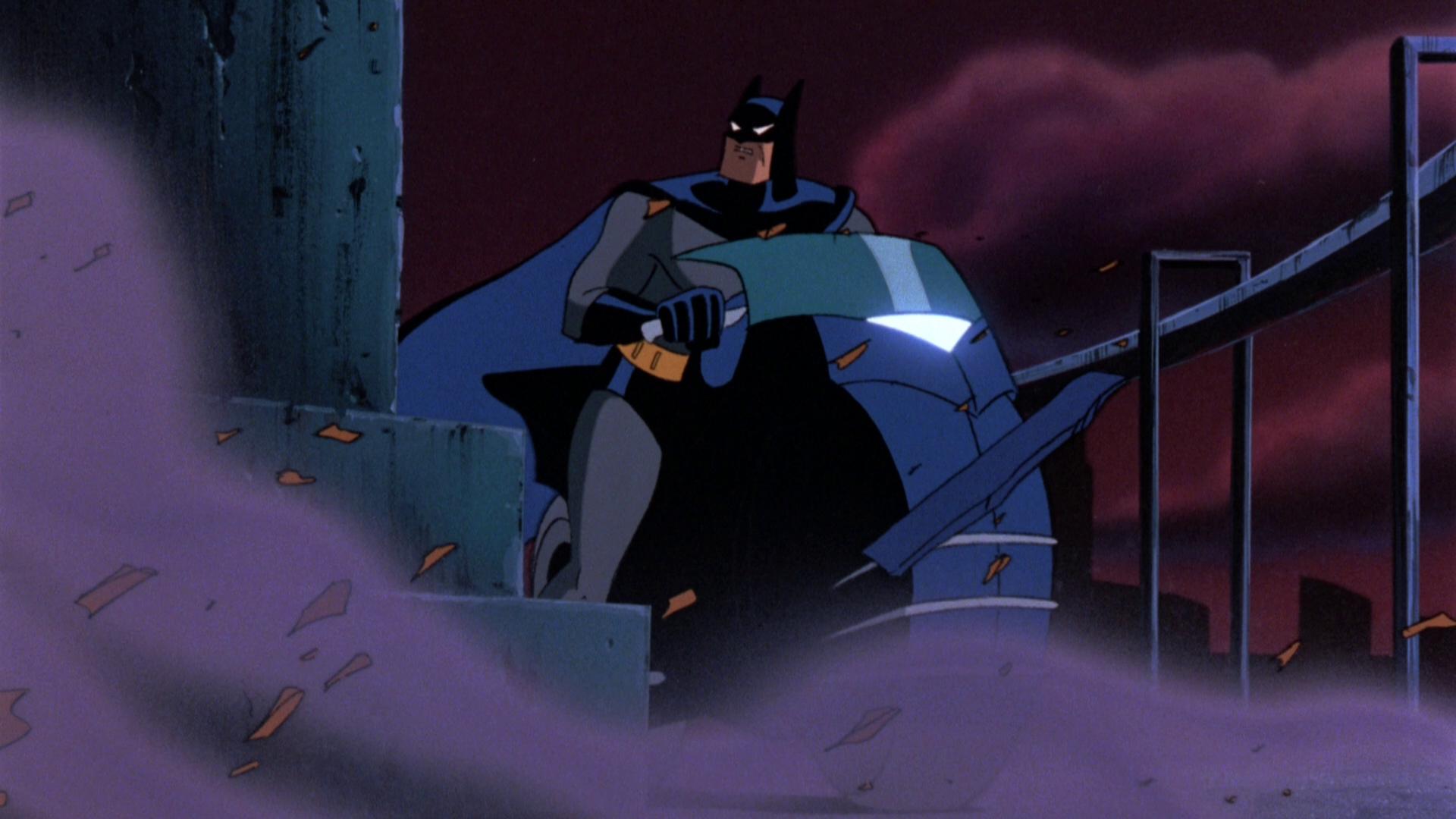 Overall, I was really glad that I took the time to sit down with Batman: Mask Of The Phantasm.  With having only seen Under The Red Hood in the past, exploring these films were pretty high on my to-do list.  With this movie, we’re given a story that, while is nicely done and very well maintained throughout, takes itself way too seriously throughout.  I feel that they should have loosened up a little bit in the writing of the story itself to have fun with it and have more appeal to the children who were growing up with the animated series at the time.  The visual and audible presentation of this release were absolutely beautiful and really shows that there was some great work done during the remastering process.  If you’re considering grabbing this release for your collection, I would highly recommend it, especially if you’re either a fan of the DC Animated features or are interested in just checking one out.  Batman: Mask Of The Phantasm was released onto Blu-ray this past July! 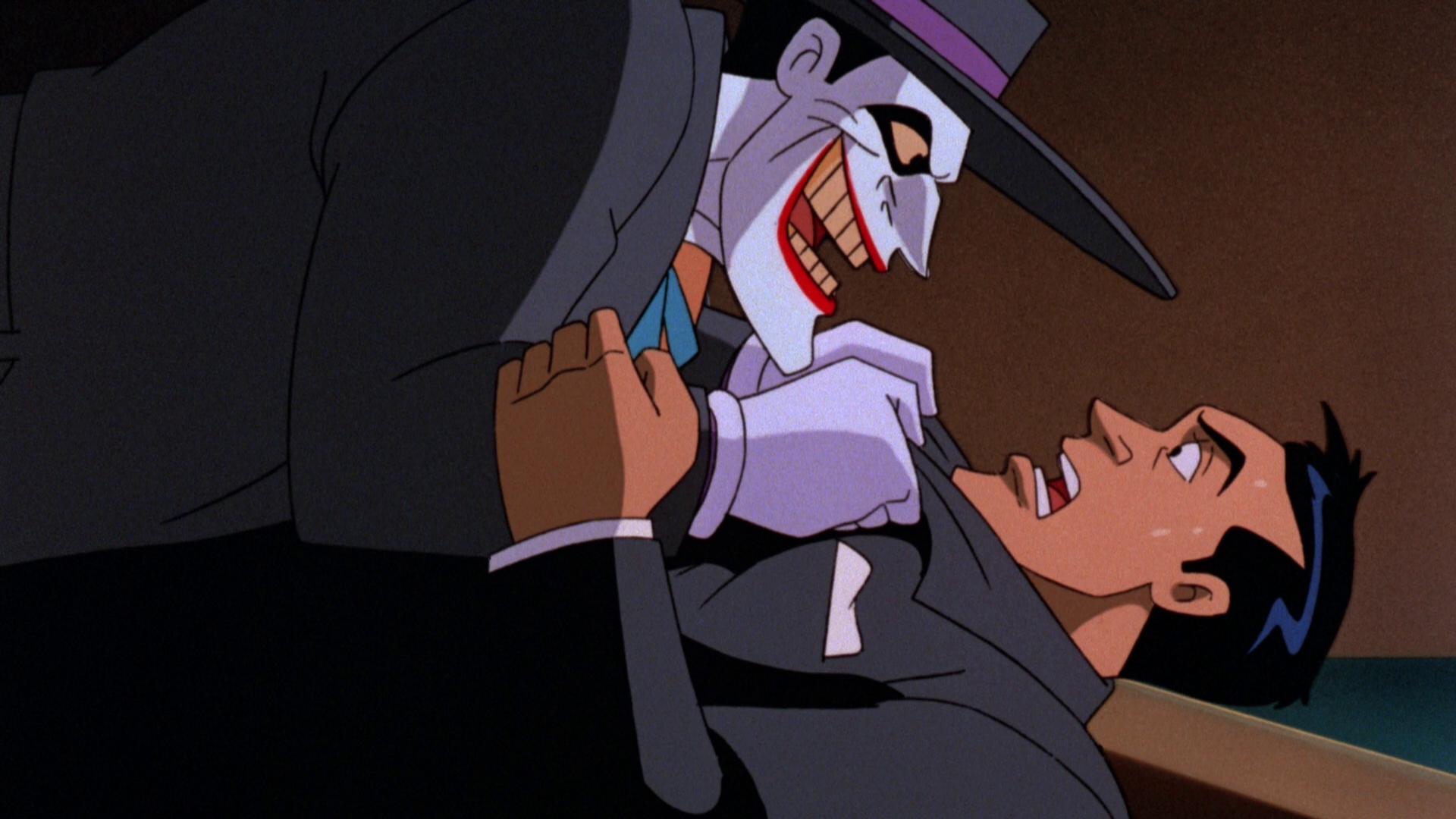