As you may know from my recent review of Batman v Superman, I am a huge fan of the DC Universe, but specifically Batman and The Joker. Batman: The Killing Joke would then seem like a home run for my tastes, and I went in with admittedly high expectations. Ultimately, I was left feeling fairly disappointed by this R-rated animated film which was based on one of the best DC graphic novels.

For starters, do not expect much from the R-rating that The Killing Joke received. There is very little here that I feel warranted the rating, and the big draw for this movie was that it would be much grittier and darker than previous DC Animation films. However, this was not the case. The R-rating is simply a marketing ploy in my eyes. The violence, although graphic, is still animated, which lessens the impact, and there were no scenes that were brutal enough to warrant the higher rating. In fact, when it did get brutal, the camera often cut away. 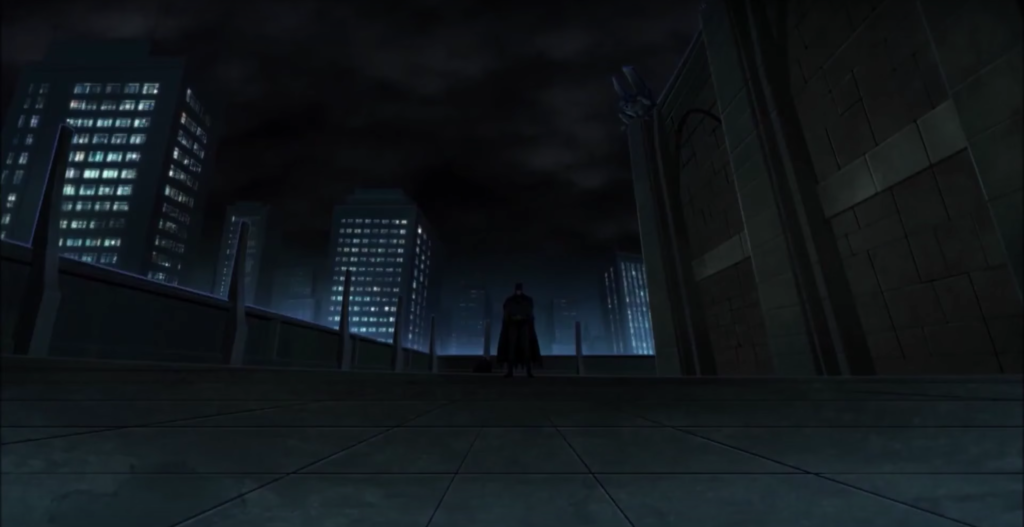 Fans were desperately looking for an R-rated Batman film, as many of the themes in various Batman films could certainly warrant it, but this is not the solution. I may be desensitized, in an era where PG-13 means lots of death and no blood (The Expendables 3, The Dark Knight, Taken) and an R-rating means gratuitous violence, swearing, and a literal blood bath (Django Unchained, The Raid, John Wick), but I simply did not end this film with any excitement over the fact that it received an R-rating. 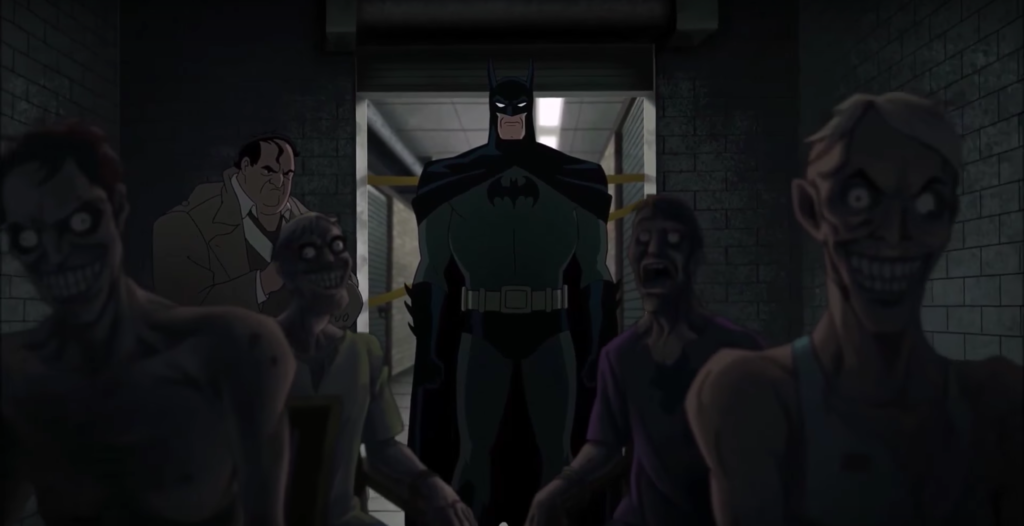 Besides the misleading rating from the MPAA, there are still some other problems with the film, starting with the 15 minute prologue. The rest of The Killing Joke is extremely consistent with the graphic novel, down to even using most of the same dialogue and artistic style. However, the prologue, which aims to set-up the relationship between Batgirl and Batman, is a complete waste of time, and really adds nothing to the film. At an hour and fifteen minutes in total, The Killing Joke could have been a perfect one hour feature film, but instead, the prologue sours the viewer’s attitude from the beginning with an unnecessary romance. The Killing Joke is truly about the relationship between Batman and The Joker, and serves as an important look into Joker’s backstory, and the final hour manages this storyline well. Unfortunately, a bad beginning really ruined the rest of the story. My advice? Find the end of the prologue, which is right around the 15 minute mark, and watch from there. Your experience will be much better.

In terms of positives, Mark Hamill does an excellent job voicing The Joker, and Kevin Conroy continues to nail the role of Batman. The two don’t have a ton of screen time together, but when they do, their interactions are the highlight of the film. Also, even though early indications were that the animation was not going to be great, I thought that it looked better than most of the other DC Animation catalog. Honestly, if the movie cut out the prologue and focused on the strict storyline from the graphic novel, it could have been great. Instead, it felt like it dragged, which put a damper on the experience and skewed my views negatively. Sometimes, introducing a new piece to an existing storyline can be an innovative idea, but it is always risky. In this case, the risk does not pay off.

Being an animated film, The Killing Joke is pretty solid on Blu-ray, presented in 1080p. The animation looked good for the most part, with a few choppier instances here and there, and the colors were true and on par with other Batman animated features. You won’t get Disney/Pixar quality from this release, as the two styles of animation are vastly different, as are the budgets, but it looks good enough to warrant an upgrade to the Blu-ray copy rather than a DVD. 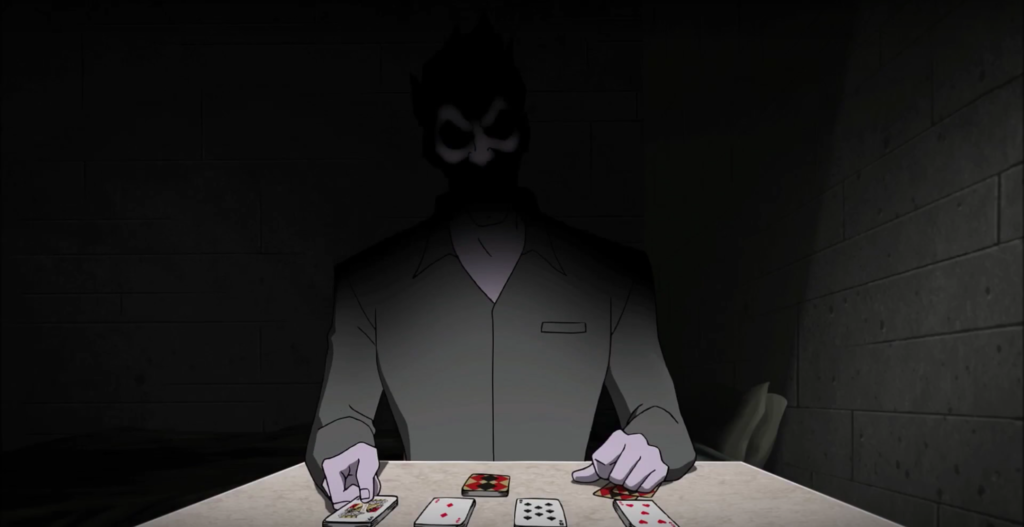 One of the nicer aspects of the video quality was the transition from present day to the past, where we explore The Joker’s past. The scenes from the past feature a sepia tint, transporting us back to the origins of the Clown Prince of Crime. The colors really looked great both in present day and in the past, and the transitions were seamless. The sepia tone can be a bit dry at times, but I did not feel like there was anything lost in the image, and I am a sucker for using different tints in movies to establish timelines or themes and so I enjoyed this style choice very much.

Sporting a DTS-HD Master Audio 5.1 audio track, The Killing Joke delivers a very pleasing audio experience. Being a dialogue-driven film, the center speaker on my SVS Prime 5.1 System got a lot of work, but the DTS-HD track handled it well and no volume adjustments were ever needed. In fact, I found that in order to really enjoy the action scenes, I turned the volume up much higher than I normally would to get to an acceptable level. You may find that this is not necessary, but the action scenes seemed a bit muted when compared to the booming, clear, and concise dialogue. 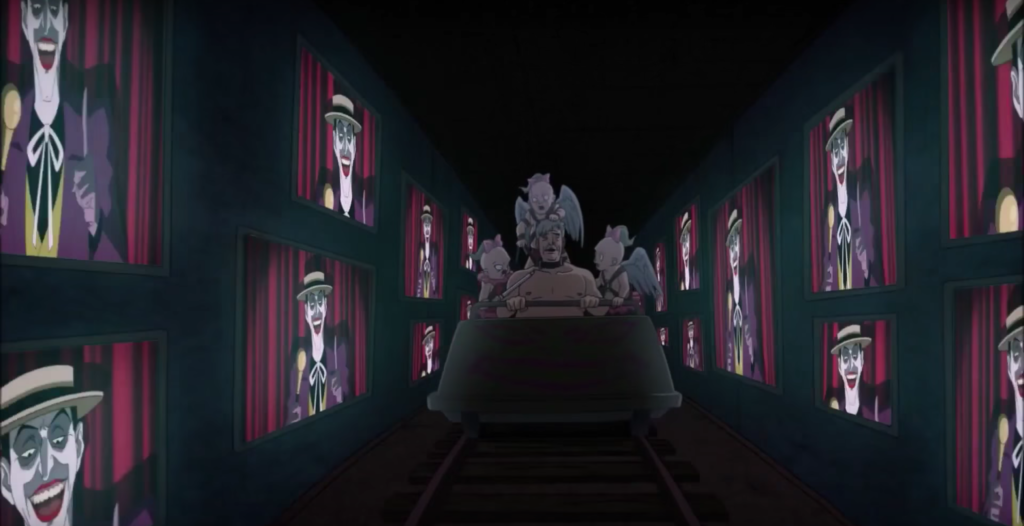 Subwoofer and surround speaker action is limited, as most of the action happens right in front of us. With the limited scope of the animation style, based on a graphic novel, there are not many ambient sounds that would require a full 5,1 system. A 2.1 system would probably be just fine for this release, but the inclusion of the DTS-HD 5.1 track is always a welcome addition, as it makes full use of the Blu-ray technology and shows the amount of care that the studio took with this film.

The Killing Joke comes to Blu-ray with a nicely embossed slipcover, with the iconic artwork from the graphic novel on the cover. On the inside, we get 1 Blu-ray disc, 1 DVD, and a Digital Copy which is redeemable on any UV service. The standard packaging is well-done, but there are many other options available to collectors. Target will be releasing an exclusive steelbook featuring the same artwork as the standard edition, as they typically do with DC Animation releases, while Best Buy will release The Killing Joke in a box set featuring a copy of the graphic novel and a small Joker action figure. The packaging options are plenty, and all three available options look like a good choice depending on your preferences. 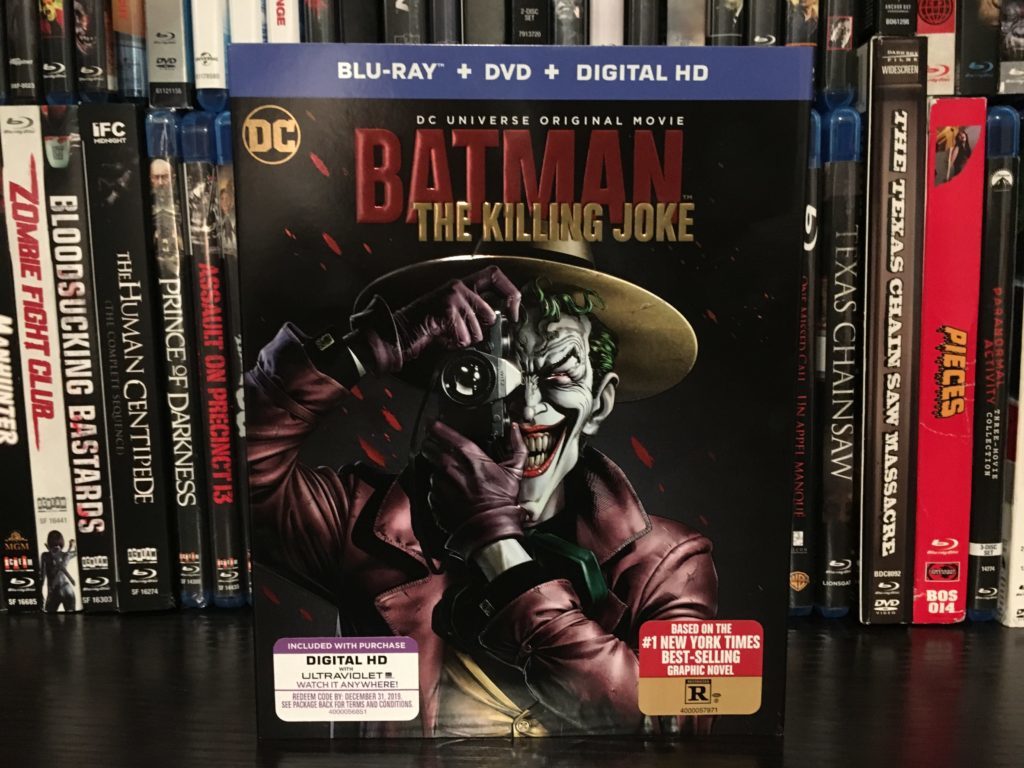 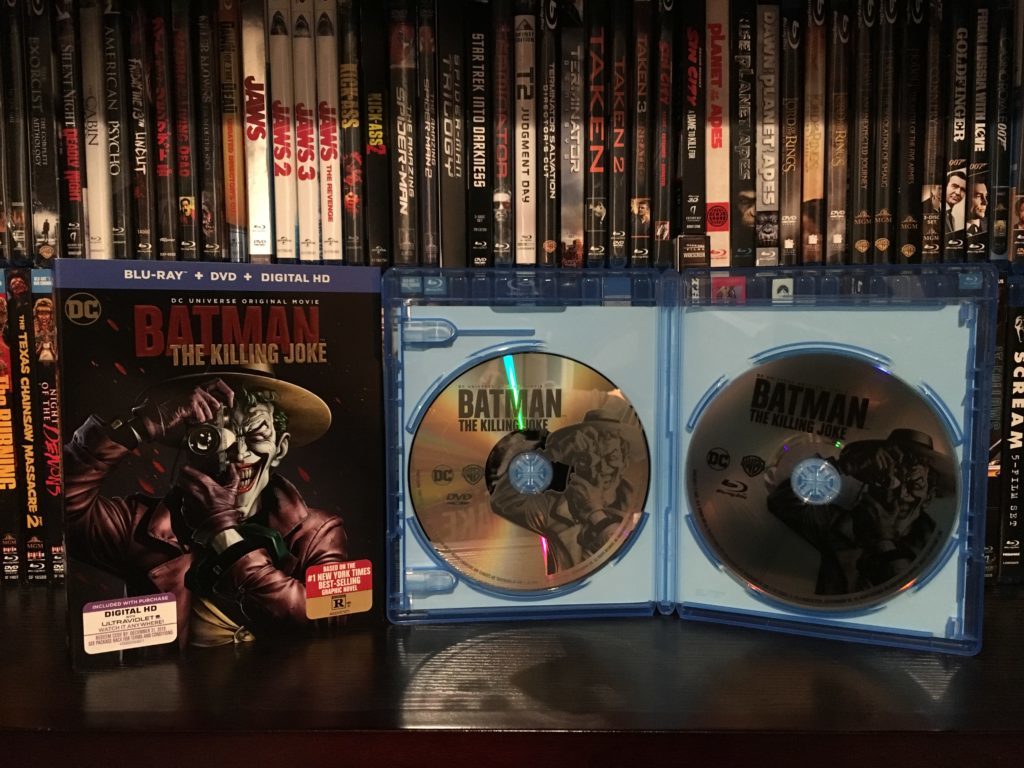 As for features, the Standard edition comes with a good amount of Blu-ray exclusive pieces. As for the other editions, I cannot speak to those, as I have not seen them myself, but typically the features stay consistent throughout all releases and the packaging is the only variation. The features are as follows: 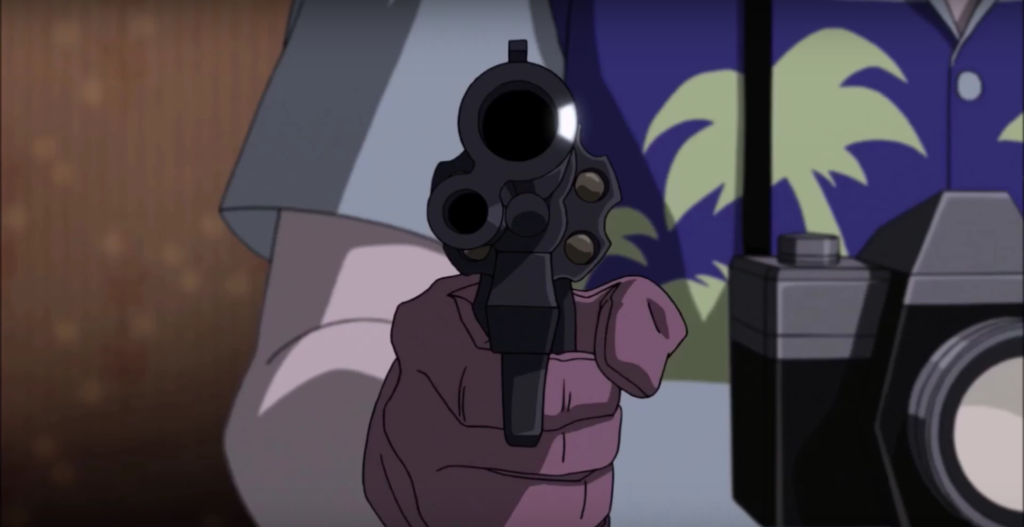 Outside of the extremely disappointing 15 minutes to start The Killing Joke, the film was an enjoyable experience. Like I said, start the movie after the prologue, and you will be better served. The audio/visual presentation is above average, and certainly warrants a Blu-ray purchase. Do not expect Pixar levels of animated-perfection, but if you are familiar with the style of the DC Animation catalog, you will be happy with the way that The Killing Joke looks and feels. At only $16.99 on release day, with multiple packaging options and including a DVD and a Digital Copy, it is hard not to recommend this as a release-day purchase. You can find the standard Blu-ray on Amazon HERE.