Batman Forever is a 1995 American superhero film directed by Joel Schumacher and produced by Tim Burton, based on the DC Comics character Batman. It is a sequel to the 1992 film Batman Returns and the third installment of the Burton-Schumacher Batman film series, with Val Kilmer replacing Michael Keaton as Bruce Wayne / Batman. The film also stars Tommy Lee Jones, Jim Carrey, Nicole Kidman, Chris O’Donnell, Michael Gough, and Pat Hingle. The plot focuses on Batman trying to stop Two-Face and the Riddler in their villainous scheme to extract confidential information from all the minds in Gotham City and use it to learn Batman’s identity and bring the city under their control. In the process, he gains allegiance from a young, orphaned circus acrobat named Dick Grayson, who becomes his sidekick Robin, and meets and develops feelings for psychiatrist Dr. Chase Meridian, which brings him to the point to decide if he will lead a normal life or if he is destined to fight crime as Batman forever.

Batman Forever‘s tone is significantly different from the previous installments, becoming more family-friendly since Warner Bros. believed that Batman Returns failed to outgross its predecessor due to parent complaints about the film’s violence and dark overtones. Schumacher eschewed the dark, dystopian atmosphere of Burton’s films by drawing inspiration from the Batman comic books of the Dick Sprang era, as well as the 1960s television series. After Keaton chose not to reprise his role, William Baldwin and Ethan Hawke were considered as a replacement before Kilmer joined the cast.

The film was released on June 16, 1995, receiving mixed reviews, but was a financial success. Batman Forever grossed over $336 million worldwide and became the sixth-highest-grossing film worldwide of 1995. The film was followed by Batman & Robin in 1997, with Schumacher returning as the director, and George Clooney replacing Kilmer as Batman. 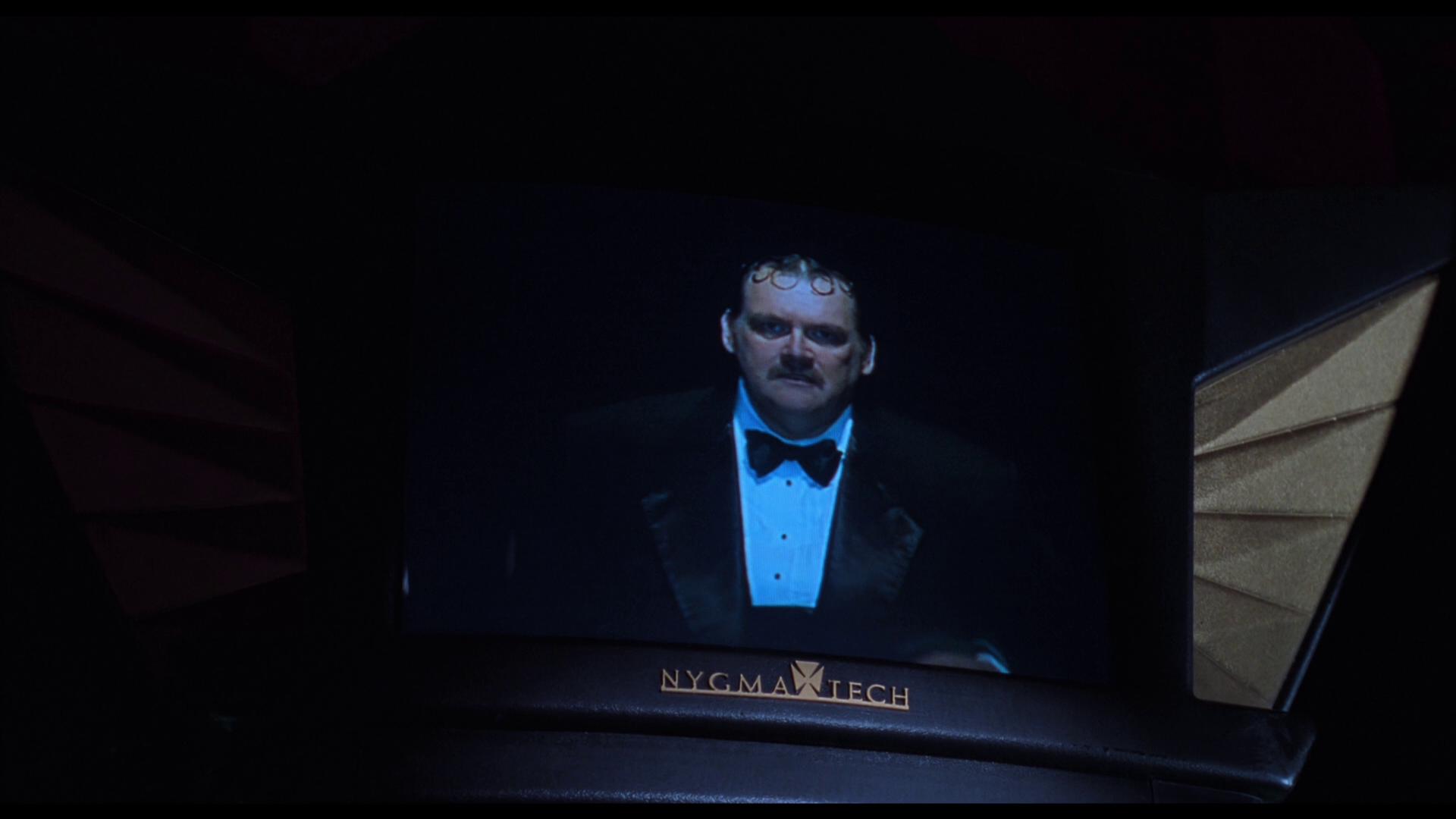 Really touching into the world of nostalgia, Batman Forever is the first of the series that I had the pleasure of seeing when I was a child, before exploring into the previous two movies. This movie as a whole isn’t great by any means, and really pushes things into the realm of sillyness. With Jim Carrey as the Riddler and Tommy Lee Jones as Two-Face, their execution of the characters fall similarly in line with those from the animated series, which is something that you can clearly tell was where they were trying to take things and allow for more of a relatable experience. While Val Kilmer is my least favorite Batman, his performance was still pretty solid, and despite the real lack of continuation into the seriousness that comes with fighting crime in Gotham City, my wife and I still had an absolute blast sitting down with this the other night. 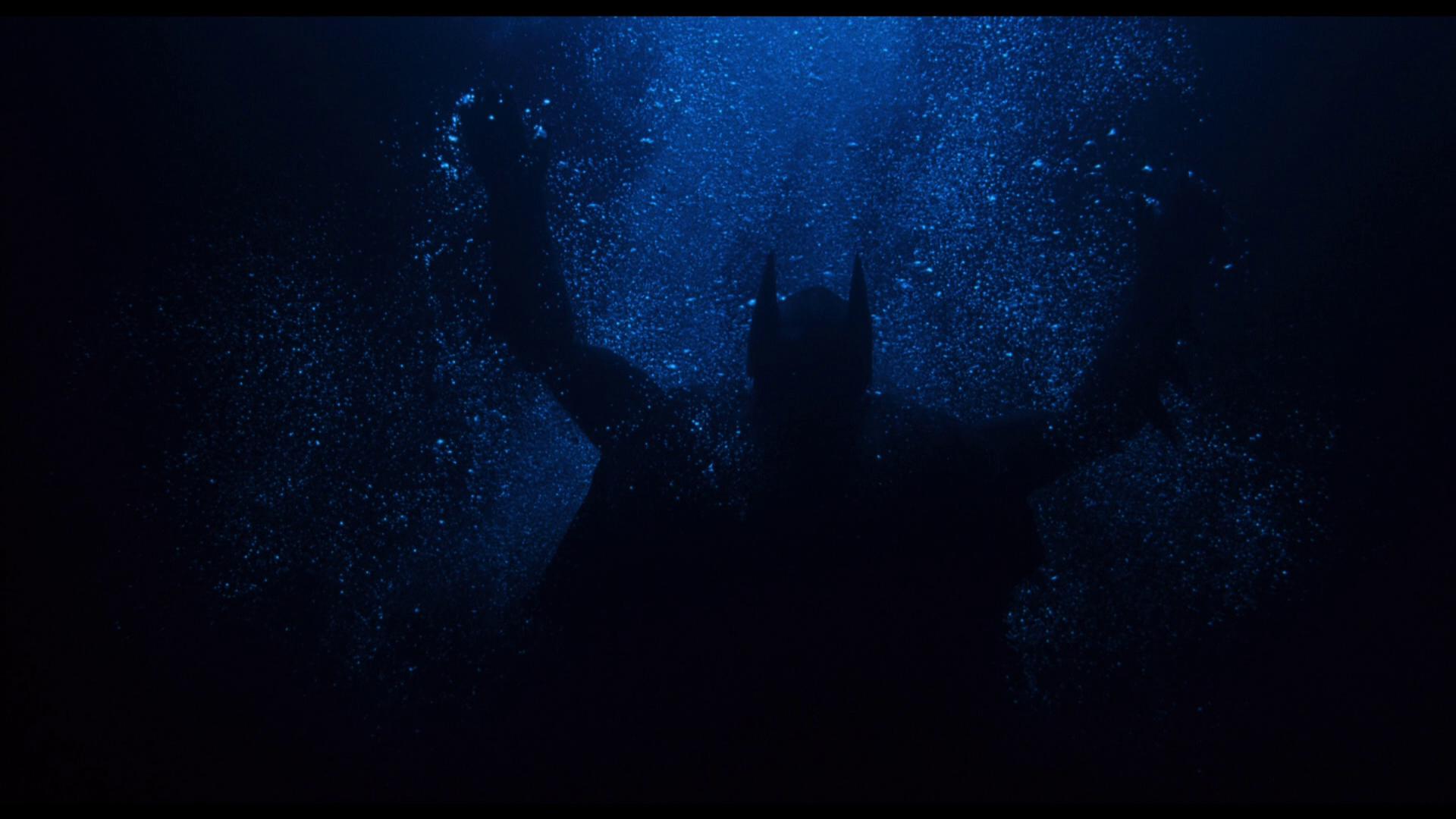 Just like the other two releases, this 4K UHD release of Batman Forever packs an insanely clear and precise look into the character and the foes that he’s going to be facing off against. The colors are significantly deeper in this movie, and much more verbose. The faces and costumes are much more resolved, showing the finer details of things, like their pores really stand out with this release. Sure, things don’t look as nice as the Burton films, but the representation that Schumacher brought to the story is rightfully represented with this release and packs one hell of a visual punch. 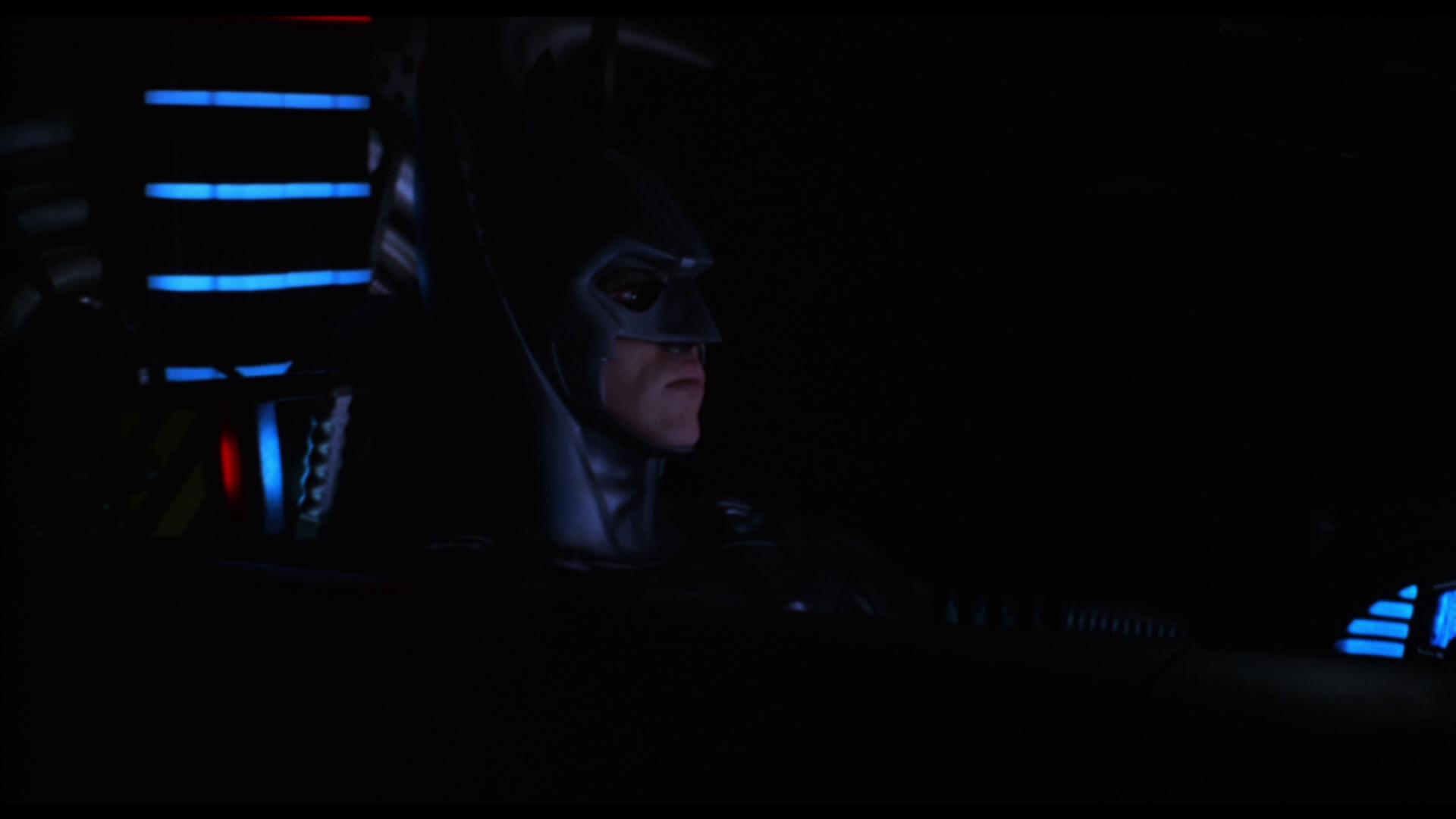 Featuring an all new and fresh Dolby Atmos audio track, the 4K UHD release of Batman Forever backs an insanely built immersive experience if you’re setup to use Atmos at home. Even with the darker undertones the film has, the audio track boasts a very exciting experience that does a great job at balancing itself between all of the channels. The attention to detail to the finer elements like the sound of the motorcycles racing down the street, or the accompanying explosions that occur as an attack is being carried out on the city are much more refined and do a great job at adding emphasis to the seriousness of what’s happening. Lastly, the dialogue is spoken cleanly, and the characters are able to be heard and understood without any need to manually adjust the volume levels as it progresses onward. 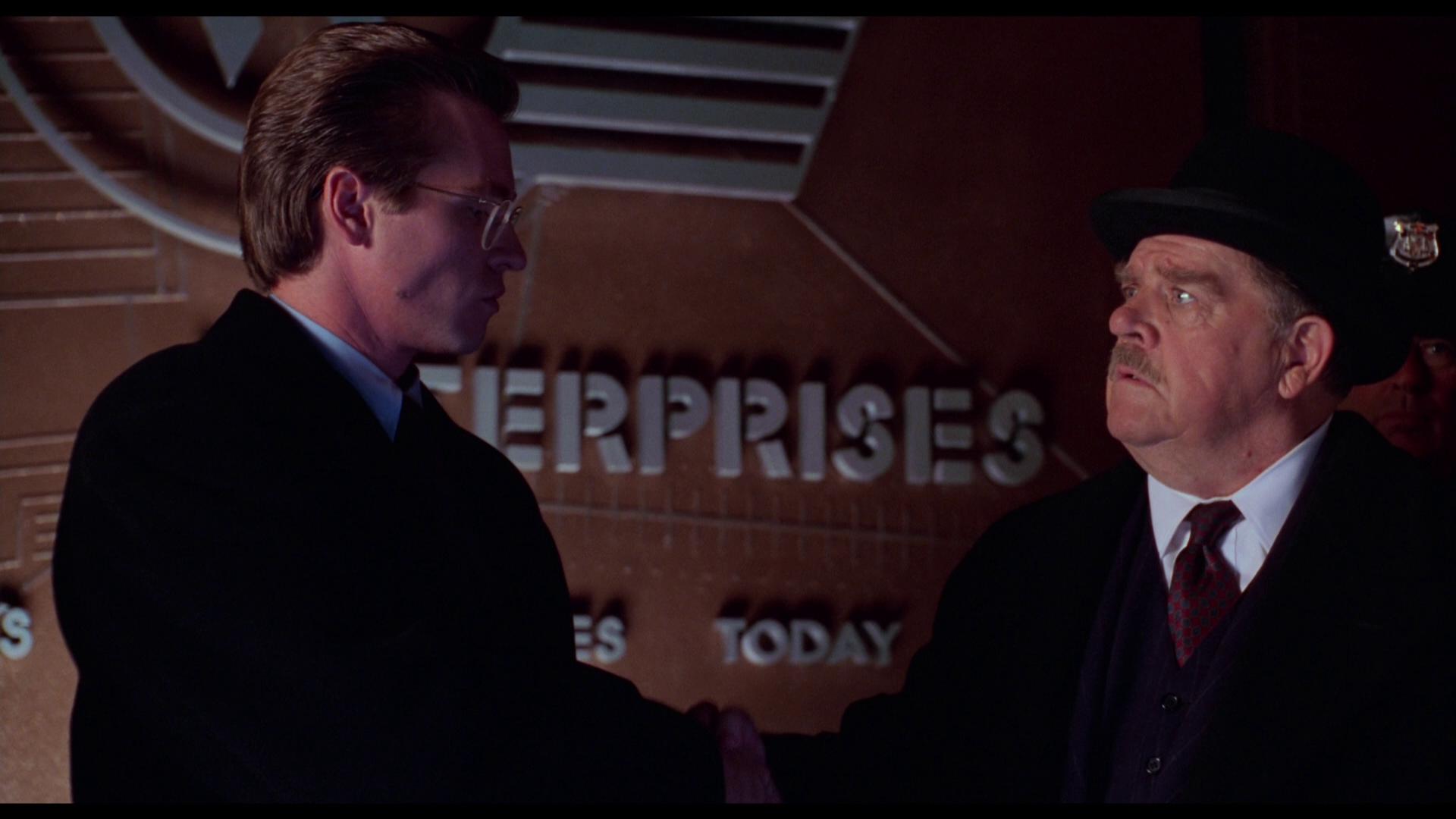 The 4K UHD release of Batman Forever comes packaged in the typical two-disc amaray case.  In that case, the standard 4K copy and Blu-ray copy of the movie, both discs featuring different pieces of artwork from each other.  There is a digital copy included, as well as a slipcover that’s been made available in the original pressing of the release with the same artwork that’s been provided on the case.

There are a few special features included with the 4K release of Batman Returns. The included UHD disc only contains the optional audio commentary with Joel Schumacher, while all other additional content is made available on the Blu-ray disc. Included with this release is: 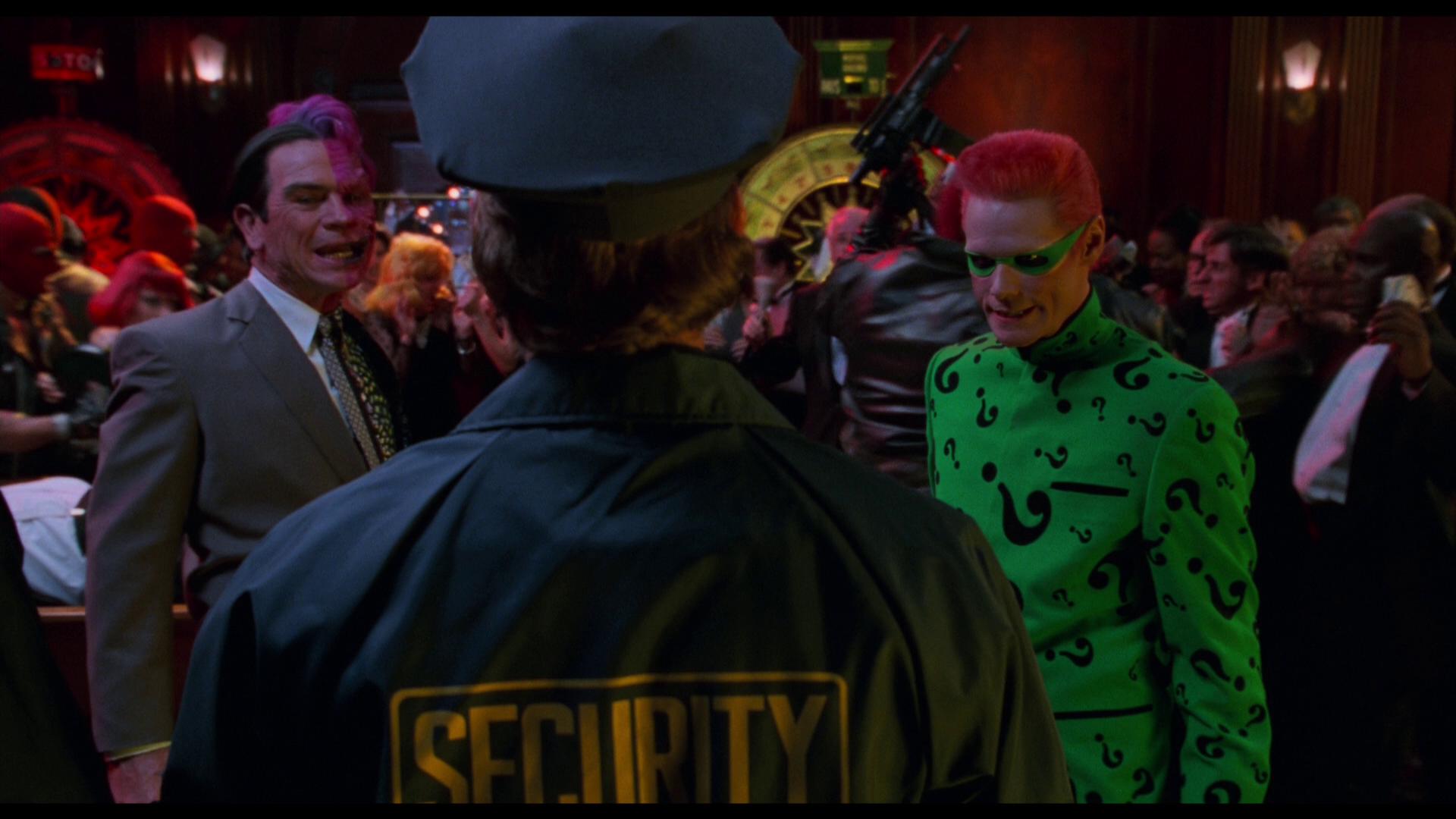 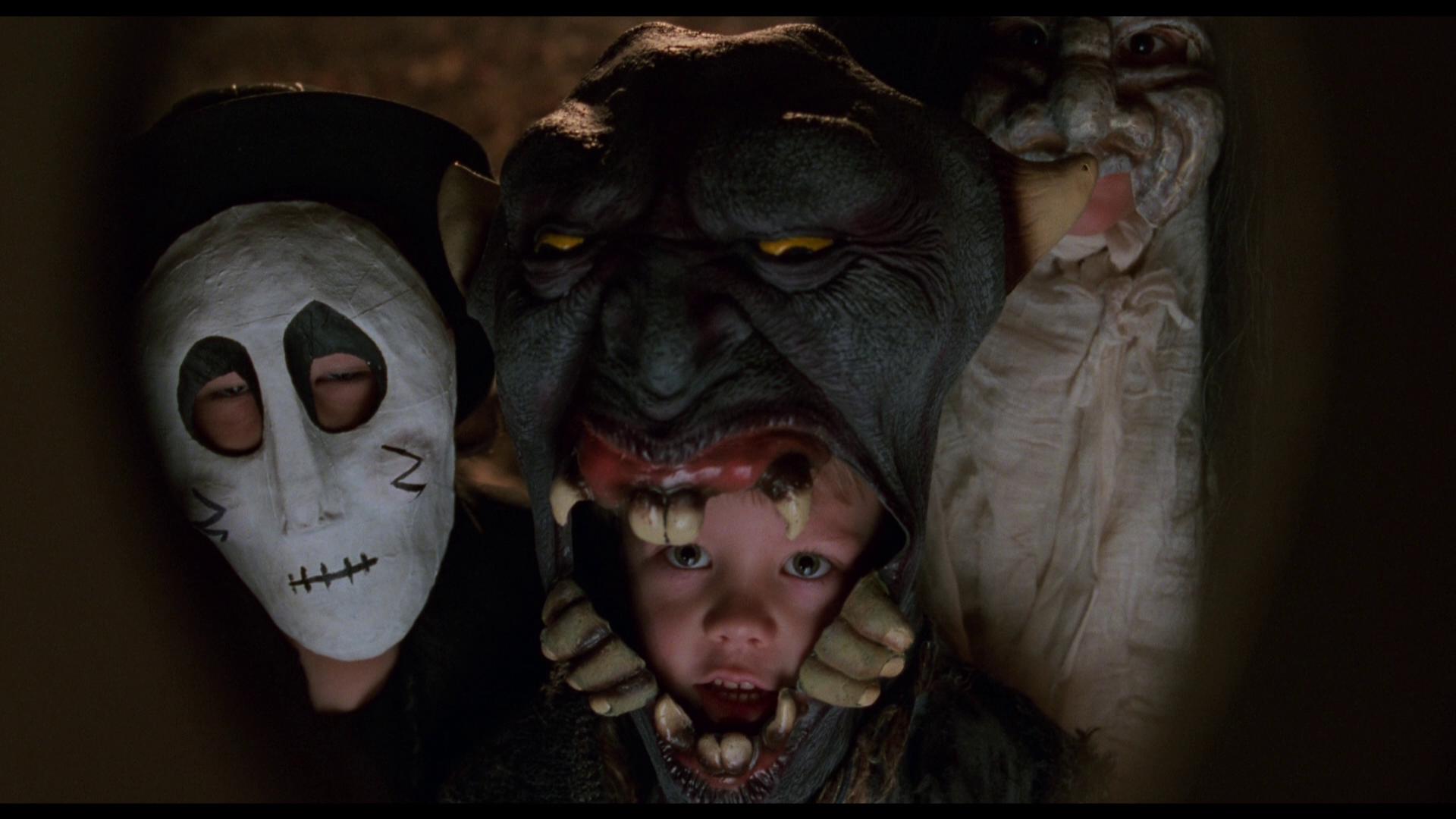 I was genuinely surprised to see that Batman Forever was getting the 4K treatment, and was overly excited to see it arrive at my doorstep. The visual and audio presentation of this release were absolutely stellar, and one of the best I’ve seen for a catalog title like this. The special features were a nice thing to sit down to, and definitely welcomed as my wife and I watched along. If you’re considering this release for your collection, I would without a doubt recommend grabbing it, even if you’re upgrading from one of the previously released Blu-ray copies. Batman Forever is available on 4K UHD today. 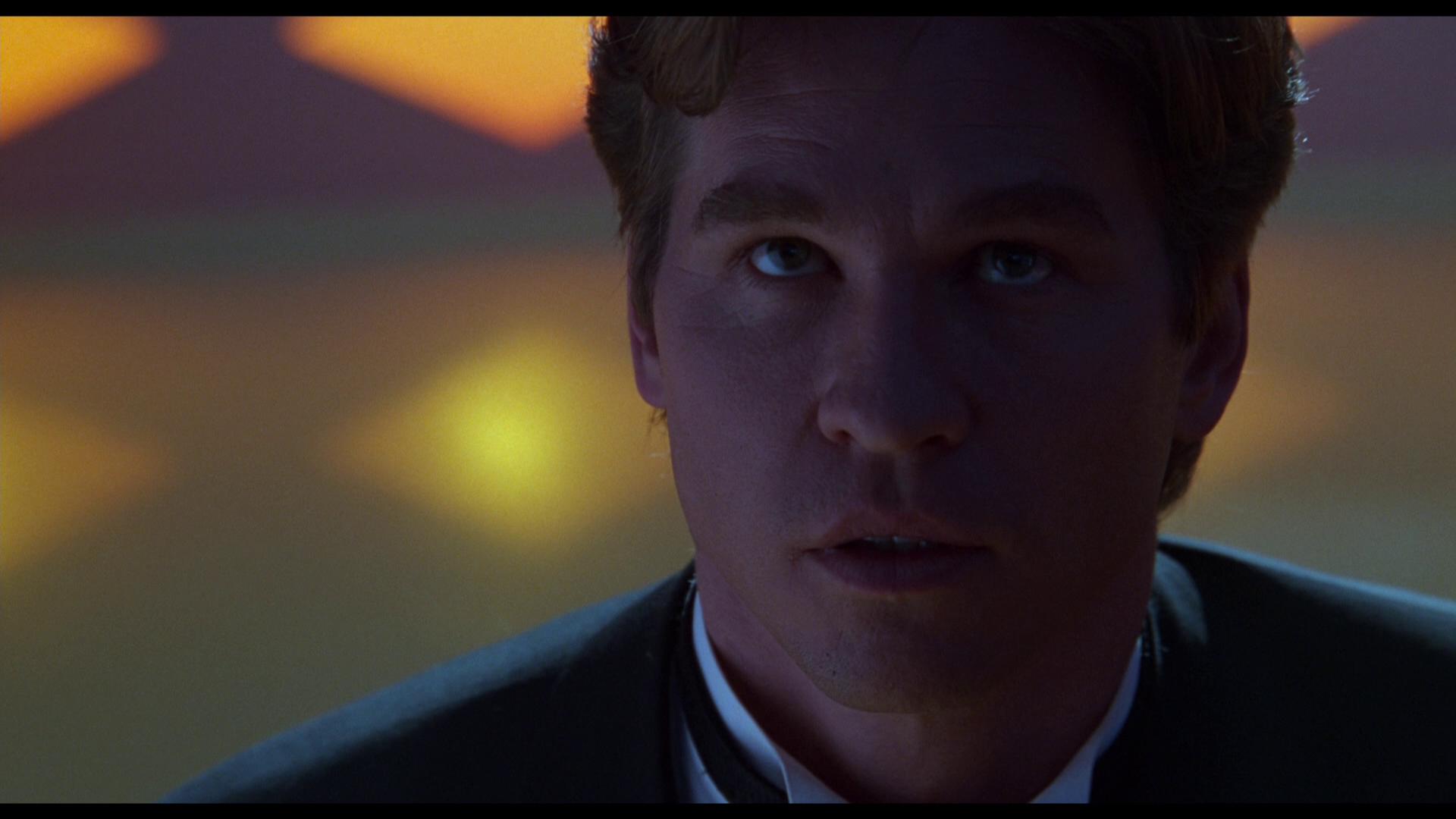