Bandits is a fun movie about bank robbery, phobias and love triangles directed by Barry Levinson (Sphere, Good Morning Vietnam, Rain Man).   I saw this when it came out way back in 2001 and was eager to revisit it on Blu-ray since I had good memories associated with the film.  How did that trip down memory lane turn out?

The movie was pretty much the way that I remembered it and I enjoyed watching it again.  Bandits stars Bruce Willis, Billy Bob Thornton and Cate Blanchett.  They seem to have fun chemistry together which makes the movie enjoyable to watch.  The movie plays out the lives of two convicts after escaping from an Oregon prison and attempt a large string of bank robberies.  It’s part road movie, part romance, and part odd couple between the leads.

Bandits is written by Harley Peyton and he has an eclectic sense of timing and humor.  Harley wrote 14 episodes of Twin Peaks and while Bandits is not dark or surreal like that show it has a cast of interesting characters with unusual quirks and loads of quotable lines.  I think this is what sets this movie apart from similar titles and makes it more interesting.   Of course what makes this movie more unique also means that some may find the overall humor to be a love or hate type situation.  It is possible some may even be bored by this type of interaction, especially if they take the movie too seriously.  I personally like its style and I think Bandits is sadly underrated. 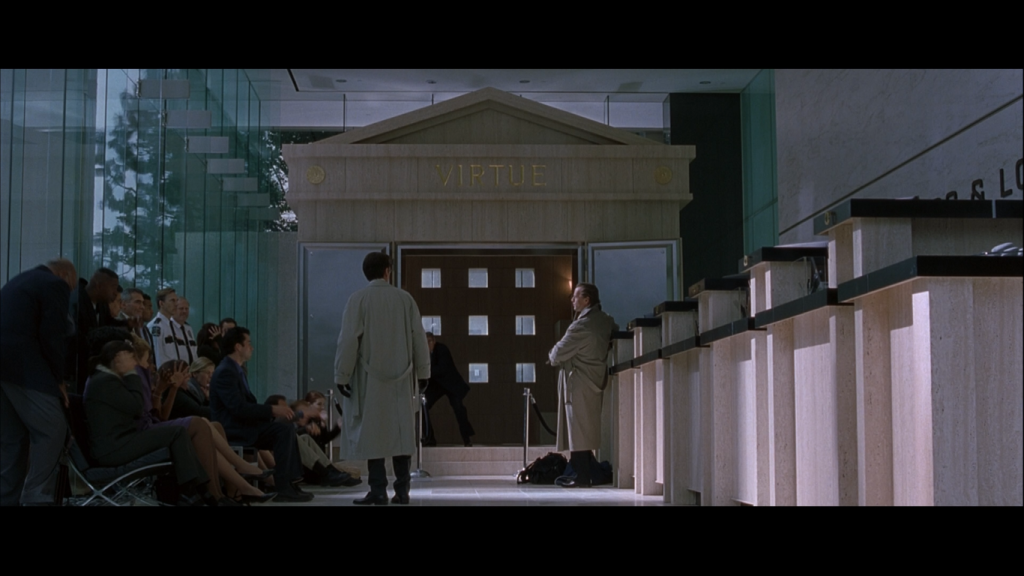 Olive Films did a good job with the transfer on this movie.  I thought the shots looked right and the colors were very nice, in my memory this matches my experience at the cinema when this was originally released.  There is a respectable level of film grain throughout the movie and rarely did I notice any artifacts.  Some specific shots were of a noticeably different quality but they were seemingly present from the original filmmakers choices and not a modern transfer issue.  I did notice blurring during movement a couple times and a odd stutter during a car chase.  These issues were not enough to make me feel bad about the transfer but they are worth noting that this is a 15 year old mid-budget movie and will not look like a modern digital release.  It is a solid release and a much needed upgrade from the DVD. 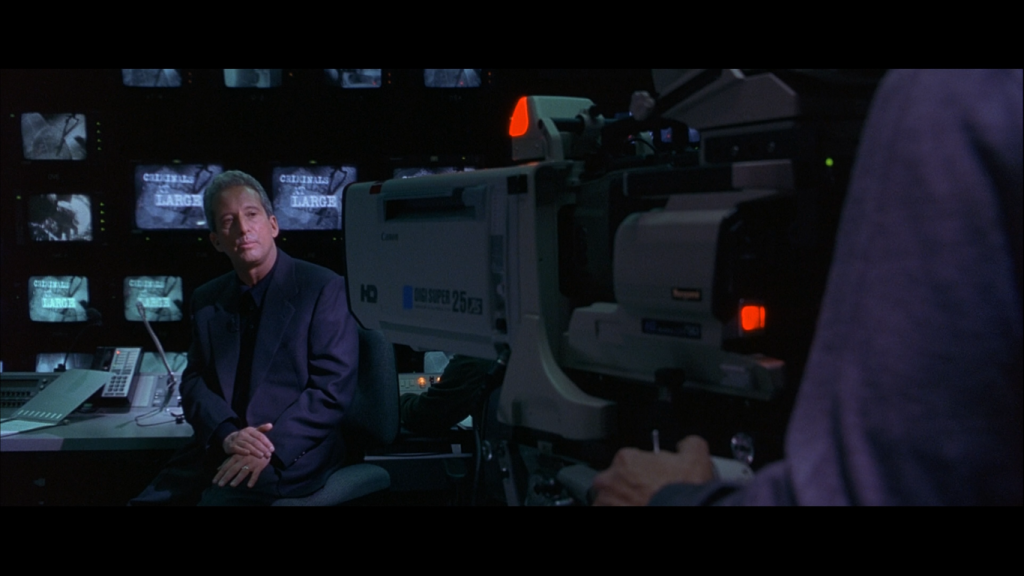 I had no issues with the audio that was provided on this release.  The dialogue was clean, easy to understand and didn’t fluctuate.  The movie is pretty dialog and score heavy with only occasional car chases and gun play.  So you may ask why not a perfect score?  On DVD Bandits had a 5.1 track and for some reason that is missing on this release with only a 2.0 available.   I don’t know how much noticeable help that audio boost would have given the movie but it is disappointing to not get that same choice on an upgraded Blu-ray format. 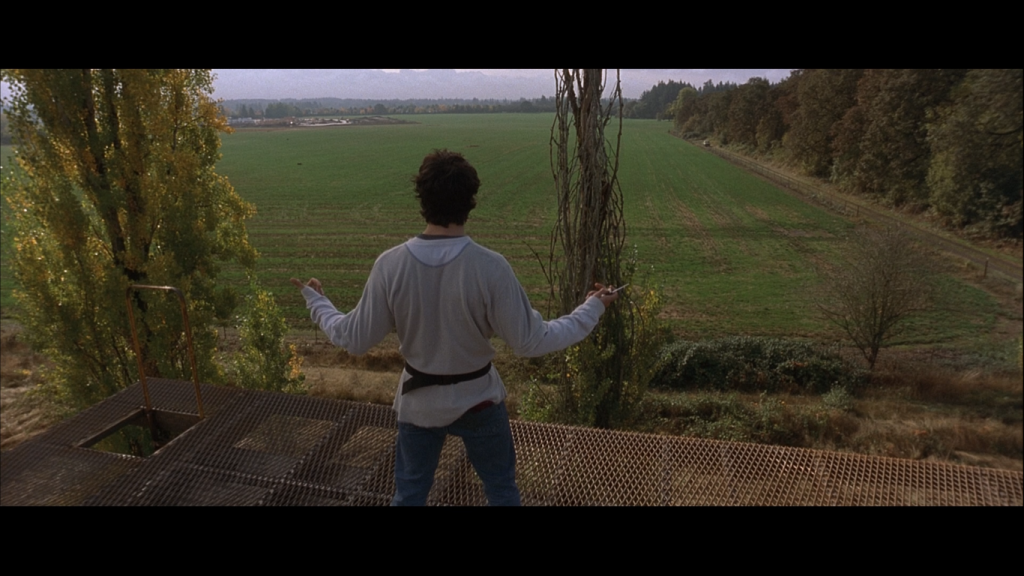 The Blu-ray case for this film is of typical quality. It is a little more square shaped at the spine than your usual case but still seems professionally made. The center hub is well made and holds the disc firmly. This is not an Eco case, it has a solid plastic backing for the disc which I prefer. The paper stock for the cover is bright and easy to read.  The disc art is just the title of the movie but it is a quality print.  Also included is a small paper catalog with other current Olive Films releases and a card to fill out and send in for more information and new release updates. 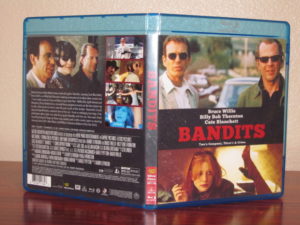 The only special feature included is the theatrical trailer.   It is unfortunate that not even the basic features from the DVD edition were ported over. 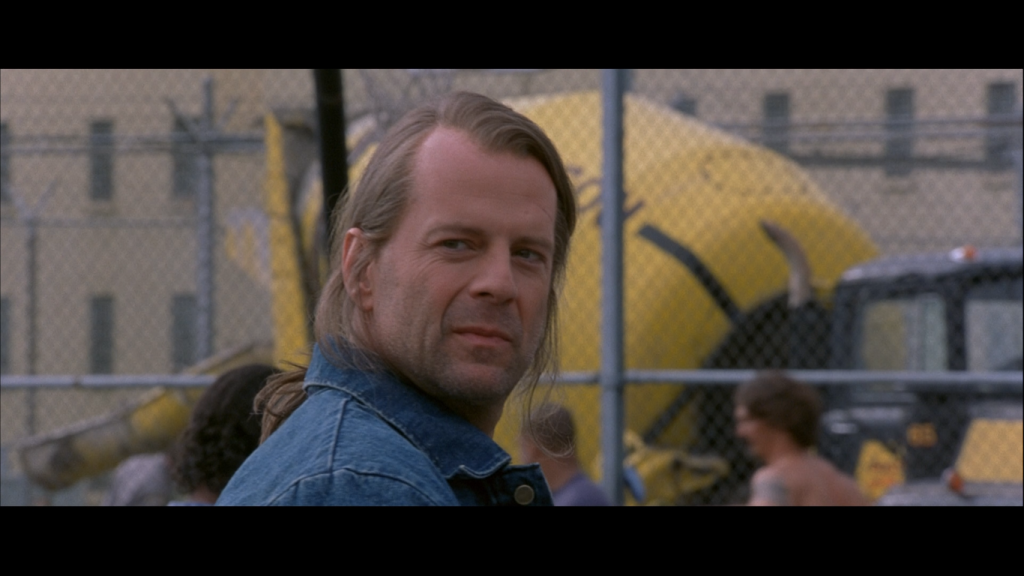 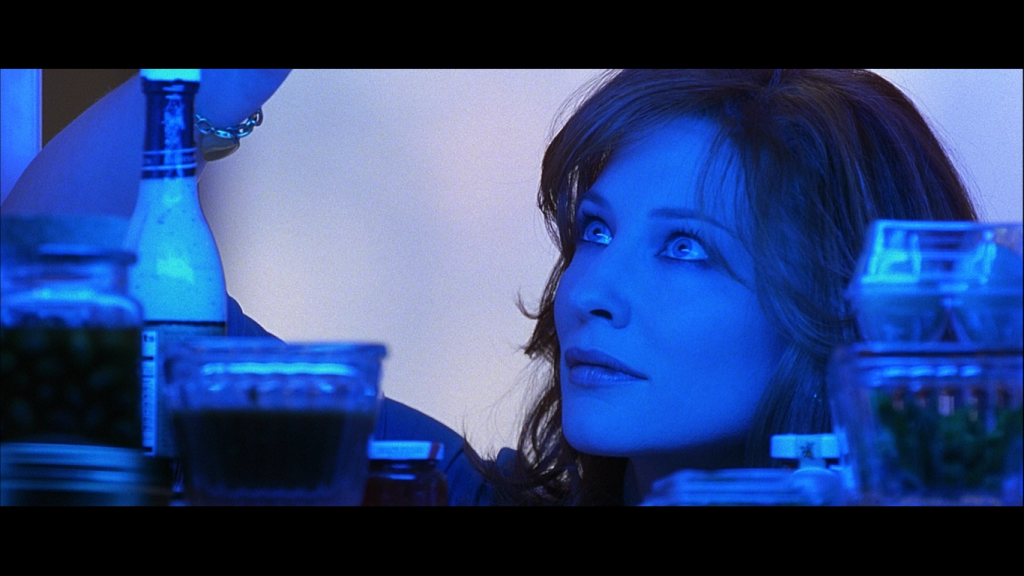 I like this movie and I am glad to get to finally add it to my collection.   I think it is somewhat disappointing that the special features and audio options were not kept from the DVD version but I don’t think that is enough to keep me from recommending this to others who have already seen and want to own this movie.  It is a nice upgrade in picture quality but not enough for a blind buy.  I would perhaps suggest a rental first to those who have not yet experienced this movie in any form.