Bad Santa 2 is a 2016 American Christmas black comedy crime film that was directed by Mark Waters and written by Shauna Cross and Johnny Rosenthal.  Serving as a direct sequel to the 2003 film Bad Santa, the film stars Billy Bob Thornton, Tony Cox, Brett Kelly, Kathy Bates and Christina Hendricks and features the dynamic criminal duo Willie and Marcus again teaming up to work as Santa and an elf respectively, this time to rob a charity in Chicago on Christmas Eve.

The film was originally announced in December 2015 and made its theatrical debut on November 23, 2016 by Broad Green Pictures in America, while Sony Pictures Worldwide Acquisitions would handle the international distribution.  The first promotional trailer for the film was released on August 9, 2016.

Bad Santa 2 ended up grossing $17.8 million in the US and Canada and $5.4 million in other countries for a worldwide total of $23.2 million against its $26 million operating budget.  Opening alongside Moana, Rules Don’t Apply and Allied, it was expected to gross $15-20 million from the 2,920 theaters playing it over its first give days.  The film ended up grossing $9 million over its first five days ($6.1 million during opening weekend), finishing below expectations and eighth at the box office.  It was also down 46% from the five-day opening of the first film, which made $16.8 million in 2003; and overall received negative reviews from film critics and is considered to be a box office disappointment. 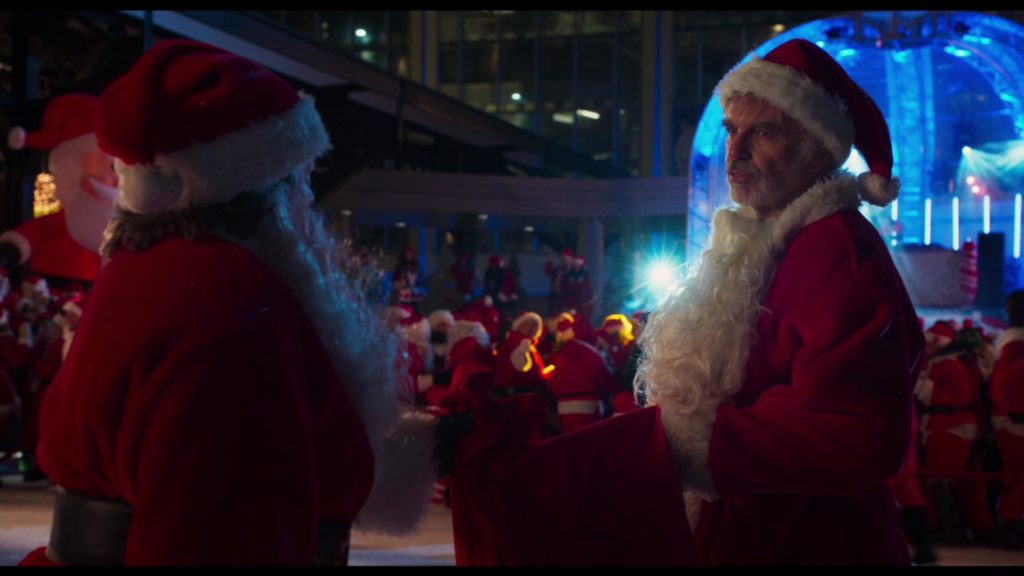 Occasionally, I will find a film that I sit there and question why I spent money on it.  Bad Santa 2 certainly is a film that makes me question myself at times.  Outside of the occasional bit of crass humor between Willie and Marcus that was enough to make you laugh, this film is considerably abhorrent.  The story is extremely bland and you could tell that this was a sad attempt by Hollywood to try to rake in some money on the popularity of the first film.  As my wife and I progressed through the movie, all I could do was find myself seeing several references that played out very much like the first movie.  Hell, I was appreciative for the fact that my dogs had to go out because the break from the movie was worth it. 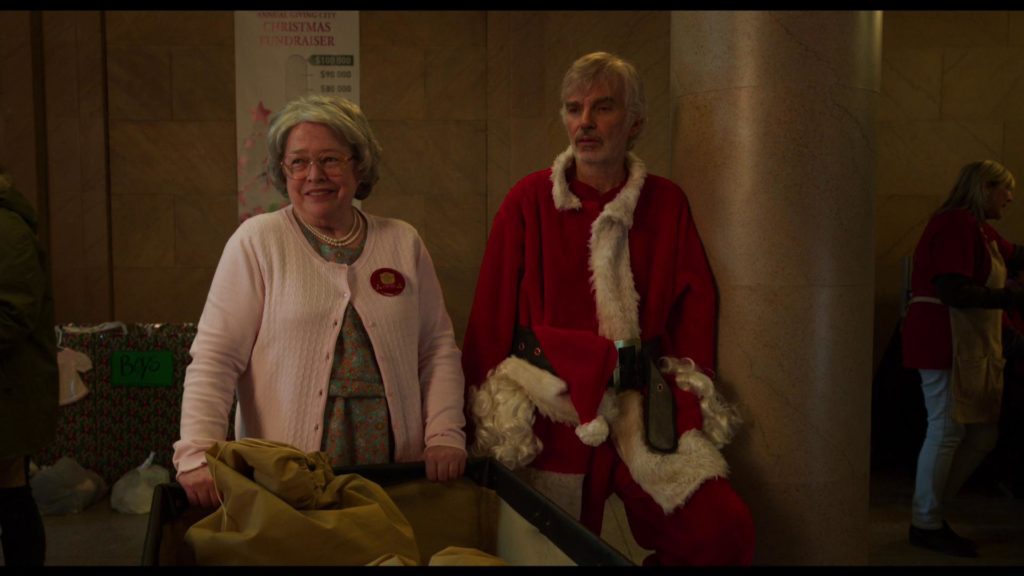 Bad Santa 2 comes bearing the ever-loving 1080p resolution and looked really good on my living room television.  Only one small personal complaint that’s worth mentioning is that despite the various scenes that appeared to be decently lit, the film maintained a subtle dark undertone that wasn’t needed at all.  The overall picture quality was crisp and clear, so at the very least, we were able to see and understand everything as we watched this. 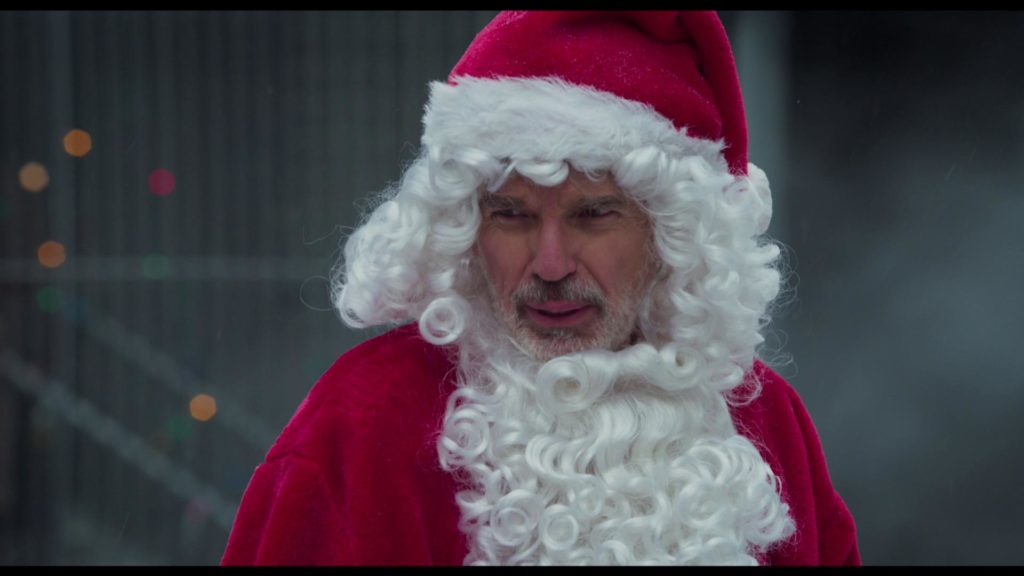 Coming packaged with a DTS-HD Master Audio 5.1 audio track, Bad Santa 2 sounded crisp and clear as the film progressed.  Normally, I would have liked to have seen a 7.1 audio track to have more of an immersive experience, however this film wouldn’t have needed it whatsoever.  It does a pretty solid job at making use of the 5 channels as we were able to audibly hear the ambient sounds for any given scene. 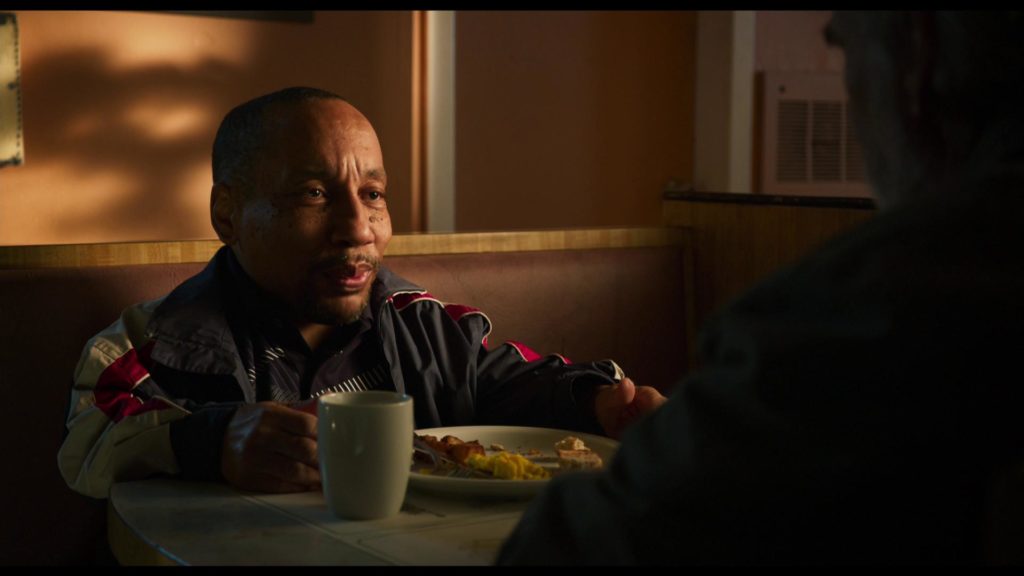 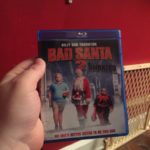 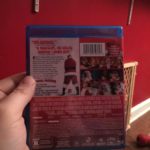 In addition to the standard Blu-ray release, there is a 4K UHD release that’s been made available as an exclusive to Best Buy.  From what I can tell, the 4K UHD release features artwork that’s exclusive to the release.  There is no indication that it will become available to other retailers in the future, so we will see if that becomes an option down the road. 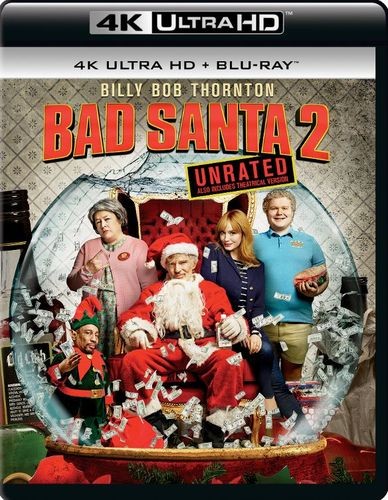 Bad Santa 2 comes packaged with a significant amount of additional content.  In addition to the theatrical version of the feature film, the Blu-ray disc does also include the unrated version of the film.  Included with this release is: 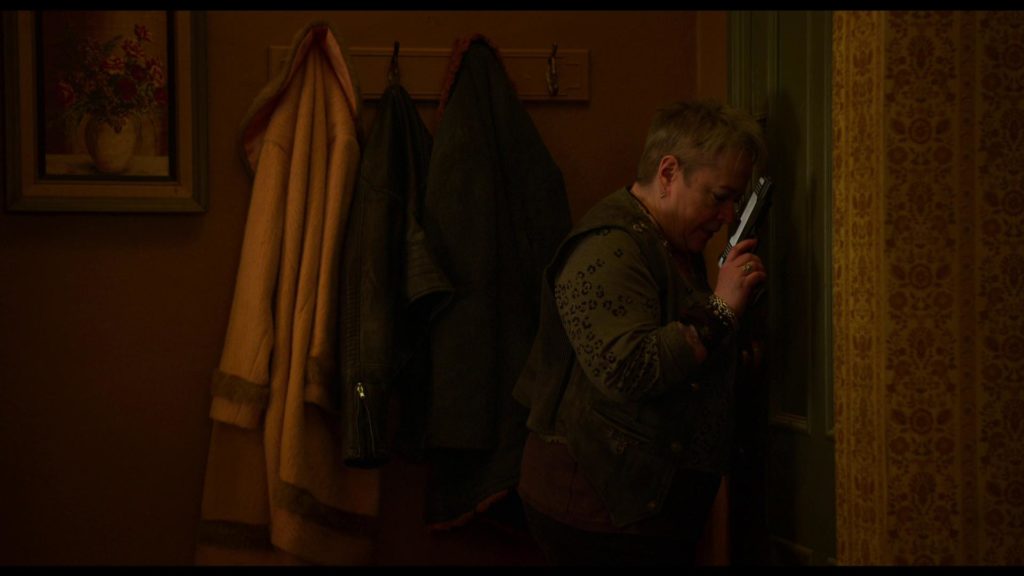 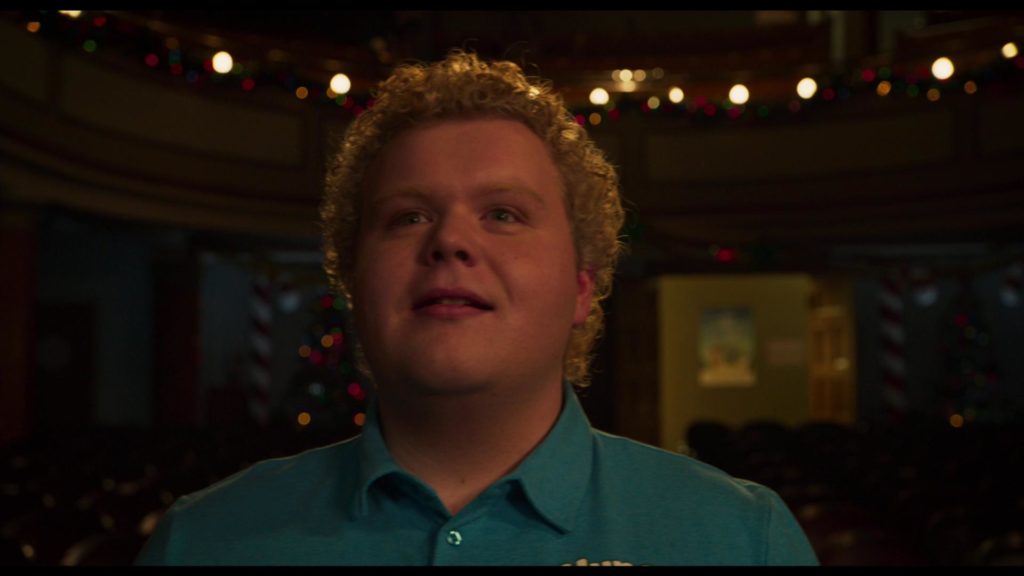 Overall, Bad Santa 2 was not a great experience for a day-one pickup.  The movie had its moments where I laughed, considering the bland storyline and the extensive used of forced humor throughout; this was not worth the money that I spent to pick it up on release day.  No amount of good picture quality or good audio quality can make up for how bad this movie was.  After all, it definitely was a cash grab by the studio and if you are on the fence about seeing this movie; I would personally advise you to wait for this film to drop below $10. 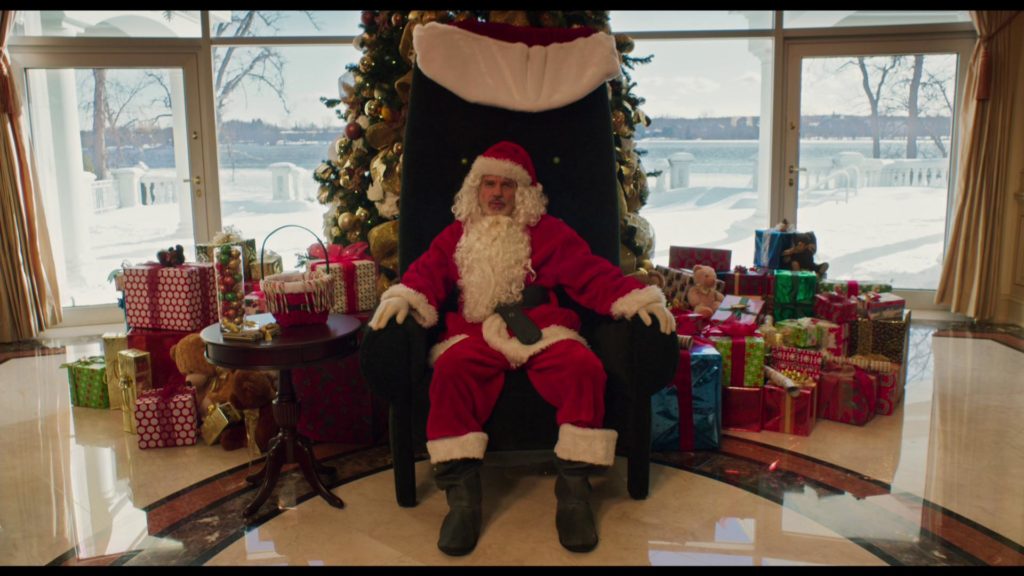