Every now and then a studio takes a chance on an original R-rated comedy and finds massive critical and box office success. Movies like The Hangover, Bridesmaids, Superbad, and American Pie immediately come to mind. These movies all saw massive success, and have made an everlasting impact on pop culture, with references that will live on in a generation forever. The pie scene, diarrhea at the dress shop, McLovin, and Alan; we all know these infamous scenes and characters. The latest entry into this R-rated comedy hall of fame is Bad Moms, which was released over the summer of 2016 to good reviews and an astounding $180 million at the box office.

Bad Moms stars an almost entirely female cast, with an All-star lineup starring Mila Kunis, Kristen Bell, Kathryn Hahn, Christina Applegate, Jada Pinkett Smith, and Annie Mumolo. The females dominate the screen, as the title may suggest, with only minor roles handed to men, with Jay Hernandez and David Walton playing the love interests, Clark Duke playing a small role as a millennial, hipster boss, and NFL star JJ Watt playing a small role as the school’s soccer coach. The story revolves around Kunis, Bell, and Hahn as their characters decide to rebel against the notoriously difficult standards set at their children’s school by the PTA (Parent-Teacher Association), which is run by Applegate and her two goonies, Smith and Mumolo. The plot remains very basic; there is too much pressure on Moms to be the perfect parent and too many regulations in today’s American schools, and the “Bad Moms” decide that it is time they had some fun. 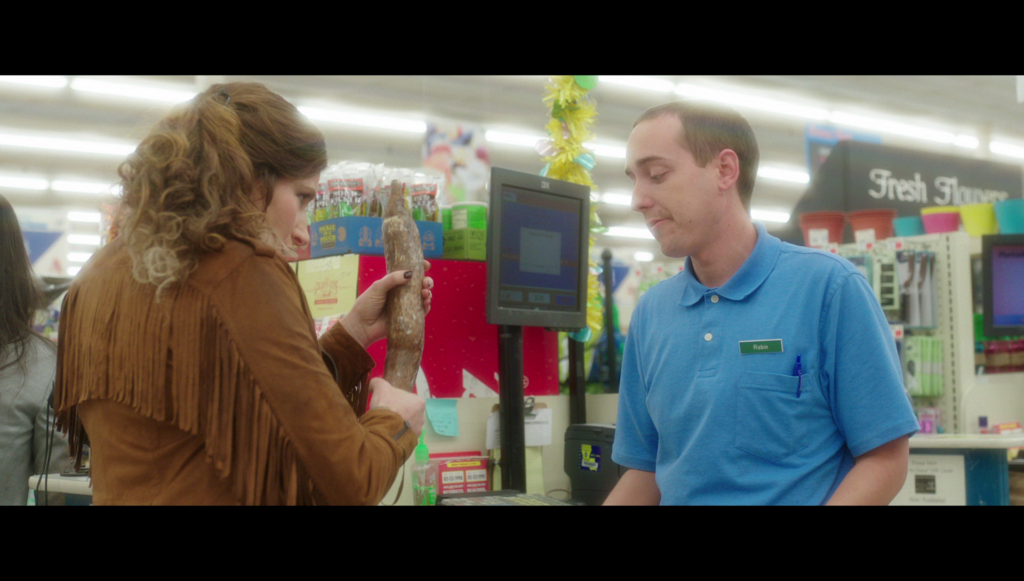 There are numerous laugh out loud scenes, like a drunken trip to a supermarket, Martha Stewart (it’s really her!) talking about her daily Jell-O shot routine, or a tirade about the stupidity of children. Kathryn Hahn is the real star, constantly bringing the laughs as the hyper-sexual single mom Carla, and Kristen Bell is hilarious as the innocent and shy Kiki, who finally finds a way out of her shell. Kunis is a solid lead, driving most of the film’s plot points forward with her storyline, and Applegate is excellent as the villain, playing a devilishly good PTA dictator as Gwendolyn, which is such a great name for an evil mom. Bad Moms is not an entirely deep film, with the only real underlying theme being a pretty standard “be yourself” type of deal, but if you are looking for a thought provoking and emotional film, Bad Moms isn’t for you anyway. 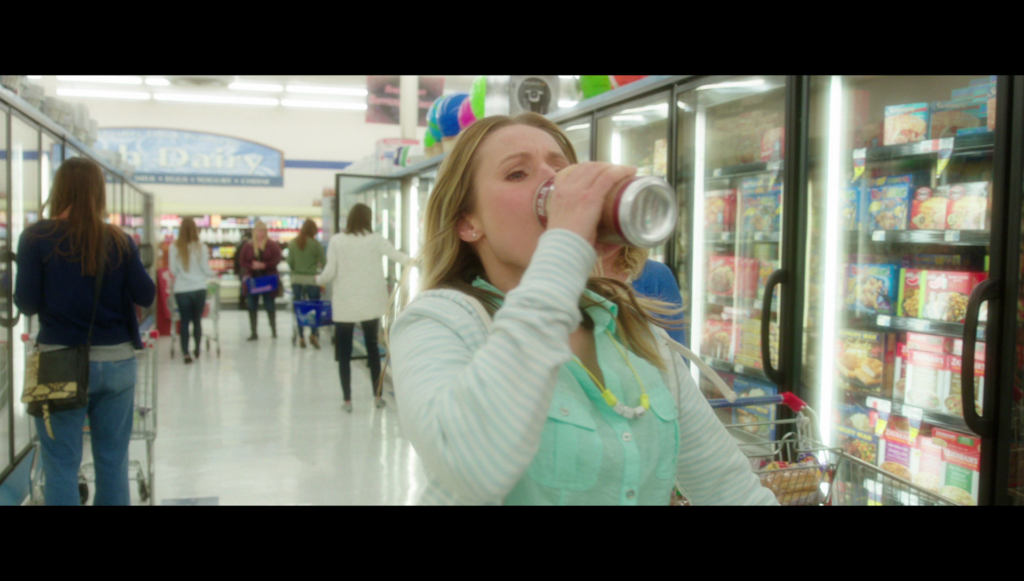 The humor in Bad Moms can be fairly specific, and it definitely appeals to parents first, as both Moms and Dads will have plenty of laughs. It is definitely targeted towards females, and I would be willing to bet that a very large portion of that $180 million haul came from females between 30-55. I worked in a school system myself for a while, and I know many people who still do as teachers and administrators, and so much of the humor was relevant to me, making Bad Moms a great experience for myself, even though I am not a parent. I do fear that those who are not parents will not appreciate the level of humor that could be had here, as I found myself not connecting with plenty of the jokes. There is definitely enough material to make the general public laugh, with tons of raunchy humor and situational comedy, but this is clearly intended for the Moms. If you are a parent, Mom or Dad, Bad Moms will likely be the funniest comedy you have seen in some time. I hesitantly recommend it to others, as it really draws on those experiences you have as a parent for its humor, but I do feel it is worth a shot. To the parents out there, don’t miss this one; it is the perfect movie for a night full of laughs.

There is limited information online about Bad Moms video specs, but from what can be gathered, it was shot on Arri Alexa cameras and likely finished as a standard 2K Digital Intermediate for theaters. To just look at screenshots with no other context, one would immediately say that it looks and feels like a modern comedy. The majority of scenes are very brightly lit and easy on the eyes, and everything has a clean, digital smoothness to it. Scenes taking place at night, like the party in the middle of the movie, are still easy to decipher and very bright for a night setting. 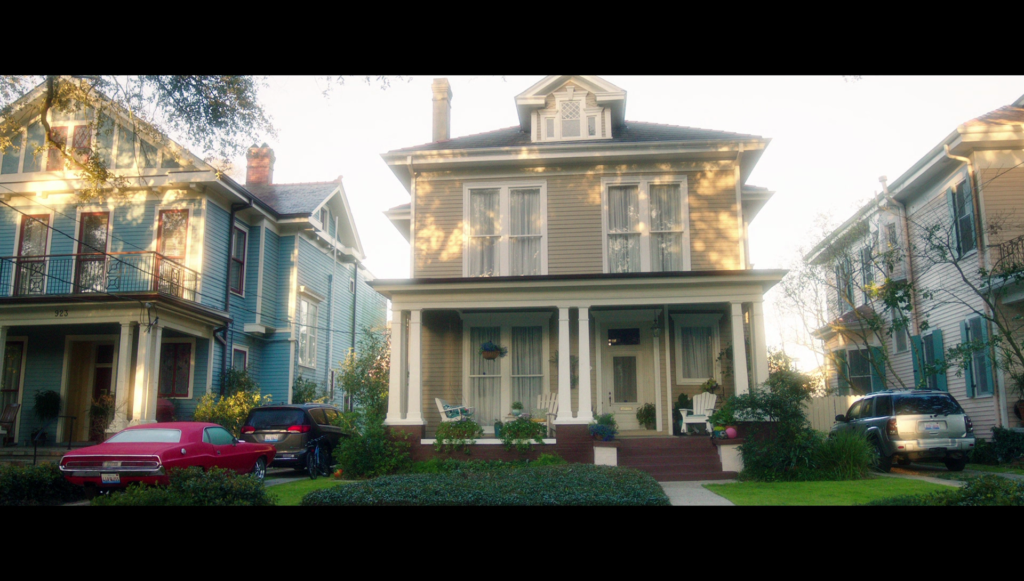 There were no noticeable issues with the video transfer, and Bad Moms is a great example of just how great the Blu-ray technology can make every modern movie look. It is becoming increasingly difficult to grade new releases like this, as the technology has progressed to a point where everything seems beautifully done. Bad Moms won’t win any technical awards, as the cinematography is simple enough and doesn’t provide any stunning sequences, but it looks appropriate in quality for a new release comedy.

Bad Moms features an impressive DTS-HD Master Audio 7.1 track that sounds great. There is not much to the audio, as the majority of the action takes place in a quiet, suburban neighborhood. The scenes that do not supply exciting audio for the 7.1 track to play with, like the party scene and the drunken stupor at the supermarket early in the film, are excellent. Dialogue was clear and mixed well within the 7.1 track, and no adjustments were ever needed in terms of volume. The majority of the sound comes from the front stereo speakers and center channel, and my SVS Prime Towers got more of a workout than usual, but performed admirably. 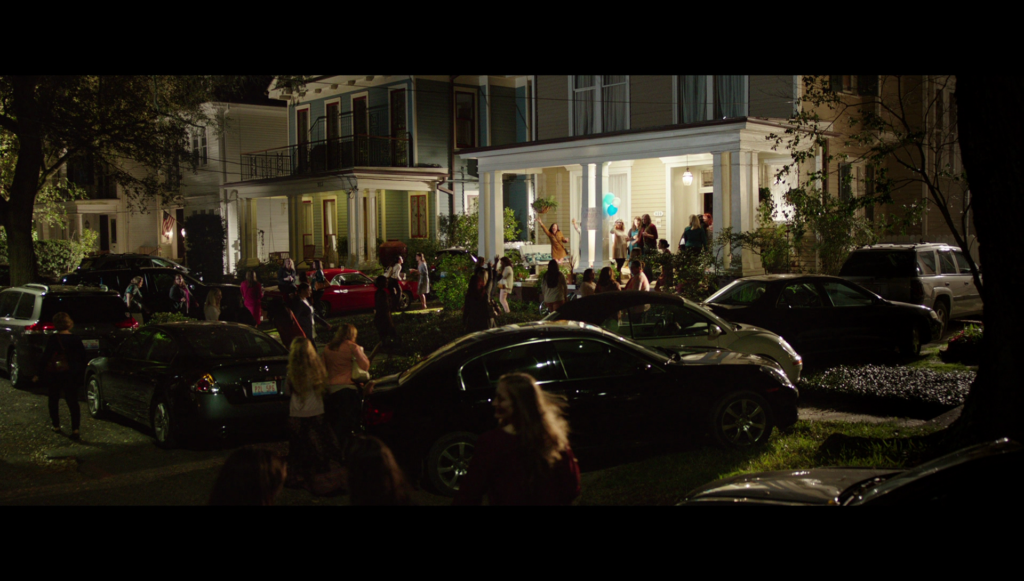 I would say that even though this is a 7.1 track, you can probably get away with just using a 2.1 setup or a high-end soundbar and experience a decent audio presentation, but as always, I recommend using at least a 5.1 system for any Blu-ray experience; otherwise, you are not taking full advantage of the technology and only seeing/hearing half of

Bad Moms comes packaged in a typical Blu-ray combo pack, with a Blu-ray disc, a DVD, and a Digital HD code for either iTunes or UV services. The first print run will feature a nicely embossed slipcover, but it is pretty standard fare for a new release. There are no other options available.

As for special features, there are just a few. There is a 6 minute gag reel, which will be very funny if you enjoyed the film, and four deleted scenes, which are mostly just shots of the actresses trying different lines and working on their improv. In the end credits, there are short snippets of interviews with the actresses and their real-life moms, and there is a 24 minute feature included here which elaborate on those interviews and offer some nice family moments, but not much insight into the film itself. The features are a decent addition, but at under an hour and with nothing focusing on the making of the film, they are not groundbreaking. 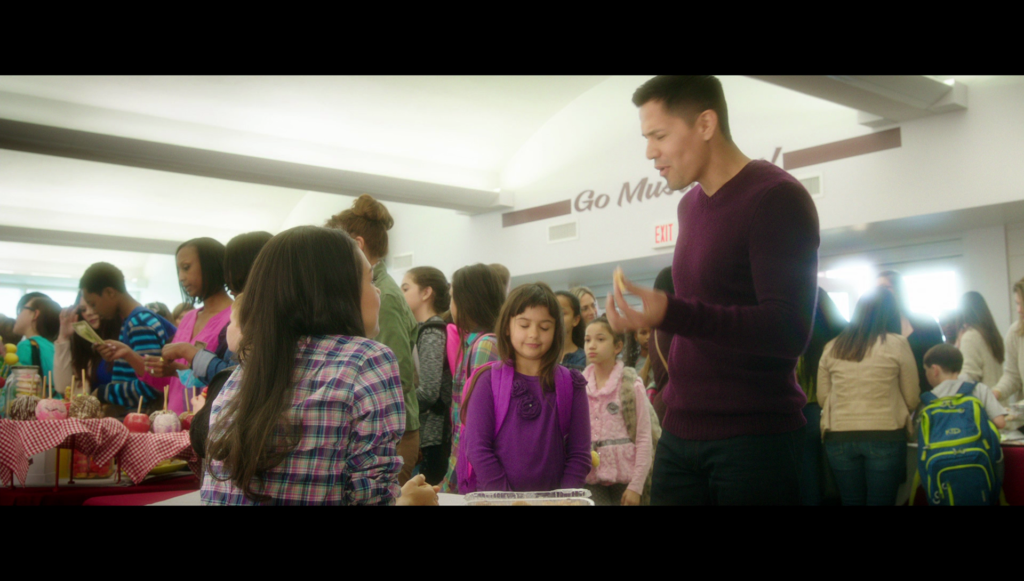 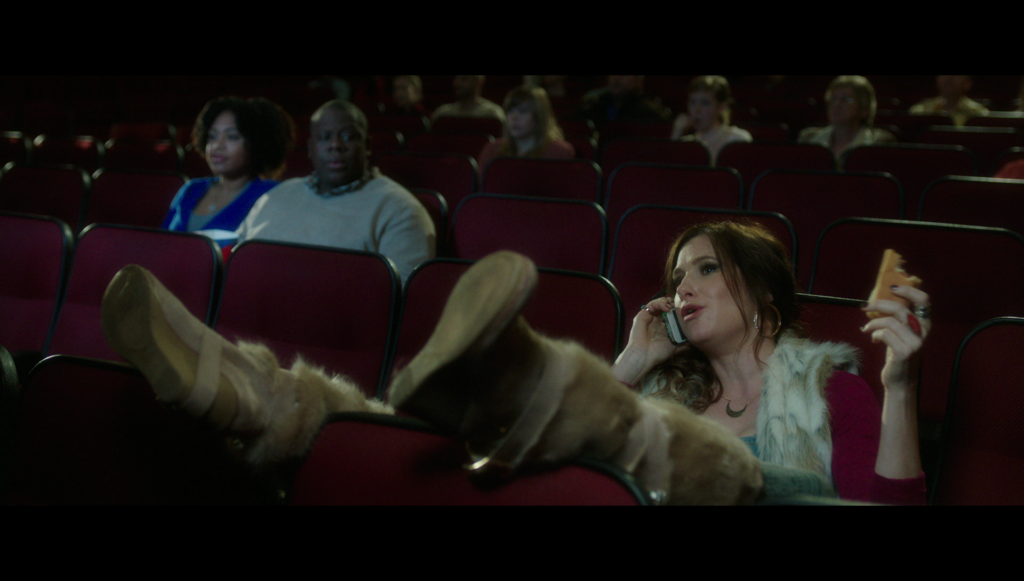 Bad Moms made a ton of money by targeting a specific audience, but I do fear that for the wrong crowd, this one might miss the mark entirely. It is clearly catered to appeal to parents, specifically mothers, and the younger 18-24 demographic that typically fills the seats for R-rated comedies probably skipped this one all together. I cautiously recommend a buy, as not being a parent myself, I did get enjoyment out of this one, but I know that it won’t be for everyone. The visual and audio merits are above average, even for a new release, but the content worries me. If you aren’t sure about the content and story here, a rental is strongly advised before you buy, as Bad Moms will either resonate with you, or leave you feeling alienated and on the outside looking in. Bad Moms can be found on Amazon or at retailers everywhere.