At Eternity’s Gate is a 2018 biographical drama film about the final years of painter Vincent van Gogh’s life.  The film was directed by Julian Schnabel, from a screenplay written by Schnabel, Louise Kugelberg, and Jean-Claude Carriere.  It stars Willem Dafoe as Van Gogh, Rupert Friend, Oscar Isaac, Mads Mikkelsen, Mathieu Amalric, Emannuelle Seigner, and Niels Arestrup.  It was also selected to be screened in the main competition section of the 75th Venice International Film Festival, and was released in the United States on November 16, 2018, by CBS Films.  For his performance, Dafoe was nominated for the Academy Award for Best Actor and Golden Globe Award for Best Actor — Motion Picture Drama, among others.

According to the review aggregator website, Rotten Tomatoes, the film holds an overall approval rating of 81% based on the 108 reviews that have been submitted, with an average rating of 7.4/10.  The critical consensus reads, “Led by mesmerizing work from Willem Dafoe in the central role, At Eternity’s Gate intriguingly imagines Vincent Van Gogh’s troubled final days.”  Metacritic gives the film a weighted average score of 78 out of 100, based on 32 critics, indicating “generally favorable reviews”. 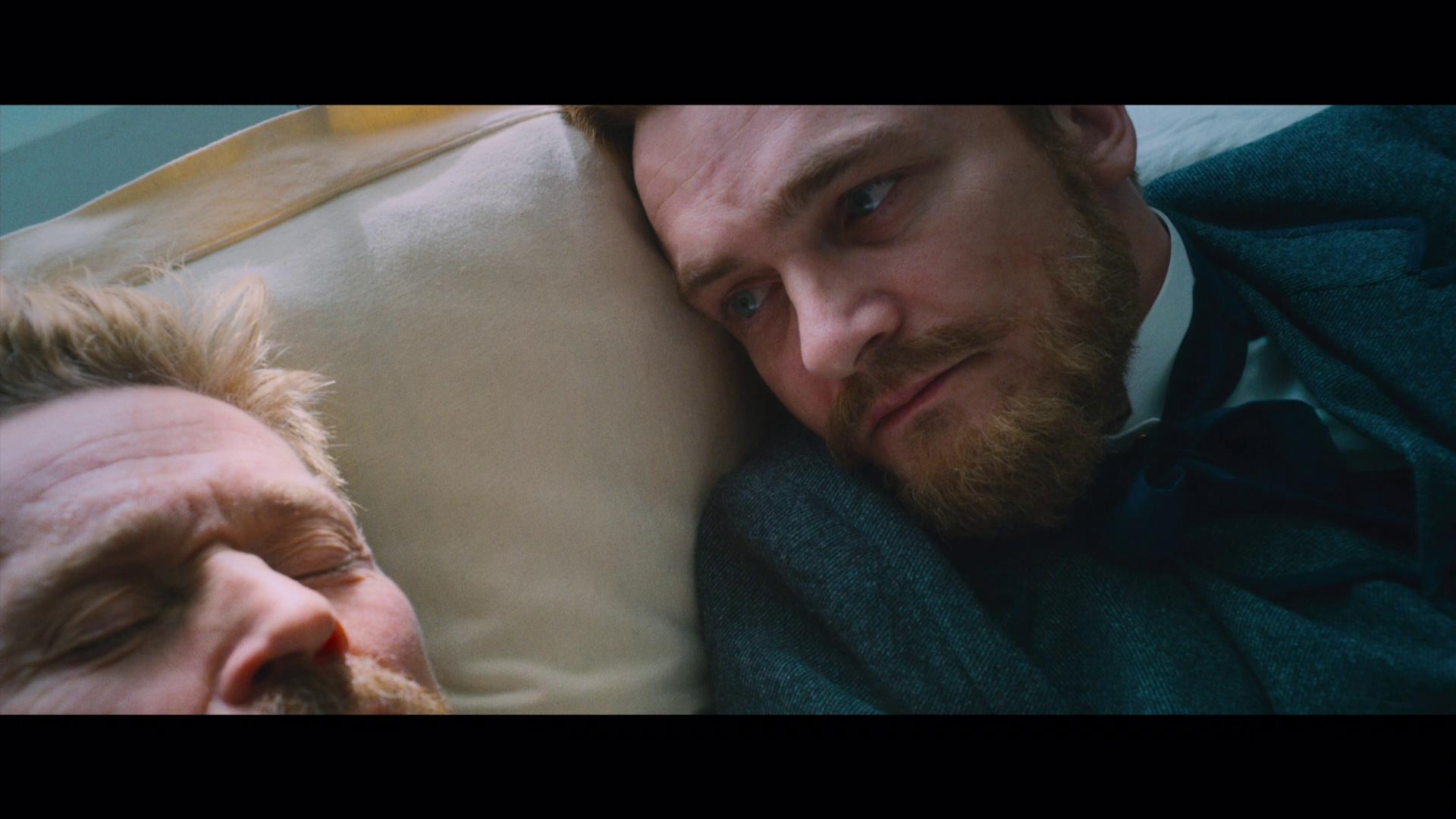 At Eternity’s Gate is a movie that isn’t obviously for everyone.  With its more of an artistic approach at relaying those final few years of Van Gogh’s life, the focus is directed more toward his personality, his vision, and the unique things that he as an artist had seen from day to day.  While there really isn’t much of anything exciting that happens with this story, there are a significant number of very beautiful pieces that will visually pop; and with Dafoe’s performance, he provides yet another masterful experience that can really only be recognized by those that are into movies like this one.  Overall, this isn’t something that I can say that I’ll be re-visiting quickly as there’s a good bit of information to take in; but, this is definitely one of the better pieces that I’ve personally seen featuring the painter. 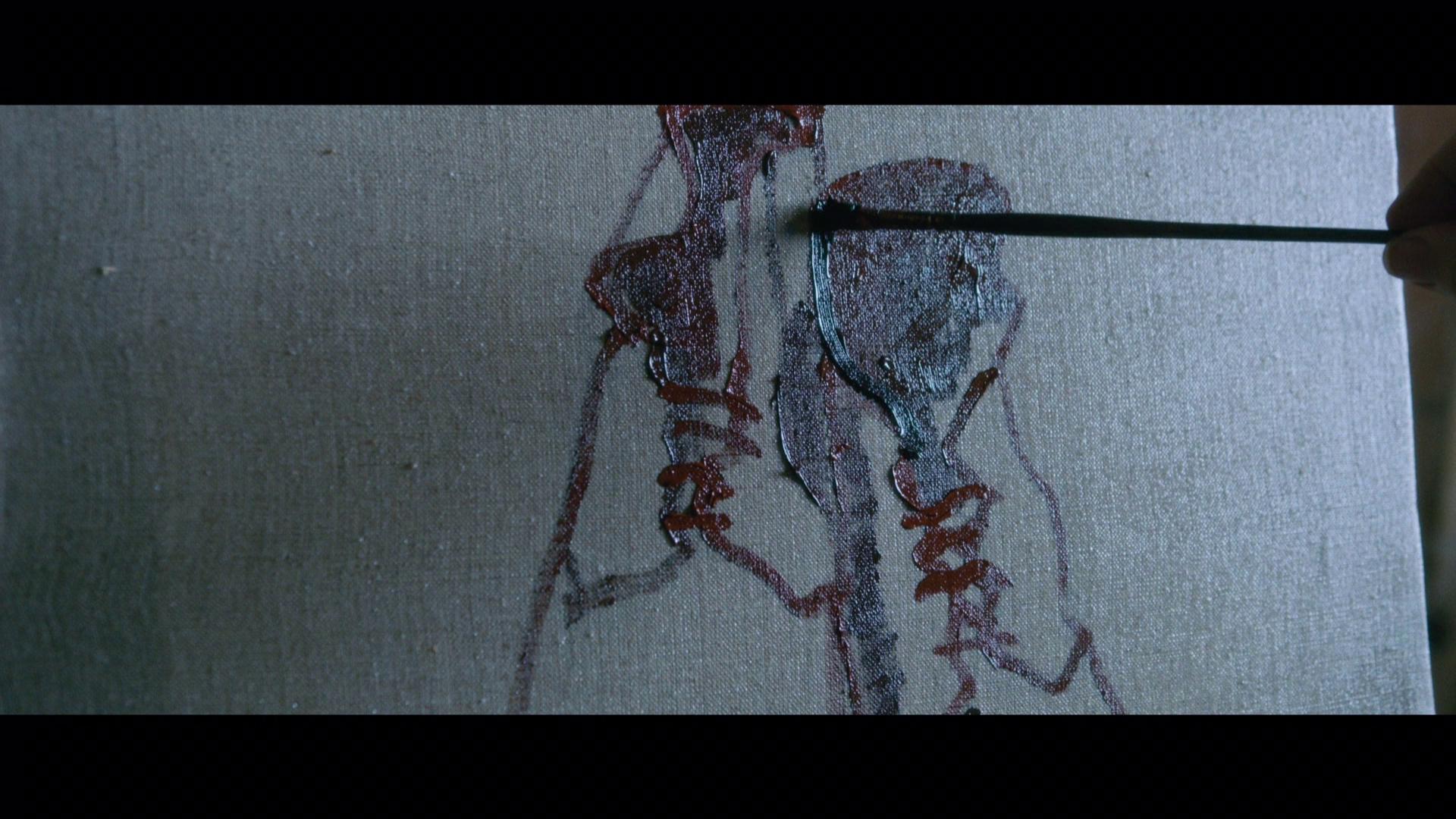 The overall visual presentation that comes with the Blu-ray release of At Eternity’s Gate provides viewers with a clean look into not only his life and the struggles that Van Gogh went through; but, the attention to detail is certainly noticed as this is a nice period piece to feature the late 1800’s.  There really aren’t any bright or vivid colors, but the sharp and semi-gritty and washed out color palette helped in conveying the standard lifestyle of this time period, and really helped to make my wife and I notice more of the environmental aspects of the story, and really appreciate things as if they were being seen through Van Gogh’s eyes. 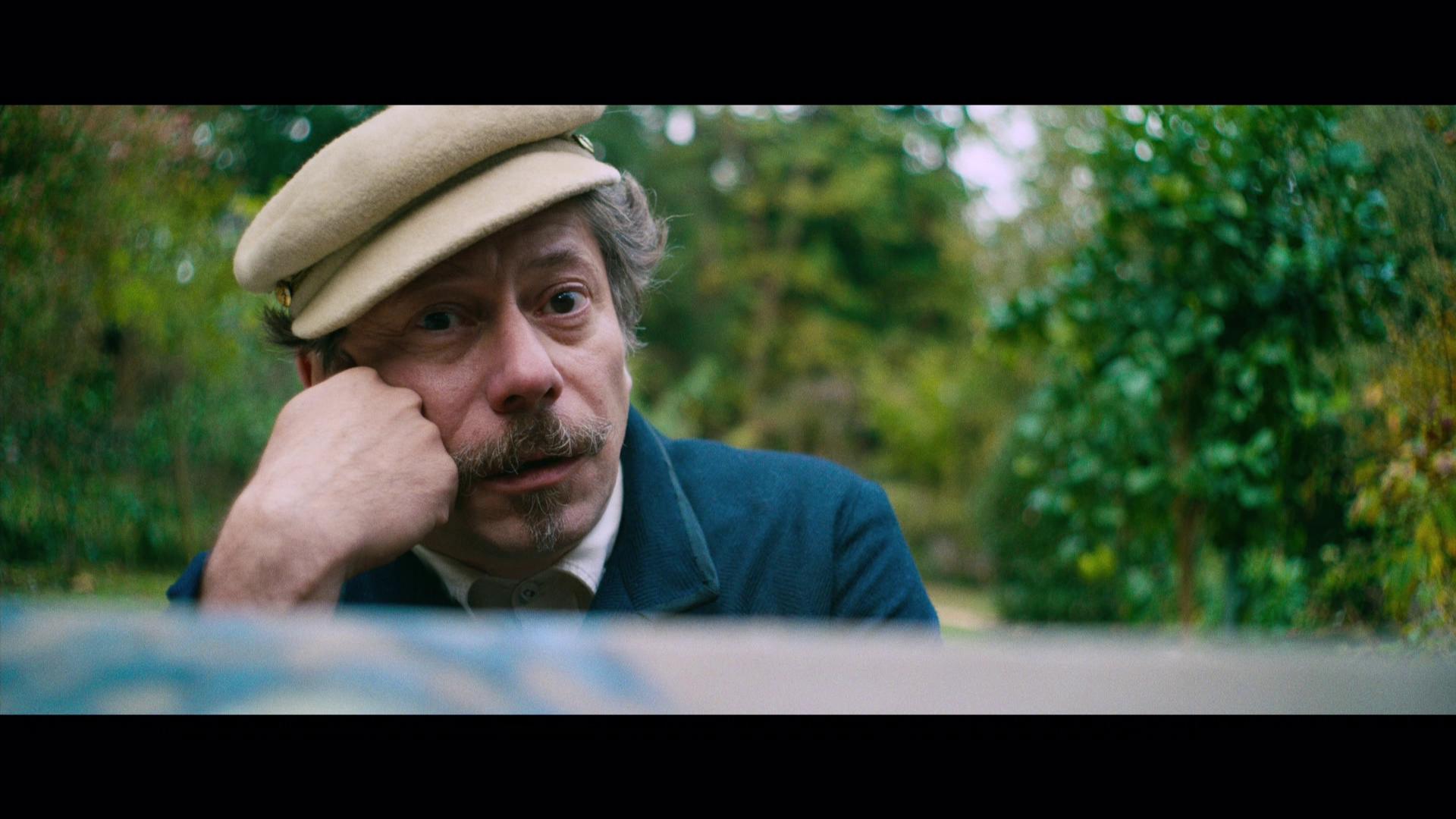 Packaged with an English DTS-HD Master Audio 5.1 mix, the Blu-ray release of At Eternity’s Gate offers an insanely clean experience and telling of these years of Van Gogh’s life.  While there really aren’t any moments that featured anything exciting or really allowed for this track to rip through my home theater system, everything was clean and easily understandable.  The dialogue is definitely the most important piece to this track, and it’s presented in a manner that there’s absolutely no distortion and no need to manually adjust the volume as it progresses onward. 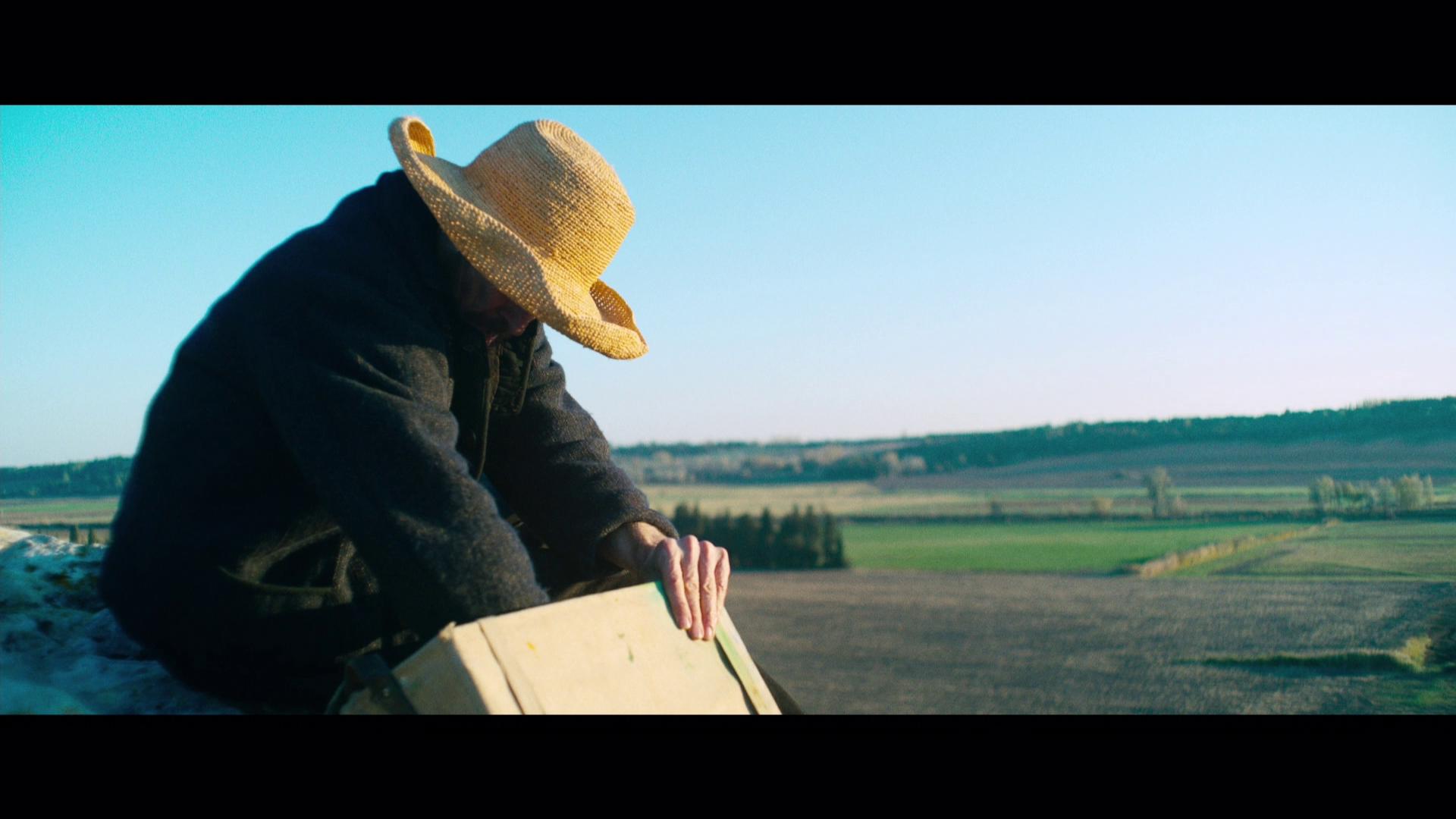 The Blu-ray release of At Eternity’s Gate comes packaged in your standard single-disc Blu-ray amaray case.  Within that case, the standard Blu-ray copy of the movie.  The disc, featuring no artwork that’s related to the movie outside of the standard release text and generically solid blue background.  There are no DVD copies of the movie included with this release; but, there is a digital copy redemption pamphlet as well as a slipcover that’s been made available during the original pressing of the release that features the same artwork that’s been made available on the case. 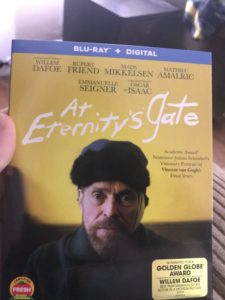 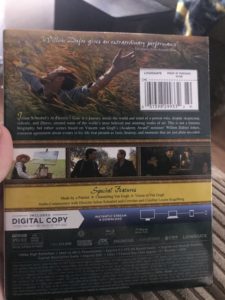 There are a handful of additional features that have been included with the Blu-ray release of At Eternity’s Gate.  Mostly sharing the experiences that were had during the pre-production phases, I personally would have loved to have seen more historical data being presented about Van Gogh in this section.  While the content that was included was definitely appreciated as you follow along with the director and one of the co-writers/editors; but, I think there could have been more considering the notoriety of Van Gogh’s work.  Included with this release is: 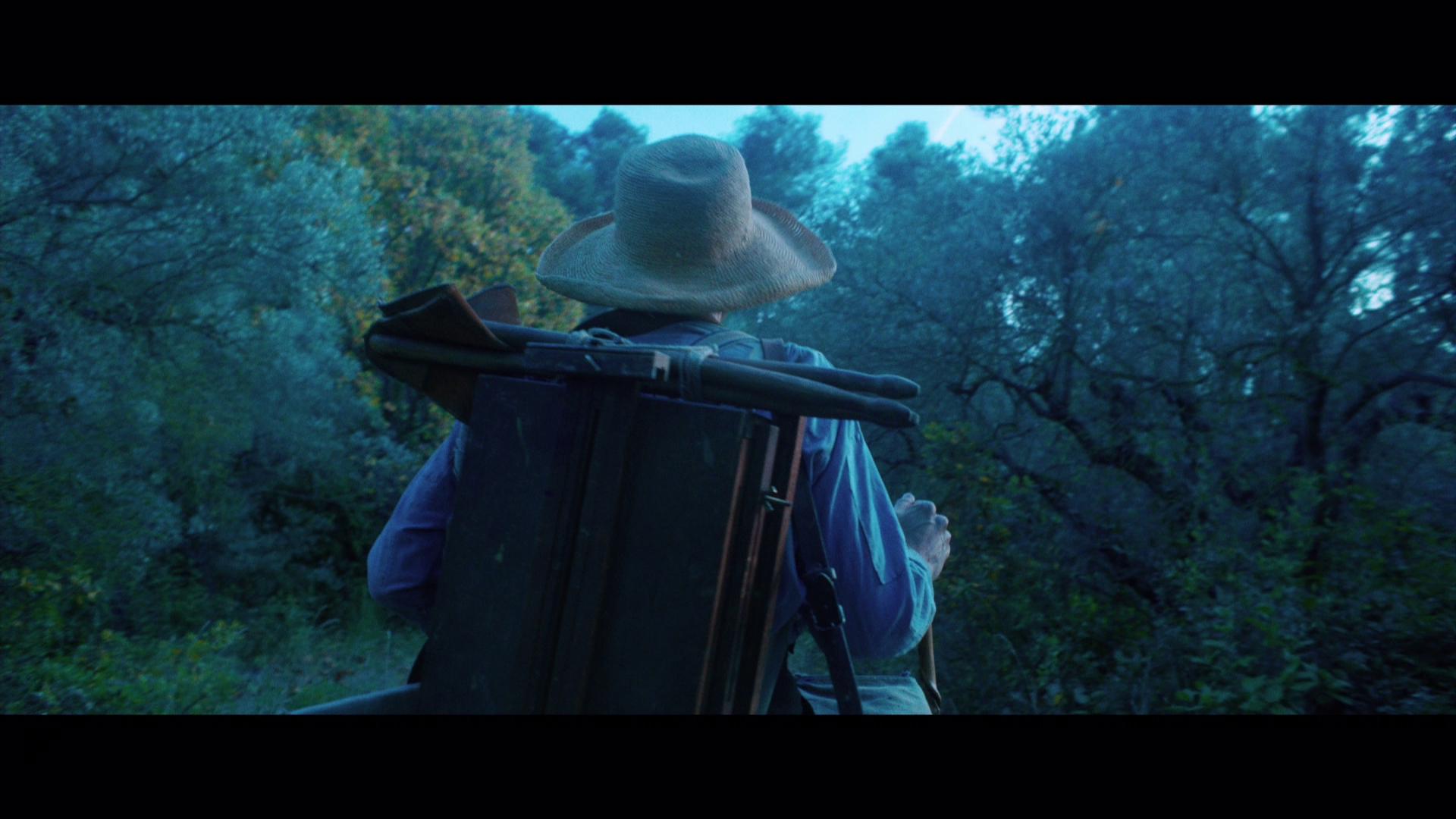 I’ll be honest, it took a little bit for me to get into At Eternity’s Gate.  As we sat down to watch this last night, we weren’t quite sure of what to expect as we hadn’t seen any promotional material for the movie beforehand; and as you should expect, the overall experience is a considerably artistic one, and one that does a really great job at making you feel as if you’re sitting down there with the famous artist himself.  As far as historical accuracies, I can’t really attest to them; but, the overall experience was one that offers a lot of information to swallow as you watch along.  The visual and audio presentation of the Blu-ray release were right on par with what I personally expected with a standard Blu-ray release, and everything was presented in a considerably clean manner.  The special features were a nice touch; but there could have been more.  If you’re interested in adding this title to your collection, I can only recommend it if you are a fan of art history, or more of the artistic elements that accompany films.  At Eternity’s Gate will be available on Blu-ray and DVD beginning on February 12. 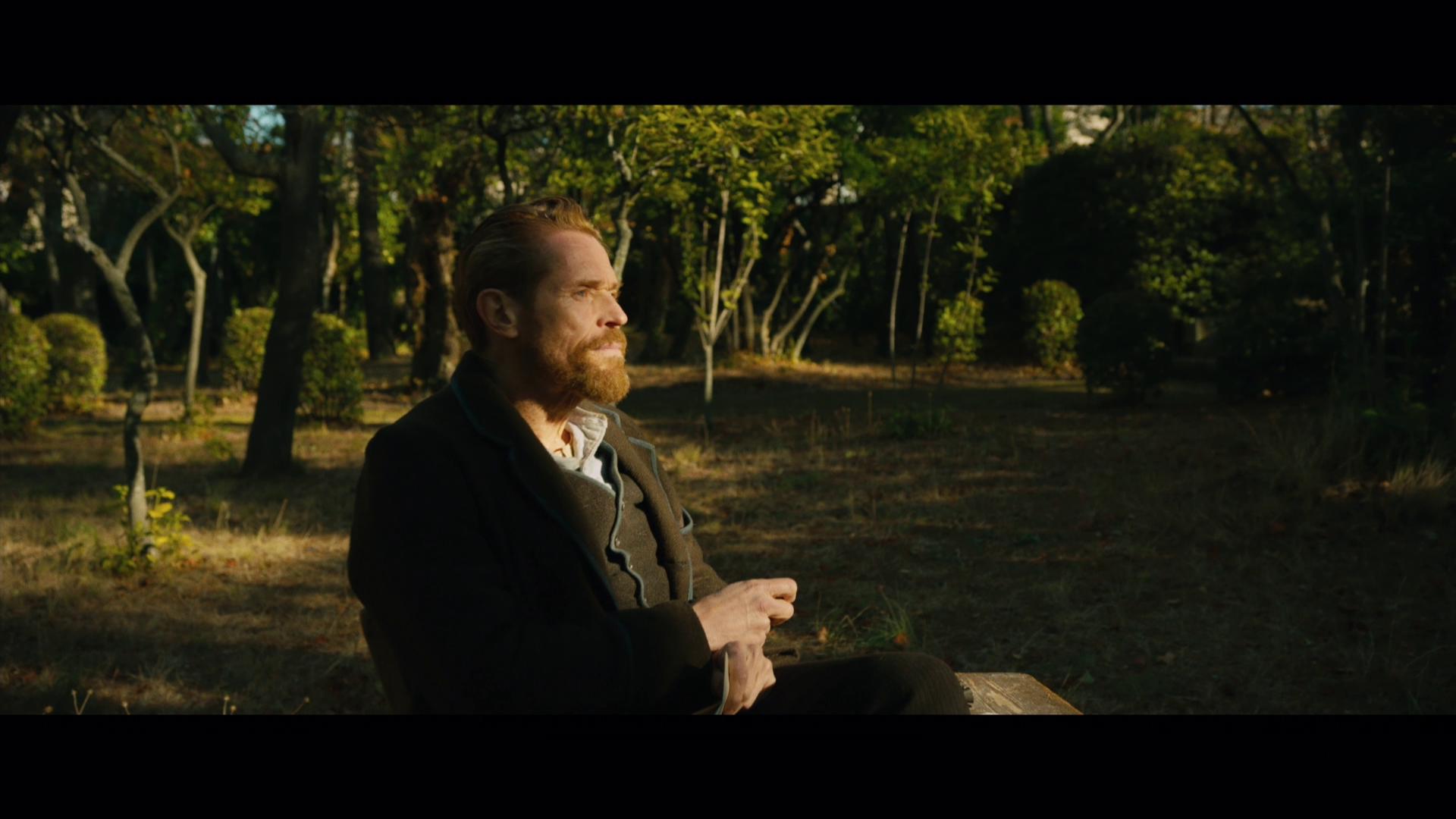