Astro is a 2018 science fiction action film written and directed by Asif Akbar. The film stars Gary Daniels, Marshal Hilton and Courtney Akbar. Astro shoots for the stars but barely makes it off the launch pad.

The plot follows Jack( Daniels) and Laura(Akbar) Adams, a father daughter duo, who are visited by Jack’s old army buddies on his birthday. Jack is offered a job by his old friend Alex Biggs(Hilton). Unbeknownst to Jack, the job offer involves an alien, called Subject A(played by Luke Gregory Crosby). Jack’s connection to this alien draws attention from Alex’s alien masters, Viktor Khol(played by Louis Mandylor) and assistant Vivian(played by Max Wasa). 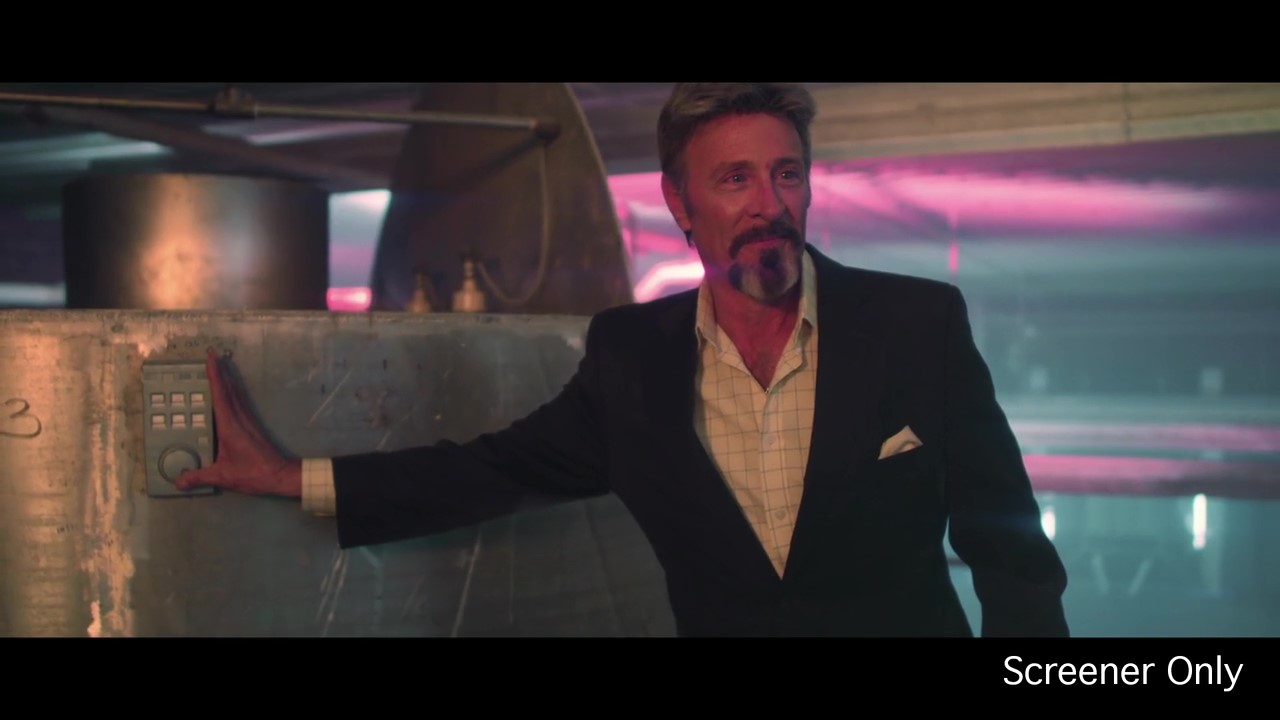 The film seems to be trying to tell three stories at once, none of them very well. It can’t decide if it wants to tell Jack’s story of former special forces being offered one last secretive mission. Or Subject A’s story of alien captured by humans and forced to deal with being held captive. Or the story of Laura, whose story is another mix of multiple stories. Being abandoned by her father, them getting attacked in their home, Alex’s creepy son(played by Orson Chaplin) making sexual advances on her. Laura goes through a lot in her own right. It jumps between all of this throughout the hour forty minute film and it gets complex. There is to much going on in the film for its own good.

Throughout the film there are a lot of weird moments. A scene where Laura needs to use her inhaler, which is only mentioned once, Jack picks her up to carry her to the inhaler. He stops to shout at her to breath and continues to do that while Laura is having a near death experience by seeing her dead mother(played by Dominique Swain). It was meant to be emotional, but came off as comical as shouting at Laura was supposed to do the same as an inhaler. The entire story line of Alex’s creepy son, Charlie, feels entirely out of place. He appears early one, making creepy remarks to Laura and getting to close to her only to disappear for most of the film. He reappears on the news because after the recent Me Too movement he was accused of sexual assault. The dialogue is extremely unhelpful as it exacerbates the situation. One scene Jack out of place just starts saying ages of himself, his daughter and their horse that appears in one scene. The dialogue ranges from mild to extremely bad. A lot of lines feel unnatural said out loud. Like cooking dork and biological mood ring. 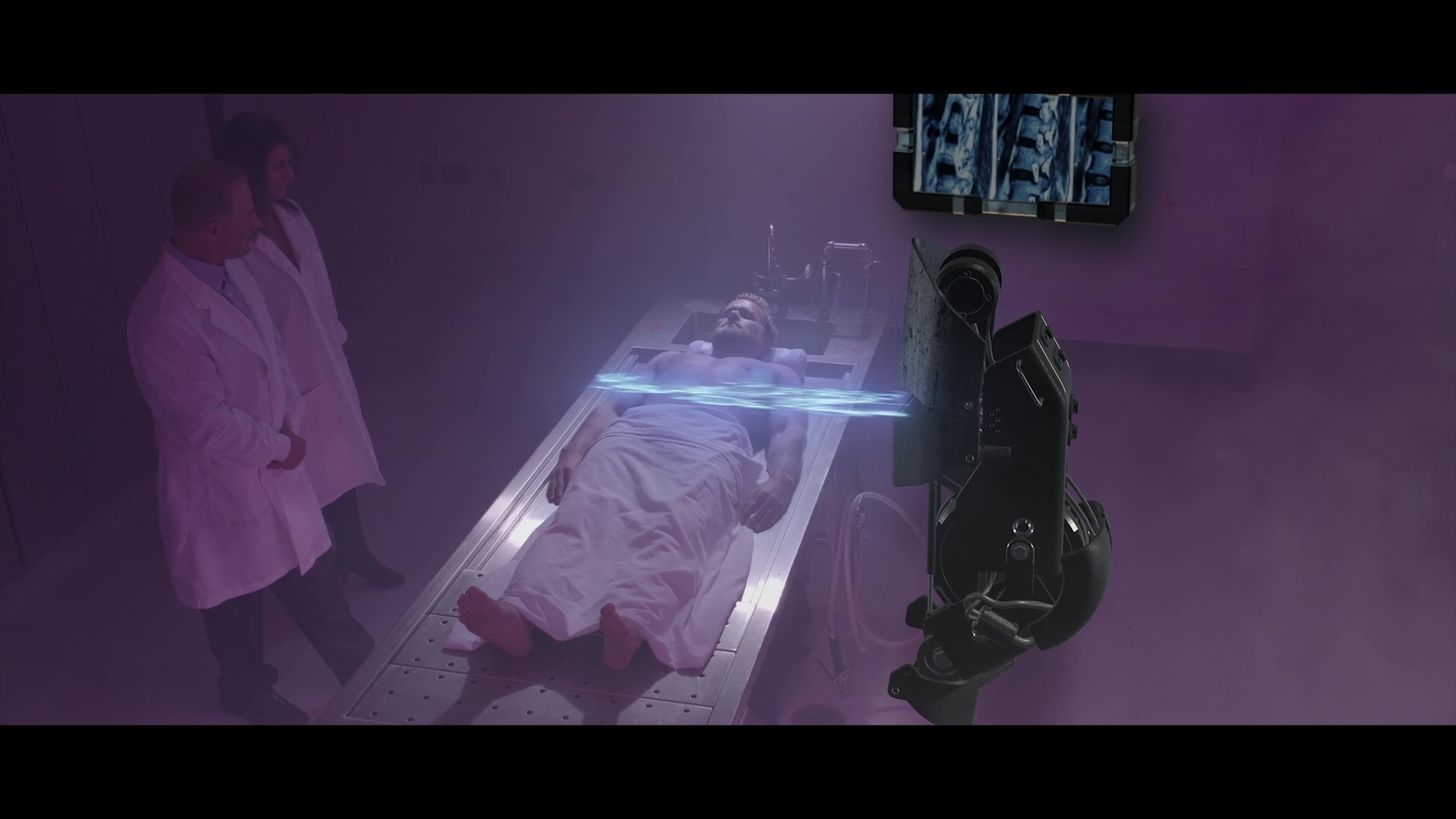 The acting, like the dialogue range from mild to very bad. The worst actors in the film are Uncle Kevin’s(played by Christopher Showerman) family. The wife and child(neither of whom are listed in the credits as far as I could tell) were extremely forced and robotic sounding. They didn’t have many speaking lines and they appeared extremely uncomfortable in front of the camera. Many of the actors with few speaking lines felt like this was their first role. Most were passable, but not particularly good. Courtney Akbar’s acting in the film felt very stiff through most of it. She had some moments, but mostly felt stiff and uncomfortable. The rest of the cast was fine, with no other noticeable stiffness or unease.

The biggest divide in the film was the special effects. The CGI used in the film was just bad. The ship the film is named after, Astro, doesn’t appear much in the film and this is a good thing because the CGI used for it looked like something out of the early 2000s. The cryogenic freezing scenes, the laser knife(yes, there was a laserknife), alien technology that all used CGI all looked cheap and noticeably fake. The practical effects, also including the sets and most of the fight sequences were actually pretty good. The blood looked real, broken pieces of glass looked like they were that. Subject A looked alien enough and didn’t look overly tacky. The sets were extremely nice, especially the lab used to hold Subject A. The sets felt like real locations. The fight sequences overall also felt solid and well done. A knife fight late in the film felt a little over done with choreography, but still over all felt and looked good.

Some Extra Thoughts: Mother and daughter look extremely similar which leads to a weird moment. Jack is dreaming about his wife and she starts to kiss him, but she looks like his daughter so it looks bad. Visitors arrive at their ranch house, Jack grabs a shotgun. Jack and Laura’s house is shot at with no regard for safety, but then the soldiers want to take them prisoner. After the shootout and getting Laura to safety, Jack starts saying he will accept Alex’s job offer, seemingly right after he was shot at. A strange scene involving archery is there. Both are shown to be good shots with bow and arrows and it is never shown or mentioned again. Ends on a cliffhanger, is there a sequel coming? 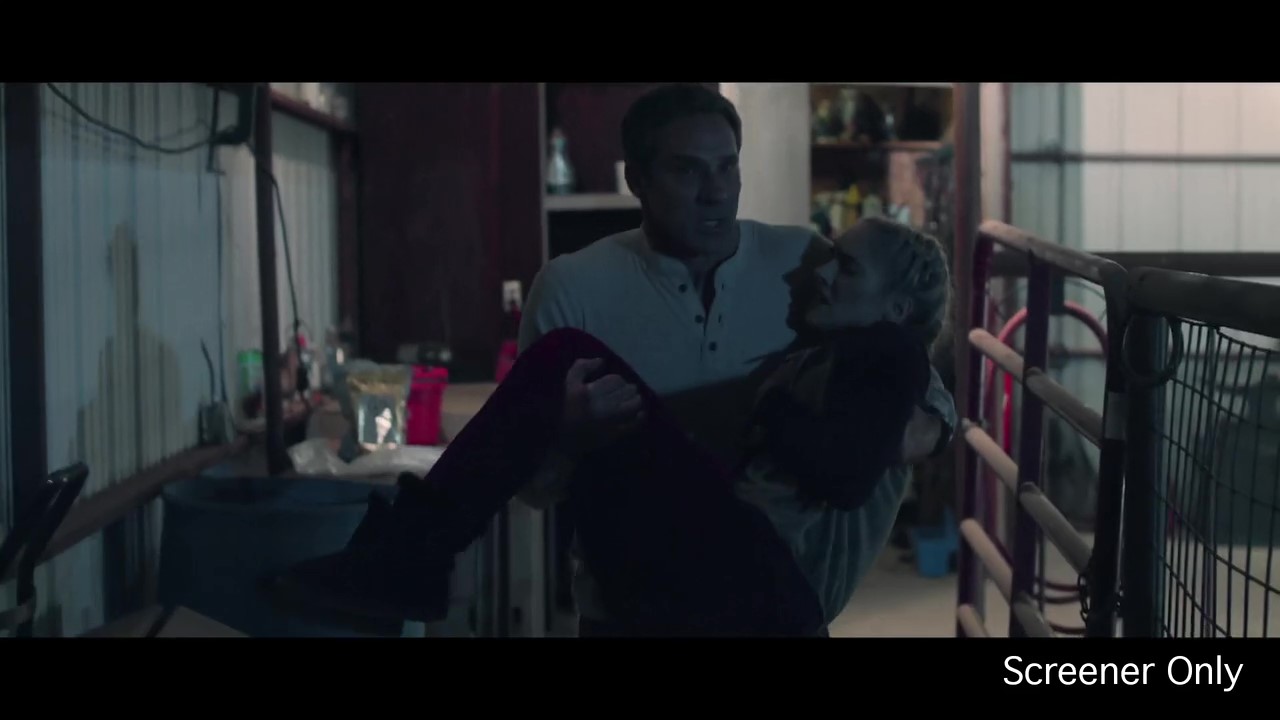 The audio is adequate. The dialogue is clear for the most part, a few moments have a bad mix of music, dialogue and bad acoustics in the location. The score music all feels off, like it was meant for another film but was placed in this film instead. 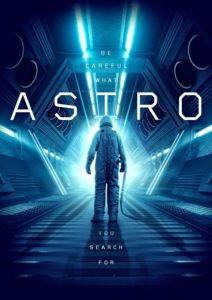 Astro comes out in theaters on June 8th.

Astro has lofty goals and fails to hit most of them. It feels like a film that was made by and for friends of the cast. There are a few positives, but not enough to recommend the film to anyone besides hardcore fans of cast members.