Ash vs Evil Dead is an American comedy horror television series that was developed by Sam Raimi, Ivan Raimi, and Tom Specially for the Stars network filmed in New Zealand. It is set in Raimi’s Evil Dead universe, with Bruce Campbell reprising his role as Ash Williams, and acts as a sequel to the original trilogy.

The series is set approximately 30 years after the first three Evil Dead films’ and serves as a sequel to that trilogy. Ash Williams works at the “Value Stop” as a simple stock boy. Also working at the store is his friend Pablo and the object of Pablo’s affections, Kelly. Ash has seemingly done very little with his life since returning from 1300AD at the end of Army of Darkness, and the beginning of the series sees him living in a railer and drinking alone in bars. However, Ash must soon renounce his routine existence and become a hero once more by taking up arms and facing the titular Evil Dead. Pablo and Kelly decide to join him on his quest to save humanity.

Ray Santiago, Dana DeLorenzo, and Lucy Lawless also star. The series is executive produced by Campbell, Raimi, Craig DiGregorio, and Robert Tapert, who produced all four Evil Dead films. The series premiered on October 31, 2015. Three days before the series’ premiere, Stars renewed it for a second season, which premiered on October 2, 2016. On October 7, 2016, while at the New York Comic Con, Stars announced that the series had been renewed for a third season which premiered on February 25, 2018. On April 20, 2018, it was announced that the series had been cancelled after three seasons. 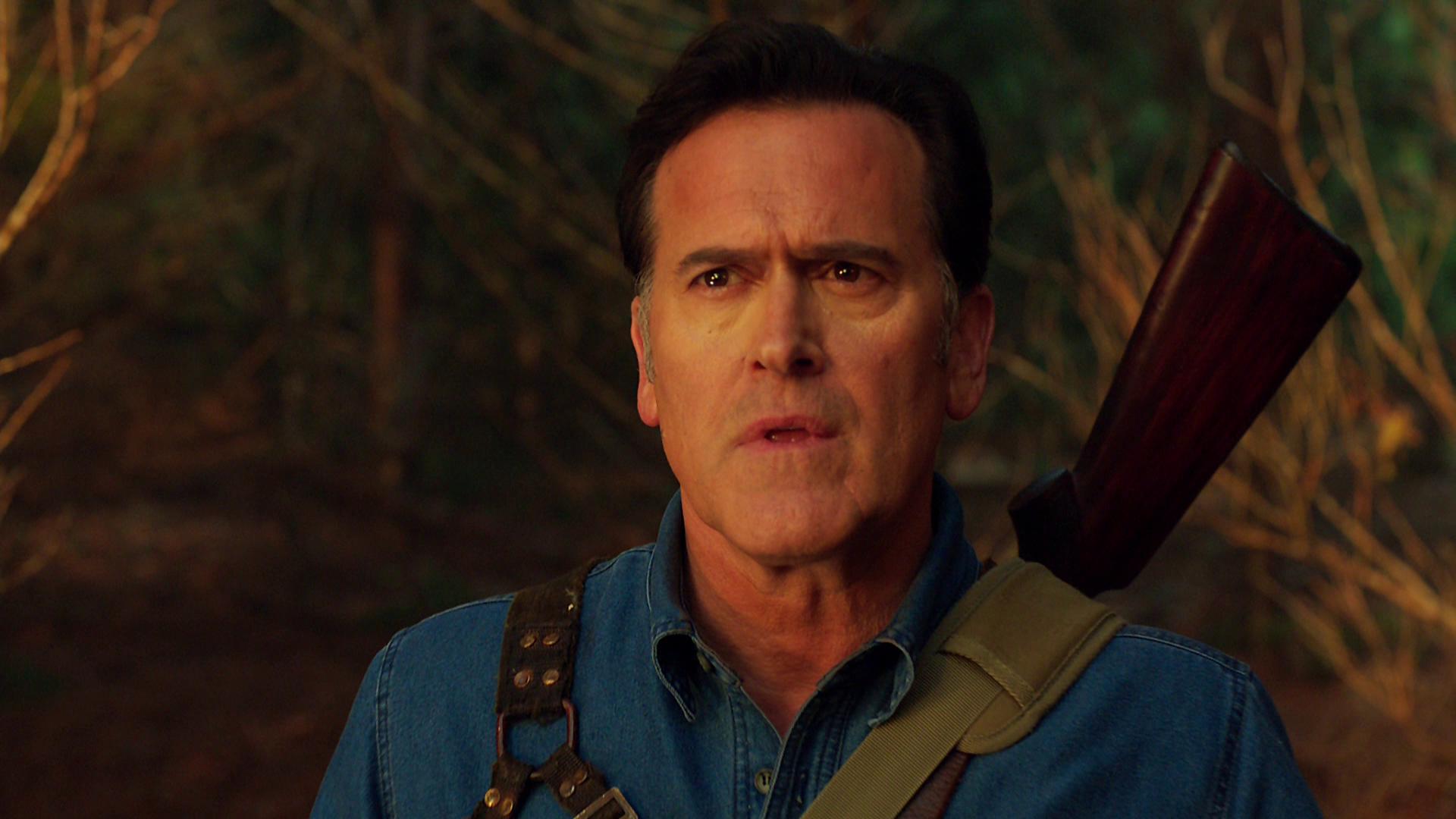 Ash vs Evil Dead is a show that has not only delivered with every episode; but it’s one that takes the entire concept of implementing a little bit of “stupid” to allow things to work. Providing audiences with an extremely loopy, and entertaining adventure, Bruce Campbell and his friends really take things up a notch as each season progresses onward.  There are cameos from various people that helps give each season a refreshing feeling, and to help prevent things from going a little stale.  Overall, I feel that it was a mistake to end up cancelling the series like they did. 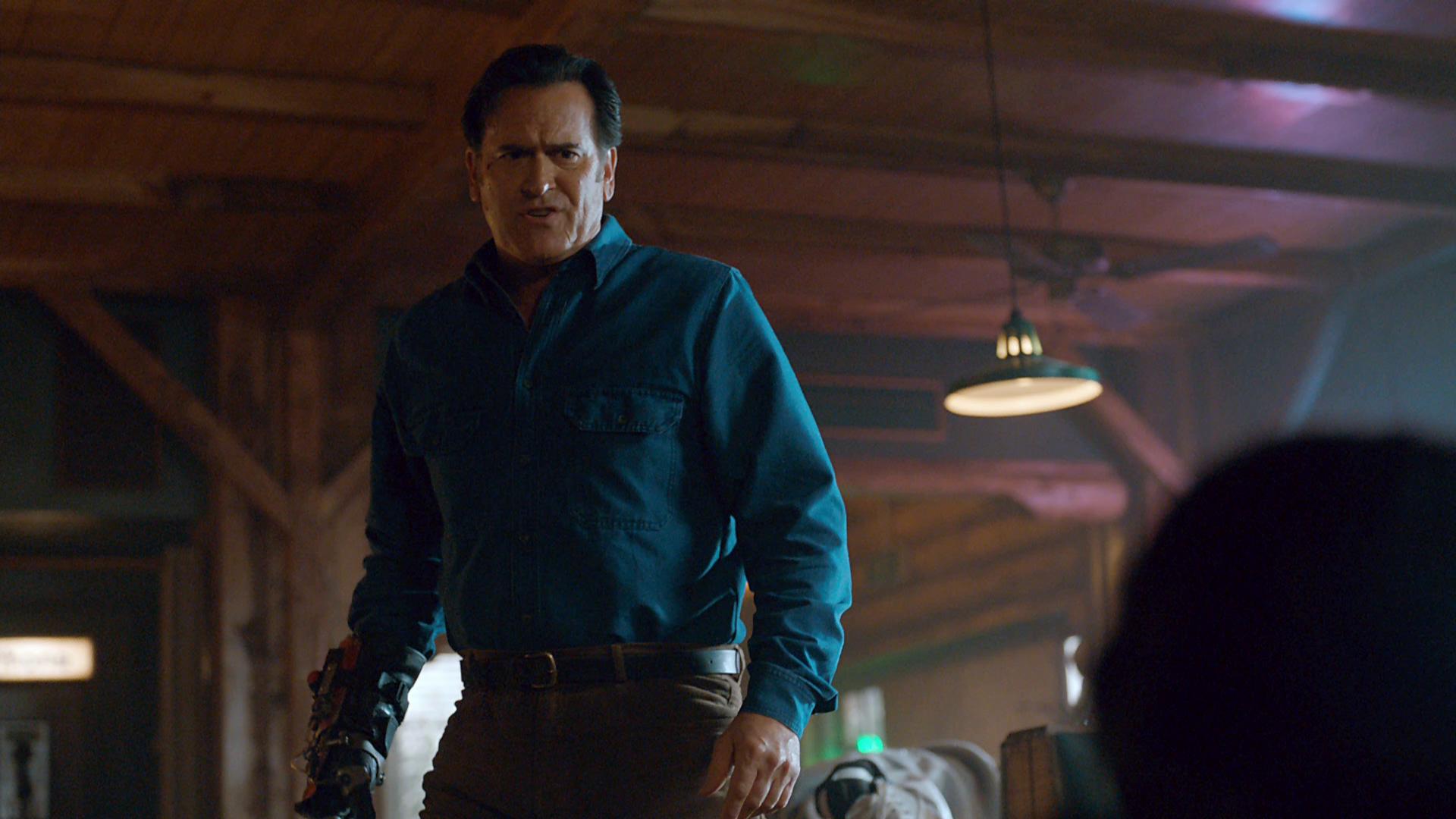 As another series that I had previously seen as it aired, Ash vs Evil Dead on Blu-ray looked absolutely beautiful as it played out across my living room television.  Giving its viewers a richer and sharper presentation, the Blu-ray provides a much more real experience than its broadcasted counterpart.  Special effects were really well blended in with the natural elements, offering an ultimately defined experience as the sillyness continues. 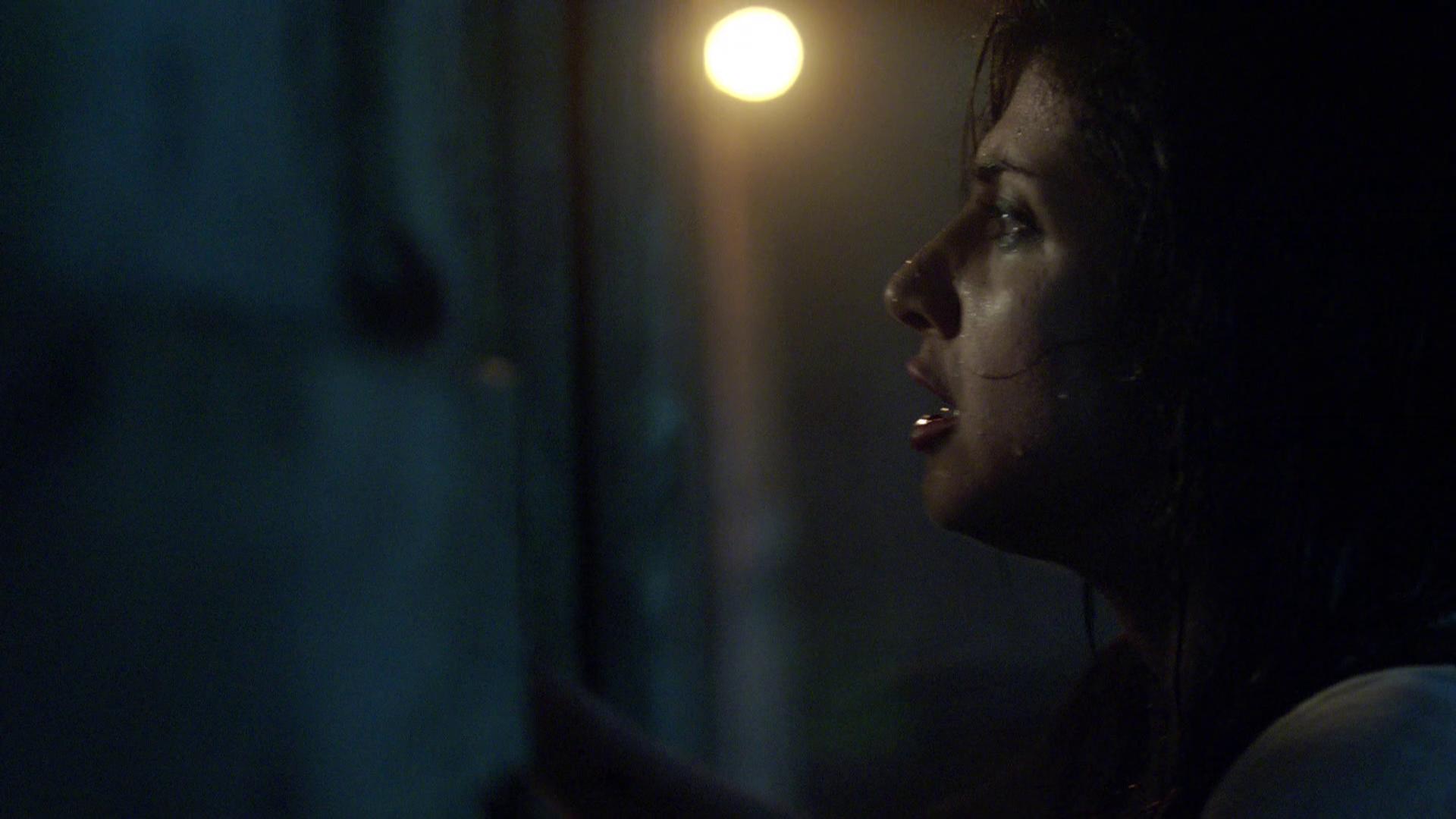 Bundled with a Dolby TrueHD 7.1 mix, Ash vs Evil Dead practically offers an absolutely immersive experience for its viewers that are able to make use of the technology.  While it doesn’t include the use of the elevation aspect, the power that roars through the channels available from within were enough to make everything really enjoyable.  The transitions from channel to channel were effortless, allowing for awareness of the viewers location in relation to the screen.  Dialogue is spoken cleanly, and allows for everyone to be heard and understood without having to manually adjust the volume levels at all. 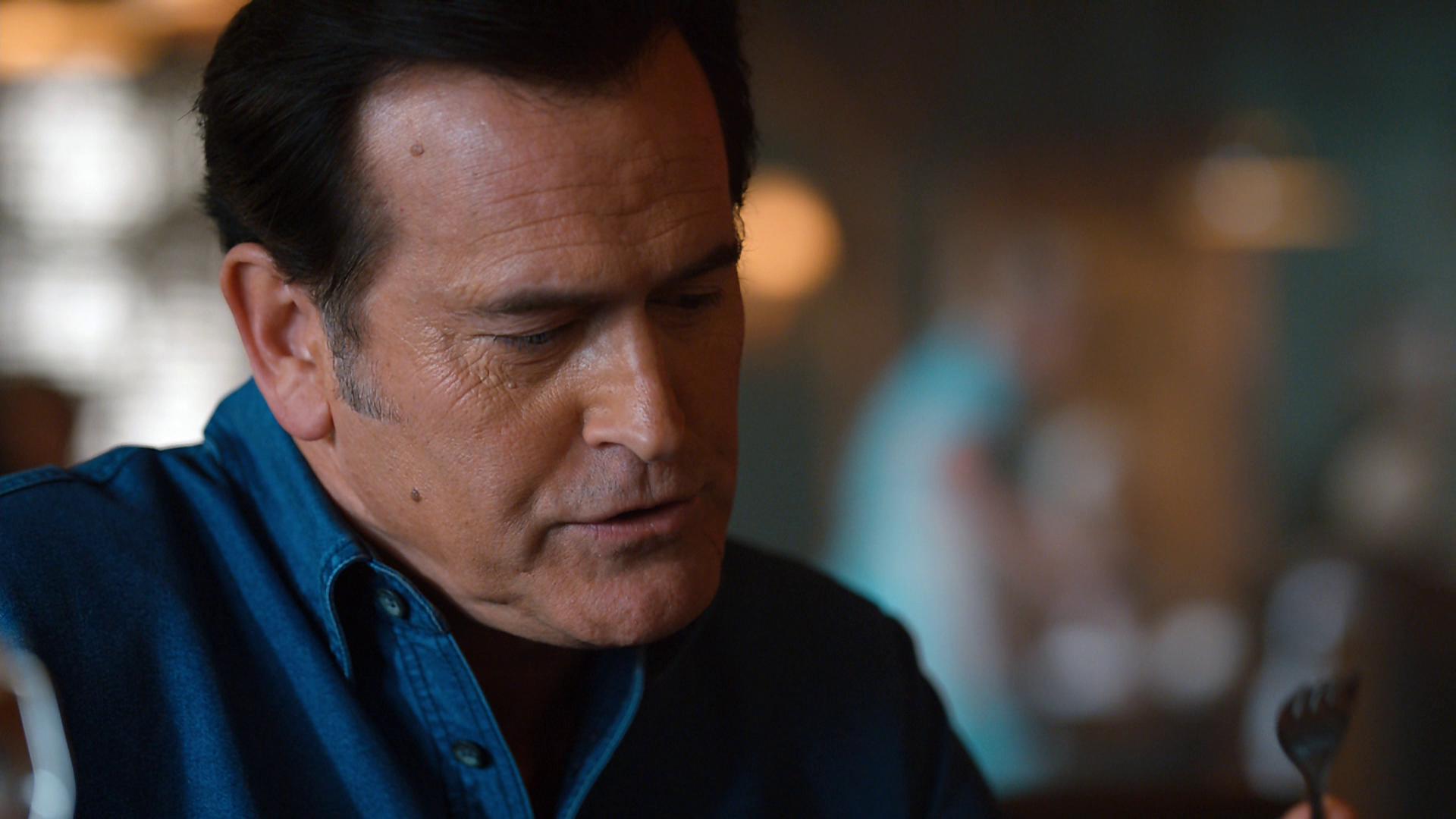 Ash vs Evil Dead: The Complete Collection comes packaged in a six-disc Blu-ray amaray case.  Within the case are the six Blu-rays that make up the entire series, each seasons discs featuring a different piece of artwork that’s related to that season.  There are no DVDs included with this release, but there is a digital copy redemption pamphlet that lets you add all three seasons to your digital library for streaming options.  There is no slipcover available with this release. 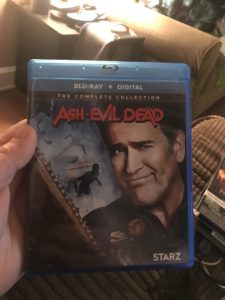 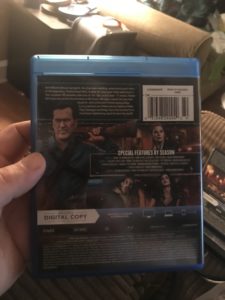 Ash vs Evil Dead: The Complete Collection comes absolutely packed to the brim with additional content.  Featuring the same content that’s included on the individual Blu-ray releases, it really is nice that they opted to not cut any of the supplemental features, allowing for this to be the “complete package”.  Included with this release is: 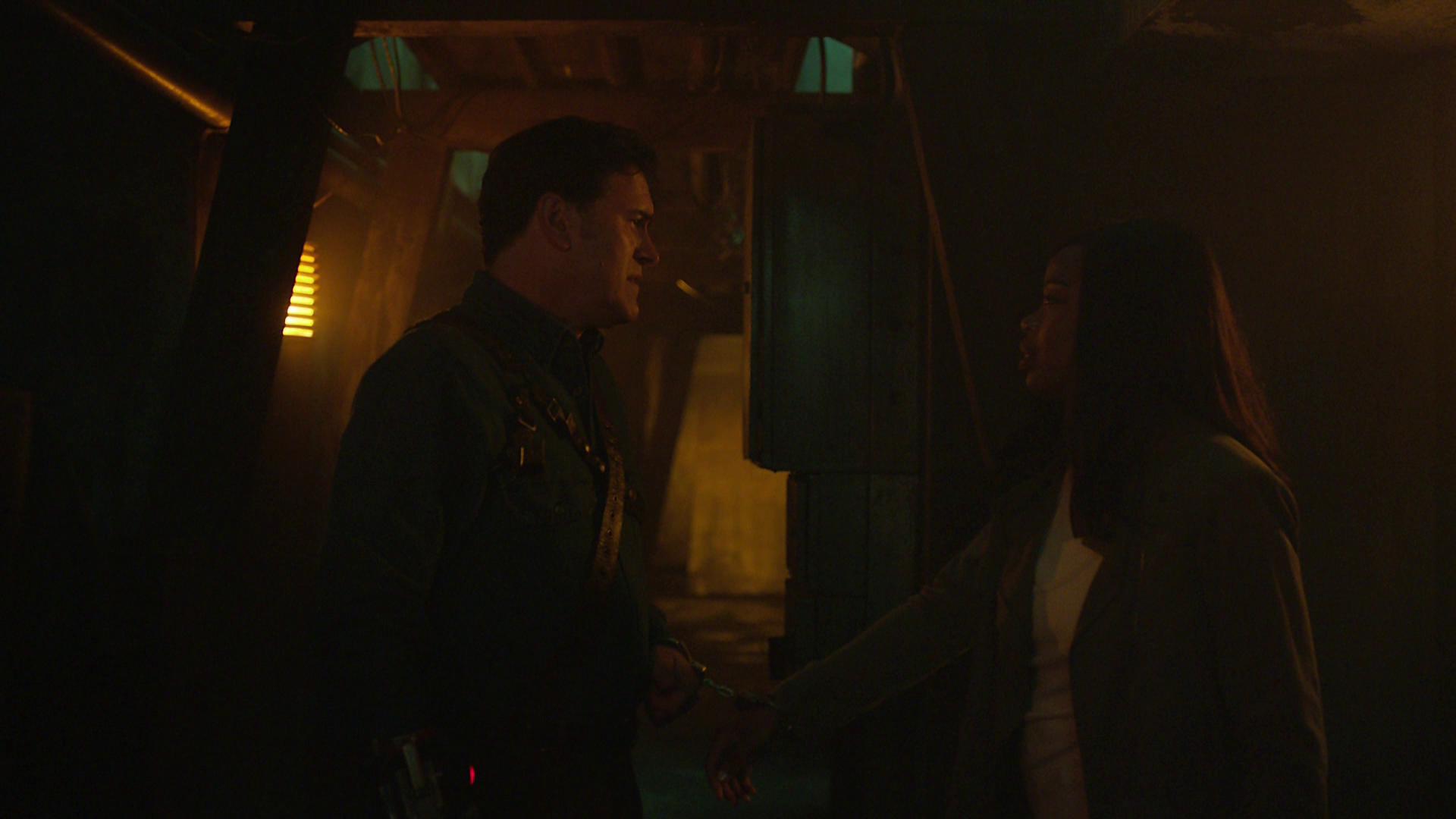 It really is a damn shame that the folks at Starz have decided to end Ash vs Evil Dead.  The series as a whole has been one really entertaining experience and a nice extension fo the original trilogy.  Providing audiences with not only a mostly wholesome storyline, but a fun one at that.  The visual and audio presentation of the Blu-ray release were absolutely phenomenal as it provided a cleaner image in relation to its broadcasted counterpart, and a richer audio experience that really does great at placing its viewers in the middle of the action.  Special features, while sparse, were headed in the right direction and would have been enough had they were more detailed.  If you’re considering checking out Ash vs Evil Dead, I would absolutely recommend it.  Season 3 was made available on Blu-ray and DVD beginning on Tuesday, October 16.