Ash vs Evil Dead is a horror comedy mix from the Starz Network. The show stars Bruce Campbell as Ash Williams, Ray Santiago as Pablo Bolivar, Dana DeLorenzo as Kelly Maxwell and Lucy Lawless as Ruby.

The season takes place not long after season 1, with Ash and company living it up in Jacksonville after making a pact with Ruby to let the world burn as long as they get to live. Things quickly fall apart as Ruby summons Ash, Pablo and Kelly to help her against her evil spawn in Elk Born, Michigan. Ash’s home town, a place where he has been turned into urban legend after the death of his sister and friends in the original Evil Dead film.

The tagline for the season is Glory, Gory, Hallelujah. And boy does it get gory. The season is 10 half hour episodes, which seems short for a program like this but actually helps it. The season is broken into about 3 mini arcs that last a few episodes each. The arcs flow naturally into one another with the first arc of Ash and company trying to defeat Ruby’s children leading directly into the arc that deals with the fallout from that. The overall story is solid with a lot more about Ash’s past revealed with the return to his home town. We also are introduced to Ash’s father, played by Lee Majors, and their relationship. The season continues to build up the characters more from season 1 as they continue to grow. Kelly in particular seems to have developed the most from angsty 20 something to certified badass by the end of season 2.

The visuals are just as strong as they were in season one with the practical make up being used for the most part to great effect. The deadites are still as visually gross and disgusting as the first time they were shown. The show is not for the faint of heart as some truly gross things occur. One scene in episode 2, The Morgue, where Ash’s head is shoved inside the butt of a corpse in the morgue. Let that sink in if you are debating watching the show, if you can handle that you are in for a fun ride. This is probably the grossest scene in the season, but most aren’t far behind it.

The best episode of the season is episode 8, Ashy Slashy, where Kelly, Pablo and Ruby must find Ash in an asylum and rescue him for a demon named Baal. The episode re 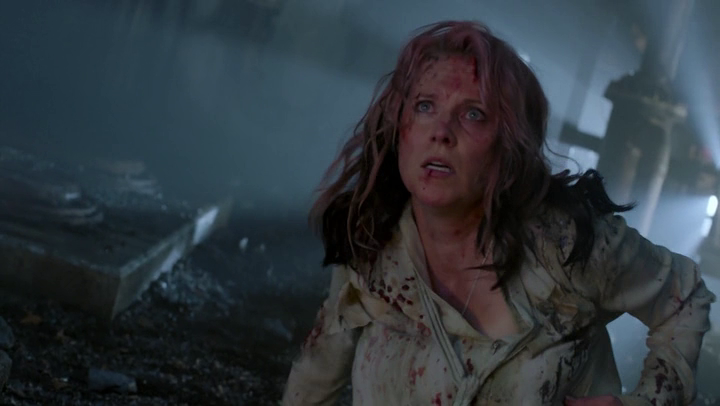 ally brings Pablo and Kelly out as their own force to be reckoned with, not just Ash’s friends. The episode also delivers an interesting face off between characters, whom you wouldn’t expect to fight. The ending is a shock, but one that further sets up the last two episodes of the season. It also delivers an emotional shock, that one wouldn’t normally expect from a comedy horror TV series.

Some Extra Thoughts: Ash and his father solve a dispute with mechanical bull riding competition. That is amazing.

Overall the audio is pretty good. The quality never falters. All the characters come through clear and the score never drowns them out. The music itself doesn’t particularly stand out as amazing, but it compliments the scenes nicely to bring it to a next level. 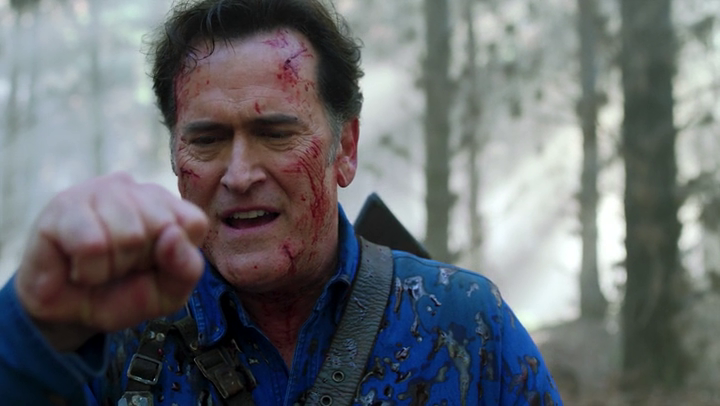 Extras include: Season 2 First Look, Inside the World of Ash vs Evil Dead, Up your Ash, Women who kick Ash, Puppets are Cute, Dawn of the Spawn, Bringing Henrietta back, The Delta, How to kill a Deadite, Fatality Mash- up. The extras are all solid, nothing to crazy but nothing bad either. There is a decent amount so for those fans who look into extras, Ash vs Evil Dead season 2 has a good amount to keep you busy. 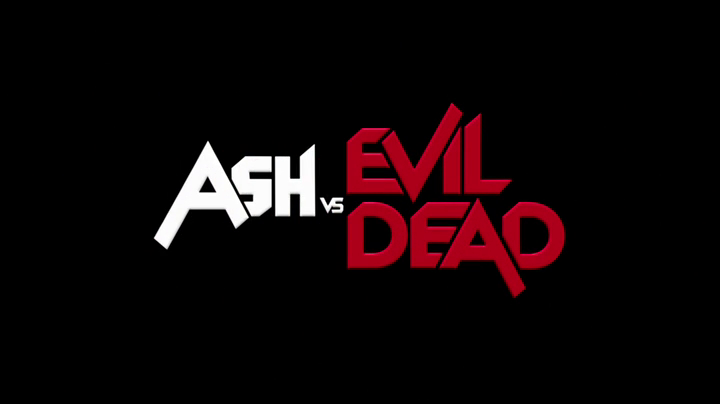 The season is a strong sophomore season for a show that was already very good. It doesn’t feel like as the audience we are missing anything that took place between seasons. The ending is great and makes you excited for season 3, which returns to TV Sunday Feb 25th. For fans of the original movies watching this show is a no brainer.