Typically, when you see a heist in action in a film, there is always more than one person as such an undertaking is quite a bit for a singular criminal.  However, it isn’t every case where the leader and all of his accomplices are caught during an arrest following one of their heists.  Appointment With Crime tells us the story of an ex-con who had unfortunately played the role of the scapegoat for his team.  After his arrest, he finds that his henchmen had made away with their riches and he works to seek vengeance on his former team and works to devise a plan to get his riches back!

It would appear that the day that the main character, Leo Martin’s arrest was made, he was just having a bad day.  Through a series of unfortunate events, nothing worked right for him.  Starring William Hartnell (Doctor Who, and This Sporting Life) and Robert Beatty (2001: A Space Odyssey and Labyrinth), Appointment With Crime is an absolutely phenomenal noir style story that will certainly have you on the edge of your seat!

I’ve only had very limited exposure to films like Appointment With Crime and I only have myself to blame for that.  I had absolutely no idea of what I was getting myself into as I put this disc into my player and was admittedly guilty of judging this film by its cover.  However after watching through the story that Director John Harlow had set out to convey with this film, I absolutely enjoyed this film.  Despite his criminal history, I found myself starting to feel bad for Leo as the guy was seriously screwed over by his colleagues.  However, having his accomplices flake out on him, it all started to go downhill from the get-go with this specific heist.  In all honesty, it felt like he wasn’t completely prepared for what he was actually doing.

Given that Leo was the scapegoat for this heist, it did make me question as to whether or not he had any prior experience in carrying out jobs like this.  But, nonetheless it was a really shitty thing for his team to do by leaving him out to dry.

As Leo devises and carries out his plans to get his earnings back, I found myself constantly focused on my screen waiting to see what was going to happen next.  Asking myself how creative will he get?  How bad will he take revenge out on his colleagues?  All questions that are answered as the storyline unfolds; and this is definitely a story worth checking out. 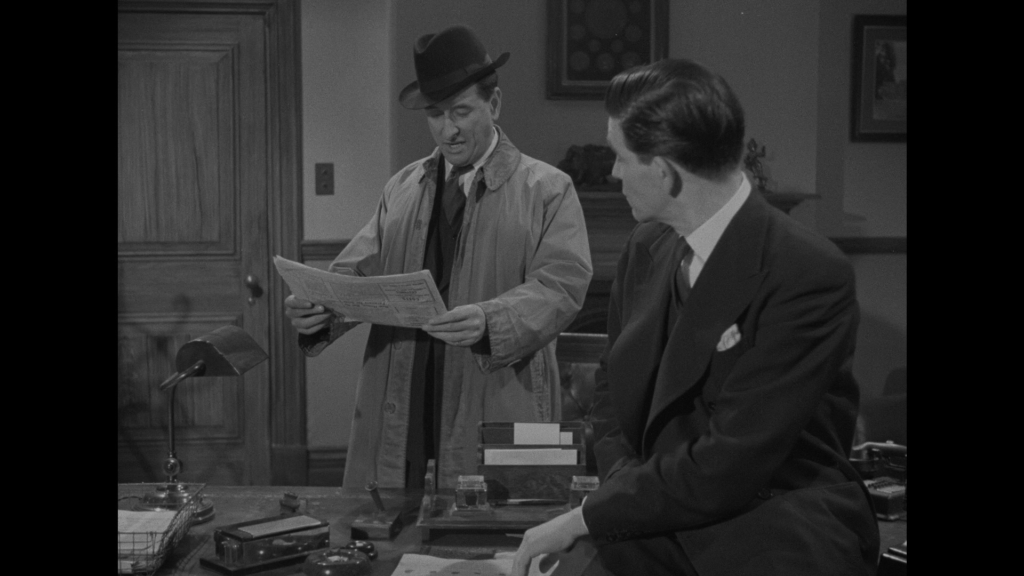 Displayed using a 1.37:1 aspect ratio, I found myself annoyed by the black bar frame that was on both sides of the film.  While in most cases, I often find myself able to look past these and ultimately just not see them as I focus on the storyline.  However given my earlier experiences with Olive Films releases and their attention to detail when it comes to visibility; I was really bothered by the framing of this release.

The actual picture portion of this release was absolutely beautiful.  There wasn’t any excessive grain on the movie itself and everything was crystal clear, allowing me to visually make everything out as the storyline progressed on my television.  Maintaining the films black and white image is, what I would say, a very honorable quality of this release.  Watching noir films in their original black and white coloring can be quite the experience, and this release is a testament to that experience. 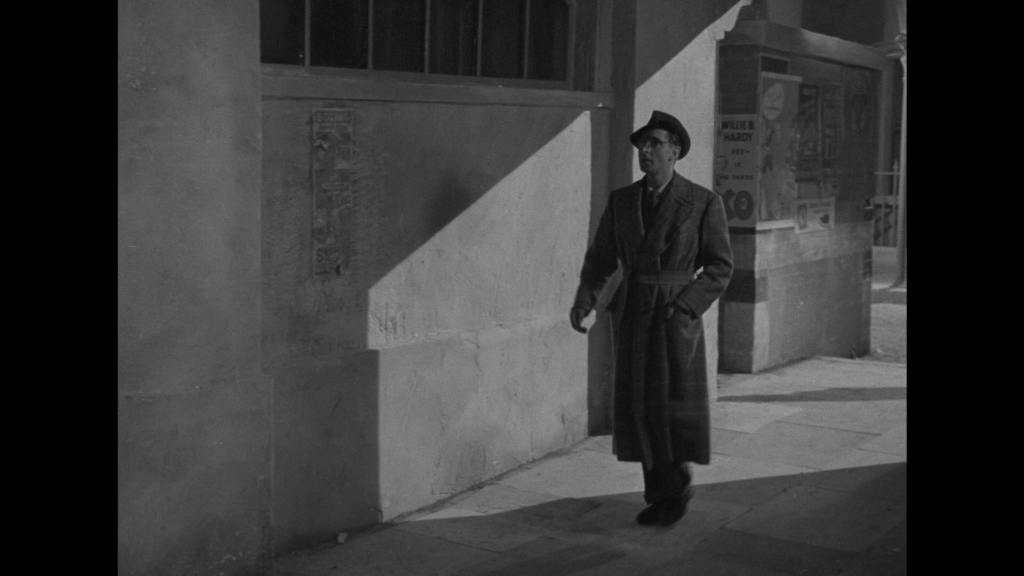 Featuring a DTS-HD Master Audio 2.0 track, Appointment With Crime was an audible let down.  If you’re going to make use of the Blu-ray technology, at least make full use of the technology.  Even with my earlier experiences with Olive Films releases, you can visually see that they’ve remastered the source of the film to make it look better, why not work with it to make it sound better too?  Sure, some could argue that a film of this age doesn’t really deserve a 5.1 audio track.  However, if you’re going to show a film the love that it needs by releasing it on an updated standard, go all-out with this release.  Give your audience a presentation that will have them coming back for much more from your catalogue!  After doing some quick reading through the catalog, it would appear that the majority of Olive Films’ releases are 2-channel audio.  I will be curious to see what future releases I check out and if they continue to use the DTS-HD Master Audio 2.0 technology in their continued releases.

As the film played out in my living room, I was able to make use of the included English subtitles and the occasional adjustment of the volume level.  Sure, I was annoyed that I had to periodically change the levels; but I was able to fully enjoy and appreciate this release and everything it had to offer. 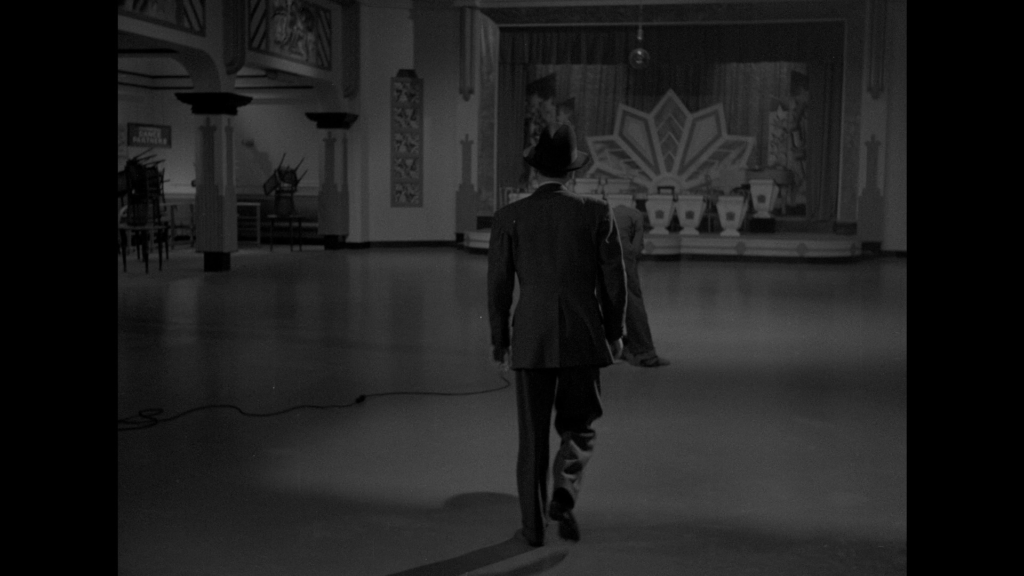 Olive Films’ release of Appointment With Crime is packaged with your standard amaray Blu-ray case.  This release is a single disc release that does not include a digital copy of any kind.  It was really nice to see this film get the extra care it needed to allow for a Blu-ray release, I would have loved to add this to my personal Ultraviolet library for streaming on the go.

This release of Appointment With Crime doesn’t come with any special features or bonus content.  There is a copy of the films theatrical trailer on the disc, however it isn’t labeled as an additional feature.  With this release being a remaster from its original source, I would have loved to see some additional content.

Overall, this particular release felt really bland and barebones.  While I did enjoy the film and the story that it presented, it felt that there could have been much more tender, love and care in the preparation of the release of Appointment With Crime.  The picture quality was really good, at least in the area that was the movie.  If it weren’t for those obnoxious black bars caused by the aspect ratio, I would have rated the video quality much higher.  The experience that I had with this film has increased my interest in exploring other noir films.

With the story of this film being the biggest selling point, I wouldn’t pick this film up in the wild unless it was on sale for less than $10.00.  And even at $10.00, that’s a stretch with its quirks in presentation.  Currently, Appointment With Crime is available from Amazon for $13.99.  If you’re into noir and can look past the visual and audible discrepancies, then I would check this out. 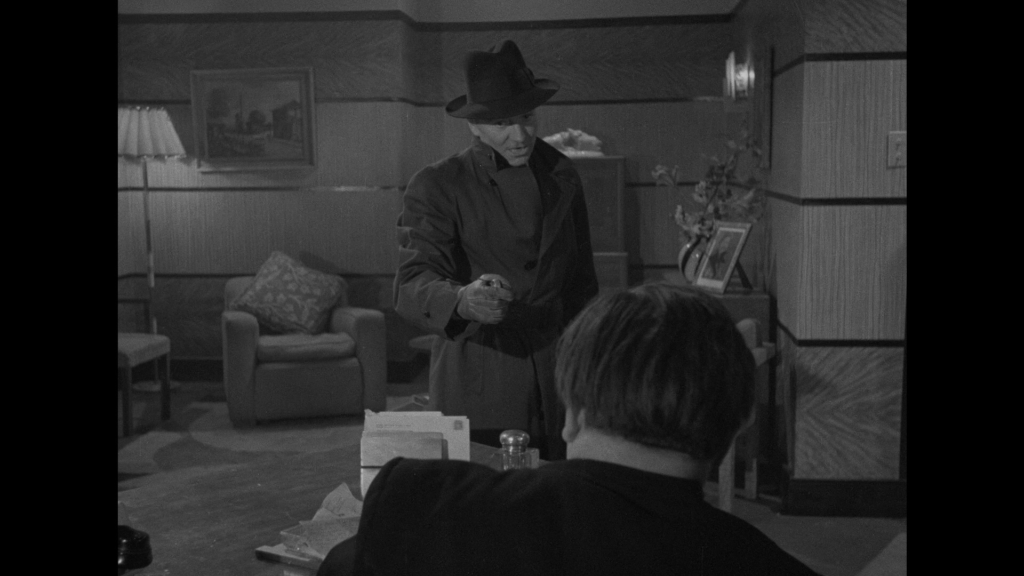