An Inconvenient Sequel: Truth to Power is a 2017 American documentary film that was directed by Bonni Cohen and Jon Shenk about the former United States Vice President Al Gore’s continuing mission to battle climate change. Serving as a direct sequel to the 2006 film, An Inconvenient Truth, it addresses the progress that has been made to tackle the problem and Gore’s global efforts to persuade governmental leaders to invest in renewable energy, culminating in the landmark signing of 2016’s Paris Agreement.

On the review aggregation website Rotten Tomatoes, the film has an approval rating of 78% based on the 132 submitted reviews, with an overall averaging rating of 6.6/10. The overall critical consensus reads, “An Inconvenient Sequel: Truth to Power makes a plea for environmental responsibility that adds a persuasive — albeit arguably less impactful — coda to its acclaimed predecessor”. John DeFore of The Hollywood Reporter gave the documentary a positive review, while acknowledging it isn’t nearly as impactful as the original, saying “it finds plenty to add, both in cementing the urgency of Gore’s message and in finding a cause for hope”. Conversely, National Review film critic Kyle Smith called the film misleading, saying that it gives the false impression that recent storm activity (such as 2012’s Hurricane Sandy) was more frequent than usual, falsely giving credit to both Gore and the company SolarCity for convincing India to sign the Paris Agreement, exaggerated the importance of the Paris Agreement, and neglected to mention his financial ties to SolarCity.

An Inconvenient Sequel: Truth to Power, while having received a variety of mixed reviews, has been called the Zoolander 2 of global warming documentaries.

Refraining from weighing in my personal opinions on the topic at hand, and doing everything I can to avoid making this review into a shit-post, I am reviewing this documentary solely on the film itself, its presentation, content, and everything else.  That said, An Inconvenient Sequel: Truth to Power is simply a documentary that directs its focus on a topic that has been going on for many, many years.  Bringing attention to the health of our environment and the world that we live in is something that’s been of concern for a while, and this particular documentary offers a completely new look into things that we wouldn’t normally see in our day to day lives.  Despite the fact that a lot of the presentation of this release is considerably one-sided as the result of not being 100% straight forward with the facts, like Gore’s involvement with SolarCity, the overall story that’s being told here along side with the presentation of that story was really well done. 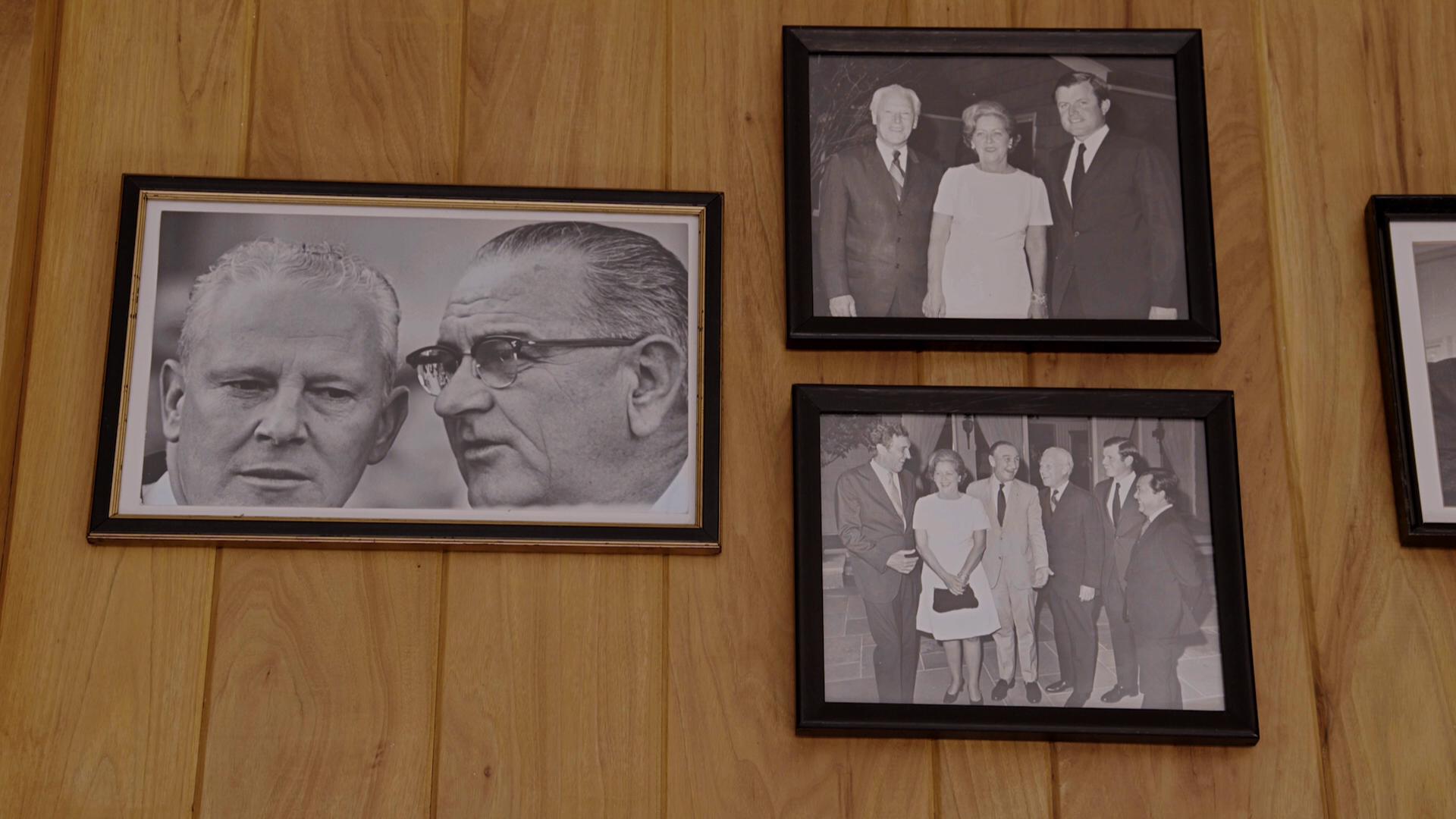 Coming with the ever-loving 1080p presentation, An Inconvenient Sequel: Truth to Power offers an exceptionally beautiful view into the story that Al Gore and his colleagues are presenting.  Making sure to direct focus on their presentation as well as the world that we all live in, there was absolutely no visual distortion in this release whatsoever.  A lot of this particular film occurs throughout various locations in the world, offering not only an extremely beautiful view of nature, but a very detail oriented look into the effect of pollution.  One of the most notable sequences was the astonishing beauty of the icebergs as Al Gore and his team travel the world, despite them being dirty as a result of the pollution.  There was just something that I felt was breathtaking about the view alone that caused it to really stand out as my wife and I watched through this. 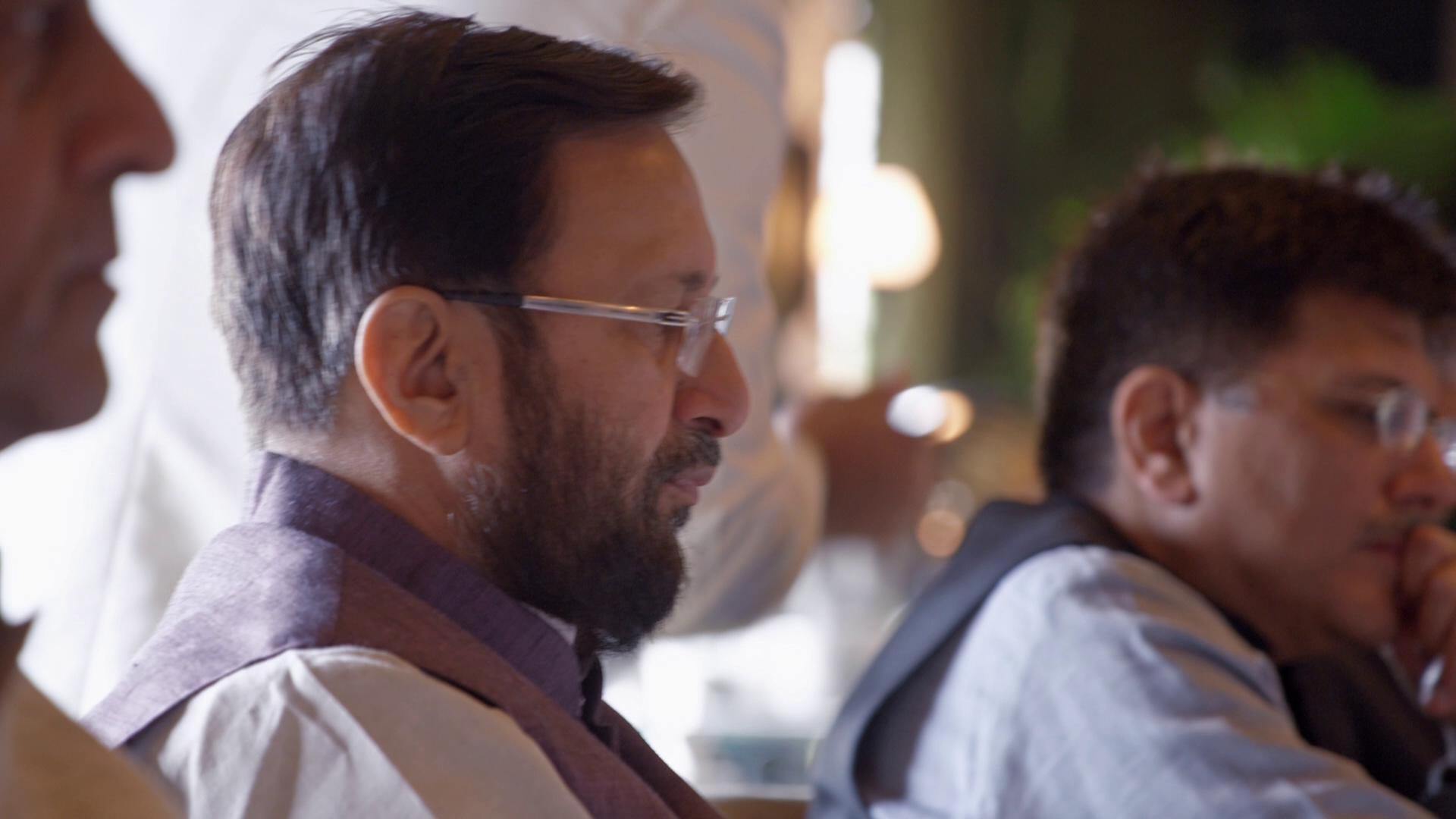 An Inconvenient Sequel: Truth to Power comes bundled with a DTS-HD Master Audio 5.1 sound track.  While I normally would rate this a little lower since it didn’t come packaged with a 7.1 track, I feel that 5.1 audio was an optimal selection for this film.  There really isn’t a need for overall immersion by any means; just a presentation that not only does its job in relaying the message that they’re trying to deliver and provide some ambient audio elements as Gore and his team travel the world.  Obviously, the various areas in which he visits offer a different audible experience, and the 5.1 audio track itself really did a great job at capturing those stops.

Packaged like no other Blu-ray that I’ve ever seen before, An Inconvenient Sequel: Truth to Power comes packaged in a case that’s completely made from recycled materials.  Made into almost what feels like a cardboard style case.  Within that case is the standard Blu-ray copy of the film.  There is no DVD copy of the film included, but it does come packaged with a digital copy redemption pamphlet allowing you to add it to your digital collection.  There is no slipcover available with this release due to its unique packaging. 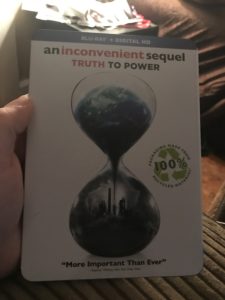 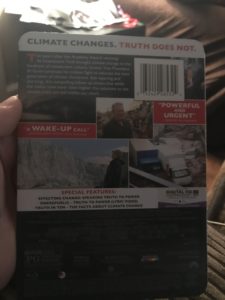 Unfortunately, An Inconvenient Sequel: Truth to Power doesn’t come packaged with much in terms of additional content.  But, then again, I’m not really sure what all should be included with a documentary.  Included with this release is: 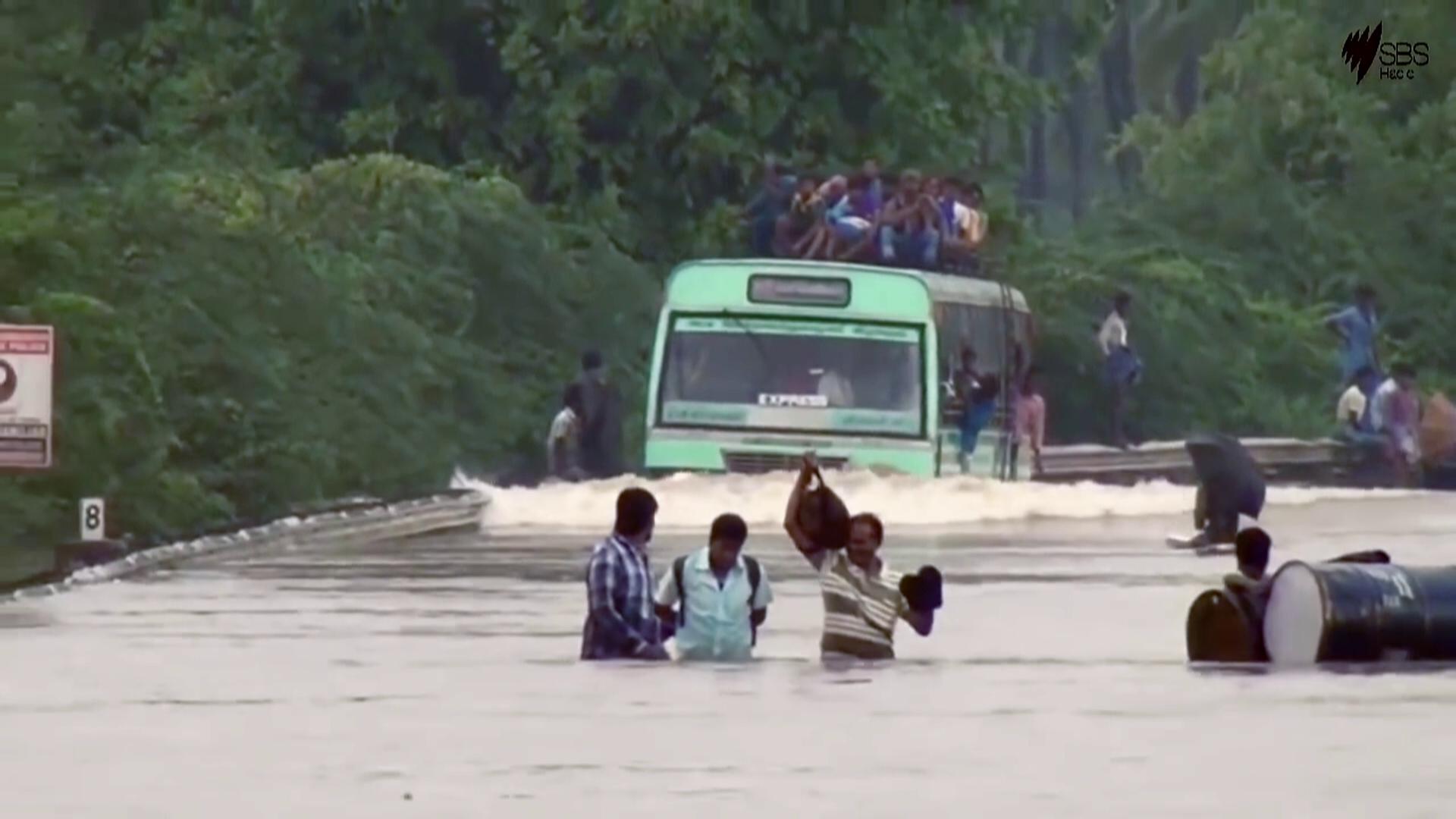 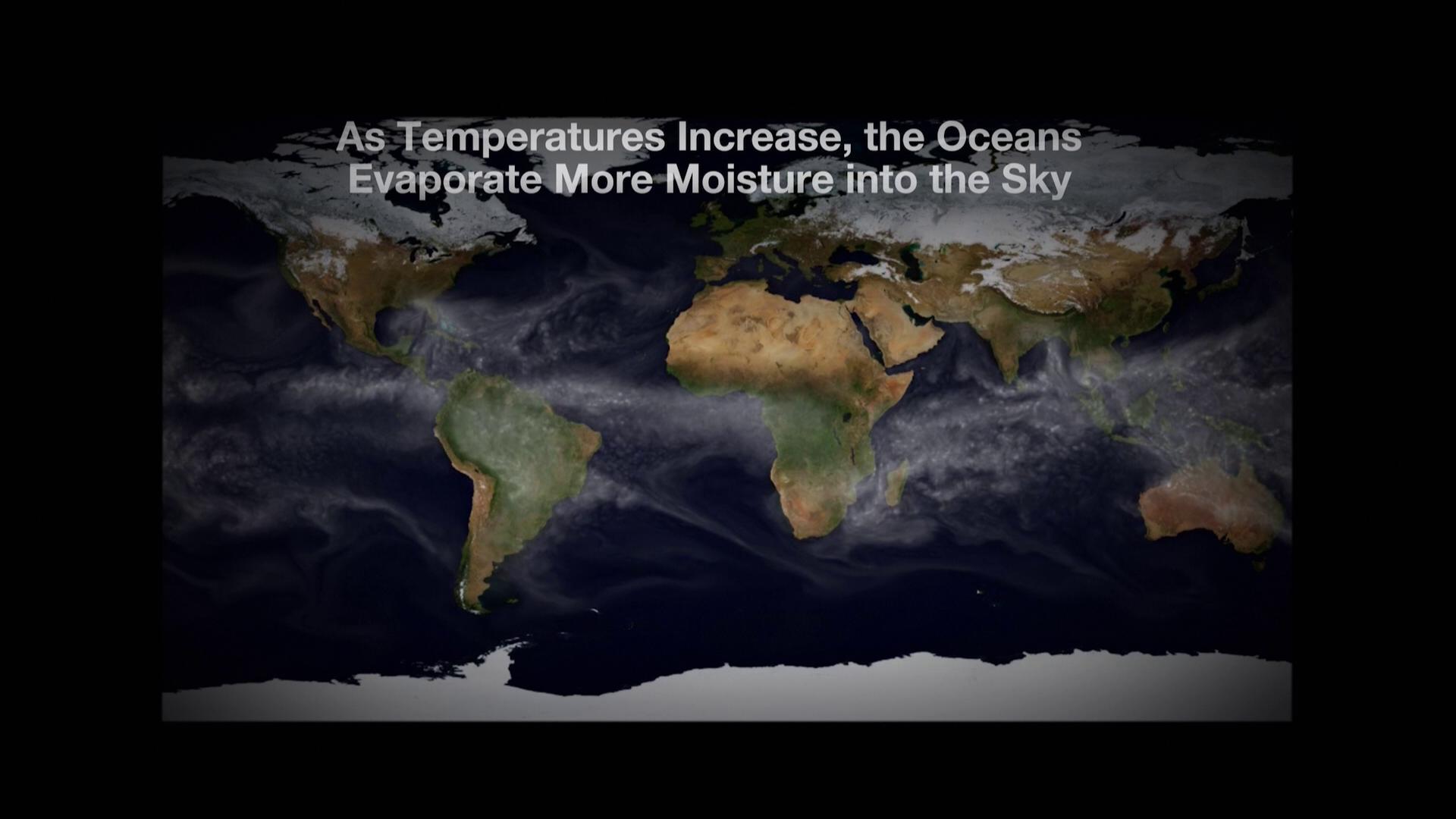 Overall, I’m really grateful that Paramount Pictures had given us the opportunity to review An Inconvenient Sequel: Truth to Power.  Despite the intentional leaving out of facts as they negatively support Al Gore’s argument, this film itself was a nice refresher for the awareness that it is trying to convey.  While not nearly as effective as the first film, it still sends a strong message to its audience that we should be aware of.  The overall visual and audible experience of this Blu-ray were really well done.  Along with coming packaged in the unique packaging, I would only recommend picking this release up if you’re a fan of documentaries.  This film will be available for purchase beginning on Tuesday, October 24.  But, you can preorder it from your preferred retailer now.