American Satan is a 2017 American thriller film that was written by Ash Avildsen and Matty Beckerman. Making its release into theaters on Friday the 13th of October, 2017; the film features rock artists Andy Biersack (his vocal performance is provided by Remington Leith of the band Palaye Royale), Ben Bruce, and Drake Bell. It also stars Denise Richards, Malcolm McDowell, Booboo Stewart, and Tori Black.

The film follows a young rock band, half of which are from England, the other half from the United States. As they all have dropped out of college and move to the Sunset Strip in order to chase their dreams of making it big in the music industry. Living in a van, their passion and talent exceed their means to survivie. An enigmatic stranger sees their true potential and emotionally manipulates them during a time of weakness. Caught in the middle of a Faustian deal, their music and controversial altercations end up influencing society beyond anything this century has seen.

The film was produced by Andy Gould, who has previously worked on a number of Rob Zombie films. 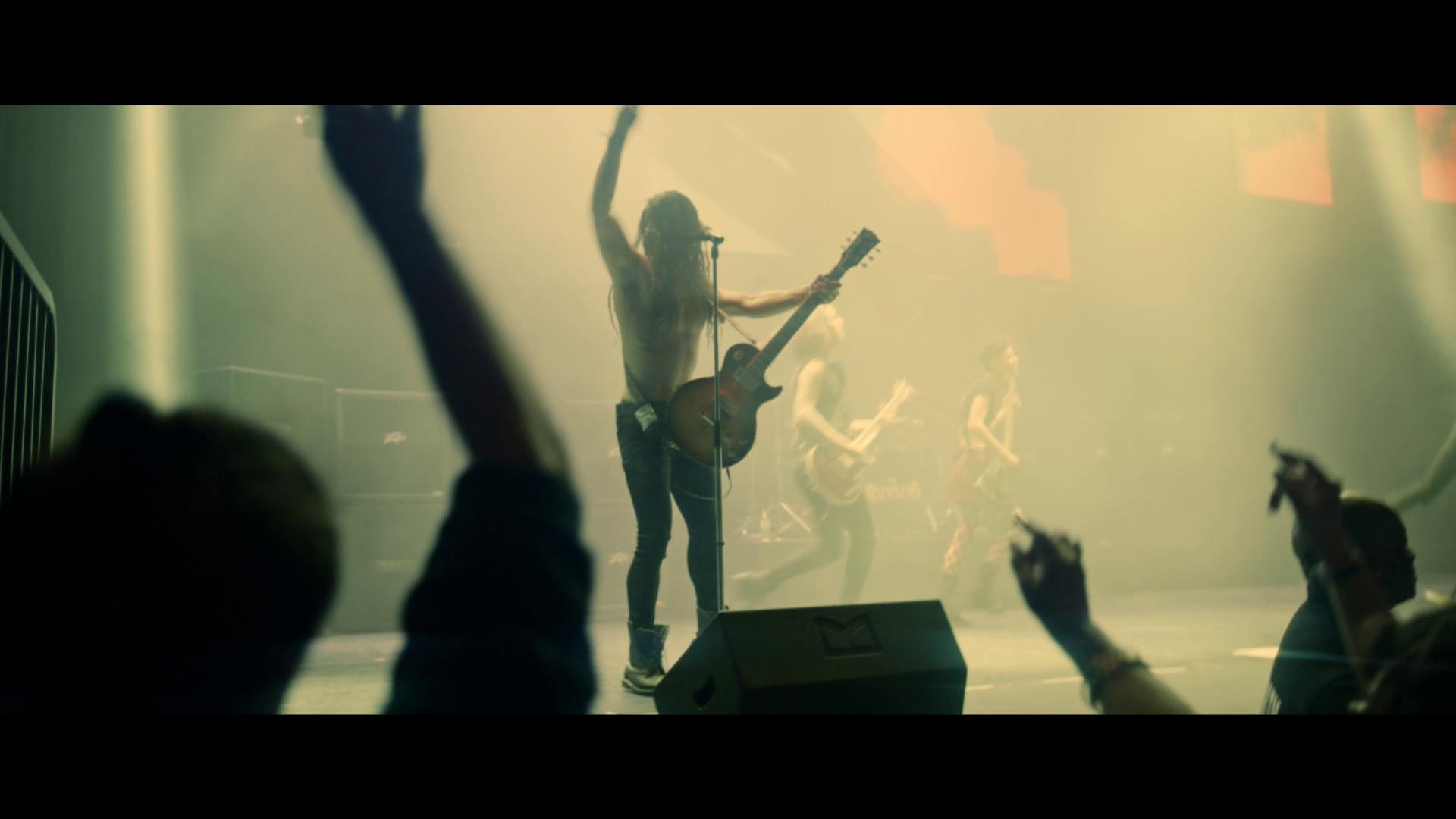 American Satan is a film that really, really interested me in the beginning.  Having previously had experience working in the music industry and having a considerable amount of friends who are still involved with it, I knew that I wanted to check this movie out as soon as it was released.  Featuring the lead singer of the band Black Veil Brides, Andy Biersack, as the titular character of the film, we are driven right into the core of the overall experience of a band who is trying to make it big.  Doing whatever is necessary to get their name out there and get the recognition that they seek to do what they love.  The passion of those band members is real, and once they get deep into their work, they start to try to have as much fun as possible.  This is when they succumb to the temptation of drugs, and other illicit activities; putting not only their careers at risk, but their lives as well.  This movie does an absolutely phenomenal job at capturing the entire journey from start to finish. 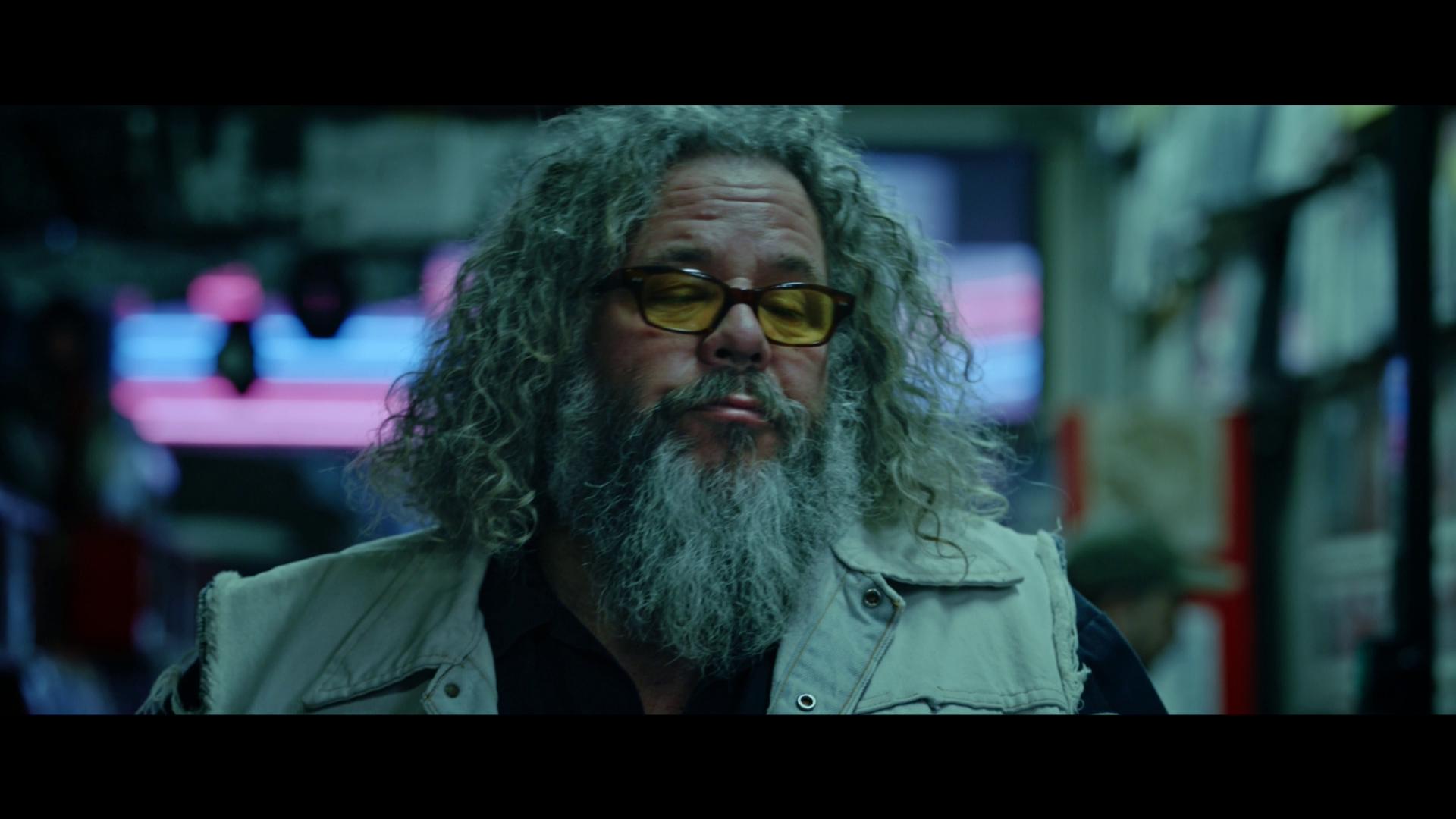 Presented in 1080p, American Satan does a really great job at putting viewers right into the middle of the story that’s being presented, allowing viewers to feel as if they’re almost a member of the band.  Sitting right there, as if you were watching your colleagues as they make something of themselves in this artistic world, and watching them go through their variety of downfalls as they go through what is often described as a possession while they’re on stage.  A lot of the scenes in this film feature lower than your normal amounts of lighting as there’s a good portion of the film taking place in clubs and concert venues, but the amount of ambient lighting that was provided was just enough to allow for my wife and I to see and understand everything as it progressed. 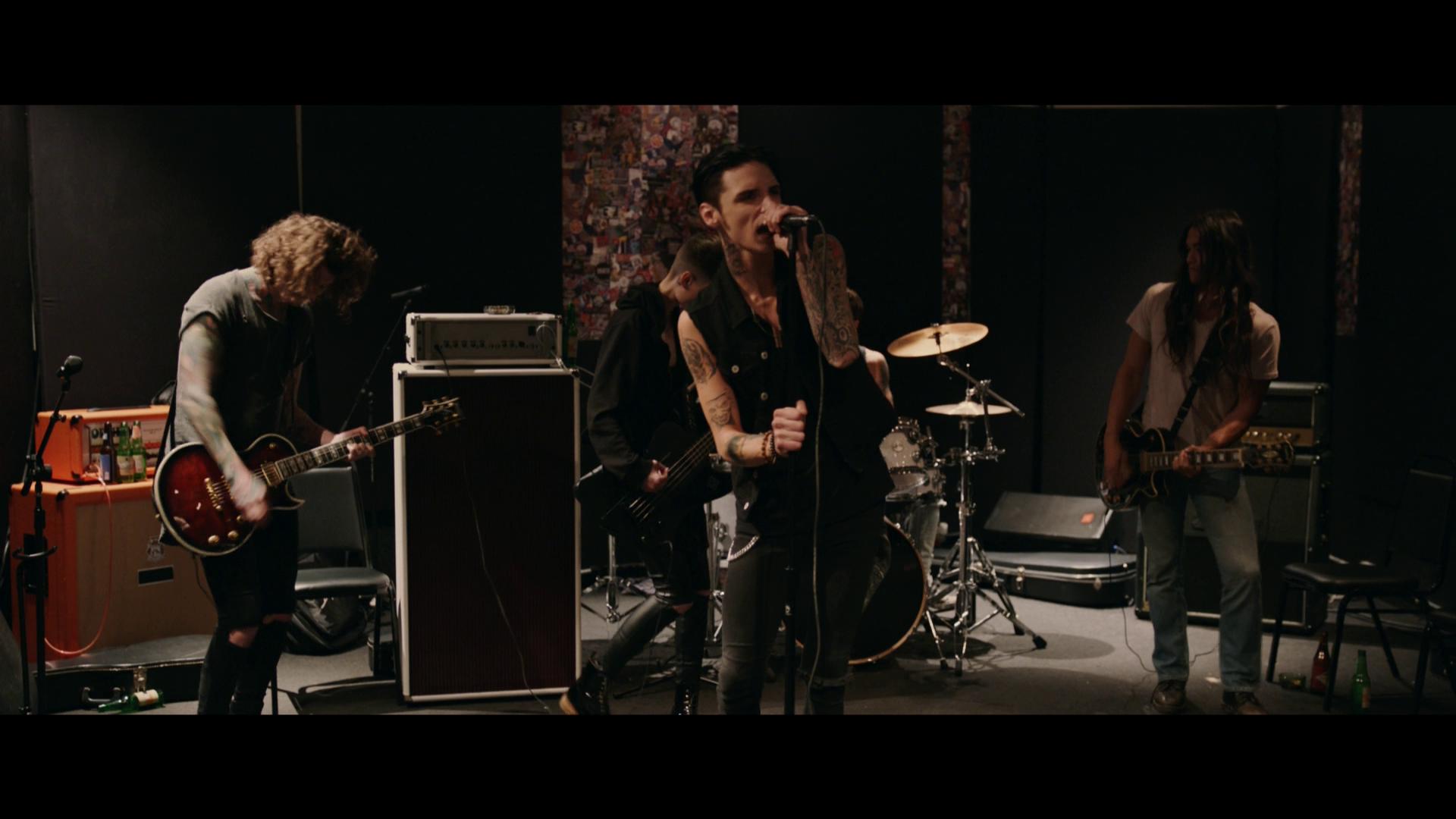 Surprisingly, packaged with a Dolby Digital 5.1 audio track, American Satan offers a clean audible experience for those who are looking to venture out and experience this film.  While it’s not as immersive or powerful as it really could have been with this release, but Sumerian Films really did a great job with this track.  The various concerts that played out as The Relentless performed their shows sounded absolutely amazing as their tracks roared through my home theater system.  Dialogue was clean and clear and didn’t require having to manually adjust the volume levels at all while the movie played onward. 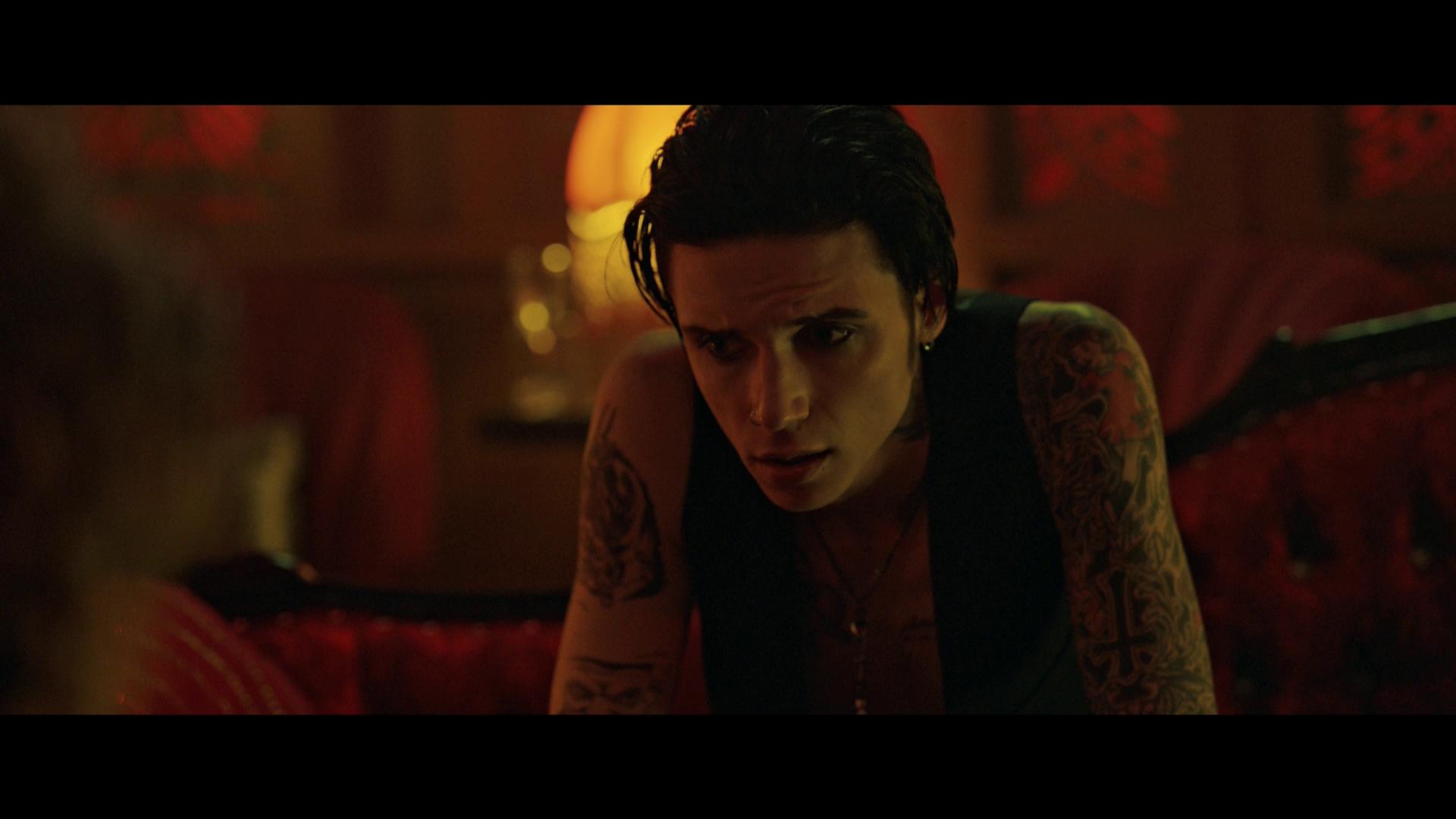 Unfortunately, the Blu-ray release of American Satan comes packaged in a standard dual-disc DVD amaray case.  Releases packaged like this haven’t really been done since the early days of Blu-ray releases, and there’s absolutely no reason for them to be packaged like this now.  Within that case is the standard Blu-ray copy of the film as well as the standard DVD copy of the film.  Both discs feature a piece of artwork that’s relative to the film and different from that of the case art.  There are no digital copy redemption pamphlets included with this release, nor are there any slipcovers provided during the release of this film. 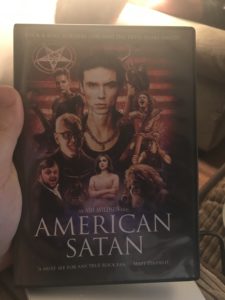 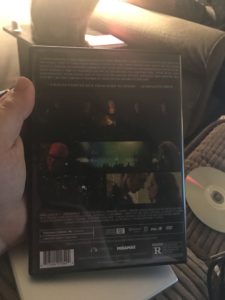 **NOTE: The back of the packaging does indicate that the included DVD is a PAL Region 4 copy of the film.  This is a printing error on the packaging and the DVD disc is in confirmed to be in fact a NTSC Region 1 copy.

Despite being a pretty crappy package, American Satan comes really packed with special features.  The included content not only explores the story and characters further, but it also shows some of the work that went into making this film happen.  Included with this release is: 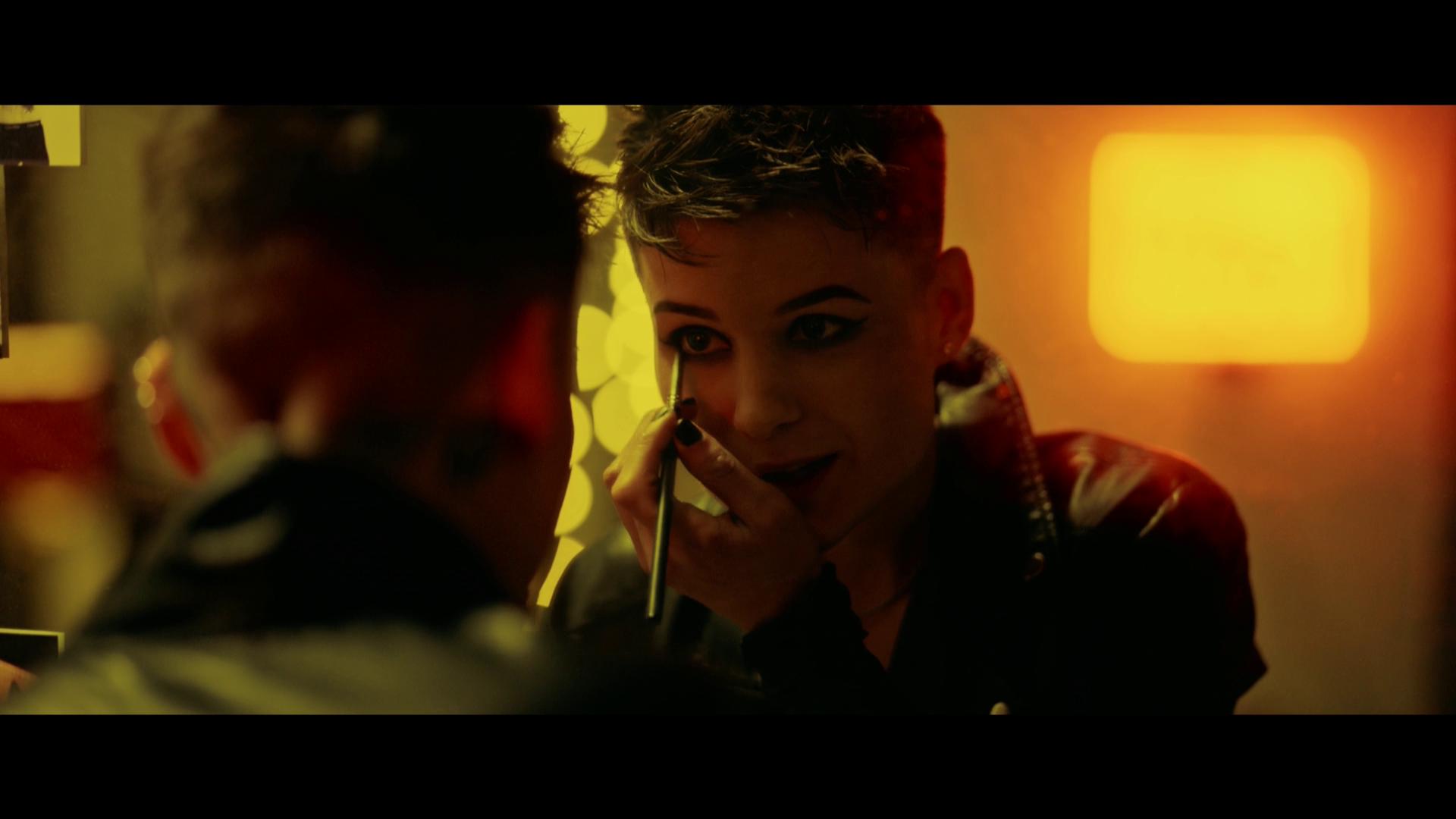 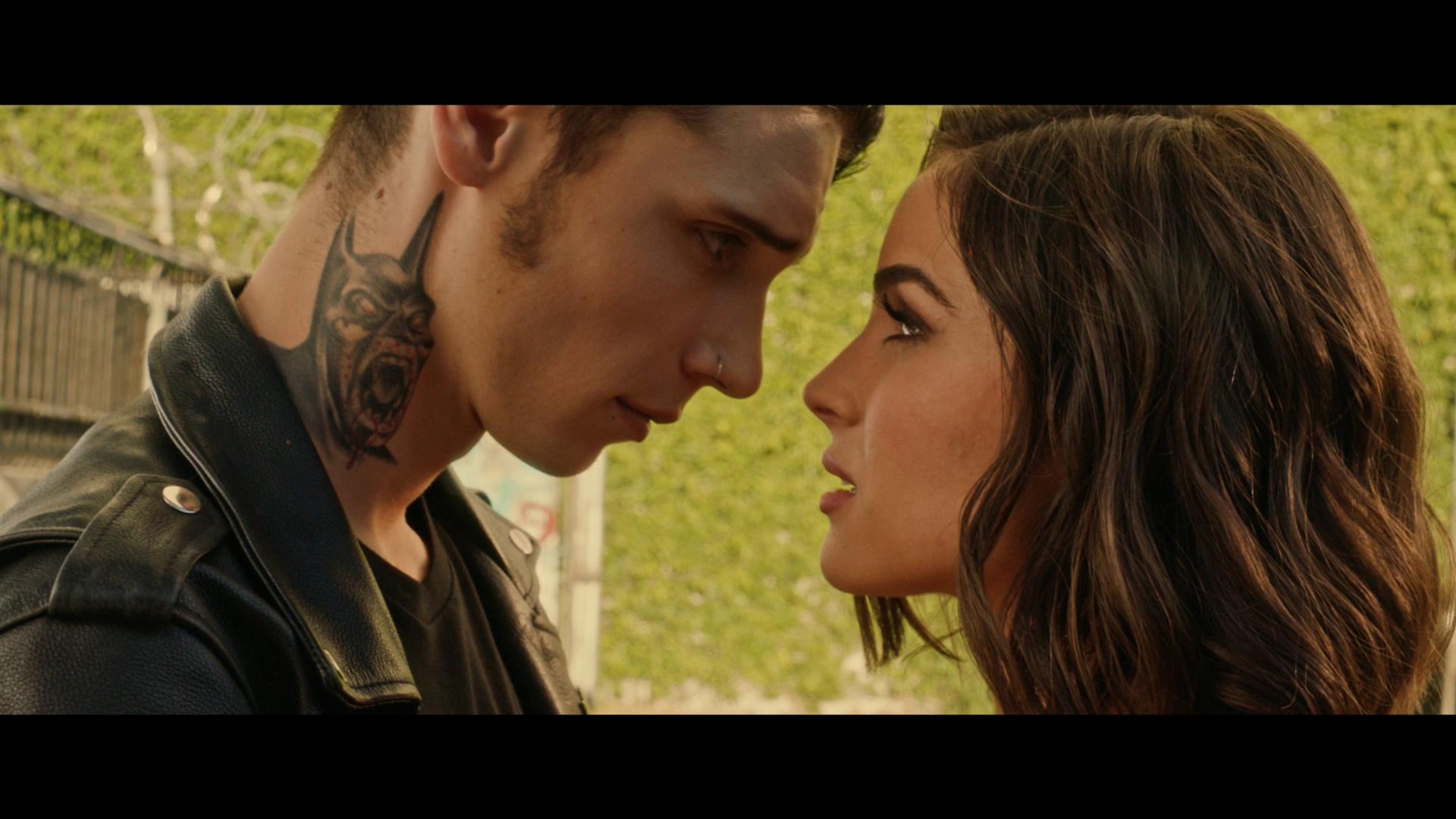 Overall, I absolutely enjoyed American Satan and the story that it provided.  Having seen people who went through similar experiences as Johnny Faust and The Relentless as they had made a name for themselves in the music industry, this film did a really great job at accurately portraying these experiences.  When you’re doing something that you love, like performing on stage with your bandmates, you really get into it and almost become possessed as you continue on with your performance.  The visual and audible experiences that the Blu-ray release provide were really nicely done, even with it shockingly packaged Dolby Digital 5.1 track.  There are a ton of special features included with this release.  One additional note that should go out to Sumerian Films and Miramax Films, please stop putting putting Blu-ray releases in DVD cases.  While it’s slightly cost-effective, it can’t really be that much more expensive to go with Blu-ray amaray cases.  If you’re on the fence about checking this film out, I would definitely recommend it if you’re a fan of this style of music.  It was a really nice thing to see a few places that I’d personally been to with a few bands, like the Whiskey in Southern California.  American Satan was released onto Blu-ray and DVD on Tuesday, February 20, 2018. 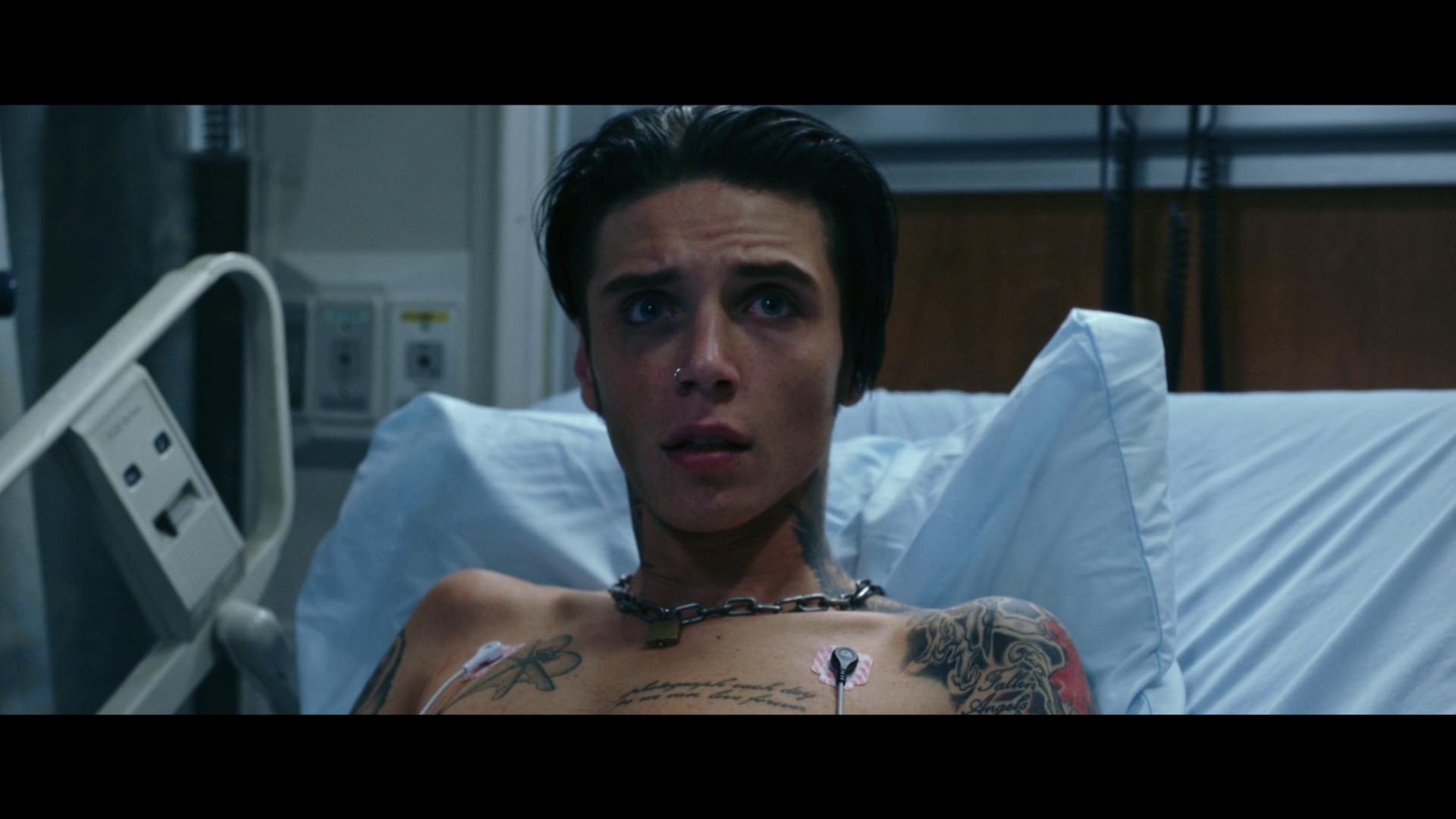