Taking place in 1987, wealthy New York investment banker Patrick Bateman’s life revolves around dining at trendy restaurants while keeping up appearances for his fiancee Evelyn and his circle of wealthy and shallow associates, most of whom he dislikes. Bateman describes the material accouterments of his lifestyle, including his daily morning exercise, beautification routine, designer wardrobe and expensive furniture. He also discusses his music collection, which includes Huey Lewis and the News, Phil Collins, and Whitney Houston.

Producer Edward R. Pressman purchased the film rights to the novel in 1992. After discussions with David Cronenberg fell through, Harron was brought on to direct and cast Bale in the lead role. Lionsgate Films acquired worldwide distribution in 1997 and temporarily replaced Harron and Bale with Oliver Stone as director and Leonardo DiCaprio portraying Patrick Bateman. DiCaprio left in favor of The Beach and Harron and Bale were brought back. American Psycho debuted at the Sundance Film Festival on January 21, 2000, and was released theatrically on April 14, 2000. The film was a financial success and received generally positive reviews from critics, with much of the praise directed to Bale’s performance and the screenplay. 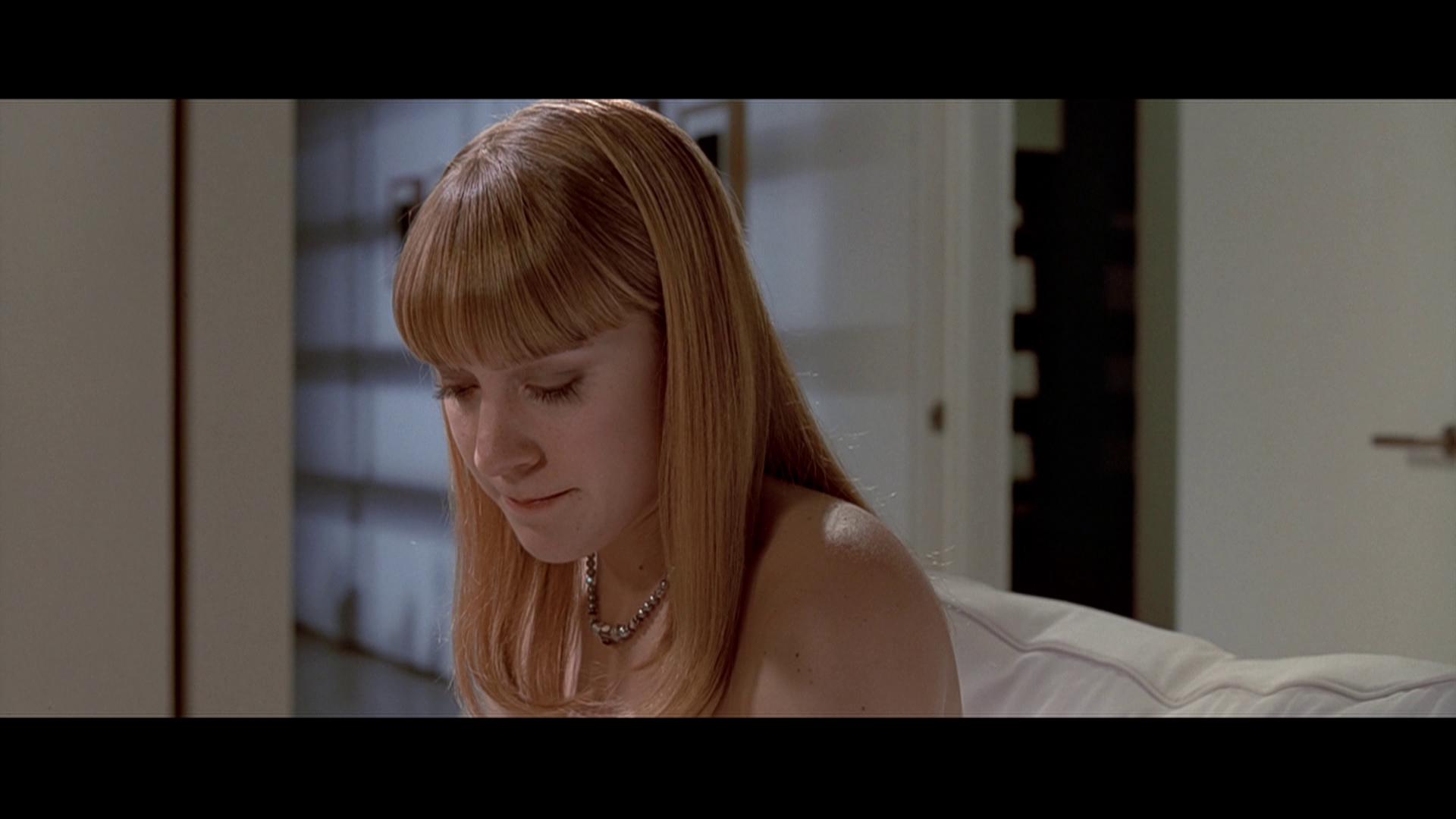 American Psycho is a film that I’ve personally found to be one of my long-time favorites. While it’s not in my top-five, it’s certainly in my top-ten. Providing audiences with an extremely noteworthy performance from Bale, and a story that’s loaded to the brim with satirical events, this movie is one that promises that you’re going to find something new each time you watch it; regardless of how many times you’ve seen it. 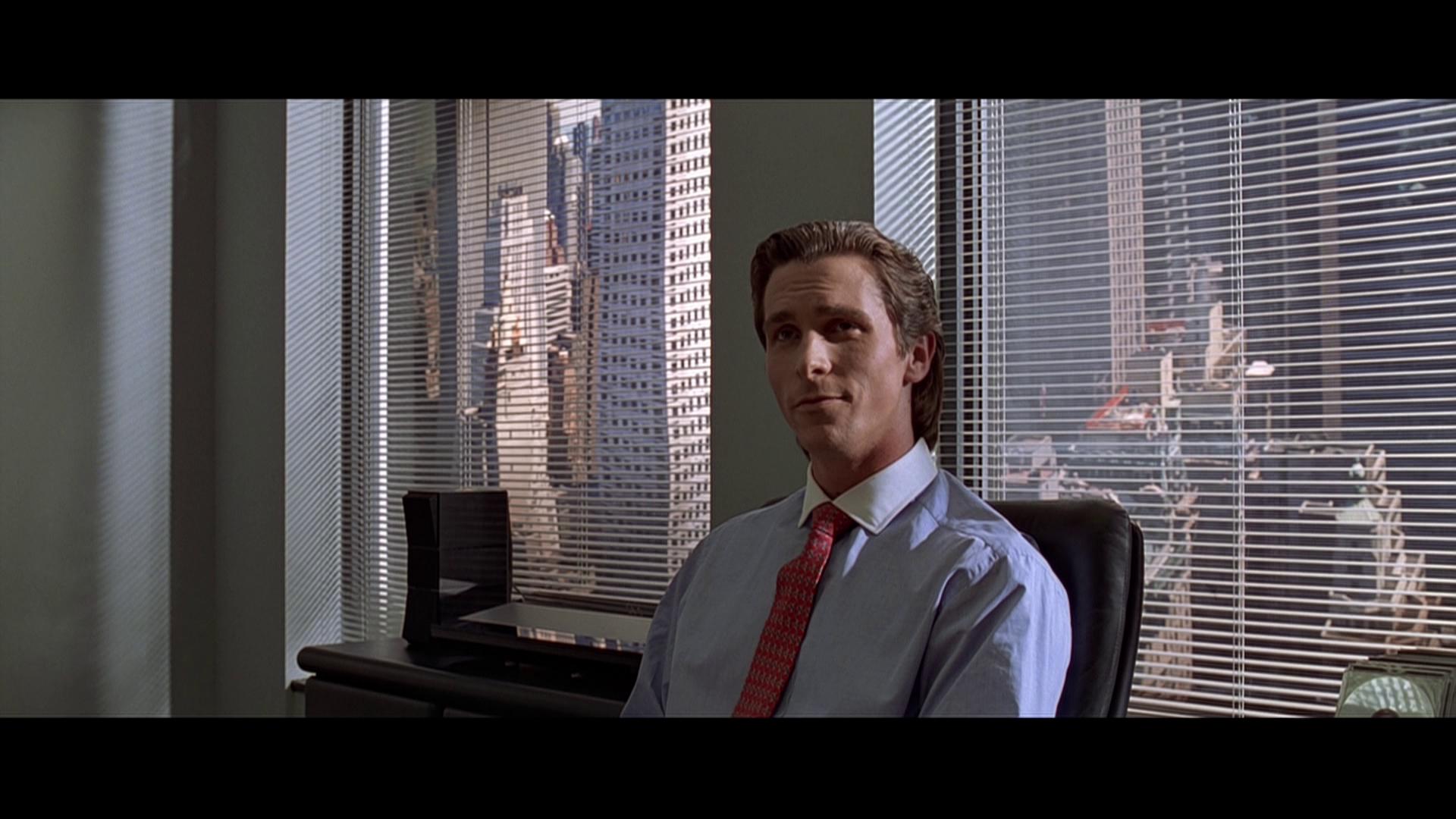 Presented in 2160p, American Pycho offers a completely restored and all new look at the ever-so-popular film.  While certainly doing everything that it can within its power to preserve and offer the original experience that this movie provided during the early turn of the millennium; the utilization of HDR with this release provides its viewers with a refreshing experience that I personally believe should be had for anyone and everyone that has a 4K setup in their living room.  The colors are much more prominent in this release when comparing it to the previously released Blu-ray counterparts, really making sure that everything feels significantly more real.

Packaged with a completely remastered Dolby Atmos audio track, the 4K UHD release of American Psycho offers a completely and all new immersive audio experience for its viewers that are able to make use of the technology behind the track.  Certainly doing a better job with the centralization of its viewers, the transitions from channel to channel as the camera would move about the screen were extremely smooth, and offered an experience that I’d personally not had with this film previously.  The dialogue is spoken cleanly, obviously taking precedence over the elemental aspects of the track, making sure that the characters are heard and understood without having to manually adjust the volume level as it moved onward. 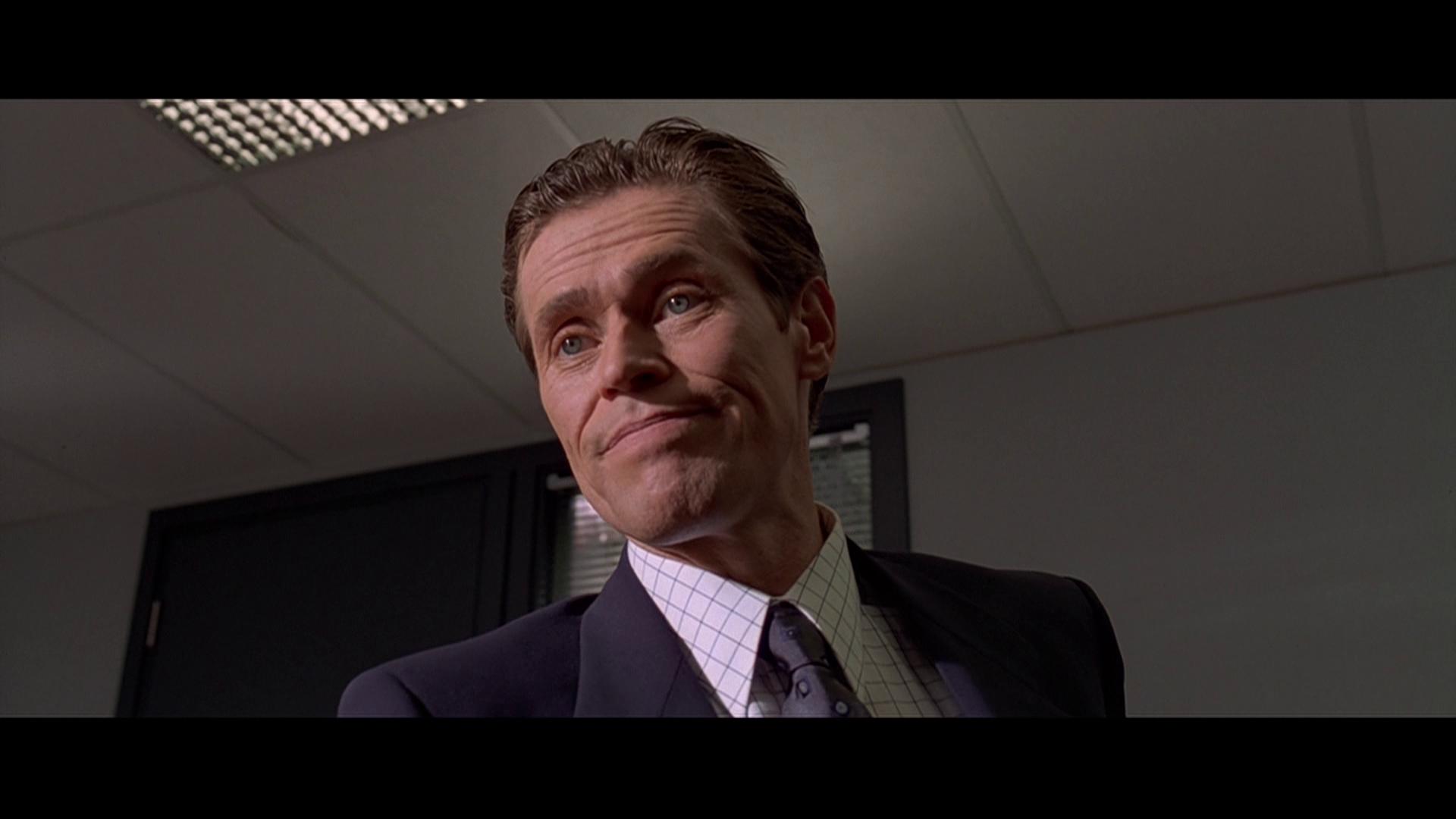 The 4K UHD release of American Psycho comes packaged in your standard two-disc 4K UHD amaray case.  Within that case is the standard 4K UHD copy of the movie as well as the standard Blu-ray copy.  Both discs feature a completely different piece of artwork from each other.  The UHD artwork matches that of the case art while the Blu-ray features a simple blood spatter accompanied by the standard release text.  There is a digital copy redemption pamphlet that’s been included for the various streaming platforms, as well as a slipcover that’s been made available during the original pressing of the release that features the same exact piece of art that’s been made available on the case. 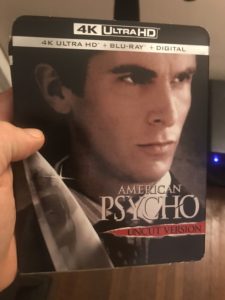 The 4K UHD copy of American Psycho is much unlike your standard UHD release as there are special features that have been included on the UHD disc.  And surprisingly enough, there’s one feature that’s exclusive to just the 4K disc.  The content that’s been included not only offers a small look into the story, but focuses heavily on the behind the scenes work and the experiences that were had with the production crew as the director and writer both share the various thoughts that had crossed their minds respectively as they were working on this movie.  Included with this release is: 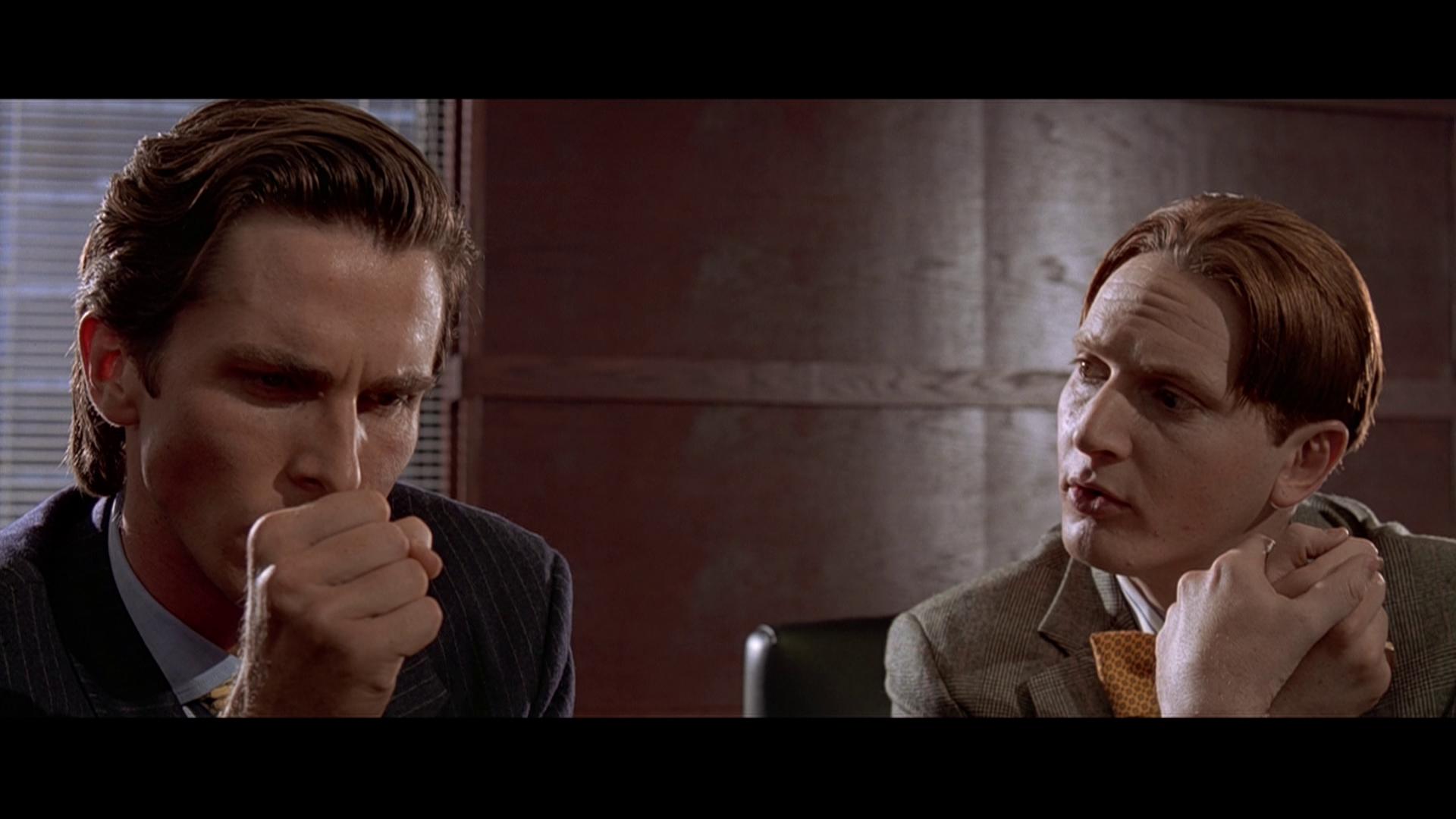 Overall, I was extremely happy to see that American Psycho had gotten the 4K treatment.  Seeing this release arrive at my doorstep reminded me of how much I liked this film as my wife and I sat down to watch this together the other night.  The presentation of the 4K release offers a significantly cleaner, and much more prominent presence over the previously released Blu-ray release of the movie, allowing for this release to certainly be a feature piece in ones home entertainment setup.  The special features that were included on this release were a nice representation of the heart that went into making this movie, as the production crew shared their experiences while they made this film.  If you’re on the fence about picking this release up for your collection, I would hands down recommend grabbing it as it is a worthy upgrade over the previously released copies of the movie.  American Psycho will be available on 4K UHD beginning on Tuesday, September 25. 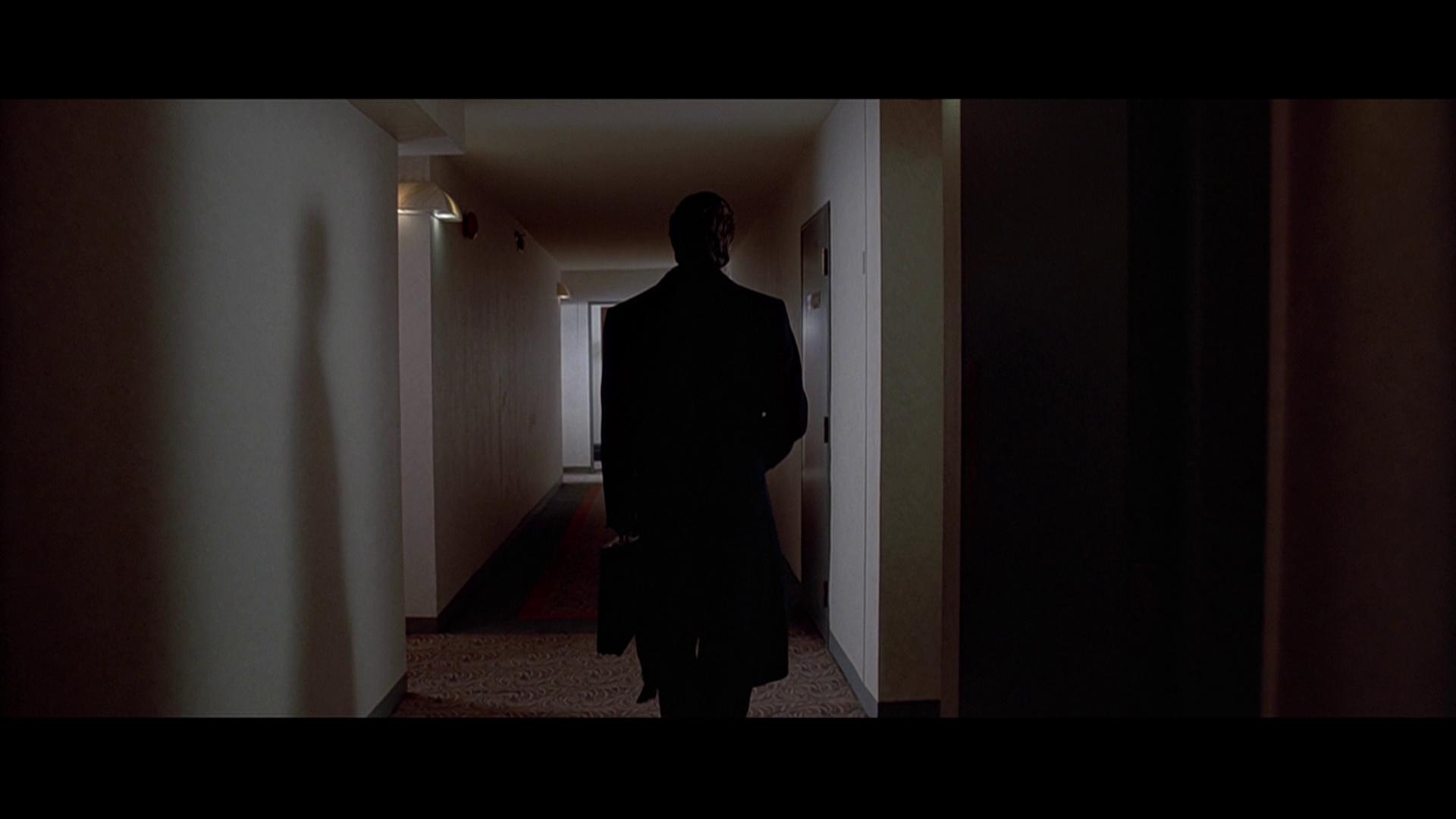