Who will be the last standing?

So. Alien Vs. Ninja is a thing. I’m pretty sure I know how I feel about it, and I’m pretty sure you know how you feel about it. Even if you haven’t watched it yet. It’s one of those types of movies where you know going into it just about what to expect and if you are ready for this certain type of film, then you’ll most likely enjoy your time with it. On the flip side, if you look at this film at face value and are not enthralled, you should probably give it a pass.

On that note, I had a hell of a time watching this movie.

The film follows a rag tag group of Shinobi who are returning to their village and ninja master after a pretty cool fight against a rival village’s own Shinobi. Of the group you will meet the young, fearless leader, the good looking guy, the sexy female ninja, and the obnoxious eldest of the bunch (complete with bleached hair). These are the Ninja who are sent on a mission to investigate the fire in the sky that crashed near the village.

The fire in the sky, it turns out, was a space ship or meteor of some sort that brought to the land a handful of comically lame looking dinosaur-esque aliens (with a drooling problem) who just so happen to be expert close combat fighters. This, of course, leads to an all out brawl where the movie get’s its title.

The brawling is really where this film lives and breathes. There are actually some really cool fight scenes in here, mixed in with the super bad ones. One minute you’ll see some awesome leaps and rolls and sword clashes, and the next you’ll see some very anime-like sword tricks. At one point there’s a semi-erotic throw down between our sexy ninja and an especially horny alien. The alien, distracted by her chest, is caught unaware while trying to grope our heroine and ends up killed by a knife to the crotch. Who would have thought, am I right? Aliens are just like the rest of us.

The storyline is really just here to bring together the Aliens and the Ninja, so it’s nothing to write home about. It’s very cliche and sometimes funny, sometimes not. It does it’s job though.

In the end, after a solid fifteen minutes of straight fighting that will either have you laughing or scoffing, only one group can remain standing. I’ll let you watch to find out who it is. 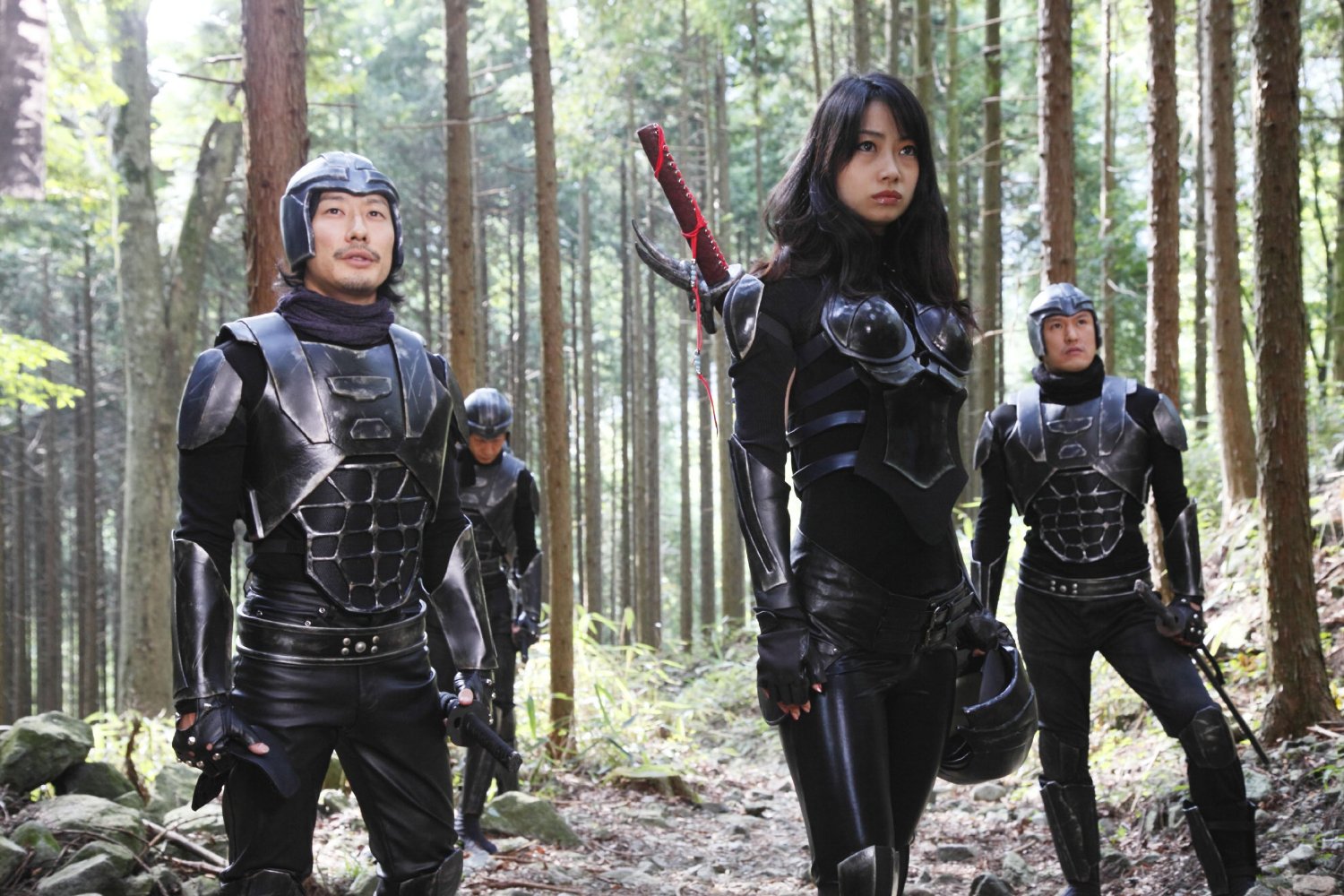 The video quality in this one is very inconsistent. There are actually some scenes that look really impressive with great colors and dark darks, but they are just mixed in with an equal share of really washed out and almost blurry scenes as well, which is a bit of a disappointment. Unfortunately, this affects some of the fight scenes, which will transition from scene to scene, jumping in quality as it goes. This is especially distracting and borderline frustrating.

Apart from all that, expect to see a lot of cheesy effects. This can either make or break a movie for people, but in this case the movie is taking itself so lightly that some of the effects end up being the best part of the film. There is something refreshing about a movie that leans into its low budget.

In the end, this is not the best looking blu-ray, but you are probably not considering buying this one for its picture quality. 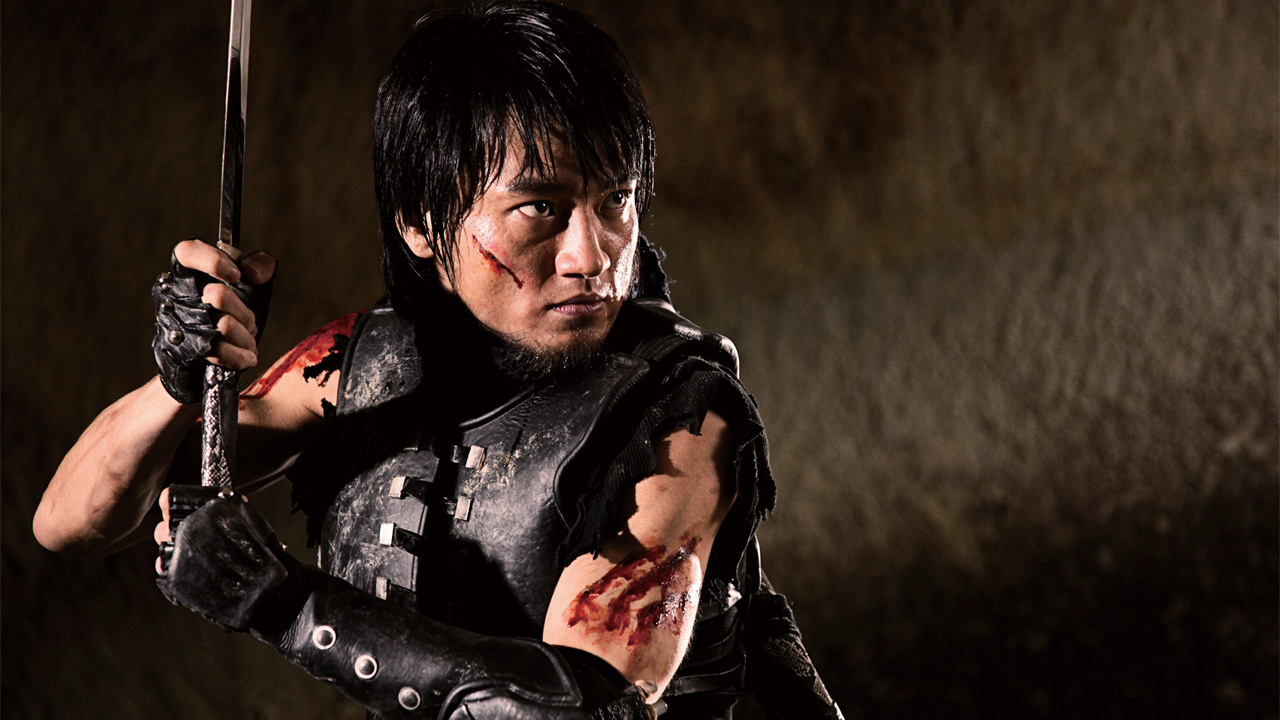 I watched this movie in the default setting of 5.1 audio/Japanese with English subtitles. There were a few scenes where I really had to pay attention to hear what they were saying over the action, and a few where the dialog was just super loud where I would like to have heard what else was going on in the scene. Overall it felt poorly mixed. But again, considering the low budget and type of movie we are talking about here, I wouldn’t say that this should deter you from experiencing the film.

The packaging for Alien Vs. Ninja is slightly better than average, due to it having art on the inside of the sleeve and on the disc, but other than that, there’s not a ton to write home about. 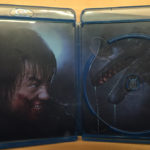 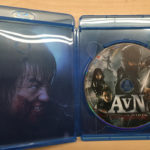 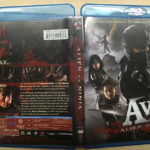 No exclusives here. Not a lot at all, in fact, and nothing in HD. 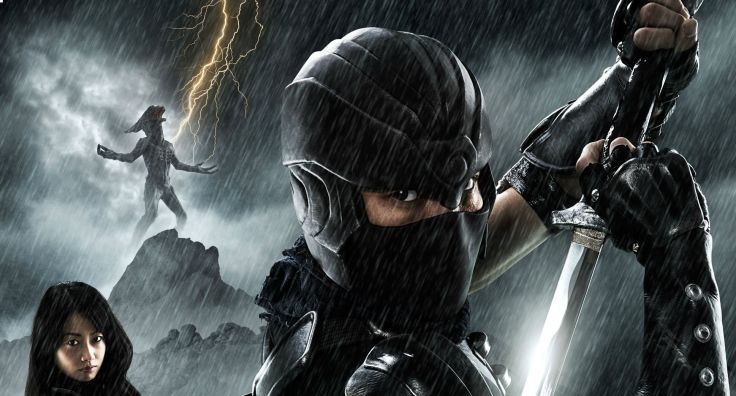 Again, if you want to watch an hour and a half of pure bad movie bliss, this will likely suit your need. It’s a good one to put on with friends and bask in the ridiculous fighting while adding your own voice-overs. It’s a lot of fun if you can handle it. However, the fun comes with it’s flaws; video and audio quality suffer and there’s not a lot to supplement the film. But hey – Ninjas AND aliens!