Alice Through The Looking Glass is a 2016 American fantasy adventure film that was directed by James Bobin and produced by Tim Burton, Joe Roth, Suzanne Todd and Jennifer Todd.  The film is based on the characters created by Lewis Carroll and serves as a sequel to the 2010 film, Alice In Wonderland. Featuring such stars as Johnny Depp, Helena Bonham Carter, Sacha Baren Cohen, Stephen Fry, and Alan Rickman (in his final role), audiences can expect a phenomenal visual presentation with this film.

In the film, Alice stumbles across a magical looking glass that transports her back to Wonderland, where she finds the Mad Hatter acting much more mad than usual and seeking to find the truth about his family.  Alice then travels through time using the chronosphere, crossing paths with both friends and enemies at different points throughout their lives and embarks on a journey to save the Hatter before time runes out.

The film made its US theatrical debut on May 27, 2016.  Receiving a significant amount of negative feedback from critics, Alice Through The Looking Glass was considered to be an “underperformer” at the box office in comparison to its 2010 counterpart.

I can completely understand why Alice Through The Looking Glass received so much negative feedback.  I mean, it was marketed to be a sequel to the film that came out 6 years ago.  With that taken into consideration, the film was absolutely horrible. There is essentially no connection to the earlier film other than characters, and it does not offer anything additional to the original story. However, as I watched this movie, I treated it as a completely separate film and I thoroughly enjoyed it.  It was sort of like The Time Machine meets Alice In Wonderland.  There was a lot of adventurous aspects to this film and it gave us a pretty solid story that was well kept throughout. If Disney had not tried so hard to make the connection to the original Alice film and had marketed this in a different way, I feel that it would have been more successful, as it is equally as good as the original, but offers no real connection. View this film as it’s own entity, and you will enjoy it 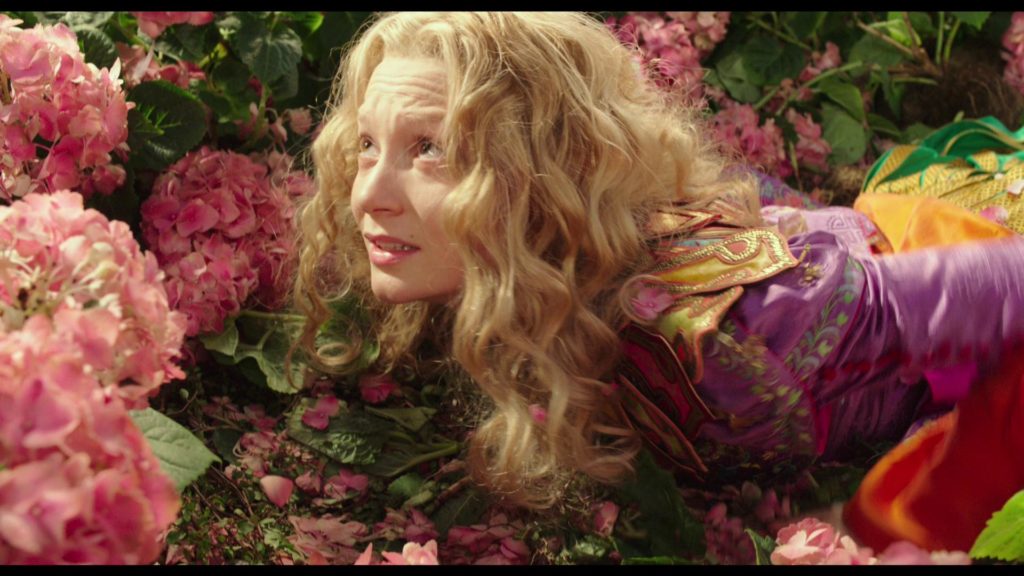 Coming to home theater in 1080p, Alice Through The Looking Glass looked absolutely phenomenal on my television.  Full of bright, vivid colors, the scenery was beyond words gorgeous.  Using a significant amount of special effects, the CGI graphics didn’t look bad at all and it allowed the audience to really gain an appreciation for the mission that Alice has embarked upon.  Giving us a new perspective on time travel, and actually seeing her move through time was a great experience. 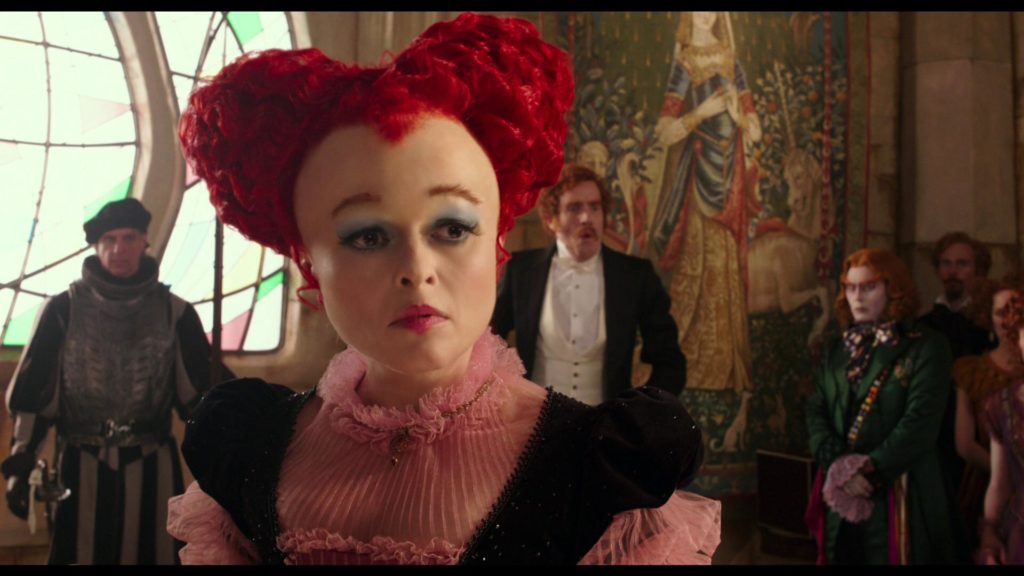 Bearing a DTS-HD Master Audio 7.1 audio track, Alice Through The Looking Glass really sounded fantastic coming through my home theater system.  Everything from the distinct side chatter from characters who weren’t the main point of focus to the film’s musical score was beautifully presented.  I just wish that they would have included an elevation aspect with Atmos technology.  Atmos would have not only allowed for a more immersive experience, but it would’ve expanded some of the audible focus to parts of the scenery that were all around the characters as the various scenes played out, creating a more immersive 3D field of sound.  However, don’t let the fact that there isn’t an Atmos track deter you from checking this film out because it truly was a great audio experience. 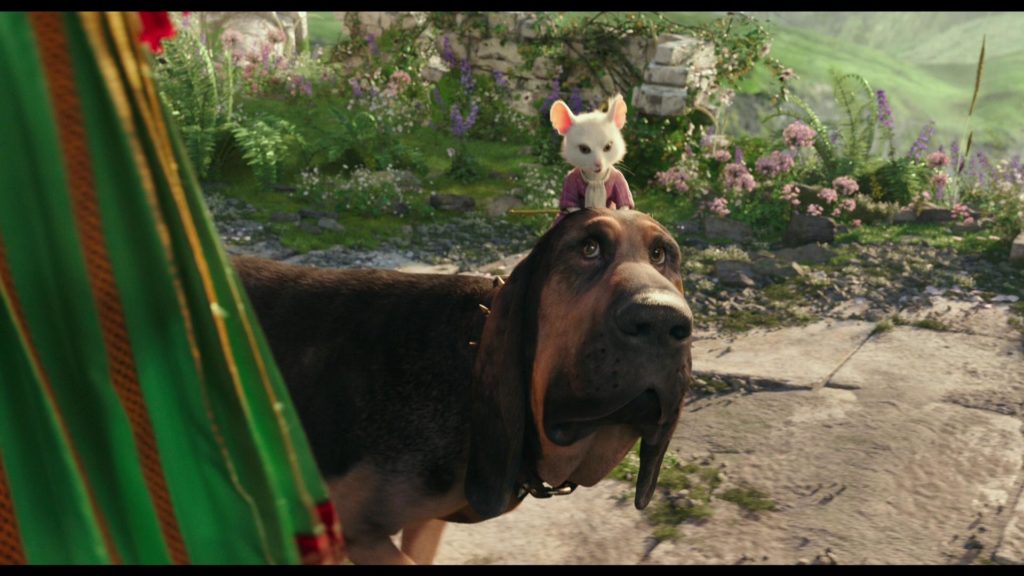 Alice Through The Looking Glass comes packaged in your standard Blu-ray amaray case, and does include a slipcover for the films first print run.  Contained within this release is your standard Blu-ray disc of the film, a DVD copy of the film as well as a digital redemption pamphlet allowing you to add it to your personal digital library for on the go streaming.

The standard Blu-ray release of Alice Through The Looking Glass comes packaged with more than enough additional content, allowing the audience to dive deeper into the film and its production.  Included with this release is: 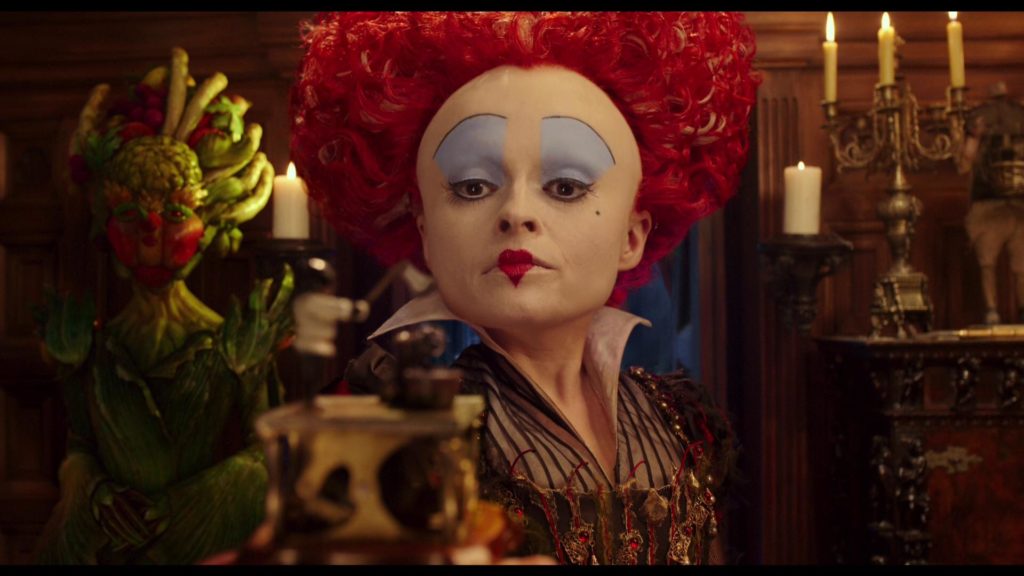 Overall, I really enjoyed watching Alice Through The Looking Glass.  It was an extremely adventurous story, and a completely new take on the characters in the fabled Alice In Wonderland story.  The fact that it was marketed to be a sequel to the earlier film was a little upsetting because there was not much more than a brief connection between the two stories.  However, when treating this film as a completely separate entity, it really was a great experience.

Presented in 1080p, the colors really popped in the scenes that occurred in Wonderland.  Being extremely bright and vivid, much in that same TIm Burton style, I couldn’t look away.  Providing us with DTS-HD Master Audio 7.1 track, audiences are given the opportunity to feel like they are right in the middle of the action as the film plays out.  In fact, while Alice is traveling through time, just having the ability to hear the time machine zoom past me from all possible angles, putting my Prime Bookshelf and Prime Satellite speakers from SVS Audio to work, I was able to really gain an appreciation for the goal that Alice had set out with on her journey.

If you’re like myself and ignore a lot of the negativity that this film received and are genuinely curious about checking it out, I would highly recommend picking the Blu-ray up.  Just go into it with one piece of advice and treat it as a separate film and not a sequel, I think you’ll enjoy it a lot more with that in mind. 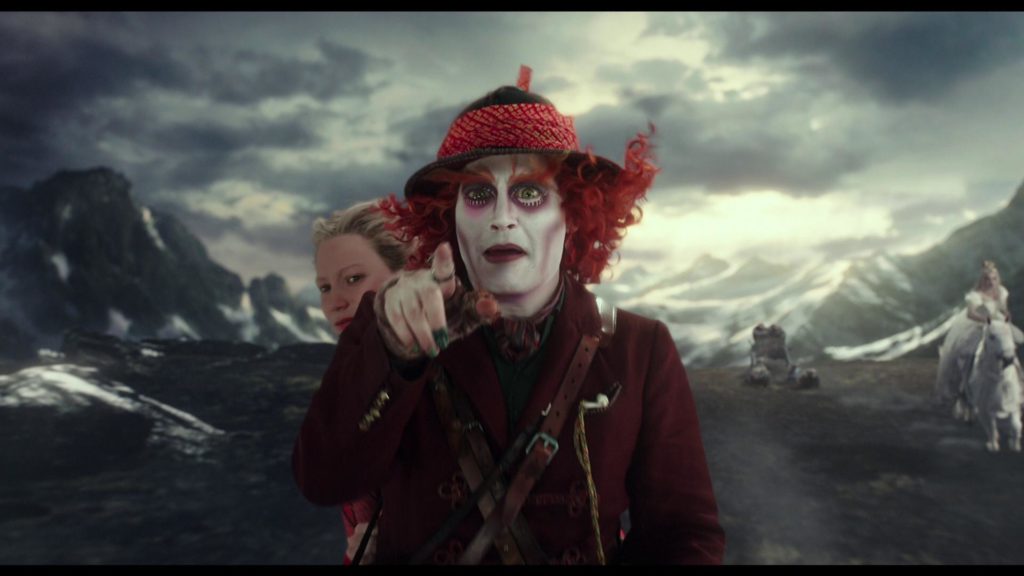