Action Point is a 2018 American comedy film that was directed by Tim Kirkby and stars Johnny Knoxville and Chris Pontius. Knoxville was inspired to make the film after seeing Matt Robertson’s 2013 short documentary titled The Most Insane Amusement Park Ever, about Action Park, a theme park in New Jersey which was notorious for its poorly designed, unsafe rides, in addition to employing underaged, undertrained and often under-the-influence staff.

The film follows D.C. as he is the crackpot owner of Action Point, a low-rent, completely out-of-control amusement park with dangerous rides. Just as D.C.’s estranged teenage daughter Boogie comes to visit, a corporate mega-park opens nearby and jeopardizes the future of Action Point. To save his beloved theme part and his relationship with his daughter, D.C. and the Action Point staff risk everything to pull out all of the stops.

As with Bad Grandpa, a previous film by Knoxville, Action Point features the traditional Jackass-style stunts connected by a fictional narrative. It was released in the United States on June 1, 2018 by Paramount Pictures. It underperformed at the box office and received mostly negative reviews from critics, who called film “burying, by-the-numbers and deflated.” 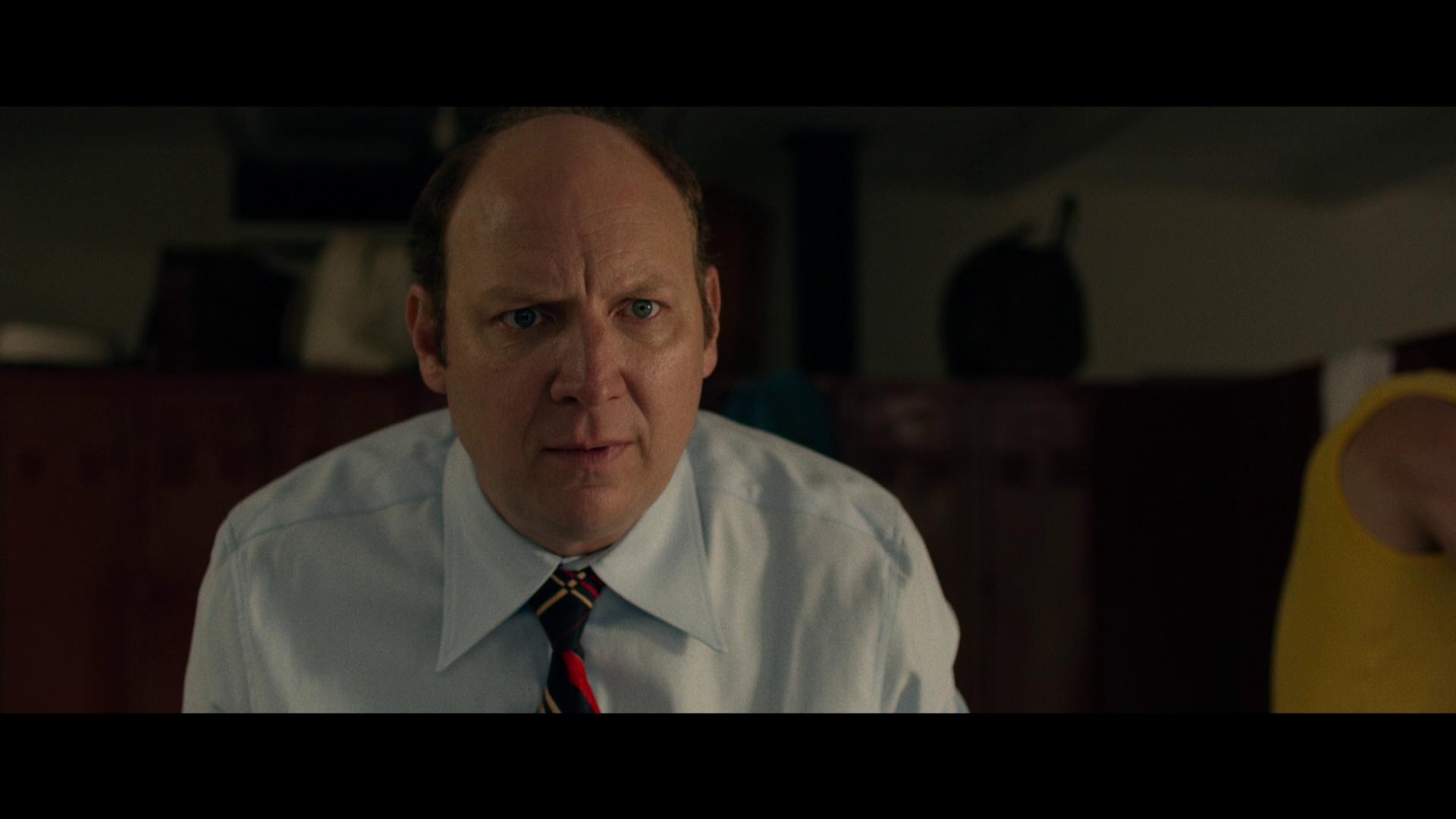 Action Point is a movie that had a lot of high expectations, especially given the high amount of idiotic things that Johnny Knoxville have done throughout his career. Those expectations, were unfortunately not met because it is clearly obvious that the stuntman gone actor has started to age and the effects of his earlier work has really taken a toll on him physically. However, this movie provides us with a decent enough storyline that’s accompanied by a number of laughs that it makes for an “okay” experience that I can’t really hate on all that much. It is easily understandable as to why this movie received so much negativity, but given the fact that Knoxville and Chris Pontius aren’t their young explosive selves anymore, you can definitely tell that they still have the overall good sense of humor that resulted in the explosion of their careers during the late 90s and early 2000s. 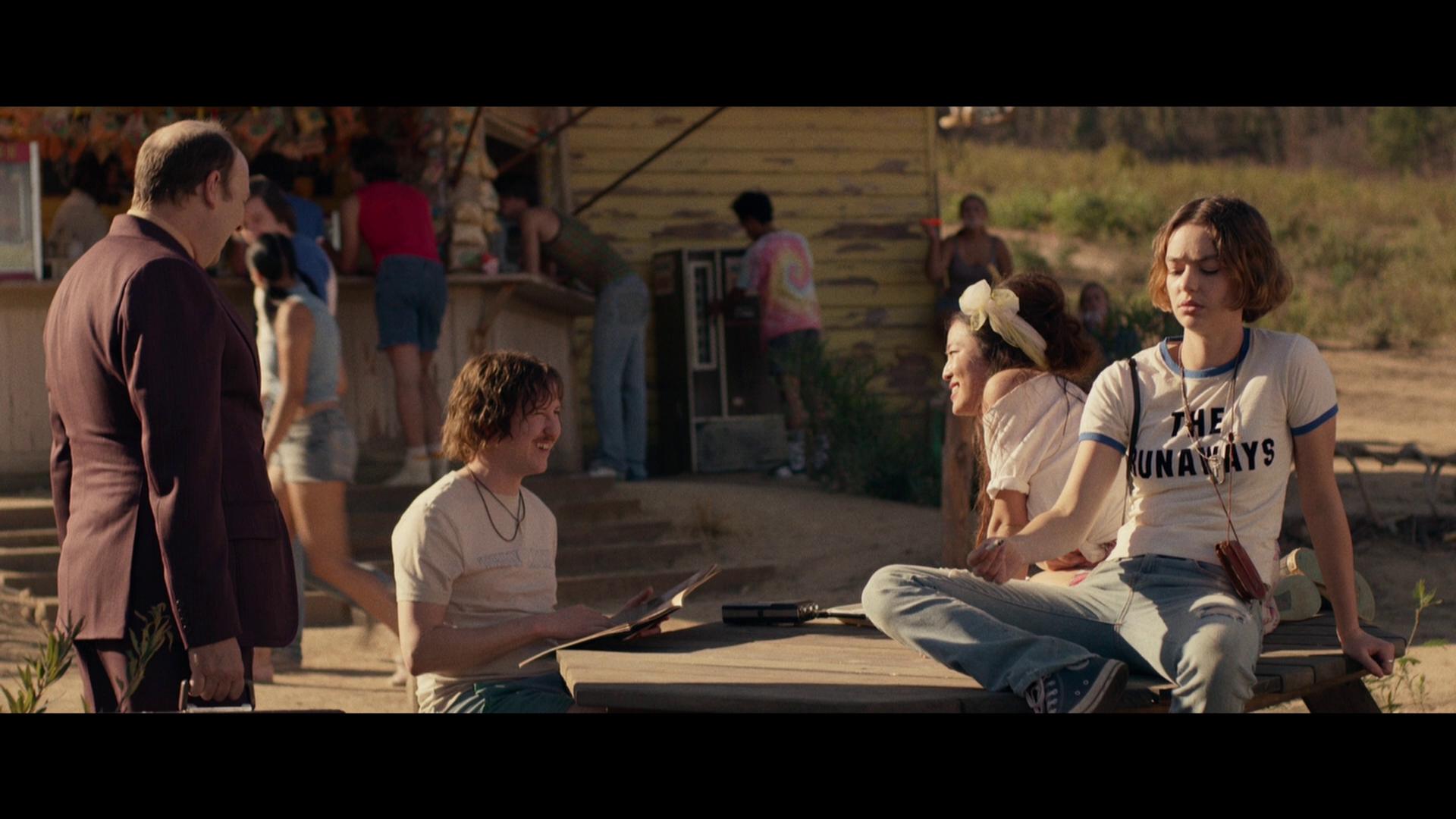 Generally speaking, Action Point looked pretty good as it played out across my living room television.  While this film doesn’t necessarily scream intensity or call for the use of over the top special effects, it was really nice and clean to sit down and see as the story progressed.  Everything from the living space that DC spent his days in living, to the variety of dangerous rides that were at the parked really stood out from beginning to end.  Unfortunately, there really weren’t any scenes that stood out more than the others; however, I did rather enjoy the darker undertone that accompanied the overall degradation of the park as it helped in understanding or feeling the “darker times” that were felt by the park as a whole.

Bundled with a DTS-HD Master Audio 7.1 mix, Action Point really does try to offer an all out immersive experience.  The majority of the film doesn’t really call for the inclusion of those surround channels; but there certainly a handful of moments that were more distinguished because of their inclusion, and it really allowed for a nicer experience for those given scenes.  One of the nicer sounding sequences were as the various chaotic rides were being ridden, and the transitioning from channel to channel helped to make it feel as if you were on said ride.  Outside of that, the acknowledgement of the camera location in relation to the viewers sitting in front of the screen worked out really nicely, and allowed for a smooth transition and experience as it played through my home theater system.  Dialogue is spoken cleanly, and certainly takes precedence over ambient elements, allowing for everybody to be heard and understood without having to manually adjust the volume controls as the film progresses. 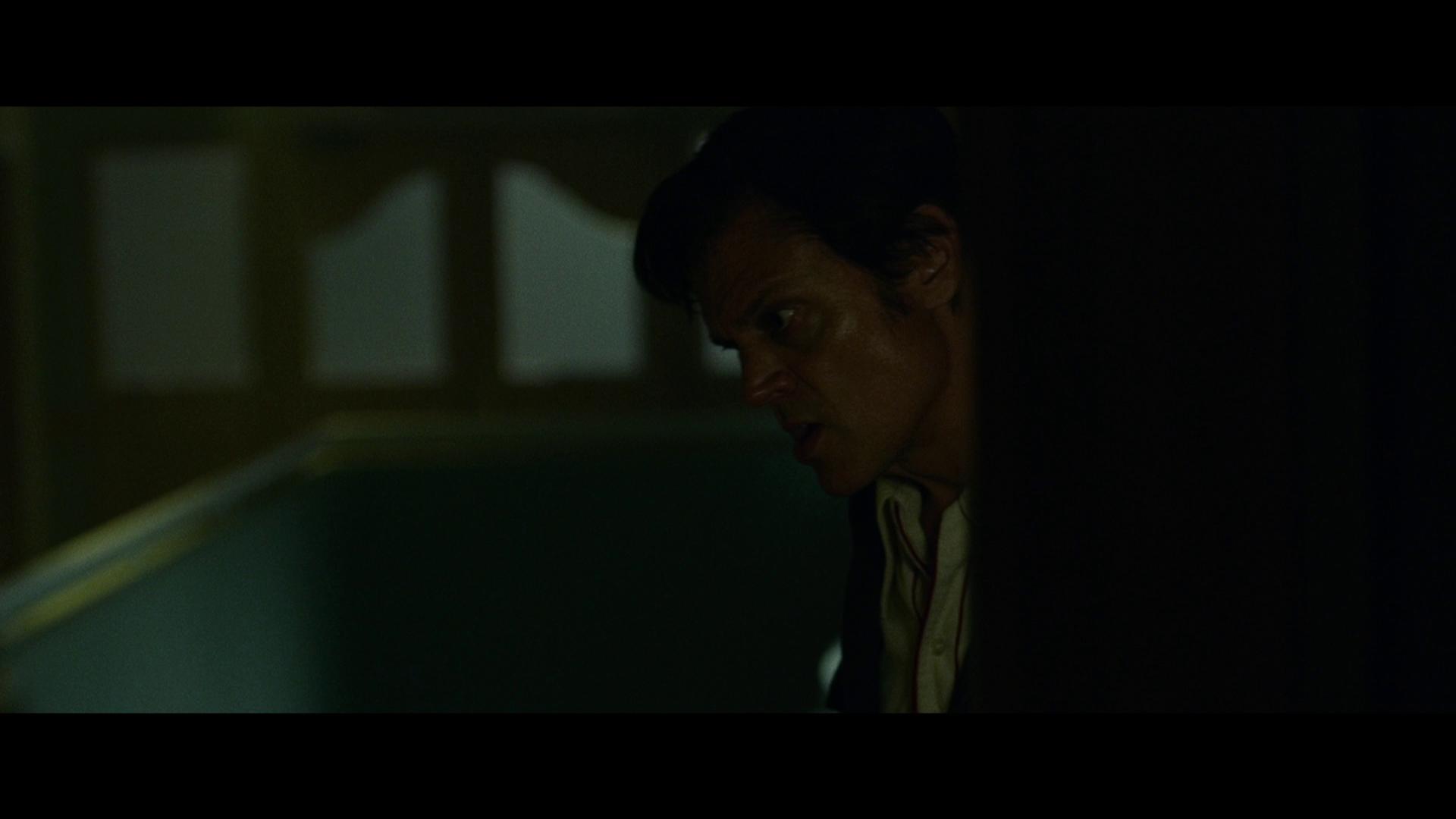 The Blu-ray release of Action Point comes packaged in your standard two-disc Blu-ray amaray case.  Within that case is the standard Blu-ray copy of the movie as well as the standard DVD copy.  Neither of those discs feature any artwork that’s related to the movie outside of the standard release text and considerably generic and solid colored background.  There is a digital copy redemption pamphlet that has been included for the various streaming platforms as well as a slipcover that’s been made available in the original pressing that features the same piece of artwork that’s been provided on the case art. 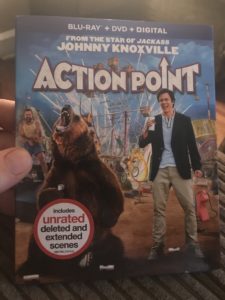 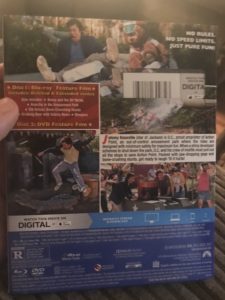 There are a handful of special features that have been included with the Blu-ray release of Action Point.   The content, allowing for a small extended look into the story, but more so much the amount of work and fun that went into making this movie.  I do think there should have been more details about the storyline and DC himself, as that would have allowed for a significantly more informative experience.  However, I will say that if you explore these features, you will appreciate the content that’s been made available.  Not to mention, the laughs that are almost guaranteed to be had as you watch the fun that everybody had during the filming process. 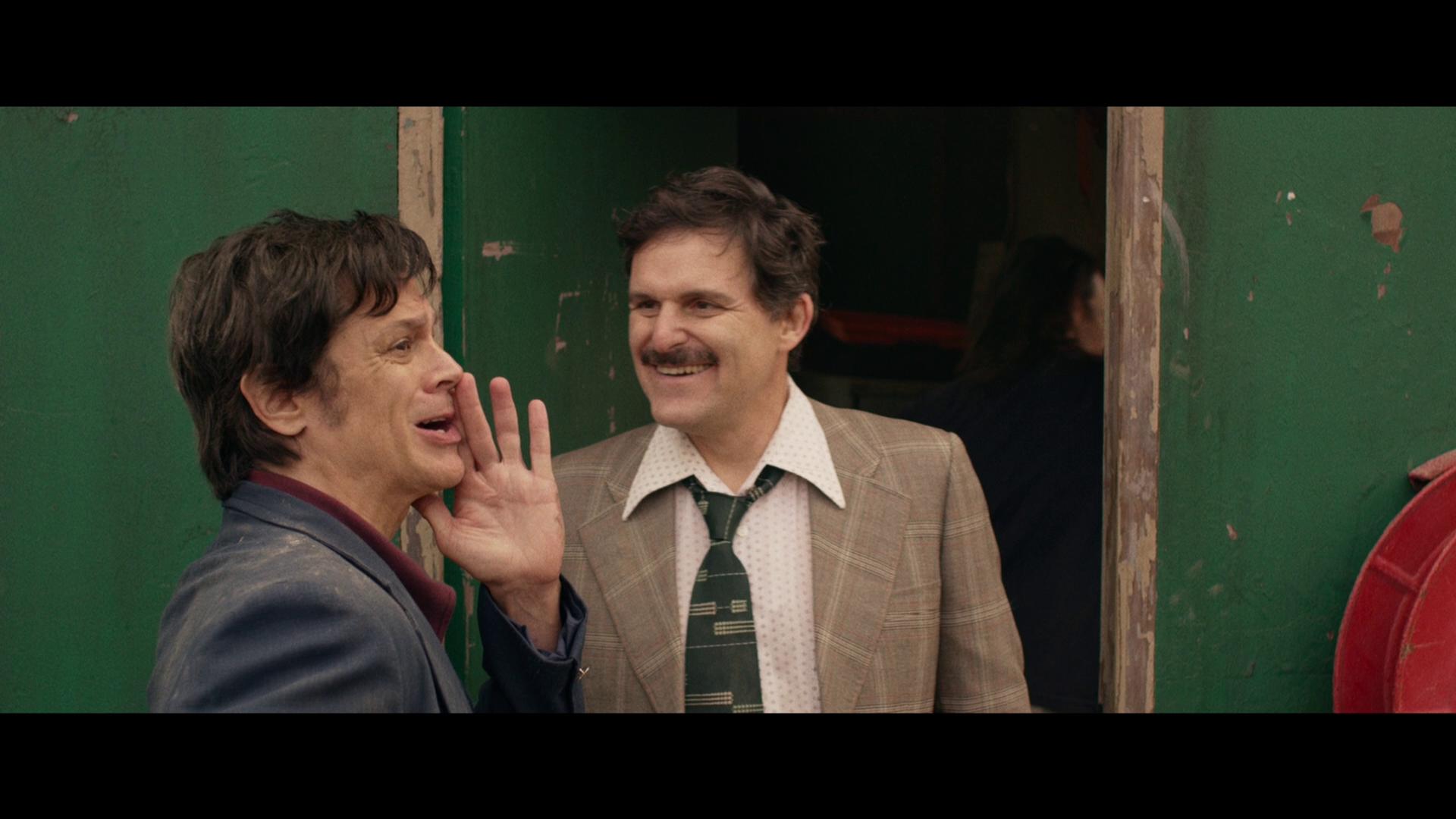 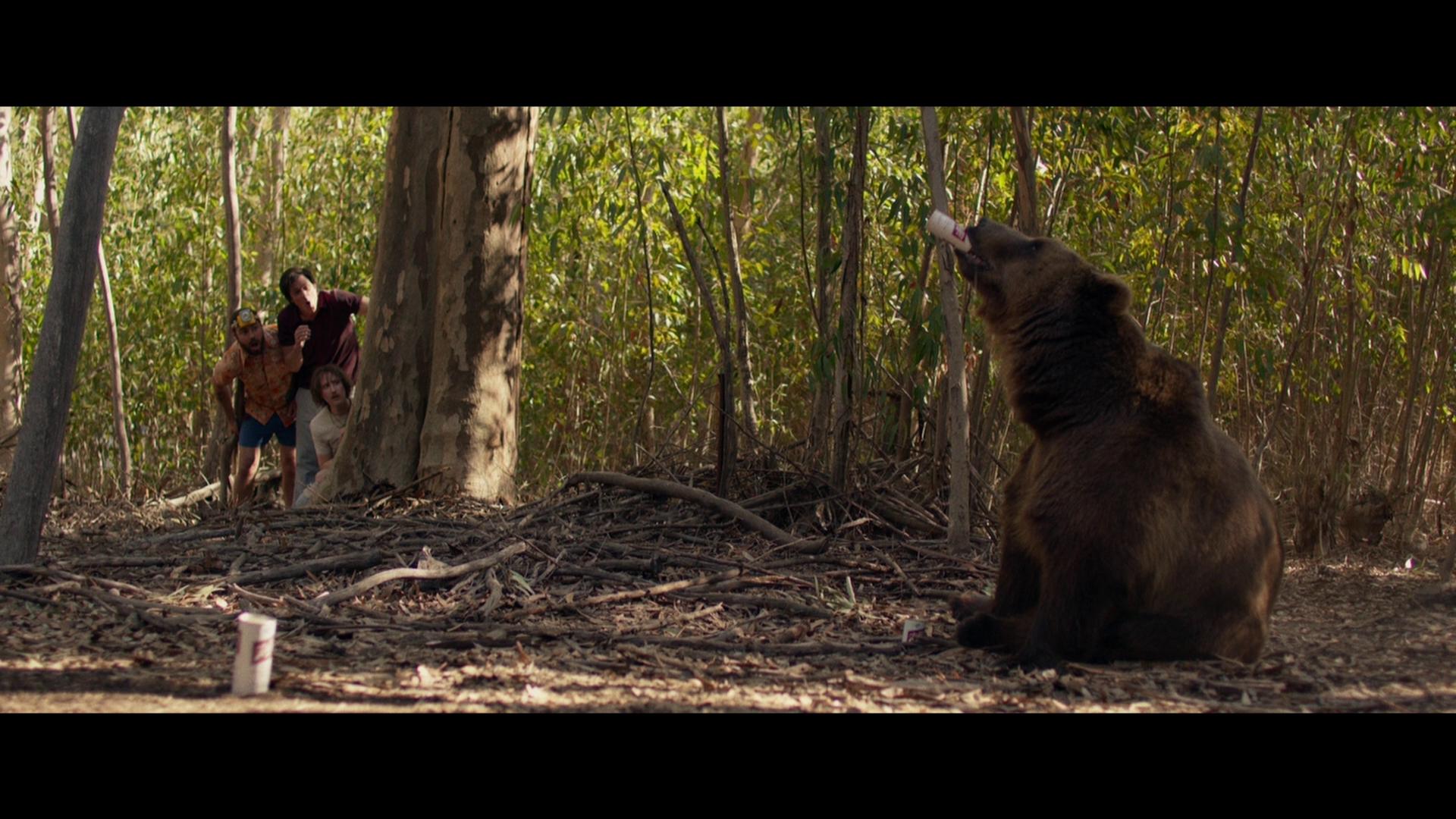 Overall, Action Point wasn’t all that bad.  I mean, I can completely understand as to why it received the hate that it did.  With a star like Knoxville headlining a movie, there’s a certain level of expectations that are set, and this movie is one of his more weaker ones in terms of comedic ventures and overall stupid stunts.  The story and experience that was provided with this movie was more of a funny yet wholesome experience that both my wife and I found to be enjoyable.  While it definitely wasn’t one of the greatest films that we’d seen, we were definitely happy to have picked it up.  The audio and visual presentation of the Blu-ray release were right on par with what I personally would expect with a standard Blu-ray release.  There’s also a good adventure within the special features that have been provided with this release.  If you’re considering grabbing this release for your collection, I would definitely recommend checking it out.  Action Point was made available on Blu-ray this past Tuesday, August 21. 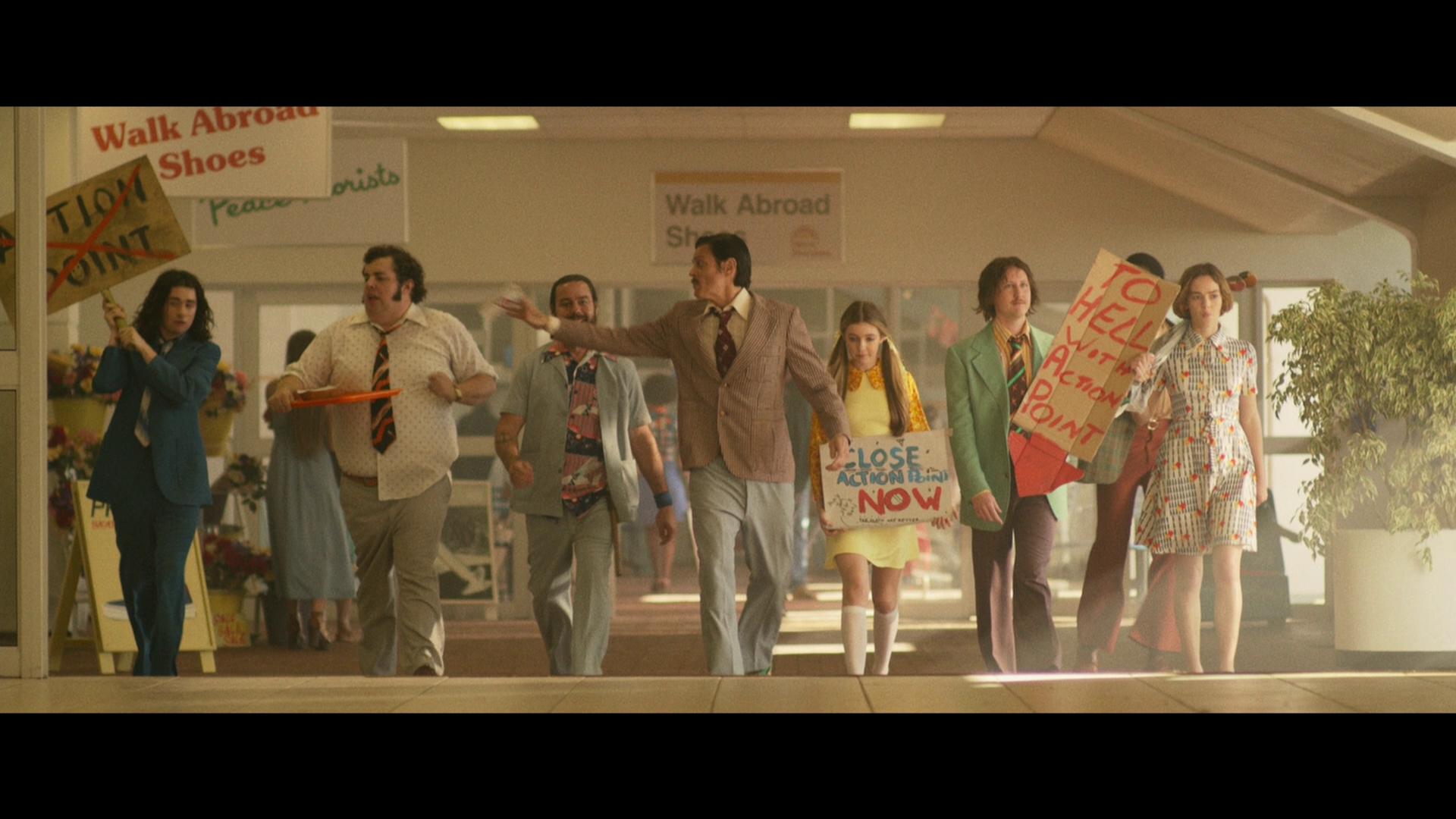