Acrimony is a 2018 American psychological thriller film that was written, produced, and directed by Tyler Perry. The film stars Taraji P. Henson, Jazmyn Simon, and Crystle Stewart, and follows a loyal wife who decides to take revenge upon her unfaithful husband. Principal photography for the film began in October 2016 in Pittsburgh, PA. Acrimony was released in the United States by Lionsgate Films on March 30, 2018.

The film is separated into various categories that are based on the emotional spectrum that Melinda experiences, as follows: Acrimony, Sunder, Bewail, Deranged, Inexorable. The film routinely shows a running total and dwindling balance of the life insurance proceeds she receives after her mother’s death, as she, and Robert, get over their heads in debt. Also, the music of Nina Simone is played throughout the film, a shared favorite of the lead couple.

Overall, it’s received generally unfavorable reviews from critics and has grossed approximately $46 million worldwide. In the United States and Canada, Acrimony was released alongside God’s Not Dead: A Light In Darkness and Ready Player One, and was projected to gross $10-15 million from the 2,006 theaters playing it during opening weekend. It made $7.6 million on the first day, including $1 million from Thursday night previews. It went on to debut to $17.2 million, finishing second behind, behind Ready Player One, and besting both projections and the $10 million opening of Henson’s Proud Mary just two months prior. 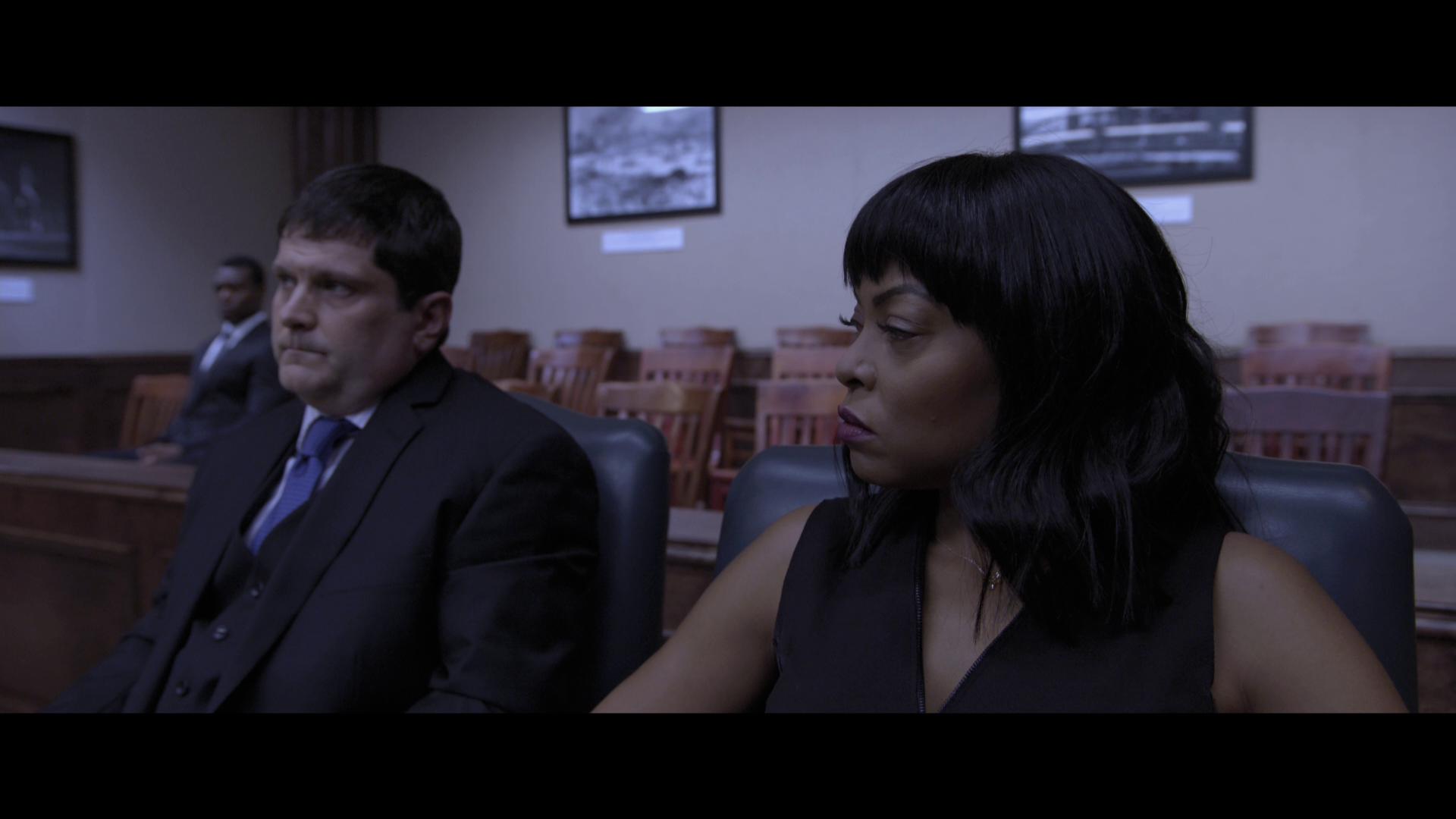 Acrimony isn’t your standard Tyler Perry movie, and I mean that in that it doesn’t feature him dressed up as the overly obnoxious Madea character that runs around acting like an idiot and can’t seem to just end.  This movie is more of your run of the mill soap opera, but with a twist that neither my wife nor I could see coming.  It does start off considerably slow as the cast acts out the foundation to the storyline.  And once that foundation is set, things definitely take a left turn. 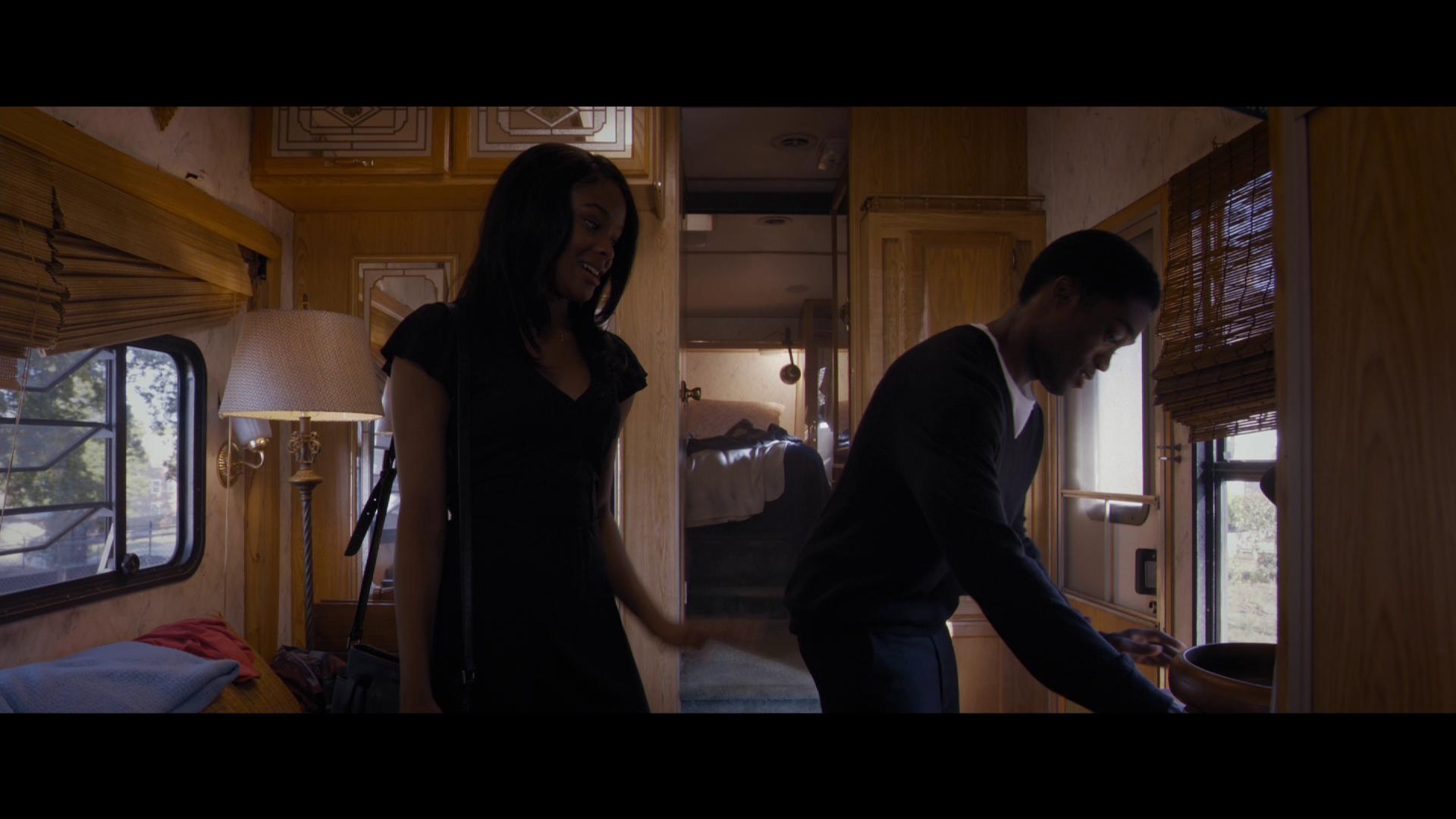 Presented in 1080p, Acrimony looked pretty damn good as I watched it on my living room TV.  Giving audiences a distinct view into the grit and strife that Melinda felt as she was basically providing for her husband, Robert.  Giving a clear view of the inner-city living that they shared, as he would work to try and achieve his life long dream.  One of the things that I really liked was the visual affects or camera manipulation that was used as the five categories of the emotional spectrum were portrayed as it really allows for the perspective to be seen through the eyes of Melinda.

Acrimony comes packaged with a DTS-HD Master Audio 5.1 audio mix, as it uses the power that accompanies DTS Technologies to ultimately convey the seriousness that lies behind the story of this film.  Normally, I would give some flack with the choice of a 5.1 mix and the overall lack of immersion; however, this movie really didn’t call for the inclusion of the surround channels.  Dialogue is presented cleanly, allowing everyone to be heard and understood.  Audio effects were really on point, conveying the severity of the various actions that were being carried out.

The Blu-ray release of Acrimony comes packaged in your standard 2-disc Blu-ray amaray case.  Within that case is the standard Blu-ray copy of the film as well as the standard DVD copy.  Both discs feature the same piece of artwork that also matches that of the case art.  There is also a digital copy redemption pamphlet included for the various streaming options.  There is also a slipcover that’s been made available during the original pressing that features the same piece of artwork that’s been provided on the case art. 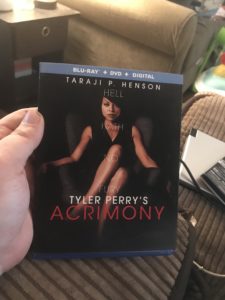 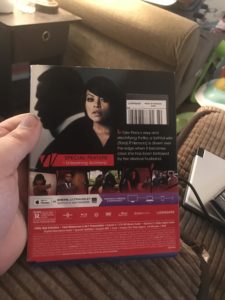 There is only one special feature that’s been included on the Blu-ray release of Acrimony.  The piece that’s been included does show some of the work that went behind the film, and a little amount of expansion of the story; but, it’s also very minimal to say the least.  There should have also been an audio commentary included, and at least the promotional material that was used to advertise the movie.  Included with this release is: 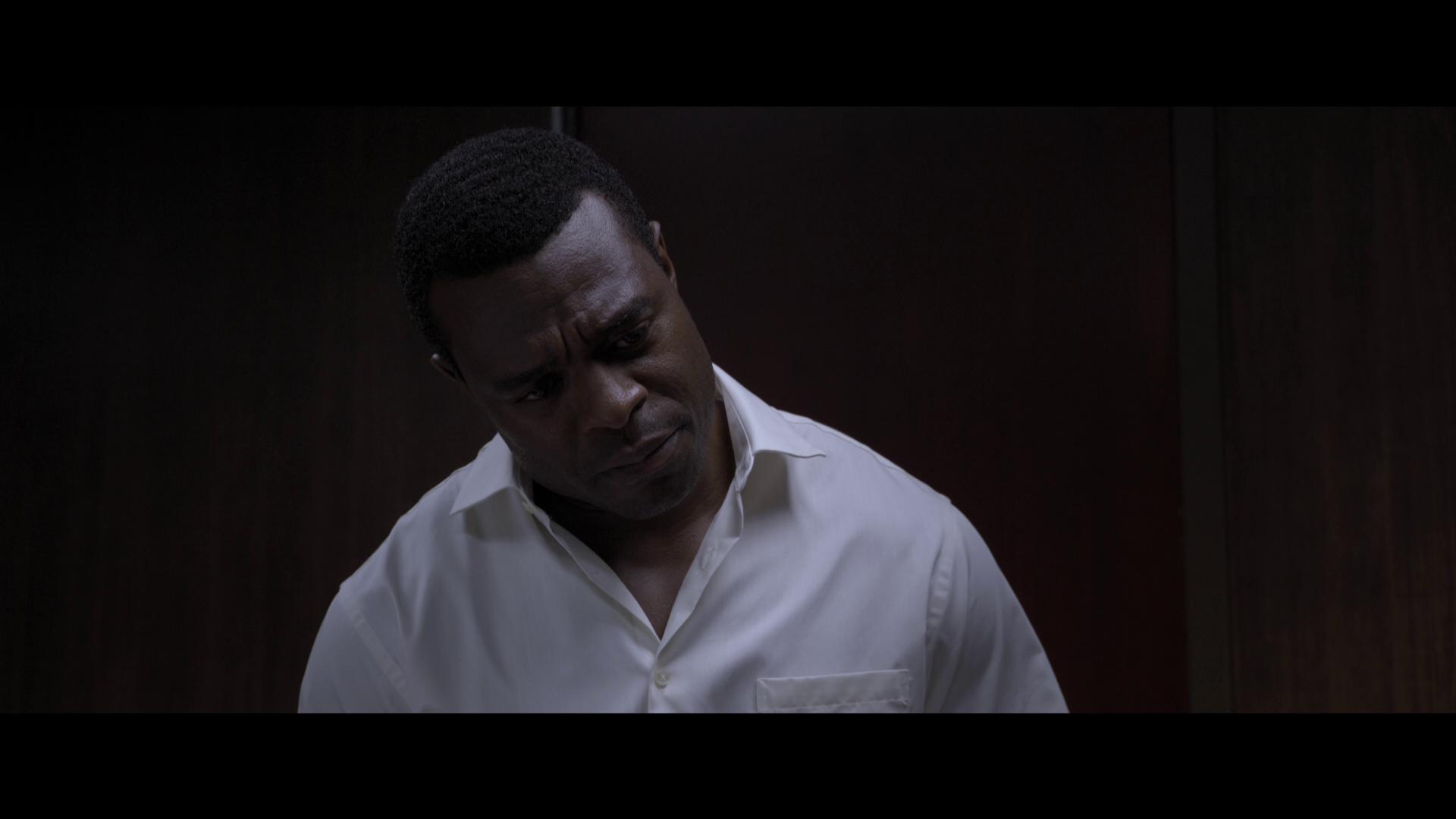 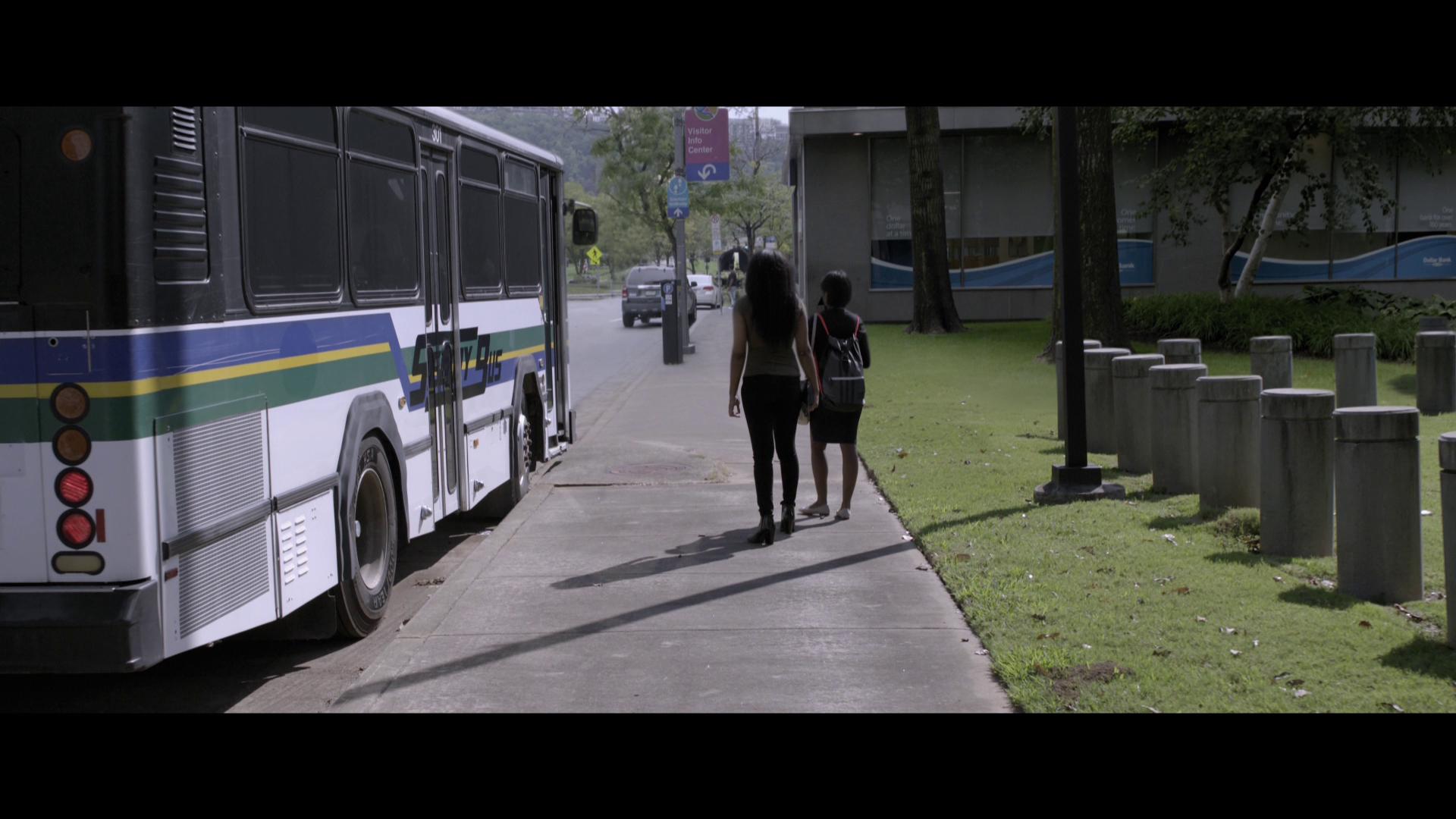 Overall, I found Acrimony to be semi-enjoyable.  It does start out pretty rough and the pacing is what felt to be unbearable.  But, if you stick with it, and allow the movie to set its foundation for the story, things get really interesting and completely unpredictable.  Is this movie something that I would include in my top ten?  Absolutely not, but I know it’ll be something that I will re-visit at some point down the road.  The visual and audio presentation of the Blu-ray were really the best part of this release as there was some effort that was noticed in relaying the five stages of the emotional spectrum that Taraji P. Henson’s character went through.  The audio, not as immersive as other movies, really didn’t call for the surrounding features.  They would have been nice but ultimately unnecessary.  Special features are considerably minimum, and I feel that there should have been more work put in on this front.  If you’re considering grabbing this movie for your collection, I would definitely recommend renting it or checking it out before you purchase it to make sure that it’s something that you’ll like.  Acrimony will be available on Blu-ray and DVD beginning on Tuesday, June 26, 2018. 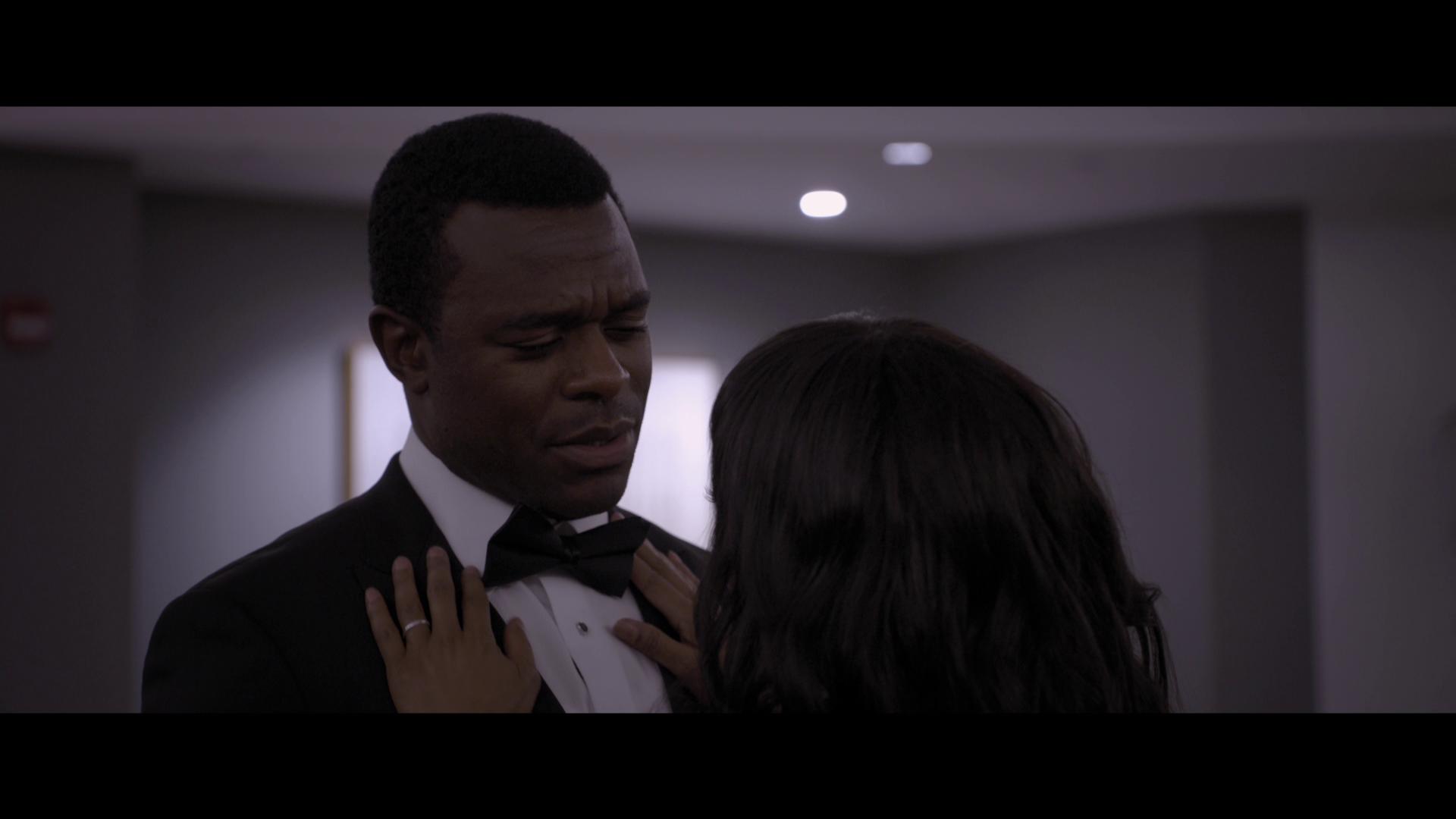