Director Richard Curtis has presented us with many worlds.  Many of which seemed to be dominated by the “Rom-Com” (Romantic Comedy) genre.  Over the years he has presented films in this genre that seem unafraid to take an honest look at the many aspects of this part of our lives.  His films are not that numerous yet they are all relatively loved and known by the target market.  Everything from Notting Hill which now seems like a film that happened twenty years ago (18 years actually, how old are we) to Love Actually, a film that has become a staple in many homes especially around the holidays.  His direction has a unique way of transporting you to whatever world he has created.  In 2013, he tackled his next project which would honestly go unnoticed in comparison to his previous work and is truly a mystery why.  The film is entitled About Time, and much like his previous body of work it tends to hold a mirror to everyday occurrences and the way the little moments in life can be some of the most enjoyable.  Only one thing sets this particular film apart from his growing body of work, TIME TRAVEL. 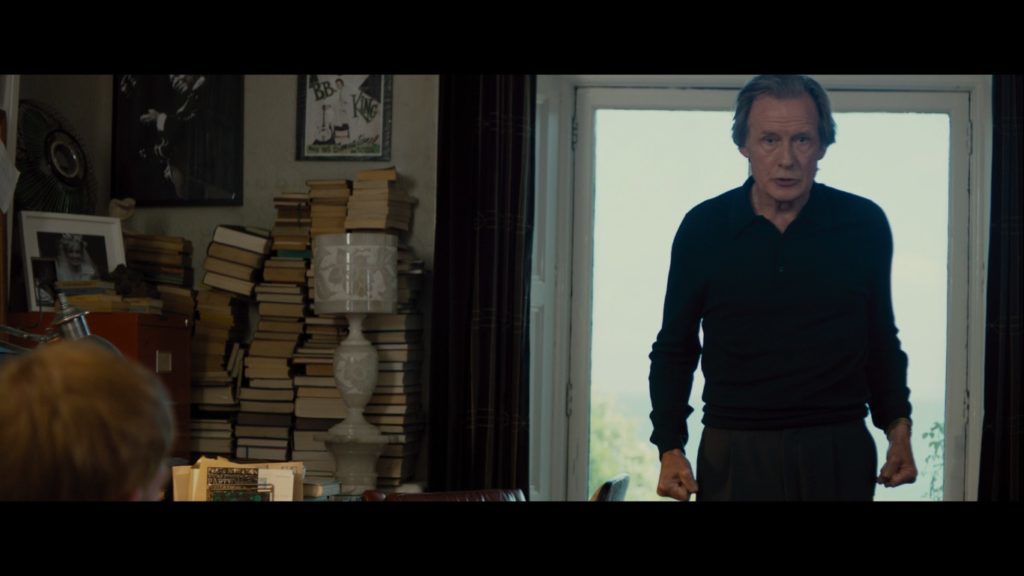 Our story follows Tim, played by the young and upcoming Domhall Gleeson (Harry Potter and the Deathly Hallows, Ex Machina, Star Wars: The Force Awakens), who upon turning 21 is informed by his father the he, much like all the men in his family, has the ability to travel in time.  He and his father have a rather brisk conversation about what he shall do with this newfound ability, after a test run of course.  After discussing various downfalls of pursuing money, Tim lands on the idea of love.  Tim soon discovers, as Gleeson’s pleasingly British voice narrates, that “all the time travel in the world can’t make someone love you.”  Everything seems rather hopeless until we meet Mary played by the gorgeous Rachel McAdams. Unsurprisingly, Tim falls helplessly for Mary but like most things in this world that seem like a gift, time travel finds a way to complicate things.  Ultimately the story then becomes about how he will find her and make her fall for him all over again.  This is where the time period, in which the film takes place, gets a bit murky for me,  Through the use of older songs (songs released 5-10 years ago) we are lulled into a sense of nostalgia that I’m not sure I was even aware of right away.  This coupled with the addicting love story the whole thing is intoxicating, I just could not look away.

The way Richard Curtis is able to frame his characters on screen and let the sense of dialogue shine through is absolutely unique. I saw this film in theaters way back when and I can say it felt larger, not just in the literal sense, on the big screen that it does for home viewing.  Something was lost although I am not sure what.  What is still there in abundance is the emotion, it manages to shine through even on the smallest of screens.  The transfer to Blu-ray seems natural, the detail is there and this is a beautifully shot film overall.  This time around Curtis paired himself with John Gulesarian who has his hand in a few unique(ish) romantic films such as Like Crazy and Before We Go who was able to give the film a unique sense of visual style.  Curtis had a very specific vision for this film and several of the moments in it.  He was quoted saying he wanted the filming to be a bit more informal and wanted the film as a whole to reflect in that way. 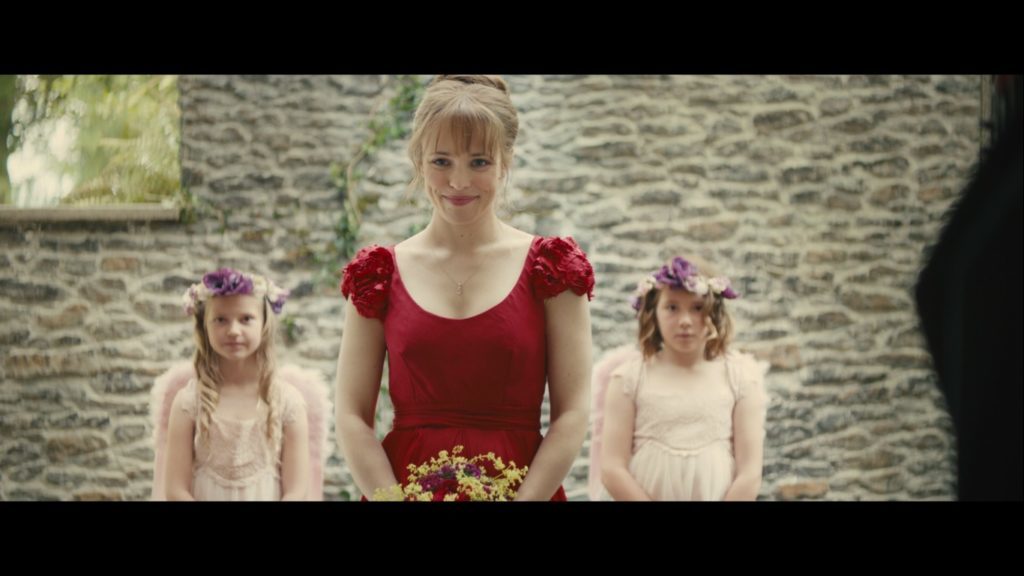 One of the unique aspects of the film is the choice of score and soundtrack.  In the beginning, all we really experience is Domhnall Gleeson narrating and guiding us through his story.Beneath that is  a rather quiet score that is both lightly sprinkled through, the first act, and beautiful.  From the moment we meet Mary (McAdams) this seems to change, sure we still have the score but as the couple matures and the relationship evolves so does the style of music.  You get a sense that the music playing and variations on the song choices are, in fact, a reflection of the very character we are focused on.   It is a rather wonderful way to present the underlying tone through song choice all the while encouraging growth from the characters through the song choices.  Perhaps the most noticeable choice is of course “How Long Will I Love You?” by Ellie Goulding performed by a group of underground (subway) artists during a montage.  The song choice is perfect and frames where the story is headed without being too on the nose and in your face. 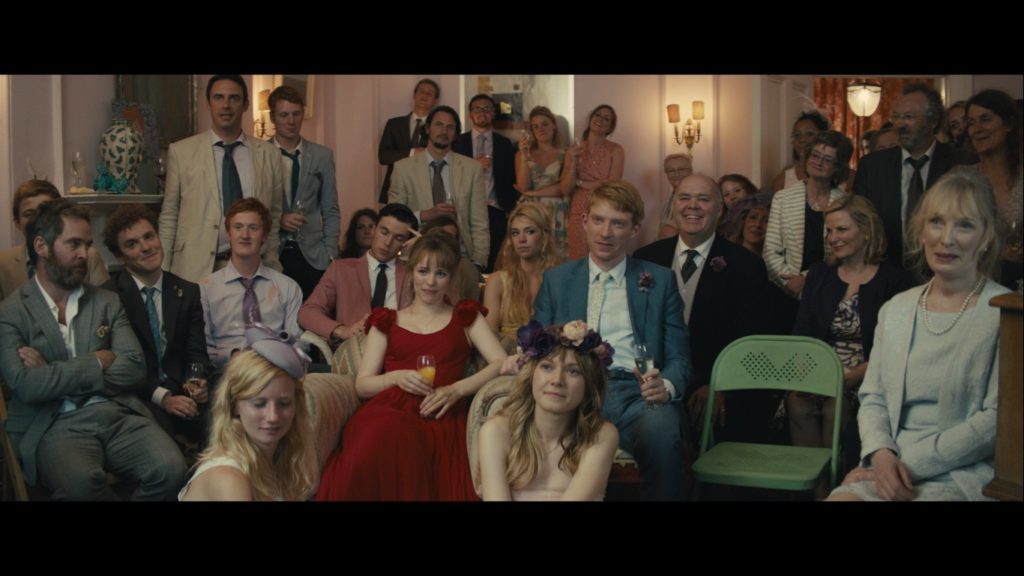 If memory serves, I pre-ordered this film, or if not pre-ordered, purchased it during release week.  The reason I mention this, as you will see below, is I have no slipcover.  I do not believe one was made for the feature and I really am starting to become the guy who prefers a film that at least has the option.   I was able, however, to get a combo pack that included the Blu-Ray + DVD + Digital HD option this, of course, being before the newer trend of not including the DVD.  The artwork is prominent and appropriate it does well to set somewhat of a tone for the film inside and anything that features McAdams front and center I’m on board with.  On the inside, we have a disc on either side DVD on the Left with a plain background and Red Lettering and the Blu-Ray on the right with blue lettering and also the plain background.  So yes we do not get any disc artwork which is unfortunate.  The back of this edition is a mess.  It may just be me, but it is too busy.  The text is too small, the images are awkwardly placed and as a whole, it’s hard to focus on. 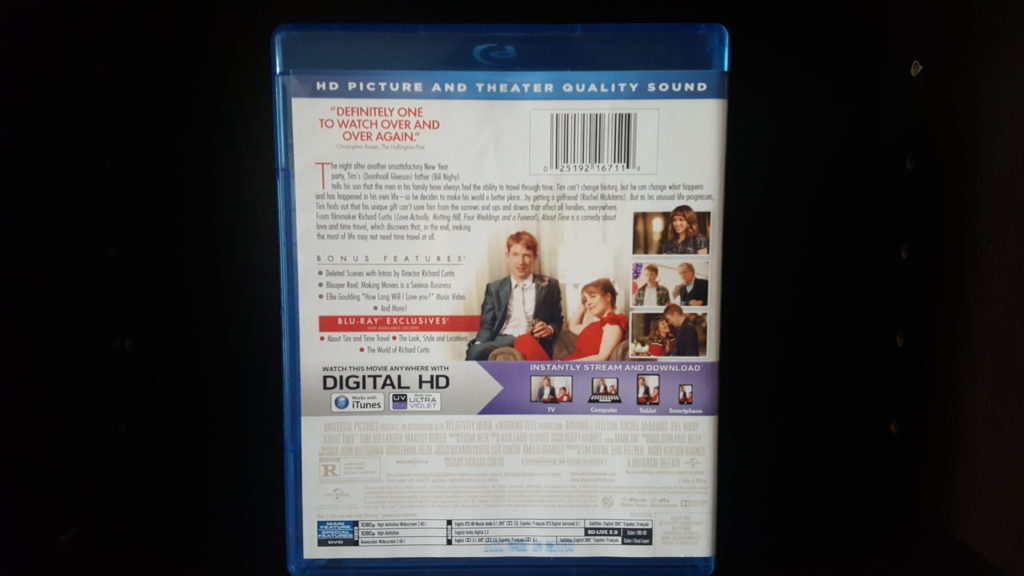 I rather enjoyed the mix of extras that were ultimately included in this release.  It had a nice mix of good exclusive content, and then just your traditional extras.  This film had a lot of heart and love involved and it is obvious when watching these features that are the case for the people involved as well. The features included are as follows: 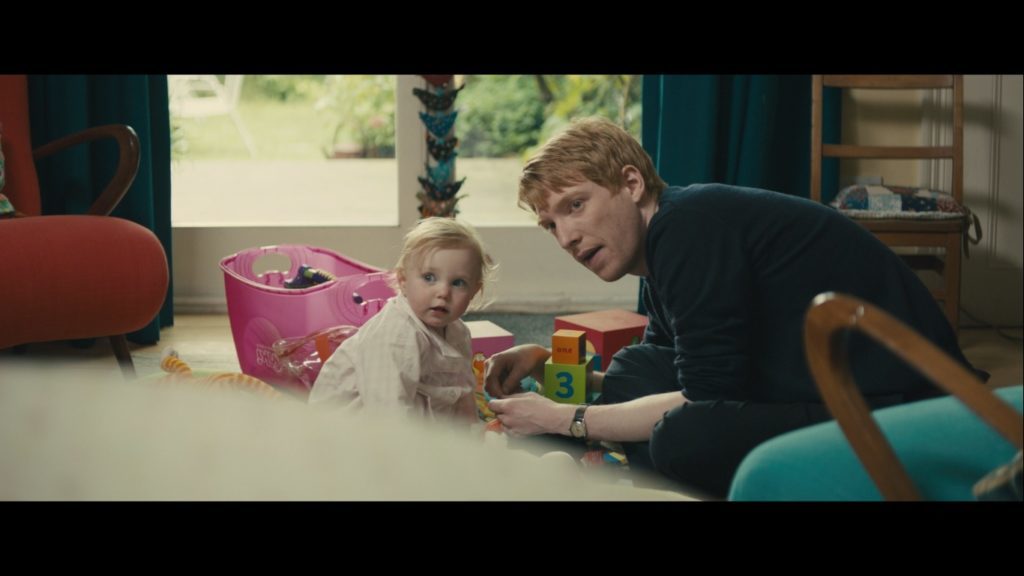 Right away this film has its own sense of rhythm.  The dialogue takes off between characters and stays very sharp, quick, and clever.  Once the film is off and going, I immediately start wondering why time travel has never been used quite this way, that is, as a plot device for the many ways in which relationships and love can make us think twice about the difference between the decisions we make and the decisions we have to live with.  I am not afraid to admit that part of me falls in love with the characters we get to know. However, I am at least self-aware enough to know that I am biased.  I see McAdams and it is hard not to fall in love with her characters, there is just something genuine there that I cannot figure out.  You may guffaw loudly at the thought of a film within this genre being of substance and offer something meaningful that can be regarded as worthwhile but to that I say, give it a chance and let it surprise you.  Deep down we are all big softies and this one will find its way in there and touch you in one capacity or another. You can buy this film HERE.