A Quiet Place is a 2018 American horror film that was directed by John Krasinski, who stars with Emily Blunt, his real-life wife. The film is produced by Michael Bay’s company, Platinum Dunes, which is also run by Andrew Form andBradley Fuller. Scott Beck and Bryan Woods began working on the story in 2014, and Paramount Pictures bought their spec script in 2017. Krasinski then joined as a director and wrote a new draft of the script. Principal photography took place later in the year in upstate New York. In A Quiet Place, a family must live life in silence while they are hiding from creatures which hunt by sound.

Premiering at South by Southwest on March 9, 2018, it was later released in the United States on April 6, 2018, by Paramount Pictures. It became a major box office hit, as it ended up grossing $330 million worldwide and received critical acclaim from film critics, who praised its originality, atmosphere, as well as the acting and directing, with some calling it a “smart, wickedly frightening good time”. A sequel is currently in development. 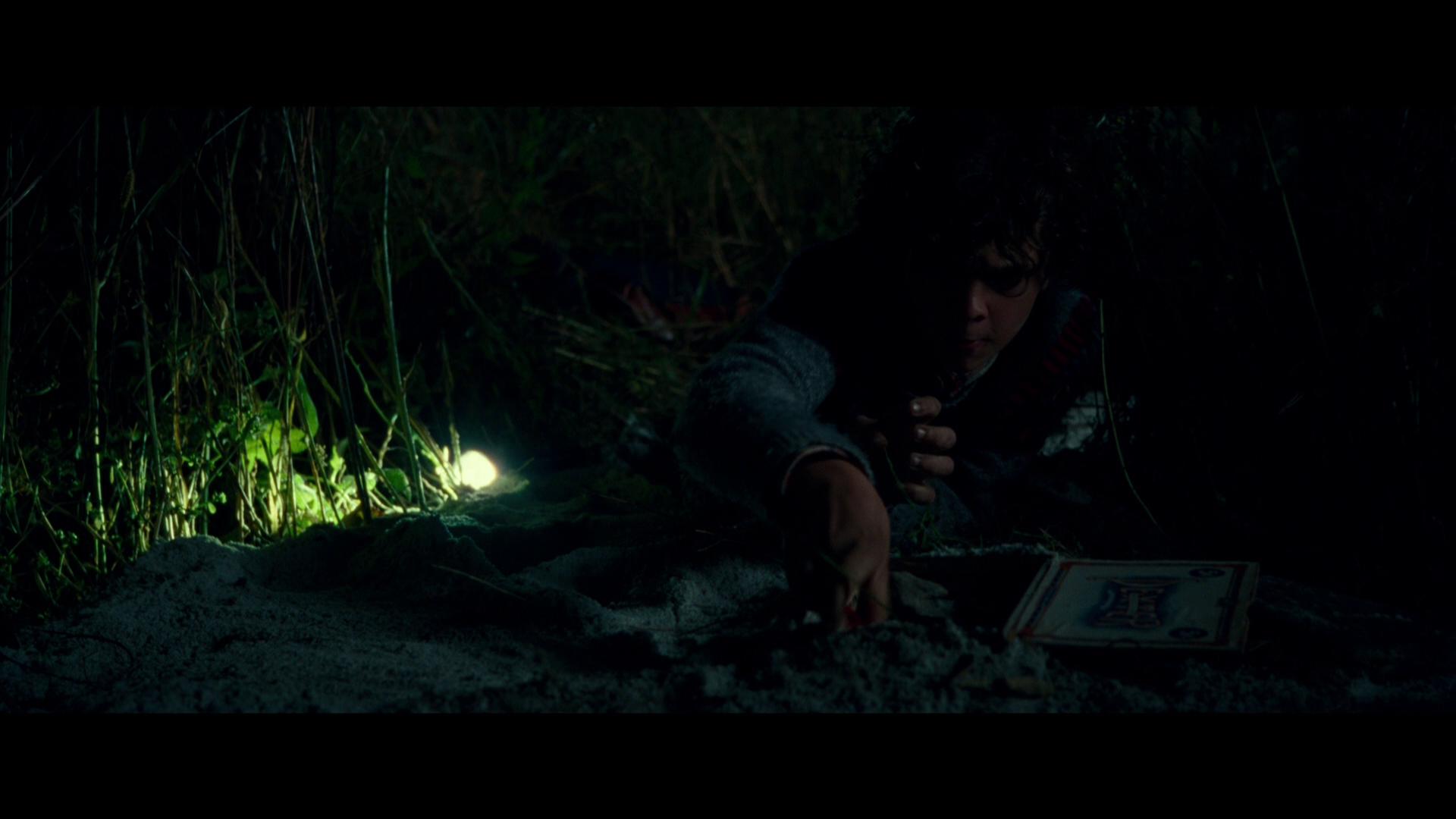 A Quiet Place is a movie that I had really been looking forward to sitting down to, especially after seeing the small amount of promotional material that had gotten airtime in my area. This movie, is a considerably nerve-wracking experience as you follow along, as you ultimately hope for the primary characters to make their way to safety. The movie does a really great job at playing into the elemental fears of its audience while the creature(s) ruthlessly hunt for anything that makes a sound. 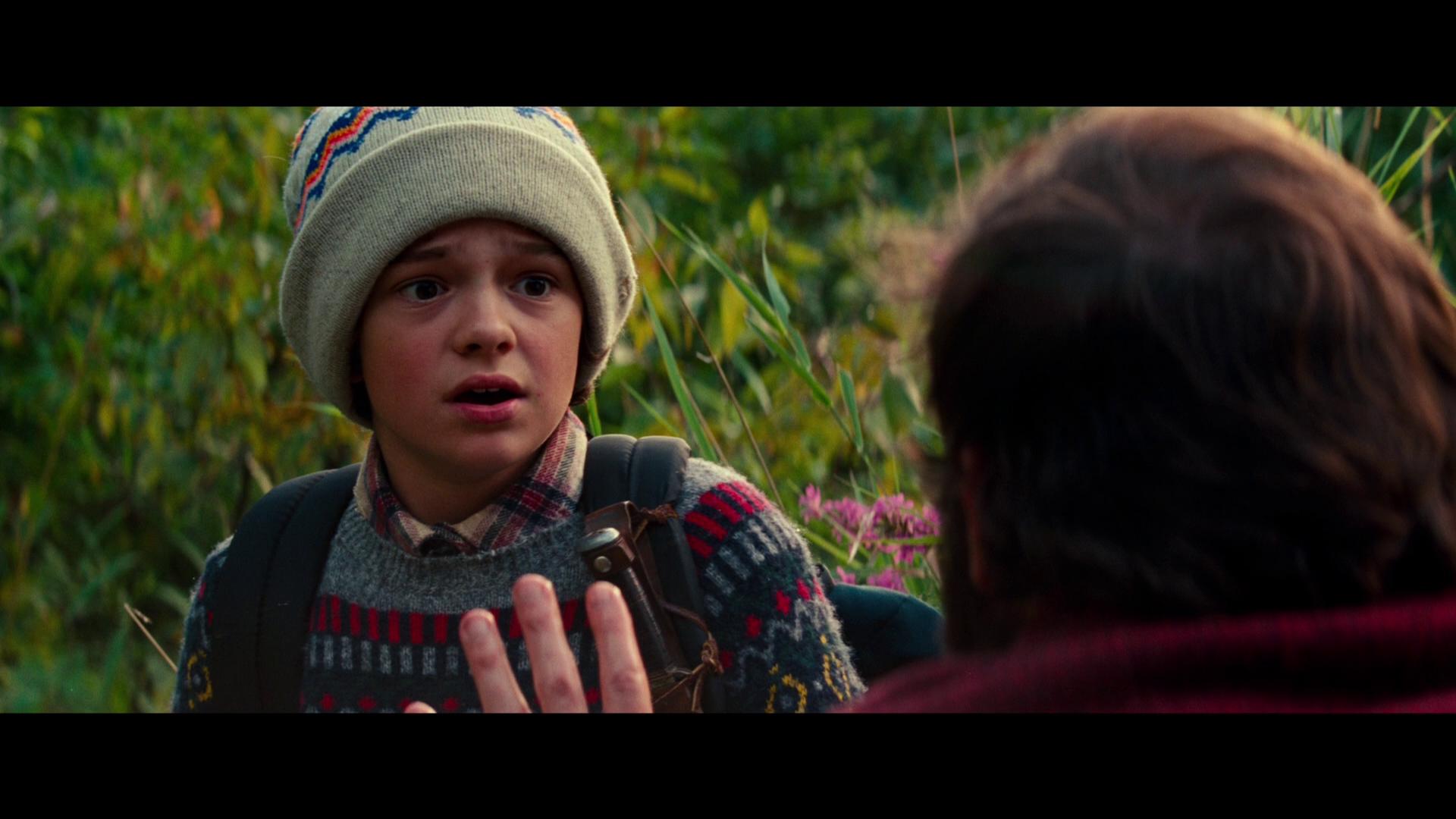 The Blu-ray release of A Quiet Place was absolutely exceptional as it does a fantastic job at visually portraying the stressful situation that the characters have been going through, as they navigate their way throughout their normal daily routines while trying to avoid encountering the creatures hunting them.  Even in the darker sequences, there seemed to be ample ambient lighting that allowed for everything to be visually seen and understood without having to pay any kind of additional focus or attention to detail to simply understand what is happening.  The CGI that was used for the creatures blended in very well with the natural elements, allowing for everything to feel life-like.  If I were to mention any kind of noteworthy scenes, I would definitely have to go with the one near the very beginning of the movie that involved the toy spaceship.

Packaged with a Dolby Atmos audio track, A Quiet Place sounded absolutely amazing as it power-housed through my home theater system.  Doing a really great job at placing the audience members right into the middle of everything as it unfolds, the film does a beautiful job with its transitions from channel to channel and its awareness of camera location.  The musical accompaniment of the feature was beautifully chosen, as it does a really phenomenal job at relaying the overall stresses of the environmental and creature problems that everybody is trying to avoid.  The small amounts of dialogue that are presented in this film are spoken cleanly, and not overpowered by any kind of elemental aspects as everybody is able to be heard and understood.  One of the more noteworthy scenes that plays out is the part with the fireworks as they powered through all of my speakers that I have setup throughout my living room.

The Blu-ray release of A Quiet Place comes packaged in your standard two-disc Blu-ray amaray case.  Within that case is the standard Blu-ray copy of the movie as well as the standard DVD copy.  Neither of the discs feature any artwork that’s related to the movie outside of the standard release text and considerably bland, solid-colored background.  There is also a digital copy redemption pamphlet that has been included for the various streaming options, as well as a slipcover that’s been made available during the original print run of the film that features the same piece of artwork that’s been made available on the case art. 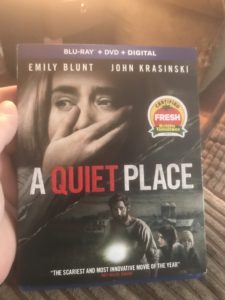 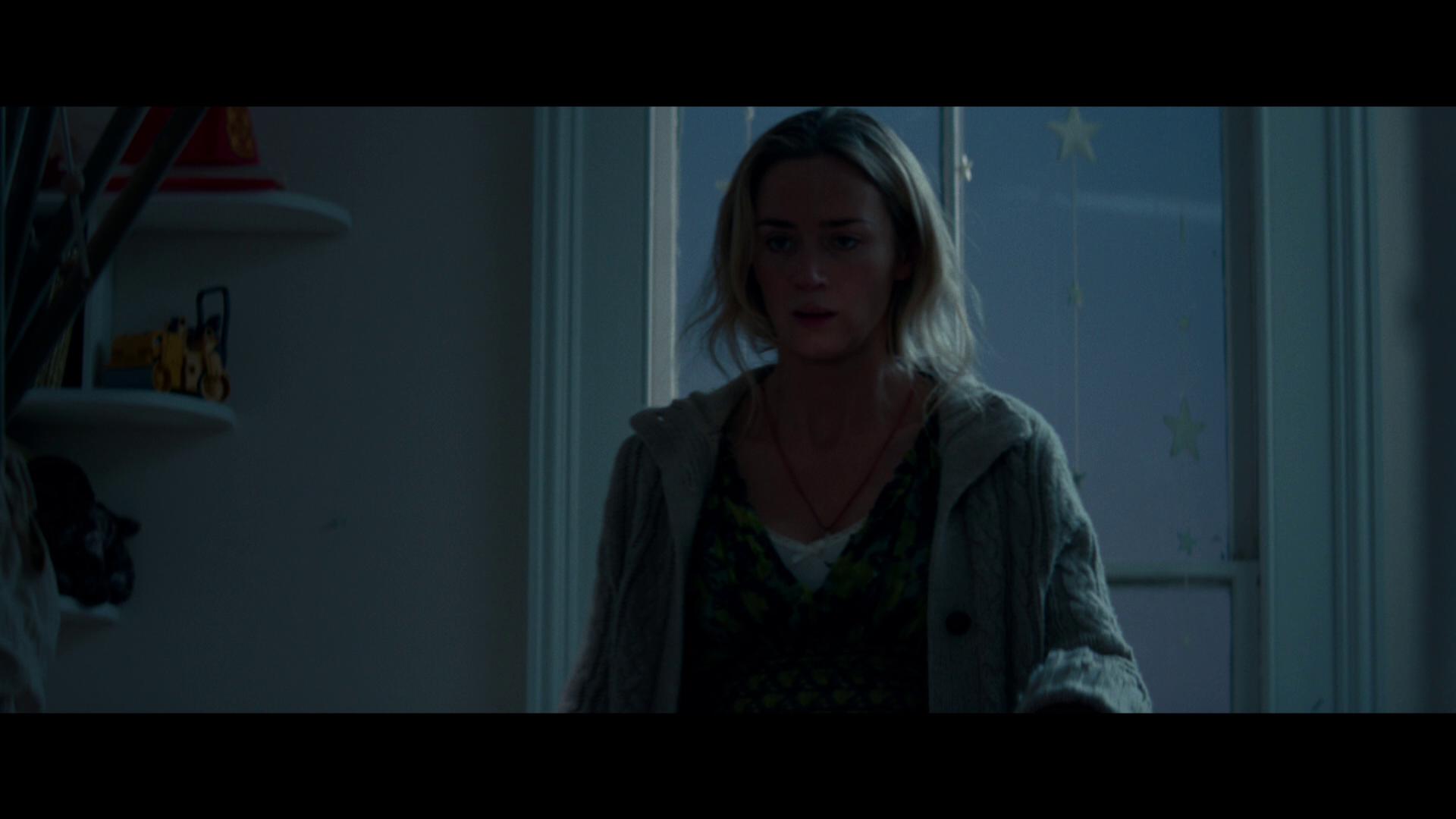 Overall, I was really happy with A Quiet Place.  I do with that with the creatures that were hunting people, that there would have been more gore; but, what we were given with this release, I can certainly say that I was not disappointed one bit.  The video and audio presentations of the Blu-ray release were really nicely done and beautifully told the story that they had set out to.  I was personally a huge fan of the audio track that was used with this release.  Special features really did a great job at showing the work that the cast and crew had put into this movie, allowing for a nice appreciation for the attention to details.  If you were on the fence about this movie, I would hands down recommend picking it up.  A Quiet Place was released on to 4K UHD, Blu-ray and DVD on Tuesday, July July 10, 2018. 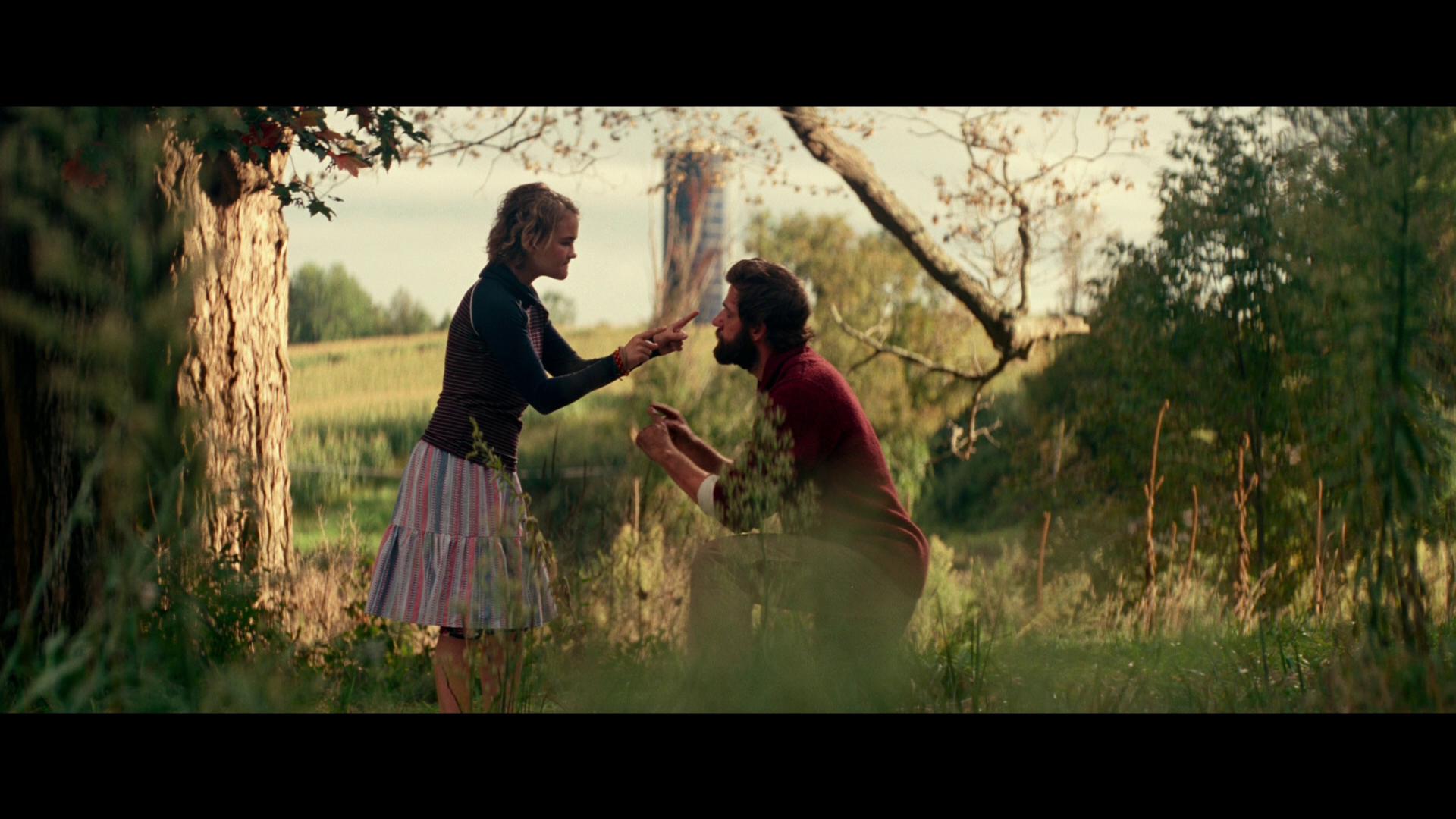 If you would like to see what Andrew thought about the 4K UHD release of A Quiet Place, you can check out his review here.