The 5th Wave tells us the story of a series of deadly attacks that devastate planet Earth and the humans that inhabit it.  During these events, we experience the fear, uncertainty and overall devastation that the characters experience as each attack increases in intensity.  The story’s lead character Cassie, played by Chloe Grace Moretz, works to overcome various obstacles to save her younger brother.  Based on the book written by Rick Yancey (which I honestly haven’t read); a film that captivates us all and presents that in the event of an extremely horrific event, not only do family members stick together to survive; but, society as a whole will work together to overcome anything.

The Movie Itself (4/5)
The 5th Wave was a really enjoyable experience.  Going into this film blindly, I had absolutely no idea of what to expect outside of the fact that it was a movie with aliens in it.  From the very beginning of the story, we’re brought into a series of catastrophic events that nobody can truly be prepared for.  Experiencing the emotions of stress, tension, fear, and exhaustion as the people of Dayton, Ohio try to wrap their minds around everything that is happening.  Overall, the movie was really well done aside from one aspect, your typical love interest.  The tradition of including a love interest into a disaster piece like this continues to reign true and truth be told, it’s getting old.  I would like to bring up the concept behind what the fifth wave actually was as while moving further into the story; I expected things to take an ultimate plunge however there is a small twist that made me appreciate the story even more.

Picture Quality (2.5/5):
While watching The 5th Wave, I found myself at times trying to understand what was going on as the story progressed.  I bring this up because the nighttime scenes aren’t presented in a very pleasant manner.  Most times, they are extremely dark and very hard to follow.  It wasn’t until I had adjusted the brightness of the television that I was able to visually follow the events that were unfolding in front of me during the night time hours.  However with all of that taken into consideration, and adding the fact that those scenes account for roughly 25% of the movie; the other scenes were presented very nicely. The inclusion of CGI into the film flowed really well with the natural scenes and perfectly displayed the horrible things that were happening.  In fact, observing the events that unfolded during the second wave; seeing how the overall reactions are captured and witnessing the devastation, I was definitely on the edge of my seat as everything just looked too real.  Despite the “realness” that I felt as I watched, I feel almost as if this movie didn’t fully utilize the capabilities of the UHD format.  The colors didn’t stand out as they should have and I just feel that they could have done a much better job with the picture quality when transferring the film for the release of the UHD version.

Audio Quality (5/5):
Overall, the sound quality of this film was amazing!  The presentation of the story and events as they occurred were extremely clear and concise.  Earlier, in my Picture Quality portion I had mentioned having to adjust my television settings to visually see what was happening during the night-time scenes; this was primarily a result of personal preference because I like to see what is happening.  The film was most definitely able to audibly convey everything as it progressed.  The production team did a stellar job with the use of the soundtrack and the use of the music tempo to convey the emotions of the characters as different things were happening.  With the use of the Dolby Atmos Technology, we’re able to have a completely immersive experience with those on-screen and truly appreciate everything that is going on around you. 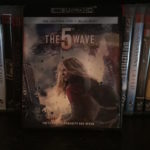 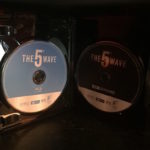 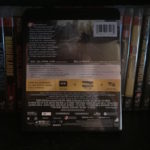 Overall, I enjoyed the movie and the story that it presented.  In looking at other sites and forums, I’m seeing this movie being compared to Independence Day and I can see where they would see this; however, I feel that the comparison was only made because of the alien presence in the film.  The concept of the alien presence that was used and their attack on Planet Earth was a new idea that I had never seen before; however when I watch a movie where I know there’s an alien attack of some sort, I expect there to be a greater presence than what was given in this movie.  I’m not quite sure, and it may be that I am spoiled by earlier films but I would’ve liked to see them more.  If you’re considering this film, I would strongly recommend going with the standard Blu-ray.