The story follows as five women, birthday girl Jess(Benadette), the best friend/has a crush on her best friend Aubrey(Parker), the pot head Donna(Danger), bad girl Rachel(Wachberger) and new girlfriend Michelle(Pistone), as they set out to go camping for a birthday get away. They encounter Ranger Rick(played by Jim Storm), a backpack full of pot ends up in their possession, and they are stalked through the woods by some strange creature as they try to have a fun birthday weekend. 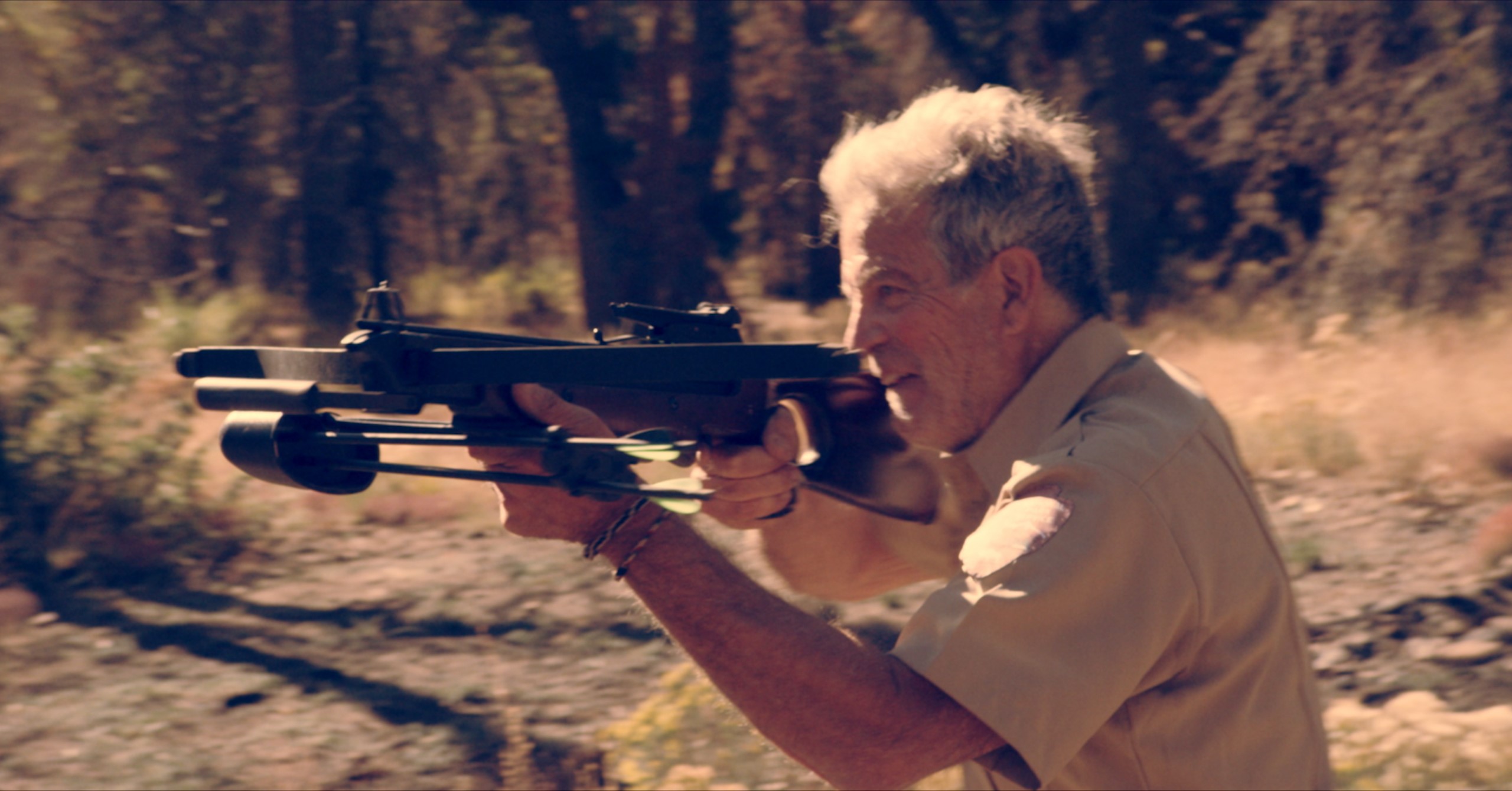 While the title may imply that the film is a generic, cheaply made horror movie that is far from the truth. Everything looks good between the shots, the special effects, the quality of the film. It all looks good which helps back up the movie. It lets you enjoy the characters for who they are. Each of the five women in the cast feel different and unique. None of them feel like the traditional horror trope of the last girl, you feel while watching that any of them could survive to the end. The Shape, as it is called in the film, only wins by surprise attacks and with weapons. Spoiler Ahead: The climax of the film, when the survivor of the group knows The Shape is coming and they are evenly matched with weapons, she kicks his ass to survive. A lot of horror movies would have her survive by luck or chance, not here.

While the film is mostly horror with some action, there is a romance subplot. Rachel and Michelle are there for a romantic weekend while Aubrey is going to confess her true feelings for Jess, her best friend. A lot of people may expect a horror film with lesbians to take the low road with gratuitous sexual scenes, but 4/20 Massacre handles it with dignity and respect while not feeling heavy handed.

The acting is top notch as all the characters feel real with Ranger Rick being a standout. He comes across as creepy but harmless for a bit of the film before coming back into the creepy route. The Shape (played by James Gregory) also does a good job without saying a line or even seeing his face, especially his interactions before and after a kill.

Most of the special effects are practical effects, they are all done well. A lot of the more violent moments are either shown right off screen or from an angle that doesn’t show the worst parts. Towards the end of the film there is a scene involving a crossbow that is well done. The arrows look like they are actually being fired and ending up in a body. There are some extremely brutal kills in the film that the practical effects do great jobs with.

Some Extra Thoughts: Two decapitations, broken bottle through face, throats cut, eyes put out with joints, intestines cut out, but none of them compare to bong through the head. Donna lists all the bad things to happen on 4/20 including Hitler’s birthday, Bay of Pigs, Waco, Oklahoma City Bombing, and Columbine. I don’t know if all of these are true, but wow. 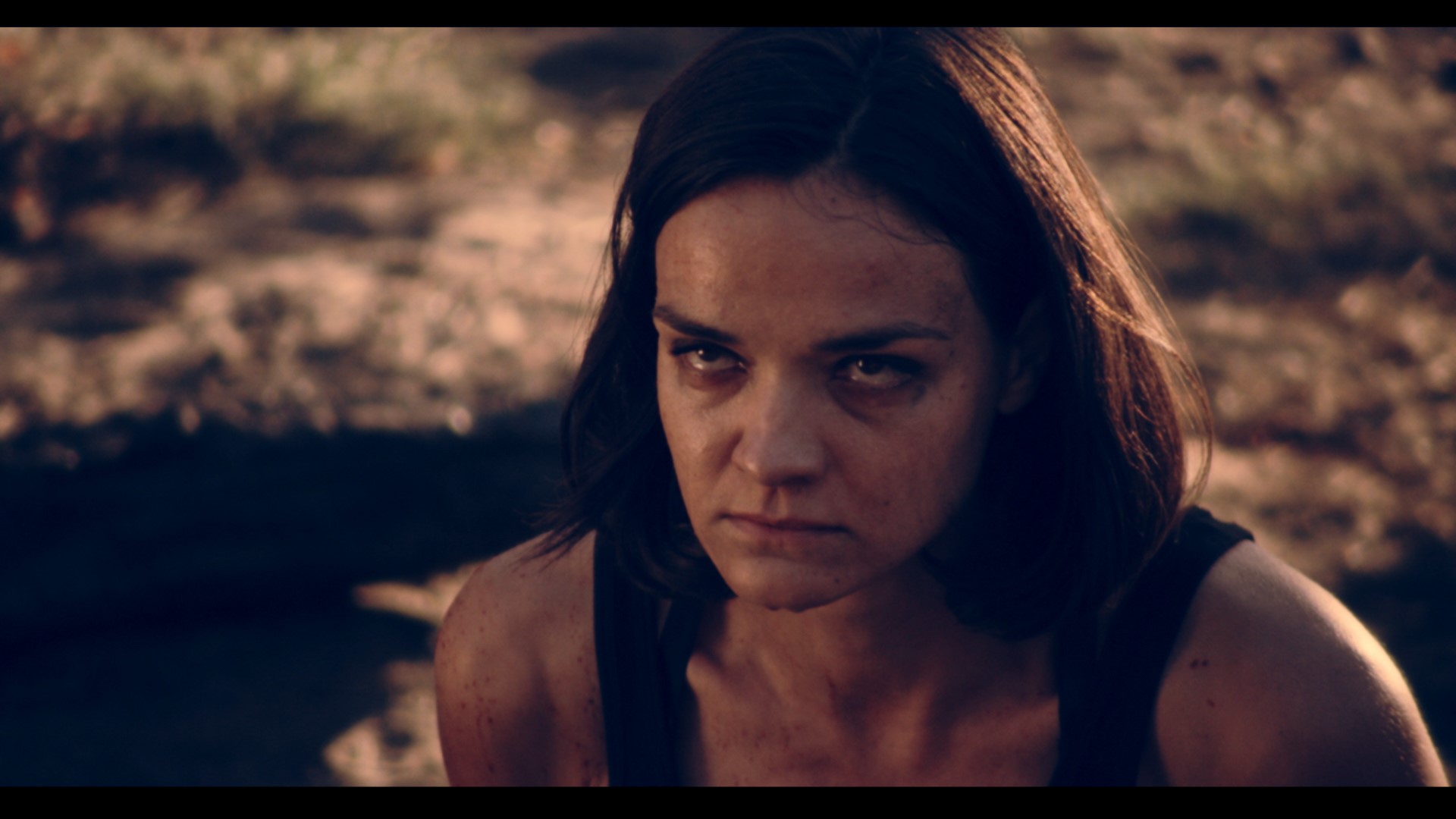 The film does excellent work with the audio and soundtrack of the film. Shooting outside you would expect some of the quality to be lost, but they don’t lose any of the dialogue to outside noises or bad audio situations. They manage to keep the natural sounds of the forest without it getting in the way of dialogue. The soundtrack also fits in perfectly with a creepy siren song playing during parts of the film. The song is creepy, but soothing and adds a lot to the moments between the horror. This is more impressive where it doesn’t drown out any of the characters speaking. With a lot of movies like this you would expect their to be audio issues almost, but they go above an beyond.

4/20 Massacre is a nice treat for horror fans. It isn’t going to break new ground, but it adds just enough twists to the old formula to bring something to the table. If you enjoy pot, you’ll like the movie and if you hate pot, you’ll enjoy the movie.