31 is a 2016 American horror film that was written and directed by Rob Zombie and features an ensemble cast that includes Sheri Moon Zombie, Jeff Daniel Phillips, Lawrence Hilton-Jacobs, Meg Foster, Richard Brake, Malcolm McDowell, Judy Geeson and Jane Car. The films plot centers around five carnival workers and their survival playing a game called “31” while evading a group of murderers that are known as “The Heads” and are dressed as clowns that have names that define their unique personalities.

Taking place during Halloween 1976, we are introduced to a group of carnival workers, Charly, Venus, Panda, Levon and Roscoe. The group are attacked and taken to a large, strange building where three elderly people are wearing aristocratic clothing, powered wigs and makeup and go by the names of Sister Dragon, Sister Serpent and their leader Father Napoleon-Horatio-Silas Murder. The trio tells the carnival workers that they are going to play a game called “31” and it will last for the next 12 hours. The group is placed in a series of maze-like rooms, where they must defend themselves against the “Heads”, several murderous clowns who all share the same intention of torturing and murdering them, all while the group are given odds for their survival and bets are placed on them.

This film was crowdfunded twice at fanbacked.com and at a test screening, Zombie compared this film to his 2005 film The Devil’s Rejects. It was originally submitted to the Motion Picture Association of America twice and both times it received an NC-17 rating. The description as given by the MPAA notes “sadistic graphic violence, bizarre sexuality/nudity, pervasive disturbing images and some strong language.” On January 5, 2016, it was finally granted an “R” rating for “strong bloody horror violence, pervasive language, sexual content and drug use.” Zombie is later quoted on his Facebook page that a “Zombie Cut” would eventually be released and would include the original uncut version.

Overall, the film holds an approval rating of 48% on Rotten Tomatoes and this is based on the 31 reviews that were submitted and has an average rating of 5.3 out of 10. The overall consensus reads that “31 delivers all the high-energy gore Rob Zombie fans have come to expect, but a lack of fresh ideas and likable characters mean the already converted nee apply.” It has also received high praises from horror movie outlets such as Fangoria and Bloody Disgusting, the latter of which really seemed to have enjoyed the films soundtrack and was quoted to believing that it “propels a lot of the violence.”

It is also believed that some of the 2016 clown sightings phenomenon that engrossed not only the US, but other countries as well, may have been part of a viral marketing campaign. It is hypothesized that it was either for this film or the anniversary release of Stephen King’s It. 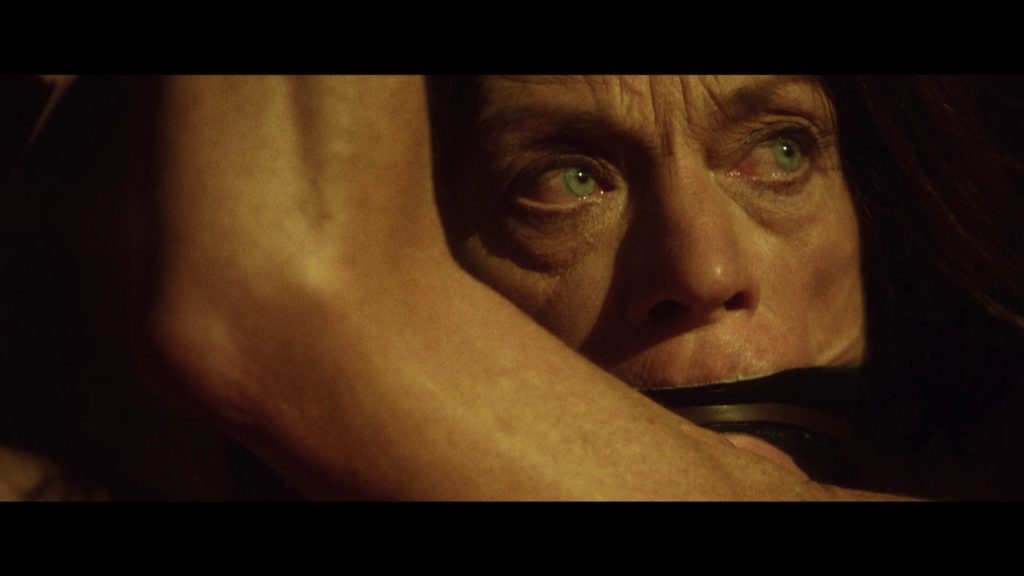 Rob Zombie has always been a filmmaker that has continuously left my jaw on the floor in absolute amazement, and 31 did not disappoint one bit.  This film is packed full of “holy shit” moments, I couldn’t even stand to look away from the screen for one second.  This movie starts out with a relevantly creepy clown discussing the events and his overall train of thought and from there it phases right into the main storyline and from there the events really, really unfold.  Imagine taking The Hunger Games,  Battle Royale, and The Maze Runner and add a gratuitous amount of disturbia and you have exactly what this film is and what it presents. 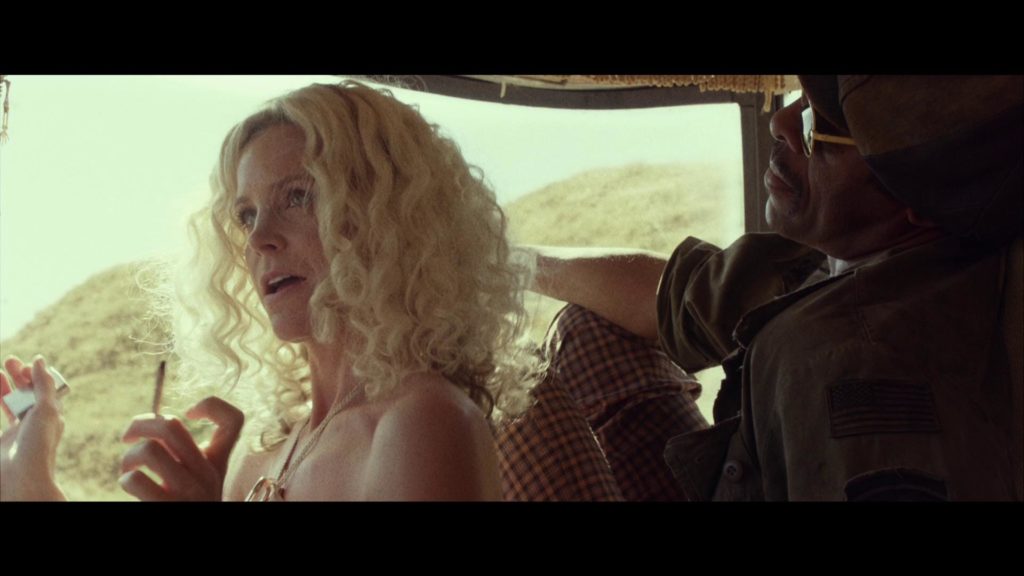 31 looked absolutely phenomenal as it played across my living room television.  With the story maintaining an extremely creepy and dark undertone, there was more than enough ambient lighting to allow home audiences to visually see and understand everything as it played out; and with that, we were able really understand the pure carnage that this group of carnival workers were subjected to.  Being able to see the pure violence unfold allowed for a much more impactful experience as I’m sure that Rob Zombie absolutely wanted to invoke the insanity upon his audiences. 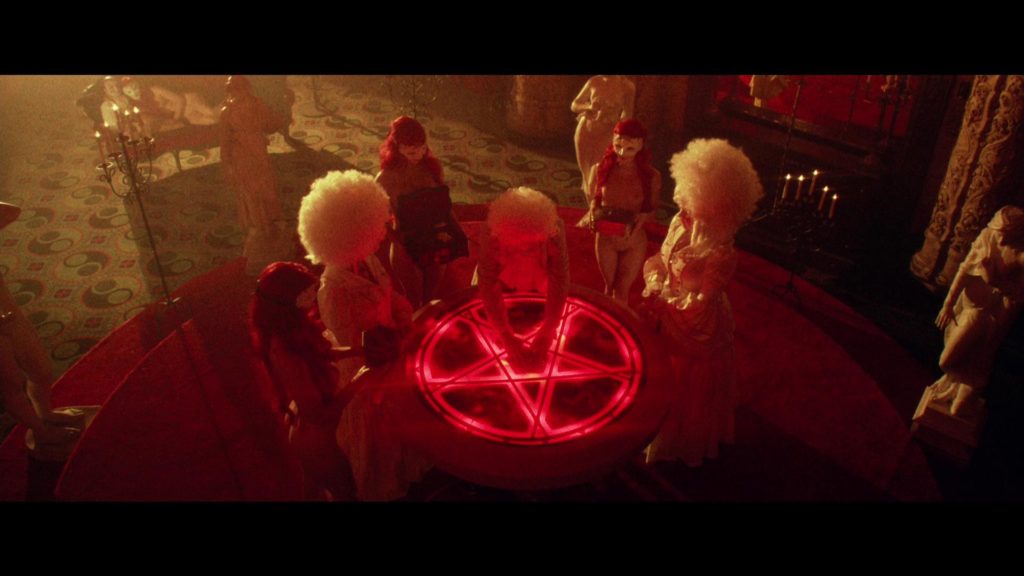 I would have absolutely loved to have heard at least a 7.1 audio track with this release as that would allow for a much more immersive experience.  However since 31 comes with a DTS-HD Master Audio 5.1 track, the film and its events were extremely clear as the sound powered through my home theater system.  Making full use of the surround effects as the carnival workers were going through the maze and being chased down really allowed me to feel as if I were right there with them.  One extremely notable sequence was when the clowns bearing chainsaws were swinging their chainsaws around, hearing the revving of the motor and movement of the blade move between the front and the rear speakers was a phenomenal experience; and as someone who doesn’t like going to haunted houses, it really felt like I was there. 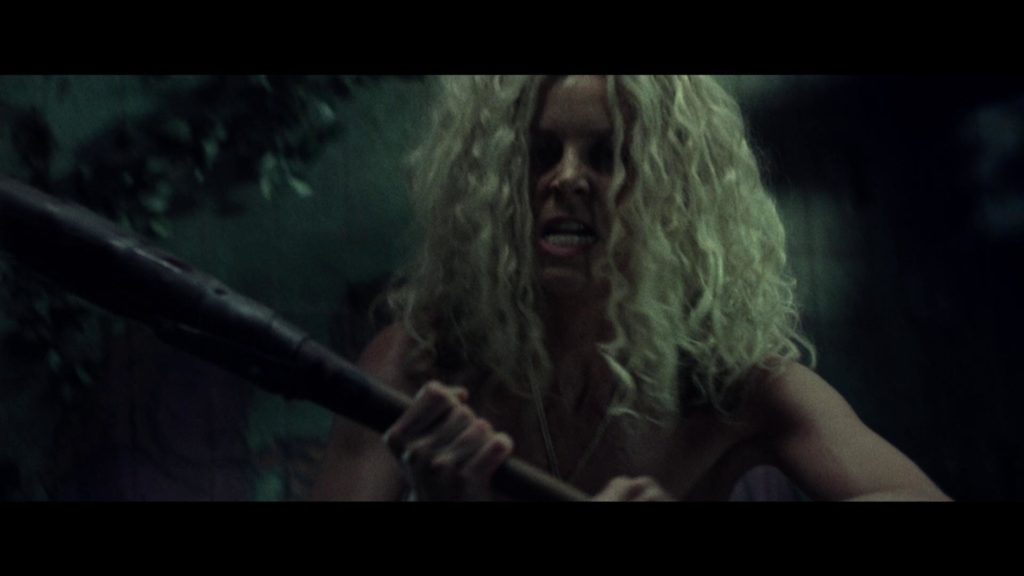 31 comes packaged in a standard Blu-ray amaray case that features artwork that really expresses the overall creepiness of this film.  Contained within its casing is a standard Blu-ray copy of the film as well as a digital copy redemption pamphlet allowing consumers to add the film to their digital library.  There is no DVD copy of the film included with this release, however there is a slipcover that is made available in its first pressing.

After checking out the bonus features for the Blu-ray release of 31, I can clearly tell that Rob Zombie definitely went for a quality versus quantity vision for this release.  Included with this release is: 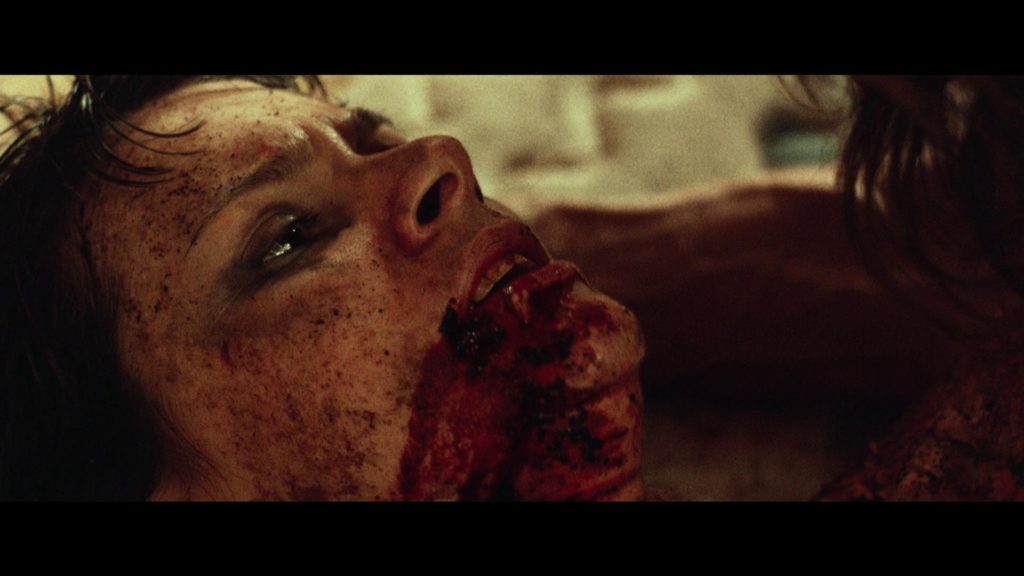 I will be honest and up front about 31.  I went into this film unsure of what I was going to feel like, however I am beyond words glad that I decided to pick this up.  The story that is presented is gruesome to the point that makes me wonder what all Zombie had cut from the film to get the overall rating to be reduced.  If he actually follows through with the release of the uncut version, I can guarantee that I will be grabbing that as well.  The visual and audio aspects of this movie were great and extremely creative and made my wife and I actually question what all goes through Rob Zombie’s mind.  Plus, not to mention that Elizabeth Daily, the original voice of Tommy Pickles in Rugrats plays Sex-Head the clown really made this film even more comical.  If you’re looking to check this film out, I highly recommend you order it from Amazon now!