2 Guns offers up decent video and outstanding audio in a Blu Ray release worth picking up for fans of action flicks or the great lead actors (Denzel Washington, Mark Wahlberg)

2 Guns has been available on Blu Ray for over a year now, and has been sitting on my shelf since I picked it up for right around $5 from a sale at Frys.com. It can be had these days for $14 at Best Buy and Amazon, but I would suggest waiting for a sale, as this is a typical shoot-em-up action movie that will eventually drop to around $5 again on sale, and should sit at lower than $10 on any given day. $14 is too high, so wait on purchasing this one for now! The only special packaging that came with this initial release was a MetalPak from Best Buy, which will currently run you $28. If you are a crazy fan of the film, and are a collector of MetalPaks and collectible packaging, by all means buy this version. For the casual fan, I would skip this one as it is not worth the price. As far as typical packaging, at this point you would be lucky to find a copy with a slipcover, as even 6 months ago when I purchased this title I did not receive a slipcover. Most likely you will be buying a simple Blu Ray/DVD Combo pack without the slipcover.

2 Guns delivers a very average picture, especially for a “bang, bang, boom” type of film which offers up plenty of explosions, shootouts, and fight scenes. It is definitely nothing to write home about, and would fall right in line next to any average Blu Ray release, far behind films which really utilize the Full HD 1080p resolution, like “Avatar”, or “The Avengers”. A few of the scenes with large explosions are actually very subdued, using a slow motion technique rather than unleashing the full brunt of the blast onto our screens. This does not work well within the film, as it is very much supposed to be filled with action and should not water down these scenes by using cheesy slow motion. 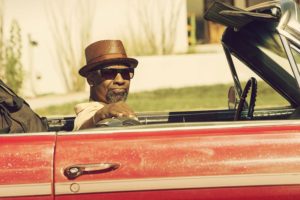 With the film centered around the vast desert areas along the US-Mexico border, the yellowish tint to the film (pictured above) is actually very underwhelming at times. I was reminded of Breaking Bad when observing the color of the scenes, especially those taking place in Mexico. Breaking Bad was so well done that anything else seems like a cliché, which bothered me. However, moving past the negatives, there are definitely some positives! Darker scenes at night in cars, garages, and inside homes are very well done. The deep black colors really shine, but without muddying the picture. The end sequence is also extremely entertaining and ditches the slow motion for a full-fledged, massive scale shootout with all kinds of players. The film is worth picking up for this scene alone, as it is a joy to watch. Just don’t overspend!

2 Guns runs a DTS-HD 5.1 audio track, and it is always a good thing to see that “DTS-HD’ or “Dolby TrueHD” listed on a Blu Ray’s audio specs as they are both the top of the line when it comes to home entertainment audio. For those with 7.1 systems, I would be a bit disappointed that this did not come with a 7.1 audio track, as the sound is really the strongest point of this release. However, even with the 5.1 track, the sound is incredible. This has a lot to do with the content of the film, which is packed with shootouts and explosions for most of the film. The dialogue was incredibly clear through my center speaker, which was a plus. Often with a louder film like this one, you would find yourself constantly adjusting the volume to find the right mix of the louder action and the softer dialogue, but I jumped right into watching this at a constant volume with no clarity issues. Again, the standout scene from an audio perspective comes at the end of the film, where the end scene features Apache helicopters, thousands of flying bullets, and multiple explosions. It is ultimately one of the better sounding action movies I have seen recently, and the final sequence is a great chance to push your system and see it reach its full potential. 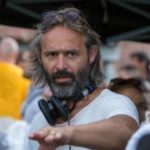 The extras on this release are far from excellent, and are certainly the low point. The Blu Ray/DVD Combo pack includes the standard “Deleted and Extended Scenes” (12 minutes), as well as a commentary track with Director Baltasar Kormákur and Producer Adam Siegel, as well as a few short features on the making of the film. the deleted scenes do not offer much to the film, but would be fun for fans. The commentary is very dull to start and somewhat reserved. Kormákur seems very uninterested, as he often defers to Siegel, who rambles on very quickly throughout the commentary (too quickly for me). I must admit, I am not a huge fan of the commentary tracks on these very average films as they are what they are; basic shoot-em-ups which really do not need much explaining. In a film so simple and fun as this one, there does not seem to be a need for a commentary track. Overall, I definitely would not buy this one for the extras, and the lack of extras is also a major reason why it will most likely hit the “Under $10” shelves in the coming months.

Final Verdict: Pick this one up and have some fun with it, especially if you are a fan of the leads (Washington, Wahlberg) but wait for it to hit the bargain bins or special sale shelves before you buy!