13 Reasons Why is an American teen drama web television series that was developed for Netflix by Brian Yorkey, based on the 2007 novel of the same name by Jay Asher. The series revolves around a seventeen-year-old high school student, Clay Jensen, and his deceased friend Hannah Baker, who has killed herself after having to face a culture of gossip and sexual assault at her high school and a lack of support from her friends and her school. A box of cassette tapes recorded by Hannah in the lead up to her suicide detail thirteen reasons why she chose to end her life. The series is produced by July Moon Productions, Kicked to the Curb Productions, Anonymous Content, and Paramount Television, with Yorkey and Diana Son serving as showrunners.

The first season was released on Netflix on March 31, 2017. It received positive reviews from critics and audiences, who praised its subject matter and acting, particularly the performances of Minnette and Langford. For her performance, Langford received a Golden Globe Award nomination for Best Actress – Television Series Drama. However, its graphic depiction of issues such as suicide and rape, along with other mature content prompted concerns from mental health professionals. In response, Netflix added a warning card and from March 2018 on, a video that plays at the start of each season warning viewers about its themes.

In May 2017, Netflix renewed 13 Reasons Why for a second season; filming began the next month and concluded that December. The second season was released on May 18, 2018, and received negative reviews from critics and mixed reviews from audiences. A third season was ordered in June 2018, and is set to be released in 2019. Critical and audience reaction to the series has been divided, with the program generating much controversy between audiences and industry reviewers. 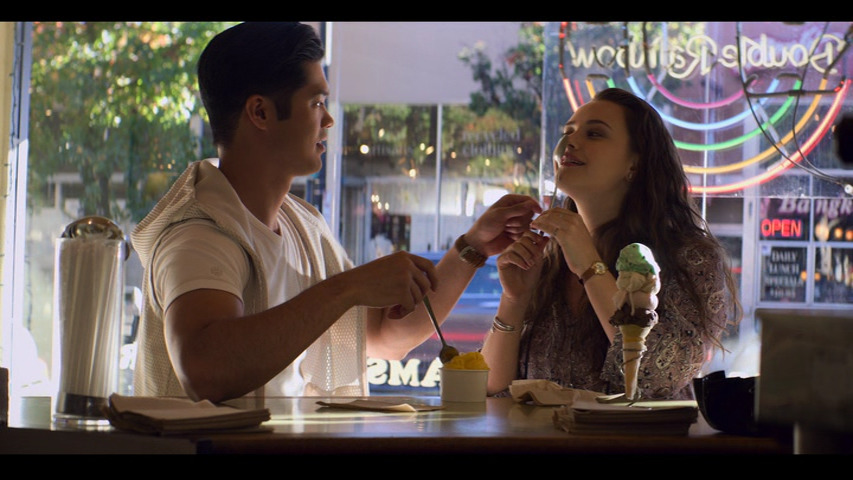 The second season of 13 Reasons Why takes a continued look into a story that’s not only been considerably controversial, but one that’s been the most in depth that I’ve personally seen when covering the more disturbing aspects of peer pressure, bullying, and social issues that come with being a teenager. Already leaving itself on a high note with the end of the first season, audiences found themselves in a place wondering exactly where things could have gone from that point, and this new season really ramps things up a notch. Offering not only twice the drama, but a wider range of issues that come with being associated with a tragic event like the death of their classmate. Progressing through the various court proceedings, we see how not only these kids poor choices affected their peers, but how they really affect themselves. How exactly their behavior toward other kids in their class can potentially have a negative impact on them, and just exactly why you shouldn’t be an asshole to those around you.

13 Reasons Why: Season 2 is made available on a standard DVD release format, distributed by Paramount Television. As much as I would have loved to have seen this release come available on Blu-ray like other Netflix shows, this kind of visual presentation is all that we’ll be getting in terms of a physical release. Overall, the visual presentation was clean, and my wife and I were able to see and understand everything as it was happening; but, we could help but feel as if that the Netflix presentation of the series offered much more of a richer presentation, regardless of any compression algorithms in use. The scenes of this release weren’t incredibly detailed, but they did cleanly convey the emotional aspect of the different parts of the story that they had set out to tell, and overall with a DVD release, we can’t really complain since it was clean, and able to be followed without any issues whatsoever. 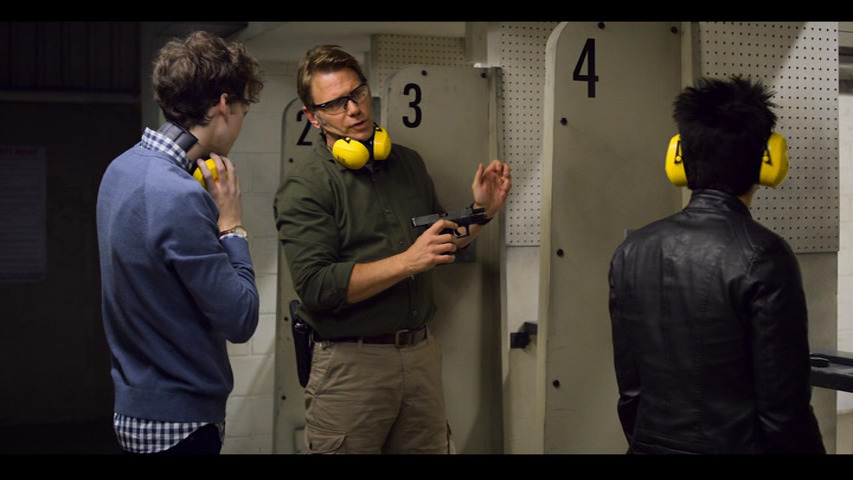 Packaged with an English Dolby Digital 5.1 audio mix, the DVD release of 13 Reasons Why: Season 2 offers an audio experience that maximizes the abilities from within the format as a whole. While it’s not as immersive or lossless as you would want it to be given the popularization of the lossless technologies, it was able to properly convey everything that was intended without any hesitation in the audio track whatsoever. The musical accompaniment that blended into the season was really on point in putting viewers right into the middle of everything, and the dialogue was spoken cleanly, allowing for the characters to be heard and understood without any need to adjust the volume levels as it played along. 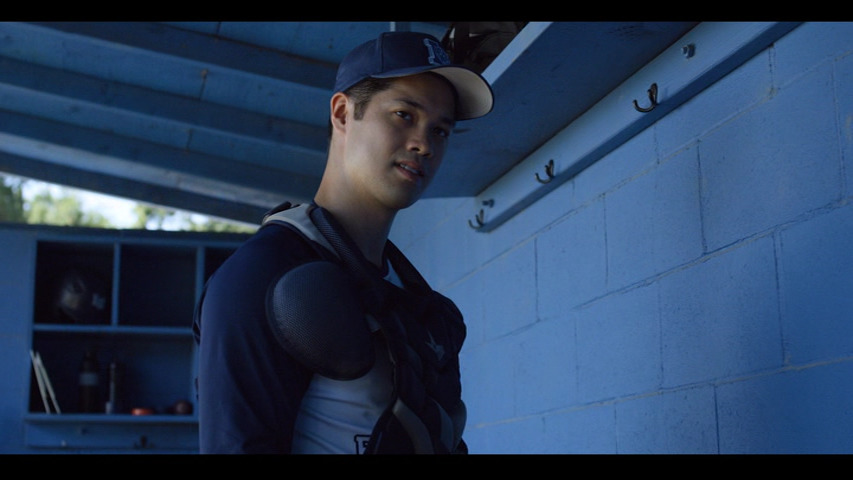 The DVD release of 13 Reasons Why: Season 2 comes packaged in a four-disc DVD case.  In that case, all four discs that make up the release, none of them featuring any artwork for the series outside of the standard release text.  There aren’t any digital copy redemption pamphlets included with this release; however, there is a slipcover that’s been made available in the original pressing of the release that features the same artwork as the case. 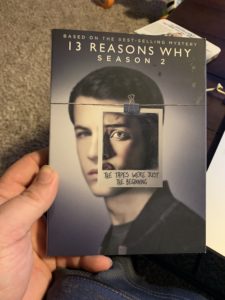 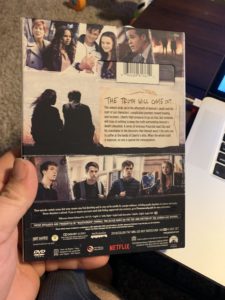 Unfortunately, there are no special features included on the DVD release of 13 Reasons Why: Season 2, and as a result there will be no rating on this section. There’s no point in putting a rating on something that simply isn’t there. 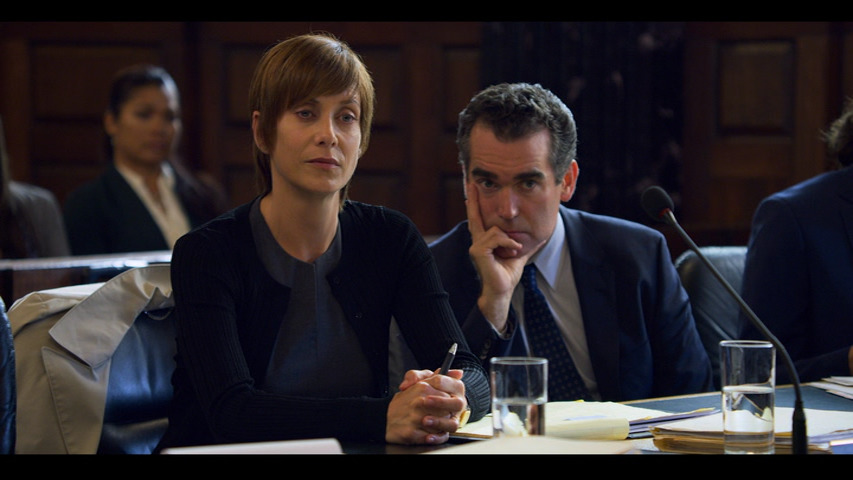 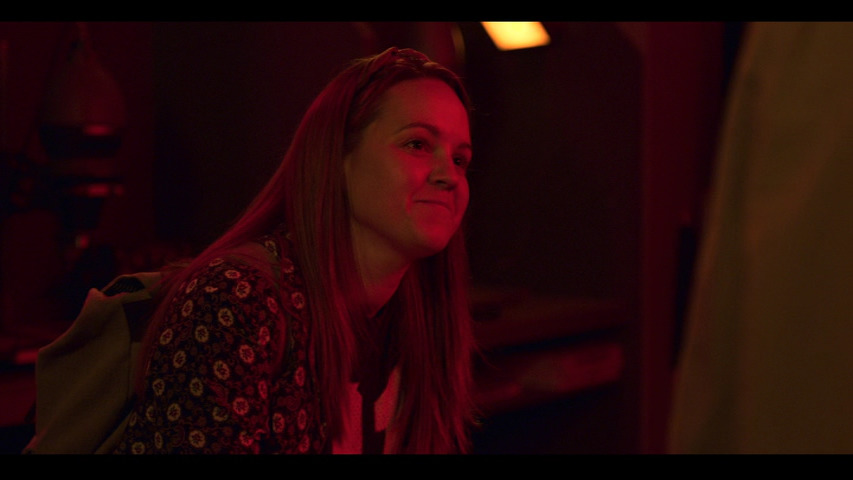 Overall, my wife and I enjoyed Season 2 of 13 Reasons Why. After watching through the first season shortly after its release, we were curious to see how and where things would go, and this season certainly did a good job at keeping us on our toes, and has us eagerly waiting to see what the third season will be holding for us. The video and audio presentation of the release were exactly how you would expect them to go with a standard DVD release; and it is a shame that there isn’t going to be a Blu-ray release for this; but I can understand the choice had likely been made given the fact that it’s not the most popular series on the streaming platform. If you’re considering this release for your collection, I’d definitely recommend grabbing it, especially if you too already have the first season. 13 Reasons Why: Season 2 is available on DVD today. 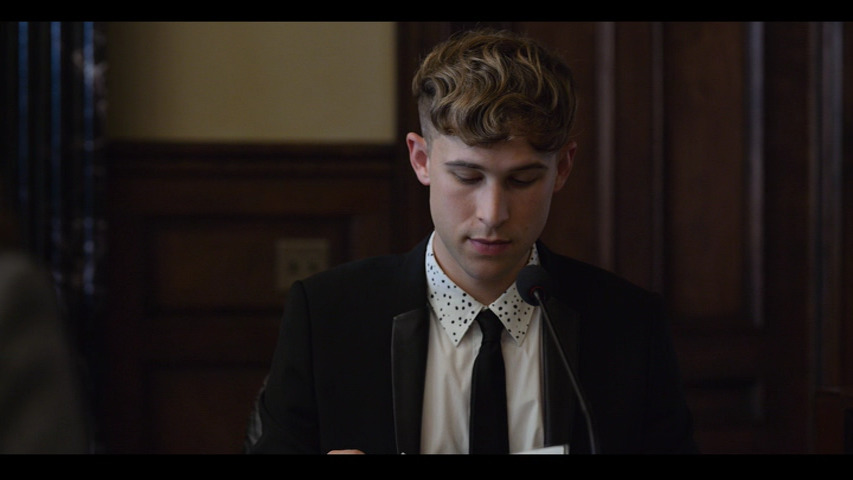