2016 is almost halfway through and so I’d thought it would be fun to look back 10 years and see what films came out that not many people seem to talk about any more and may have slipped past your radar but are certainly worth giving a watch (or a purchase).  So let’s jump in the wayback machine and go to 2006 and look at 10 hidden film gems from 10 years ago! 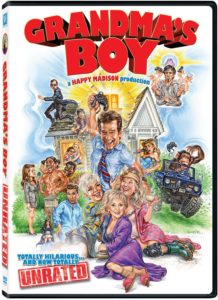 Back when Adam Sandler’s film company was still churning out passably humorous films there came this stoner/gamer comedy that I never thought got the recognition it deserved.  There are many great jokes in this film, a fantastic cast and a surprisingly good story at the heart of the film.  It was never destined to win awards and it hasn’t gotten a Blu-ray release but it won some hard earned laughs from me and earned a spot in my film collection. 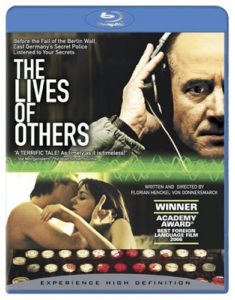 The was the Oscar winning Best Foreign Language film of 2006 so you have probably heard of it before but I think it deserves a second look if you don’t own it already.  This is a very interesting view into the life of a German surveillance expert and what decisions he makes based on his work.  It’s a simple premise but the way director Florian Henckel von Donnersmarck weaves more details into the story and ratchets up the tension makes for a compelling viewing experience.  The film is not perfect but it is very interesting. 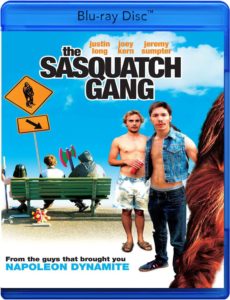 Another irreverent comedy which I think is superior to Napoleon Dynamite and deserves to be just as popular.  It’s more of a coming of age innocent teen comedy and that dynamic makes it far funnier to me.  It’s still a cult film with a “so bad it’s good” feel to it but at least it feels like the makers are in on the joke with this one.  It’s possible this is one of those love it or hate it type films but I can’t help but find it pretty damn funny. 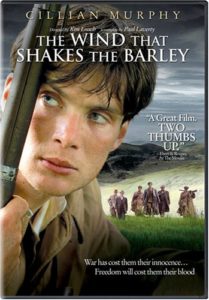 4 – The Wind That Shakes the Barley

This film seems to only be available on DVD which is really a shame.  I personally love Cillian Murphy as an actor and he puts on a fine performance here.  This film was the winner of the Palme d’Or at the 2006 Cannes Film Festival and it is an interesting story that is set during the early days of the Irish Republican Army when they had to get citizens to help take up arms during the British occupation.  The film is brutal, and sad.  It seems to accurately portray the events and locations.  If you have any interest in this type of story you need to check it out. 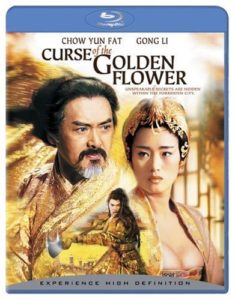 5 – Curse of the Golden Flower

While not as good as Crouching Tiger Hidden Dragon or as fun as Stephen Chow movies I still had a good time seeing this one.  Director Zhang Yimou (Hero, House of Flying Daggers) tackles this tale of a divided royal family and a quest for revenge.  It is a vividly colorful film that is fictionalized history during the Tang Dynasty.   It is over the top melodrama, which can be a positive or a negative depending on what you like.  Some of the CGI is pretty bad, but it still is a visually interesting film that should be seen. 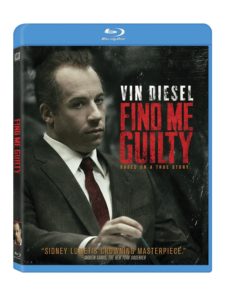 If you think that Vin Diesel can’t do anything other than action movies you should really check out this courtroom comedic drama from Sidney Lumet.  It is funny and most of the courtroom testimony is taken from the real trial transcripts of the larger than life Giacomo “Jackie” DiNorscio who thought it would be best if he represented himself and got the jury to like him.  Peter Dinklage also stars as the defense attorney. 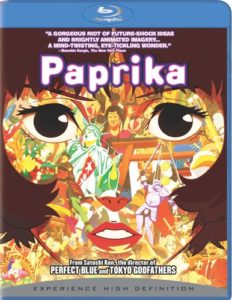 The only animated movie on my list but this one is an interesting one.  The film from director Satoshi Kon centers on a new machine that allows scientists to enter and record a subject’s dream.  However the machine is stolen and so a detective and therapist try recover the device before a “dream terrorist” can get it first.  Yes it predates Inception and yes it is trippy in a way that only Anime can be. 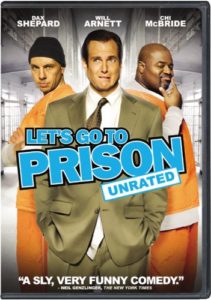 If you like Dax Shepard you should really see this.  Directed by Bob Odenkirk as a dry, quirky, and slower-paced cult comedy it never really seemed to find a home with either critics or audiences.  Again this is a comedy that has never been released on Blu-ray.  If you appreciate different kinds of humor or have been involved in the prison system in any way I think there are many things to appreciate here.  The cover makes it look really stupid or like a made for TV special but there is a lot of understated well written comedy here. 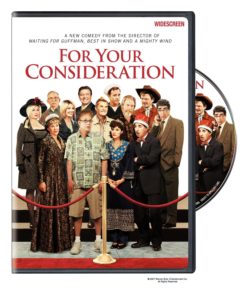 Everyone knows Christopher Guest and his “mockumentary” films and yet interestingly he has a couple films still not released on Blu-ray; Waiting for Guffman and this one For Your Consideration.  While not as great as his previous movies this one is still really funny and an interesting take on Hollywood and their awards.  His usual cast and joke style is fun to see again especially since he hasn’t directed a feature with them since.  This one might not be for everyone but if you already like Guest and his comedy crew and haven’t checked this one out you owe it to yourself to see it.

I think this is the first movie I’ve seen where the entirety of the show is all bad dad jokes.  It is a film based on the popular Garrison Keillor radio show directed by Robert Altman.  Practically the entire cast is recognizable and they seem to be having fun.  I did like the witty banter and jokes, the story and pacing may put off some but it is a pretty different perspective and there aren’t many movies like this out there.   I could have sworn there was a Blu-ray version of this movie but I couldn’t find one.

This has been my 10 Hidden Film Gems From 10 Years Ago.  I hoped you enjoyed them and if you haven’t seen them you should check them out.  This just goes to show that there are many films, even recently releases, that still are not on Blu-ray but need to be.  Perhaps in the future we can take another trip down memory lane and find some more little talked about movies.